Homeless Kitten Finds Someone He Loves and Follows Him Everywhere He Goes.

A man from Long Beach, California came across a homeless kitten who meowed for his attention.

When he approached the kitty, the tiny feline walked right up to him for some snuggles. 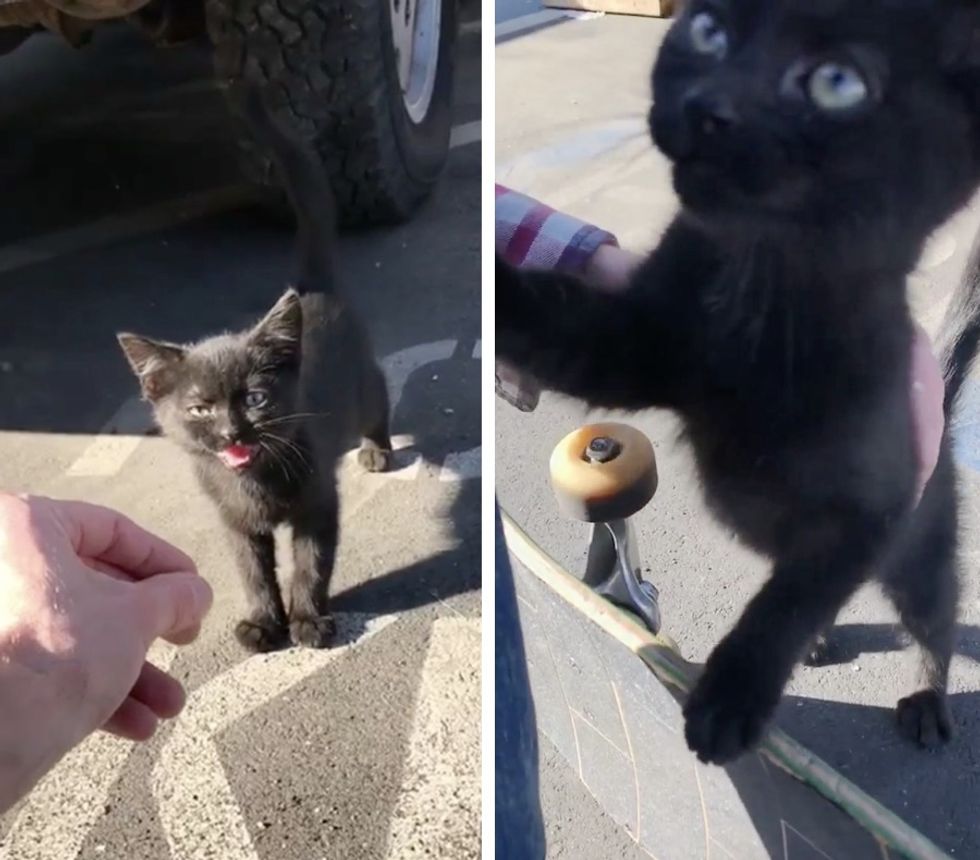 Justin LaRose found a little black kitten wandering around a dumpster for food scraps. He called to him to see if the kitty would respond. Right away, the kitten jumped out and headed over to him.

"He came right out and was immediately snuggly and clearly hungry," LaRose told Love Meow.

The man asked around the neighborhood to see if the cat had a family, but no one came forward to claim him.

He couldn't leave the kitten out fending for himself, and when he brought him into his woodshop, the little guy started rubbing his face all over him.

"So I adopted him," LaRose said. 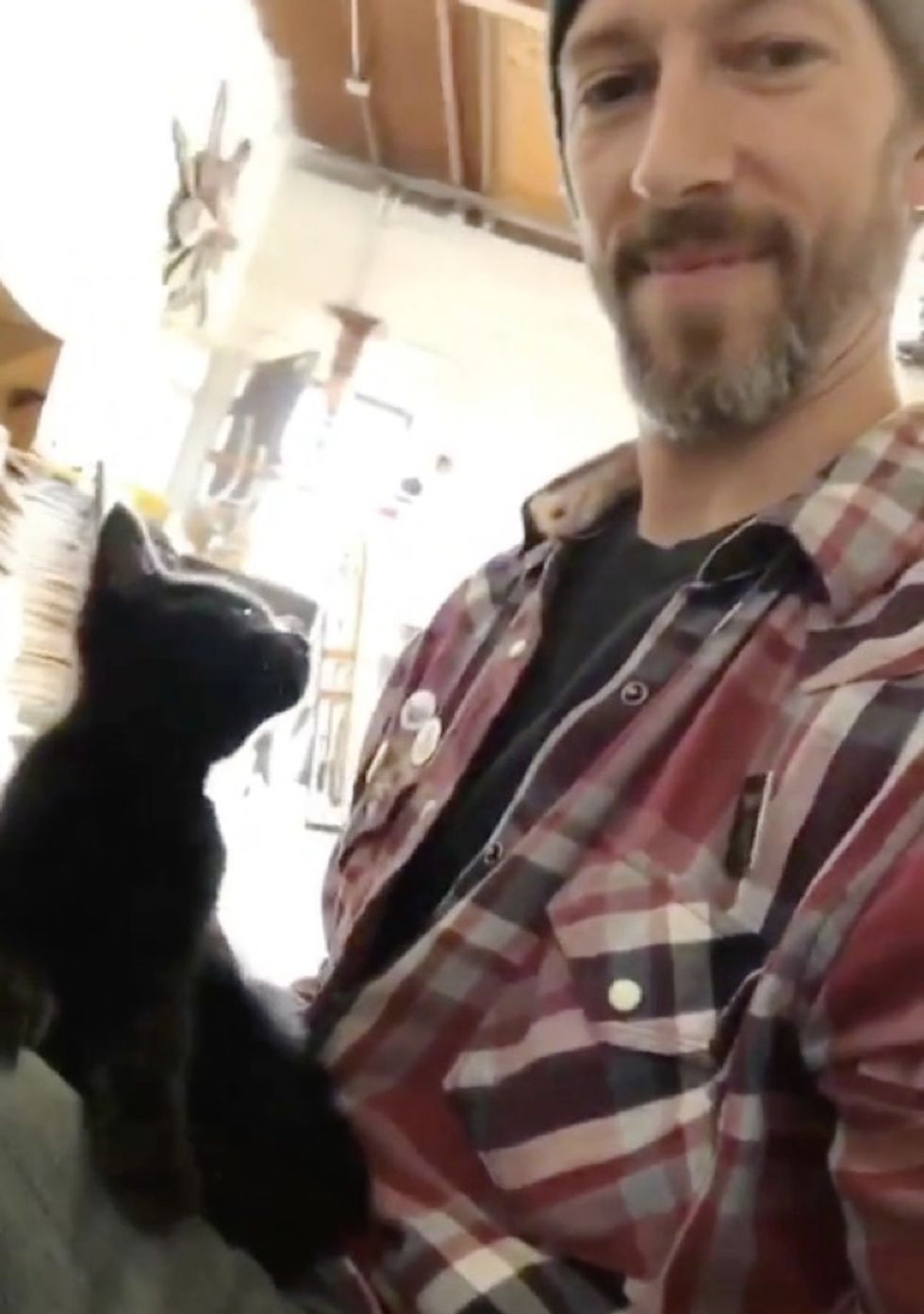 The kitten was named Grizzly, and from day one, he was a snugglebug.

Watch how they found each other in this cute video:

Grizzly fit right into his new abode. He enjoyed spending his day watching his human work. LaRose often found the kitty hanging out on his shoulders, giving him some feline advice.

Helping his human dad at the woodshop. 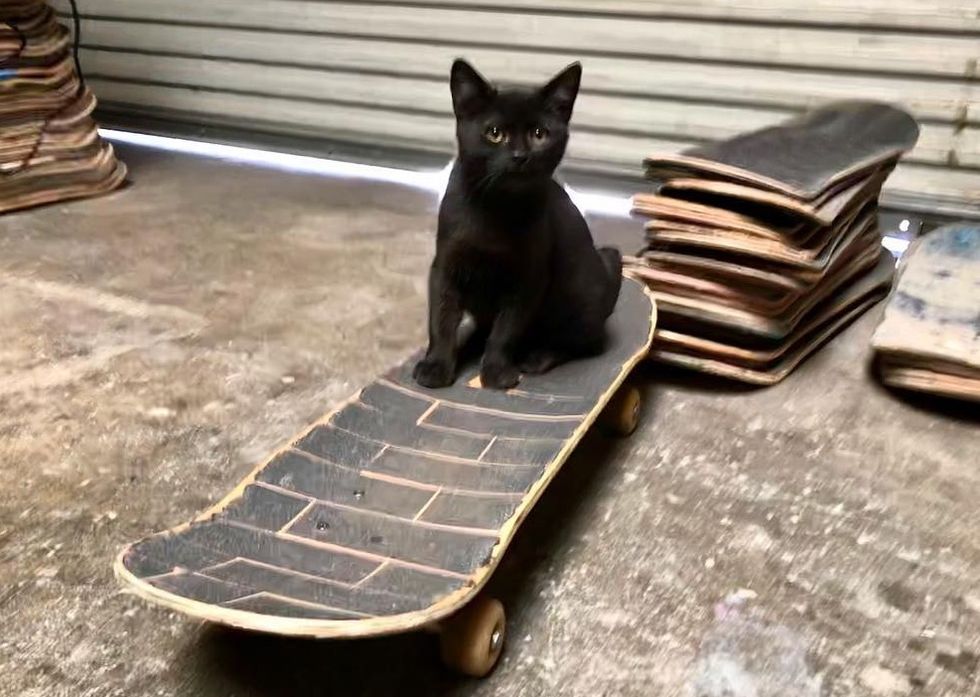 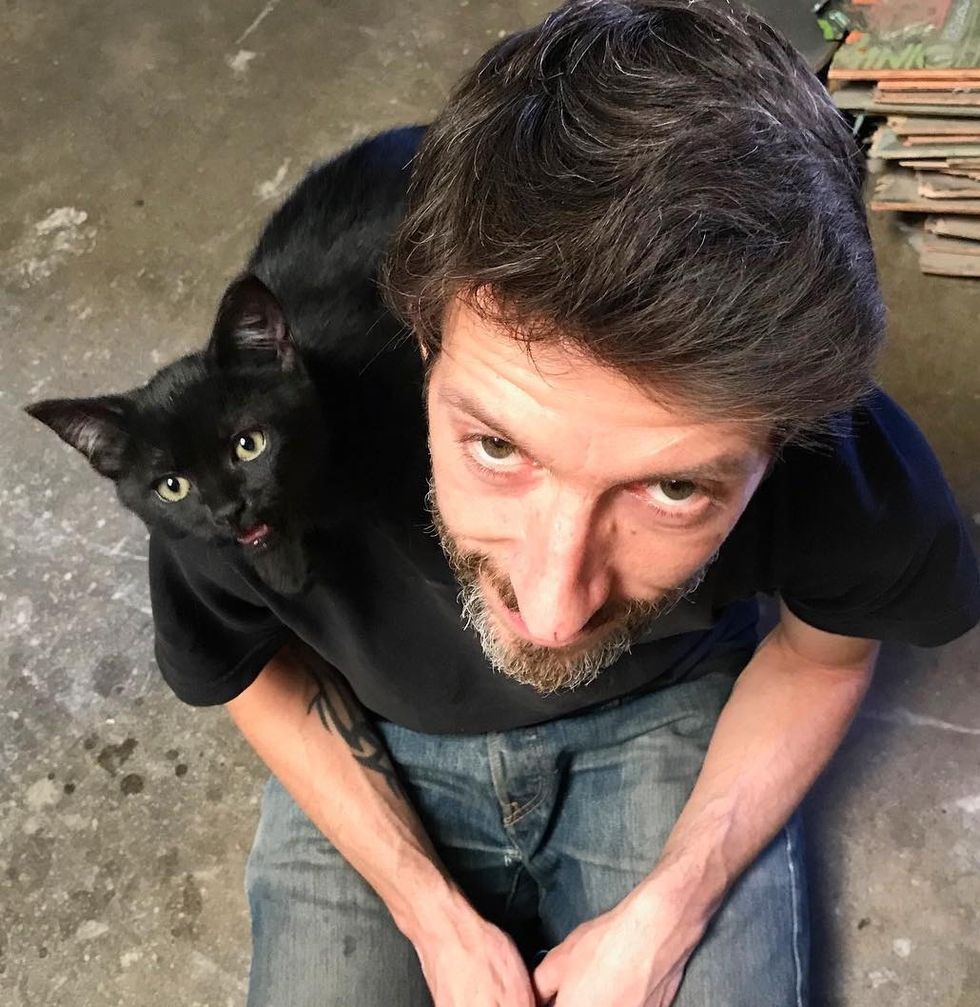 Grizzly is his human's work partner and greatest companion. 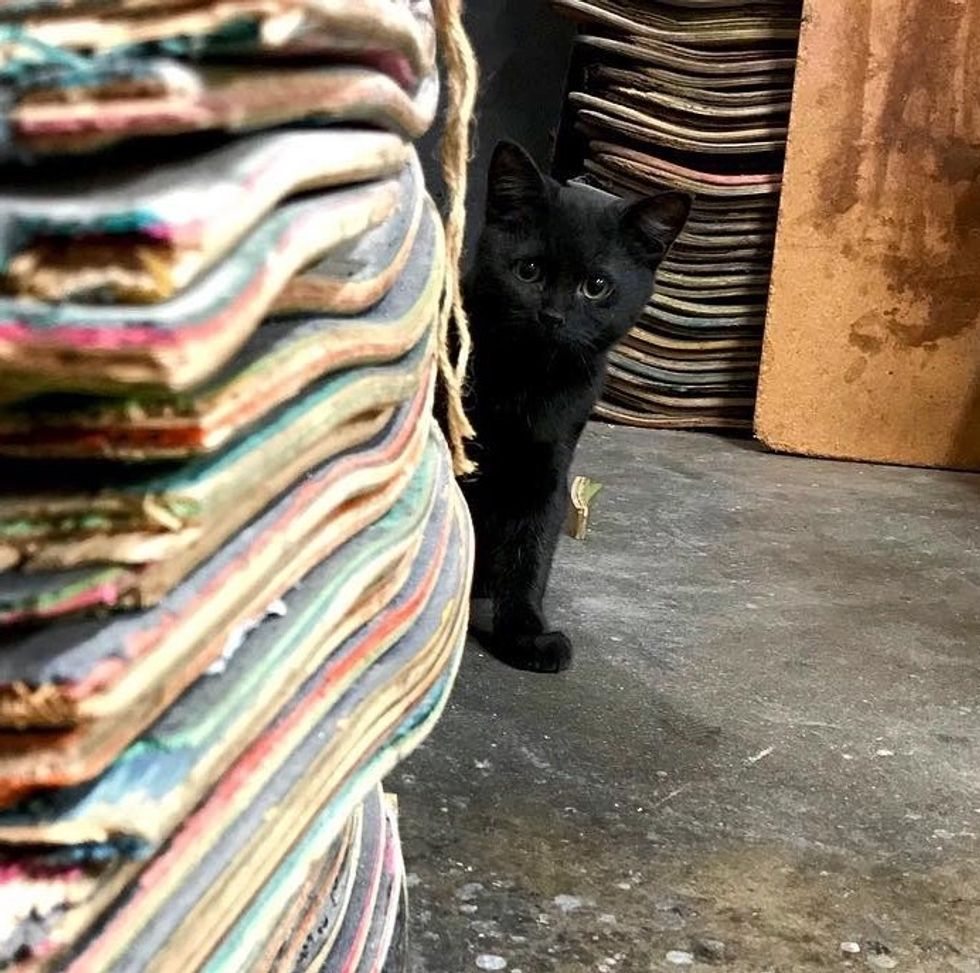 Supervising his human during work. 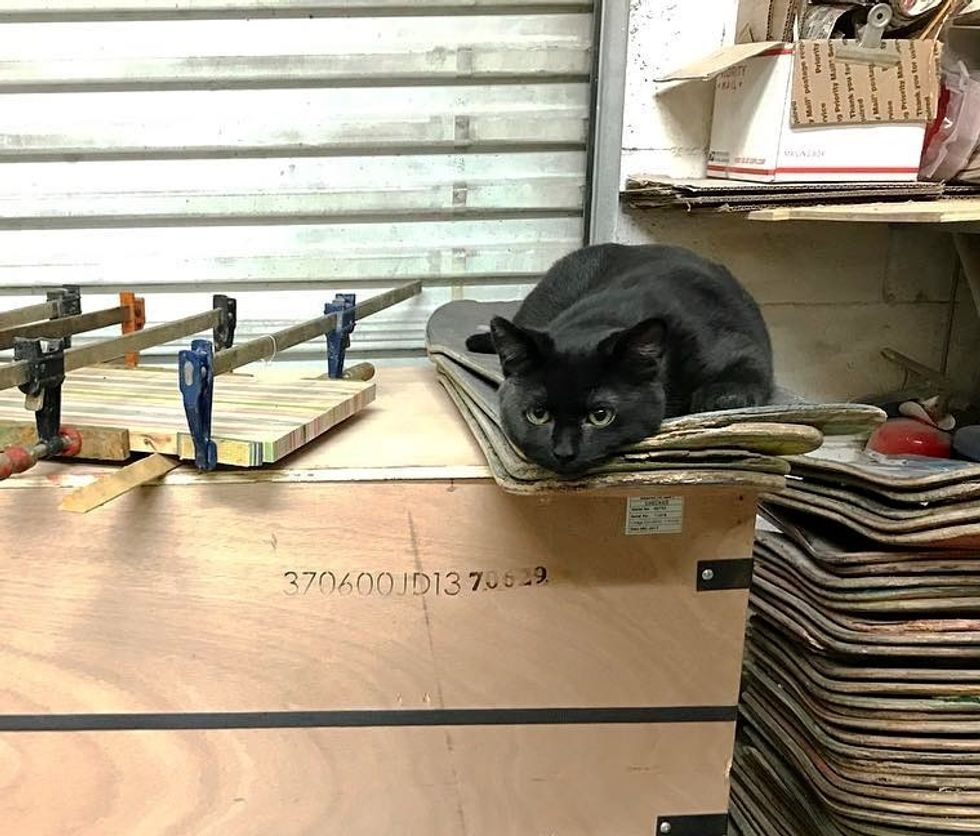 Three months after Grizzly came into his human's life, he has grown into a gorgeous cat!

"He's the sweetest thing in my life, and I'm super grateful." 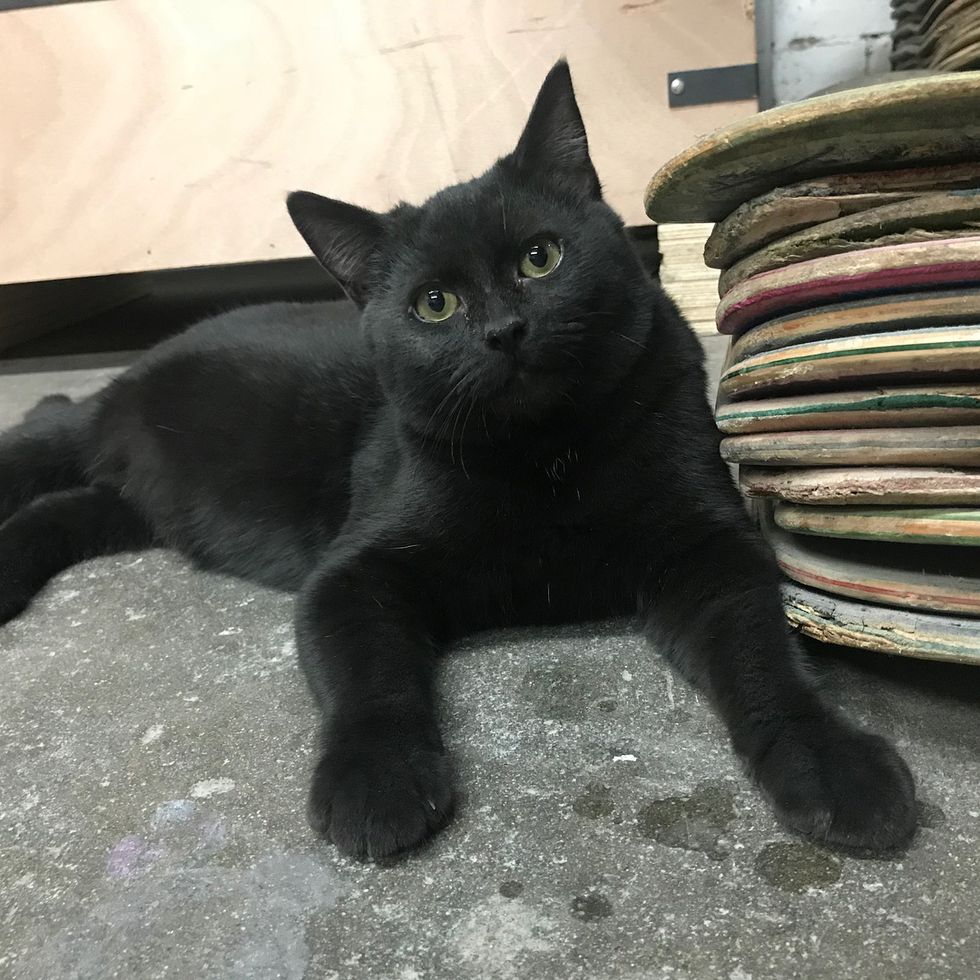