Kitten Found Huddling in a Bush During Pouring Rain, Can't Stop the Cuddles.

A tiny kitten's cries led Good Samaritans to him during a big rainstorm that took place in Fresno, California. They followed his meows all the way to a bush outside a store.

The kitten was discovered very cold, damp and hungry huddling under the bush, all by himself. 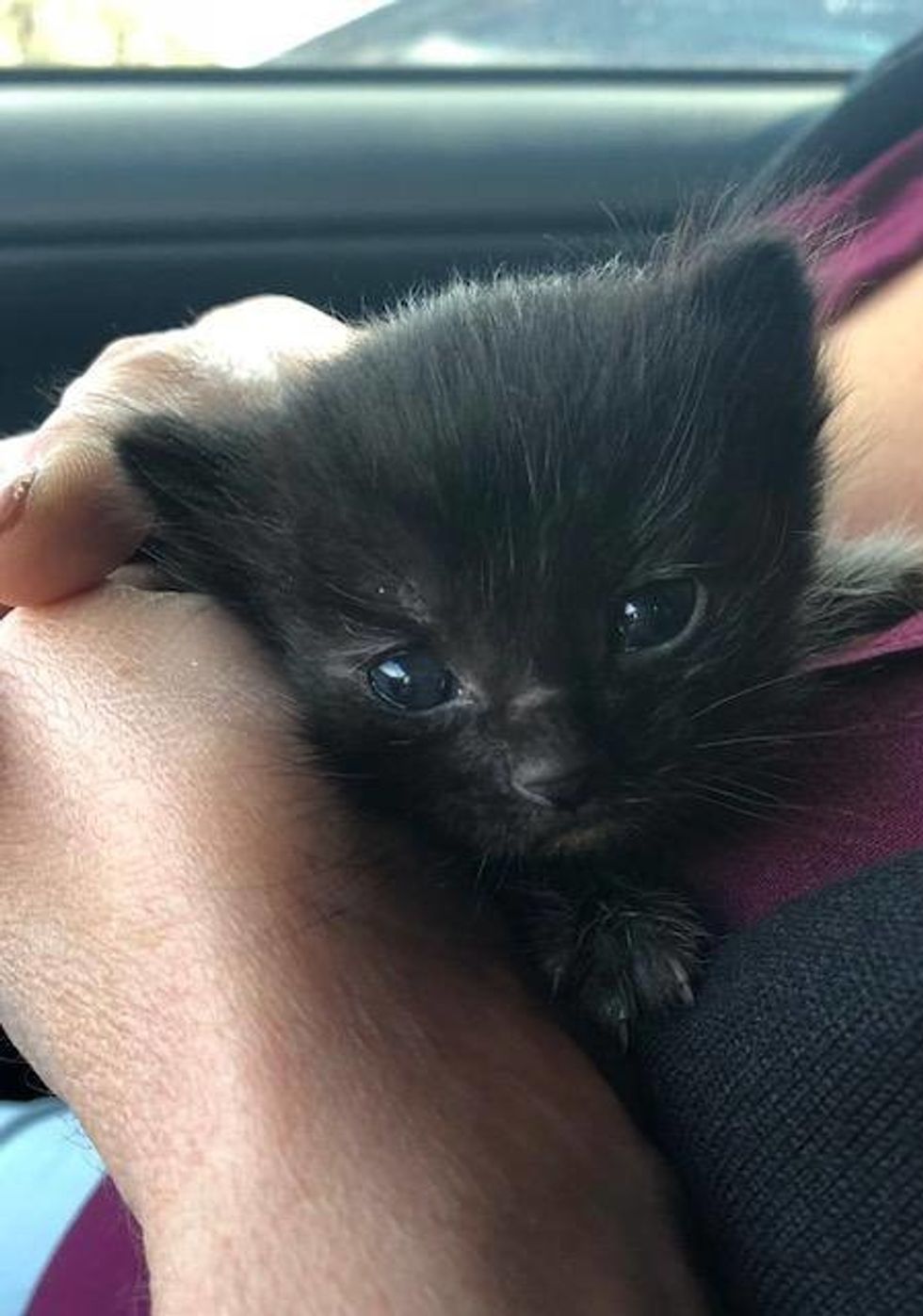 Last Friday, this little black kitten was spotted outside a store in Fresno after business hours. They searched around the area but couldn't find any other kittens nor the cat mom.

"Because of the cold wet weather and that the baby was shivering so much, the kind rescuers picked him up and turned to the Cat House On the Kings to give this baby its best chance at survival," Harvie Schreiber of the Cat House on the Kings told Love Meow.

The kitten was just a couple of weeks old and still needed bottle feeding. One of their volunteers picked him up from the kind people that found him, and took him home to foster.

When she held the kitty close to her chest, he immediately snuggled up to her for some much-needed TLC. 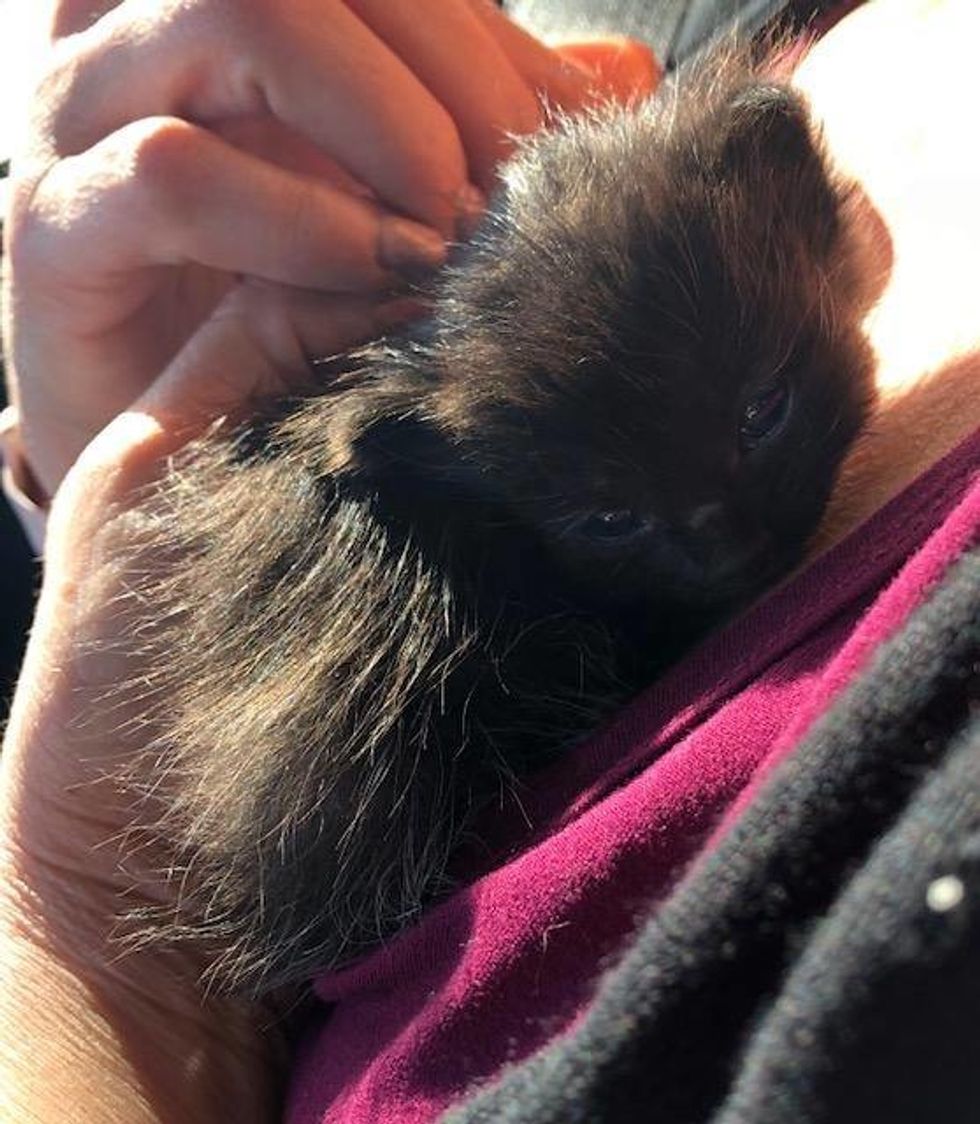 They named the kitten Albathar.The Cat House On The Kings

"The kitten was initially very puzzled by the bottle but within a few tries, mastered this new skill," Harvie told Love Meow.

He is getting the round-the-clock care from his dedicated foster mom. In just two days, he's grown a little bigger and much stronger. 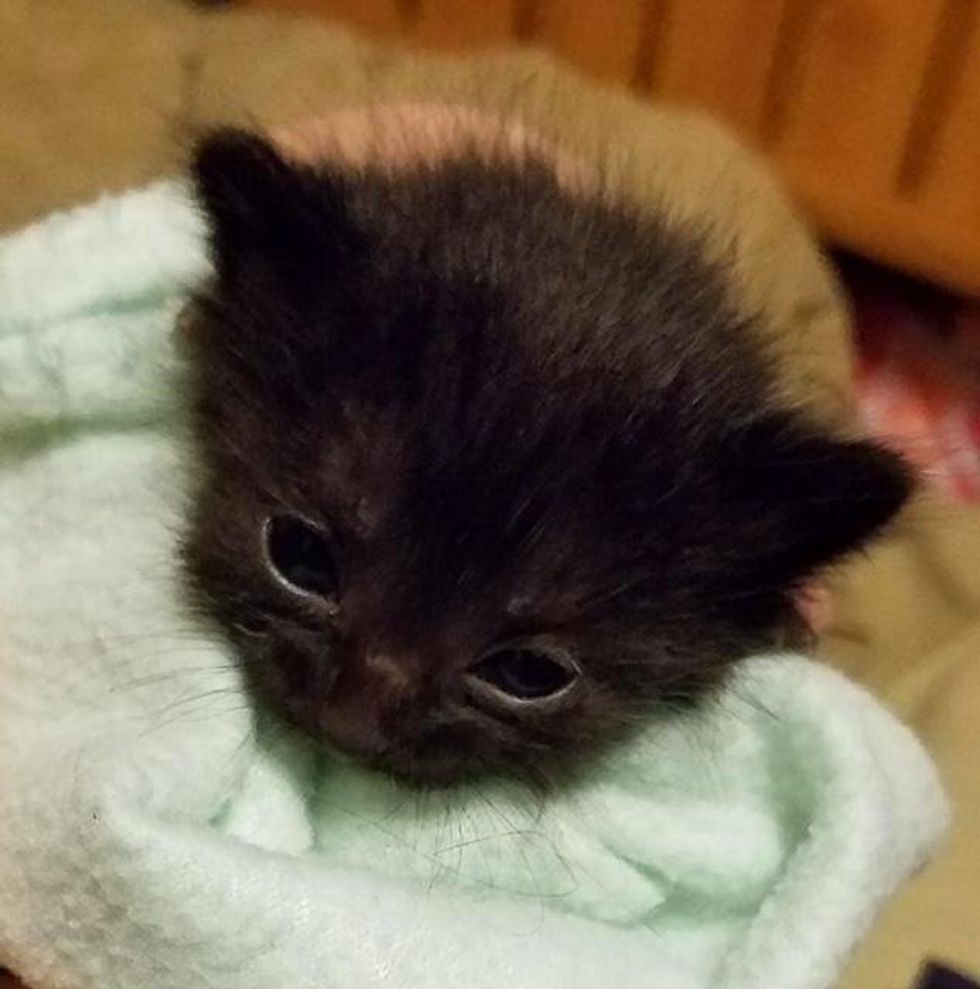 "There is nothing as sweet as holding a warm fluffball in your hands, watching those teeny tiny ears wiggle as they eat from a bottle," Tammy Barker, Asst. Director for The Cat House on the Kings, told Love Meow.

Despite a rough beginning to life, the little kitten is thriving in foster care. He is very vocal when he wants a bottle and is not shy about voicing his "opinions." 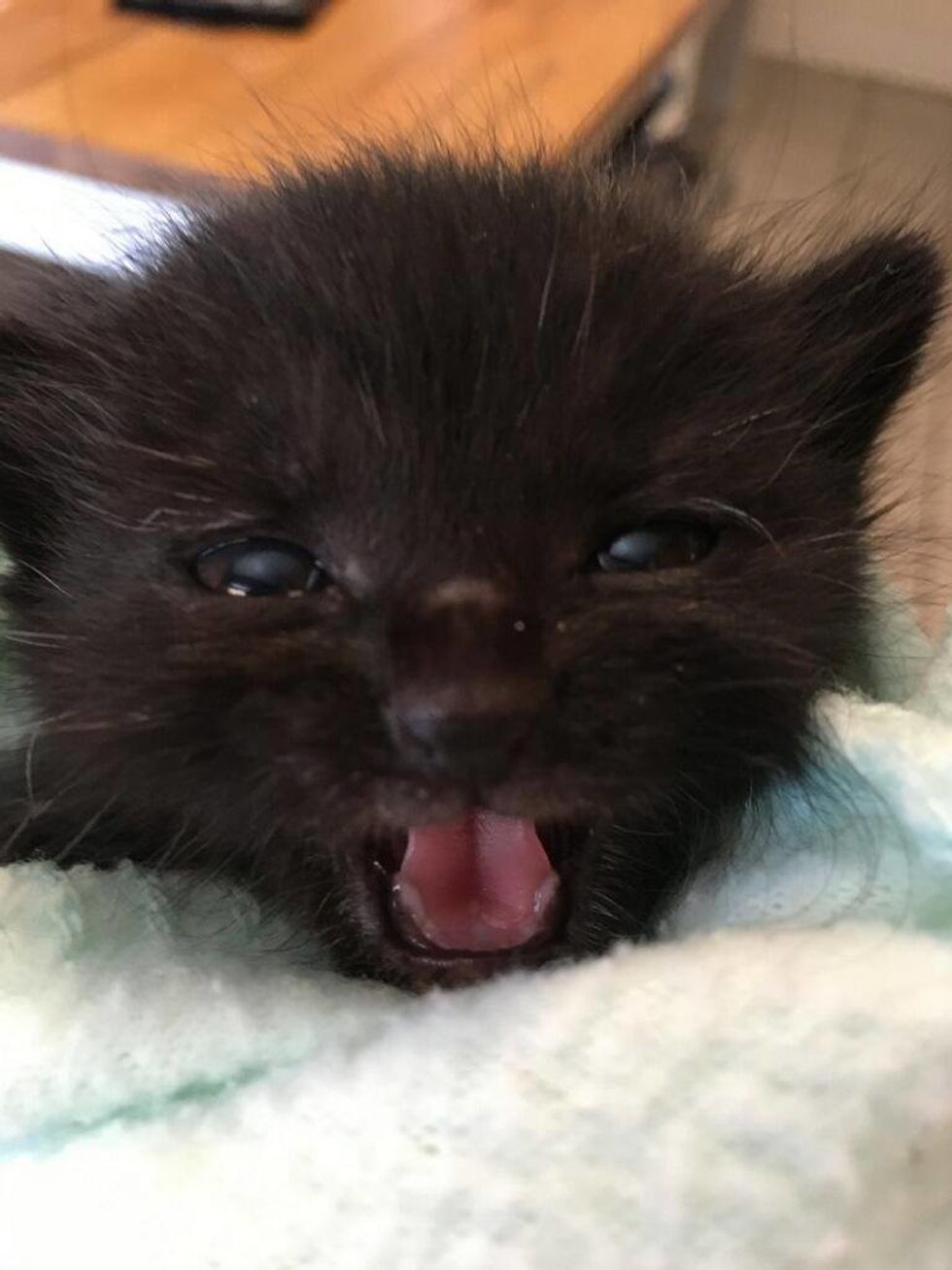 The itty bitty kitty who was saved from pouring rain, is now warm, well-fed, dry and doing much better in the comfort of a loving home.

He will be ready for adoption once he's old enough. As for now, the tiny fluffball still has a lot of growing up to do. 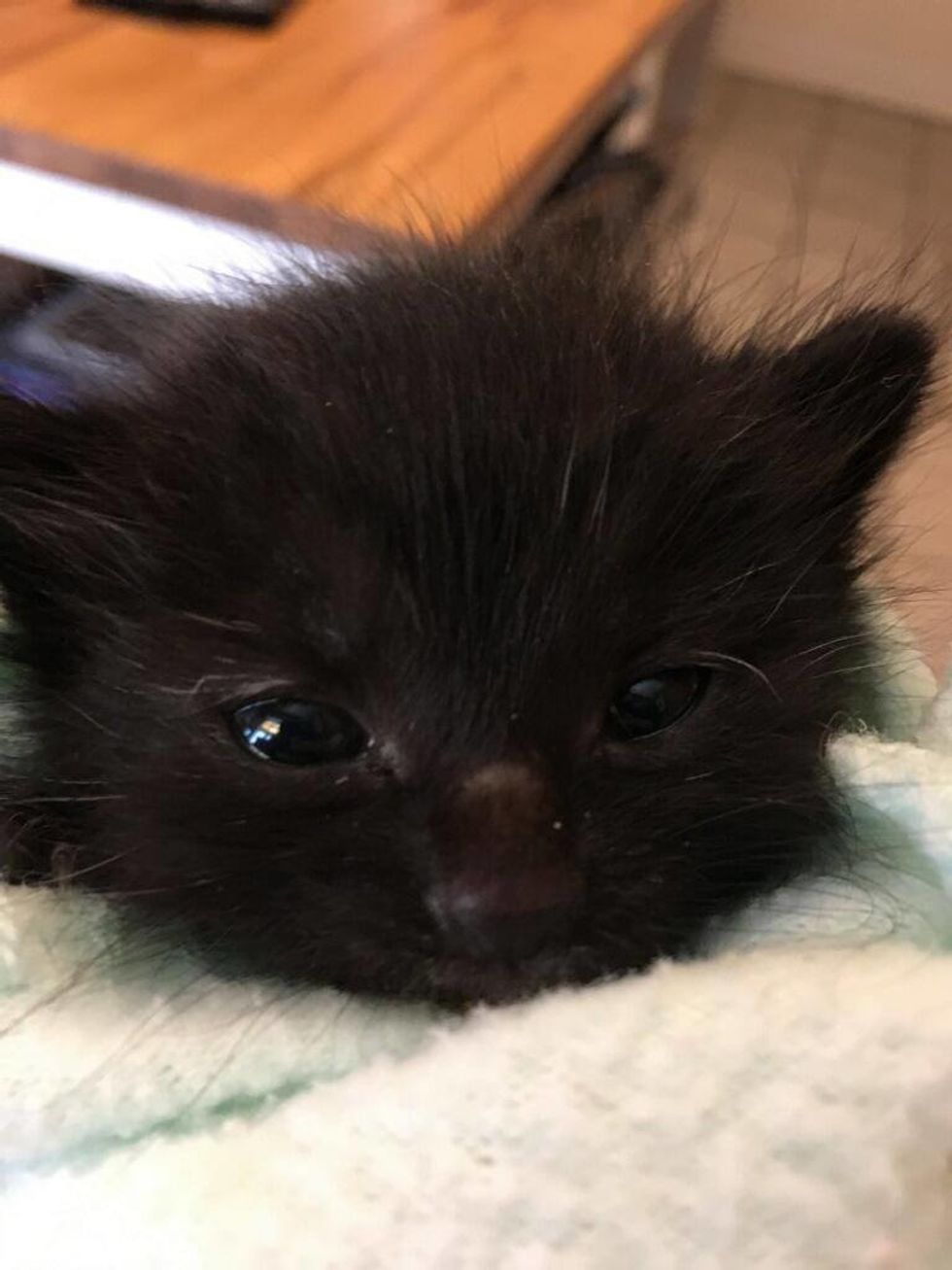 "Every year, we rescued hundreds of kittens from the Central Valley. Some come with mom, some are bottle babies, some are big enough to eat on their own," Tammy told Love Meow.

"We are so grateful for our army of loving fosters who take such good care of these little ones until they are older." 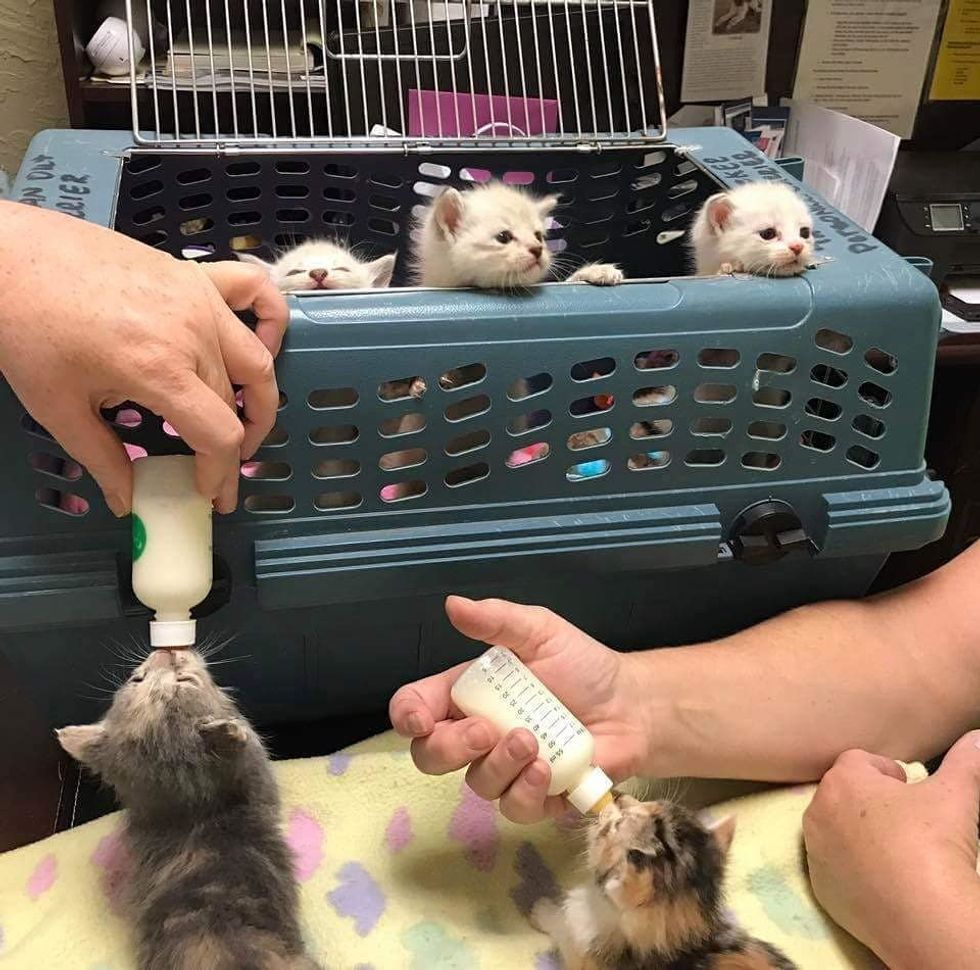