A little feral kitten was found in an industrial area. He was terrified of people but a cuddle from his rescuer helped him come around. 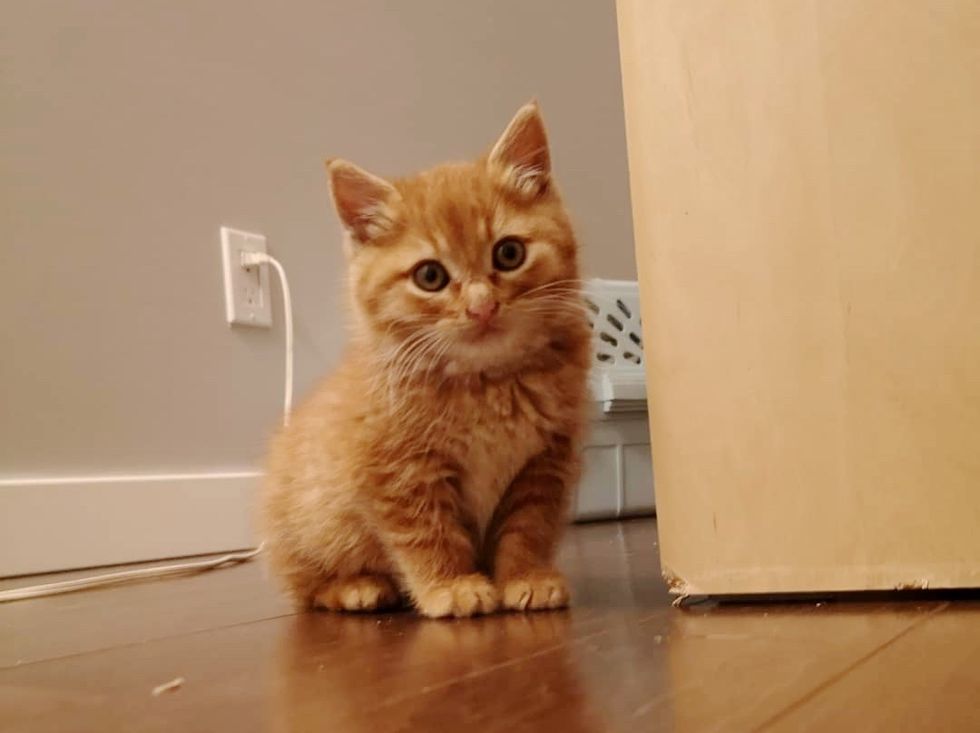 Kelsey Mcknight, a volunteer of Shuswap Paws Rescue Society, was contacted about two 4-week-old kittens needing rescue on a mill site in Salmon Arm, British Columbia (Canada). "The gentleman who found them rounded them up and contacted Shuswap Paws. I was asked to pick up the babies," Kelsey told Love Meow.

By the time she arrived, one of the mill employees had fallen in love with the girl kitten and decided to adopt her. The ginger boy was very scared and wouldn't let anyone near. He would hiss, swat, and bite out of fear.

"I'm pretty experienced with feral cats and kittens, so I wasn't scared to hold him," Kelsey added. 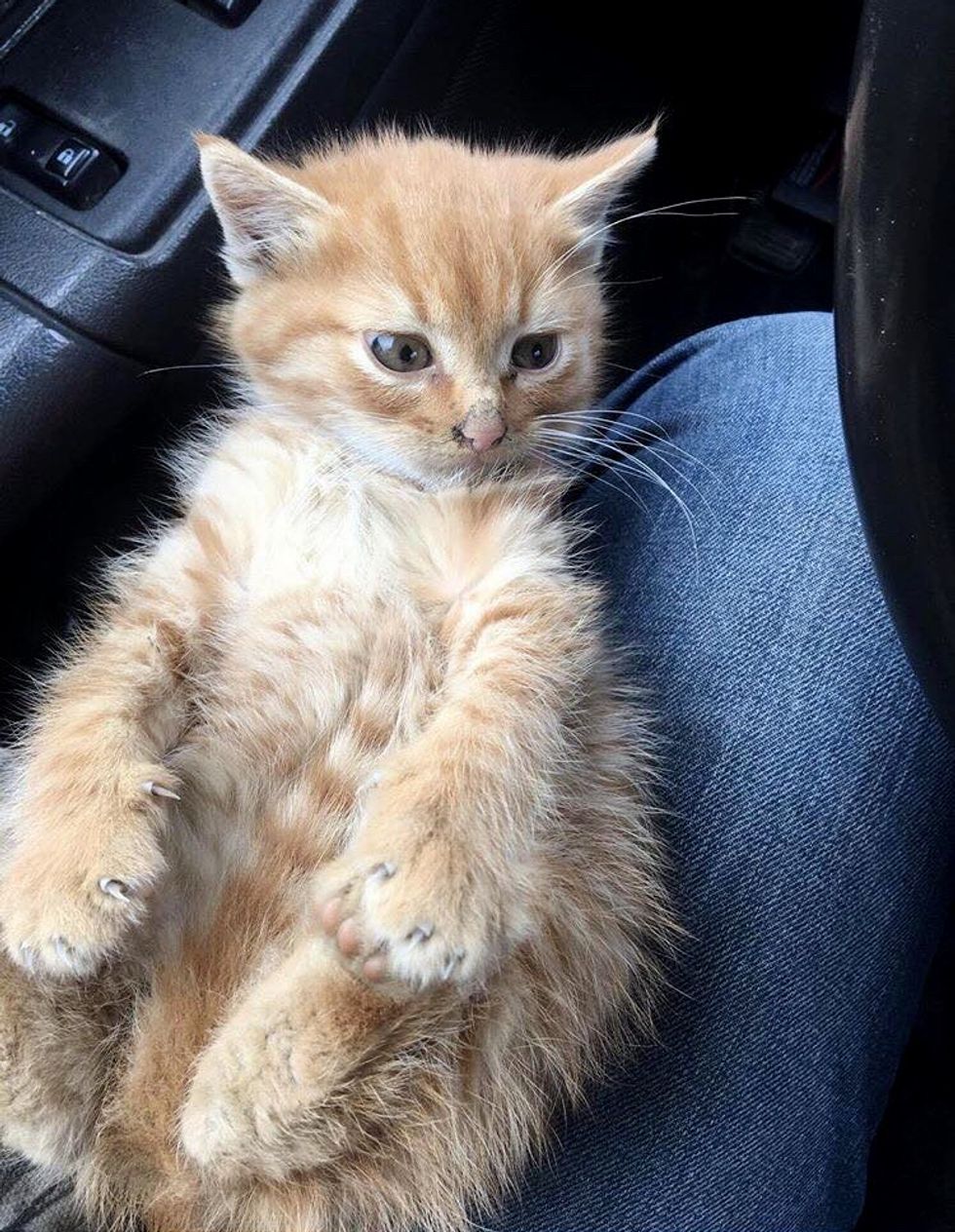 She managed to grab the hissy little kitty and put him in her arms. The kitten tried to resist at first but soon found his effort to be futile, and his will to fight off the hug started to weaken.

"Once I got him in my hands, he realized I wasn't afraid and didn't have anxiety about handling him, so he did calm fairly quickly," Kelsey said. 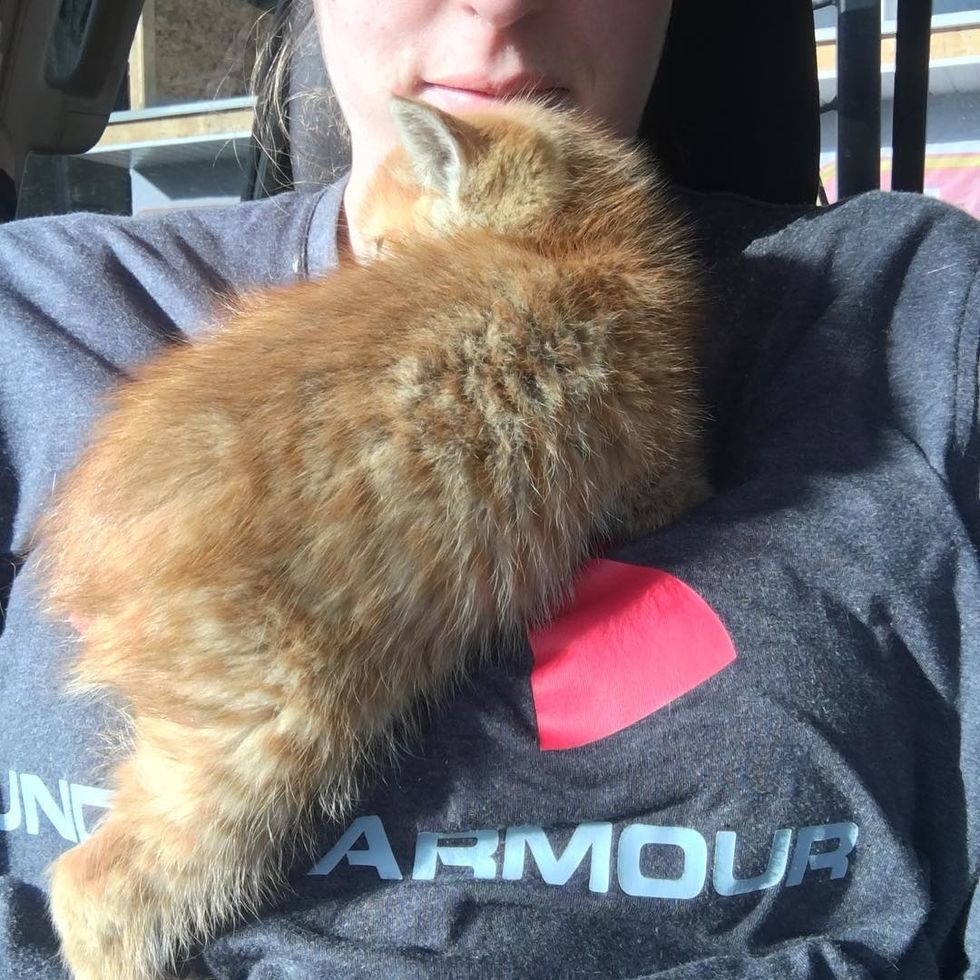 Kelsey brought him to her car and placed him in her lap. The little guy was still a bit shaken but began to calm down. "He wasn't stoked about snuggles but didn't try to run after I had him. I believe I was the first person to hold him."

When the kitty realized he was safe with his rescuer, he decided to cuddle a bit longer. "Picking up this scared little muffin and having him completely melt while you shower him in kisses is the best feeling." 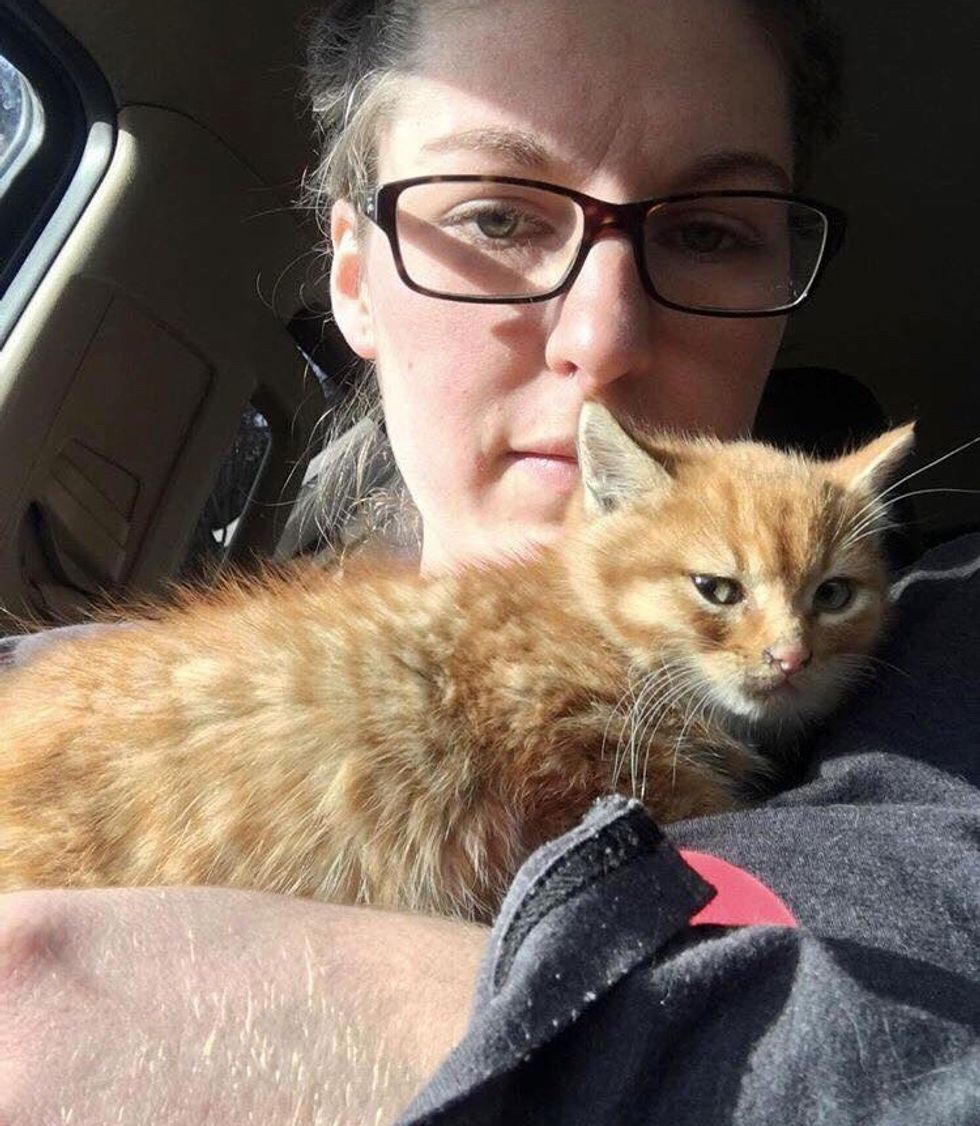 Kelsey delivered him to his foster home where they named him Oscar. Once he was clean, fed and comfy, he started to enjoy the cushy indoor life and come out of his shell even more.

In just a week, Oscar really came around and was no longer that frightened little feral they first saw. 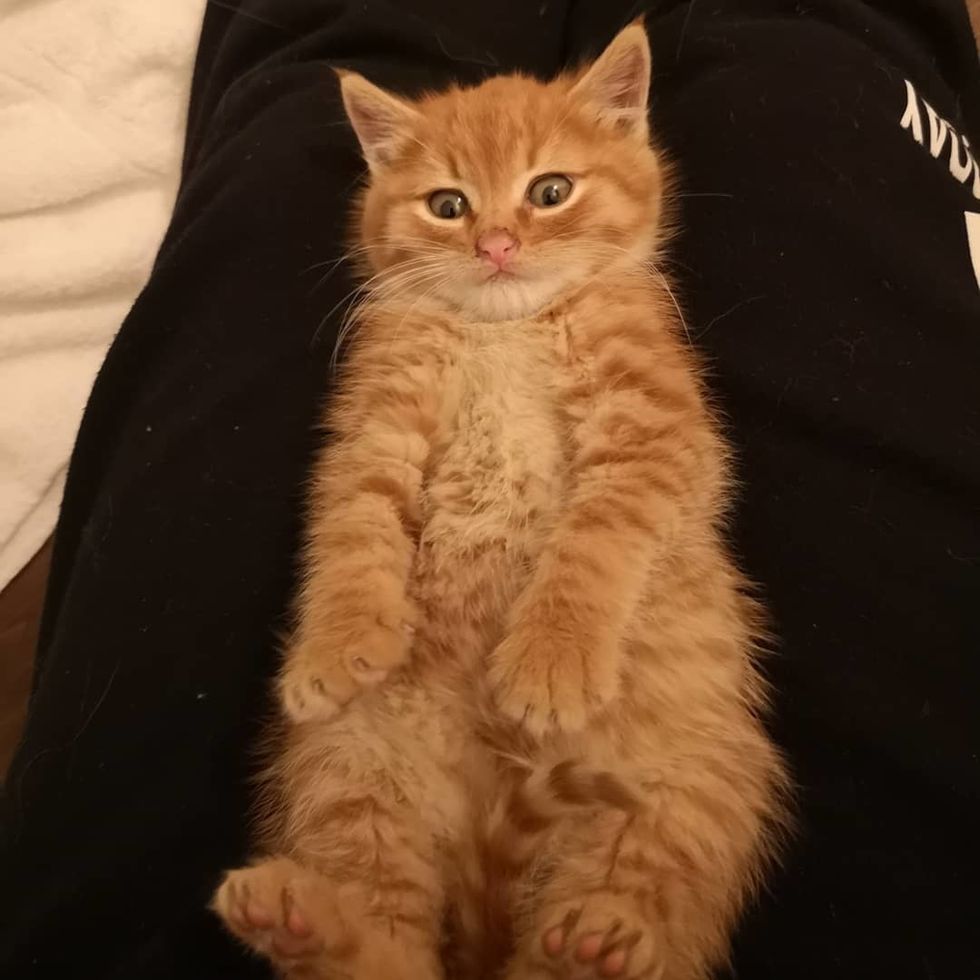 "He was very goofy and curious and made us laugh all the time when he discovered toys and his own tail," Barb Gosselin, President of Shuswap Paws Rescue Society, told Love Meow.

Watch Oscar in this cute video:

When he needed a nap, he would crawl in a warm lap as it made him feel the safest. 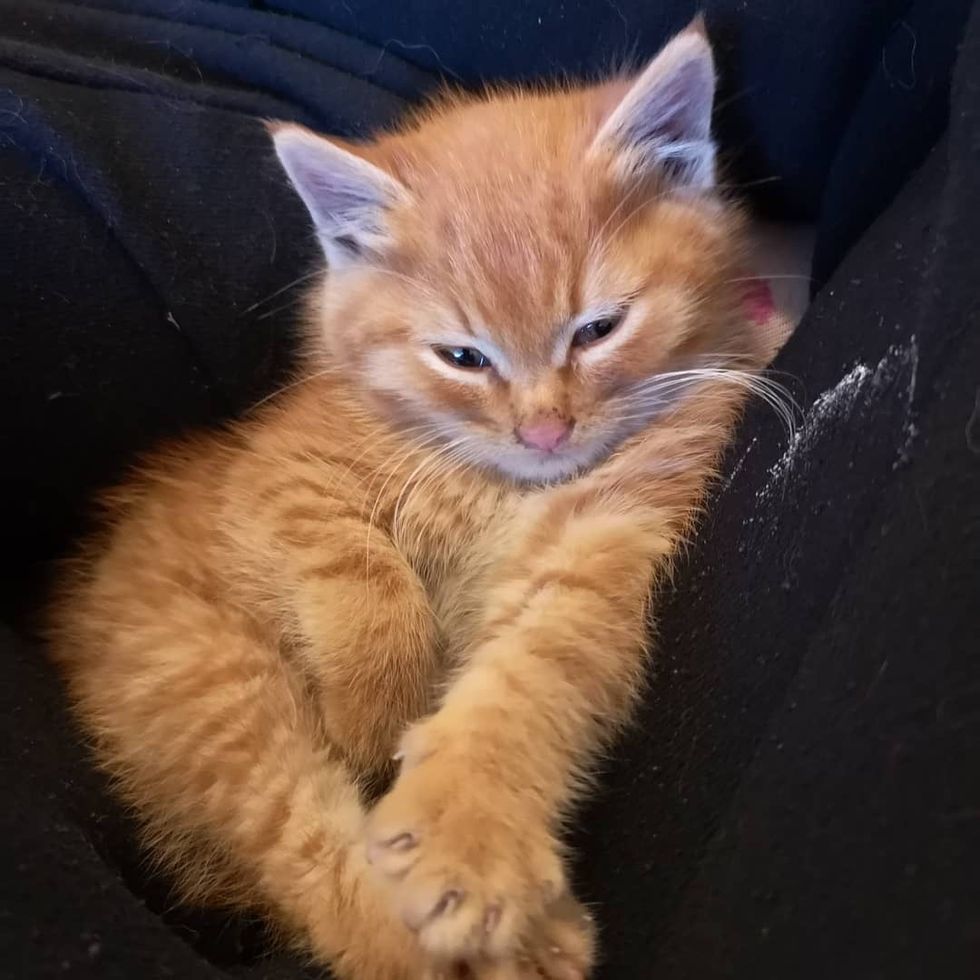 Over the next few weeks in foster care, Oscar continued to thrive.

He adored his human friends and would gladly nuzzle in their arms or laps for a nap or cuddles. 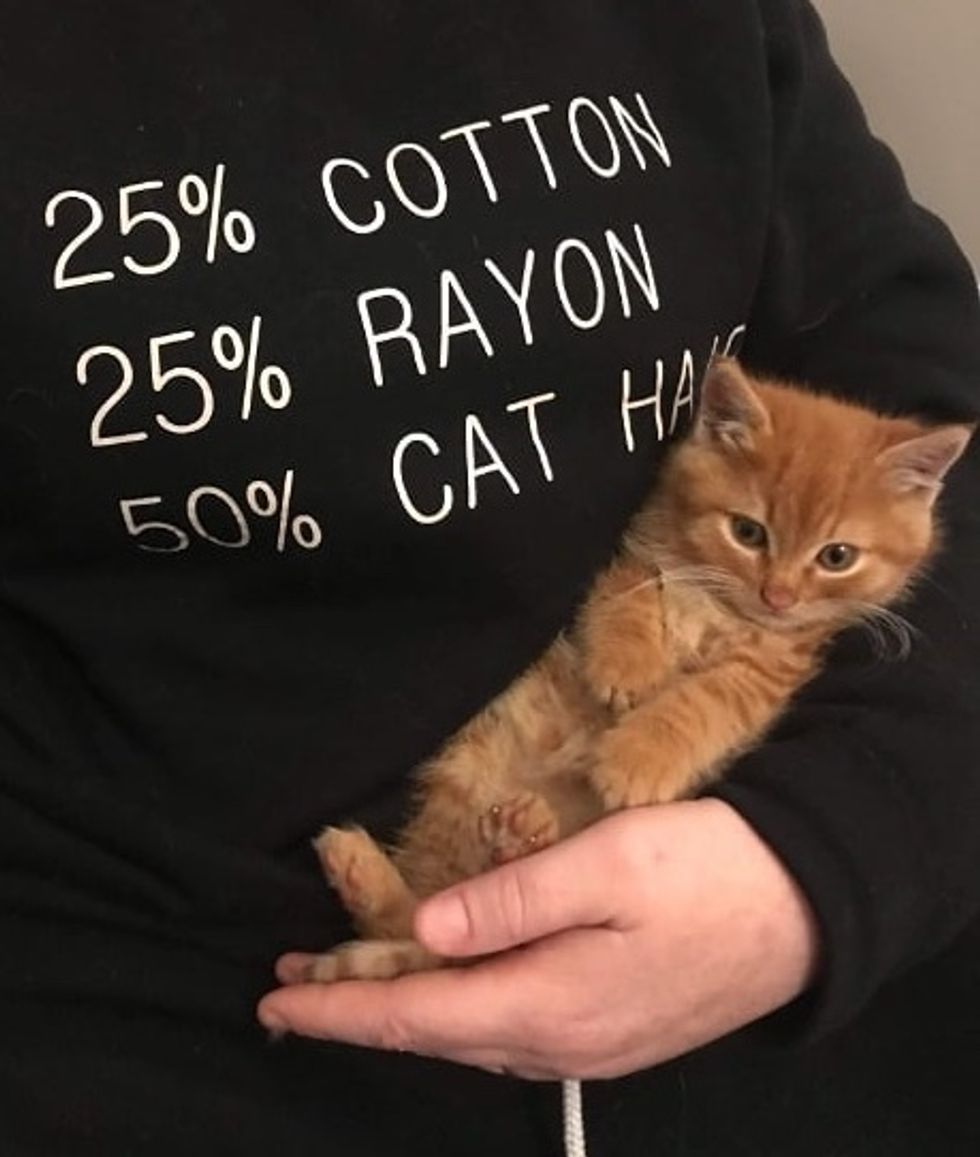 "After some time, he learned to trust people. He was eventually neutered and adopted into a loving home," Kelsey told Love Meow.

"Had Shuswap Paws Rescue not been able to take Oscar in, he would have grown up feral and contributed to the feral population that is in abundance around Salmon Arm." 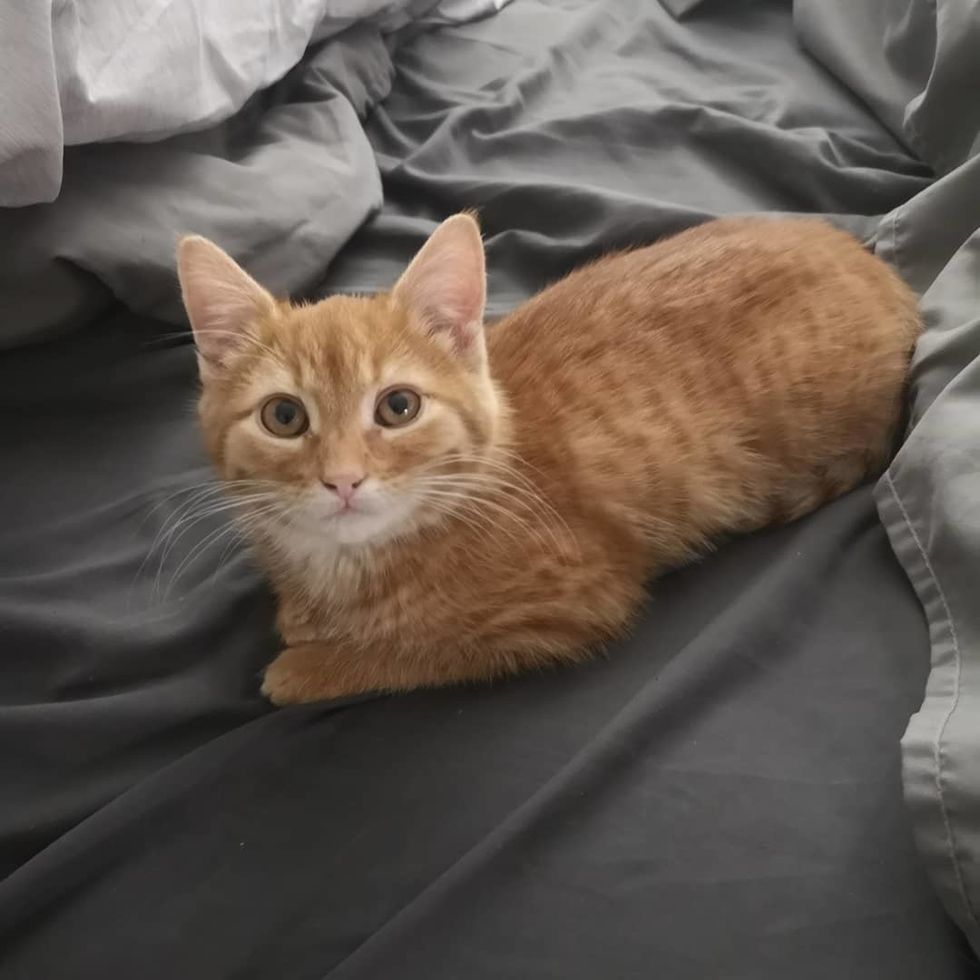 Oscar has grown by leaps and bounds, but some things never change.

He's been a lap kitty and a snuggle-bug ever since the day he discovered his first cuddle. 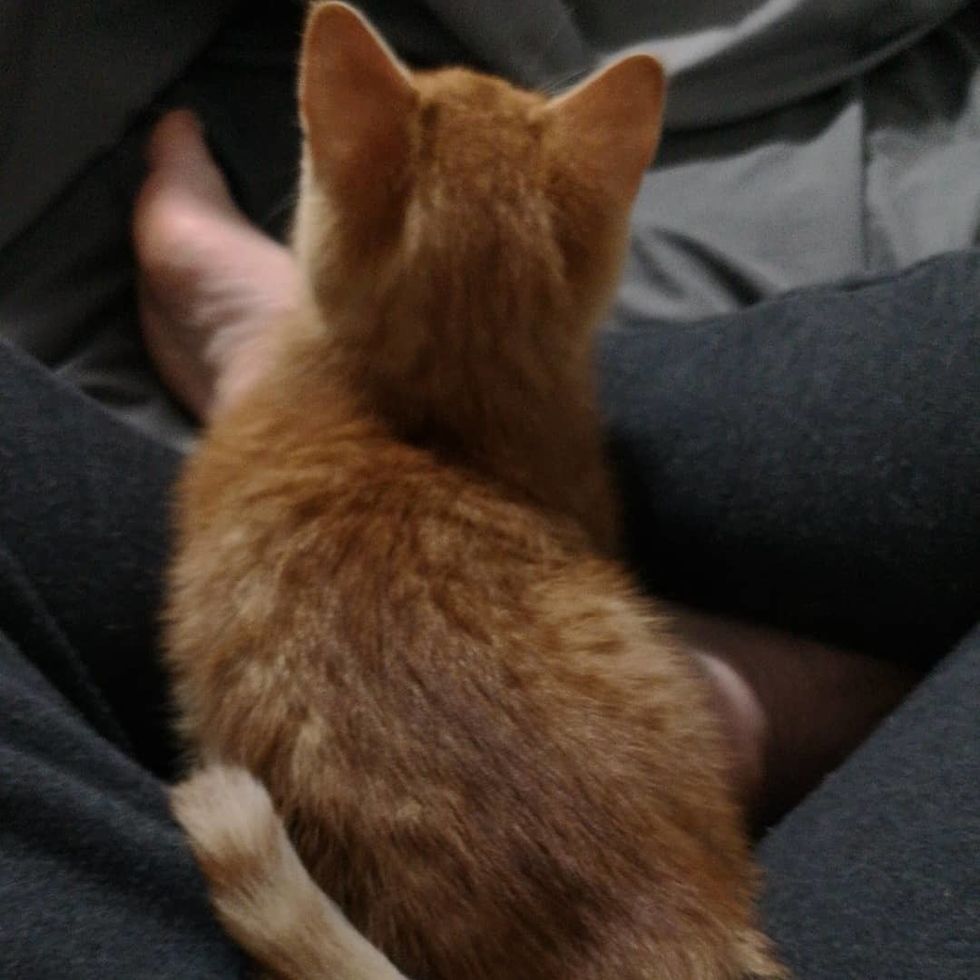 Related story: Woman Saved Kitten Freezing Outside Of Workplace - A Heat Pad and Love Changed Everything