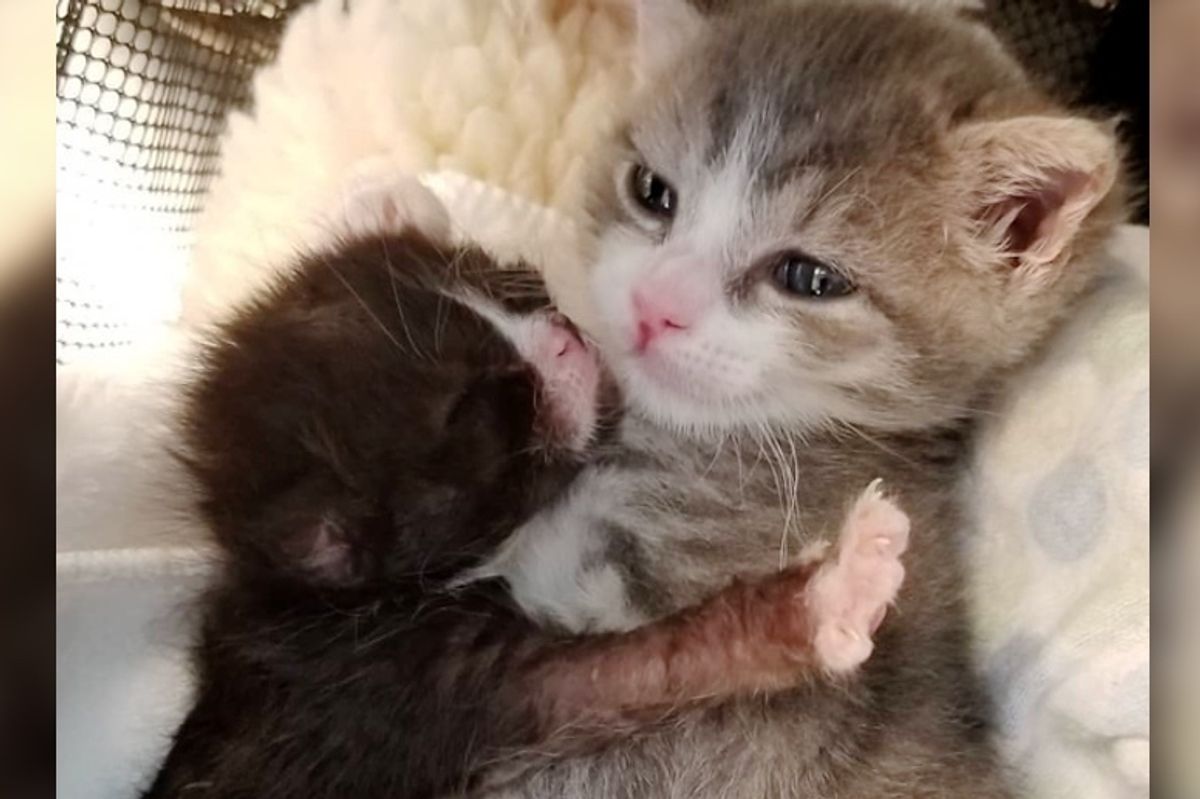 Kitten Who Had Rough Start, Fights to Live and Even Helps Tinier Kittens In Need

A kitten named Heathrow had a rough start to life. At just one day old, he was rescued from an uncertain fate, but the little guy never stopped fighting to live despite the odds against him.

As he grew bigger, he even helped tinier kittens in need. 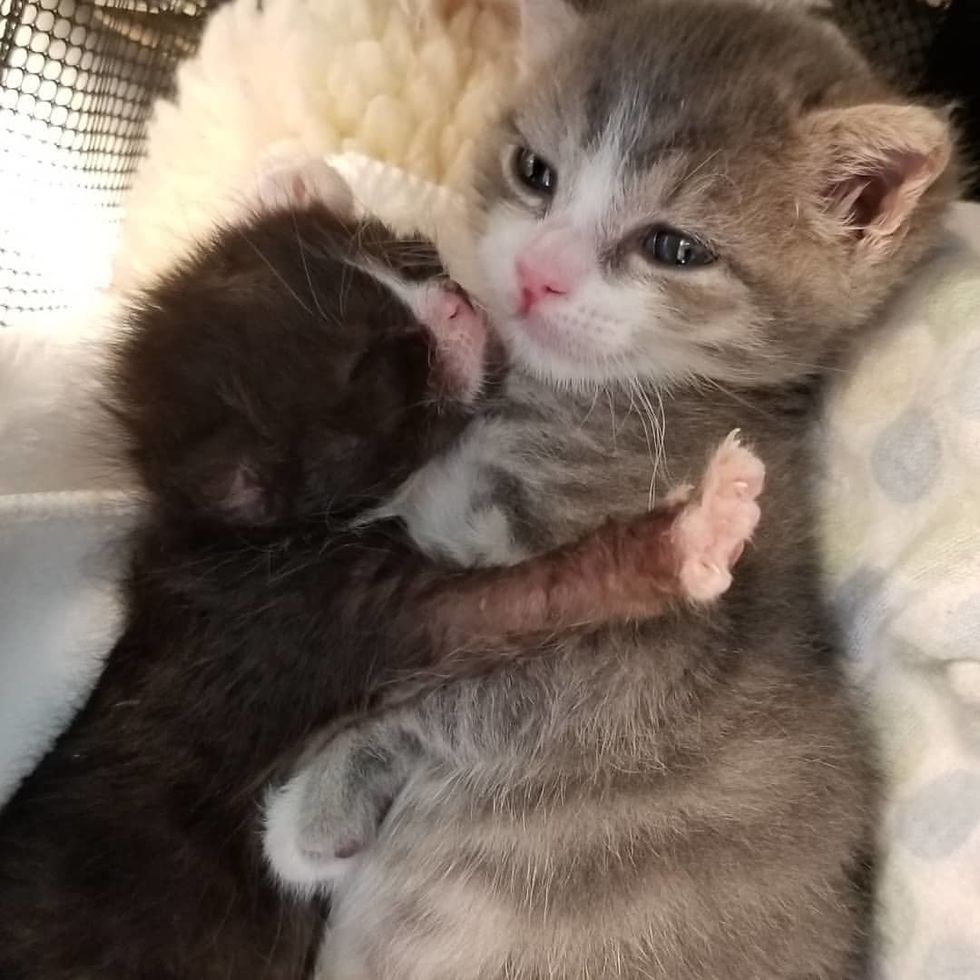 Ellen Carozza, Feline Licensed Veterinary Technician of NOVA Cat Clinic (in Virginia), took in Heathrow and his brother as they needed intensive care.

"Both were very sick with pneumonia and unfortunately his brother passed away the next day, but Heathrow kept eating and hanging in there," Ellen LVT told Love Meow.

The kitten was very weak and couldn't regulate his body temperature. He was kept in an incubator at home and at the clinic.

"Suddenly one day, he really had difficulty breathing. Turns out, his pneumonia took an unexpected turn for the worse despite multiple antibiotics, and he needed oxygen therapy and nebulization treatments." 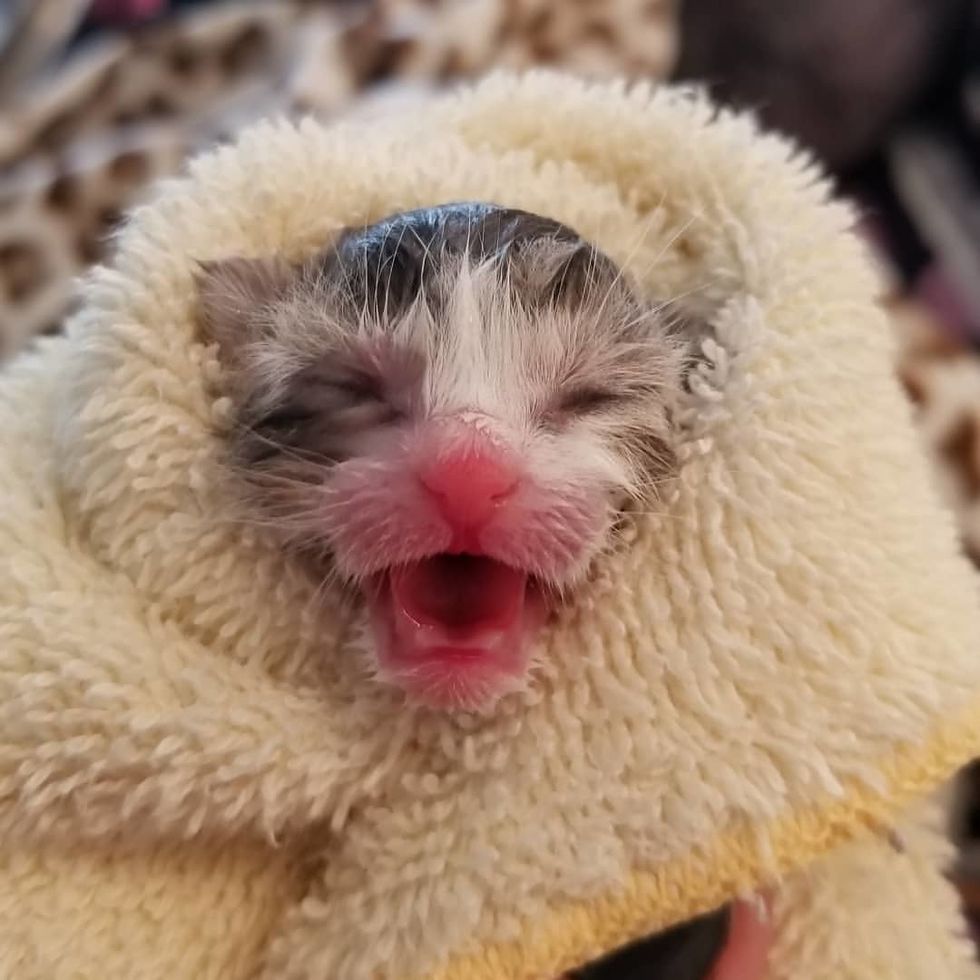 "Our foundation, The Chris Griffey Memorial Feline Foundation (CGMFF) has its own portable oxygen concentrator so we were able to keep him in an oxygen enriched environment for the next two weeks as he recovered," Ellen added.

During that time, Heathrow was always in good spirits and never complained. "He was a champ with his treatments, x-rays to monitor the status of his lungs and his medication. You could call him the purrfect patient." 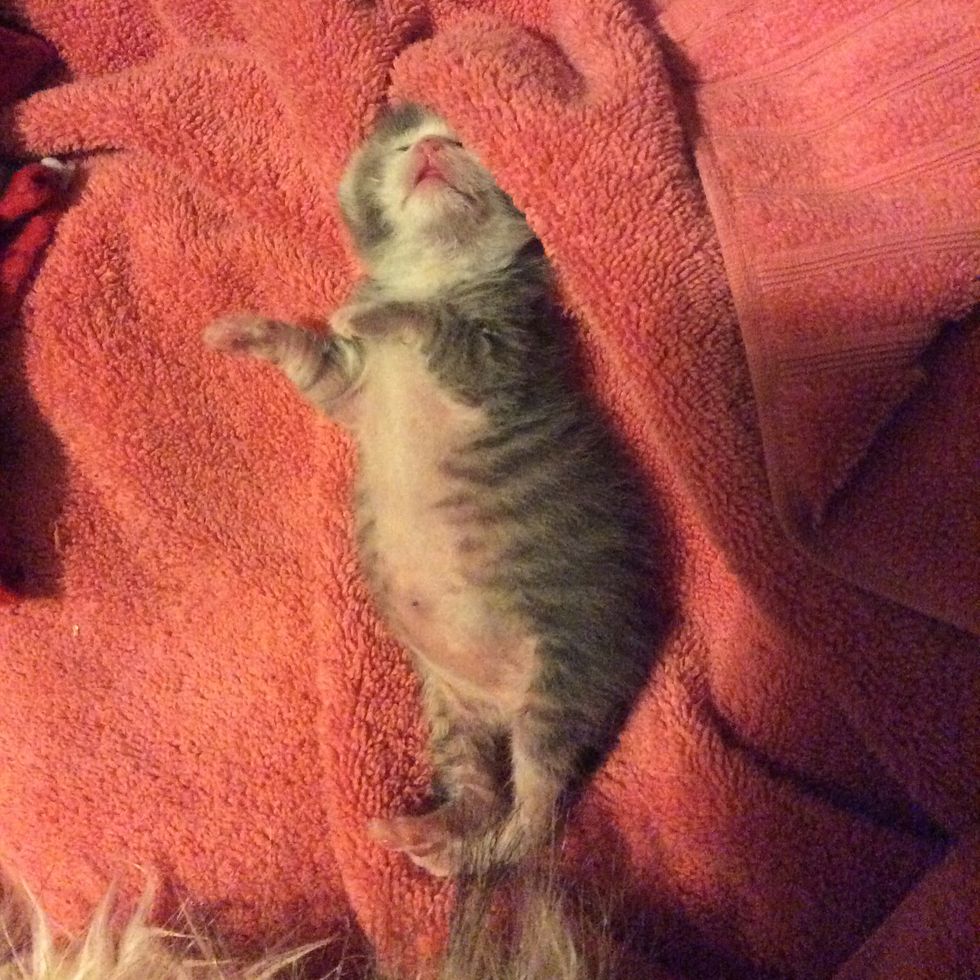 As Ellen continued her mission to rehabilitate him, Heathrow became stronger and was eager to play.

"Some days were bad as any exercise caused him to turn a shade of blue, but he wanted to play and you could tell that he wanted to get better," Ellen told Love Meow. 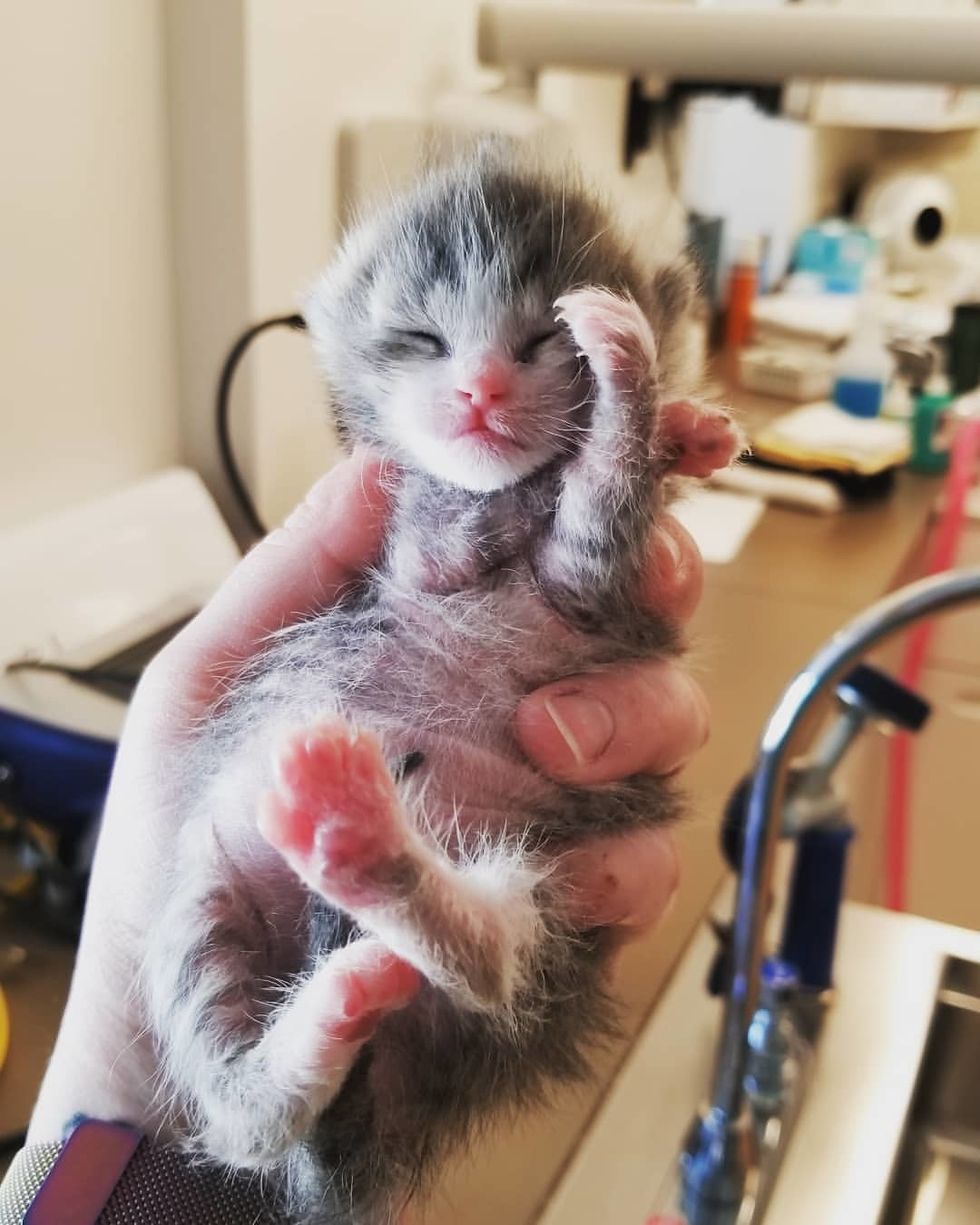 "He was at his side the entire time keeping vigil and cheering him on as he always does," Ellen told Love Meow. 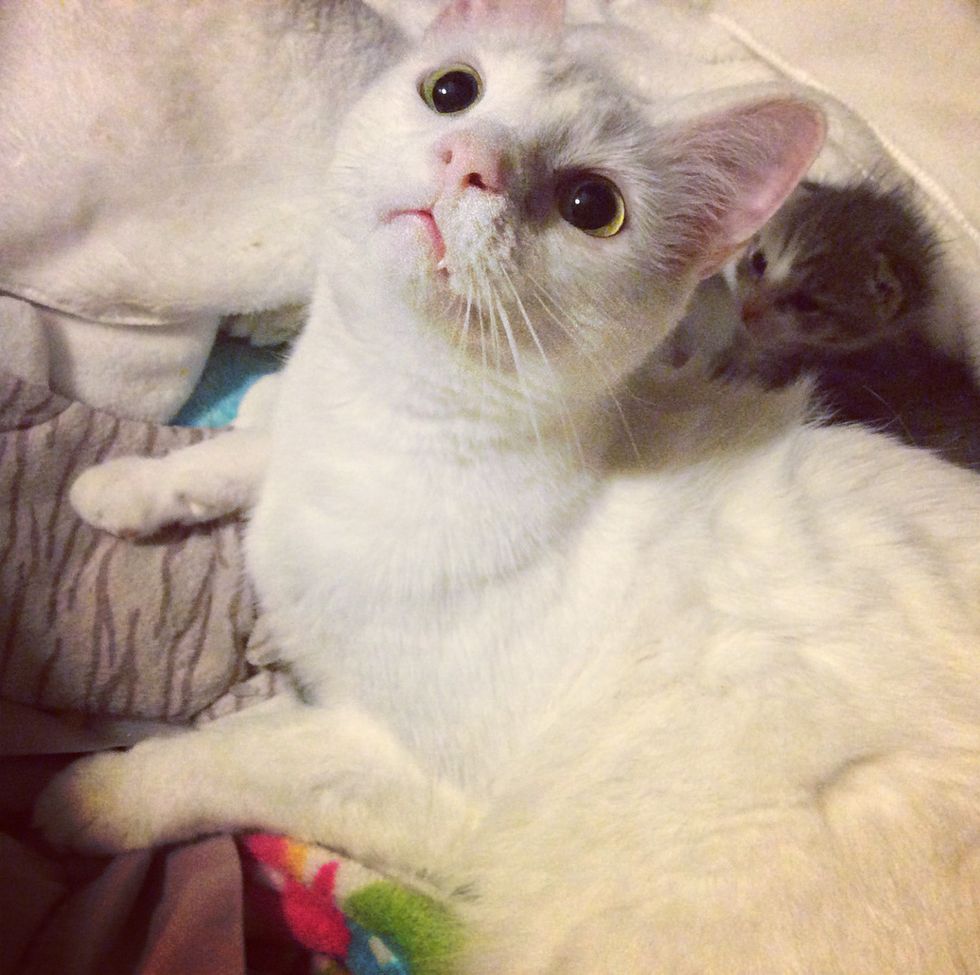 As soon as Heathrow felt strong enough, he wanted to leave his tent all together and spend more time playing and exploring. The little guy never ceased to amaze his humans with his fight.

"We let him tell us what he needed. He still got daily nebulizer treatments and gradually we ended those." 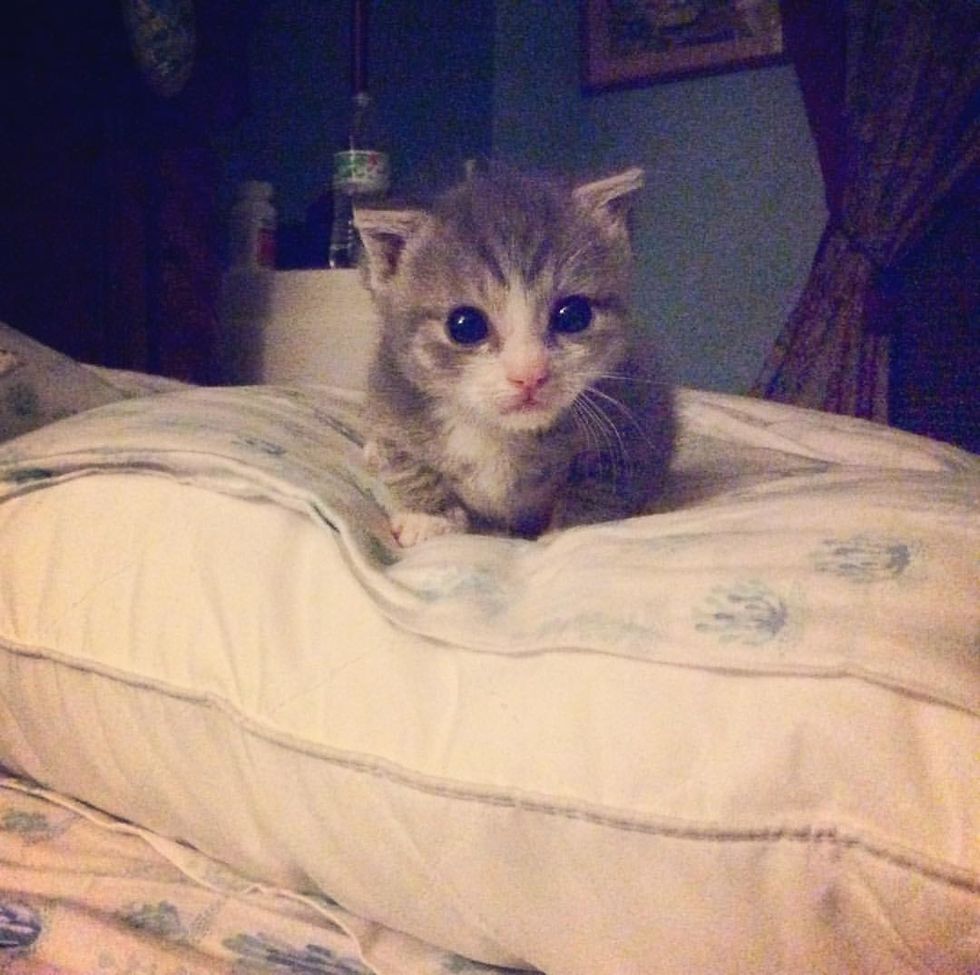 The sweet boy cuddled up to them to keep them warm and comforted. 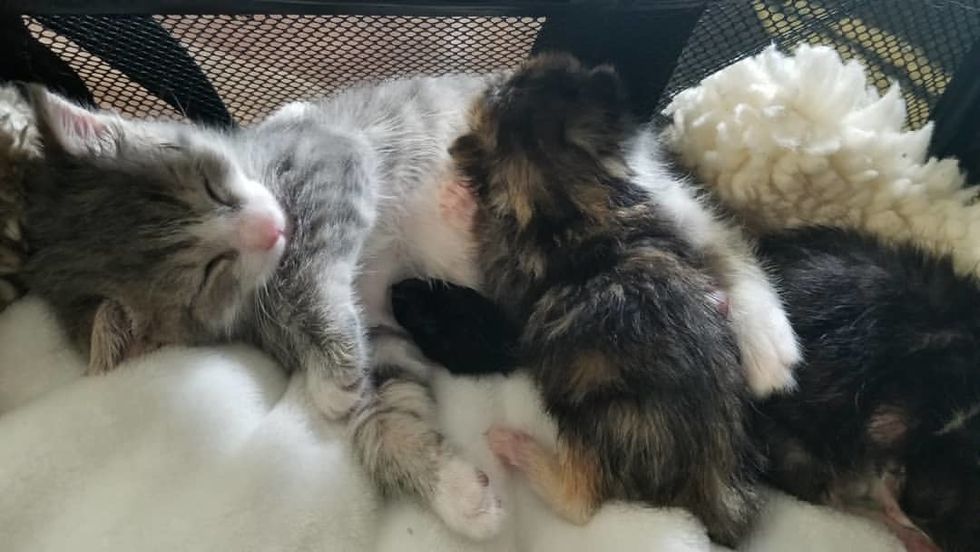 He kept them company and made it less stressful.

"Heathrow had taken over as the heating pad for Windsor and Chesham during the day." 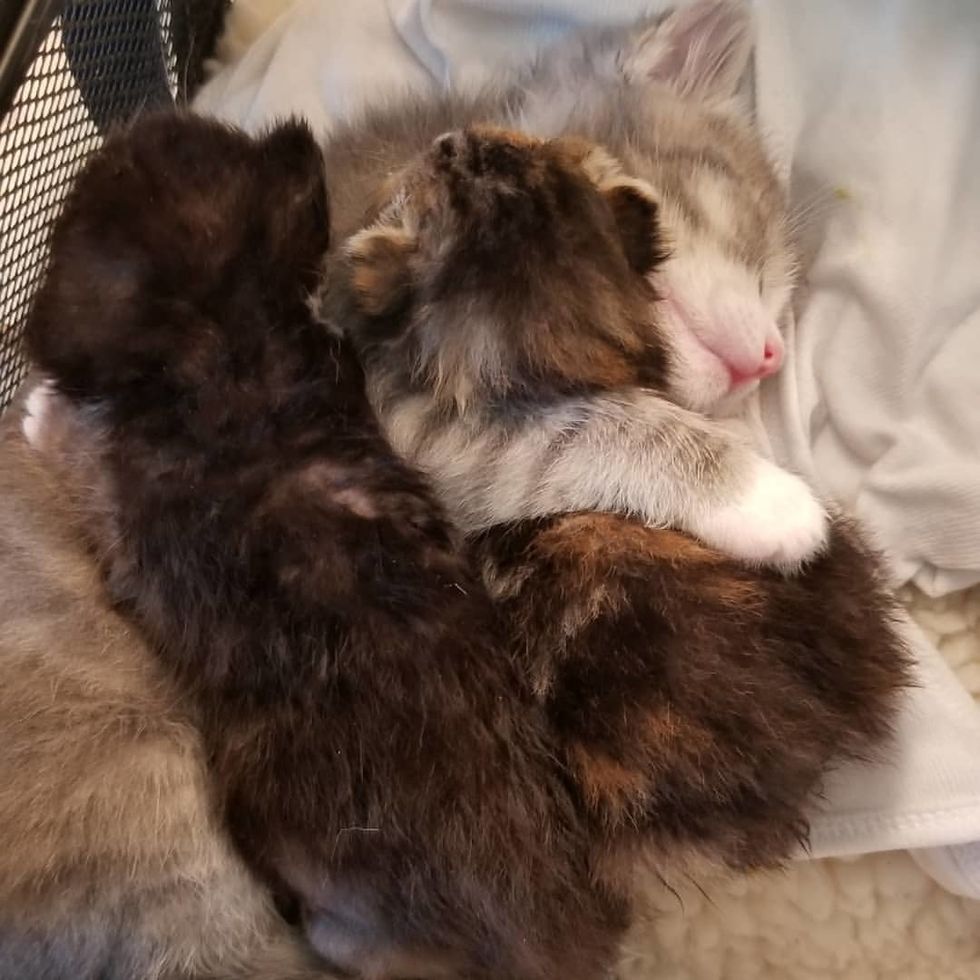 When they are not napping, Heathrow teaches them how to wrestle and play. 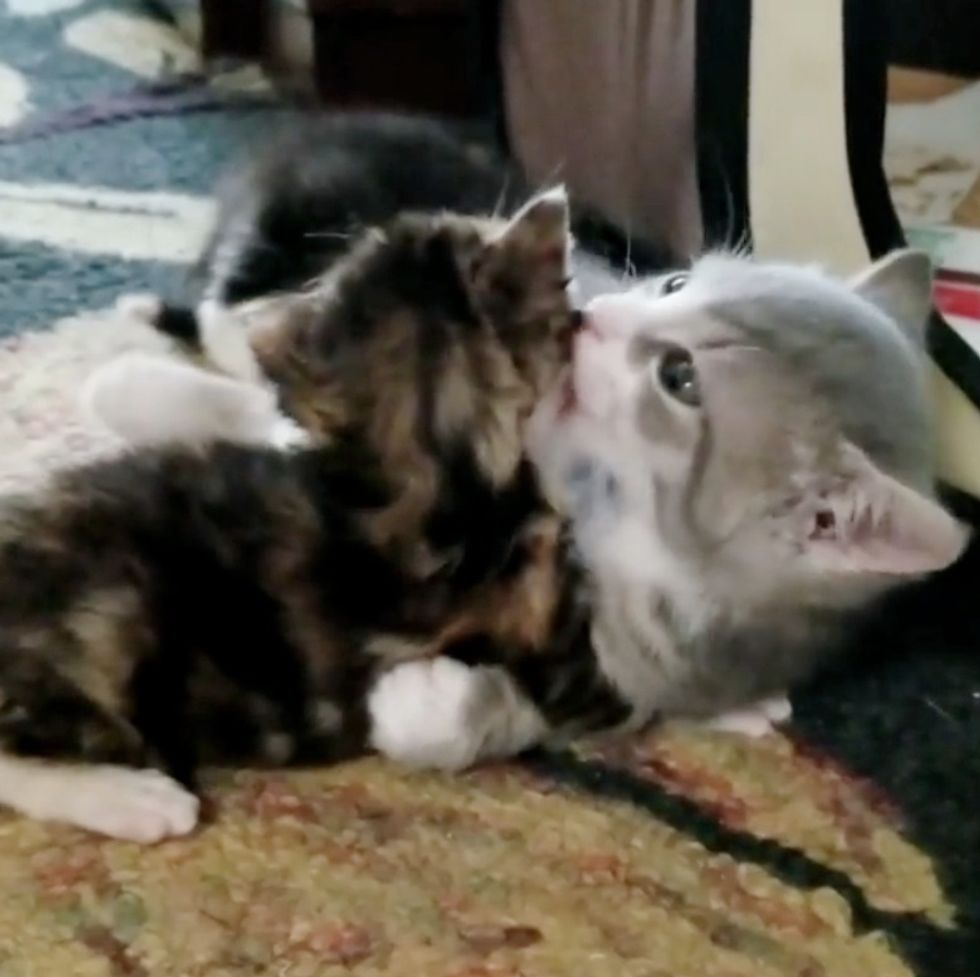 The little fighter has come a long way.

A few days ago, Heathrow reached yet another milestone when he learned to eat solid food. He made everyone very proud. 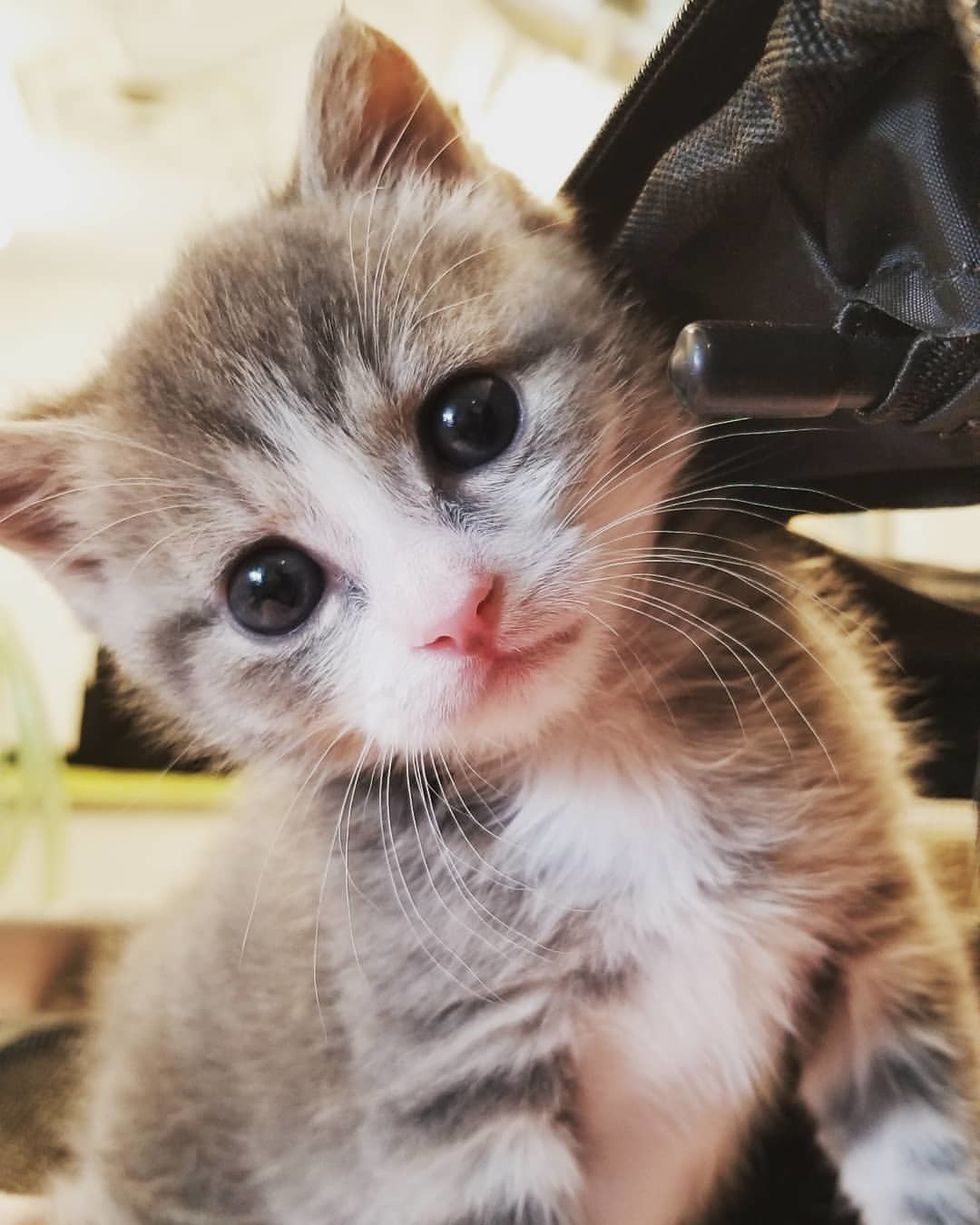 "While pneumonia can take weeks to recover from, all that's left currently is an occasional cough if he plays way too hard," Ellen told Love Meow.

"Pneumonia treatment requires patience, constant monitoring and a person that won't give up on these little guys, and that is what the CGMFF does! We make these success stories possible." 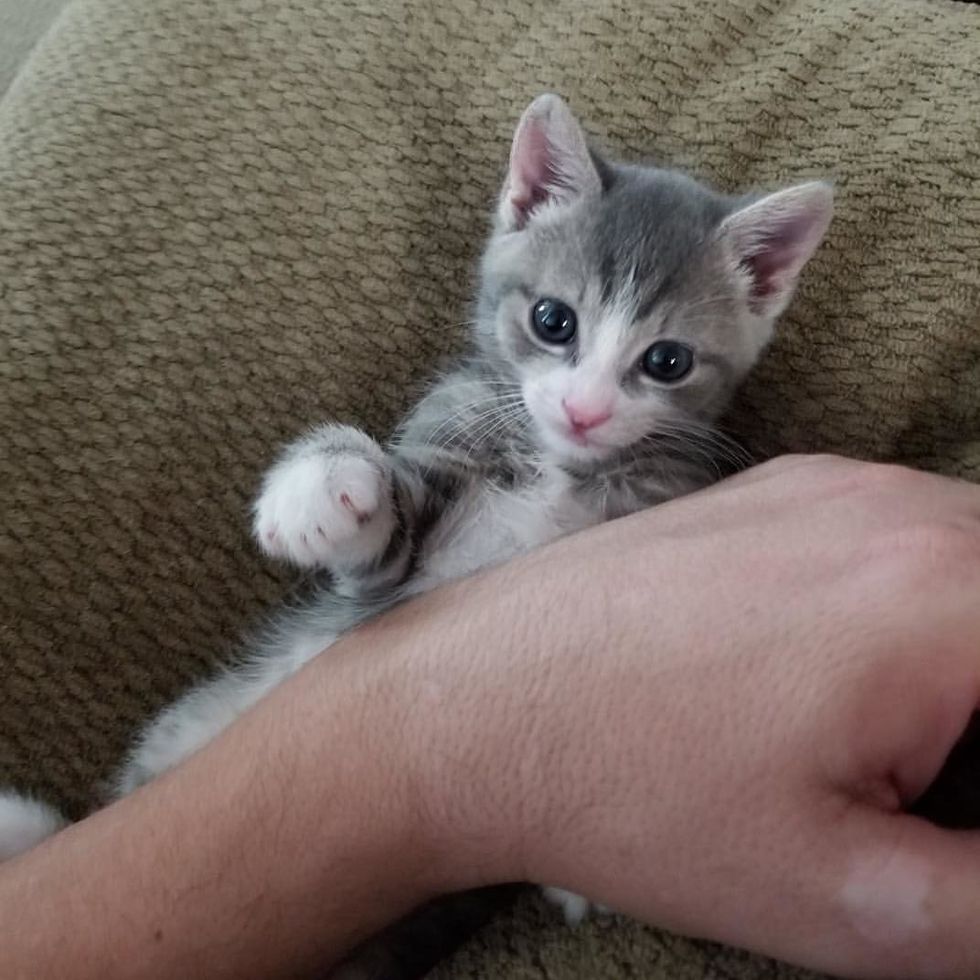 "Heathrow is no longer a subtle shade of blue, but a proper pink!"

The warrior kitty has stolen the hearts of a family that will be welcoming him to his forever home next month. As for now, he is loving his new life as a rambunctious, happy, healthy kitty. 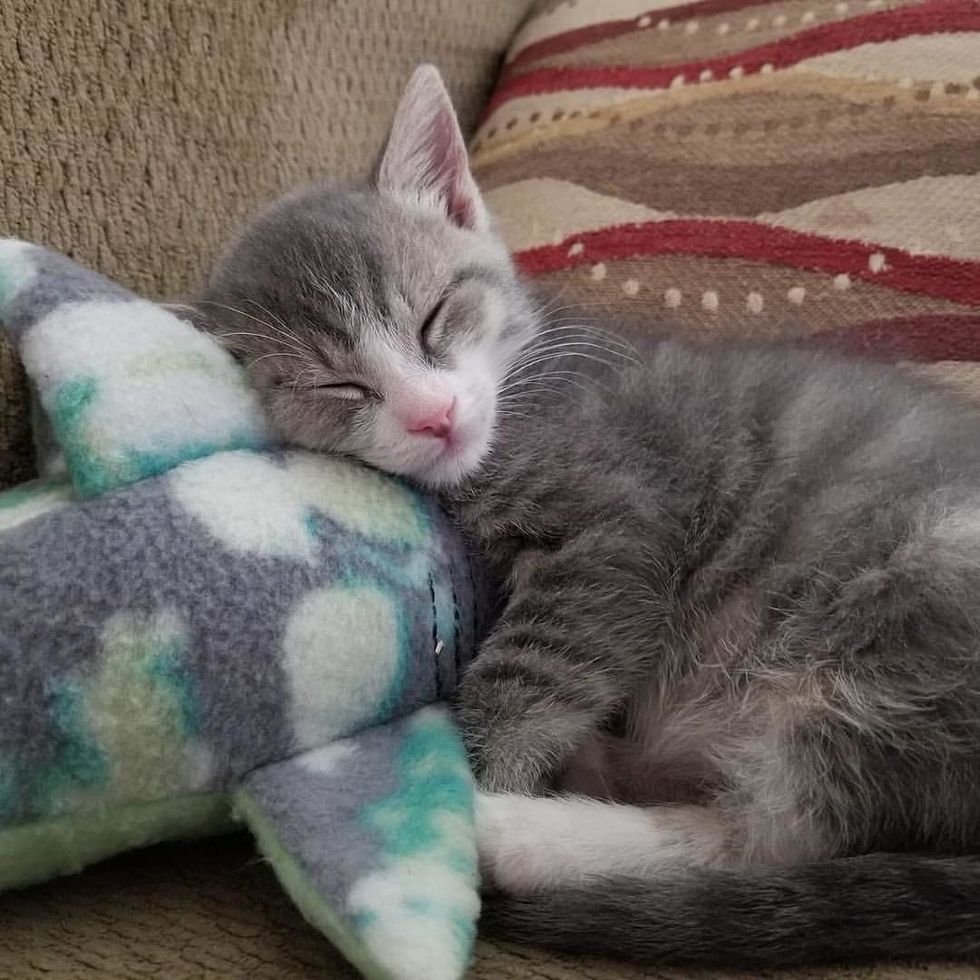