Kitten Found Stuck in Mud Under Steel is Saved by Teamwork, What a Difference One Day Makes

A tiny kitten was found stuck in the mud under a pile of steel on a cold September day. It took a small army of teamwork to get this little boy rushed to the vet. 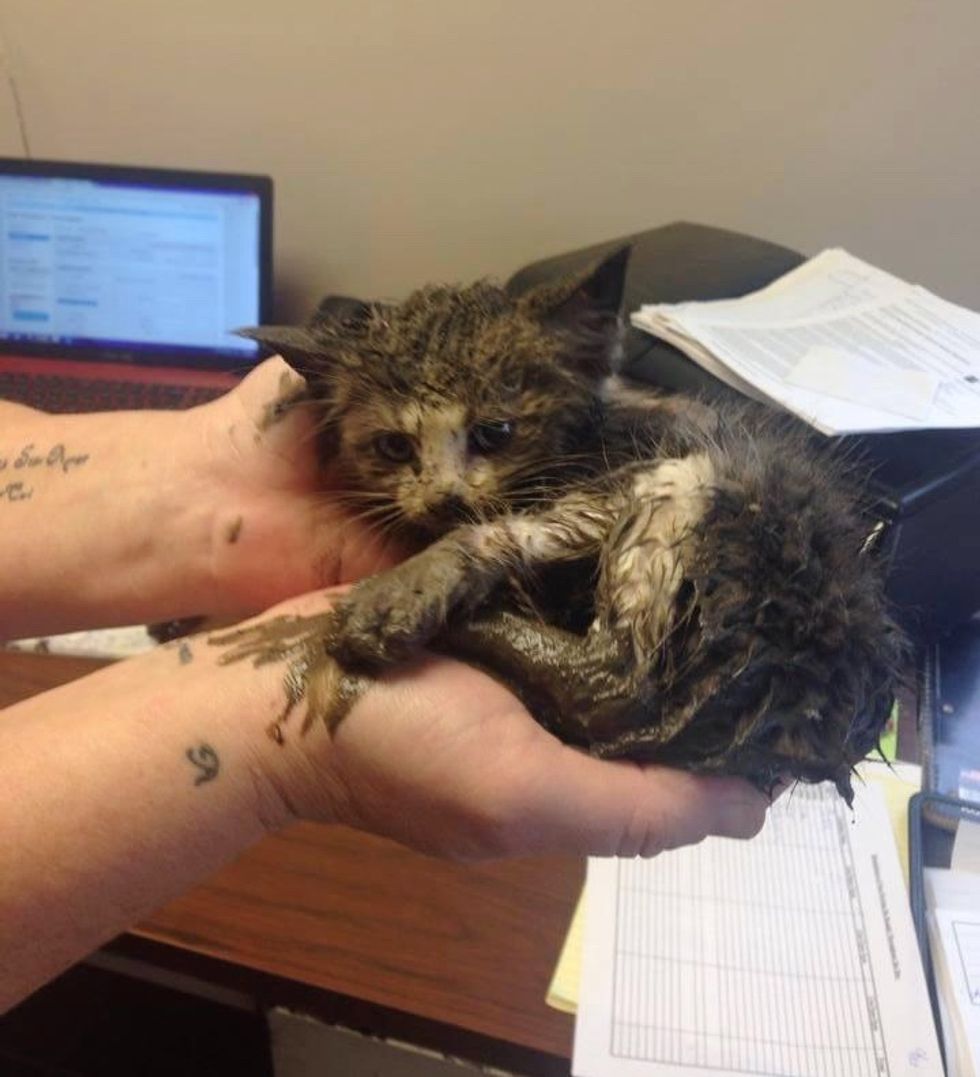 Two years ago, an urgent message came into Itty Bitty Kitty Committee, a rescue group in Charleston, West Virginia, about a kitten who needed some help.

"The weather was much colder at that time and a kitten was stuck in the freezing mud under a scrap of metal," Dorella Tuckwiller, founder of IBKC, said.

"The kitten was dug out and after pleas for help we got him from Huntington to one of our wonderful vets, in Charleston. He was so cold that he was transported inside a shirt while being held closely to the heart of the human who was driving."

They called him Steely Dan. The little one was finally safe and warm! 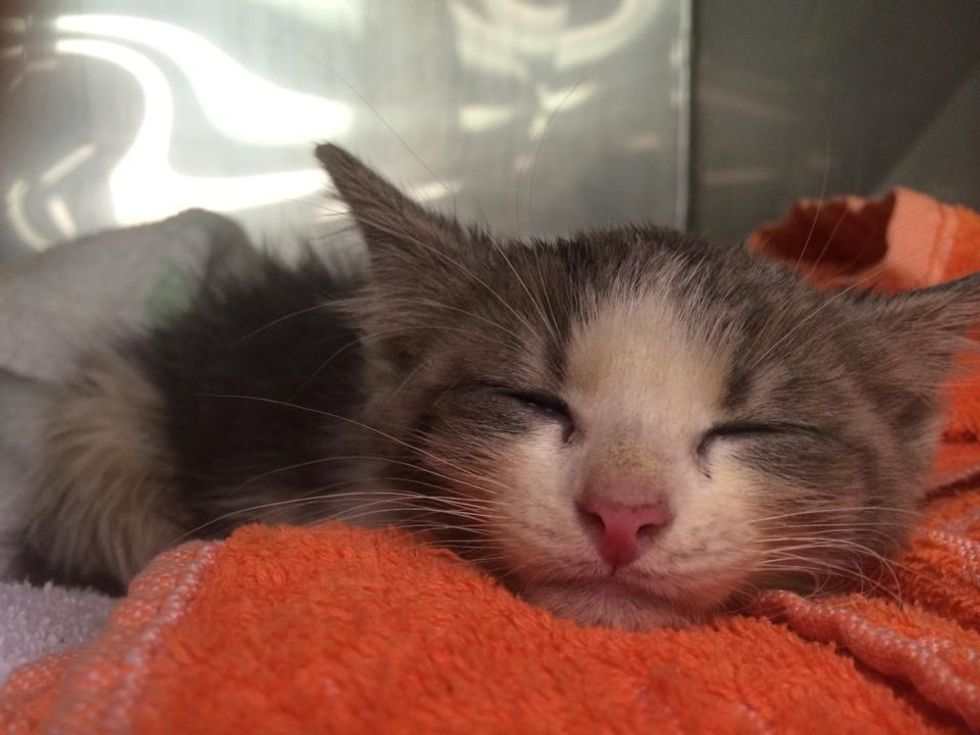 "He was hypothermic and almost non responsive by the time he made it to Good Shepherd Veterinarian Hospital."

Steely Dan was emaciated and very sick, but the whole team of staff stayed by his side, making sure he got everything he needed to battle through the night.

What a difference one day can make! 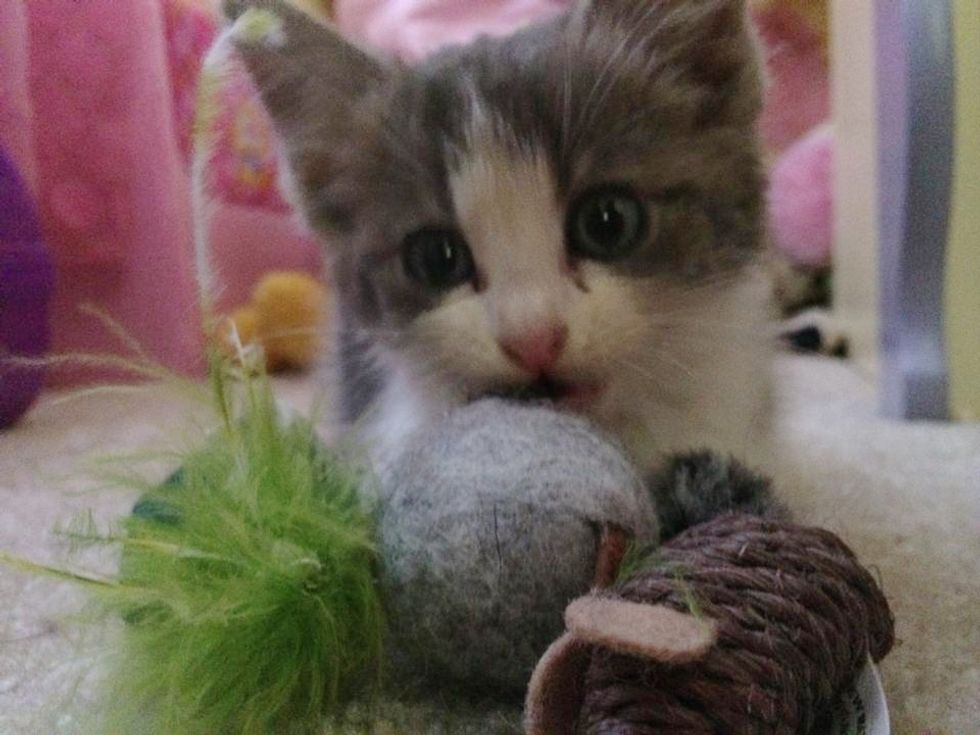 He stayed at the hospital the first night so he could be monitored. The next morning, he was a completely different kitty, full of energy and very talkative.

Steely Dan telling his human he's ready to be discharged:

His foster mom Kelly took him home, and the little fur buddy began to explore.

"He is checking things out! Already used the potty and met his new friends," Kelly said. 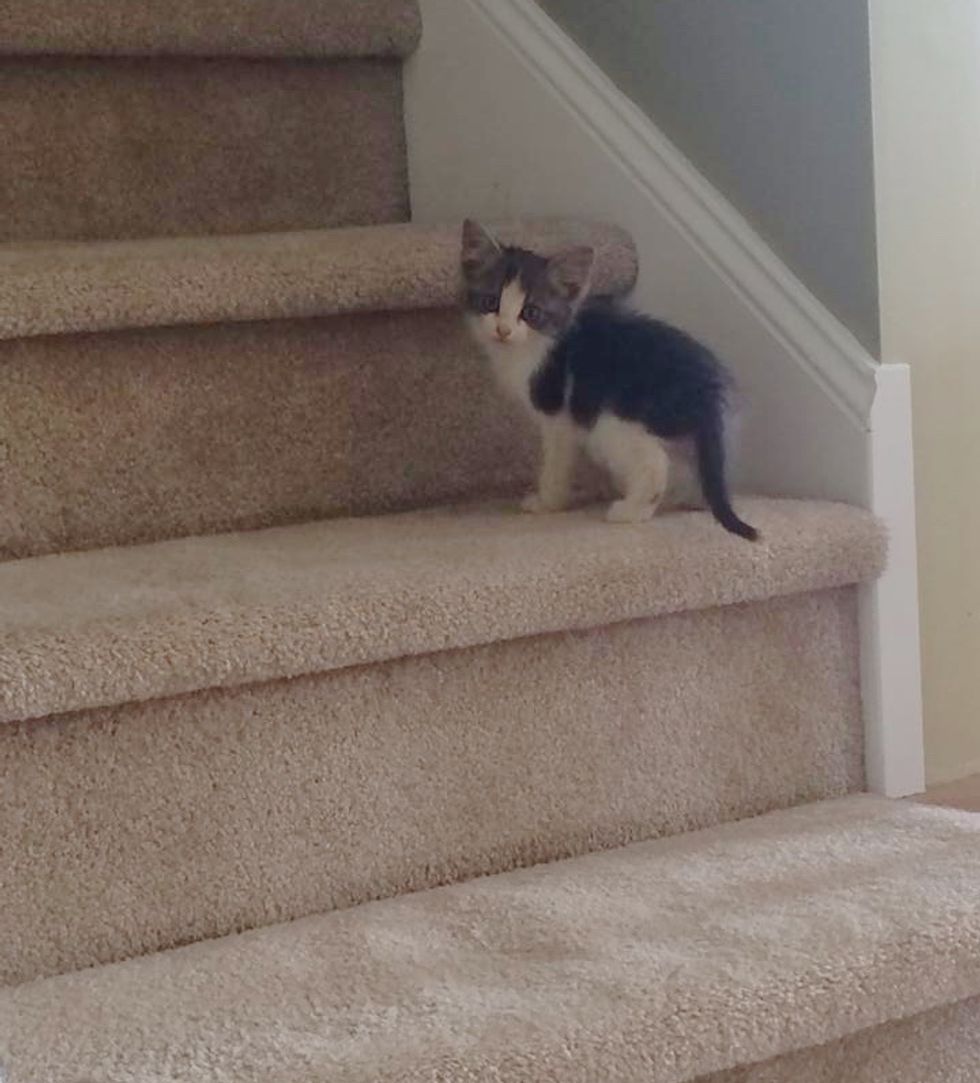 There's so much happiness and love on that little face!

The rescue kitty stole everyone's heart in his foster home. After a couple of weeks, Kelly and her family couldn't imagine life without him in it. That day, they made his home permanent for him.

The kitty was renamed Oscar the Man Kitty. 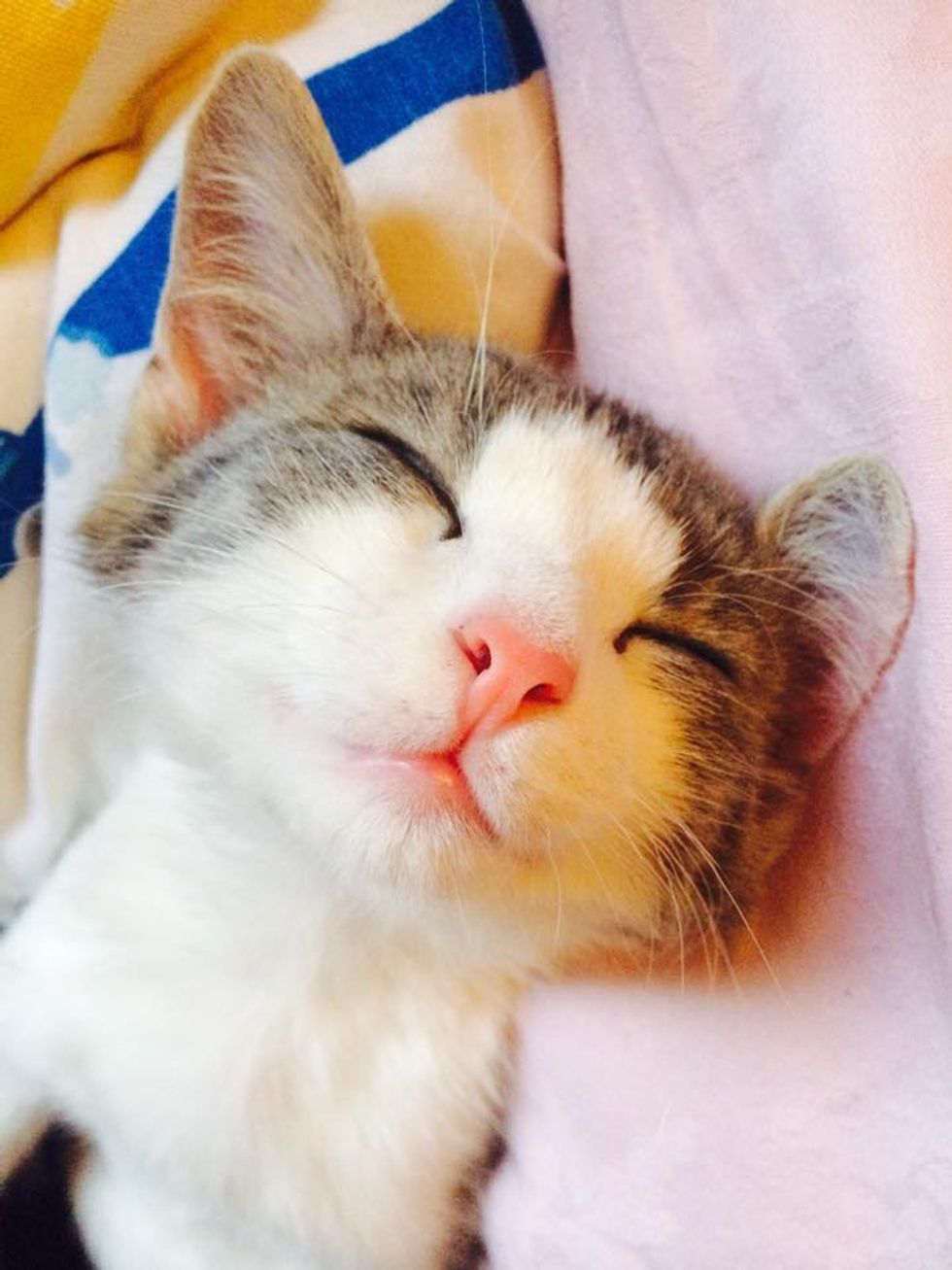 "Thanks to a small army of people who cared and acted, the veterinarians and those who believed and donated.... he made it and was adopted."

Man Kitty grew by leaps and bounds. He passed out in a food coma lying in his mom's lap after a good, hearty meal. 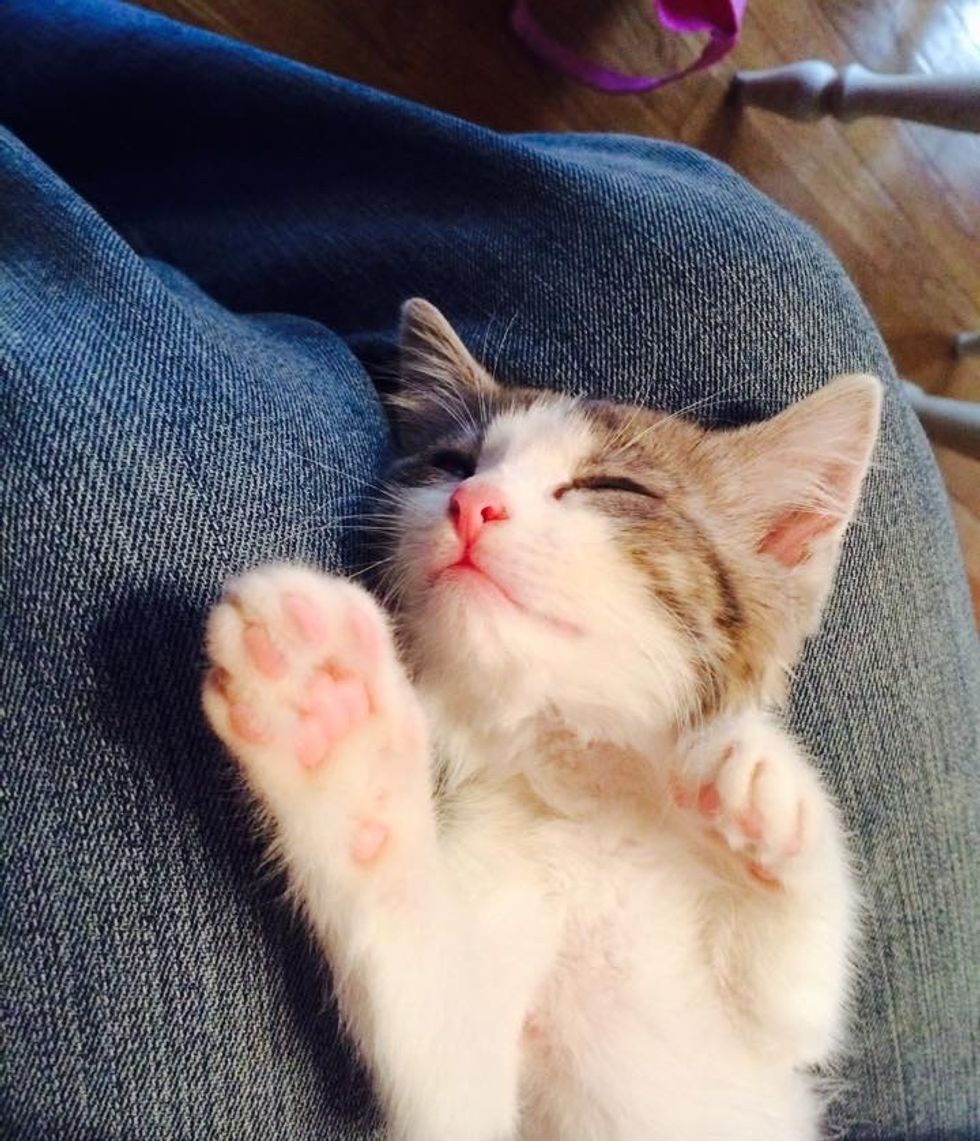 All grown up now! Man Kitty is giving back by helping his mom foster other kitties in need. 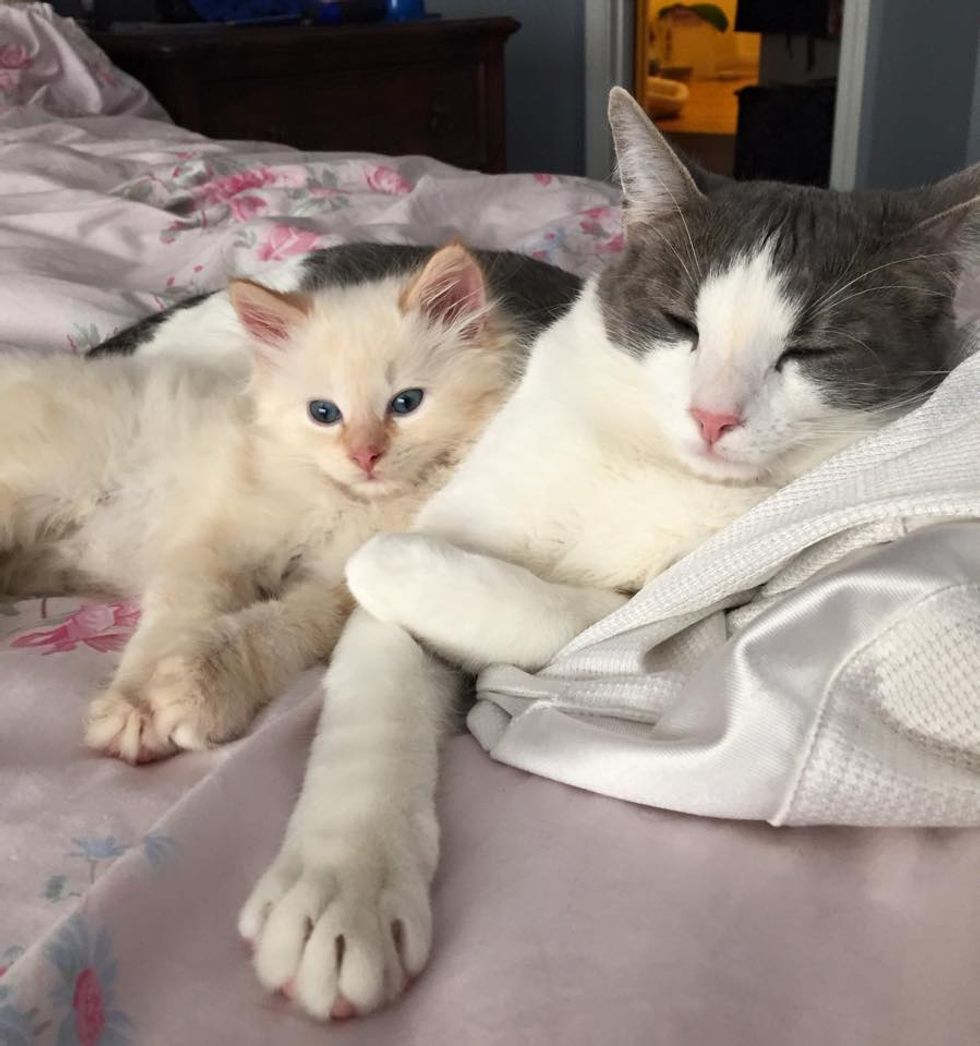 "This is truly why we do what we do. It takes teamwork, it takes dedication, it takes the support of friends as well as strangers to make the (oftentimes) impossible happen." 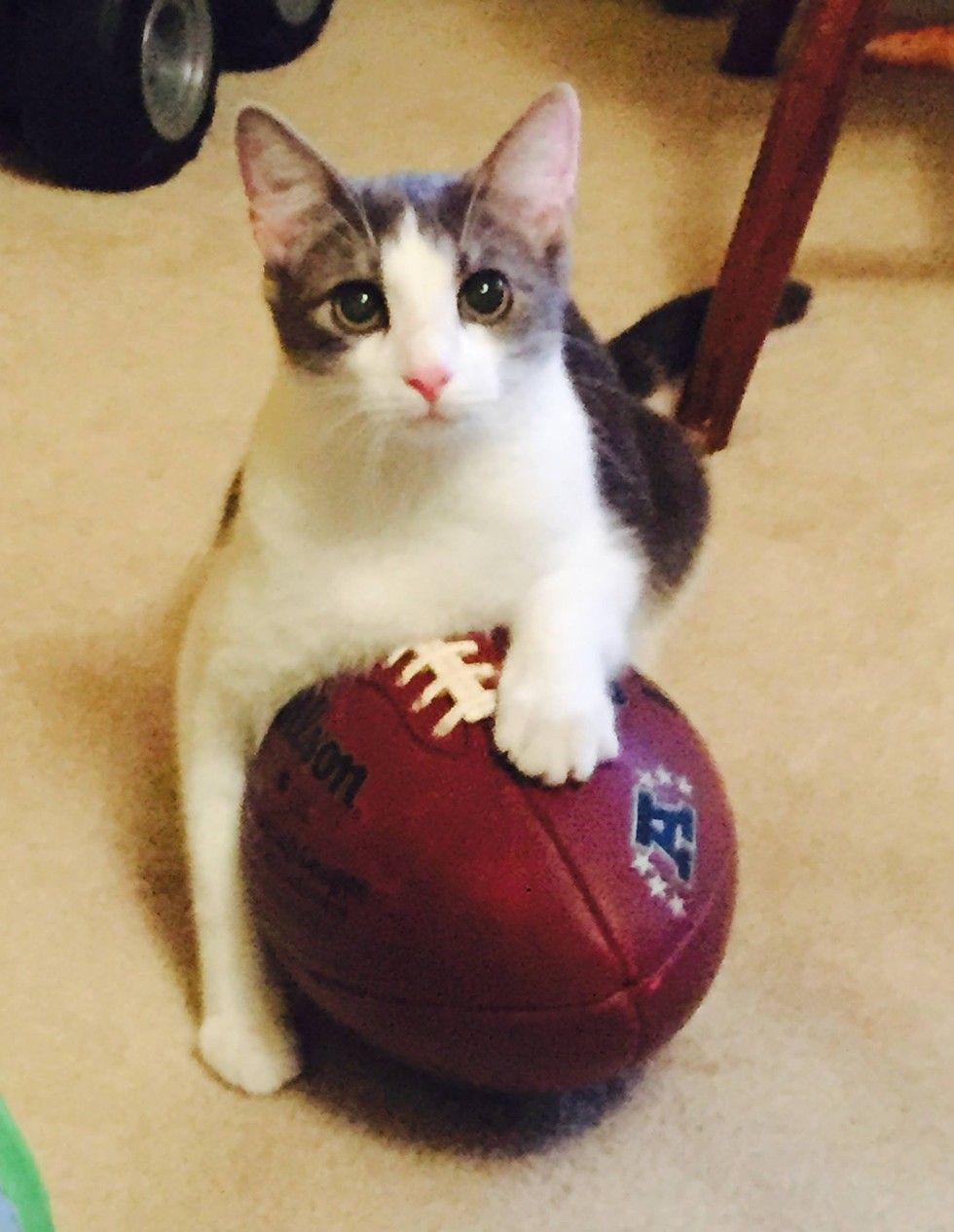 What love can do! Share this story with your friends.

Related story: Orphaned Kitten Rescued from Highway, Then And Now