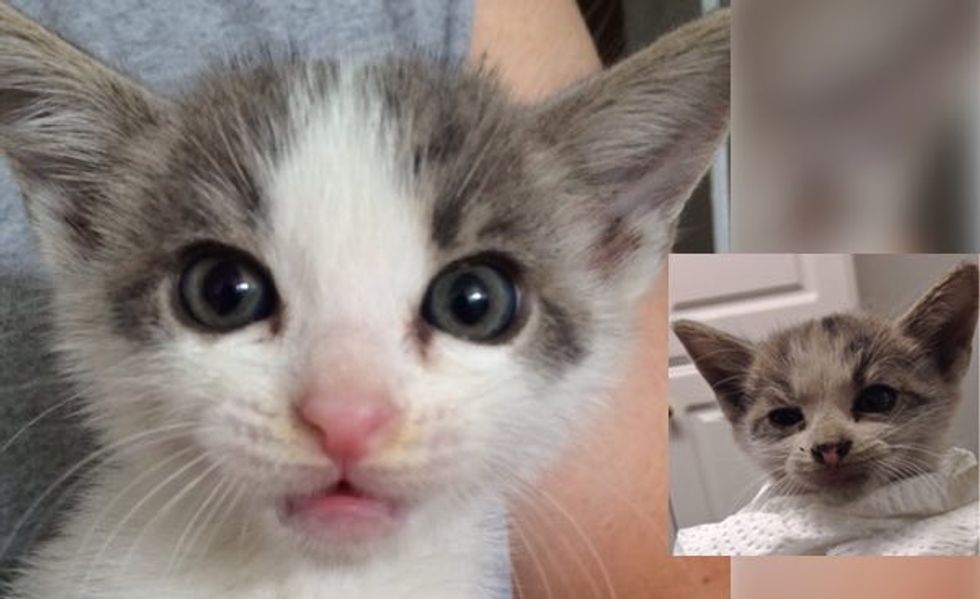 Kitten Saved from Under a Truck at Traffic Light. The Difference in One Week! 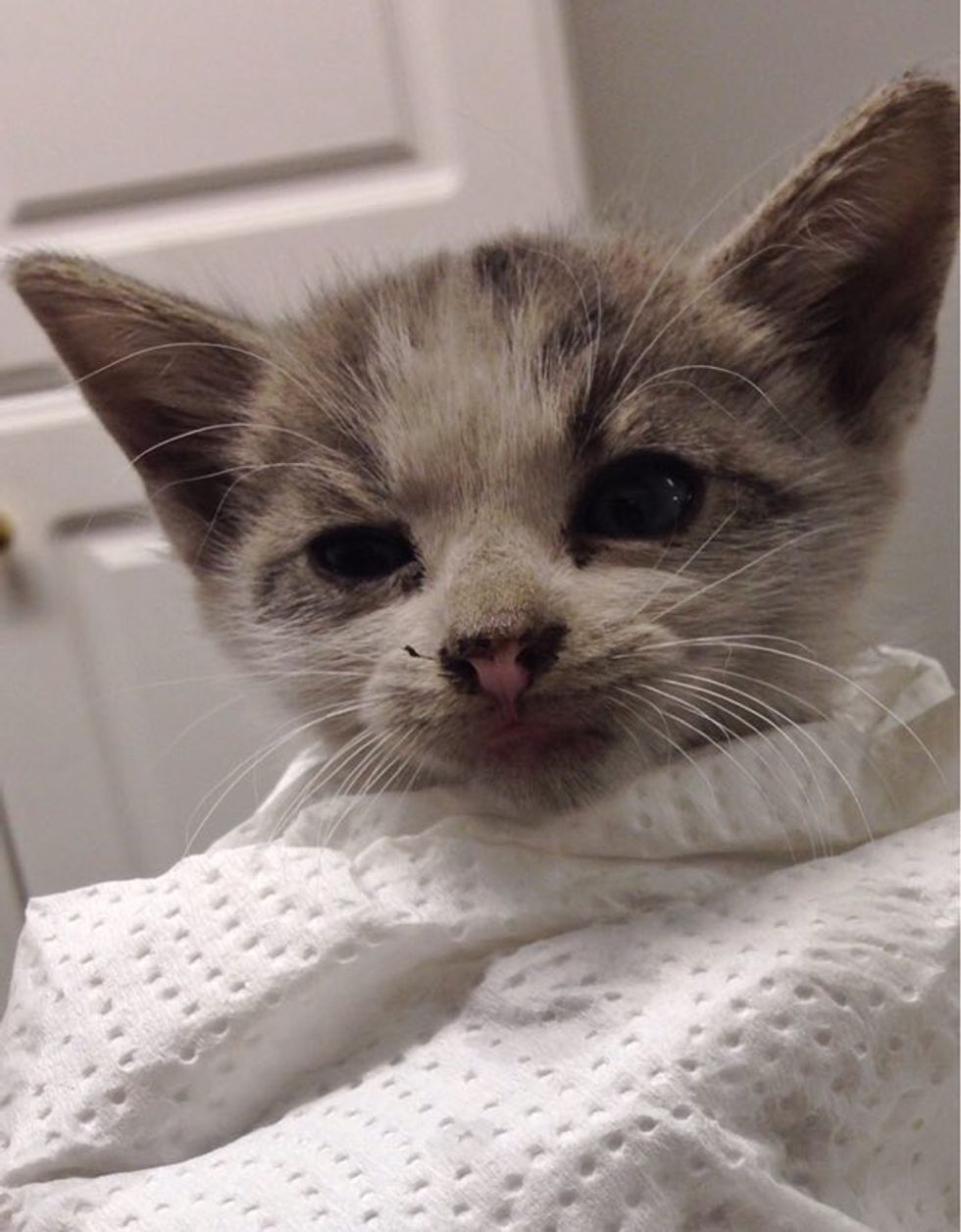 A young couple spotted a tiny kitten running under a big truck at a traffic light. Afraid that the kitten might be in danger, the couple got out of their car and ran to the rescue.

"SO and I were driving around when we saw this little dude dart under a truck at a red light. Luckily we were able to grab him before he got run over," said reddit user lady_darlington.

One week after they rescued the kitty. What a difference! 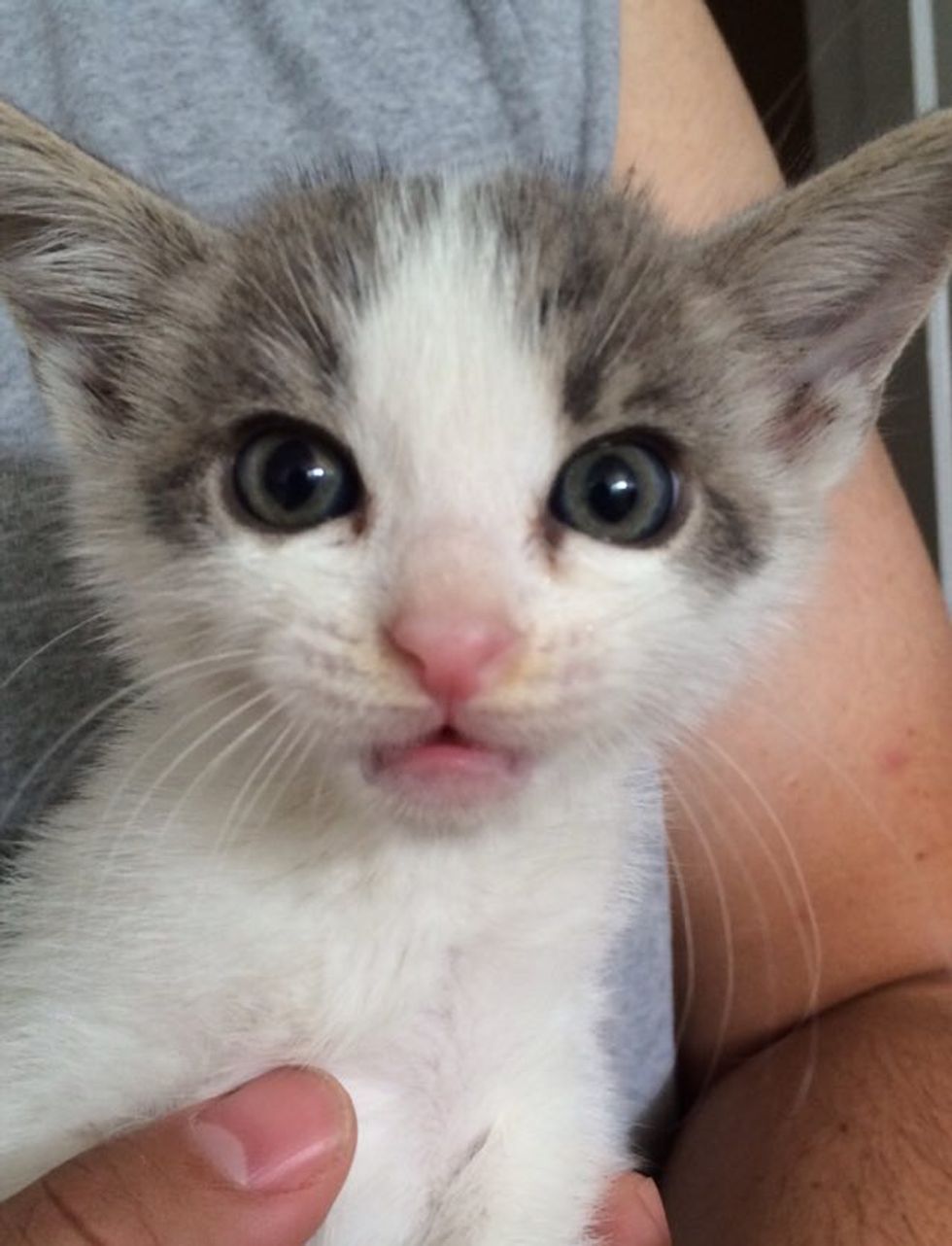 "Fortunately we were only a couple of lanes away from the truck. As I rushed from the car, the light turned green, but two guys riding bicycles on the sidewalk realised what was going on, so they're actually the ones who told (well, yelled at!) the people in the truck not to move while I grabbed the kitty, who was trying to hide near their back tire.

He hissed at me when I grabbed him from under the truck (was very clearly afraid) and he dislikes being held. But he's pretty cuddly on his own terms and took to us almost immediately. He hated when we took him to the vet the next day and proceeded to crawl on my SO's shoulder to keep safe."

"He's definitely the most vocal of my three cats! A different meow for every occasion/emotion." 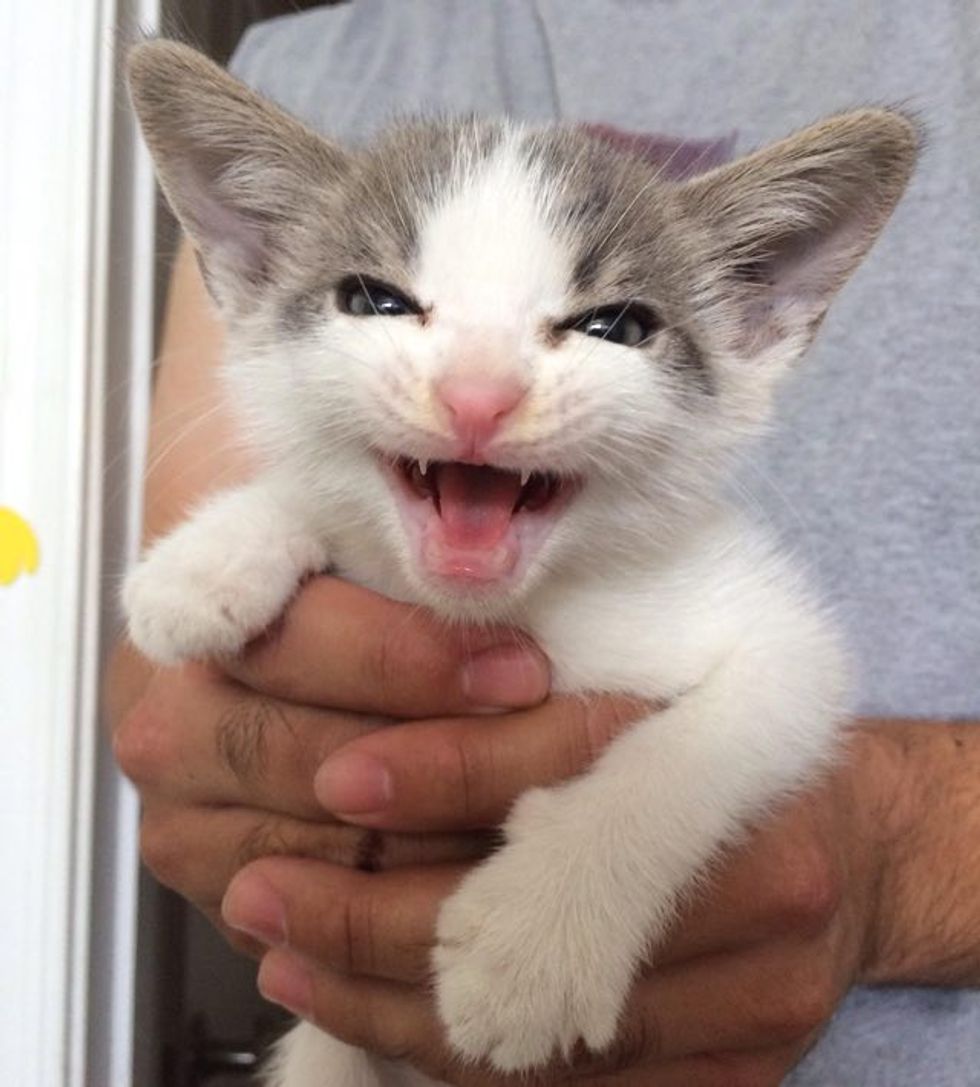 The kitty received a clean bill of health at the vet. "He's received his first set of vaccinations, so he's now joined the ranks of our unexpected kitty family, whether he likes it or not! (I think he likes it, though.)" she wrote.

Then it was time to name the kitty. "My SO suggested Lucky and also Almost, but generally we like to give our animals regal-sounding human names. So he is Leopold Atticus Black III (he's not really the III, but it flows so well)!"

Kitty crawls to the spot where he feels the safest, his human dad's shoulder. 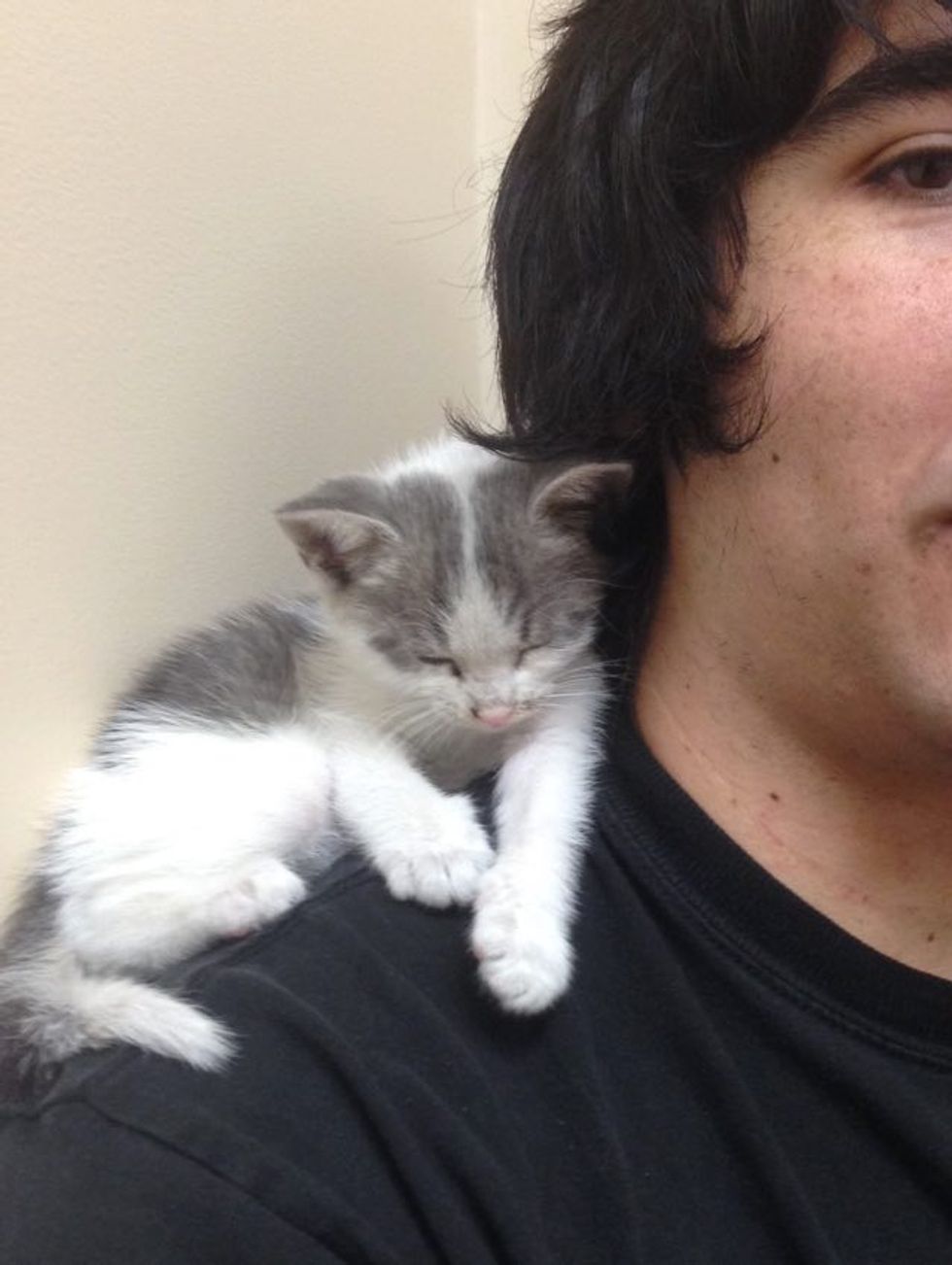 It's amazing the difference rescue can make in just one week.