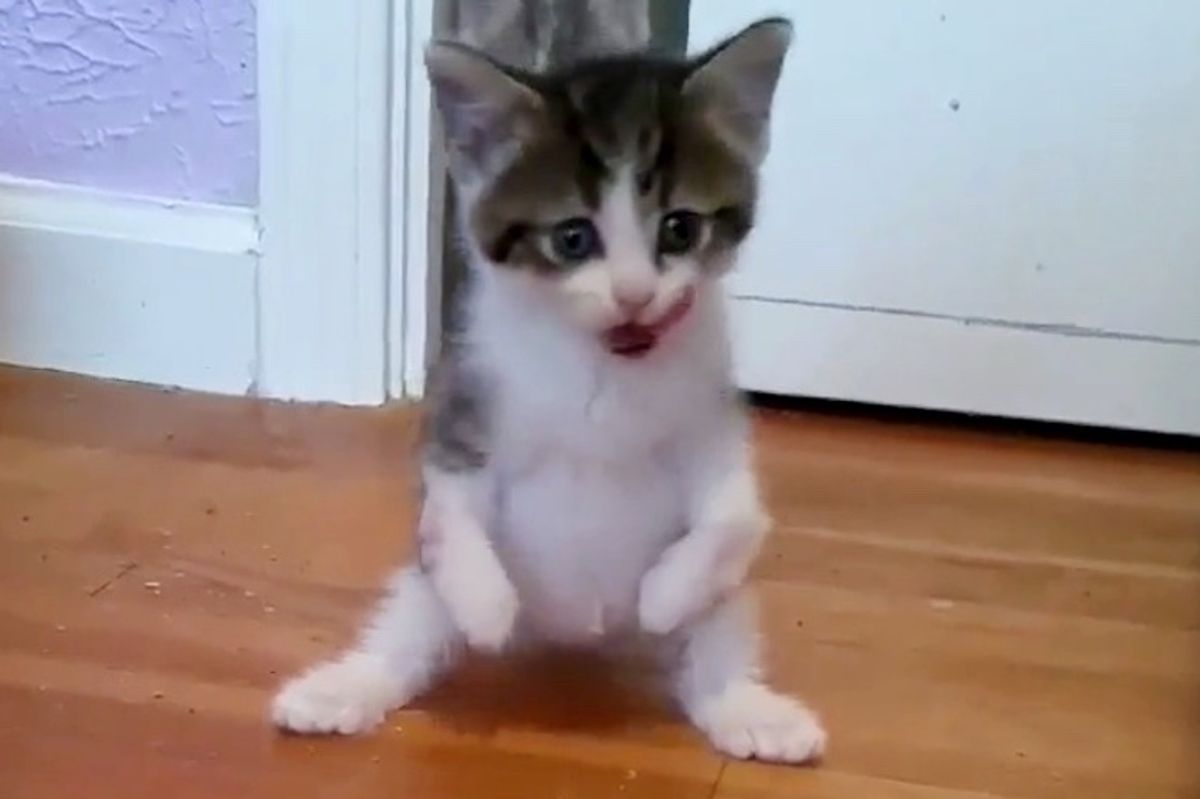 A litter of five kittens and their cat mother were given a second chance at life after they were found abandoned from their home.

One of the kittens, named Piper, was born with leg defects, but she lets nothing slow her down.

Piper was born with a condition called radial agenesis, which causes forelimb deformity. Here Kitty Kitty Rescue (in Elkhart, Indiana) took in the family of six after they were found abandoned outside their home.

"At three weeks old, Piper was learning to walk and crawl and was obviously not using the litter box well," the rescue shared with Love Meow. "Her 'owner' got mad at the accidents and decided to just throw the whole family outside. Luckily, a family member found out what happened and got help for them."

When they arrived at Here Kitty Kitty Rescue, a foster family was ready to welcome them into their home.

"Piper is the only girl of her five siblings. Upon bringing them home, the momma was talkative and loving, and the babies weren't scared at all," Tina Weigle, foster mom, told Love Meow.

Despite her condition, Piper is very active and extremely friendly. "She would see us enter the room and would start making her way toward us. All the babies want to be near us and aren't afraid of head scratches and soft pets."

Nursing off the mama cat was a bit challenging for little Piper.

"We were worried that she wasn't getting the proper nutrition because her mom didn't seem interested in feeding. While the others could reach to feed when the mom was standing, Piper had difficulty doing so."

They tried to supplement with Kitten Milk Replacer but Piper wanted to eat on her own like a big kitty.

"She learned to crawl in the dry food bowl and began to eat wet food. She's such a little fighter. She doesn't let her special anatomy stop her from exploring or playing with her siblings," Tina added. (Scroll down for video)

Piper loves to play and can stand on her two legs like a champ. "One of her favorite things to do now is to stand like a T-Rex and survey her environment," Tina told Love Meow.

"If she can do something standing up on her hind legs, that's the way she prefers to do it."

The kitty is getting the best of care and will not have to worry any more.

"She's going to make a great cat for whoever sees how special she is and gives her a furever home. She's such a wonderful blessing to us - all of her family is."

Watch Piper in this cute video: