Woman Saves Kitten Who is Forever Tiny, and Turns Her Life Around

Koa was just two days old when she was brought into a veterinary clinic in Florida, needing rescue.

From the beginning, she was a fighter. 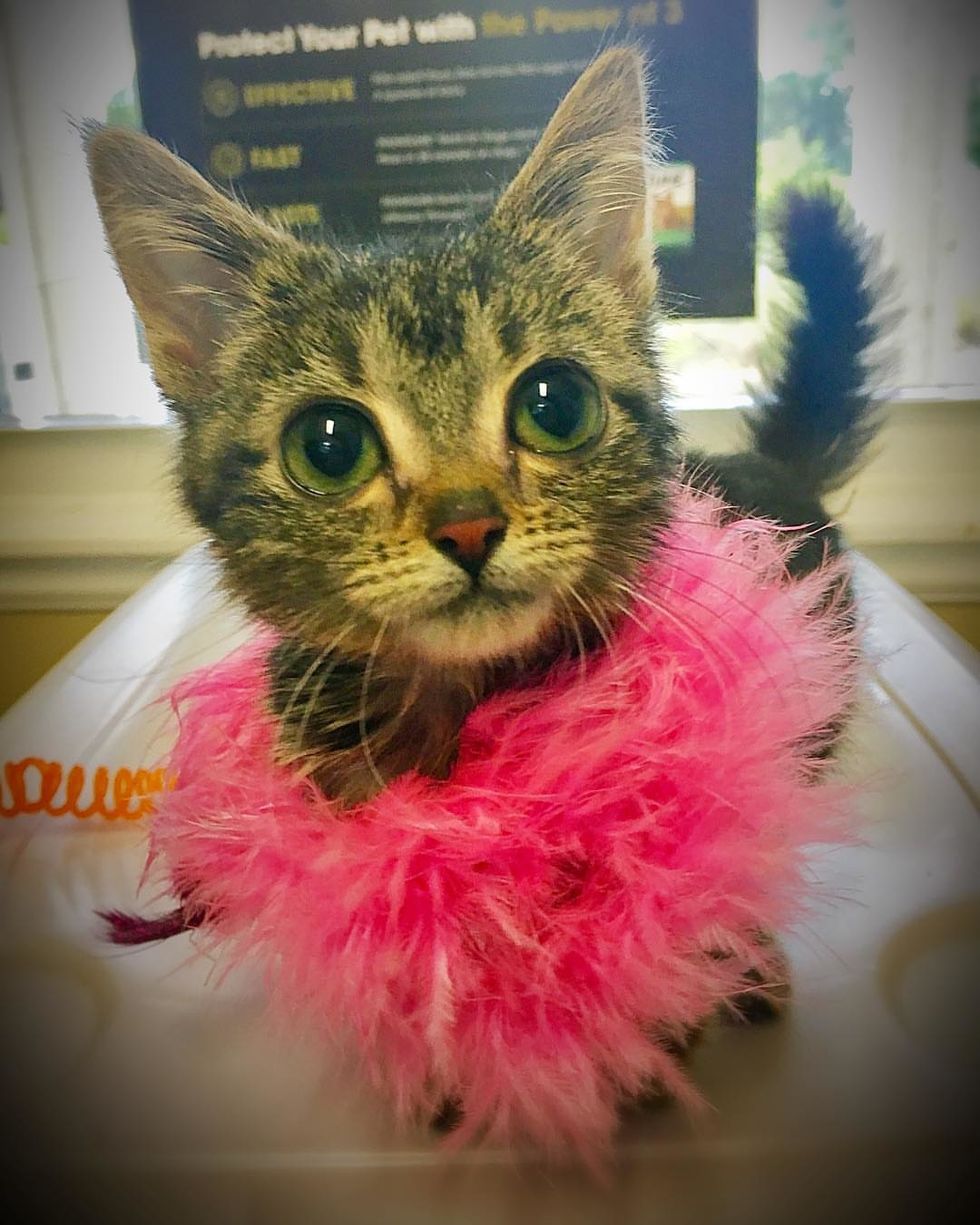 The palm-sized kitten came with a number of health issues. She had uncontrollable seizures and was hypoglycemic.

"She was seizing and the owner could not get her to stop. She surrendered Koa to our clinic so that we could treat her appropriately," Ashley, a veterinary technician at Newman Vets of Edgewater, told Love Meow.

Ashely has a soft spot for animals with special needs. She wanted to give Koa a fighting chance even though no one knew if she would make it.

The tabby girl was so tiny. She couldn't see or hear at a few days old but had a voracious appetite and an amazing will to live. 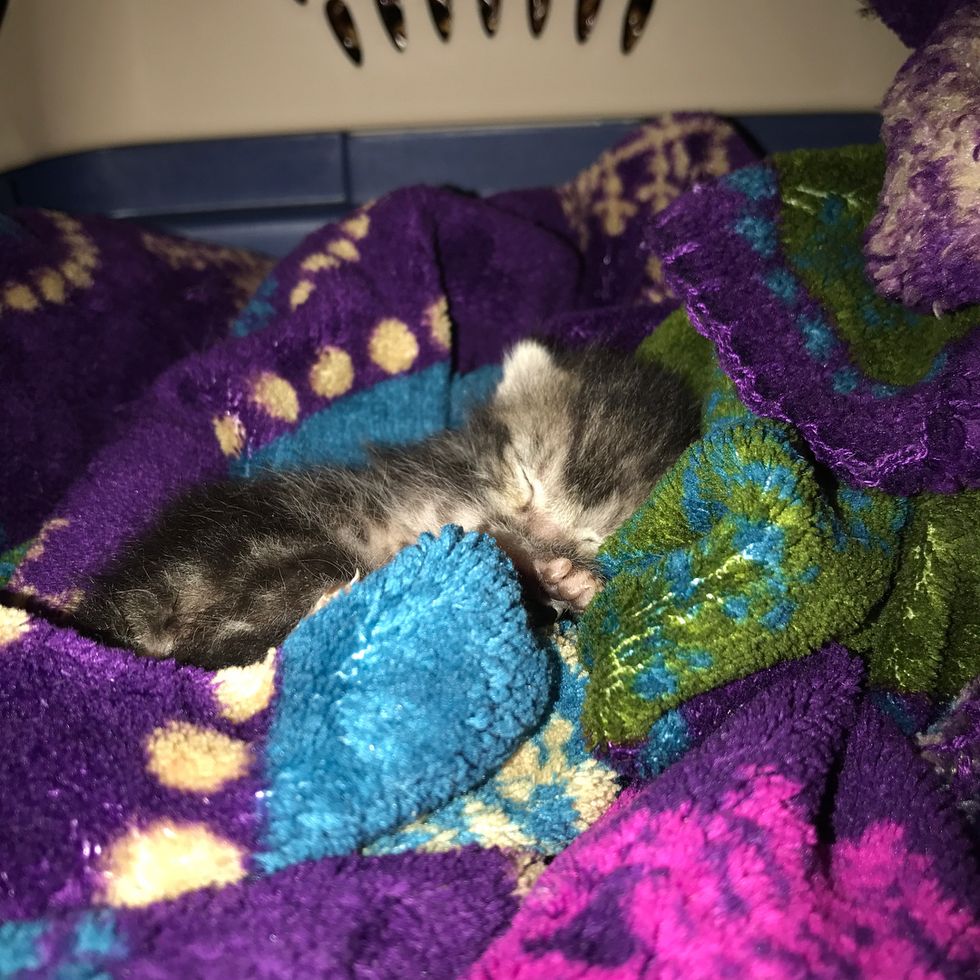 From the moment Ashley met Koa, she knew she would never give up on her.

After getting her blood sugar under control and feeding her proper food, Koa came out of the seizure and began to perk up. 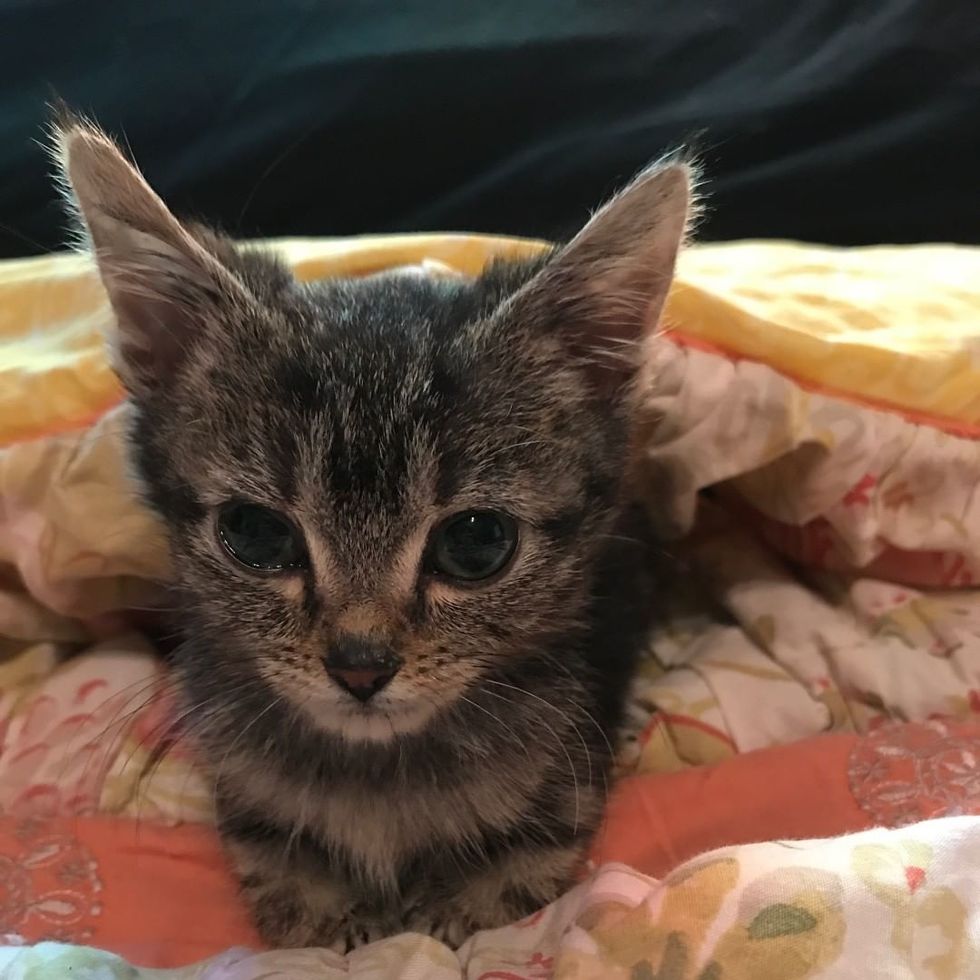 But the kitty stayed tiny and wasn't able to grow much despite the efforts. Soon, they noticed something different about her.

"She was born with several genetic conditions, one is dwarfism. We are sure it is pituitary dwarfism based on her size and other symptoms," Ashely told Love Meow. "She doesn't seem to have fragility in her bones like the other forms of dwarfism can cause, and she is proportionate, just small." 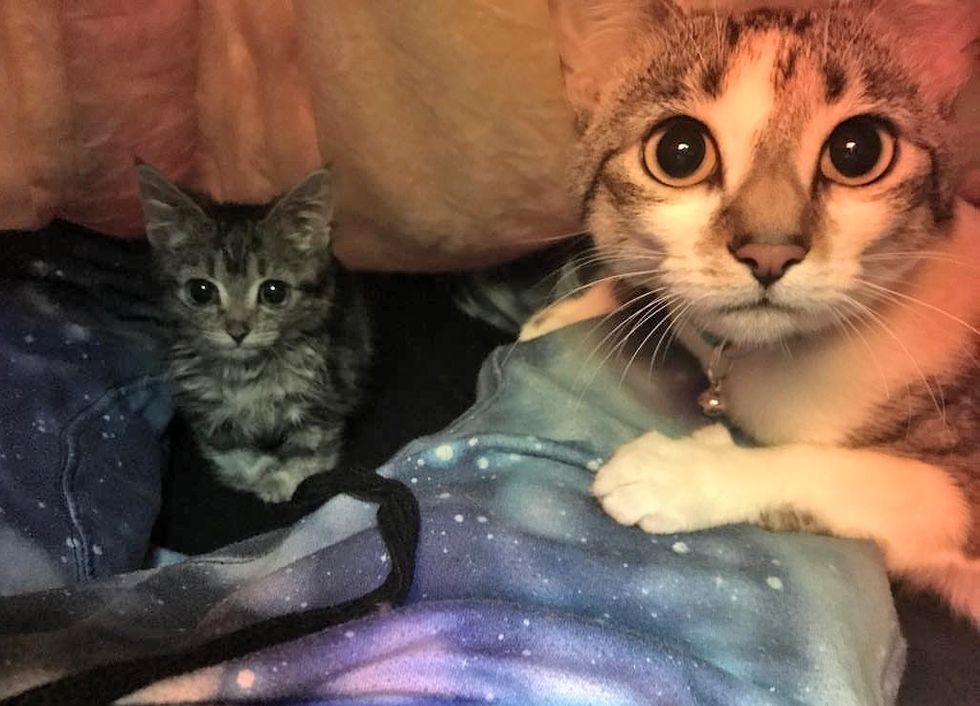 What she lacks in size, she makes up for in personality and energy.

Koa loves her canine friends, and Keely became her favorite snuggle buddy when she was a tiny kitten. 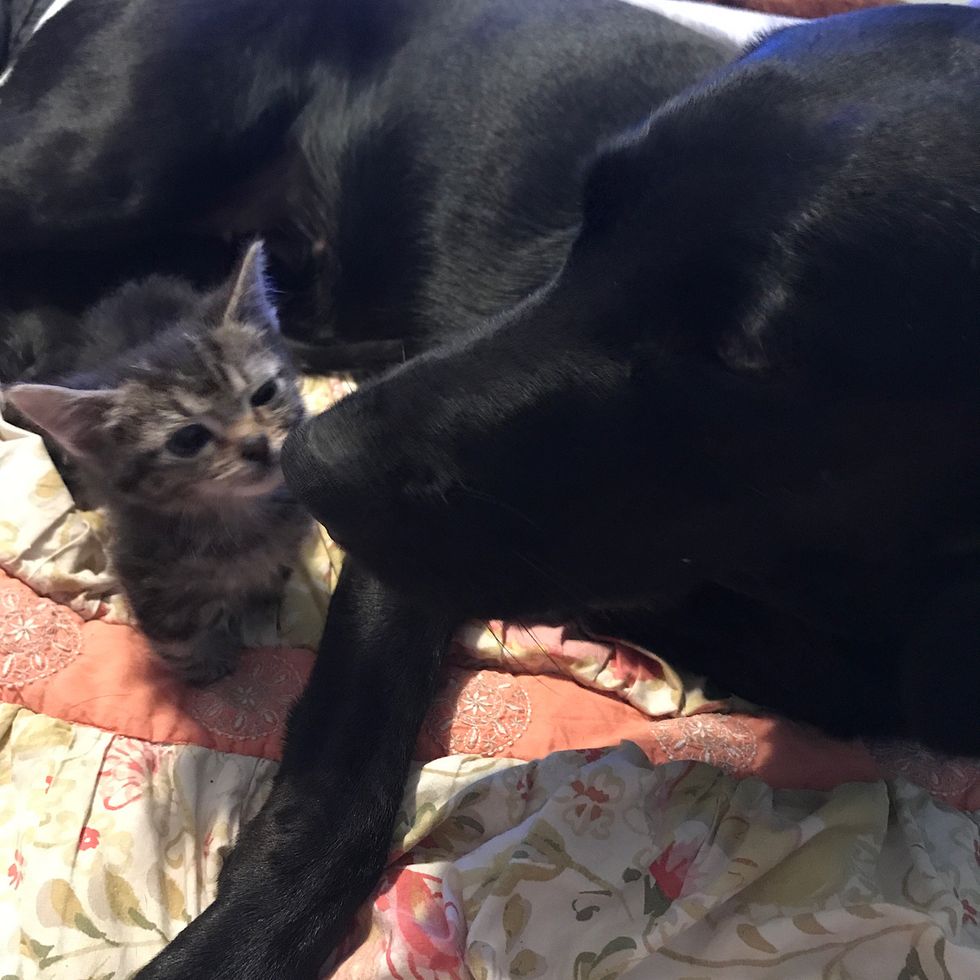 When Ashley brought home another foster kitten, Koa was excited, energized and began to thrive.

"When Koa had a friend to play with, she started eating even better and getting stronger and bigger." (Scroll down for video) 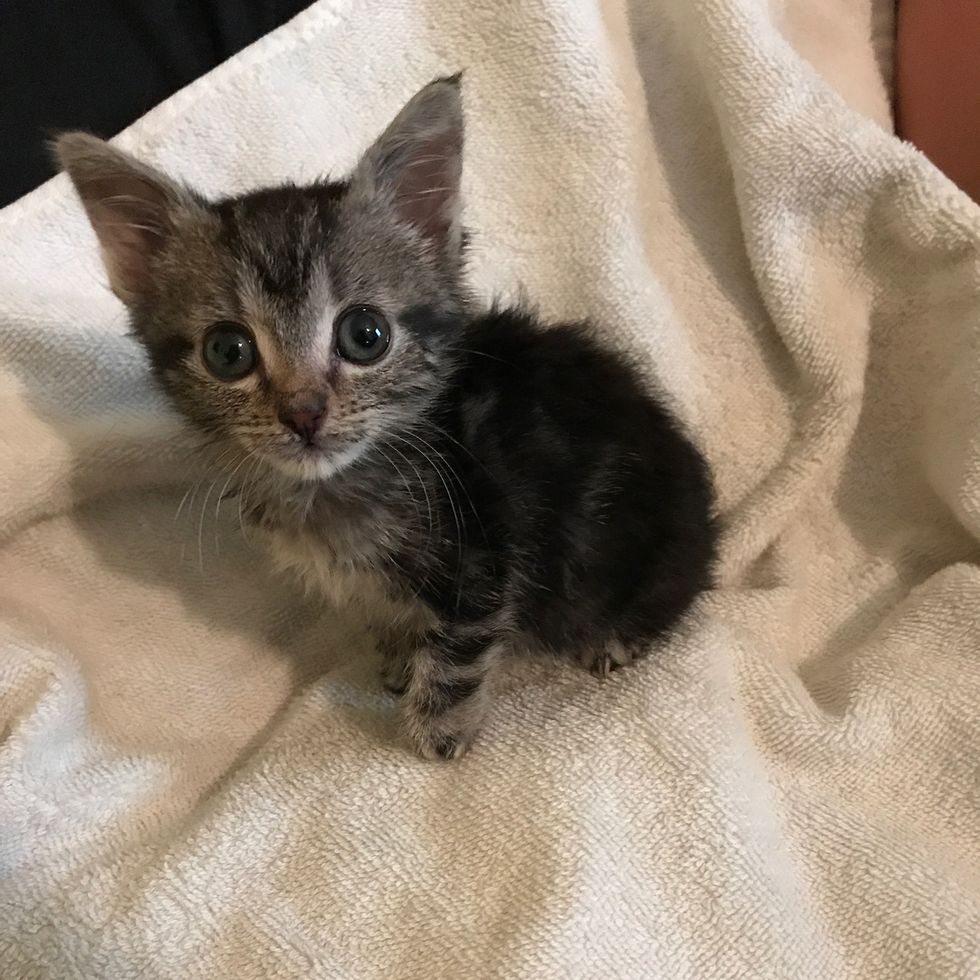 Despite being smaller than other younger kittens, she held her ground, showed them the ropes and taught them how to play with toys.

"Koa was 5.5 months old here and the other kitten was around one month." 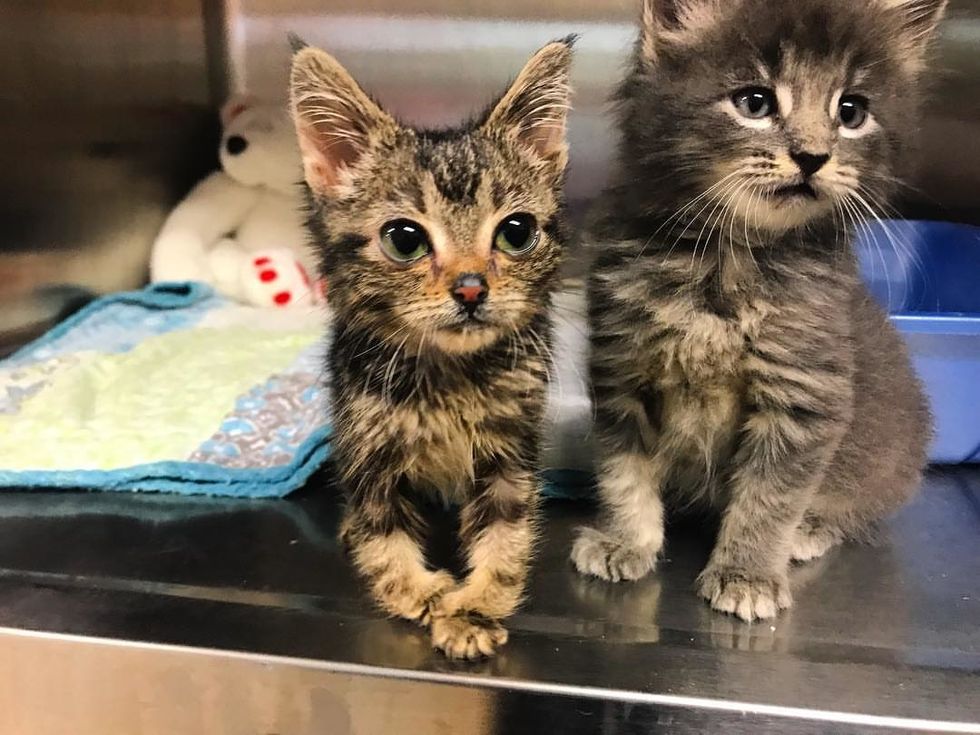 Koa remains on a special diet to help with her medical conditions but she loves to eat.

"She will eat absolutely anything and everything and tries to snatch food constantly. Despite being so tiny, she can jump onto bed and climb our cat tower without assistance," Ashely said. 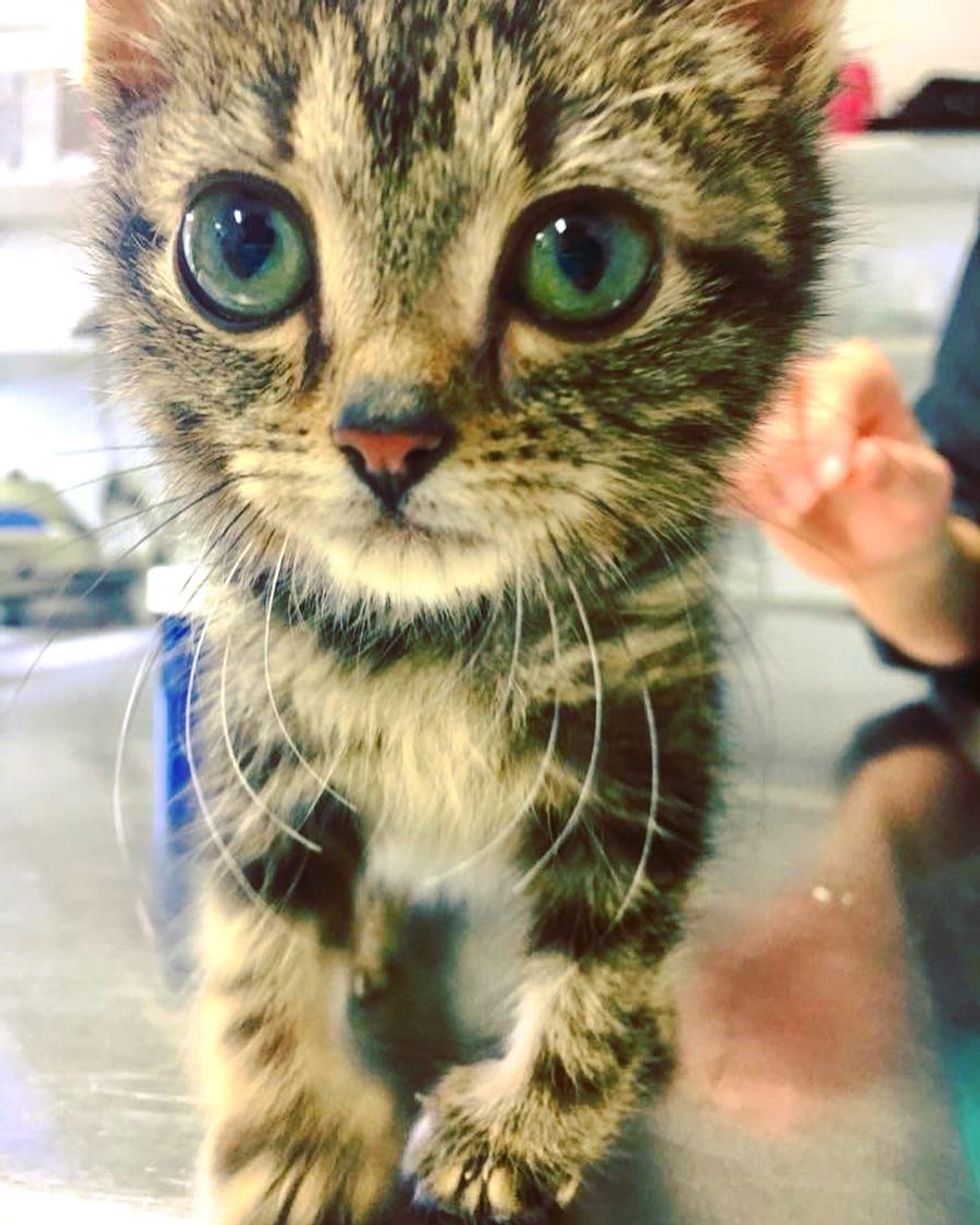 At almost one year old, Koa weighed about the same as a 2-month old kitten.

"She is very snuggly and loves giving everyone kisses. Her front paws are slightly deformed and have a club like appearance," Ashley added.

Watch her journey in this cute video:

"She loves to cuddle and has the biggest purr box on her! She has to be right up underneath me whenever I'm doing anything and loves to sleep under the covers in bed too," Ashely said.

Koa is now one and a half years old at about 3.5 pounds. 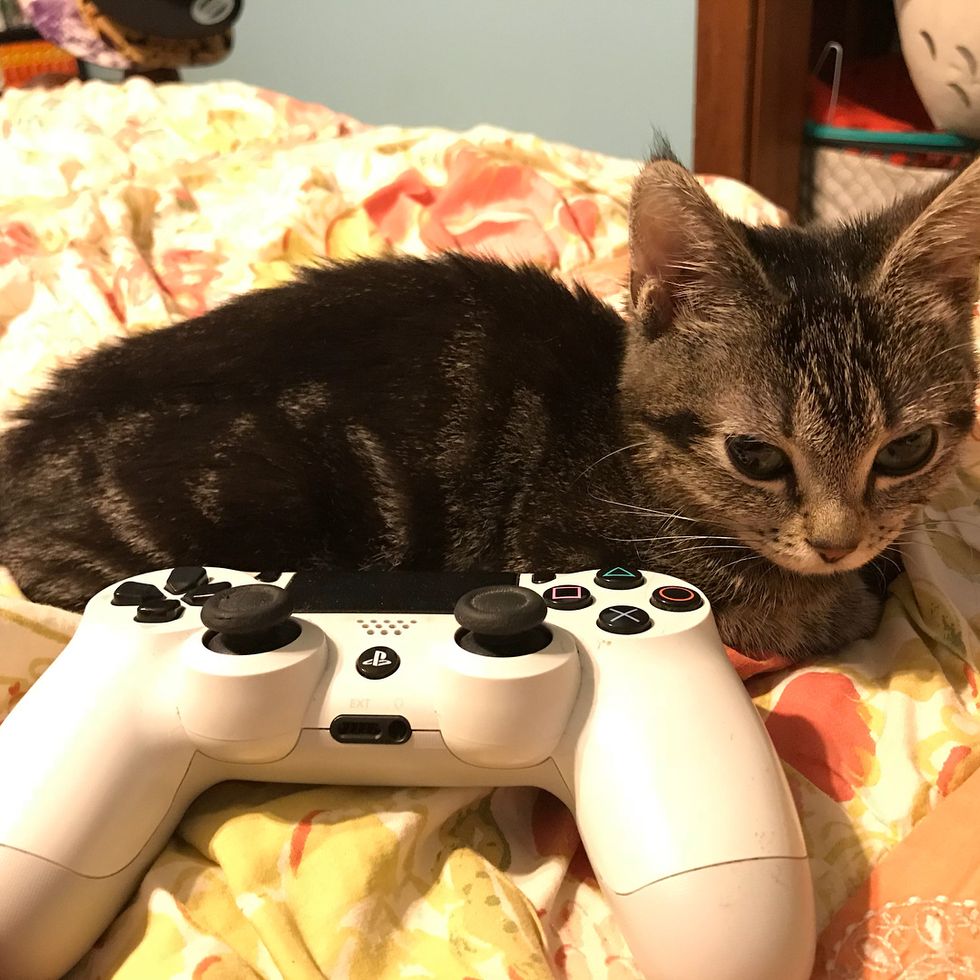 Koa may stay forever tiny but she never lets her size limit her.

"She's a super fiesta, playful little kitty and she has no idea that she's any different from any other cat," Ashley said. 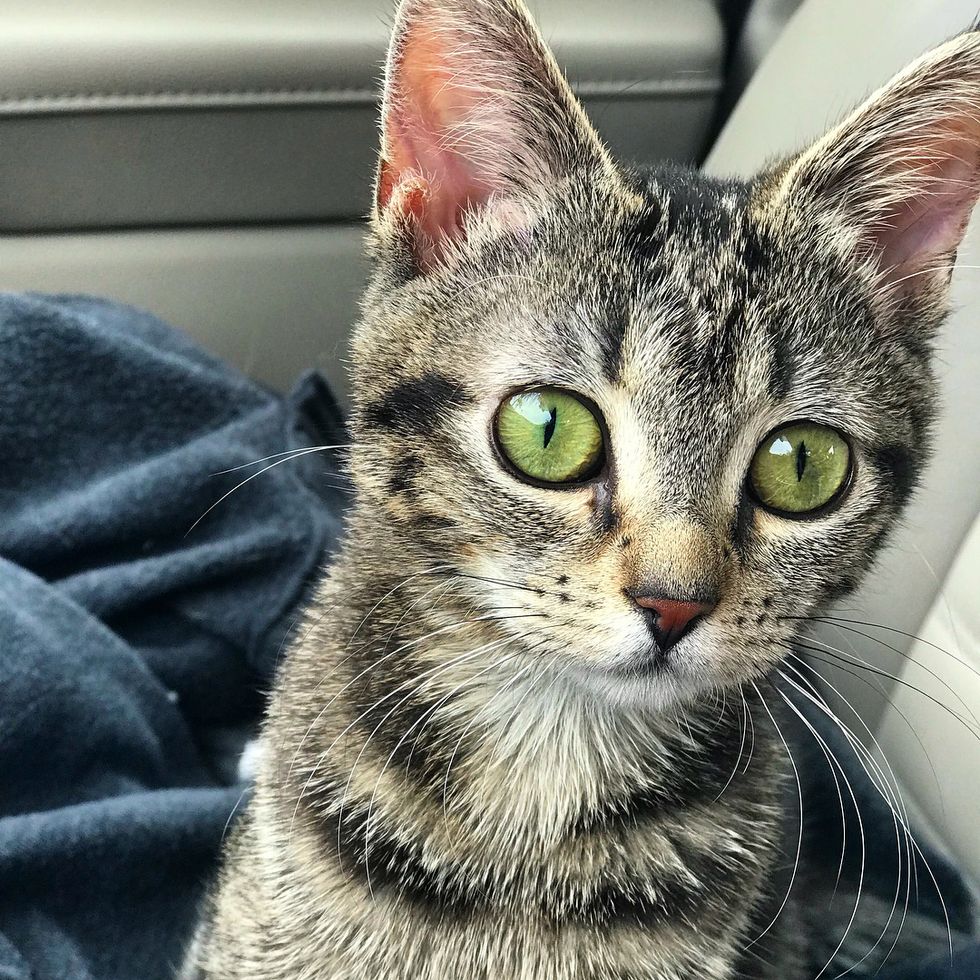