A 3-week-old kitten came to Ellen Carozza, Feline Licensed Veterinary Technician of NOVA Cat Clinic, in need of extra care and a lot of TLC.

The little tuxedo is so small that he fits perfectly in a cupcake box, but he has a big voice and tries so hard to be a big boy. 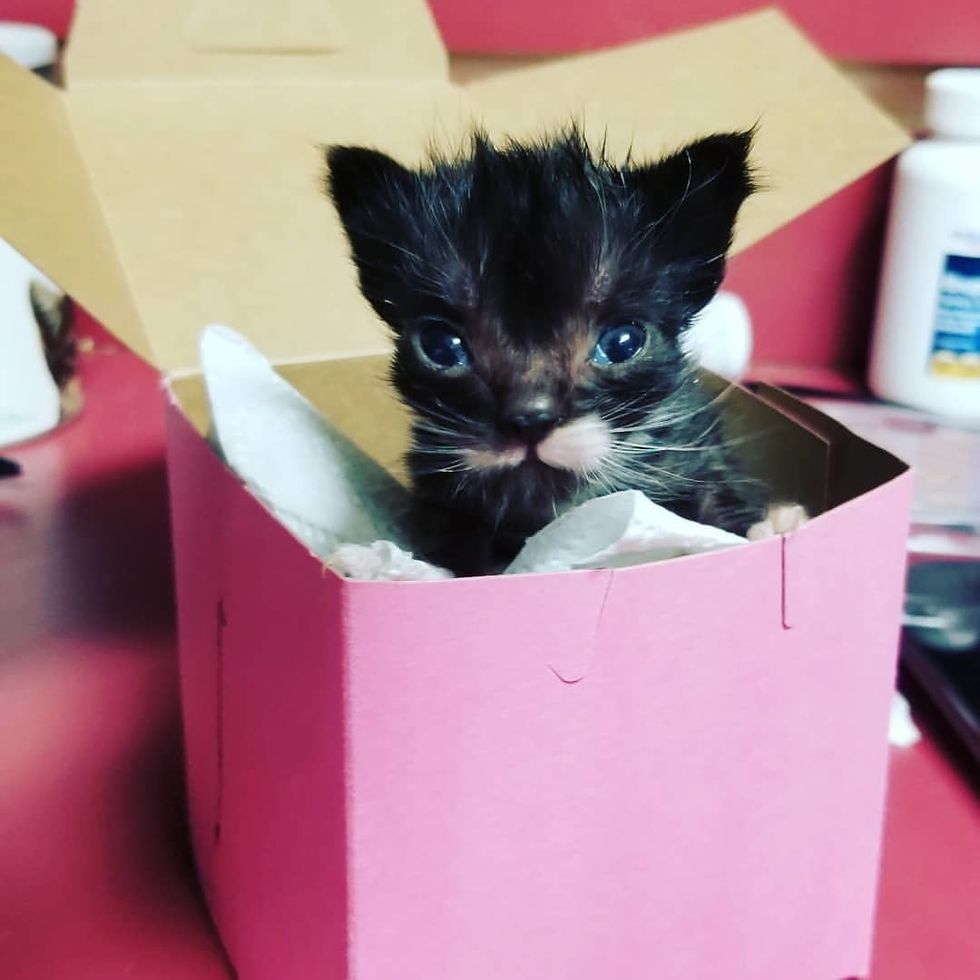 The tiny kitten named Francis came to Ellen after the shelter discovered that something was not normal. He was much smaller than his siblings and stayed tiny while others continued to grow.

"They knew something was up and he needed more care. His siblings weighed in at 10 ounces and more, and he is just four ounces," Ellen told Love Meow.

The little guy is losing some hair and has a heart murmur. They have sent in a thyroid test to see if he is a rare hypothyroid kitten. 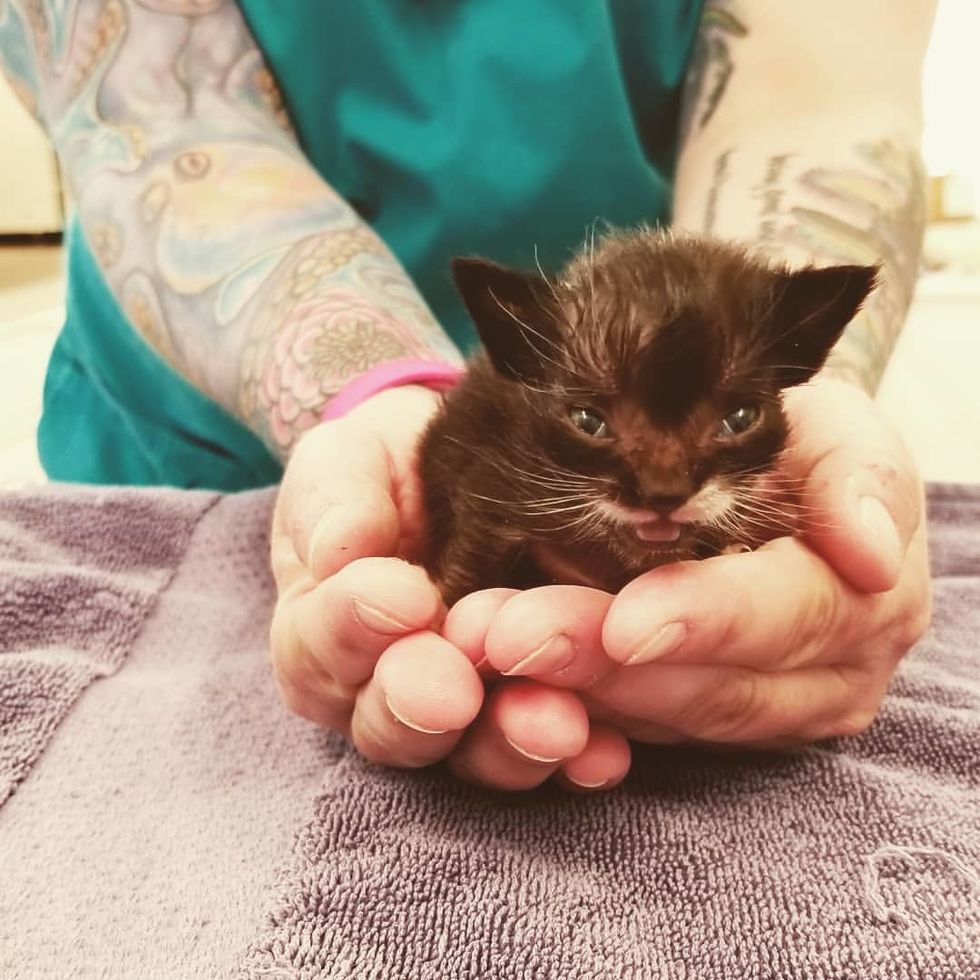 "I am waiting on two more tests for Francis to have total confirmation, but we are pretty confident that he is."

Despite his special needs, little Francis doesn't let anything stop him. He's proven to his caretaker that his size doesn't define him. "He purrs and meows, and he will actually ask you to pick him up," Ellen added. 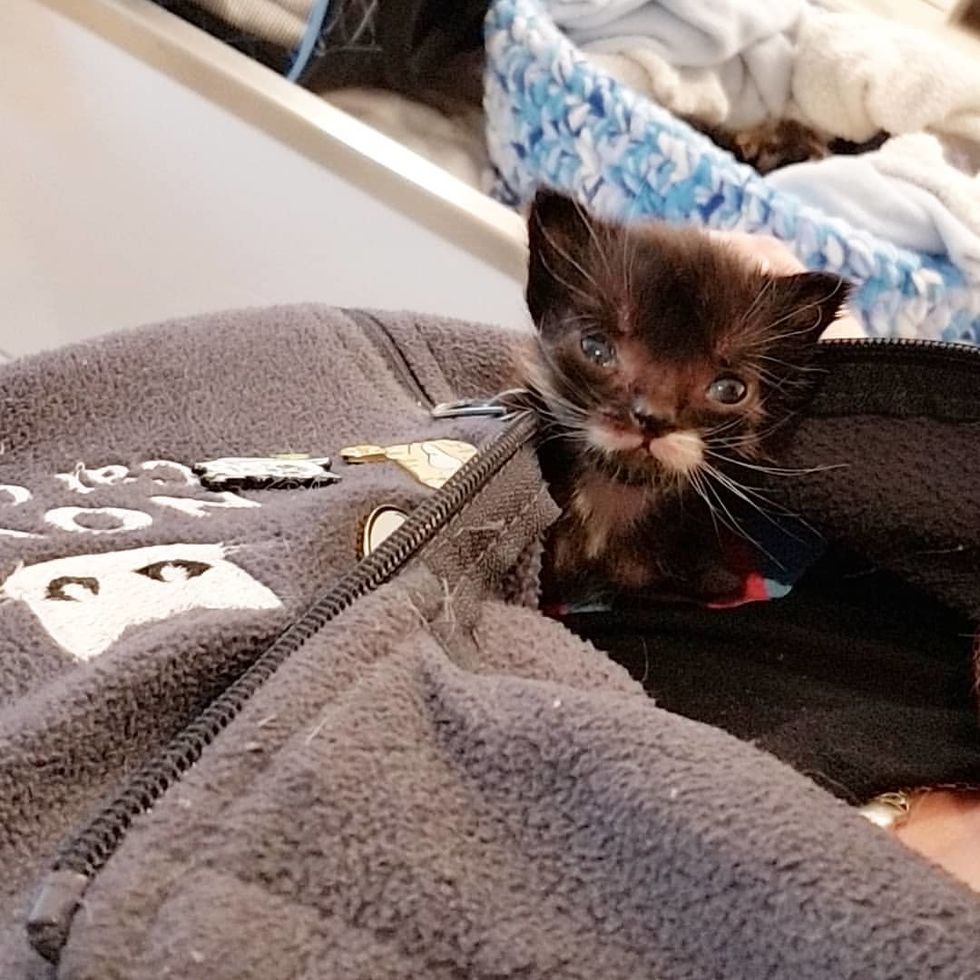 Ellen's resident cat Benny has a soft spot for kittens in need. He's helped his human mom foster numerous rescued kittens. When he met Francis, he came running, offered him cuddles and started grooming him like a cat mama would.

The little tuxedo loved it and would hang around with his surrogate dad, learning kitty skills from him. 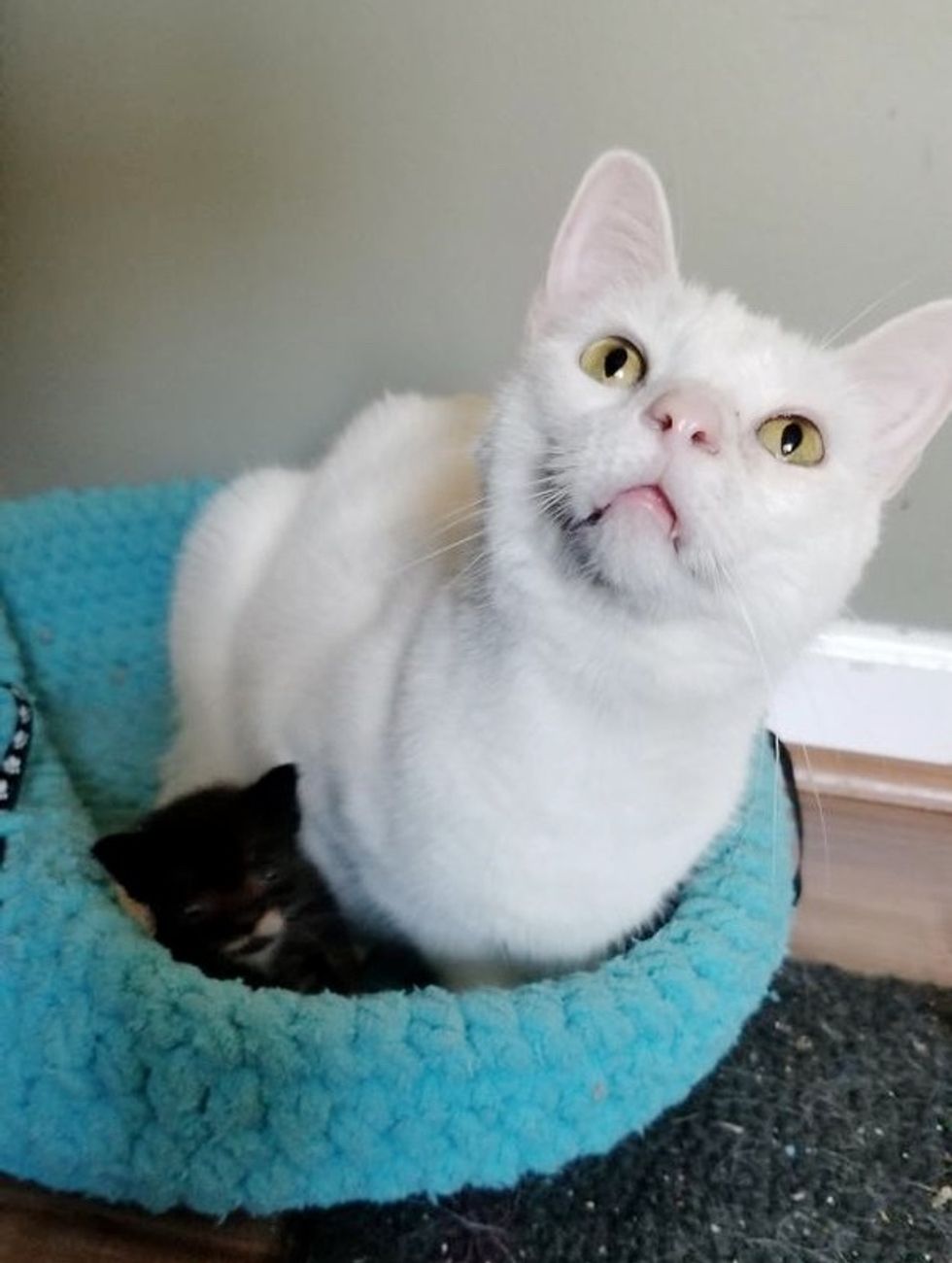 Francis will wrestle with toys that are almost the same size as him and climb scratching posts or cat trees with his tiny but strong mittens.

Benny stays by his side, watching over him every step of the way. 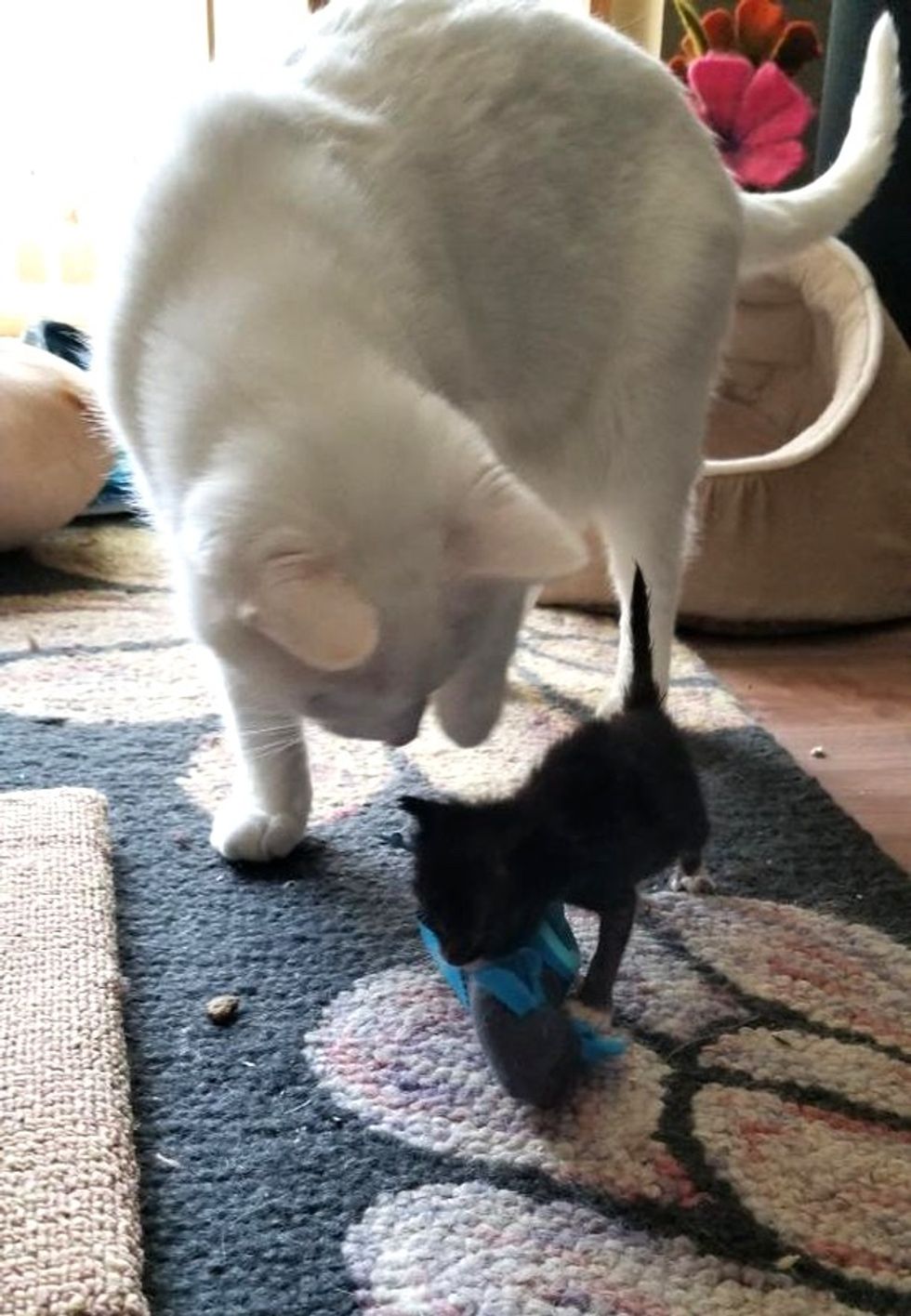 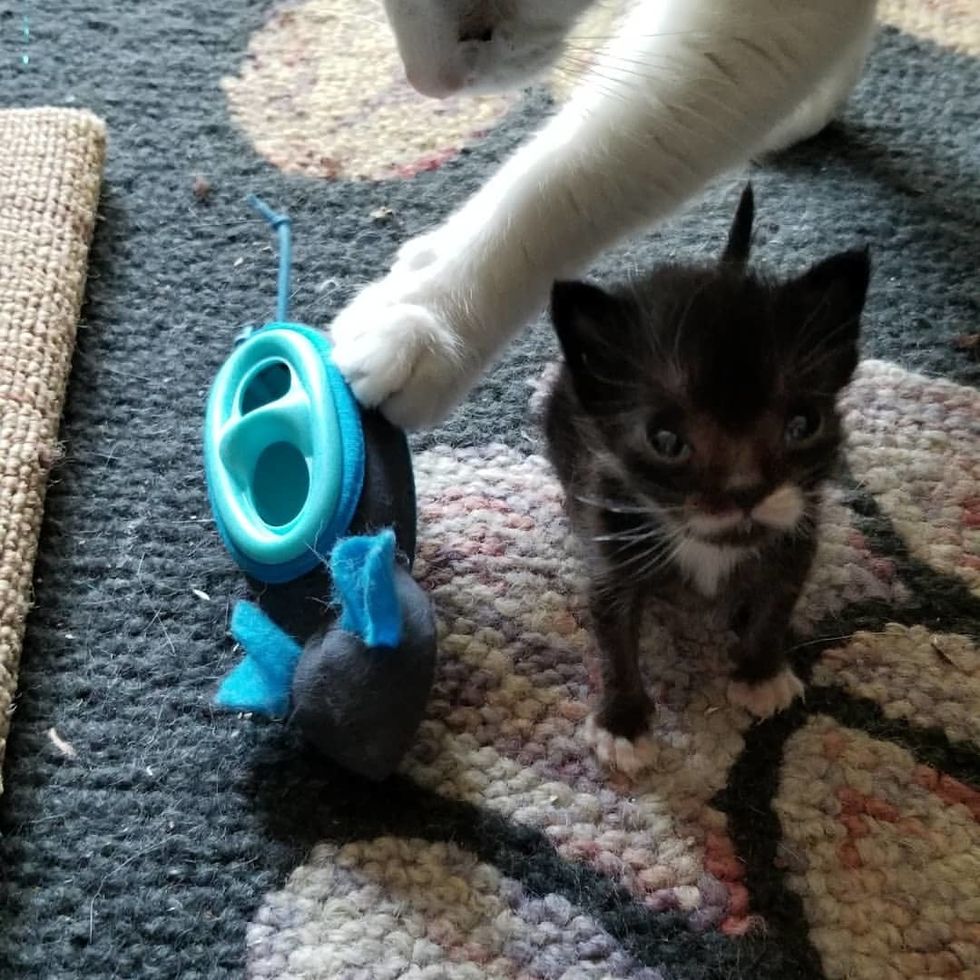 When it's meal time, Benny will watch as little Francis scarfs down the kitten formula, and as soon as he's done eating, Papa Benny will lick his face clean.

Francis is tiny but absolutely fearless. He wants to do everything just like big kitties. 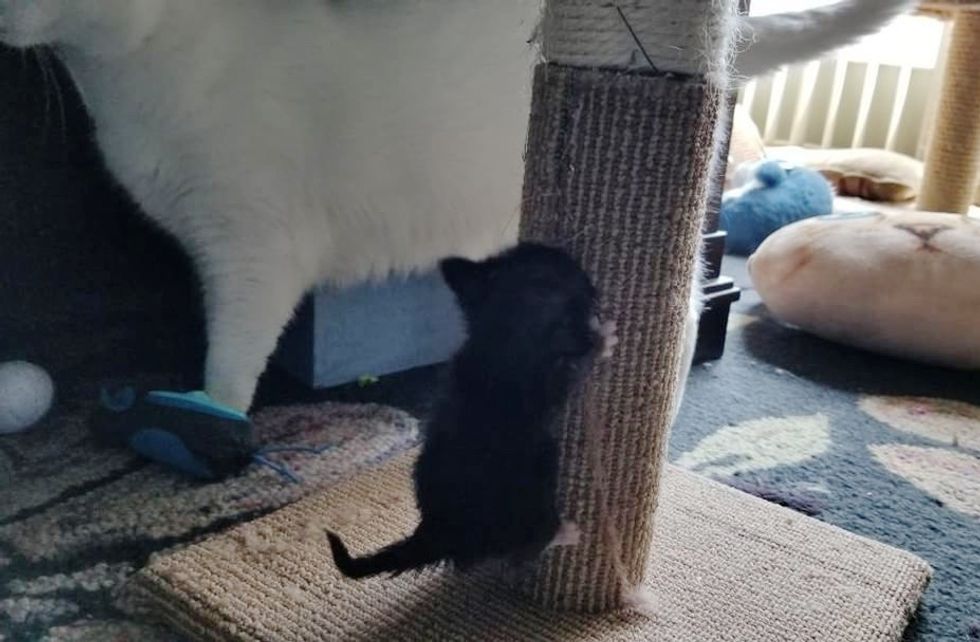 The tiny boy has two other feline roommates whom he shares bed time with. They also need extra care from Ellen.

"That's him at 18 days old next to a 4-day-old kitten, who weighs more," Ellen told Love Meow. 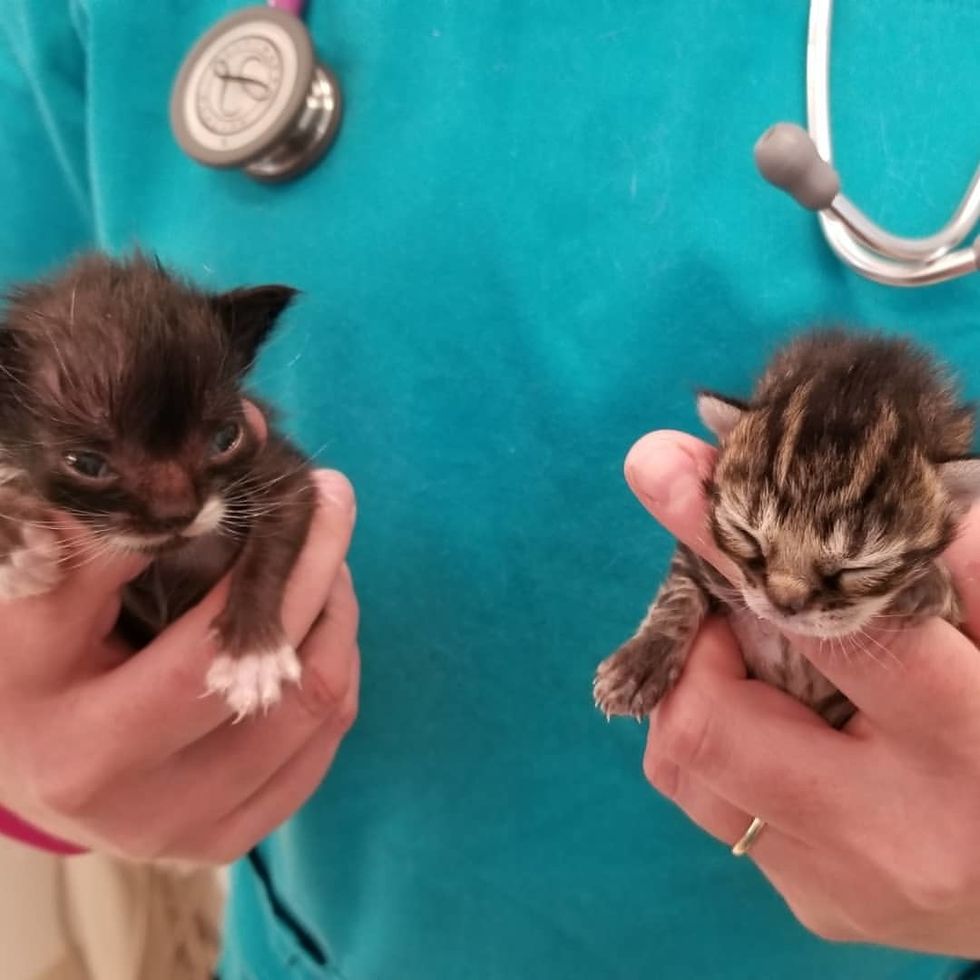 The little guy is in the best hands and is doing well with proper care and plenty of love from his surrogate dad.

He continues to beat the odds and shows everyone that he's a fighter, and some day he will be big and strong. 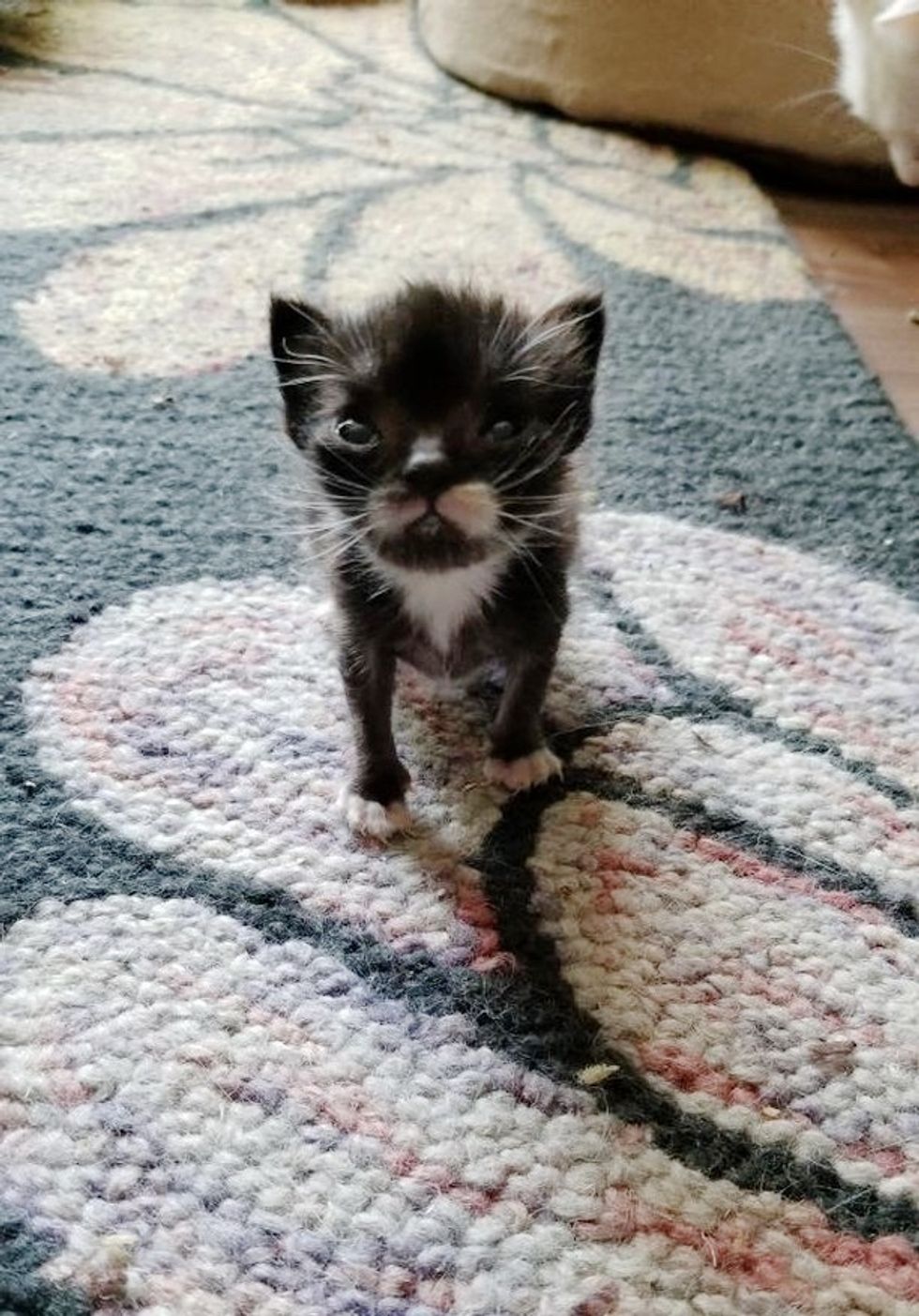