Tiny Kitten, the Only Survivor of His Litter, Gets a Second Chance and Can't Stop Purring.

Murphy the kitten had a rough beginning to life as the only kitten that survived in his litter.

Rachael, a foster carer based in central Oklahoma, took him into her care. The hungry little kitten latched onto his first bottle and just kept eating. 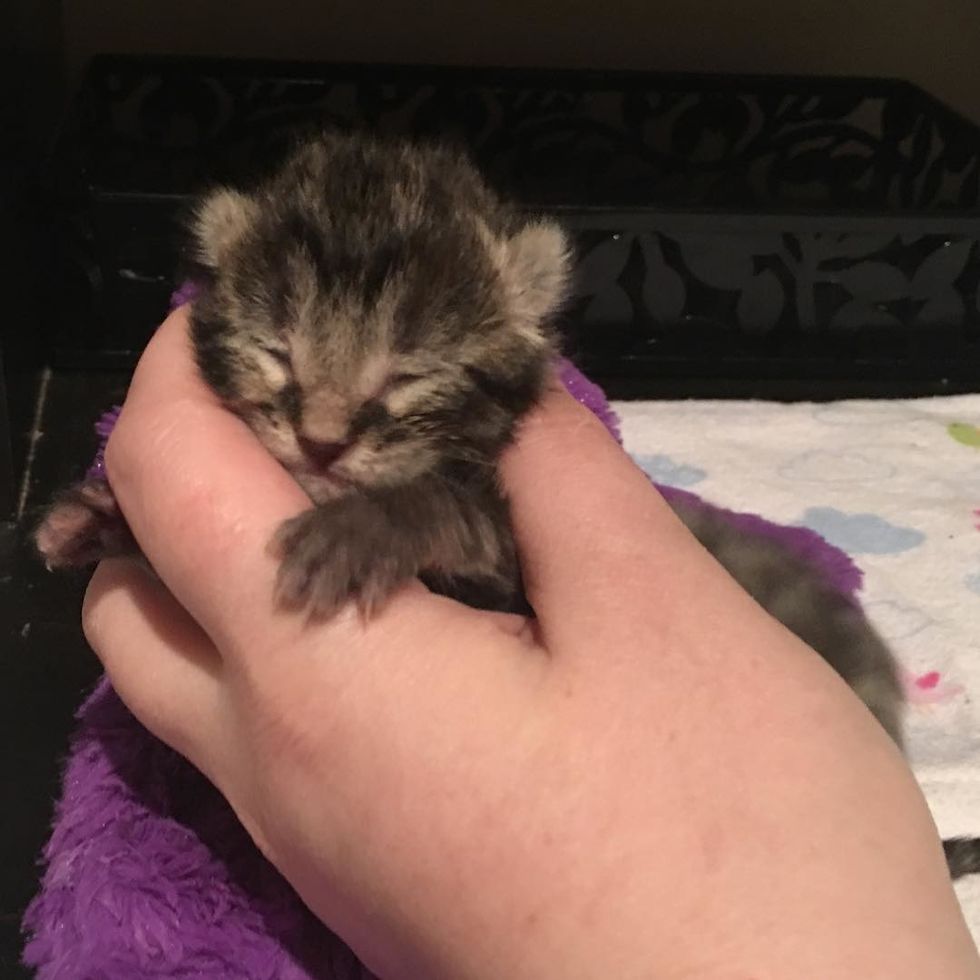 About five weeks ago, little Murphy was rescued after he was found the sole survivor of his litter. At 2-3 days old, he weighed about 110 grams.

Rachael immediately started a 2-hour feeding regimen to get the kitten back from the brink. As soon as she brought out the food, Murphy grabbed it with both of his tiny paws and scarfed down the kitten formula like a champ.

"He gained an entire ounce in our first 24 hours together. He's purry, snuggly and happy," Rachael (@thechronicfoster) said. 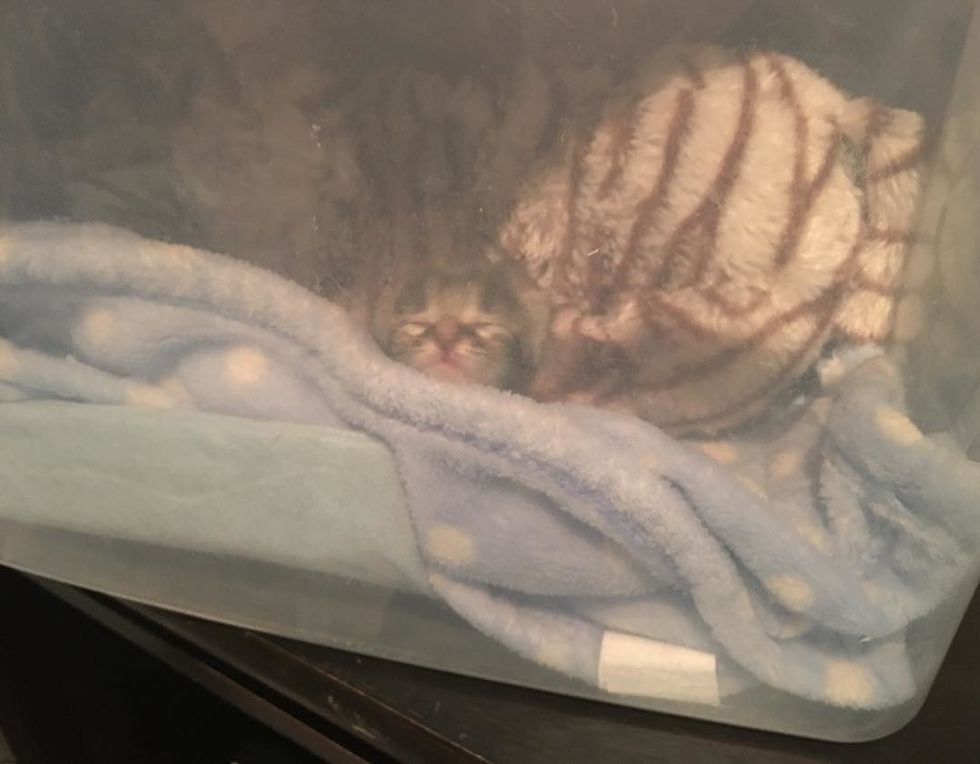 Rachael set up a nursery pen covered with warm, soft blankets. The little singleton was given a cuddle toy to accompany him at all times and plenty of snuggles after every feed.

"This little guy is adorable and I'm enjoying every second with him," Rachael said. "He insists on snuggling into my hair after a meal." 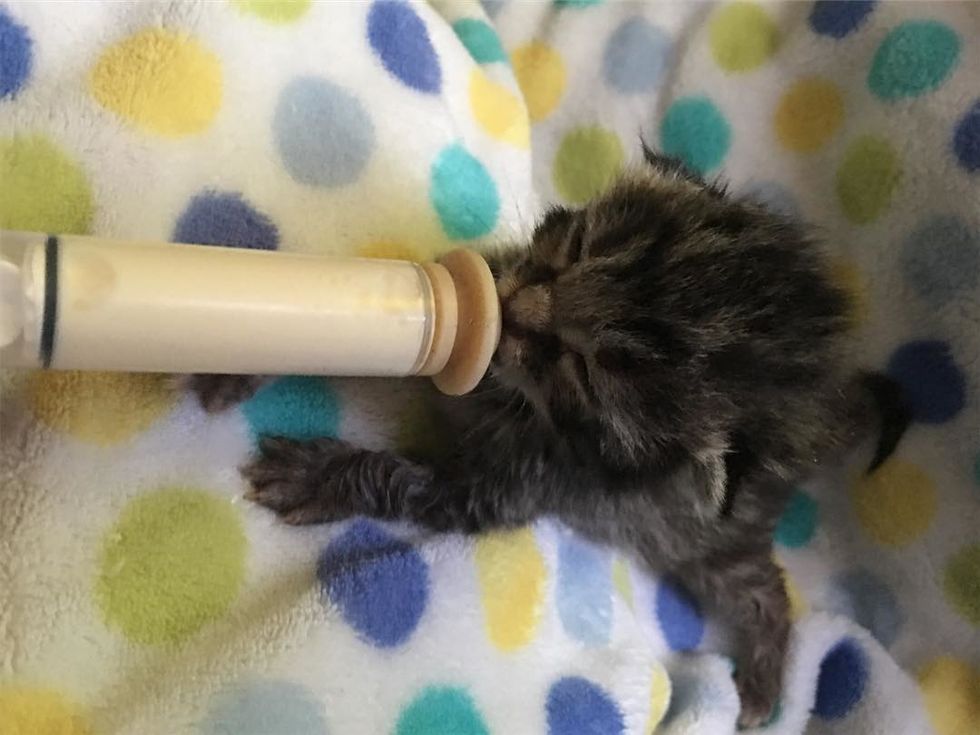 A couple of weeks later, Murphy graduated from his nursery pen and moved into his very own "suite" where he had plenty of room to play and move around.

Murphy gets regular grooming sessions with help from a toothbrush. He purrs up a storm whenever he gets brushed. 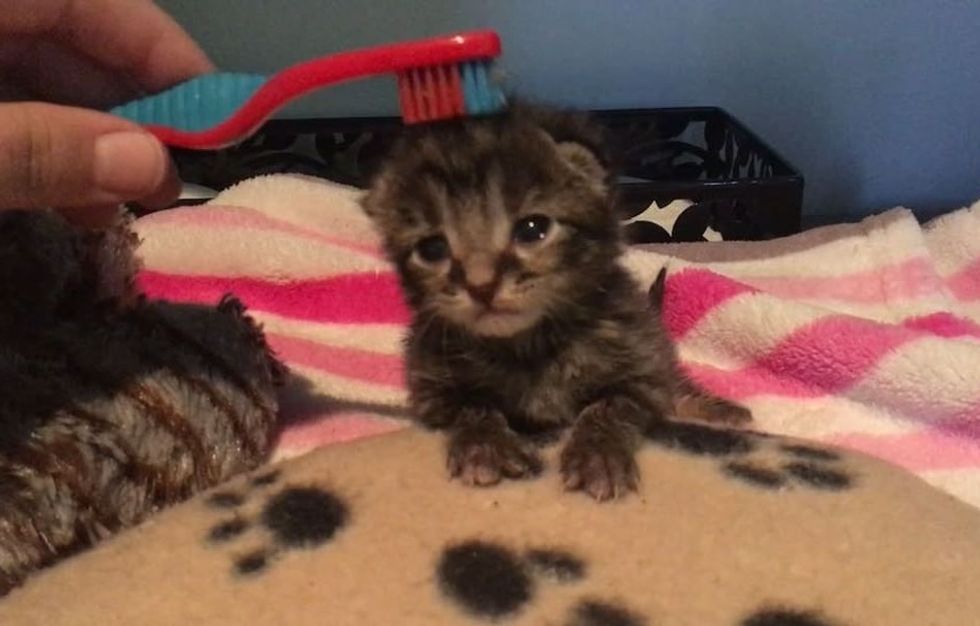 For a few days, Murphy stopped gaining weight and became lethargic. Rachael worked around the clock to nurse him back to health.

"I began giving him probiotics, diluting his formula to ensure he stayed hydrated, rubbing his round little tummy to prevent and eliminate painful gas, and giving a vitamin and iron supplement to boost his system." 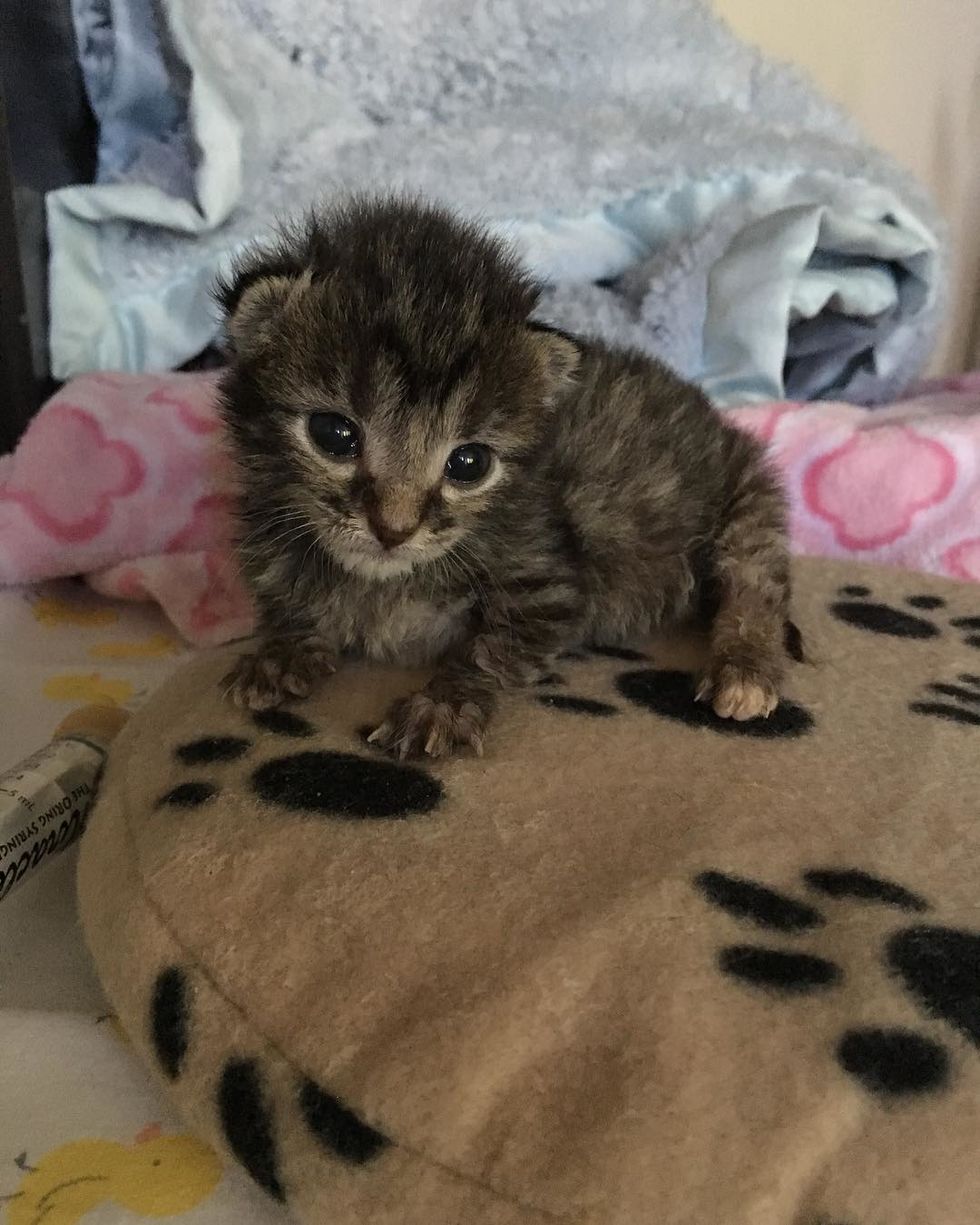 After many sleepless nights, the little guy bounced back one morning with an 8-gram gain in just 12 hours. The warrior kitty refused to give up and kept fighting to live.

"He is back to his happy, rolly, purry self. His appetite is enormous and he just feels better!" 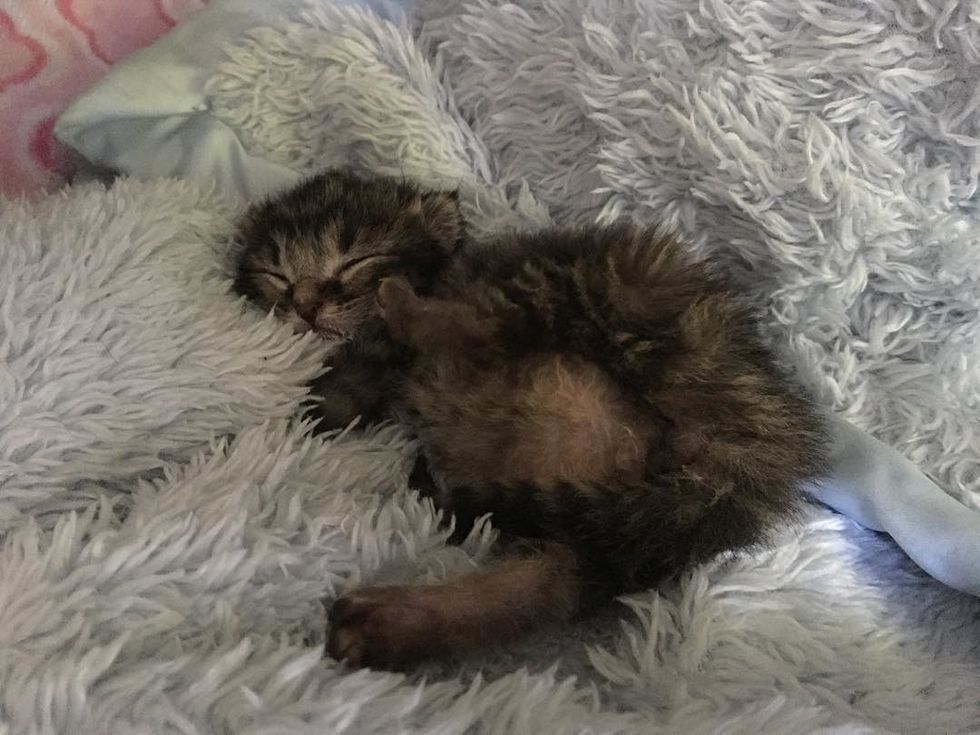 Murphy enjoys snuggling in his soft blankets but what he loves the most is cuddles with his foster mom. 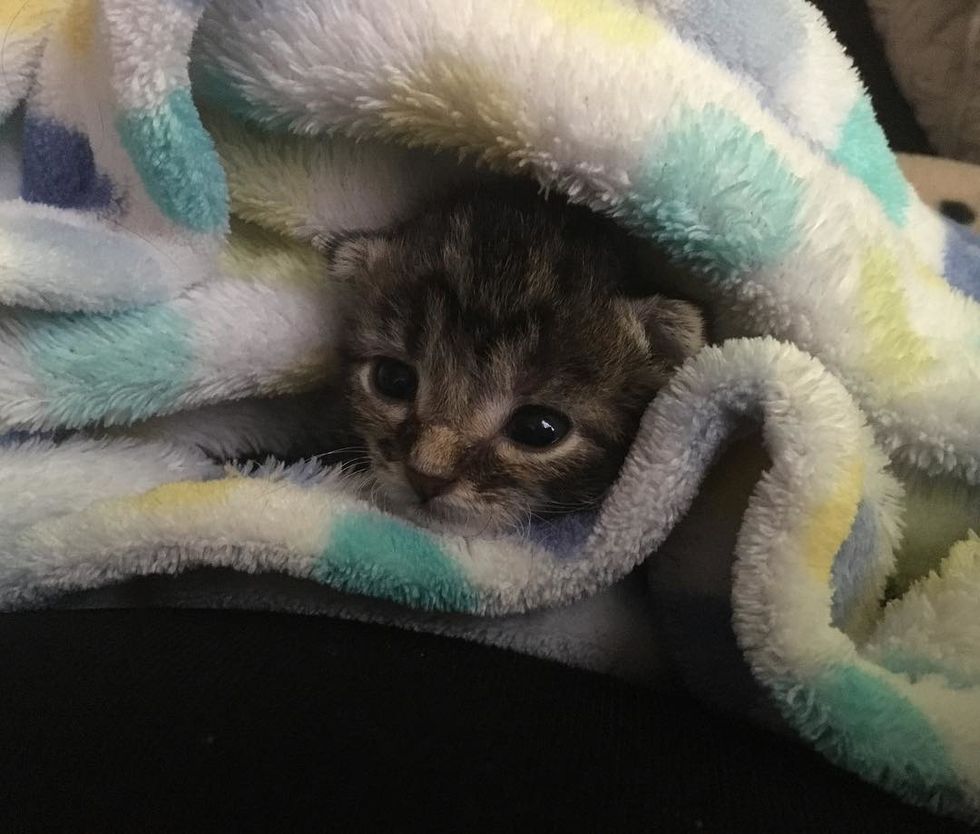 "One of my favorite aspects of fostering neonates is that I'm able to notice the exact moments when my fosters develop clearer vision and hearing," Rachael said. 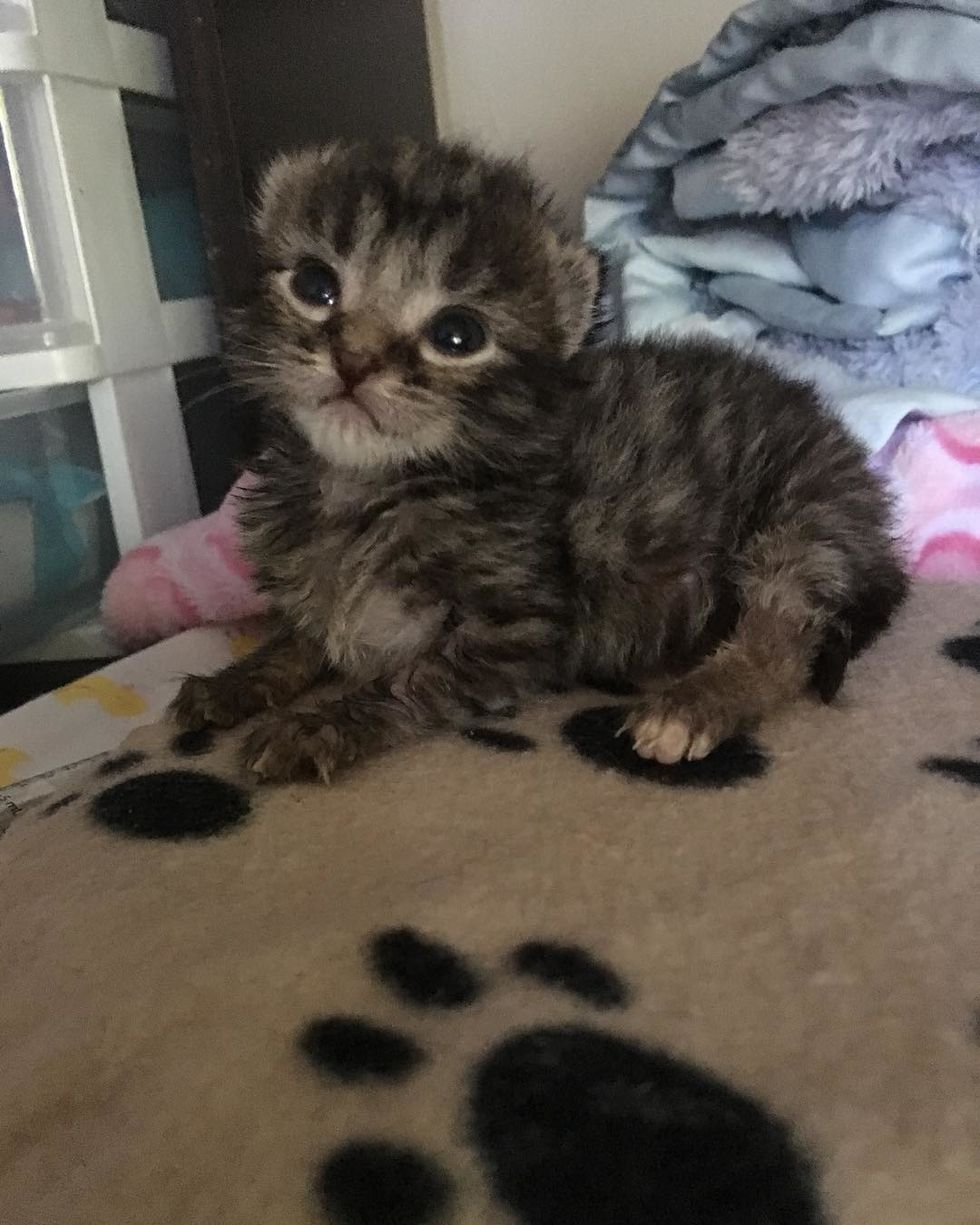 The little tabby boy is growing bigger and stronger each day.

He's a petite little kitten with a big purrsonality and a loud purr-motor. 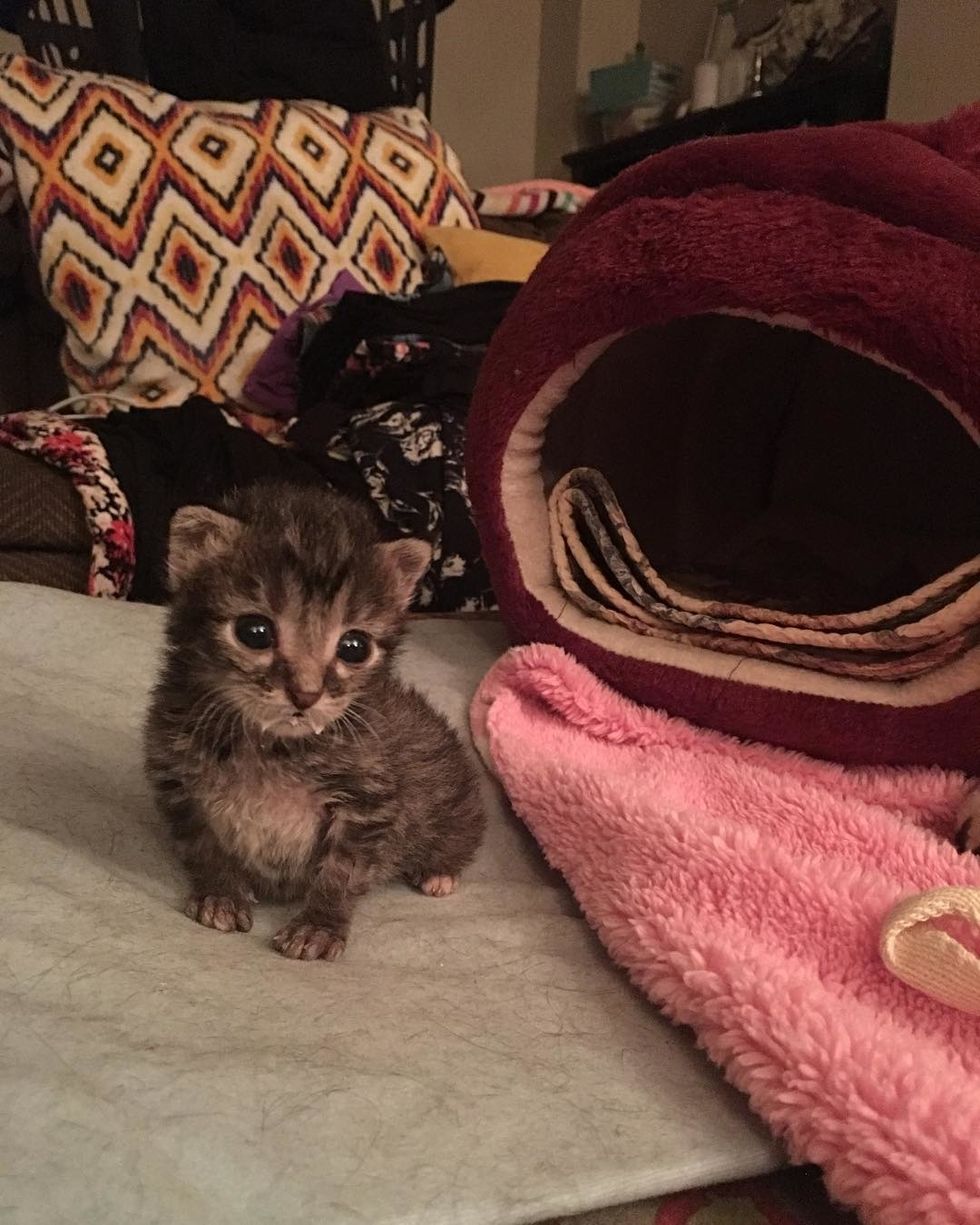 Murphy is learning how to play like a kitten and exploring things around him with his new-found energy.

Trying out his new frog bed. 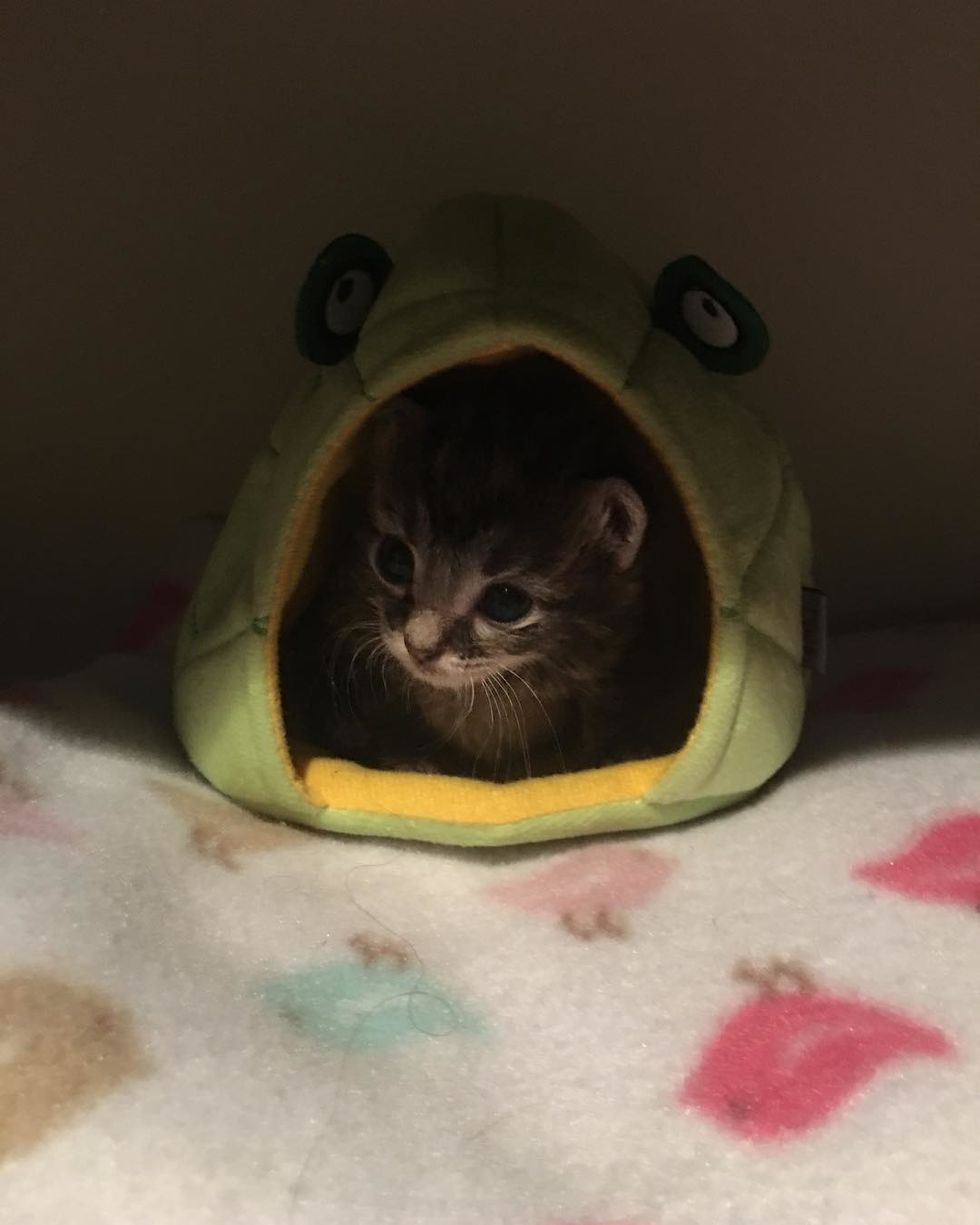 The little tabby boy has beat the odds and is now learning to eat from a plate on his own. 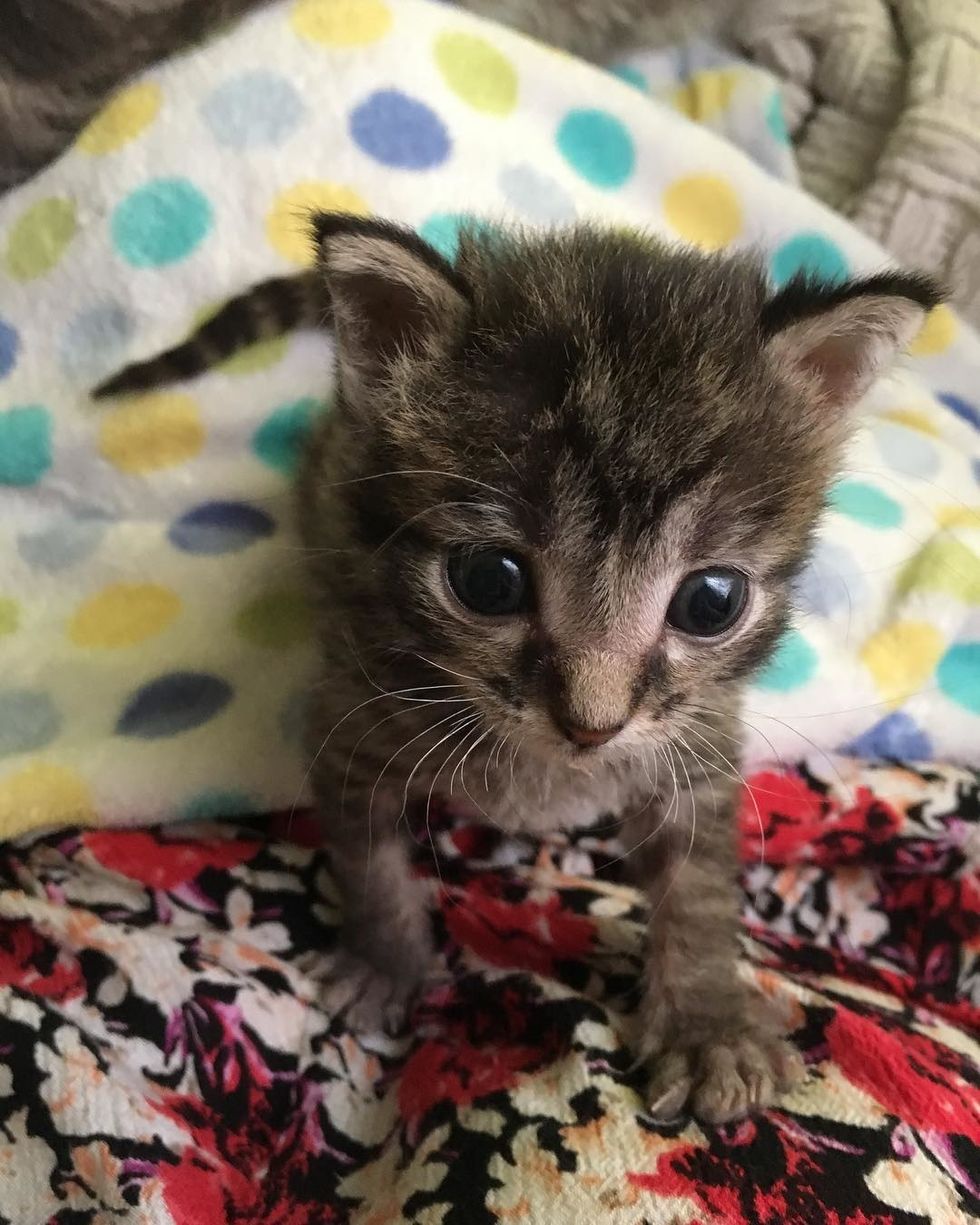 Murphy has reached many milestones and is thriving in foster care. He can't wait to have a place to call his own someday.

This tiny kitty has the heart of a lion! 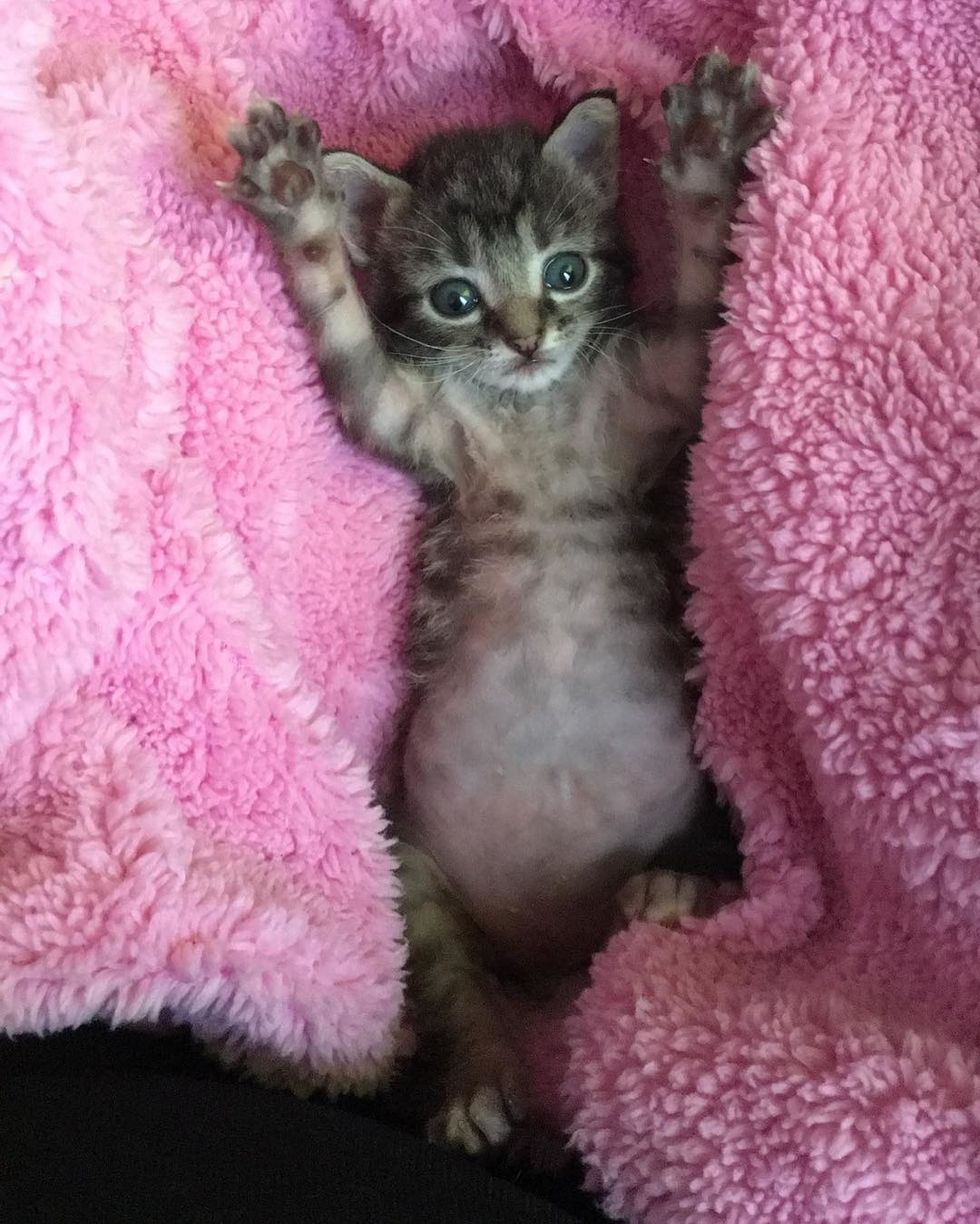 Watch his rescue journey in this cute video: