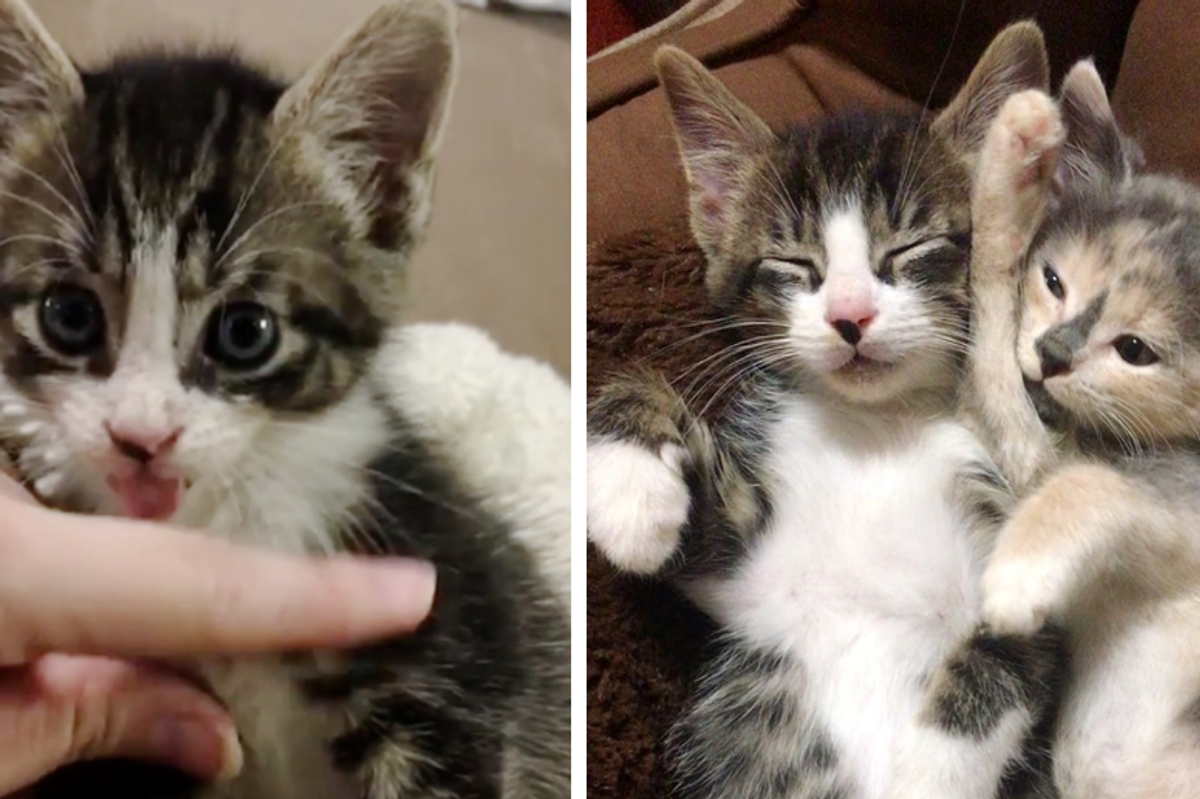 A 5-week-old orphaned kitten was brought to the county shelter (in Greensboro, North Carolina) with a neck injury which caused him to shake.

Knowing that a safe and quiet foster home offered the best chance for him to recover, a volunteer of Juliet's House Animal Rescue stepped up to help. 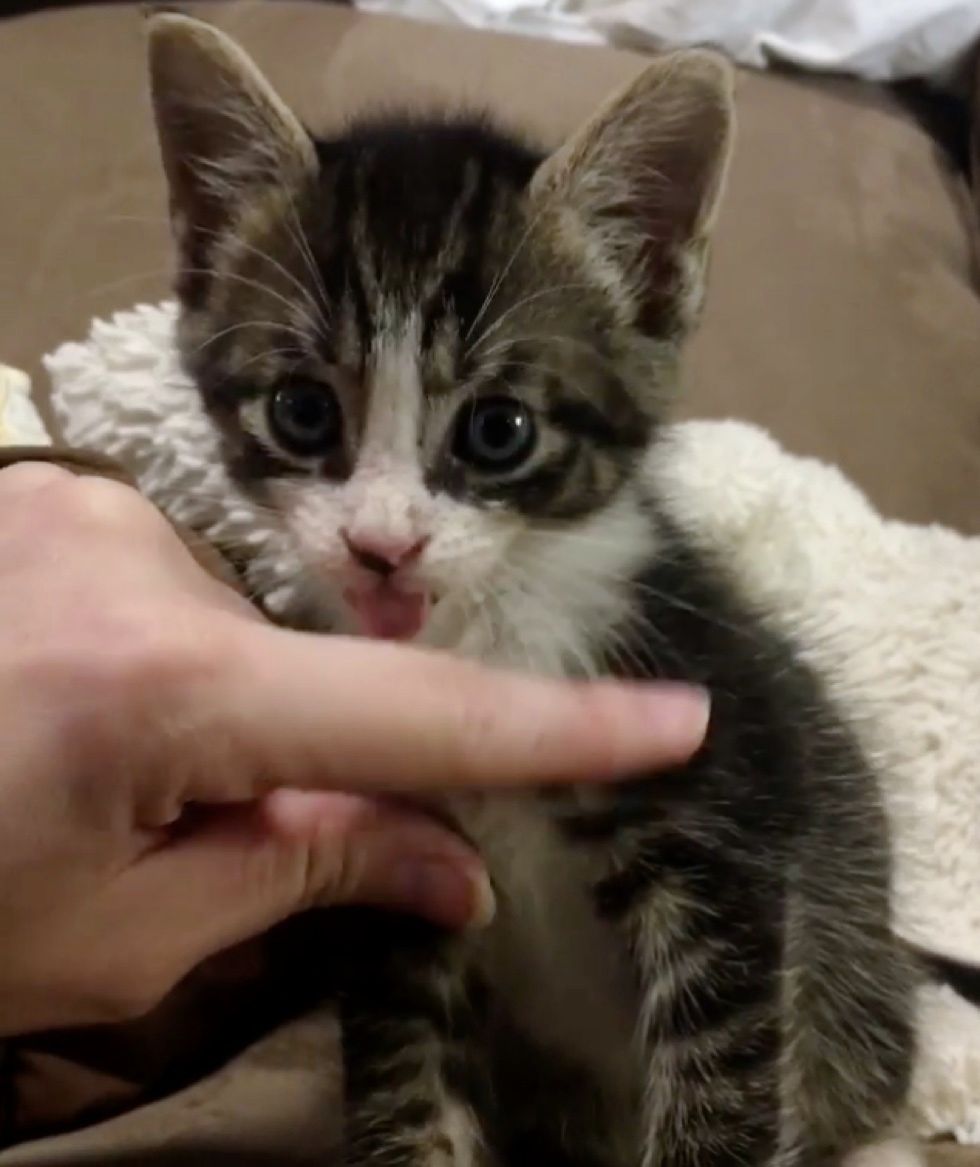 Casaundra Maimone picked up the kitten (named Rudy) from the shelter and brought him home. She has a Therapy Dog named Winnie who has been a great help to all her previous foster kittens. With Rudy, there is no exception.

"This sweet little orphan had a fracture on his C2 vertebrae which caused him to shake," Casaundra said. "The vet said that the fracture should heal itself with time and rest."

Rudy quickly found comfort in Winnie and would stay close to her so he wouldn't feel alone. At the time, the little tabby could only have limited activities and couldn't play with another kitten until he was strong enough. 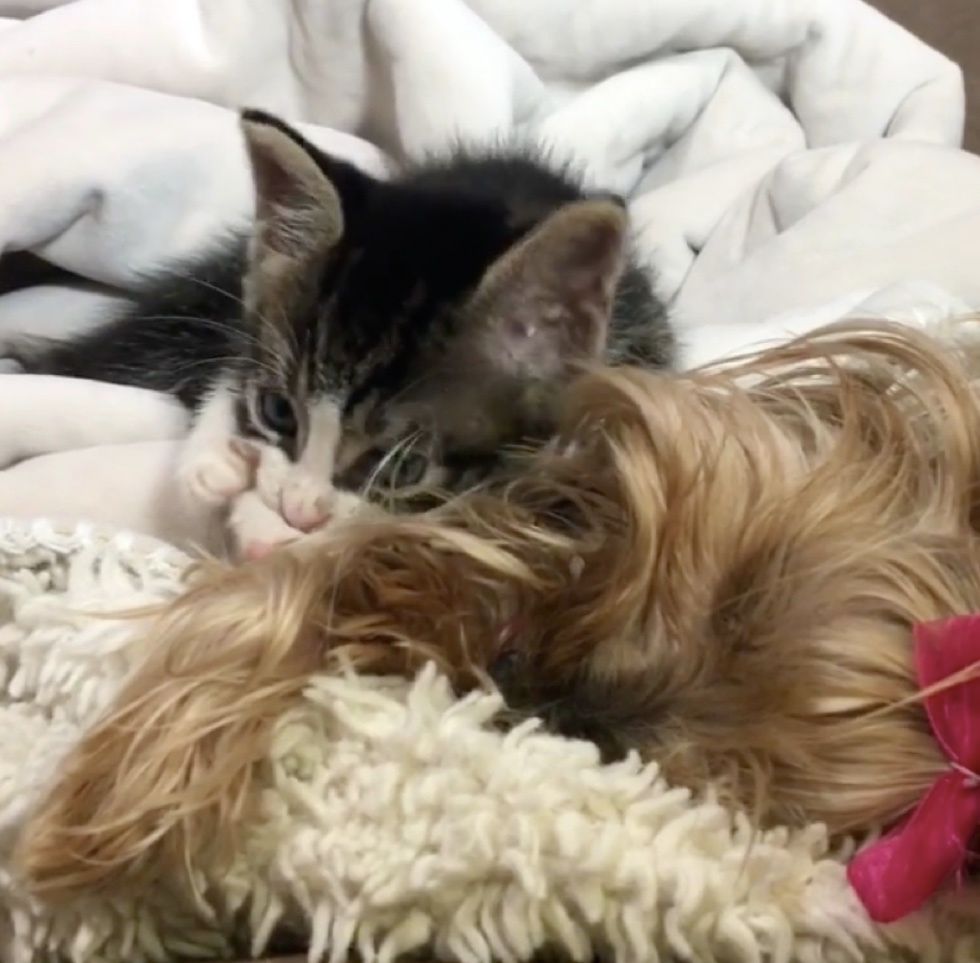 Winnie, who is the most laid-back dog around kittens, became his main source of comfort and kept him company during his recovery.

With help from his canine friend, Rudy continued to heal each day. "The veterinarian was really impressed with his improvement when I took him for a check up two weeks ago," Casaundra told Love Meow. 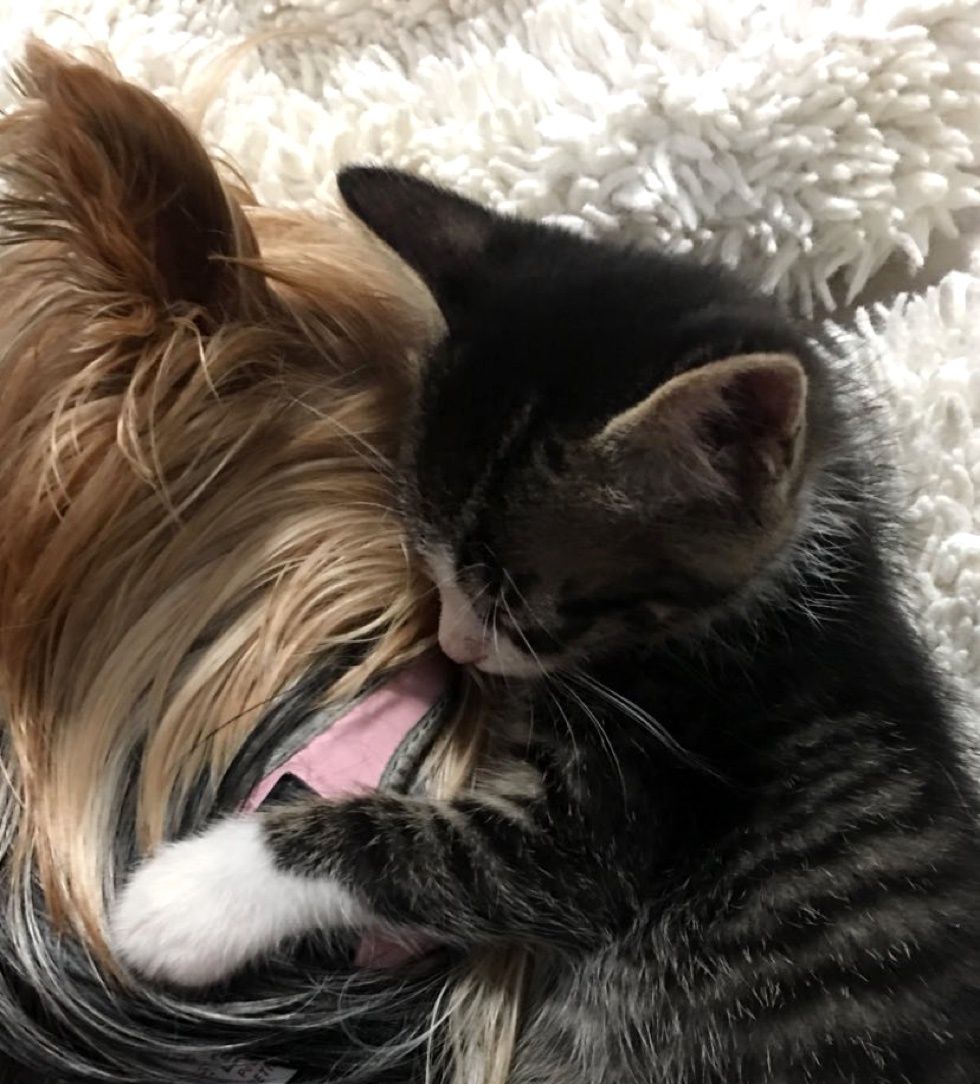 Rudy was finally strong enough to play with another (slightly smaller) kitten. "We introduced Rudy to a few potential foster siblings and knew right away that Maggie was the right match! She is confident and calm."

Maggie came to Juliet's House as a sick and underweight kitten. Just like Rudy, she was orphaned at a young age. The sweet little girl quickly bounced back once she was in foster care. 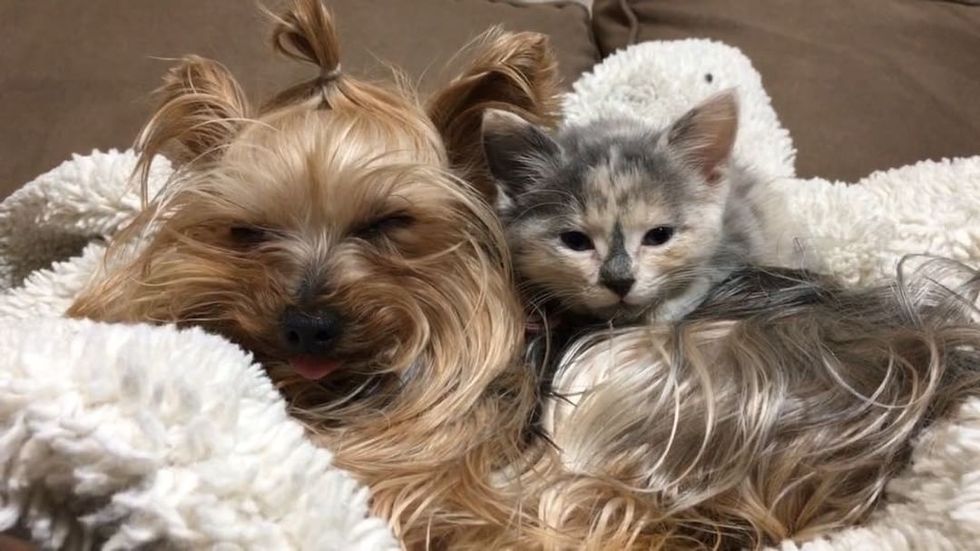 When the two kittens met, it was love at first sight.

The little calico, who is two weeks younger, took to Rudy right away as if she knew that he needed an extra dose of TLC. 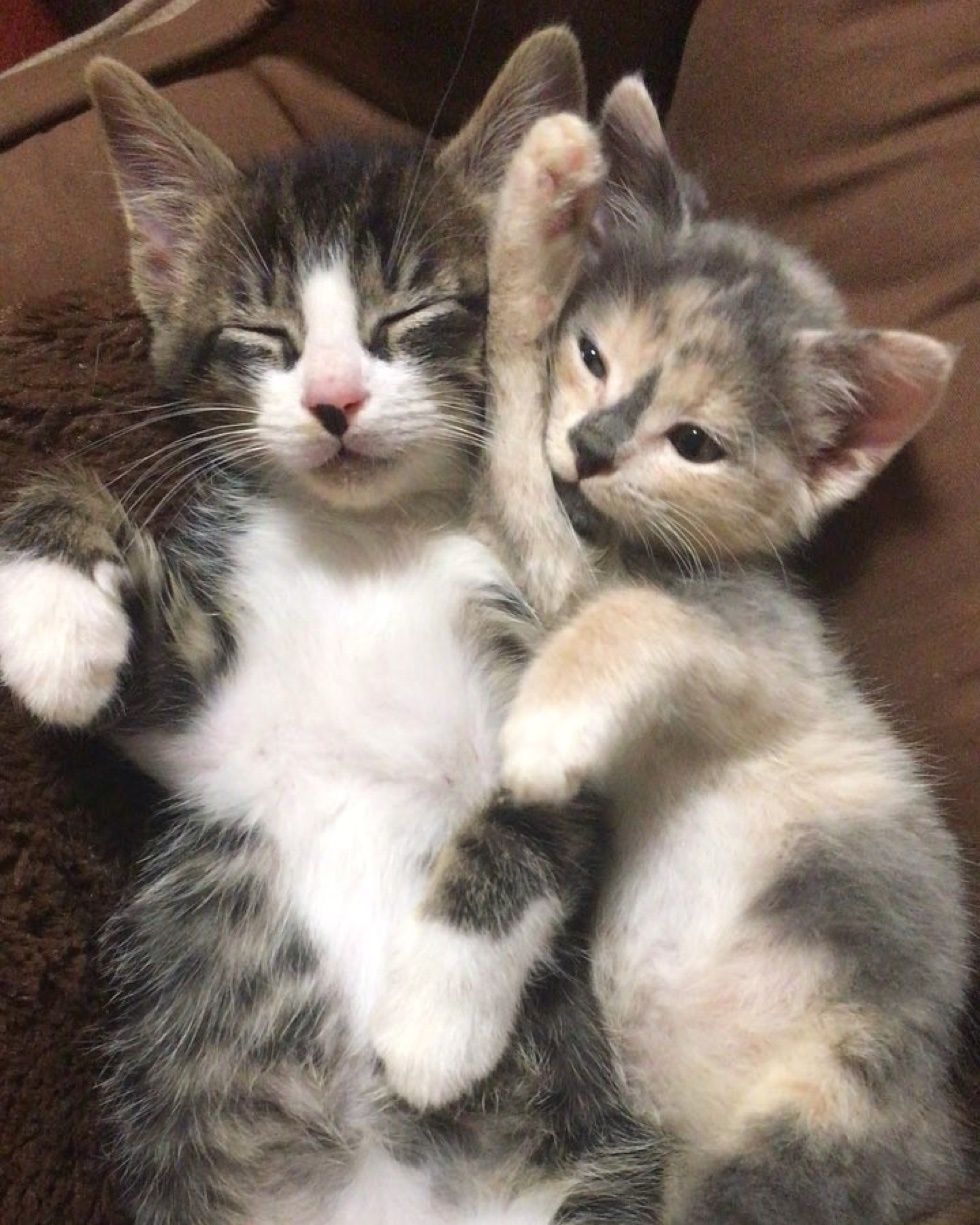 Watch Rudy's journey in this video:

With constant companionship from Maggie and Winnie, Rudy has recovered almost completely.

"He doesn't shake all the time any more but he still has intention tremors (he shakes a little when he focuses) so he is a little bit less agile/stable than a normal kitten but it doesn't effect his quality of life," Casaundra told Love Meow. 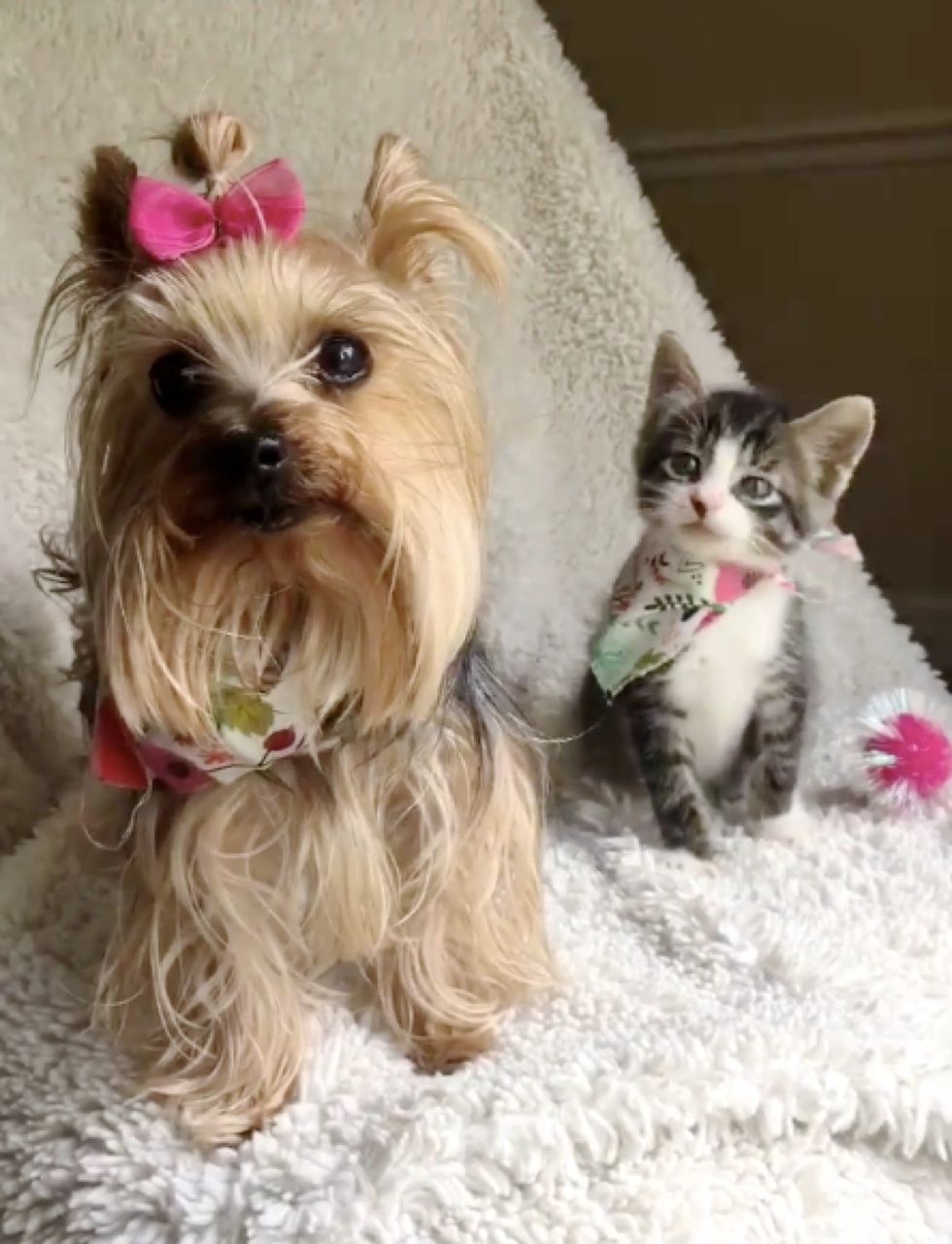 "His injury has put him a little behind in as far as social development but little Maggie has turned out to be the perfect little foster sibling for him, she is doing a great job helping him learn."

The two best friends are inseparable and will be adopted together when they are ready in mid September. 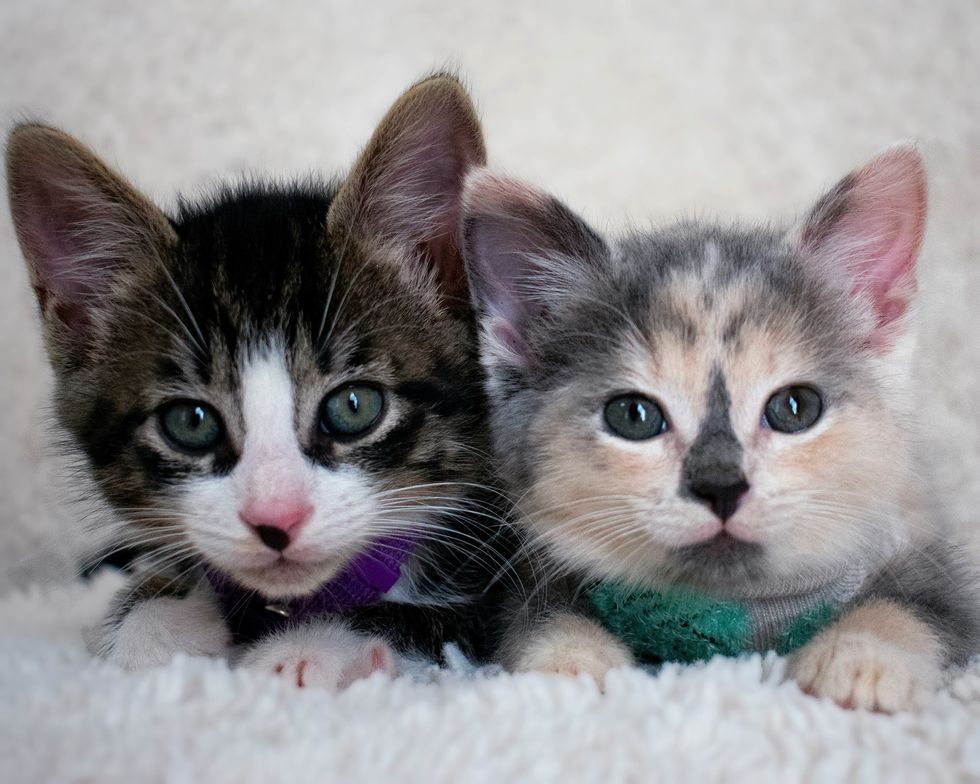 Look at Rudy now - the smile on his face! 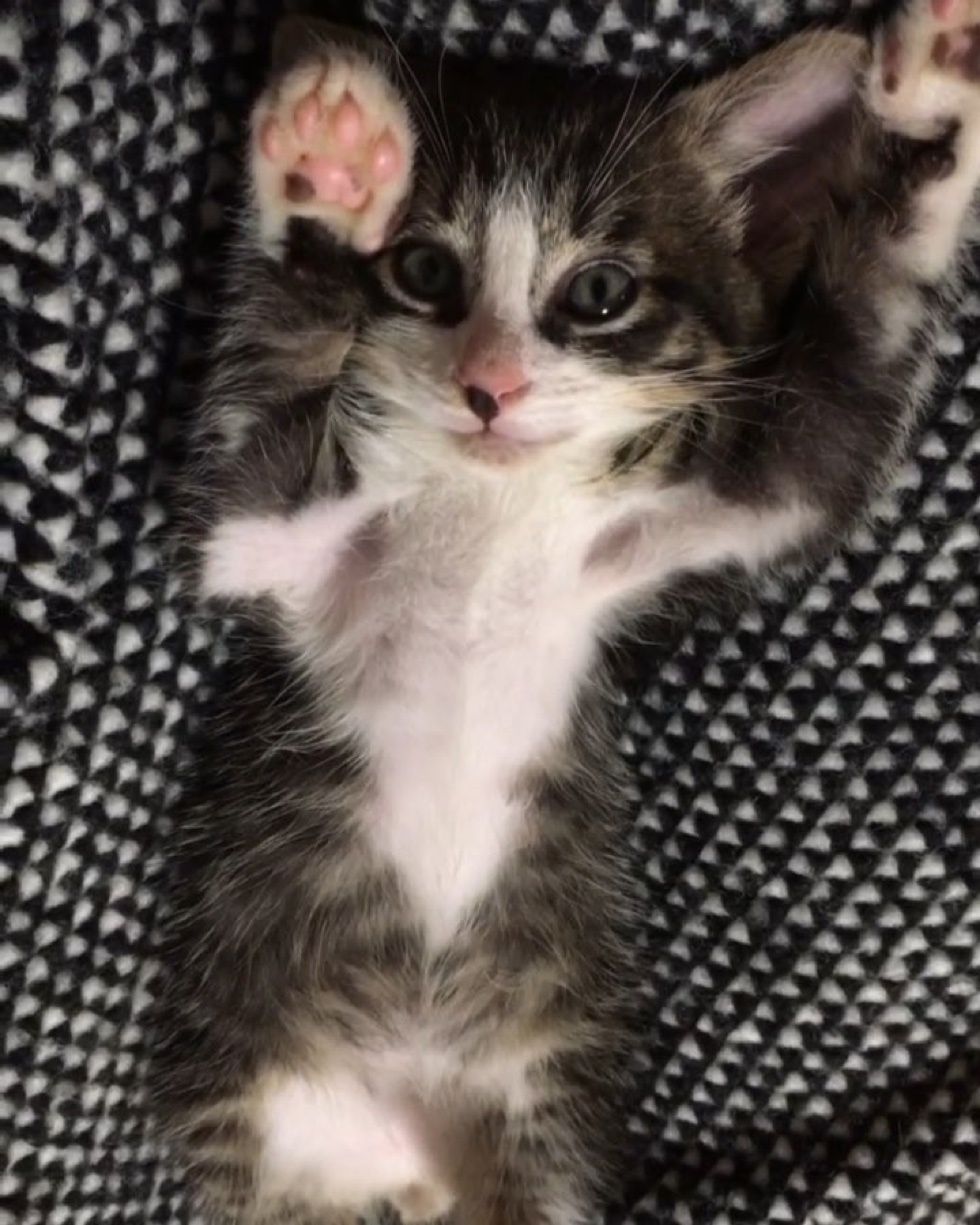