Kitten Who Hasn't Found Home Because of His Deformed Legs is Not Giving up...

A very special tuxedo kitten with twisted legs has been sitting in the shelter, waiting for his forever family to come. He's not giving up. 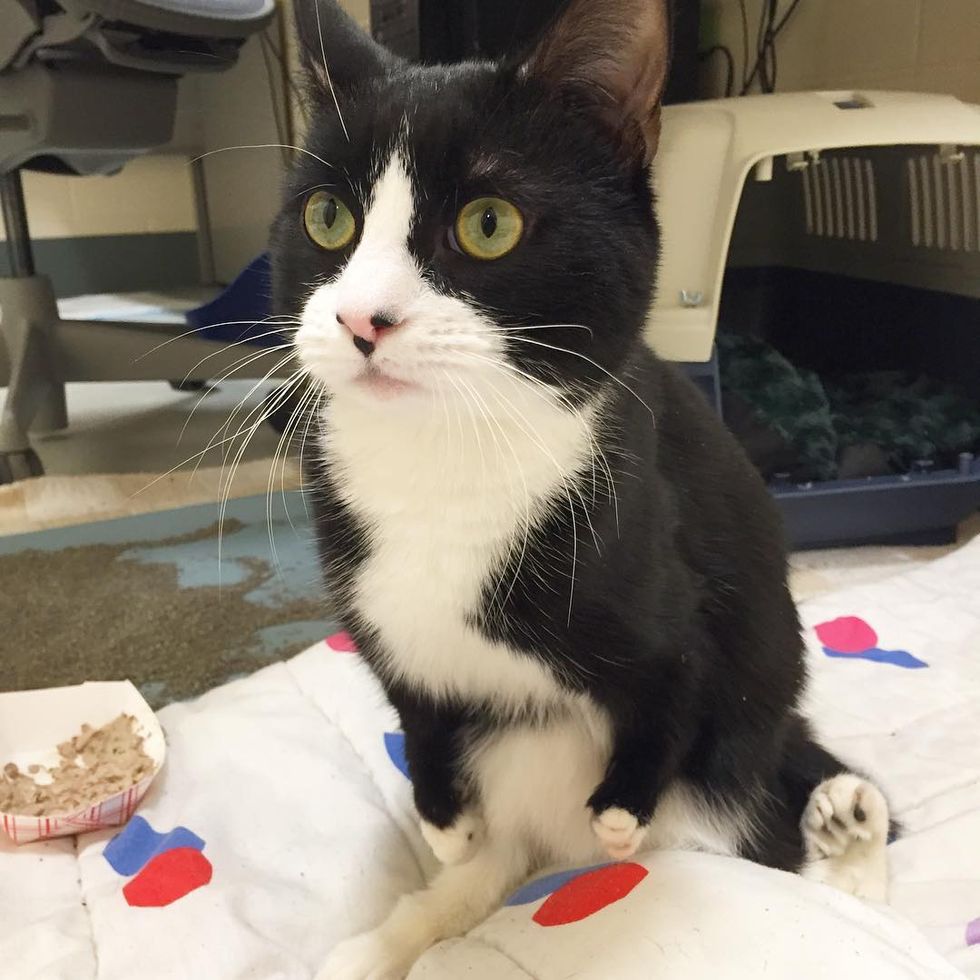 When Ivan came to MSPCA Boston Adoption Center, they immediately noticed something very special about this little boy.

The ten-month old tuxedo has malformed legs which makes it impossible for him to walk properly. He was surrendered to the shelter after his human could no longer care for him due to his deformity.

Ivan was born without radial bones in his front legs and his left hind leg is also deformed. Despite it all, this little wonder boy is full of life and does his "army crawl" to greet volunteers every morning for some love and head scratches. 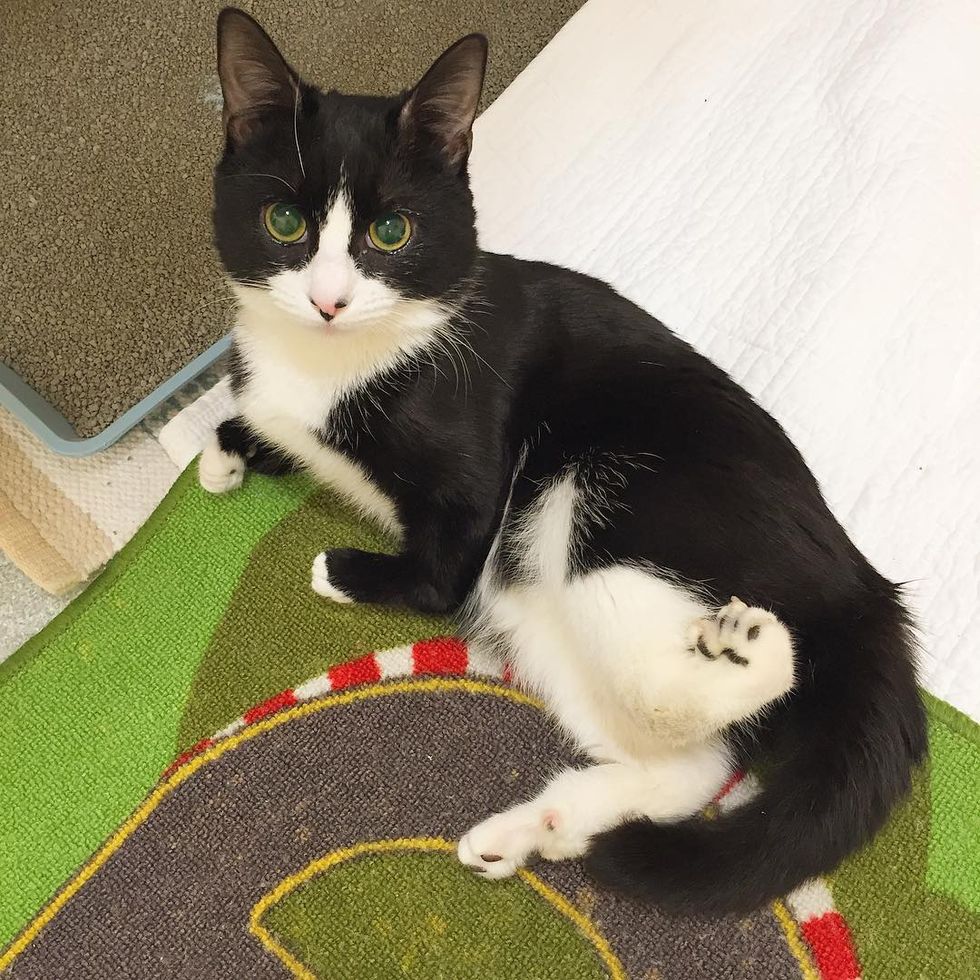 In the past two weeks, Ivan was sitting in the shelter watching potential adopters come and go, but they all just passed him by.

Because of this lack of mobility, he cannot use the litter box on his own, which is a big reason why is having a hard time finding a home. 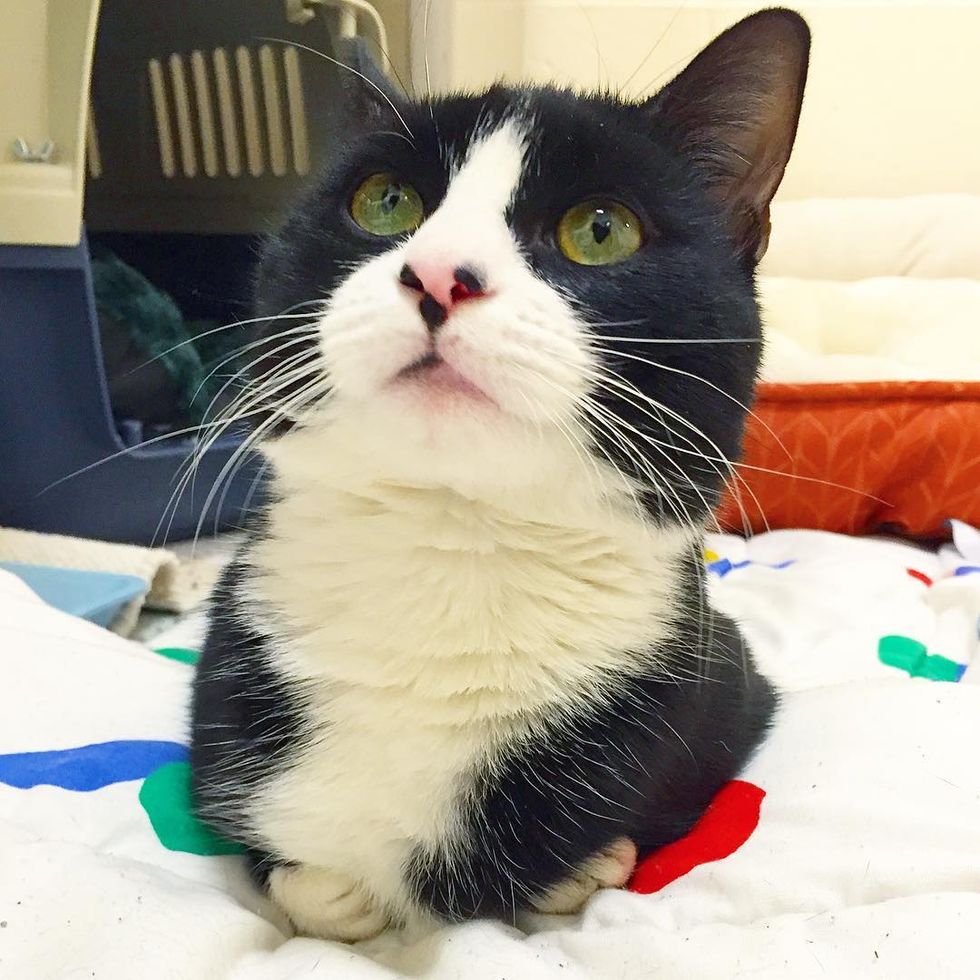 Being special doesn't bother Ivan at all. He is a lovable and affectionate kitty who adores people and loves to be held.

As soon as he is given chin scratches, he rolls on his back demanding more. What he wants is a chance to a loving home that understands his needs. 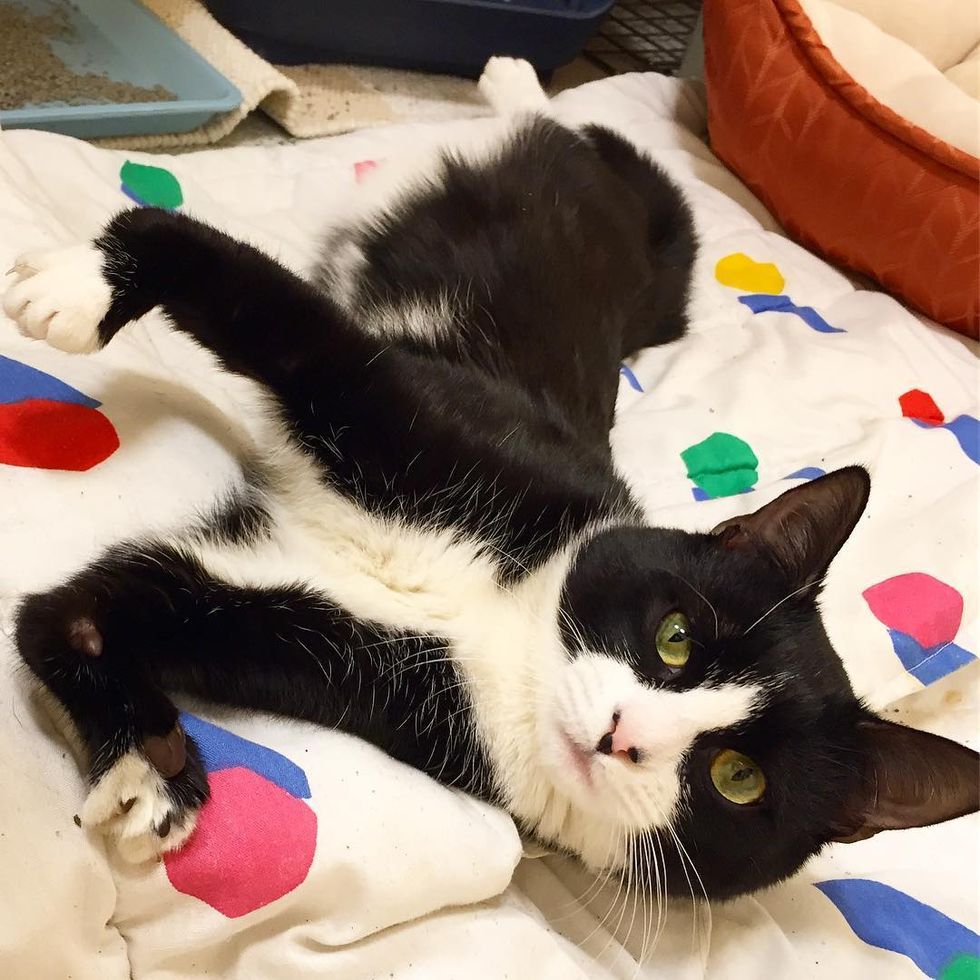 "What Ivan lacks in mobility he more than makes up for in personality," Alyssa Krieger of MSPCA-Angell said in a statement to Patch.

"His physical limitations will always be there-so we're looking for the adopter who can see through that and give him the second chance he deserves." 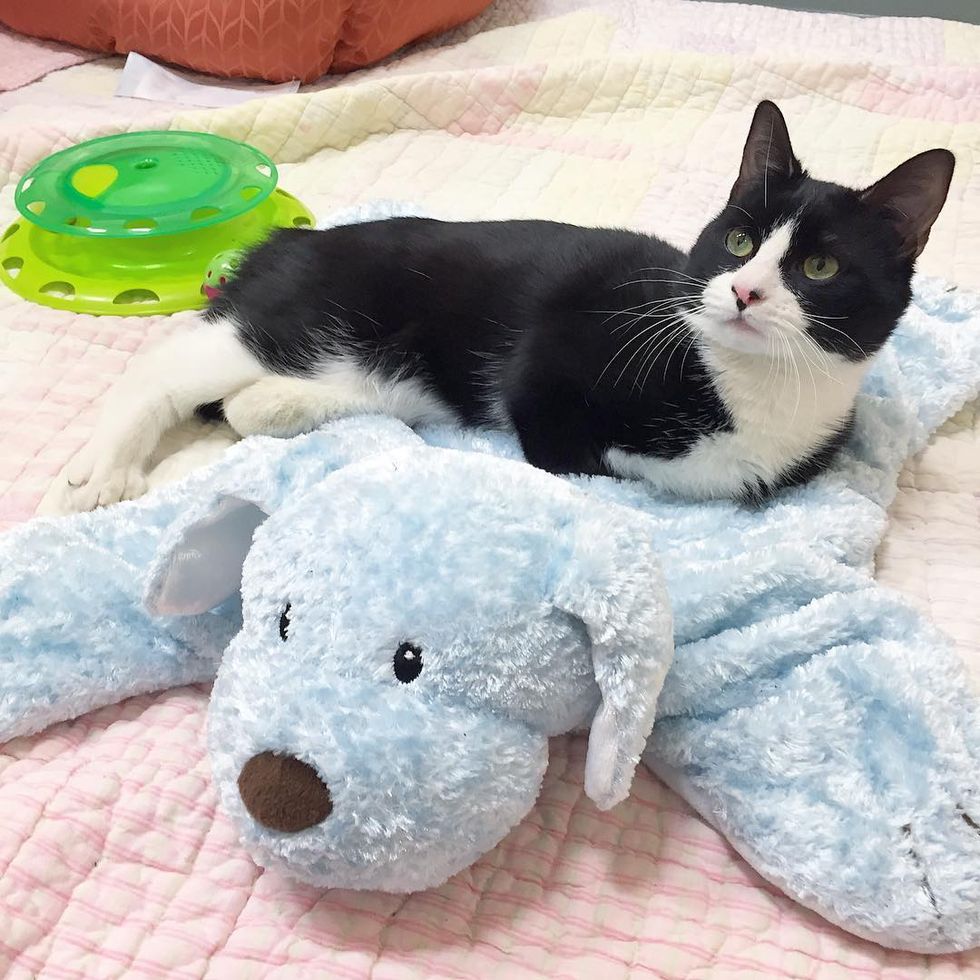 Ivan has figured out a way to get around-his "army crawl".

He can't get enough of love and head scratches. He's a lovebug!

Related story: Special Cat Who Walks Like Kangaroo Bonds with Another Ginger After Both Abandoned