A woman took a chance on a ginger cat with deformities and was determined to turn his life around despite the odds. 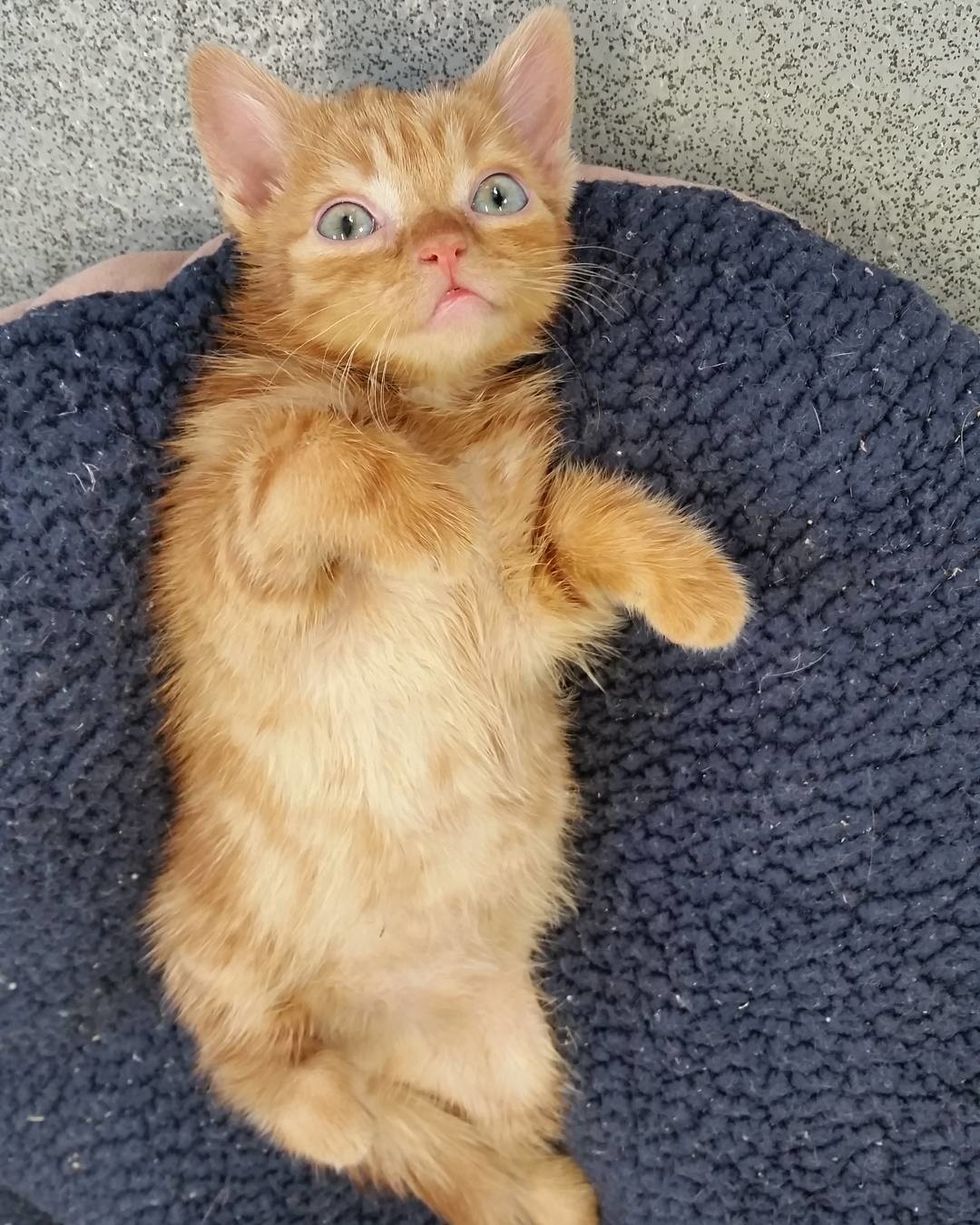 Buggy and his two brothers were rescued by Cats Protection Belfast Adoption Center (the UK) when they were eight weeks old.

"Despite their age, they were only the size of five week old kittens. They were extremely malnourished, had fleas doing somersaults off them, had worms and were in terrible health. No one was sure if they would pull through, especially Buggy who was the worst affected," Claire Harper, a volunteer of Cats Protection Belfast, told Love Meow.

With tireless effort to save the kitties, the three brothers overcame their rough start. 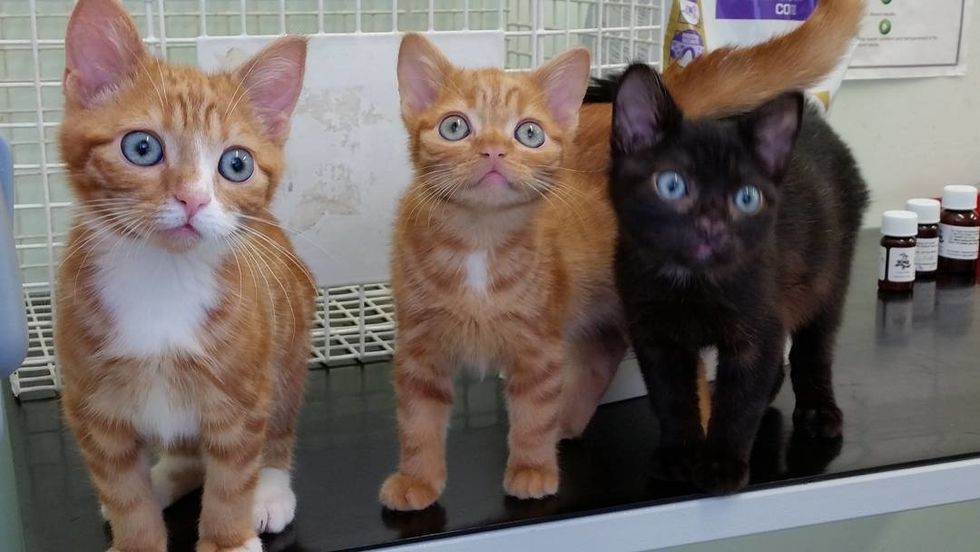 They were born with chromosomal abnormalities. "Buggy was particularly affected — he had a crooked jaw that couldn't open properly and unusually large eyes. At that stage the vets didn't know about other health issues that they had," Claire told Love Meow.

When Claire met 3-month-old Buggy, it was love at first sight. The ginger boy quickly crept his way into her heart. A month later, the vets discovered that Buggy had a condition that caused his kneecaps to slip out of place. 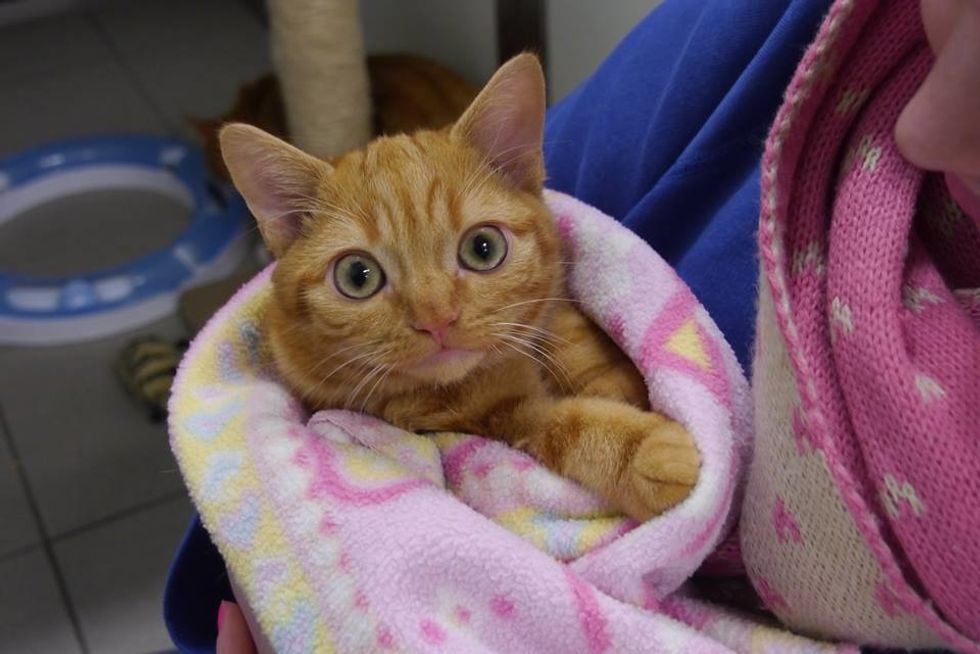 "Buggy went back to the vet from Cats Protection to have X-rays in advance of his knee surgery. It was then that we were dealt a devastating blow.

"Every single joint in Buggy's back legs was deformed, including his hips. He was deemed inoperable and the vets said it was evident he would have to be put to sleep by his first birthday as his joints would deteriorate so fast and he would be left unable to walk and in agony." 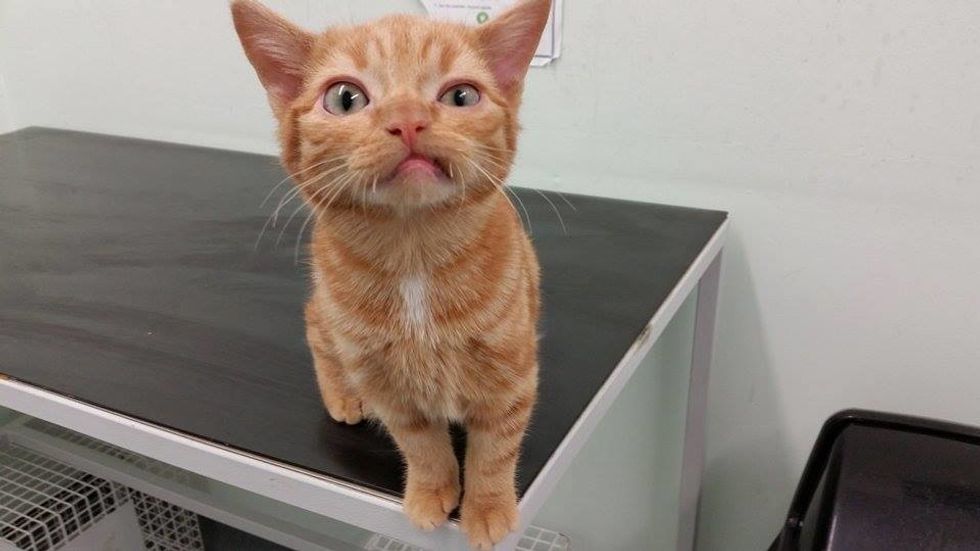 "This only made me love him more, and cemented my decision to adopt him. Even if he wasn't going to have a long life, I wanted him to have a few months in a home where he would experience so much love!"

Buggy wasn't ready for adoption until February the following year, so on Christmas morning, Claire went to the shelter to be with him and help him unwrap his gifts with his brothers. On February 1st, 2015, Buggy moved into his forever home and immediately made it his kingdom. 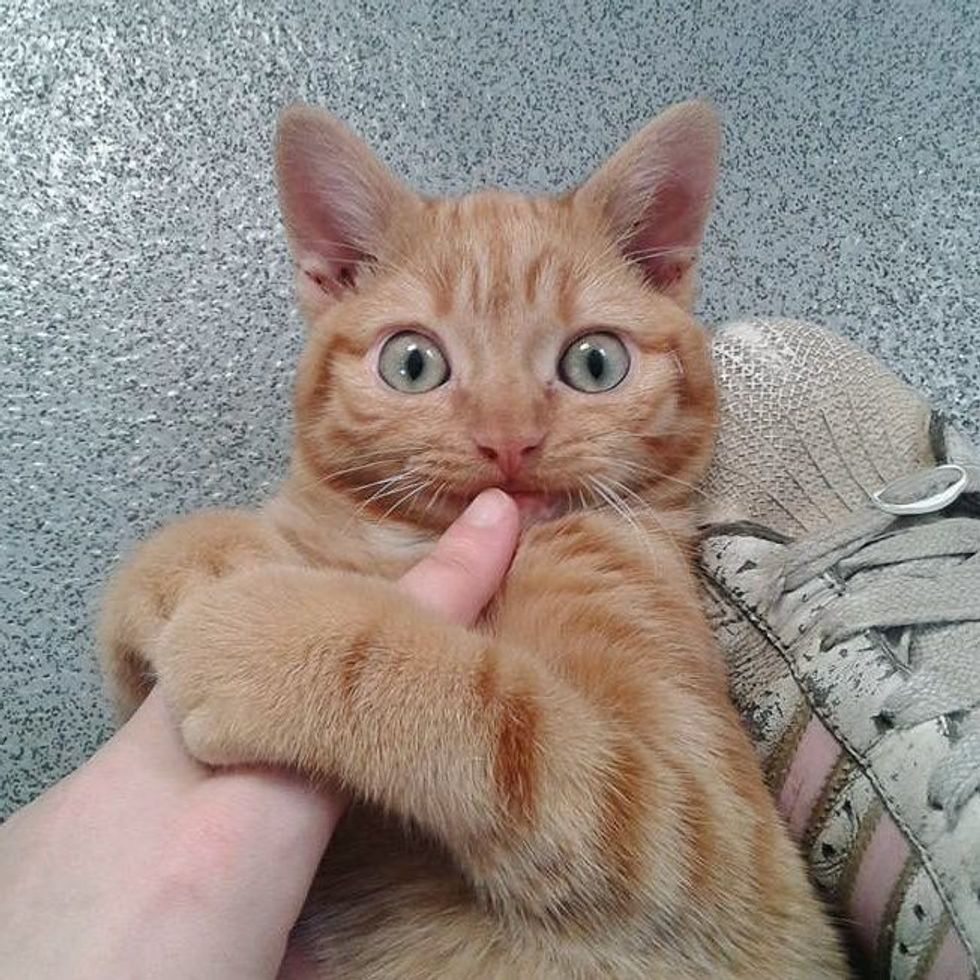 Despite Claire's very best efforts, Buggy's legs continued to deteriorate. "My heart was breaking. I got my vets to send his scans to specialists throughout Ireland, but they all said the same - his prognosis was dire and nothing could be done.

"It hit me most when I went to place a cat food order and I didn't even know whether to buy Buggy food for the next couple of months because he might not even be here." 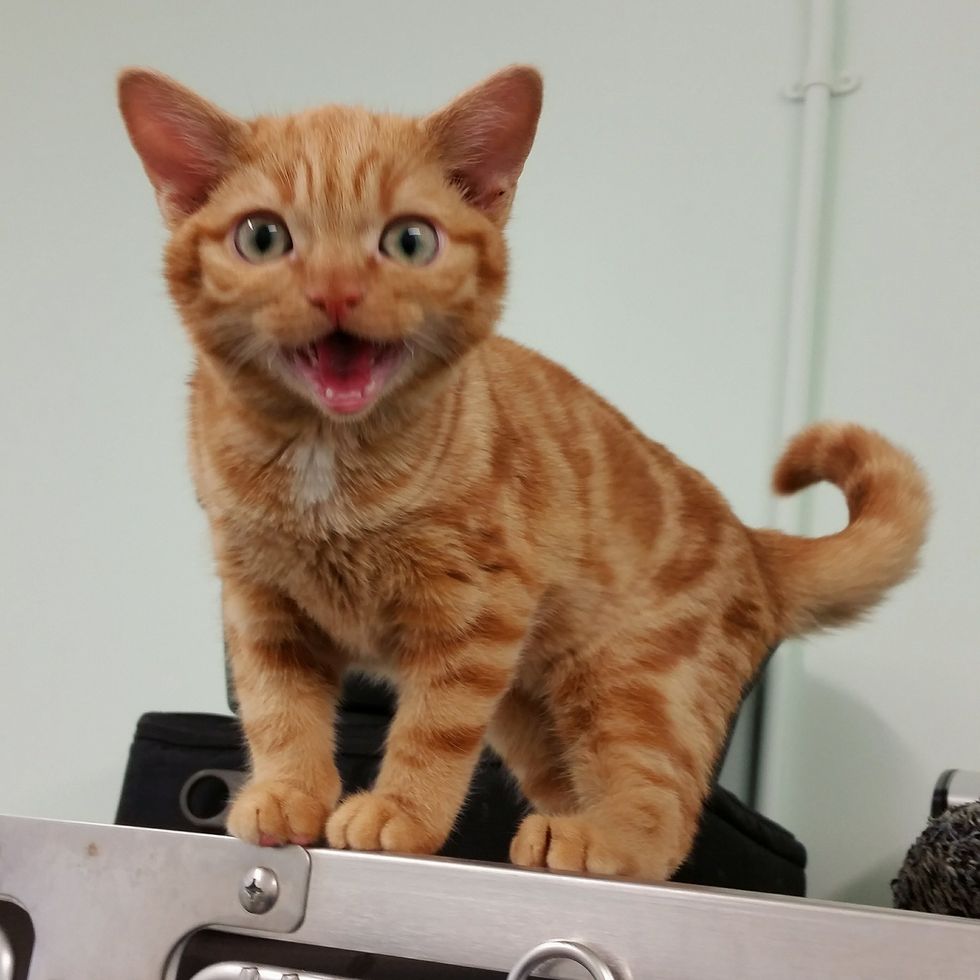 Then she remembered an amazing vet called Noel Fitzpatrick who has done miracle surgeries for animals with orthopedic and neurological issues.

After a long trip from Belfast, N. Ireland to Cairnryan, Scotland and another 10 hours on the road, they finally met with Dr. Fitzpatrick who determined that Buggy was operable. "It was the best news ever!" 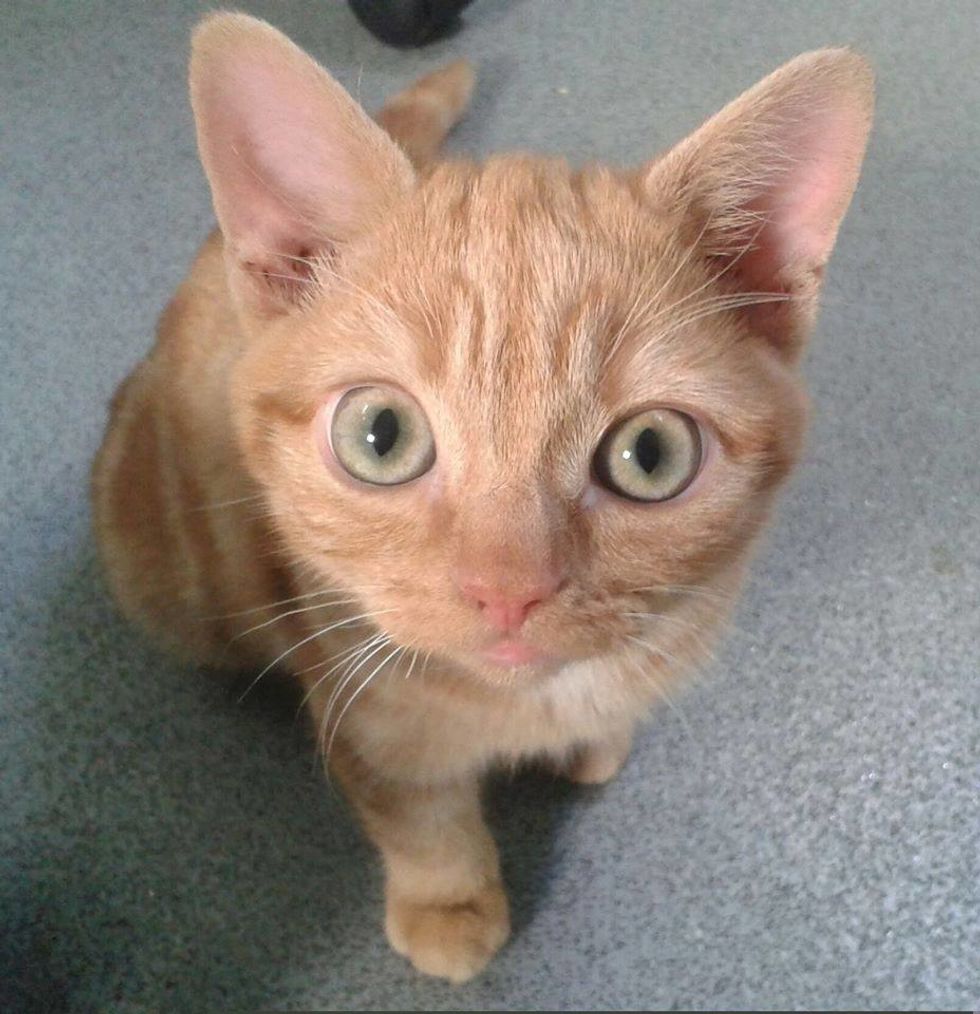 "His plan was to fix his lusting patella by giving him deeper knee grooves and fusing his hocks as they kept flipping backwards!"

Buggy received his life-saving surgery in June and had subsequent surgery in July to remove metal fixators on his back legs. 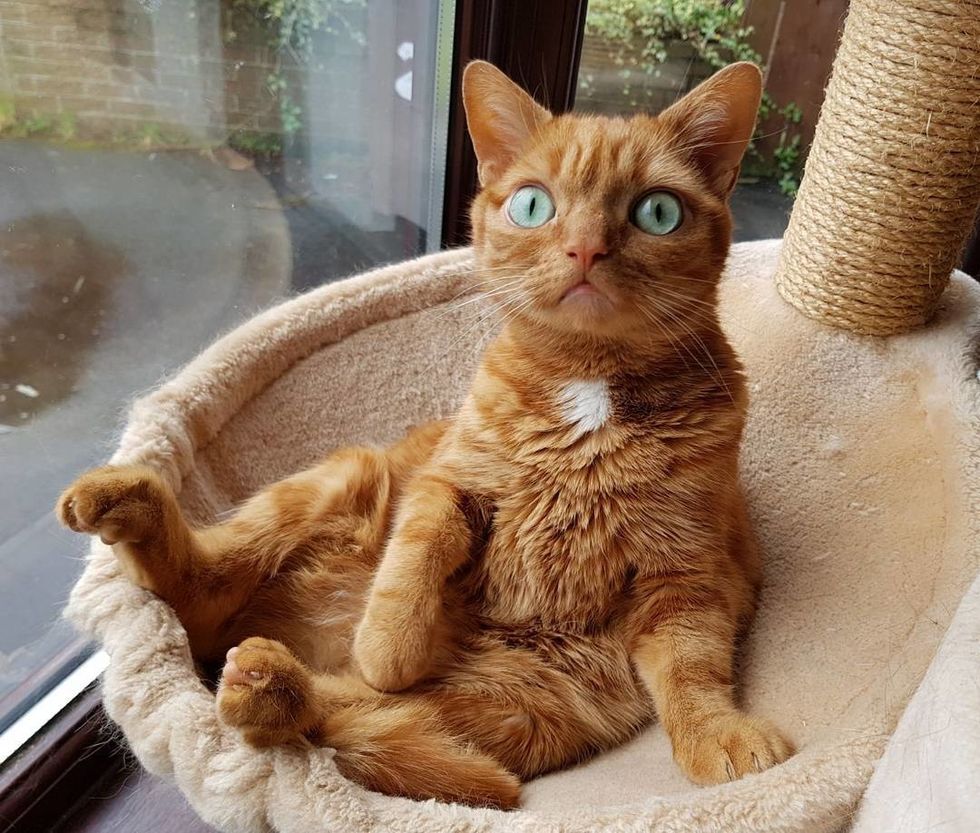 "Even though he was so scared (after surgery), he let me pick him up and Noel showed me various exercises to do with him," Claire told Love Meow.

"When I went to get Buggy post-surgery, I talked to Noel about what the future might hold and he gave me news that was music to my ears - that Buggy could now potentially have a normal life expectancy!" 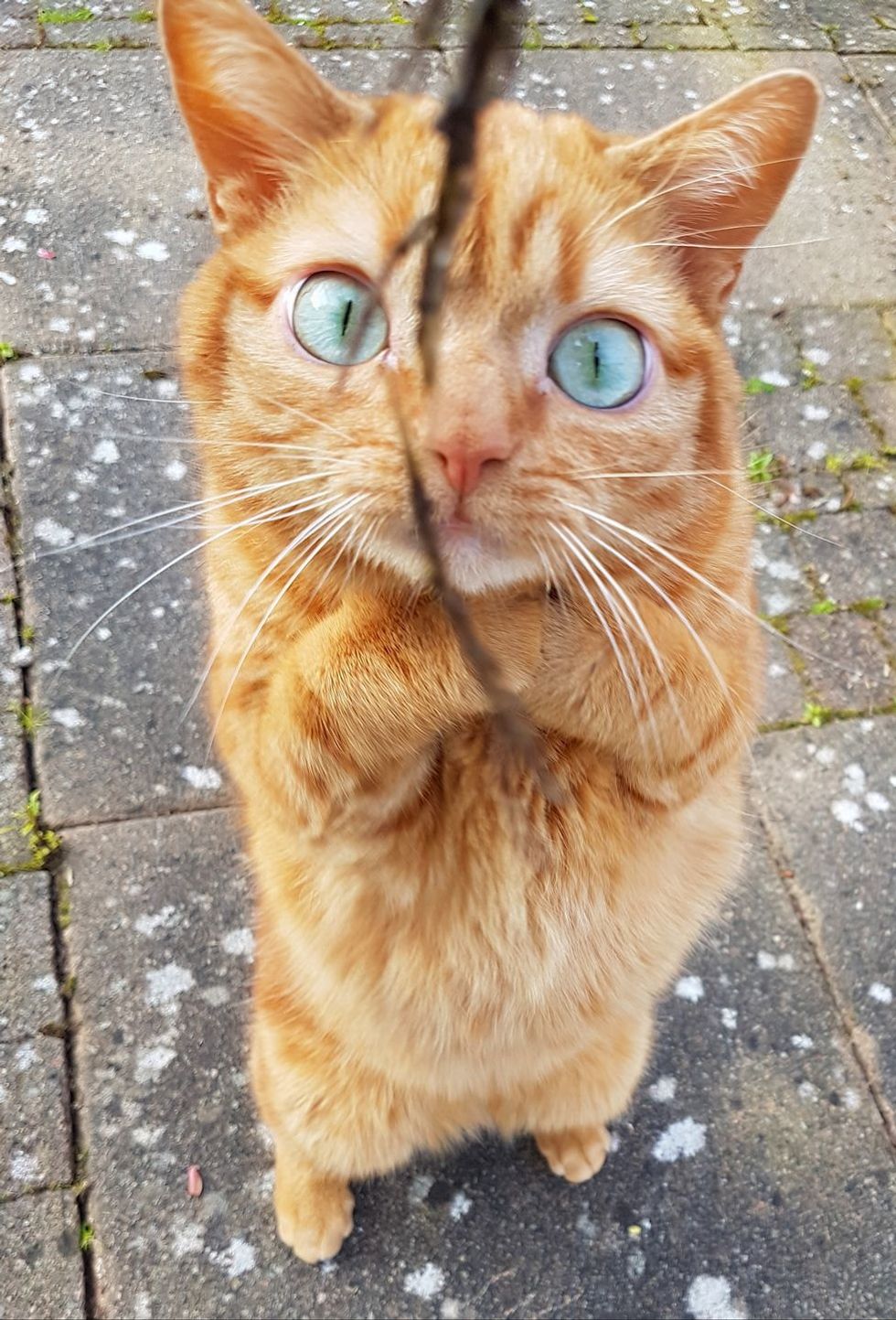 "Buggy is now three years old and loving life! He can jump up cat trees, chase the other cats and insects and just be one of the gang with the other cats of the house.

"He even has a large outdoor enclosed catio so that he can enjoy looking at the birds, the fresh air and sunshine." 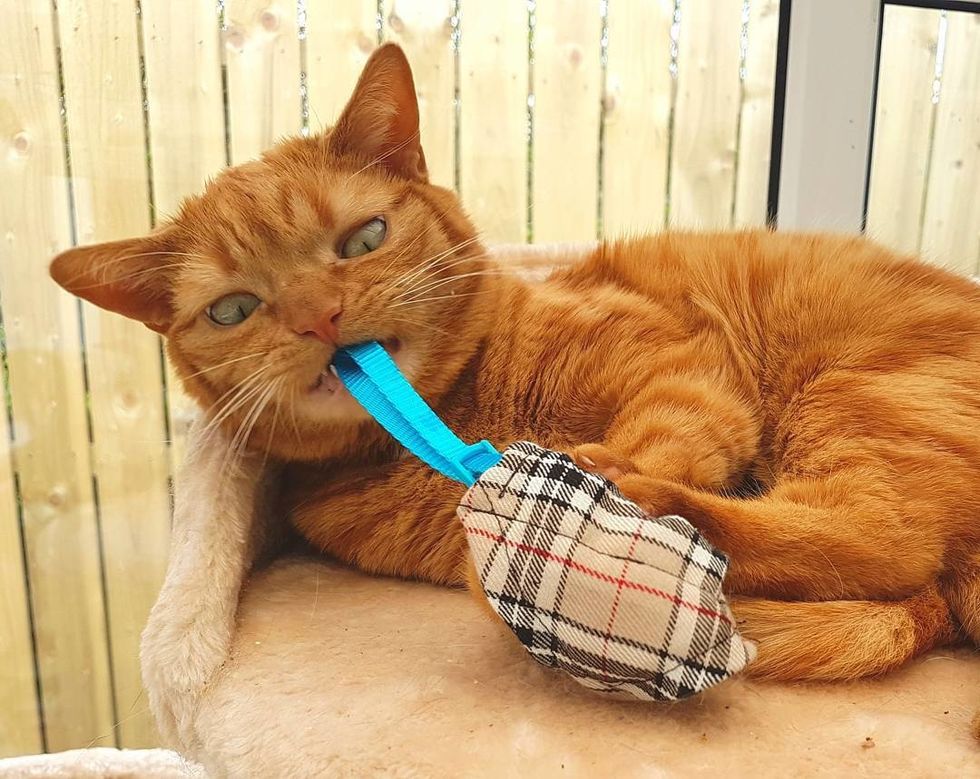 Buggy, then and now! 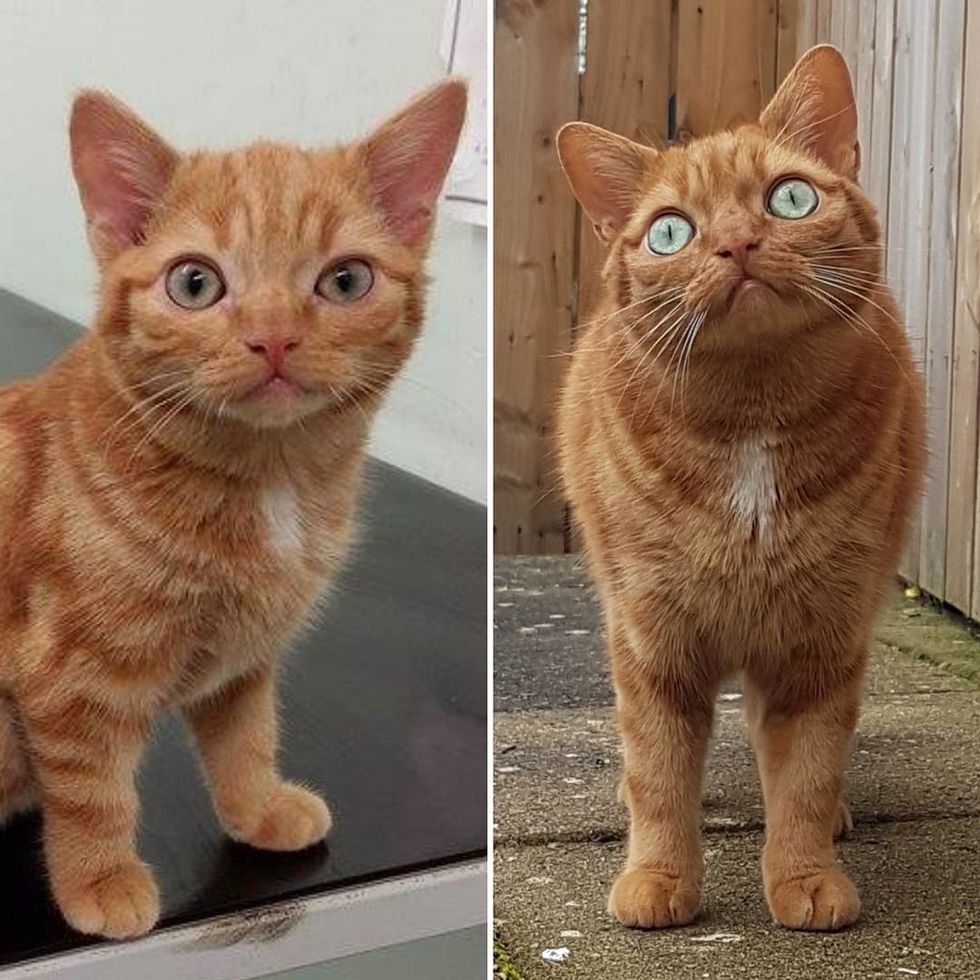 Three years ago, Buggy spent his first Christmas at the adoption center not knowing what the future would hold. This Christmas Buggy is thriving, playing and running around the house, his kingdom!

"Buggy is truly my best friend. Without him I would be lost - he has helped me through some very tough times and has helped me realise that I am stronger than I think I am." 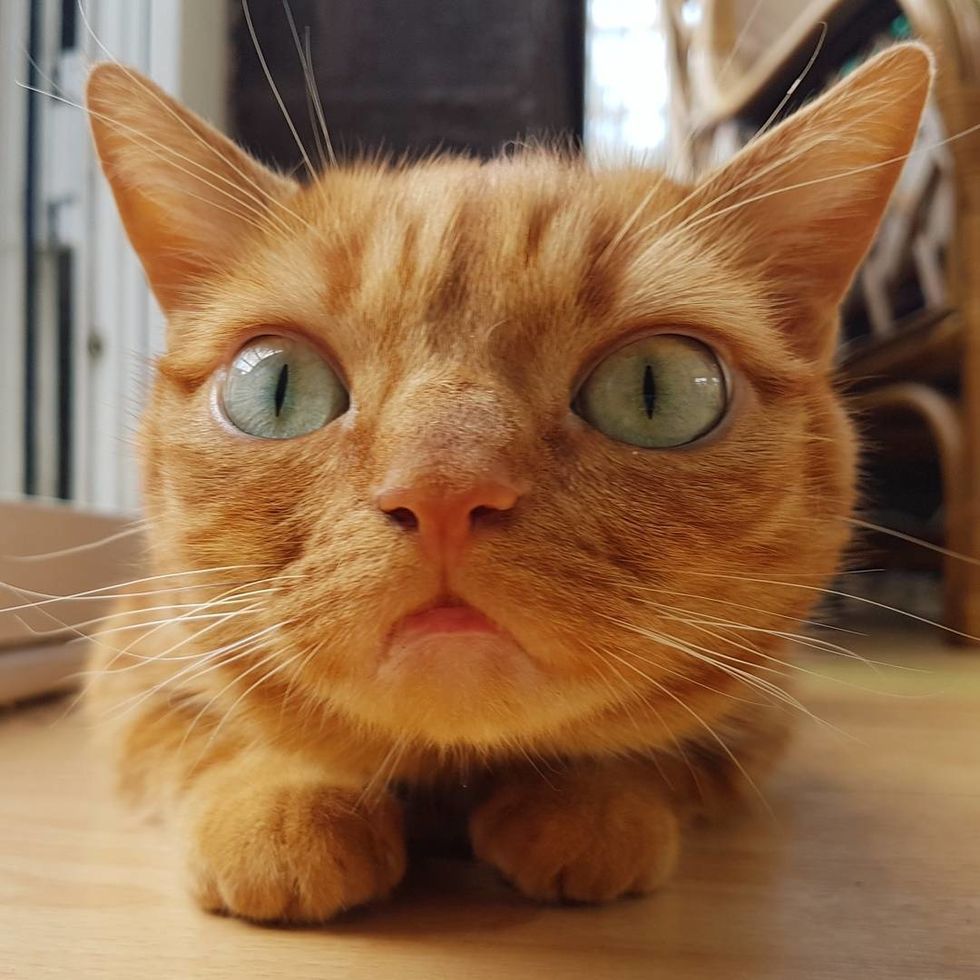 Buggy got a new brother, Stu!