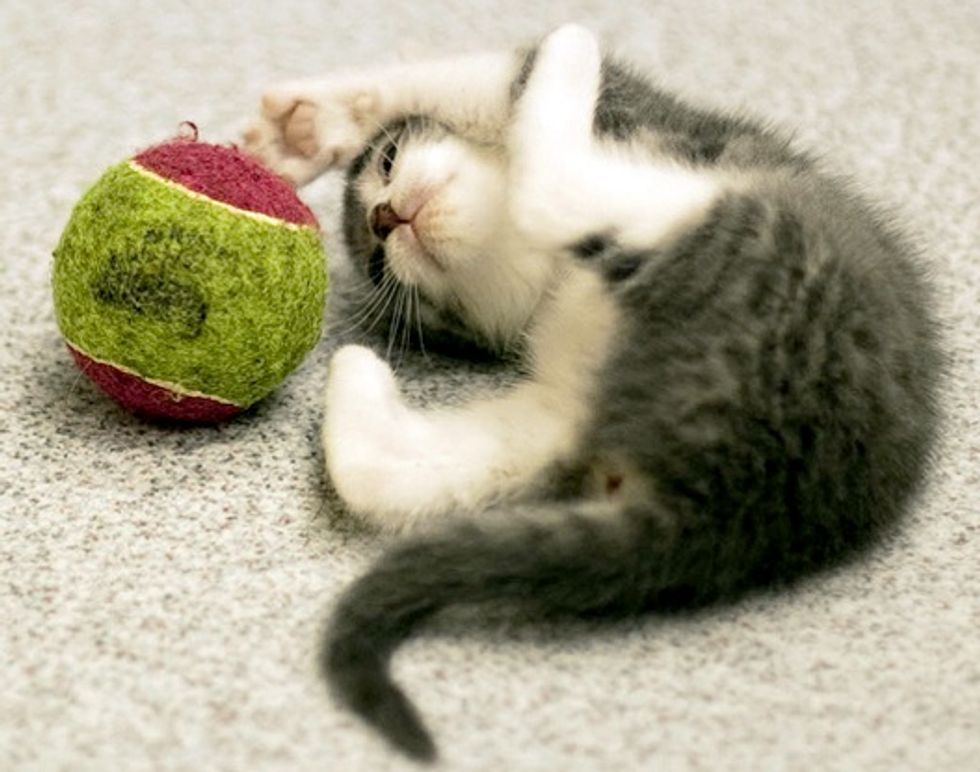 Little Kitten Rescued from a Ditch and Found Loving Home

This little boy was found by a man on the morning of December 8th in a box in a ditch. He was only about six weeks old, infested with fleas and an intestinal parasite, and weighed exactly one pound.

It has been extremely windy here since Sunday, with temperatures reaching only into the mid-30's (Fahrenheit, about -1 Celsius) during the day. I have to imagine that must be the best night's sleep that this boy had had in a while. Warm, cozy, out of the biting wind... a full belly and a pile of dead fleas falling off of him.

My brown dog Alice was acting very motherly towards this kitten. She never did this with any of the other babies we have had. She licked his face and his hind end, and whined when she could see the kitty but was not able to get close to him. It was sort of strange, but very sweet.

The little kitten went to his new home last night and his new parents are very happy to have him. They are calling him Vito, which goes quite well with their very Italian last name. It works for him too because he is such a tough little guy. His new mom bought him all new stuff, since she did not currently have a kitty. He got a brand new kitty bed of his very own, a new blanket, some toys, food and water bowls.

I wish I could do more for more helpless kitties, but each one is a small victory!