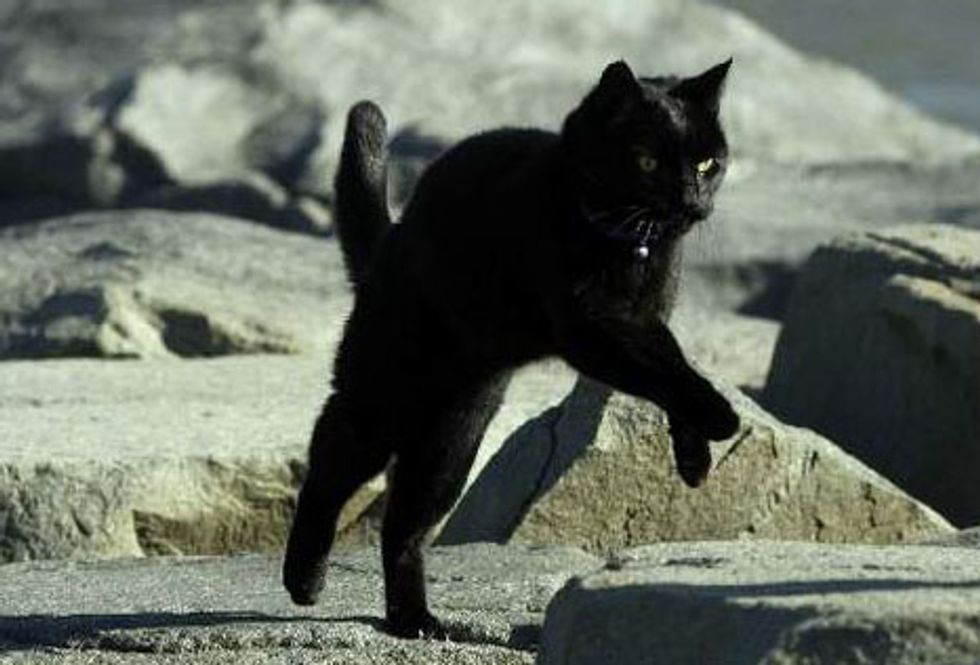 A black stray cat from New Jersey has a heart-warming, uplifting story to tell. One morning she came to Michael Greenblatt, a fitness trainer and rubbed her face against him when he was out for a jog. Michael went on with his run, but the kitty trailed behind. From that day on, the two became running partners, and she was named Roadrunner.

Everyday, Roadrunner showed up at Michael's doorstep at around 5:30am, waiting for her partner to start the morning jog. A month later, Michael thought that he had to have this special cat in his life, so he welcomed Roadrunner into his home and the bond between the two started to blossom.

Michael is treating Roadrunner like an athlete. He preps her before the run and times her every time they are out. But I have a feeling that it's Roadrunner who is truly training Michael, getting him out of his house to run with her.