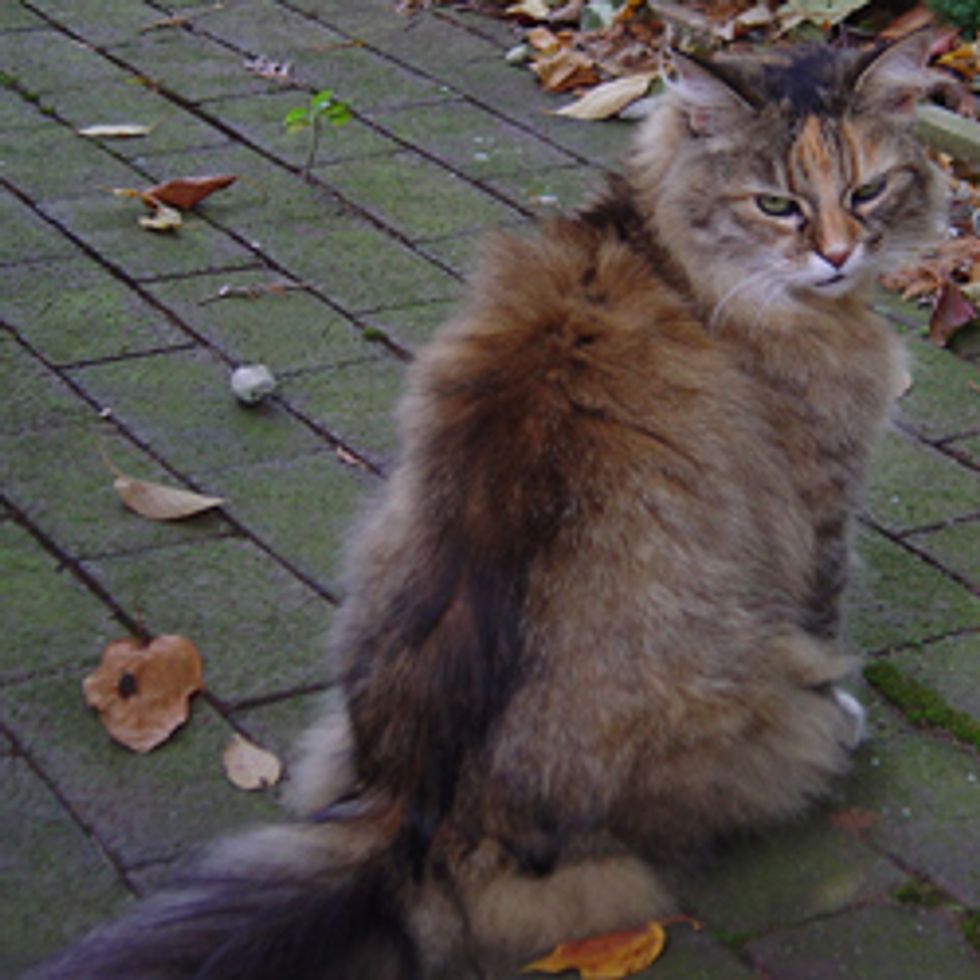 Maine Coon is the second most popular cat breed in North America. They are named after the state of Maine where their native habitat is located. The origin of the name "Coon" is not exactly documented, but there are theories such as that they were crossbred between a semi-feral domestic cat and a raccoon. However, biologically that's extremely unlikely.

Maine Coon became the most popular show cats in the late 1800s, but after the Europeans brought their long-haired breeds such as Persians to America in the 20th century, Maine Coon's popularity was pushed down.

Maine Coons are generally long-haired or medium-haired. Their coat is silky, shaggy and soft where the hair on the britches, ruff and tummy is thicker and longer. They have a long, squarish muzzle, sometimes a frill or medium-long hair around the neck, 2 large, distinctive oval shaped eyes and moderately pointy ears, wide at the base, set apart at an ear's length. Their ears are tufted inside and at the tip. Maine Coons' paws are big, plumy and fluffy. Their tail is distinctively long and flowing. Most Maine Coons' tail is almost as long as the torso. When they keep the tail straight up, it looks like a fancy, brushy duster.

Maine Coons are said to be the best, most desirable pet cats because of their people-oriented personality. They enjoy getting attention from people, but are not overly dependent. They are a perfect companion that is not high maintenance, but definitely loyal. They are curious about what activity you are involved in and would give you a hand when they can. Generally Maine Coons are not typical lap cats. They prefer staying close by people, mostly on the chair right next to you or down the floor by your feet. They like to follow you around, wait outside a closed door for you to come out. Their voice is crisp and quiet, sounds like a kitten. Typically Maine Coons are friendly to other cats, dogs and children. They are named the professional mousers, so any toys that allow them to get on the ground or chase after would be perfect. Some Maine Coons can also fetch objects back to their owners.

Maine Coon's diet should consist of high-quality food. Since they are one of the largest breeds of domestic cat, free feeding is not recommended. Maine Coons love water, so fresh, clean water (distilled or filtered) should be provided at all times.

The most common health problems associated with Maine Coons are hip dysplasia which could cause limping to severely affected cats, and cardiomyopathy which is a heart condition that ranges from a minor heart murmur to severe heart problem.