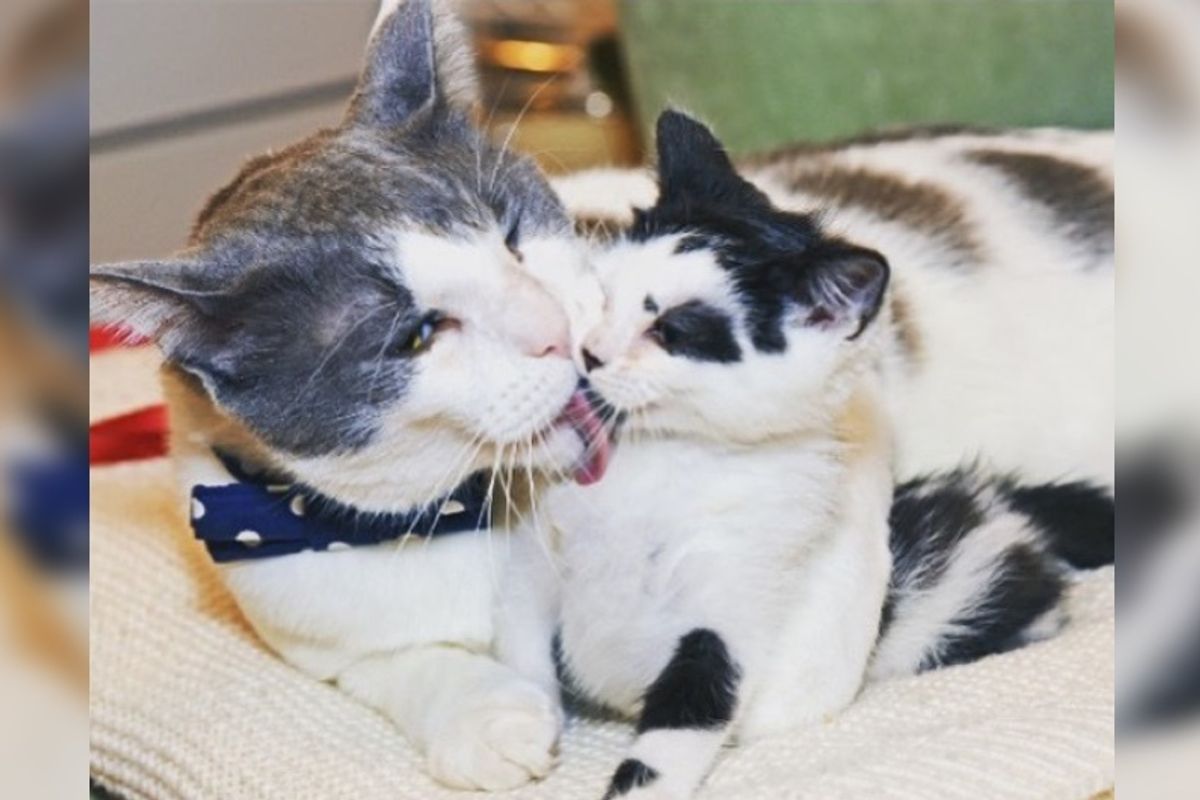 Male Cat Saved Over 25 Kitties and Raised Them As His Own...

A 7-year-old male cat has saved over 25 kitties in need ever since he took a liking to two shy rescue kittens five years ago. 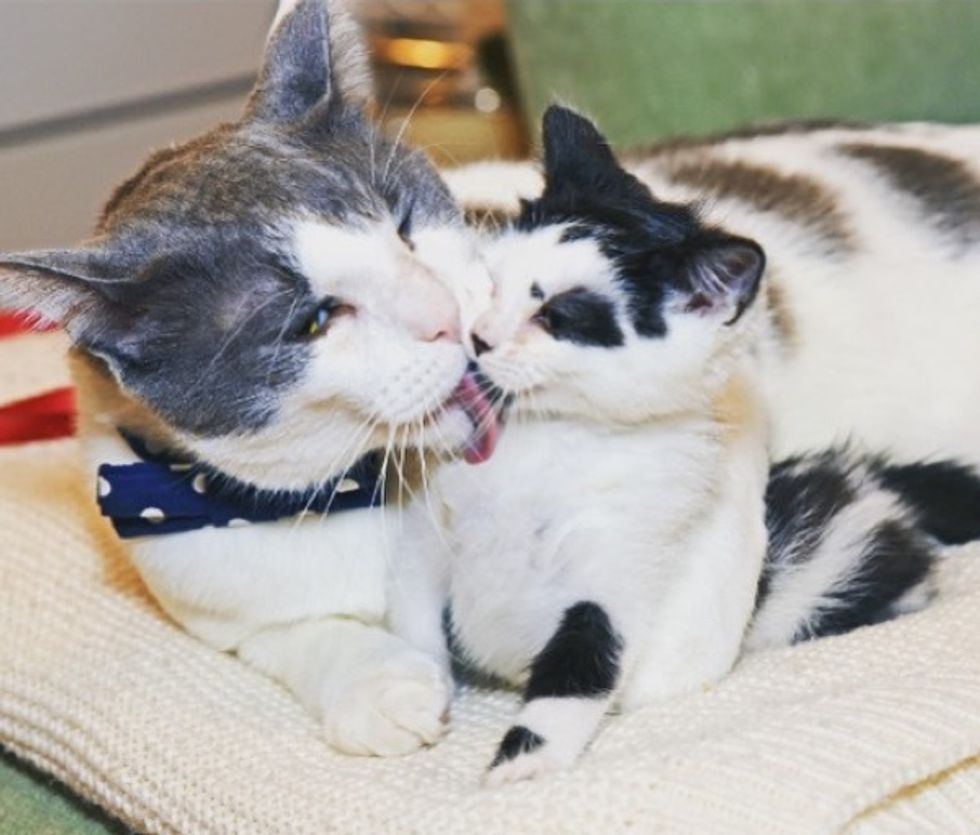 Chandler Alteri met little Charlie at her parents' home back in 2010 when he was a foster himself. He was found abandoned in a box along with his three siblings. When all the kittens found homes except Charlie, Chandler's mother asked her if she would be interested in taking him home. She couldn't pass him up.

From the very beginning, Chandler saw just how loving and affectionate Charlie was. He always ran to the door to greet her when she returned from work, and showered her with cuddles and love.

When Chandler settled down in New York, she decided to foster kittens like her mother. Little did she know that Charlie would take on the fatherly role for every kitten she brings home. 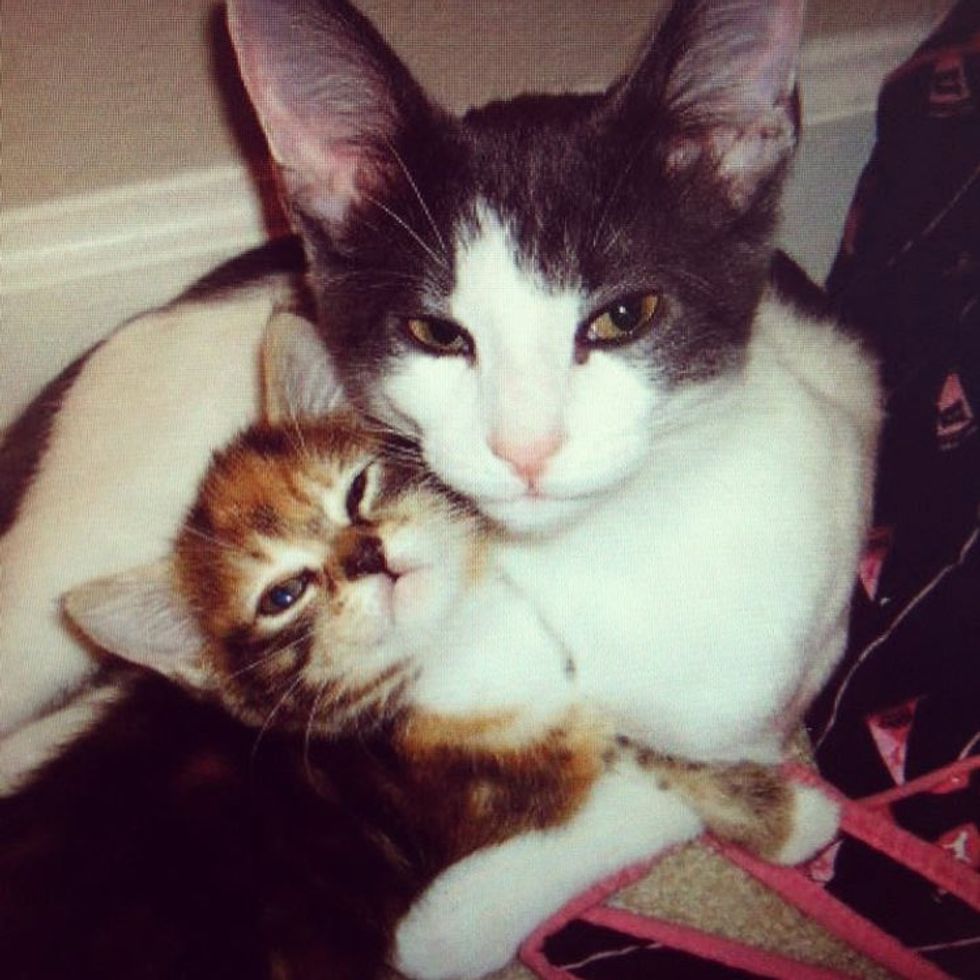 Even when he was a kitten, he loved taking care of his friends.Chandler Alteri @charlie.fosterdad

In 2012, Bitsy and Jitterbug, two rescued kittens from ASPCA, came to Chandler's home. The kittens were very shy and weren't so sure about their human caregiver.

They kept their little bodies low to the ground and would back into a corner to hide until Charlie showed up. Everything changed. 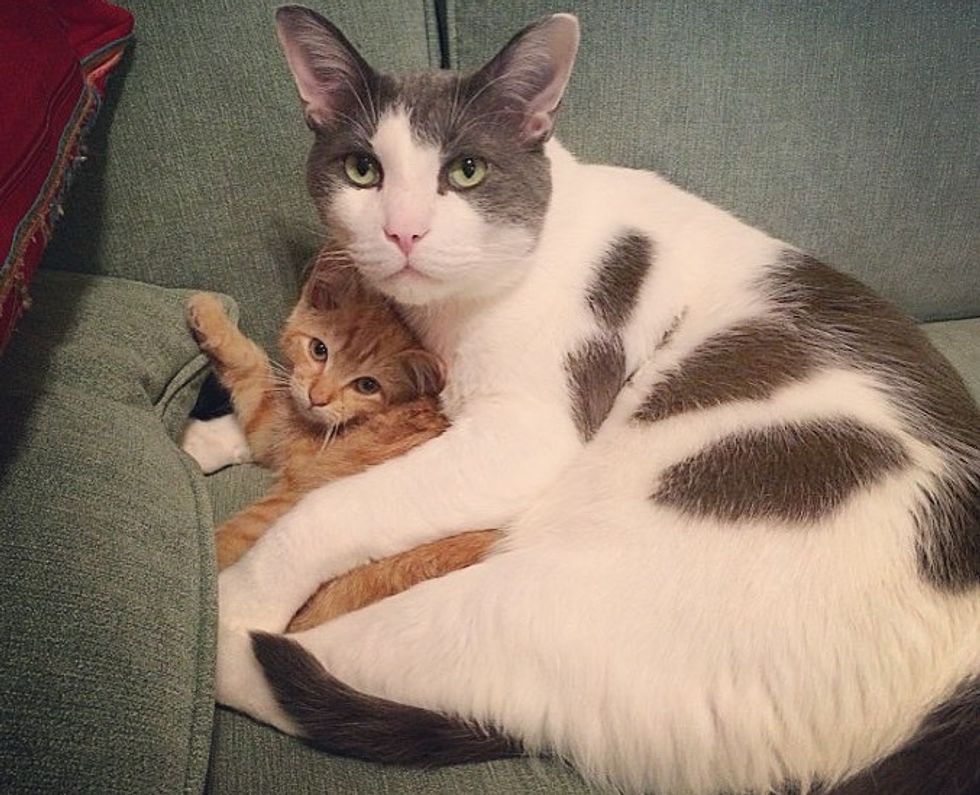 Charlie insisted to meet the kittens. His presence instantly gave them a sense of comfort, almost fatherly like. He started grooming them, caring for them and reassuring them that everything will be alright.

Because of Charlie, the kittens learned to trust their human friend Chandler. 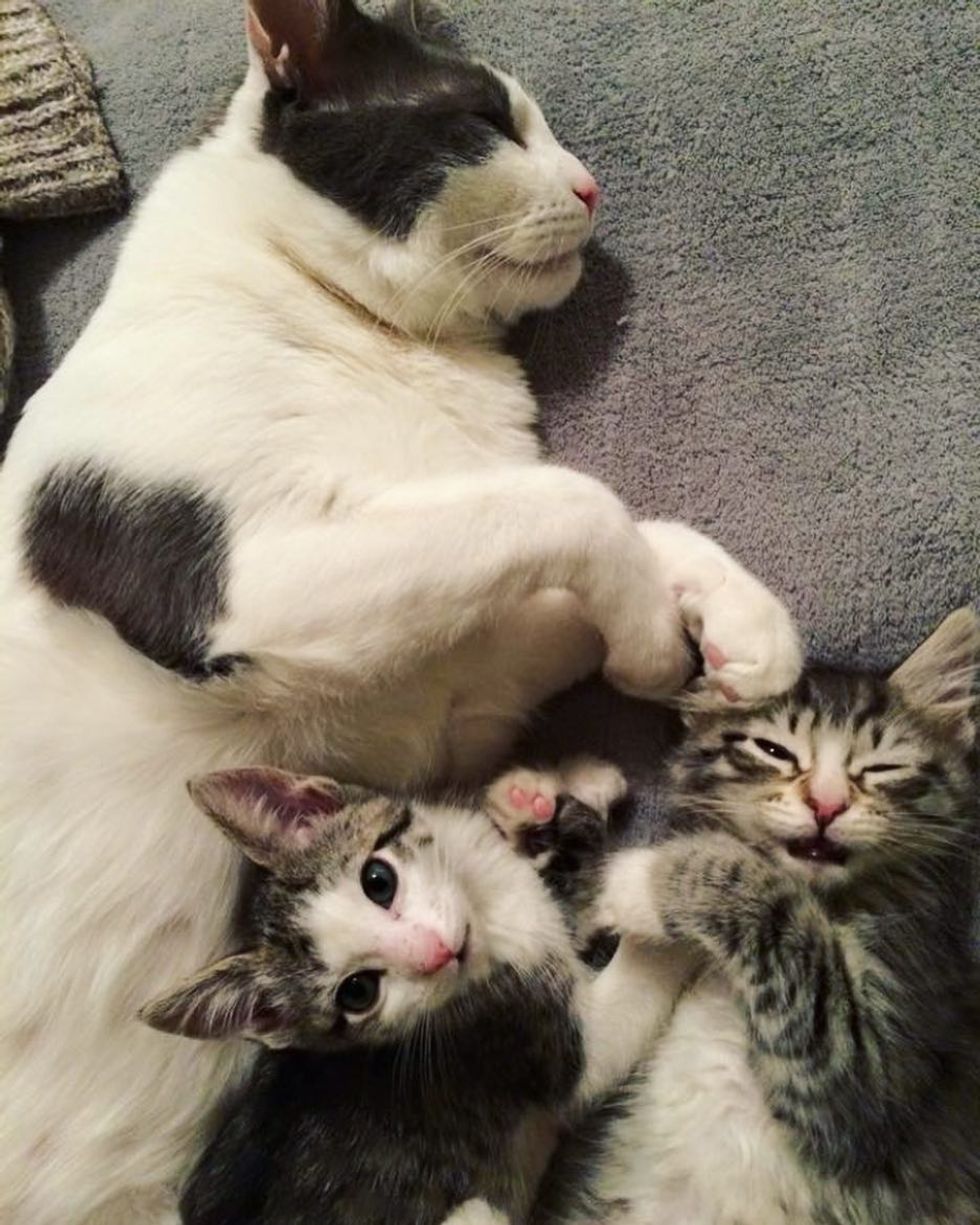 "Charlie's love for his fosters is inspiring. He has fostered over 25 cats and kittens with variety of disabilities. He loves and cares for each one of them the exact same," Chandler told Love Meow.

Charlie adores his fosters, especially those with special needs. He seems to know that they could use some extra TLC. 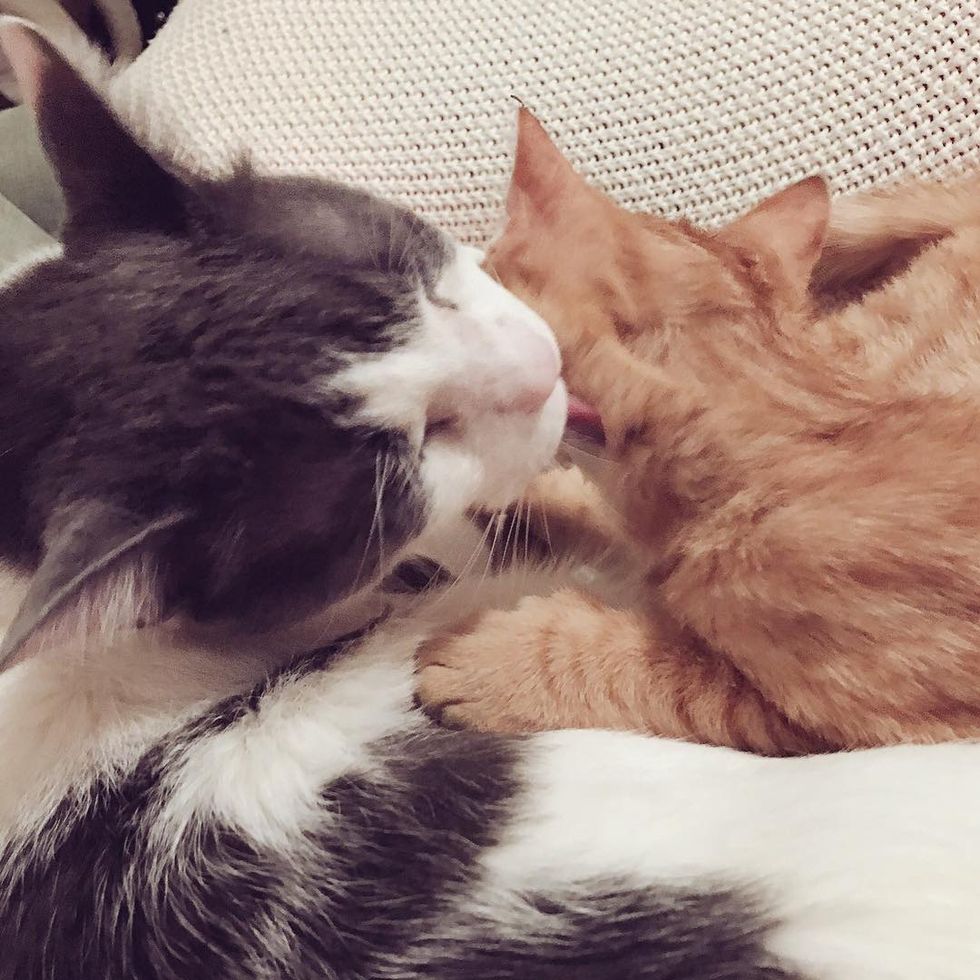 Some of the kittens Charlie has cared for are blind, wobbly or missing a leg or paw. Charlie loves them all the same. He makes sure every kitty is clean after using the litter box and helps them wash their faces after every meal.

Despite being a male cat, Charlie never minds his fosters nursing on him. The kittens are often orphaned so having a parental figure helps them tremendously in their growth. Charlie seems to understand that and will clean them while they are nursing away. 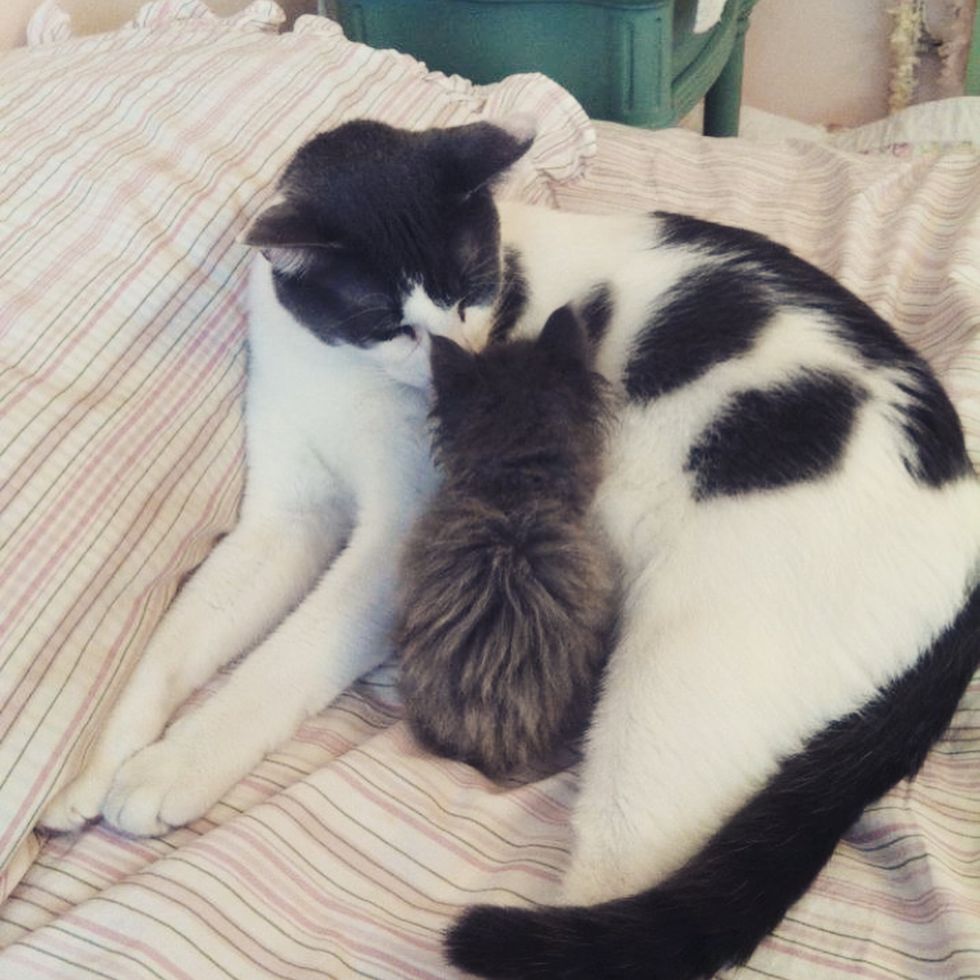 Boing was very shy and refused to come out of the carrier when he arrived, but Charlie came to him and claimed him as his baby.

"Charlie gave Boing a bath and Boing came out of his carrier for him and followed him around the bathroom chirping and purring." 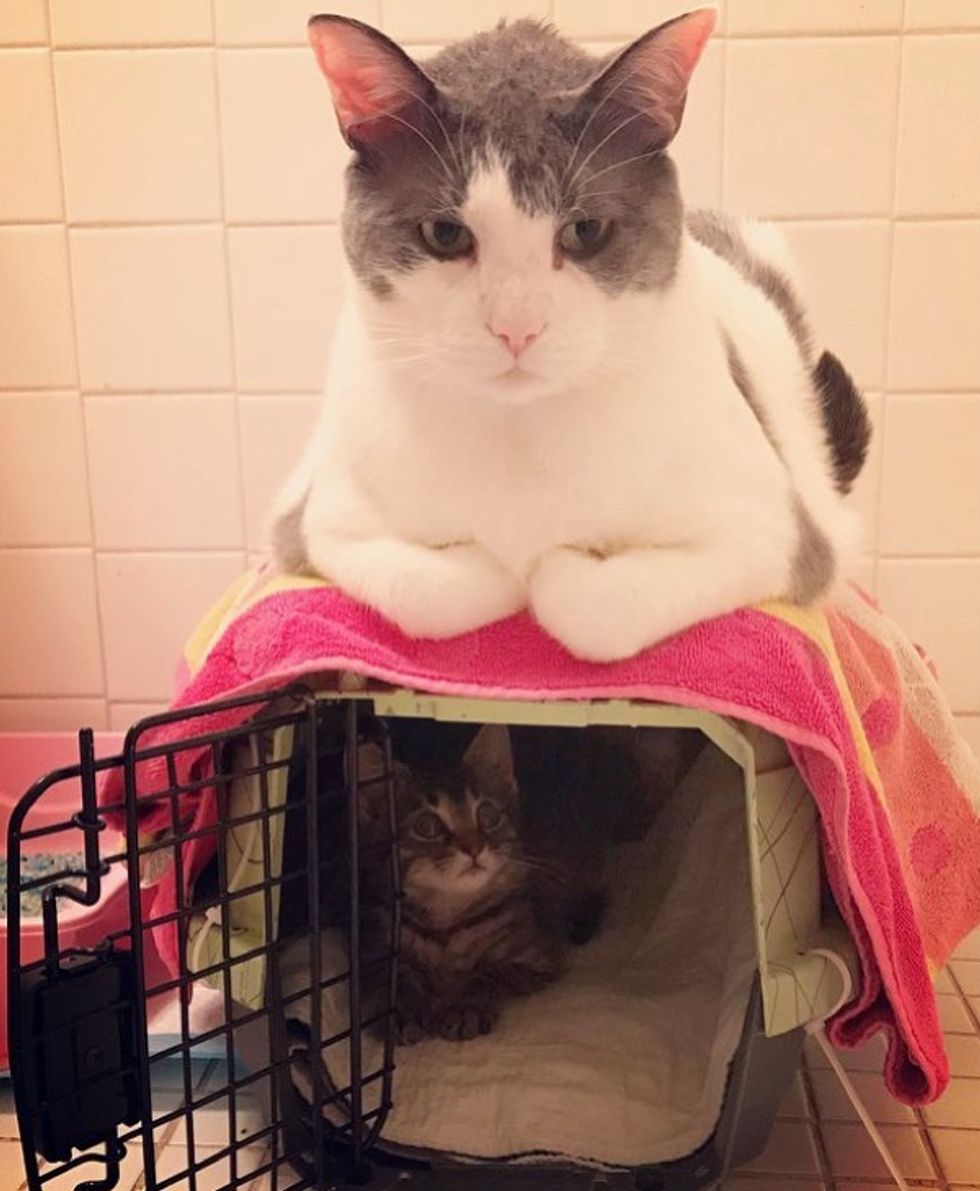 After taking his meds, Boing wasn't so thrilled and dashed back into his carrier.

Charlie immediately crawled in with him to comfort him and reassure him that he's loved. 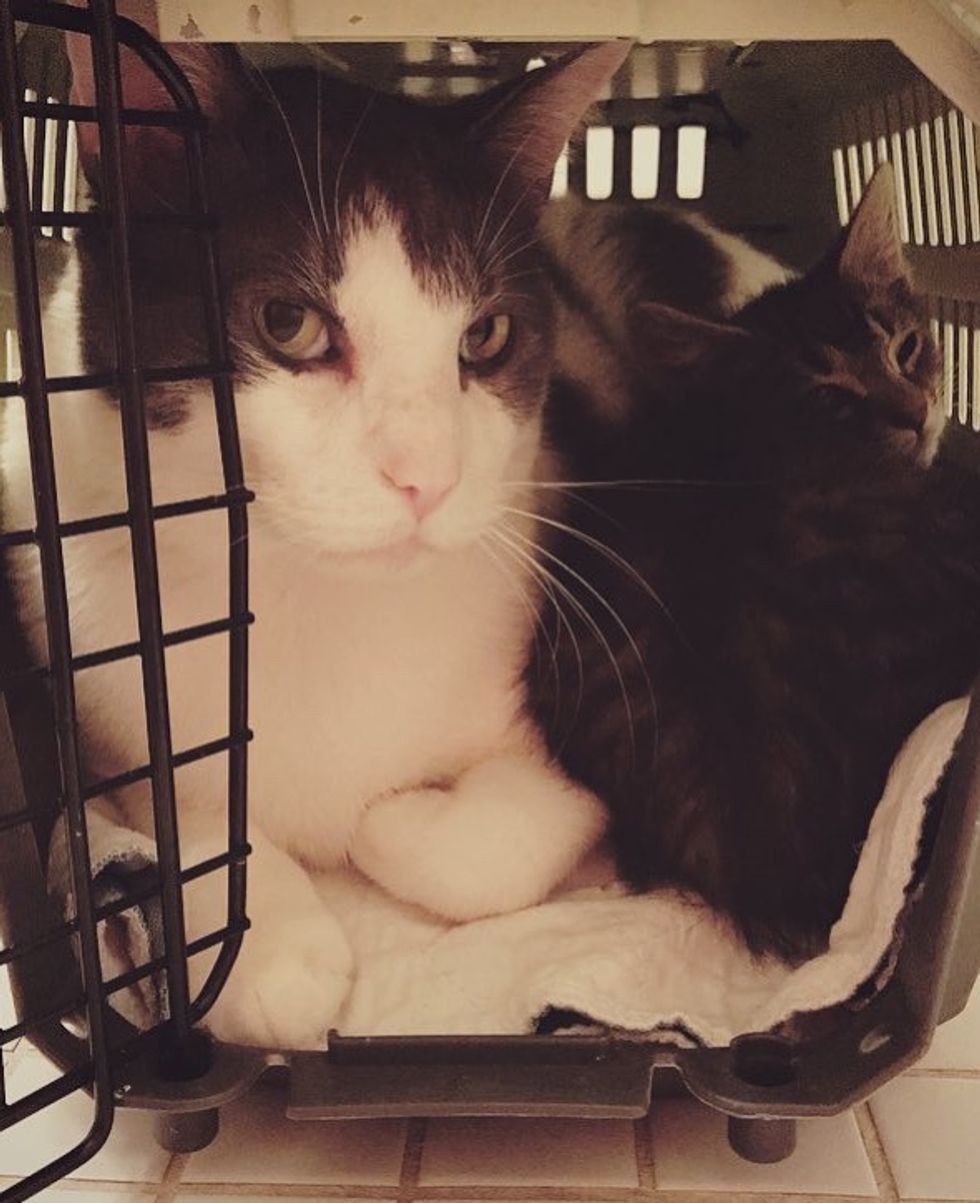 Charlie teaches his kittens to be independent.

He has a way to connect with the kittens that humans can't, even the shyest ones, and help them bridge the gap with their humans and learn to love and trust them. 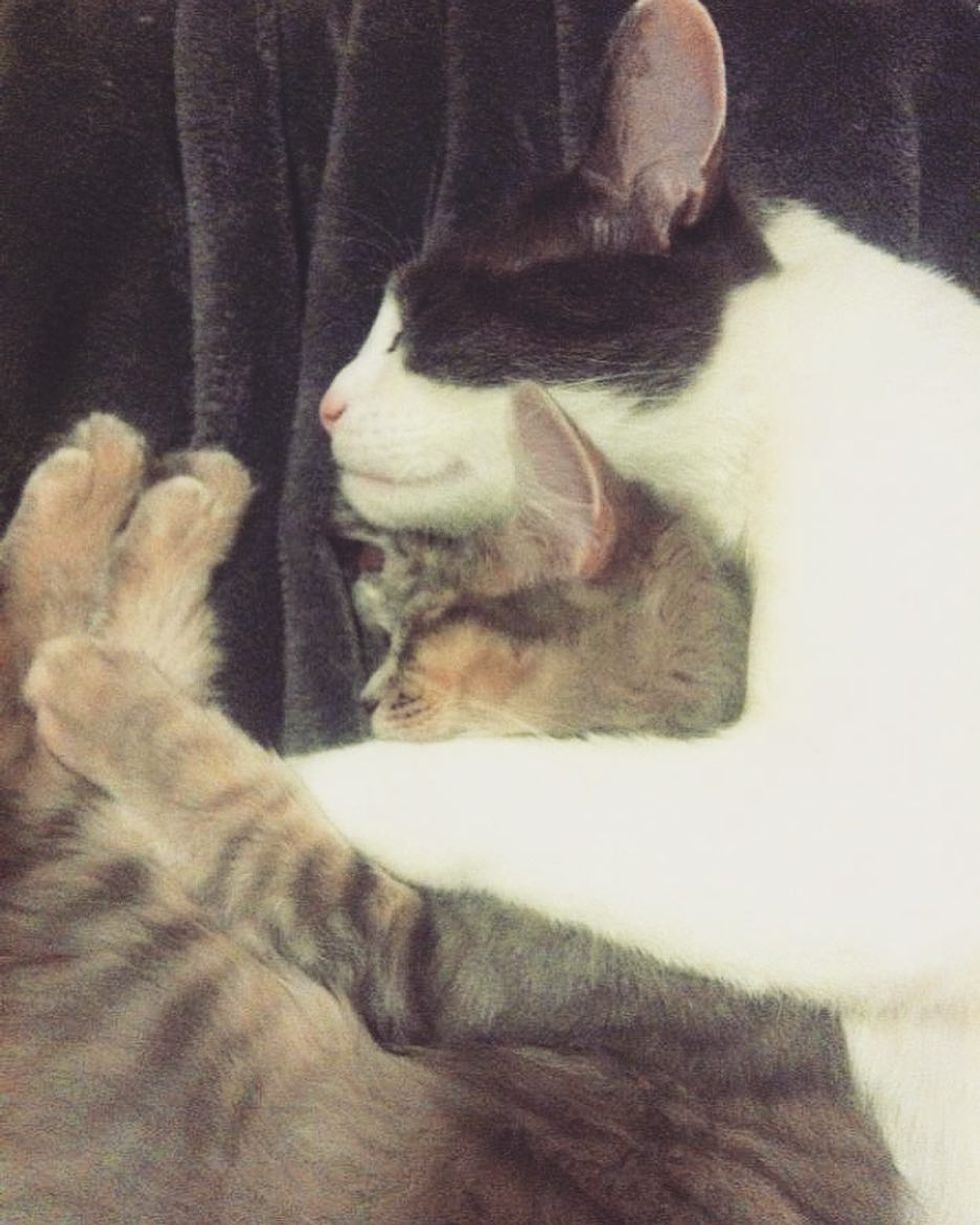 "His heart knows no bounds, and I spend every day watching him in admiration. I am so grateful for his precious soul," Chandler told Love Meow. 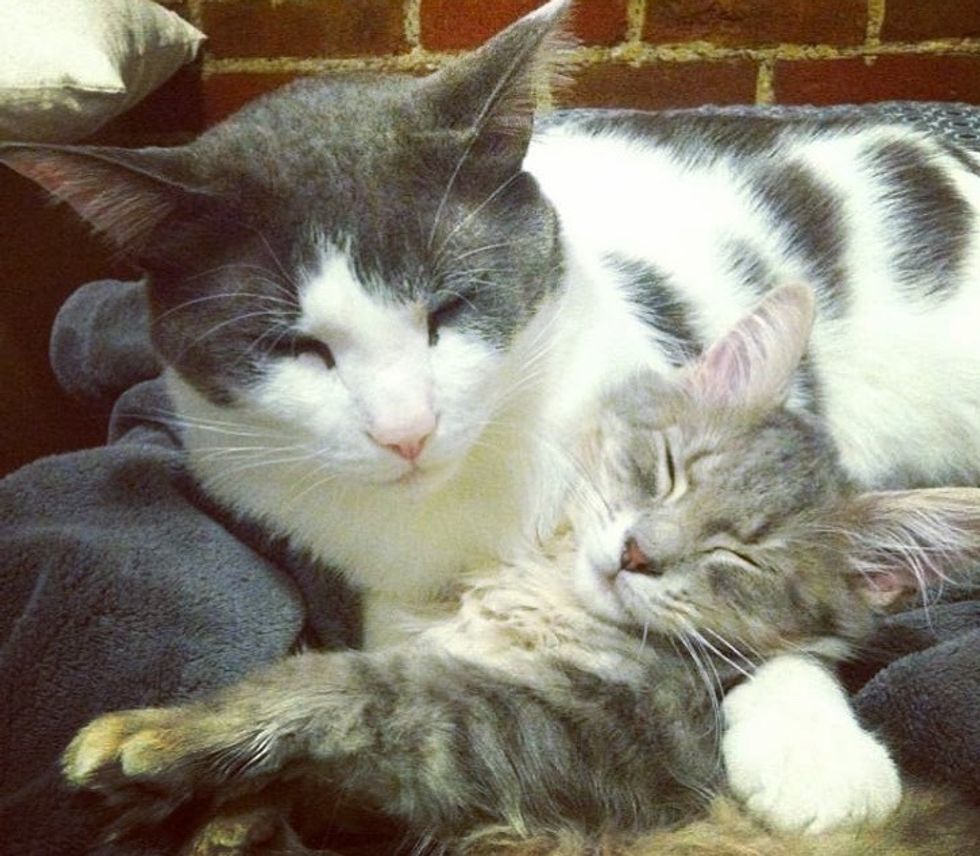