A man broke into a house to get 3 cats out of a mandatory evacuation zone and to the safety of their home.

A catastrophic wildfire has forced all 88,000 residents to flee Fort McMurray in Alberta, Canada. The out-of-control blaze has burned down entire neighborhoods in the area.

The owner of the house was out of town when the wildfire erupted on Sunday. He wasn't able to evacuate his three cats, so he pleaded for help online. That was when a locksmith saw the message and went to the rescue. 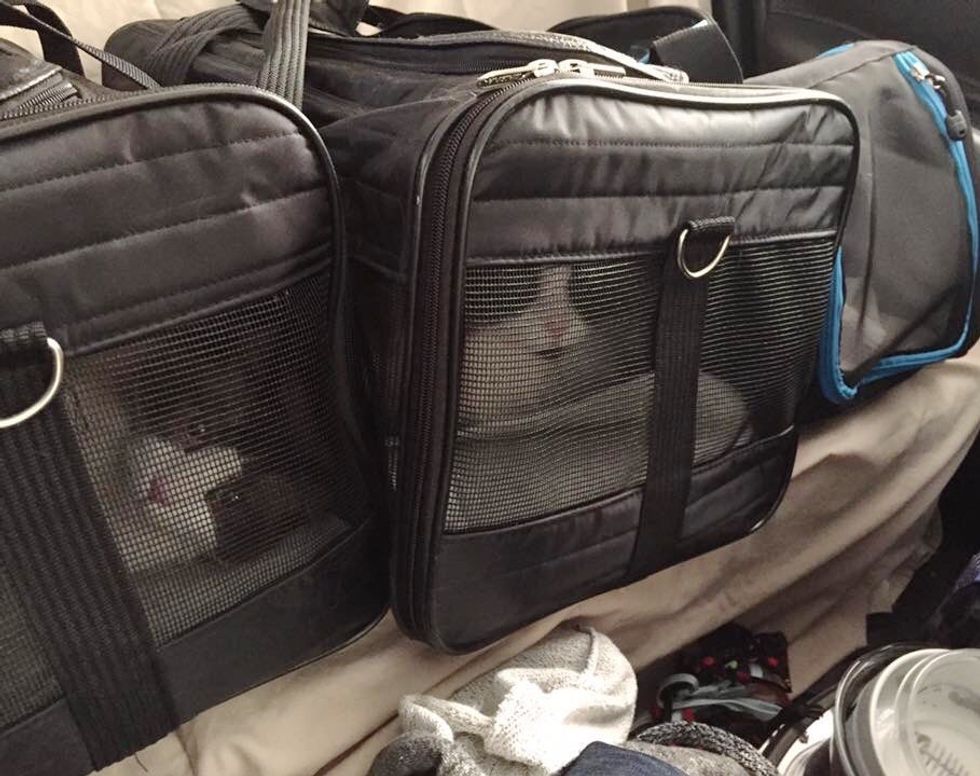 "He was out of town and had nobody to pick them up. He was asking for help on Fort McMurray Facebook page," Chris Inger told Love Meow.

"Being a locksmith I was able to get in and out with no damage, but the fire is constantly spreading, getting closer to his and my own house as well. Hopefully we get the rain we need because it's not looking good right now."

"The cats are safe now, with his brother in Edmonton. The owner is still stuck north of town," Inger told Love Meow.

"I've never owned cats and didn't even think that it would be an issue until the third cat needed to go in. We couldn't find her. Luckily I had my fiancé to help corner her when we found her hiding inside a couch upstairs.

"I figure if he has a nany cam or anything, and his house makes it, he will get a kick out of seeing us running around trying to find this little kitty."

"It's all still very surreal to experience it." 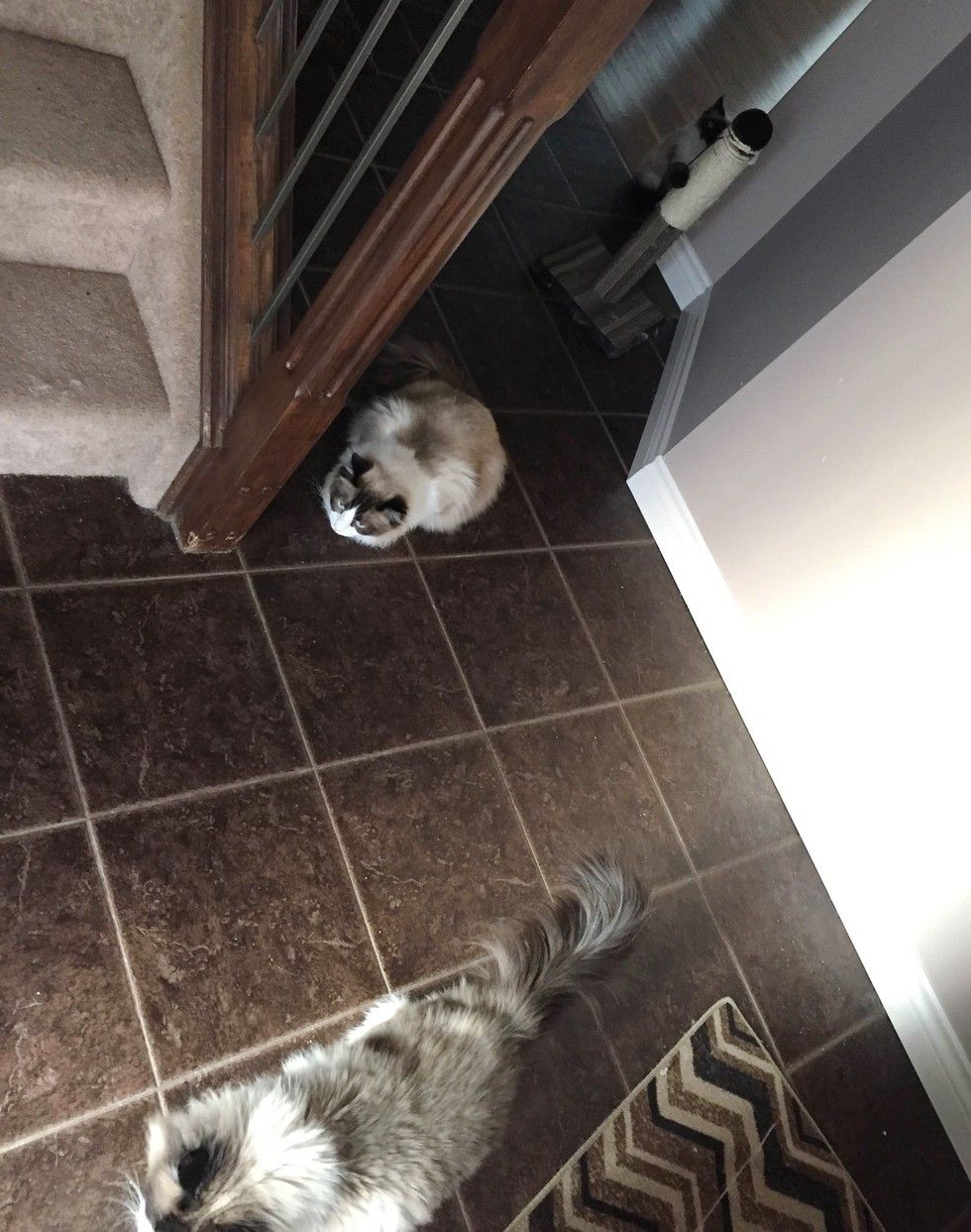 3 cats in their home. One is kind of hiding behind the scratching post.Courtesy: Chris Inger