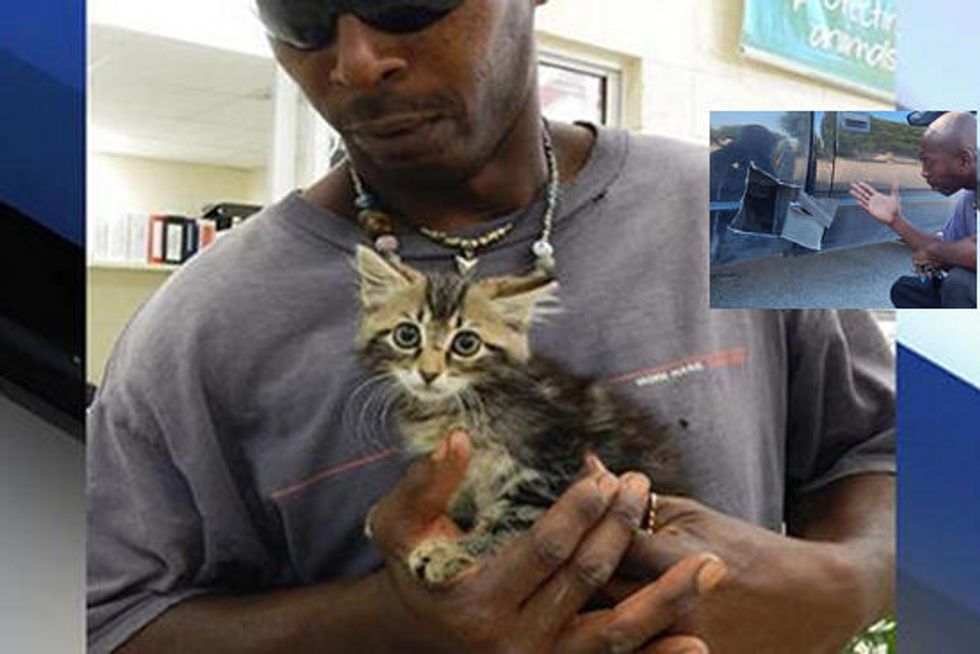 A kitten trapped in a truck was saved in an unusual way. The 50-year-old truck owner cut open his truck to help free the kitten.

Errand Frazier heard meowing coming from his Chevy pickup outside his house. He couldn’t see anything, so he decided to leave a can of cat food under one of the tires and set up a camera to help him find out what was going on.

When he came back to check on the truck, the food was gone, but he couldn’t find anything on the camera, thinking he had lost his mind. But when he went on an impromptu fishing trip, he heard meowing again.

This time he decided to take the matters to his own hands and took out some tools from his toolbox and started cutting back the metal on the side of the truck bed. When he had his truck cut open, it revealed the kitten lodged in the frame under the bed of the truck.

"I seen his little rascal peeking at me. I said, 'What in the world? You hitched a ride!'"

Unable to reach the kitten, he approached the Humane Society of Vero Beach for help. Two staff members Tonya Martinez and Maria Valencia worked together with Frazier to coax the kitten out of the truck and into a carrier.

The kitten is about 8 weeks old and they named her Megan. A week after the rescue, Frazier reunited with the kitten at the shelter. She immediately started purring again in his arms as if she was saying "Thank you for saving me!"

Megan has been adopted and is now living happily at her forever home.

Frazier and his family are all animal lovers. They have a dog and two cats and have rescued stray kittens in the past.

Many people who learned about Frazier’s story offered to pay for the cost to repair his truck. The family was touched by the outpouring support as they never thought about repairing the truck since they knew they couldn’t afford the cost.

"We really never expected all of this, to be honest, but God does blessings every day. That’s the reason that little kitten just showed up here - because God knew we would do whatever we needed to do to make sure the kitten was safe."

Errand Frazier saved this tiny kitten by cutting open his own truck. 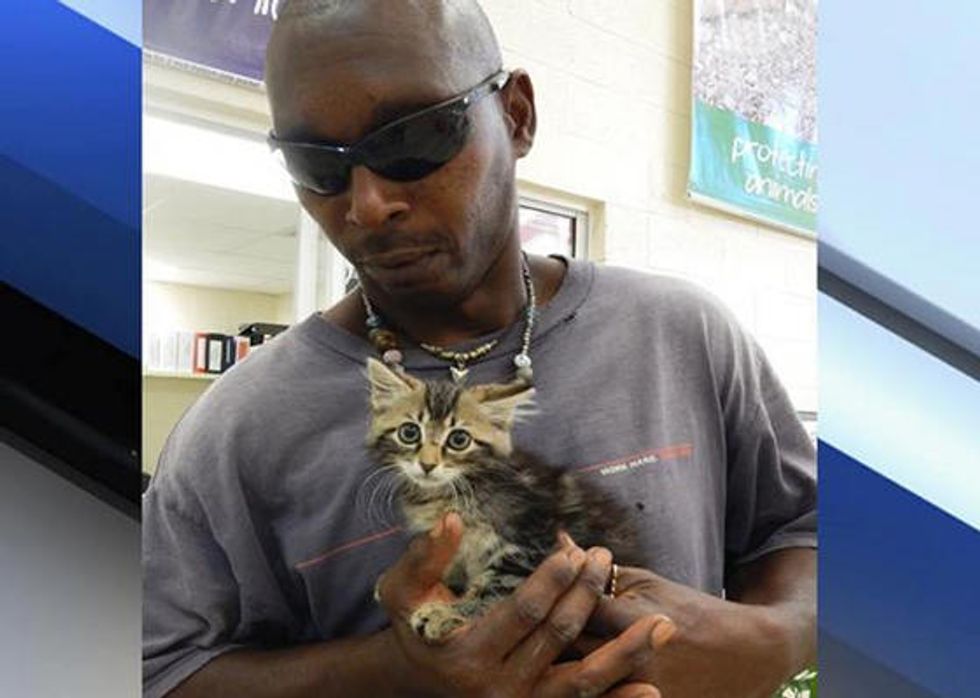 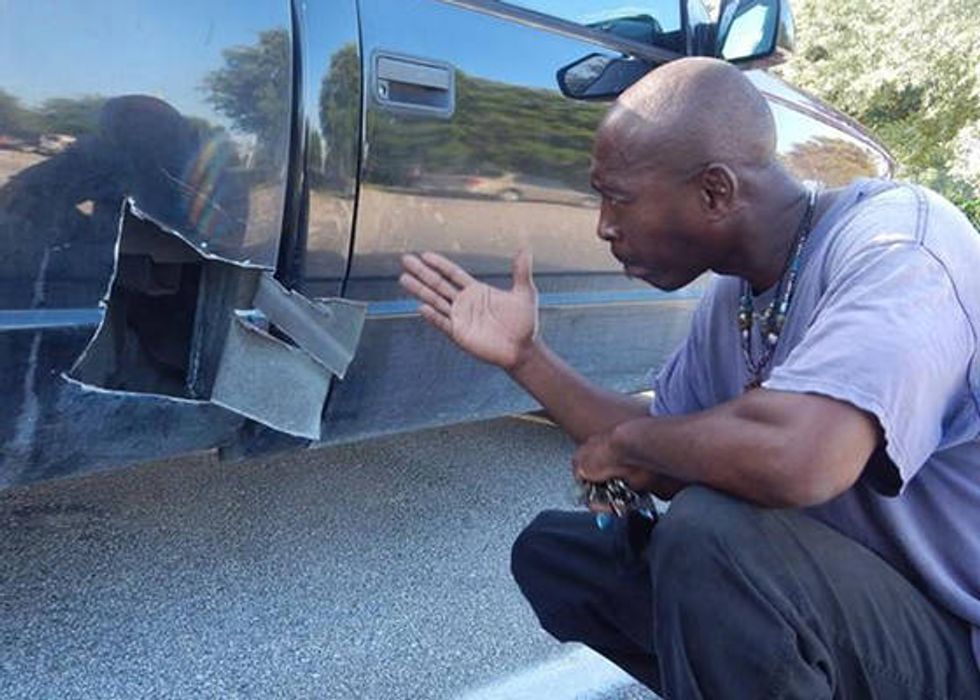