Men Find Half Frozen Kitten Meowing for Help on Highway and Rush to the Rescue...

Two police officers were patrolling highways on a bitter cold day when they spotted something they thought was a block of ice, but realized it was an animal crying for help. 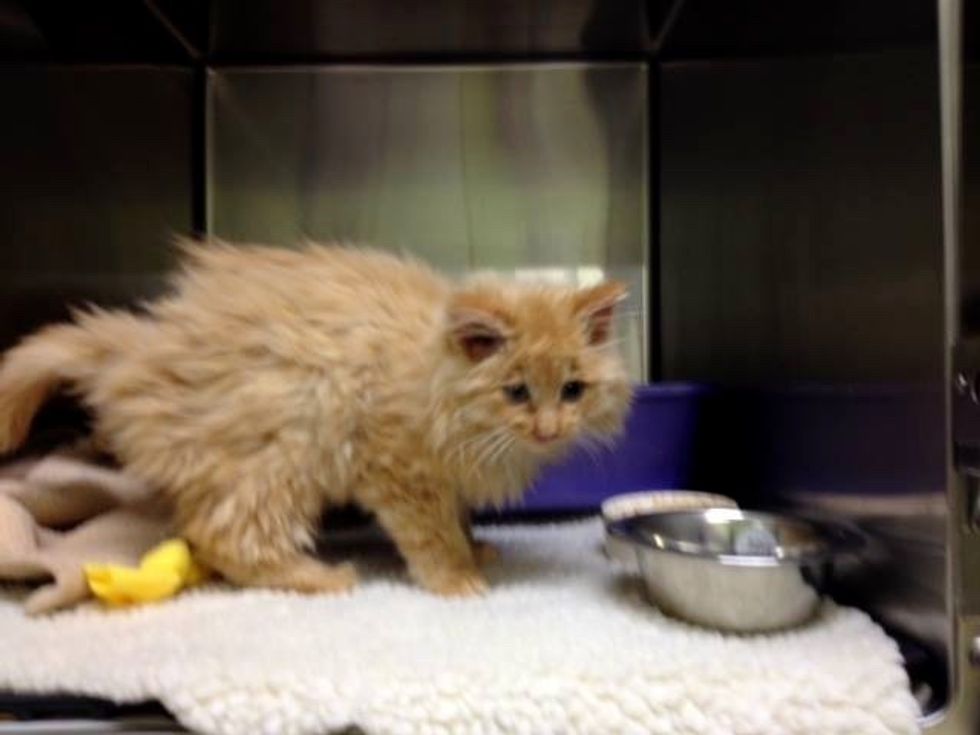 On Tuesday morning (March 7) in Weyburn, Saskatchewan (Canada) two RCMP officers, Cpl. Sean Chiddenton and Const. Ryan Oram, were patrolling highways during terrible weather when they spotted something on the road at the last second and swerved around it.

They thought it was a chunk of ice that had fallen off a semi truck at first, but realized the frozen bundle looked like an animal.

Oram backed up their vehicle so they could look at what the object was. "The partially-frozen lump stood up and started walking towards (Oram). It was a small orange kitten nearly frozen," Chiddenton said.

It's believed that the kitten was somewhere under a car trying to stay warm from the rigid cold. "When the vehicle drove away he possibly was still in it and at some point he either jumped or fell out onto the highway. Traffic was going slow. The wet blowing snow stuck to him right away." 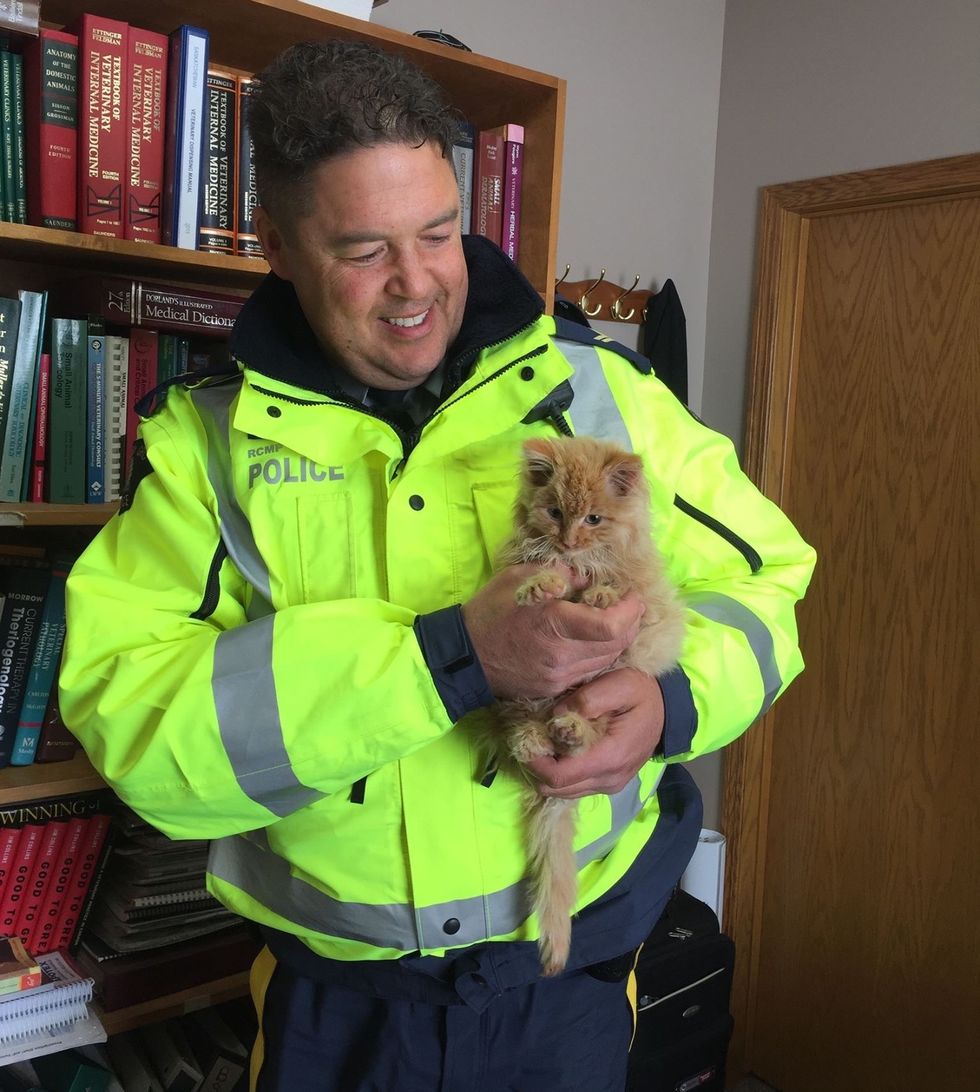 The kitten could barely move but was using the little energy left in him to meow for help. Oram picked up the kitten and brought him into their truck, and they drove off to Prairie Animal Health Centre to get the little buddy the help he desperately needed.

"Kitten was about 4-5 months old very skinny. When he arrived at the clinic he wasn't moving and was crying. We did several warm water baths and fed him warmed canned food slurry, and by lunch time he was walking around," Prairie Animal Health Centre told Love Meow. 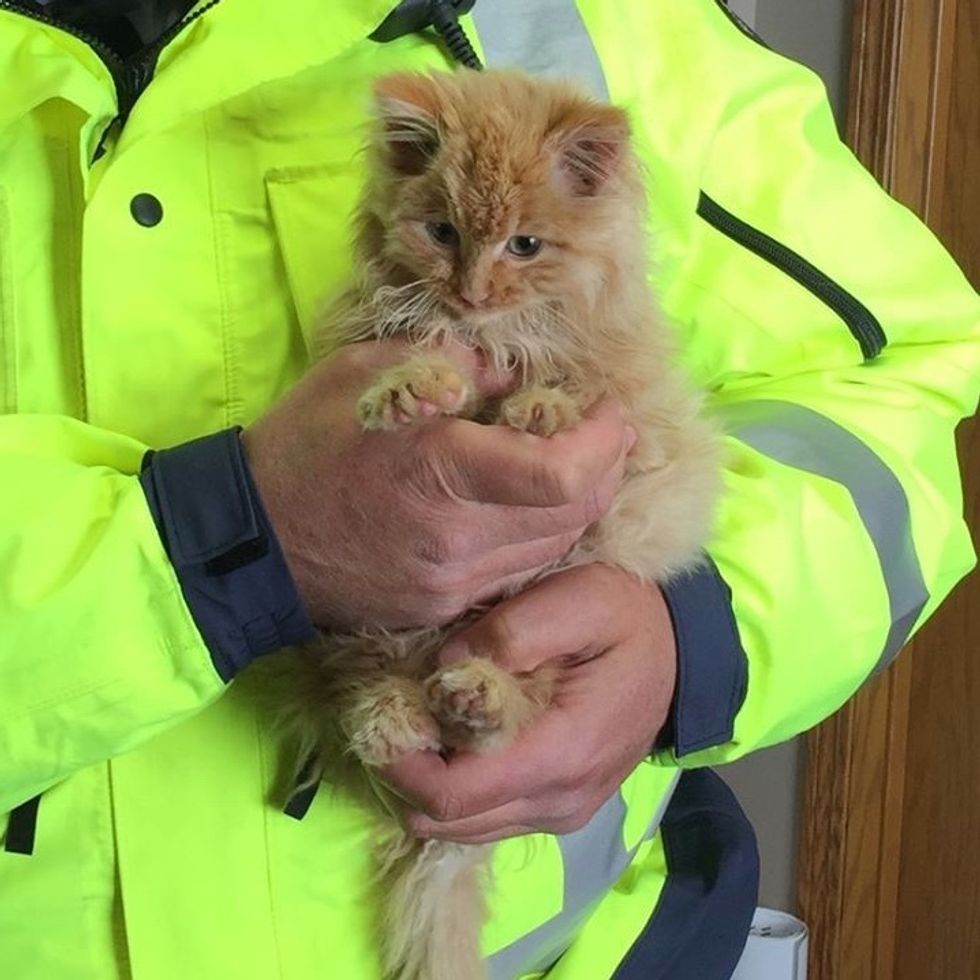 With a bit of love and care, the kitten bounced back and couldn't wait to play and cuddle with the staff there.

Later that afternoon, one of the kitten's rescuers stopped by to see how the little fluffy kitten was healing. Much to his surprise, he was greeted by a very playful and vocal little bundle of fluffy joy. 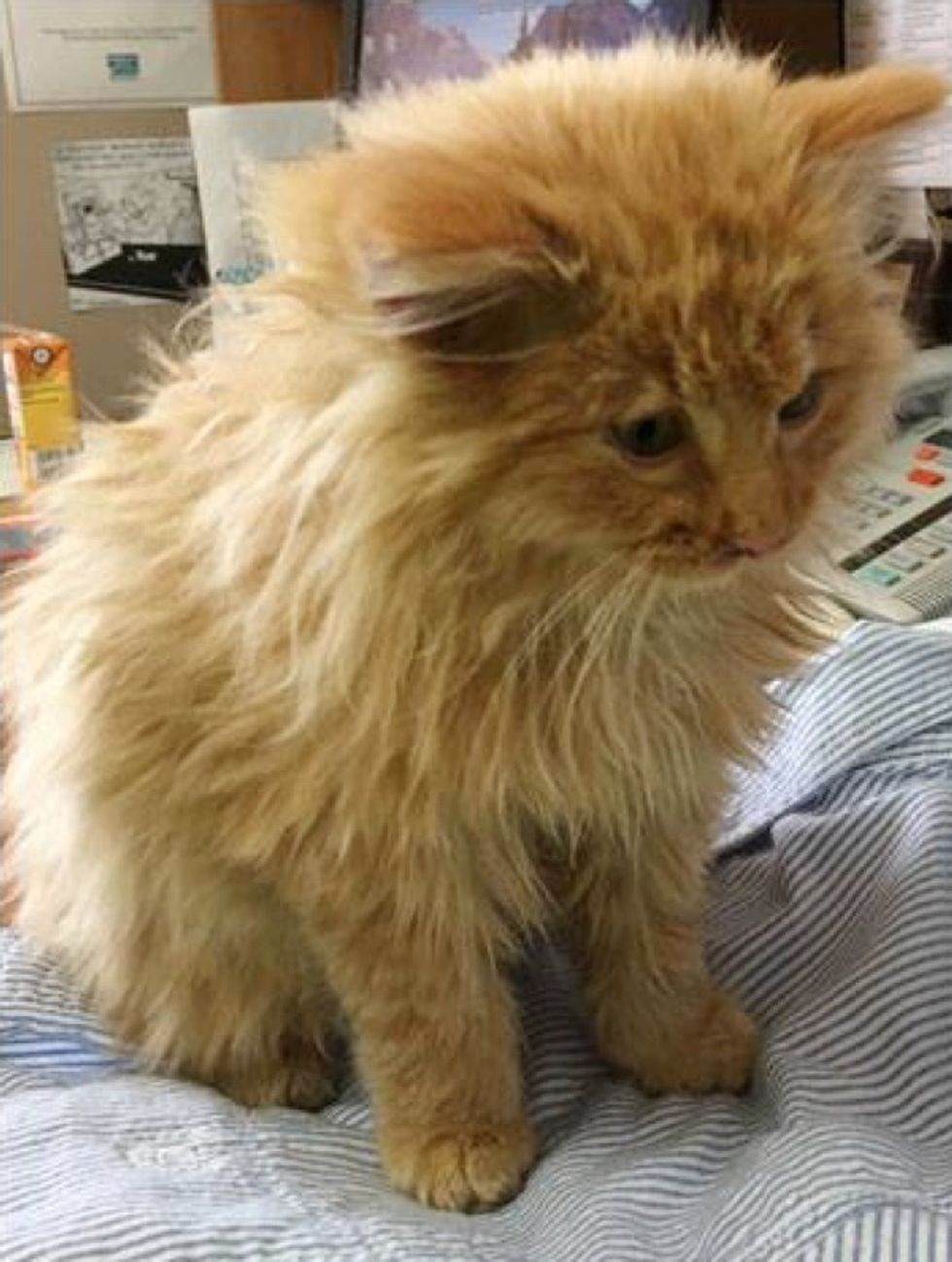 "I checked in later to see what happened and was happy to see the little guy was alive and alert and meowing away," Chiddenton said.

They named the little guy Ambrose, and he stole everyone's heart at the clinic. "He is doing great and one of the Dr's here at the clinic adopted him," Prairie Animal Health Centre told Love Meow. 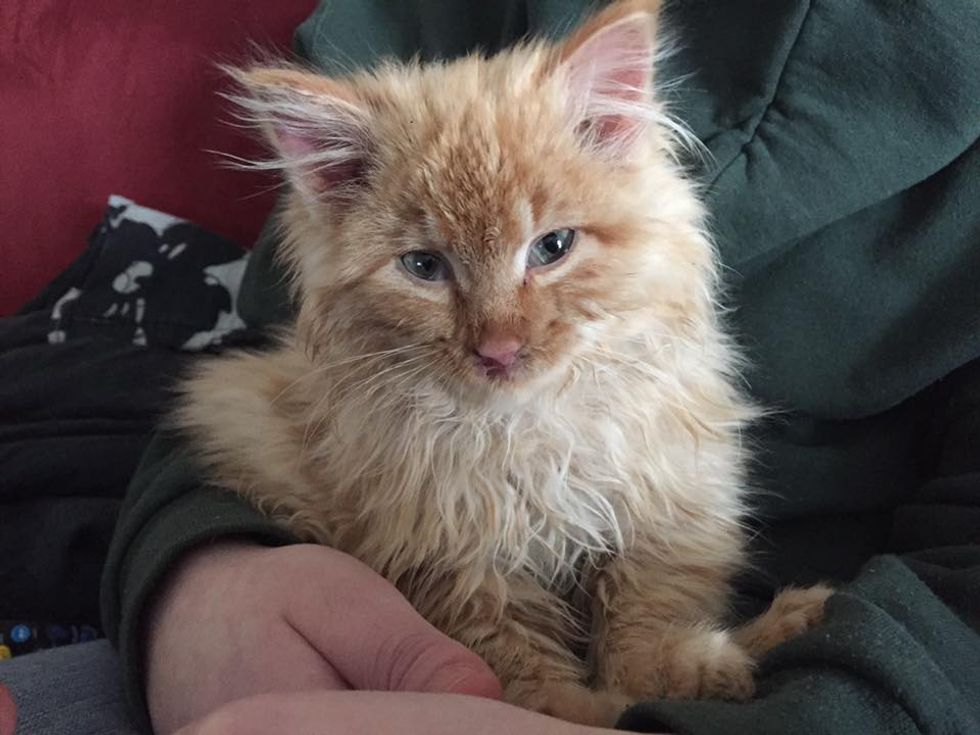 Related story: Men Save Kitten Frozen in Snowbank and Bring Him Back to Life