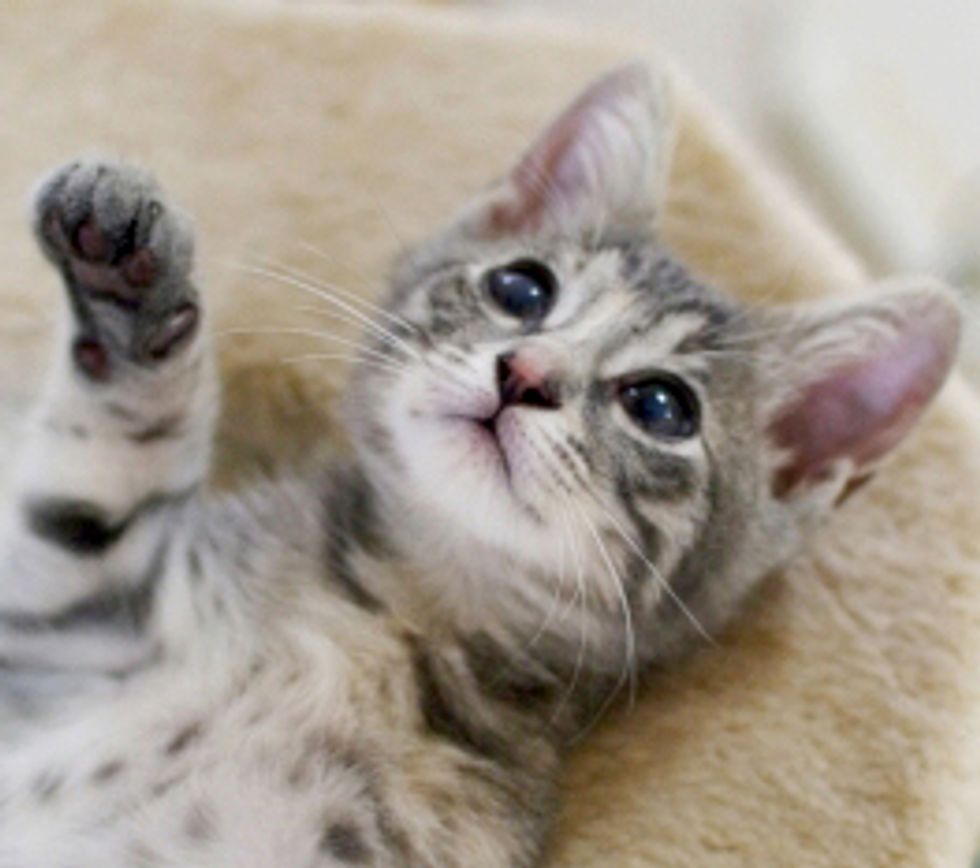 Miku is a very talkative kitty who talked her way into a loving home. When she was found, her voice caught the rescuer's attention. She was not resisting at all when she was picked her up from the street but she surely did not keep quiet throughout the trip home.

She and Choko the tabby really bonded. Choko was fostering her when their human mom was not around. She was like a mother to Miku. When the two met for the first time, they exchanged a few swats and nose kisses, but soon after that it became all fun and love. Choko is also a rescue, so to her it was her way to give back.

Miku is a little squeaker who loves to call for attention with her cute squeaky meows. She has two large ears that are constantly turning. You know she'd make a great hunter when you see the way she jumps to catch a feather wand. She is crazy about getting her "prey" and would use all her might to snatch it.

Today Miku is around 7 months old, bigger and stronger. She is very spoiled and loved by everyone at her forever loving home.