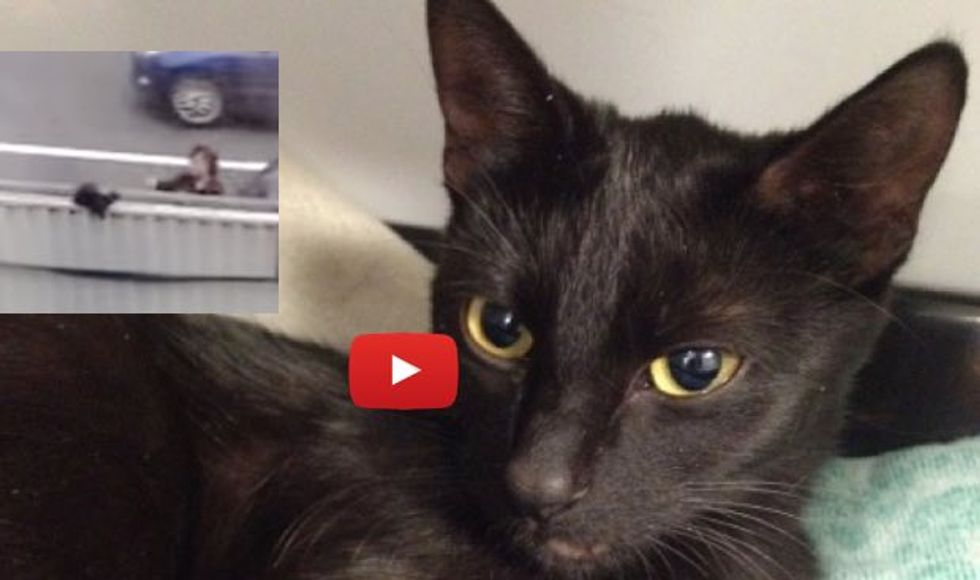 A cat was perching on barriers along the Hammersmith flyover in west London, UK., desperately crying for help. Nearby office workers spotted the terrified cat about to fall from the elevated section of the busy London artery after the kitty was unable to escape from the traffic rushing past her.

When Leon Gaskin, Sara Persad and Breda O’Mahon spotted the cat out their office windows, they quickly prepared a towel and a cardboard box and were on their way to the rescue. They pulled in on the bridge, got off the car and managed to get the kitty into the box. (Blue Cross)

"When we saw the cat in such a dangerous situation we knew she needed to be rescued quickly before she fell or was hit by a car," Leon said. "We were worried we might scare her when we got up there but luckily she was happy to come with us."

The cat now named Bridget is recovering at the Blue Cross animal hospital in Victoria, London, UK. She’s been treated for a few scratches but other than that she's doing very well. "Bridget is very lucky to have been spotted in time. It could have been so much worse. Bridget is a friendly and trusting little cat, who thankfully has survived her terrifying ordeal pretty much unscathed."

Share this story and help Bridget find a forever home.