An itty bitty kitty was spotted in an apartment complex without a mother or siblings in sight.

The kitten was hungry and in need of a lot of TLC. When a kind-hearted woman saw the fur baby at the shelter, she immediately offered to foster her. 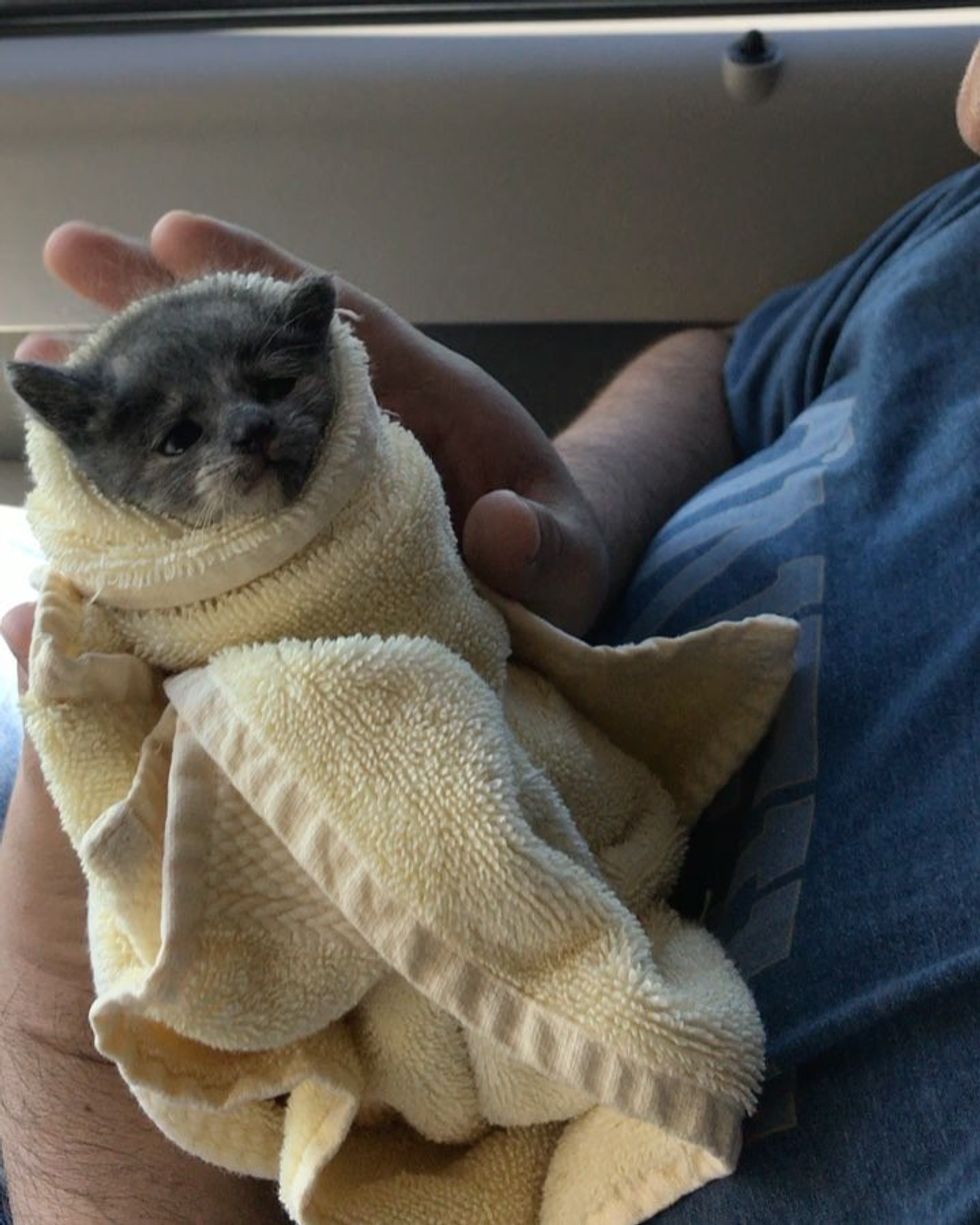 On May 23 a security guard in an apartment complex found the tiny kitten who was covered in filth. He couldn't find the mother cat, and the kitten was in need of help, so he put her in a carrier and brought her in to Nevada SPCA that afternoon.

"I saw him come in and drop off this filthy carrier. He handed it to the staff with the precious baby inside. She was severely dehydrated and malnourished," Nikki, fosterer of Nevada SPCA, told Love Meow.

Nikki, an experienced fosterer, knew right away that the little furball needed around-the-clock care and a lot of TLC. Before they even opened the carrier, she told the shelter that she wanted to her.

As soon as Nikki held her in her arms, the kitten was hooked! 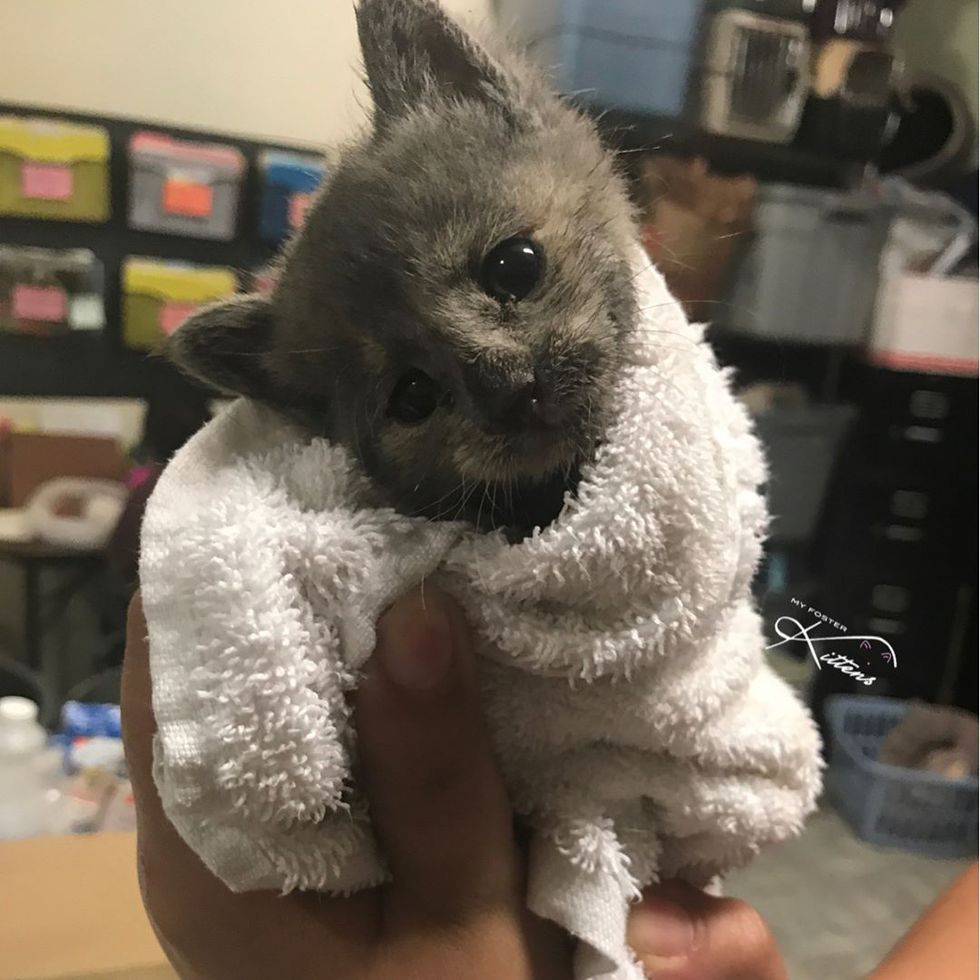 The 3-week-old kitten was very scrawny and tired. Nikki could feel her bones grinding when she picked her up because she was so thin. After a much-needed bath, a full meal, Punky curled up in a blanket and fell asleep in Nikki's lap.

The sweet kitten was orphaned at a very young age. She constantly craved attention and companionship. 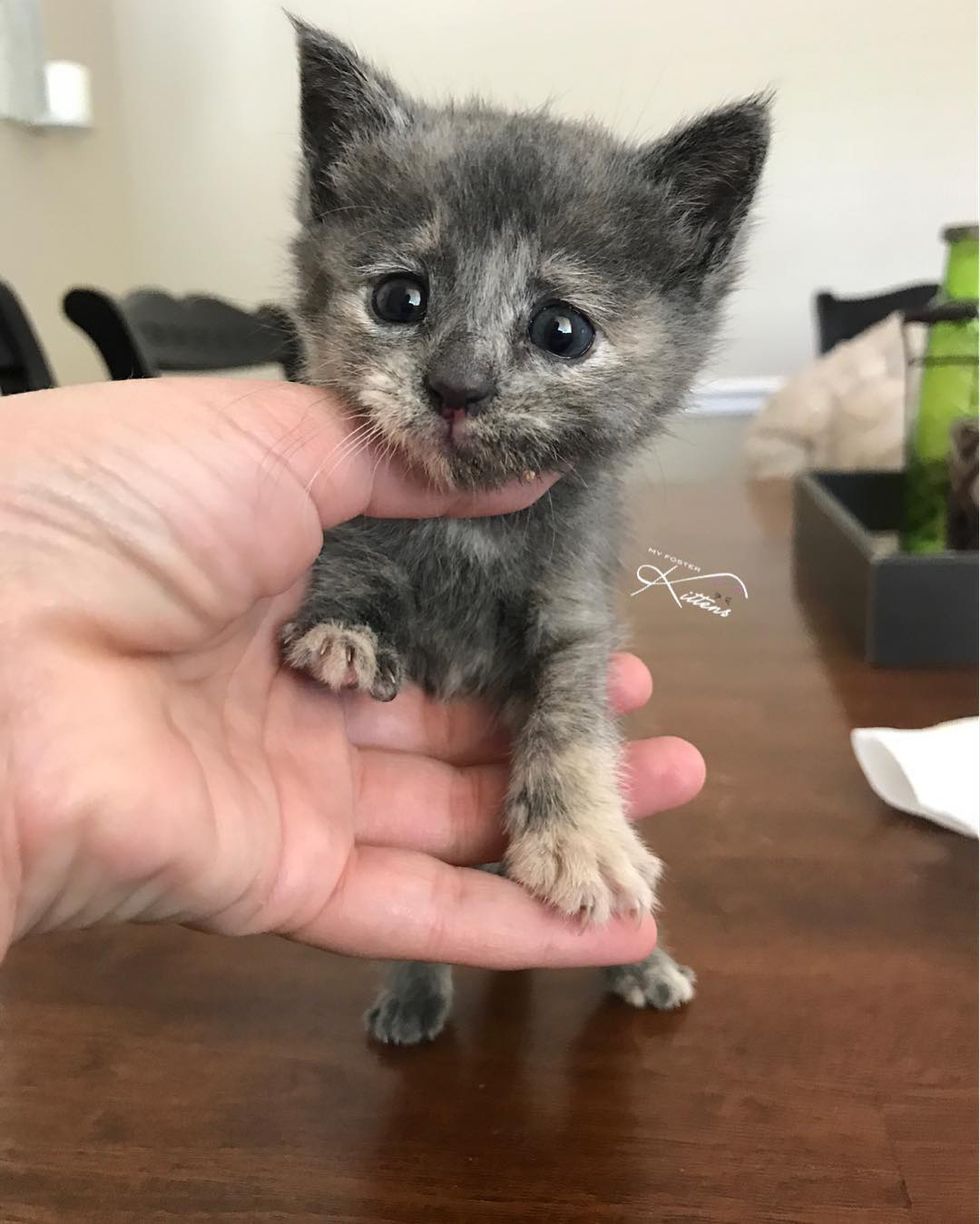 So Nikki brought her a "faux" mama to snuggle with whenever she needed a cuddle. The "mama" was equipped with a device that simulated heartbeats. The sound was very soothing and comforting to the kitten.

"Baby Punky liked to sleep under her 'mama'." 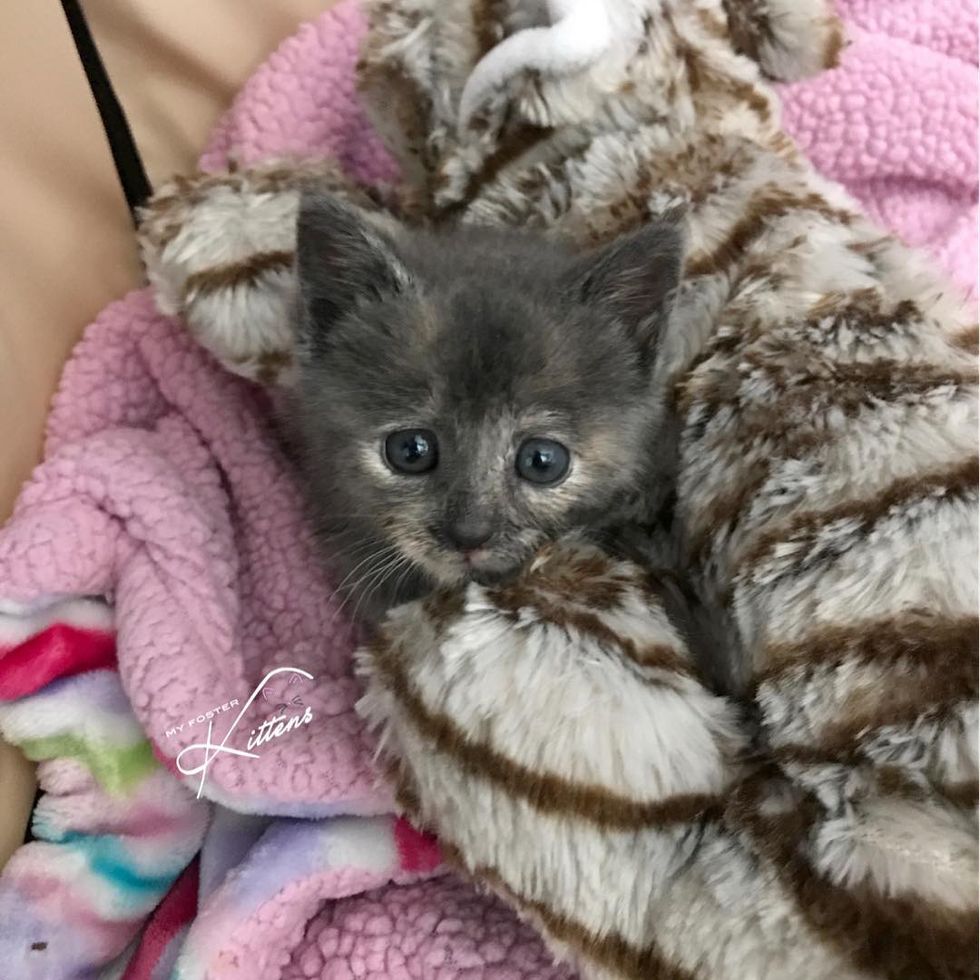 Nikki fed her around-the-clock with a syringe until the kitty could eat wet kitten food on her own. Punky was such a champ at meal time, and she always finished her food.

In just a few weeks, Punky learned to eat like a big kitty. She was so proud! 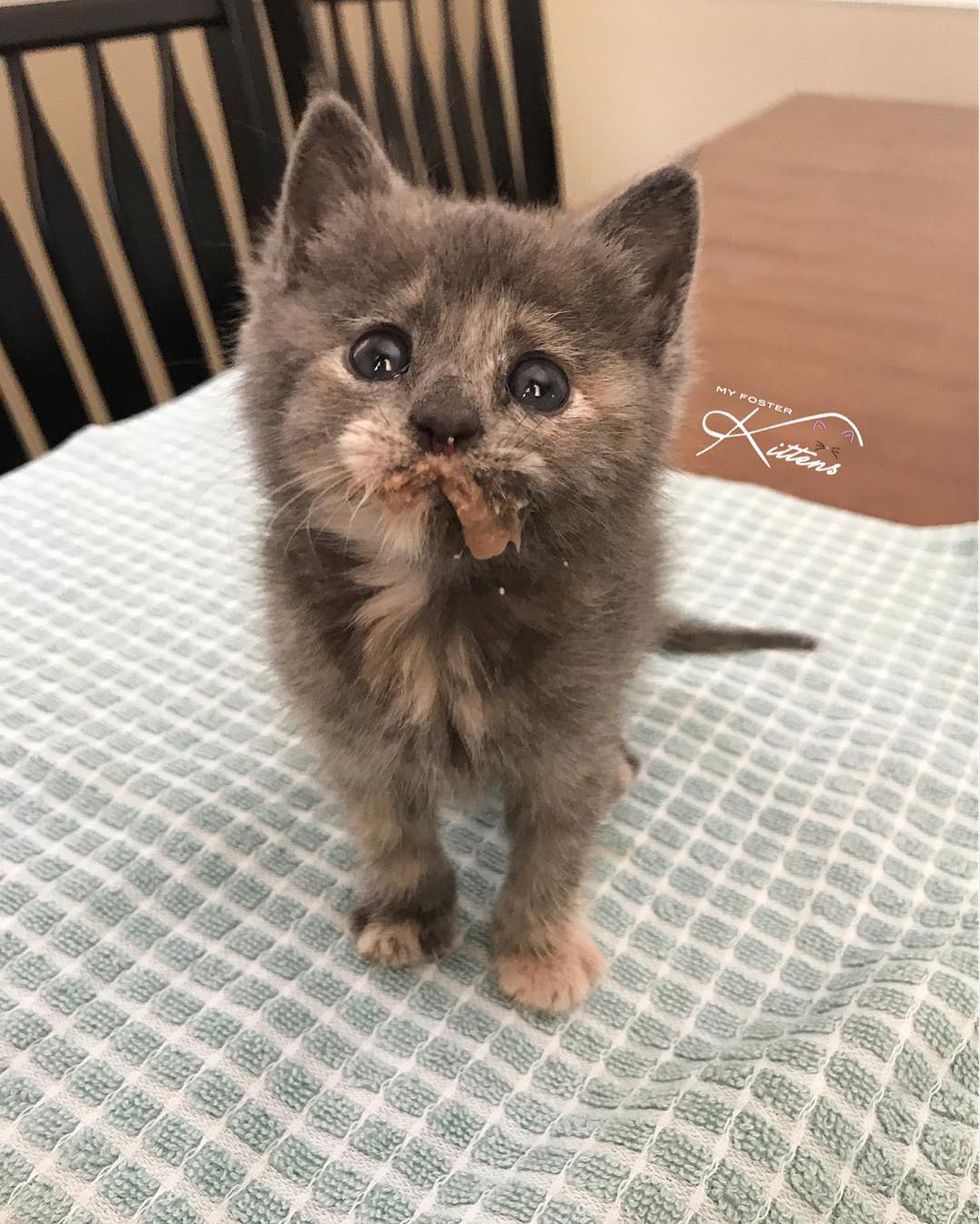 Punky loved to snuggle in the little pouch on her foster mom's shirt so she could continue her cuddlefest wherever she went. 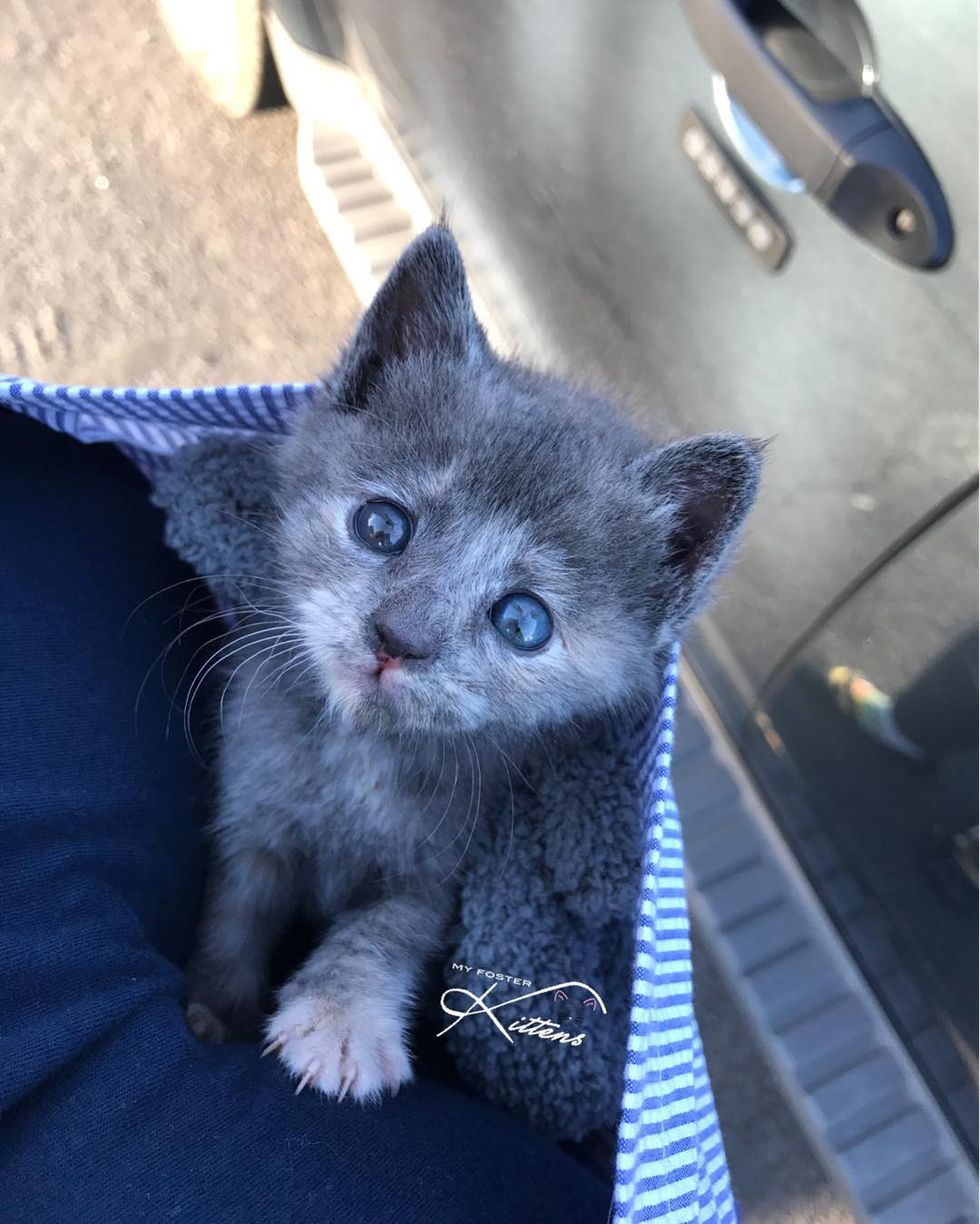 Punky weighed in at 1 lb. 4 oz. a month after she was rescued.

She was thriving at her foster home! 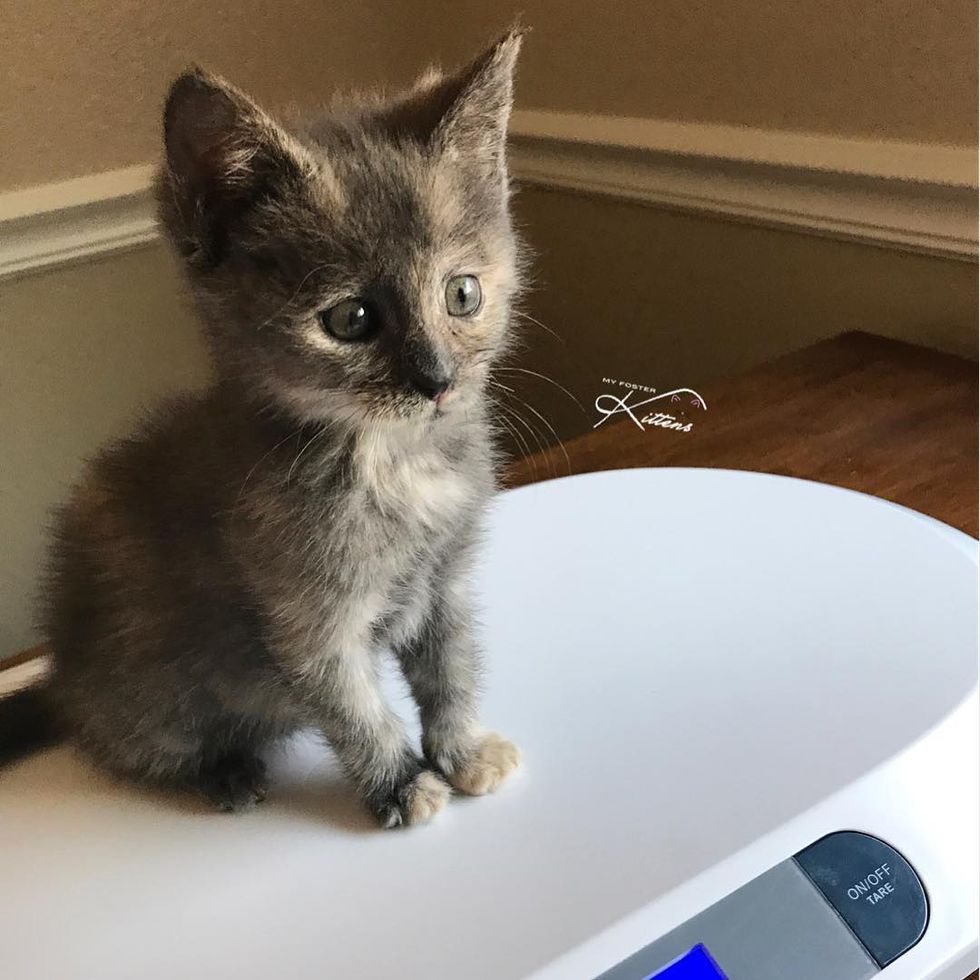 "She grew up to be a playful happy kitten and was recently adopted by her new mom who lives in Oregon so she made the trip from Las Vegas to Oregon," Nikki told Love Meow.

The sweet girl also got a new feline sister, Tia, who took her under her wing. In just a week, they have become bonded friends! 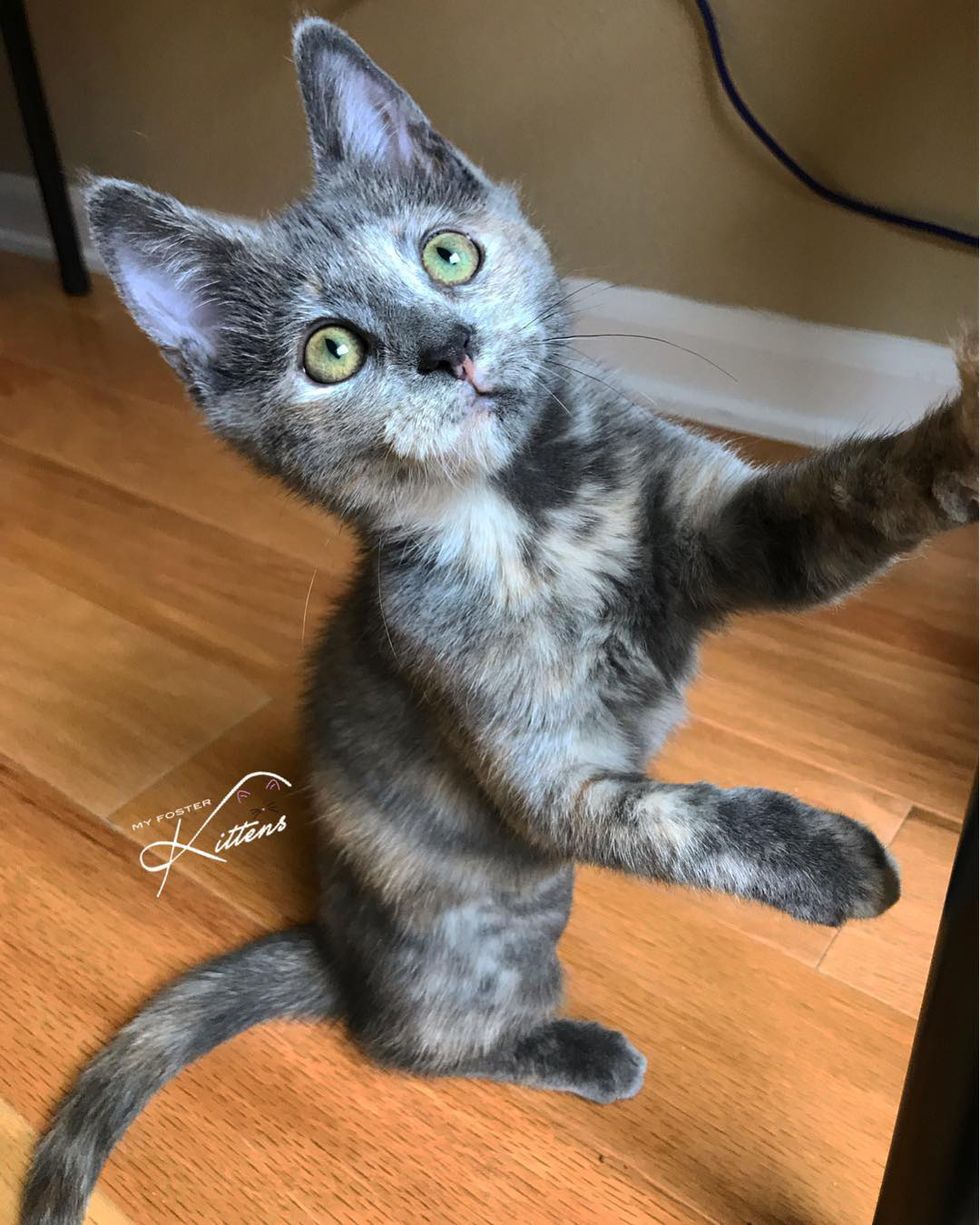 "Once alone outside at an apartment complex and dropped off at the shelter in a filthy box, starving and dehydrated...now look at her!" 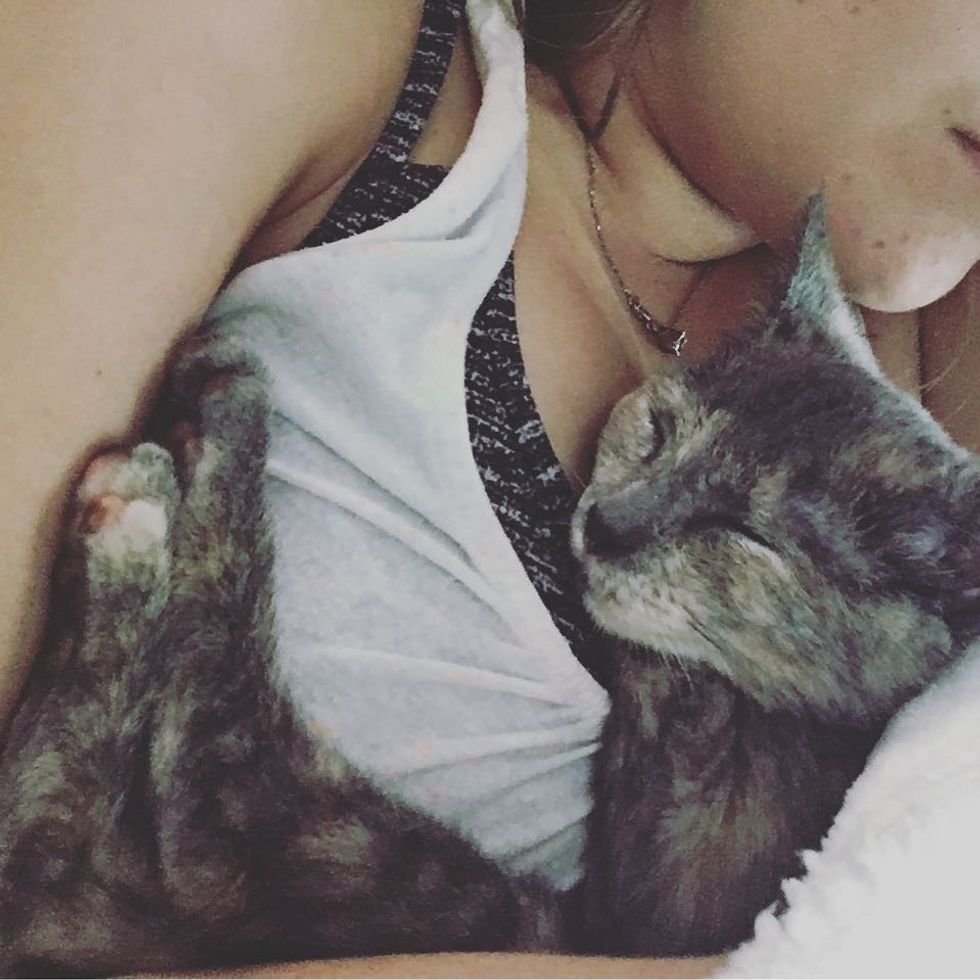 On the day they picked up Punky from the shelter.

Foster dad comforted his little purrito while they were on their way home.

At her forever loving home... Punky the lovebug!