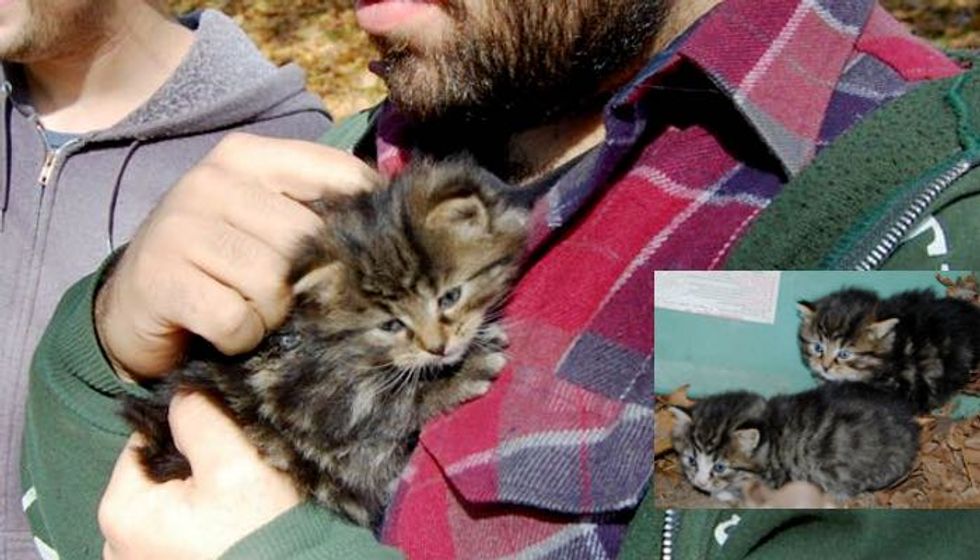 Orphaned Kittens Hiding Under a Boat Saved by Dog and Campers

Two orphaned kittens were saved by a dog and a group of campers one weekend. The dog started running around a boat and just kept whimpering.

She went in to investigate more closely and found two tiny kittens, hiding under the boat all by themselves. As soon as the guys helped uncover the kittens, the doggie's motherly instinct kicked in, and she began to groom the kittens.

"We waited around for the mother for quite a while. There was no sign of her," one of the guys said on reddit.

Worrying that the kittens wouldn’t make it through the night as the weather was getting cold, they took the kitties to the vet and two men offered to give the little ones their forever homes. "My friends who are holding them in the pictures are keeping them."

Two tiny kittens were found under a boat.

They were a bit scared.

The dog's motherly instinct kicked in, and she started licking them to calm them down.

It was getting cold and the mother cat was nowhere to be found. They knew they couldn't leave the kittens there.

Cuddling with his forever human!