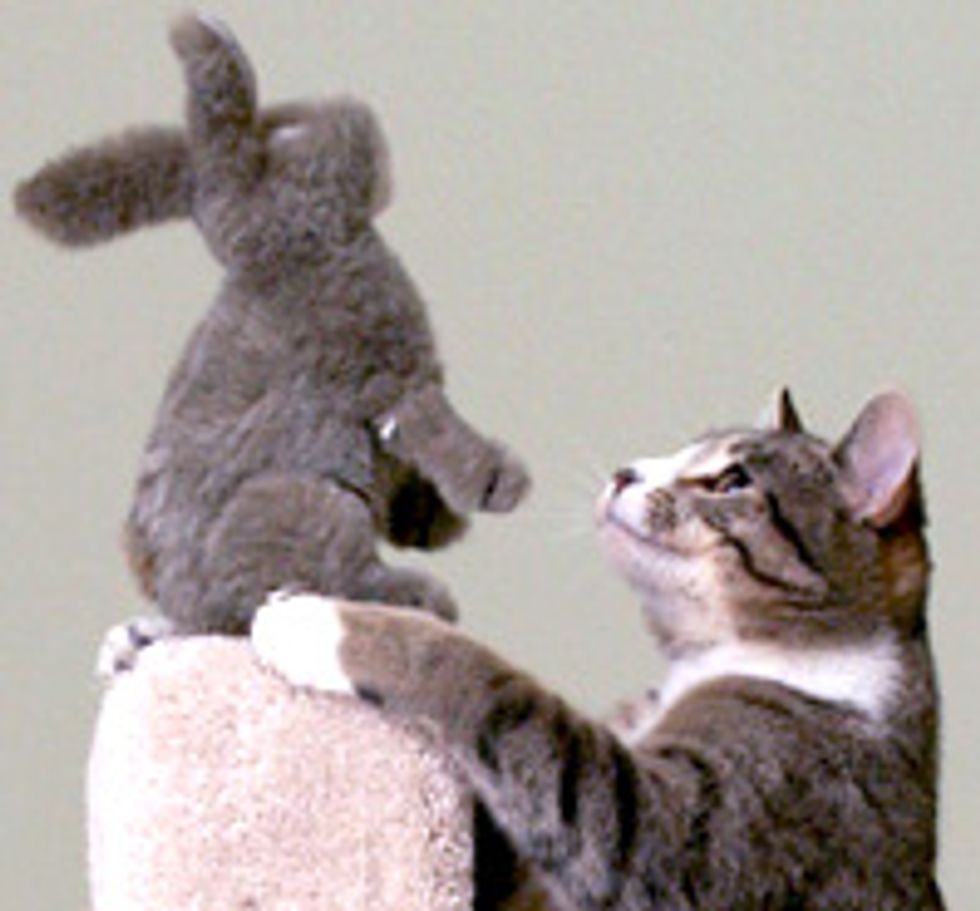 Ozzy the Cat and Her Tolerant Bunny

Ozzy had quite a story when she first came to her new home. The little tabby was very vocal and would not come out from underneath the futon for several hours. "Every time we went to the kitchen to refill our coffee cups, she'd start mew mew MEW...," said Dave. It got louder and louder as she went.

As soon as they came back to the couch, she calmed down. Every time they moved away from the futon, she cried in agony. When Dave and his family tried to pet her, she slid back further under the futon. "What finally got her brave enough to come out from her bunker was the smell of ground beef on the frying pan. Then it was... come four feet into the kitchen and then Shazam! back to the bunker... come back to the kitchen and check out the chair... Shazam! back to the bunker. Then suddenly, she demanded a complete escorted tour of every inch of the house. She would stand at the threshold of a room and cry until you walked in there with her. This went on until the last closet door was finally opened unto her" Dave wrote.

Ozzy is a very loved and spoiled kitty who has all kinds of toys. "Ozzy probably has $200 worth of toys, and she plays with a shopping bag and a rubber band... The joys of having a cat," Dave wrote.

Out of all the toys she owns, the bunny is her favorite. It's her little wrestling buddy who'd tolerate all her antics.

Daisy the Happy Kitty and Her Buddies