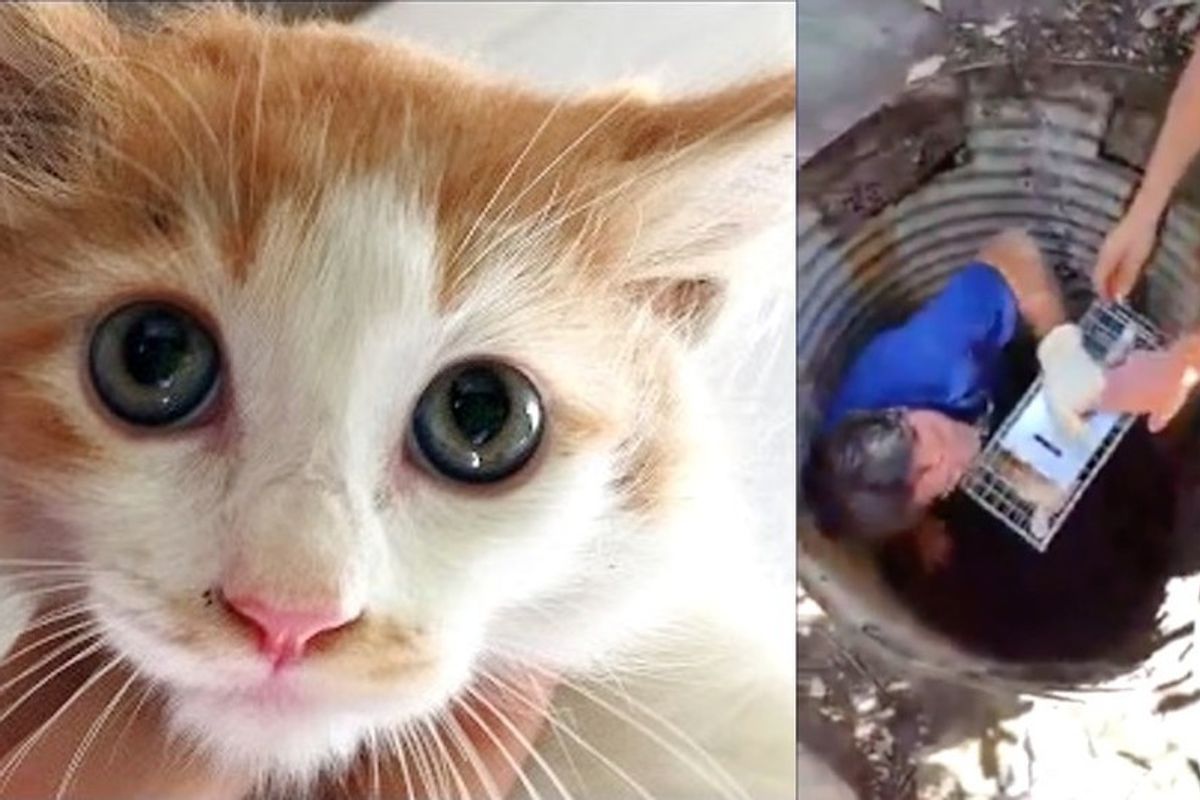 A tiny kitten found herself in a very precarious situation but a whole bunch of people banded together to save her!

On June 28, a kitten was found in the bumper of a van in Corona, California. While several good Samaritans were trying to get her out, she jumped from the bumper and landed on a storm drain grate, then fell into a 7 foot hole.

"Animal Control and the Fire Department were called but the people were told there is nothing they could do," Sierra Pacific Furbabies said.

David Loop and volunteers from Sierra Pacific Furbabies (Mira Loma, California) were alerted about the situation and quickly came to the scene. "A rescue effort was launched to try and get her out but she retreated into another pipe just 24 inches in diameter."

They put a trap into the hole with sardines to try to entice the kitten out of her hiding spot. Then they found another manhole 350ft away, and used a radio controlled car to try and get her to the other end where a trap was in place.

Four days were spent trying to rescue the kitten, but the tiny fur baby refused to come out on her own. [Scroll down for video]

On Saturday, they knew they had to get her out!

They found Megan Welch, a young energetic and very limber animal rescuer who came to the scene and went into the pipe to get the kitten.

After 96 hours in the drain pipe, the kitten was finally pulled to safety unscathed.

The kitten was very frightened after the rescue but Megan spent time to comfort her and showed her love. Slowly she began to turn around and even let her rescuer pet her.

Megan knew there was one thing left to do.

They named the kitten Cali and she was adopted by her rescuer, Megan.

Cali cuddling with her rescuers and forever human.

"Cali is doing fantastic! She's been to the vet and received a check up and she is in good health," David Loop, founder of Sierra Pacific Furbabies, told Love Meow