Runty Kitten Last to Be Adopted Blossoms into Loaf of Floof...

He was the runt of the litter and the last one to go home, but the tiny bite-sized kitten has blossomed into a loaf of floof.

Winston was the tiniest kitten in his litter. After all his siblings had found their homes, he was still waiting until a couple came to him.

"Surprisingly he was the runt of the litter and the last one to go," reddit user MilkChugg told Love Meow.

They took Winston home that day, but little did they know that their tiny feline friend came with some serious floofy potential.

In the months that followed, as Winston got bigger his fur coat became thicker and puffier. 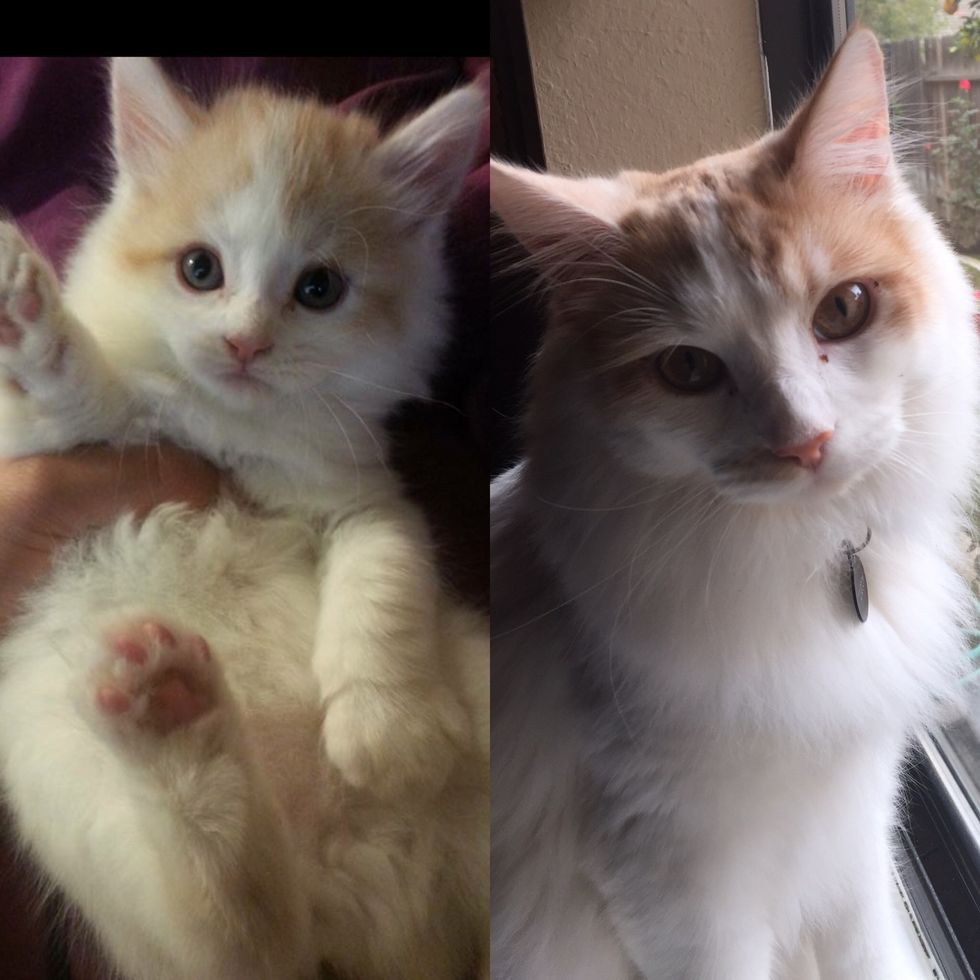 He grew to the size that made him fit perfectly in the bathroom sink with his fluffy tail sticking out. 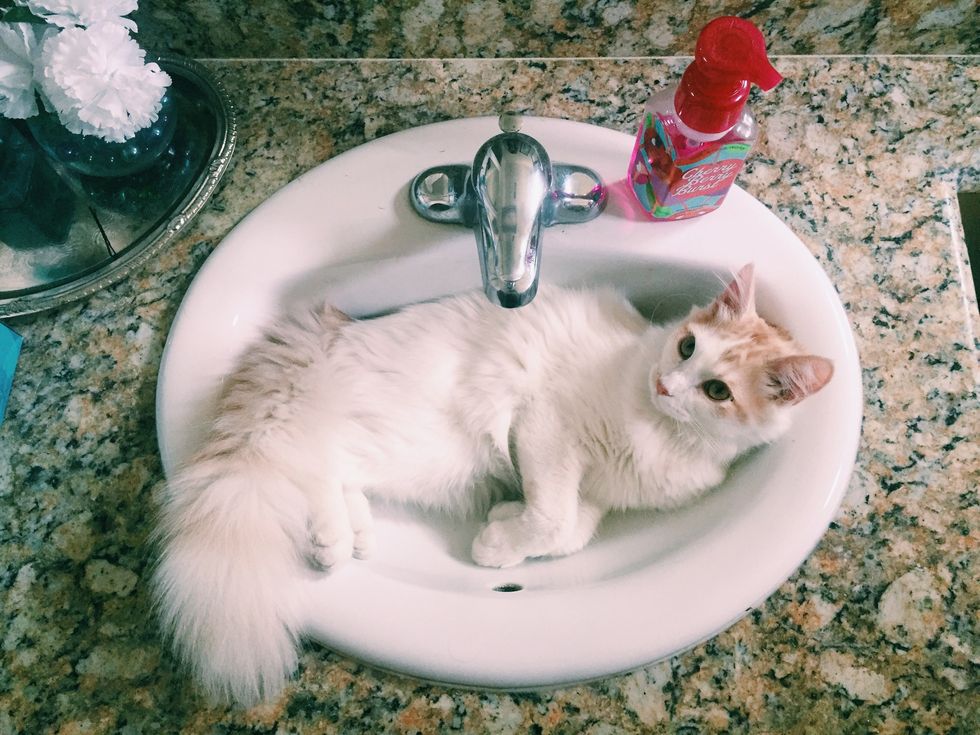 "He's really clingy, curious, and rambunctious. Even a bit of a trouble maker at times. He's really sweet, really soft, and loving (even though he wouldn't admit it)."

Winston wanted to be their best Christmas gift ever! 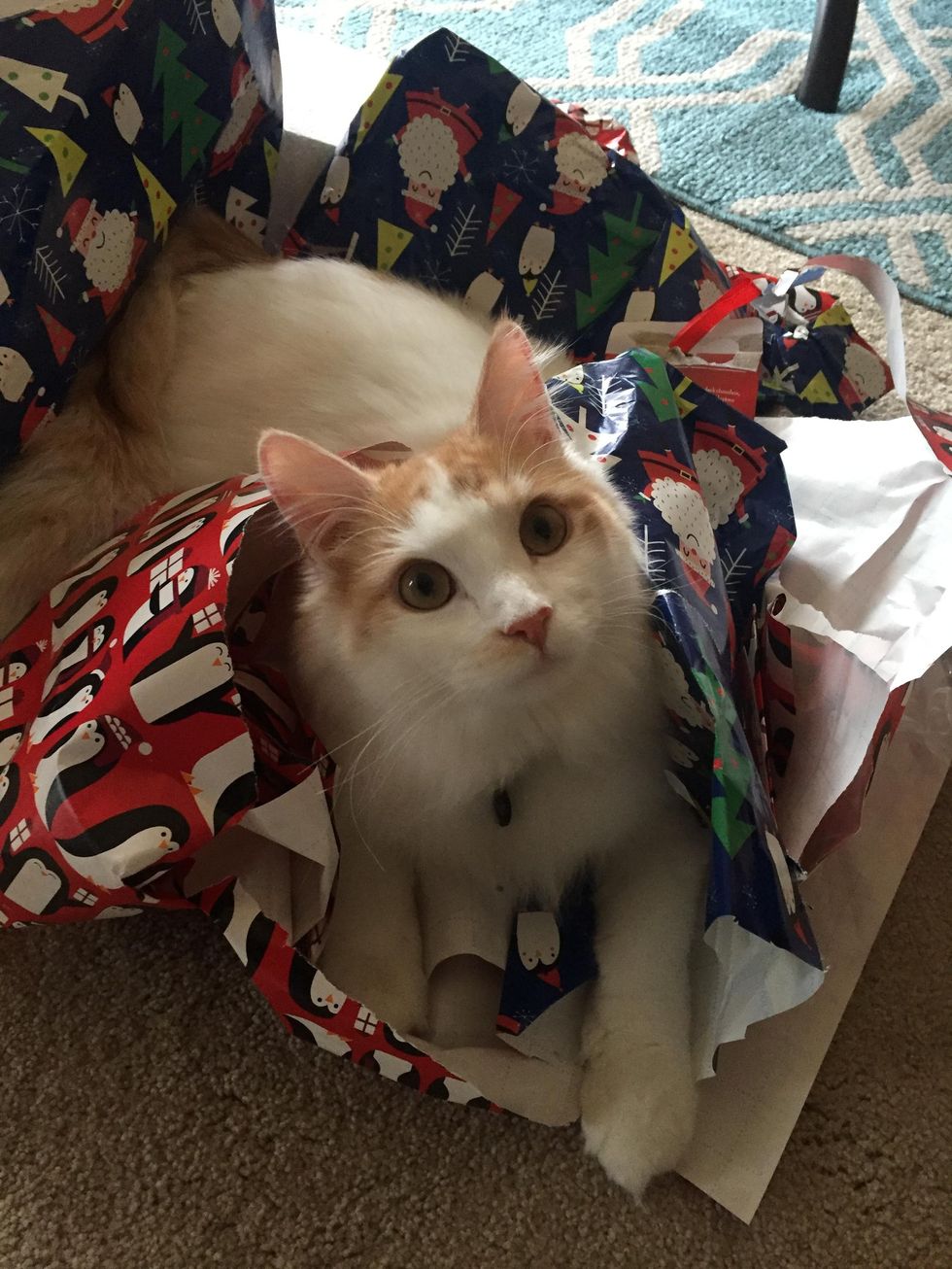 His tail fluffed up so much that it was almost half his body size.

"It's funny watching him run around, it's basically just a huge tail waddling about." 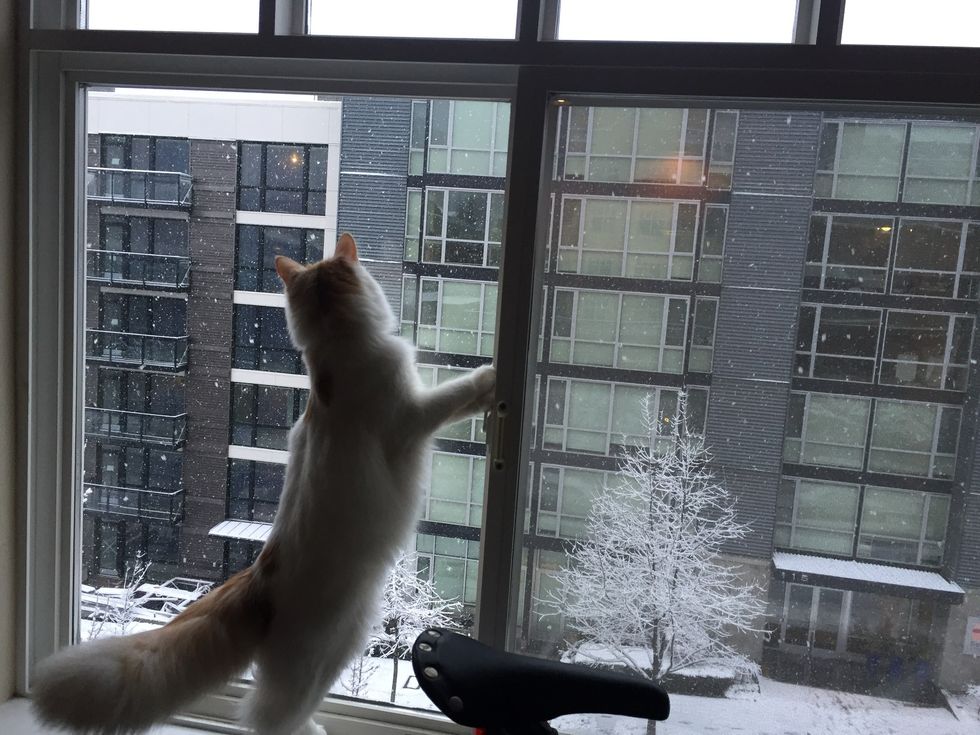 That tiny runt has blossomed into a floofy cat with a magnificent bushy tail. 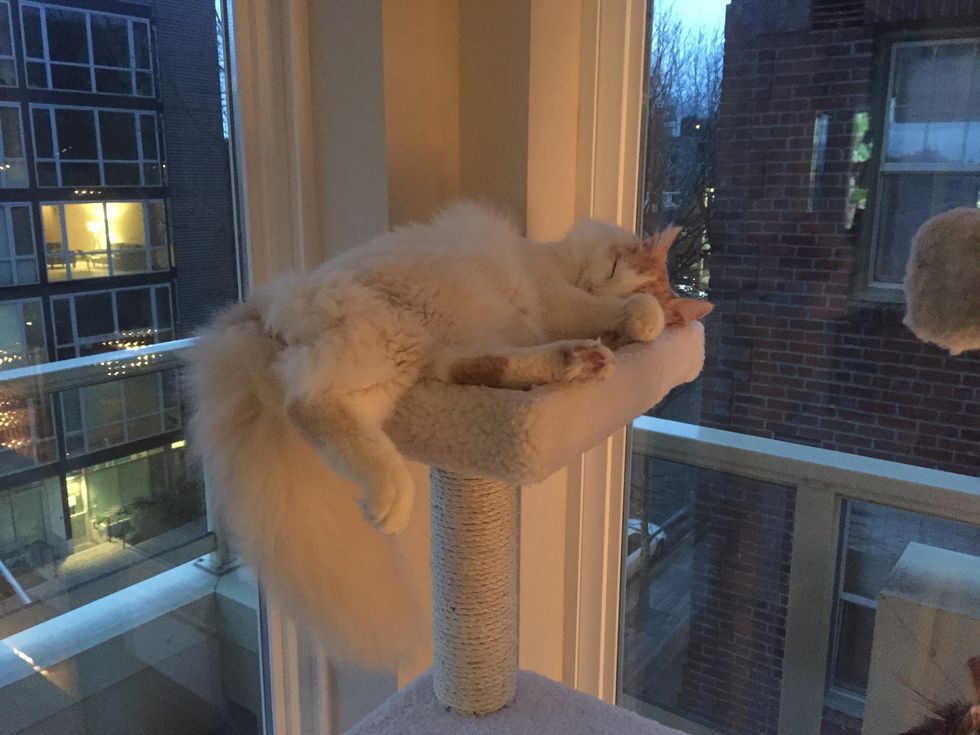 "He went from a snack sized cat pod to a loaf of fluff!" 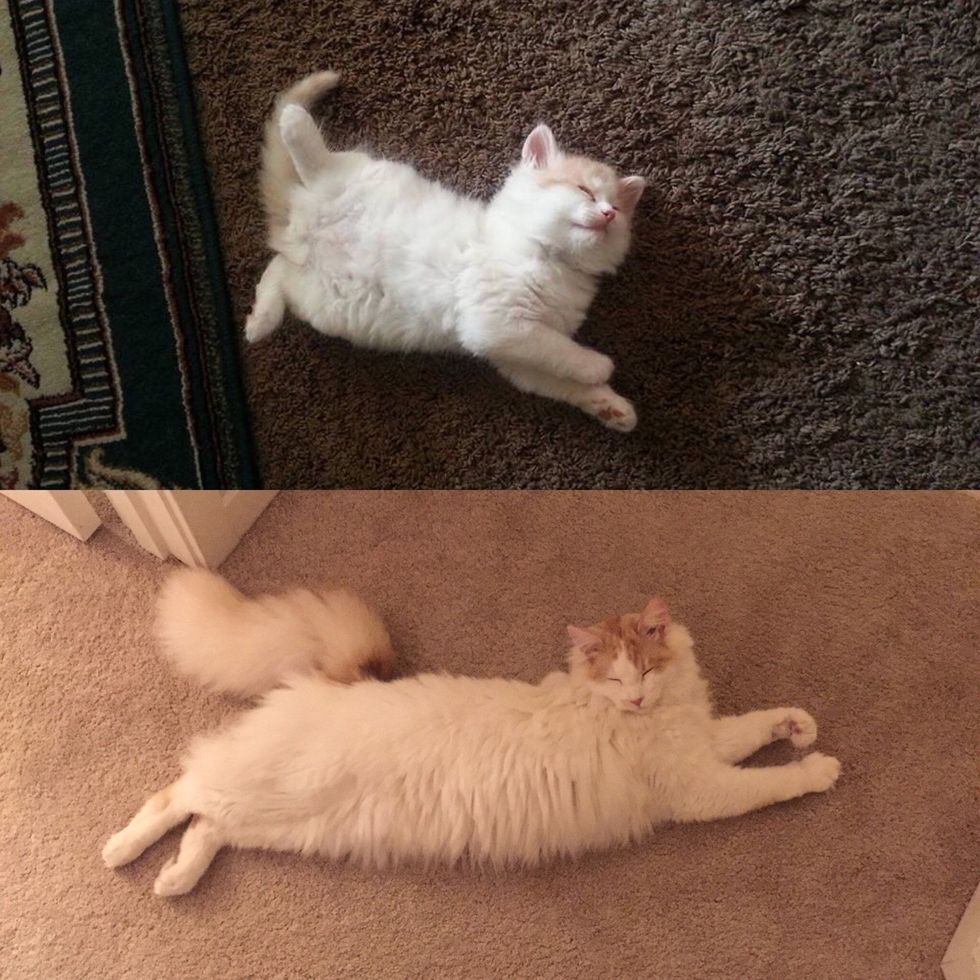