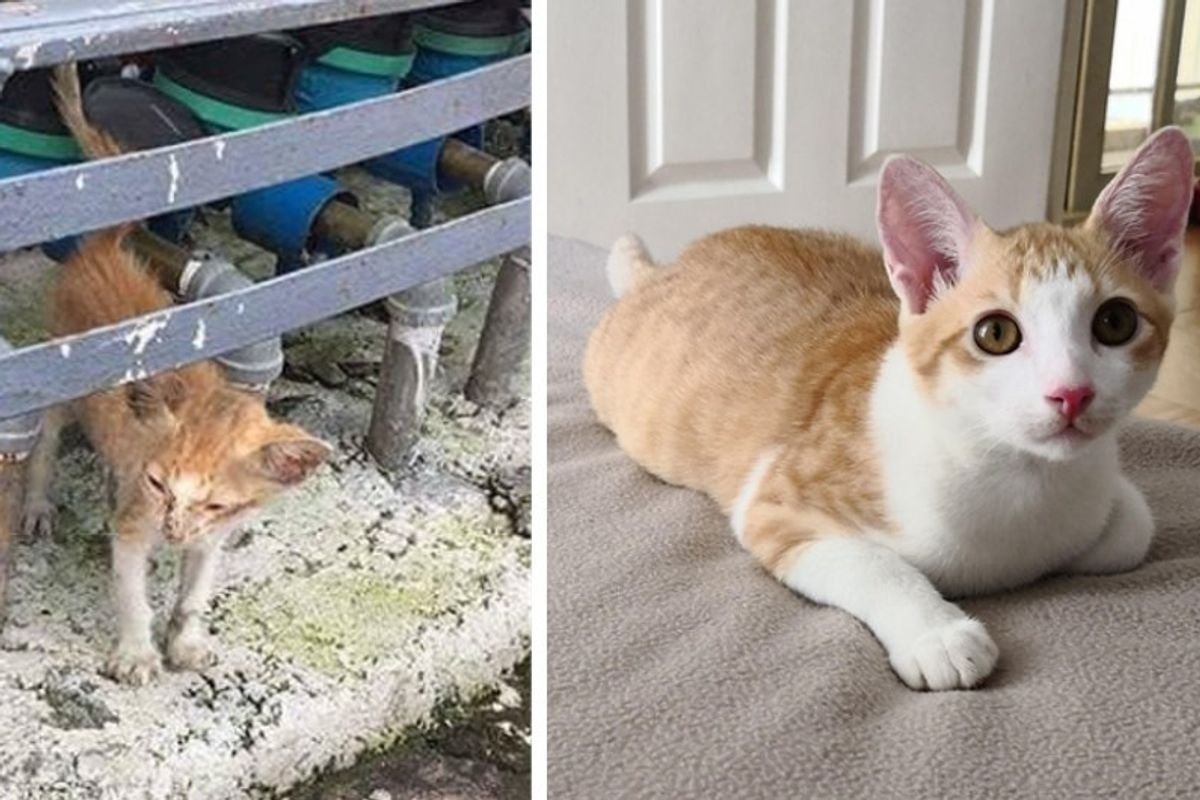 A kind-hearted man heard a kitten's cry while he was on his way home. The scrawny kitty sprinted up to him, meowing desperately for food.

The guy couldn't leave him there. 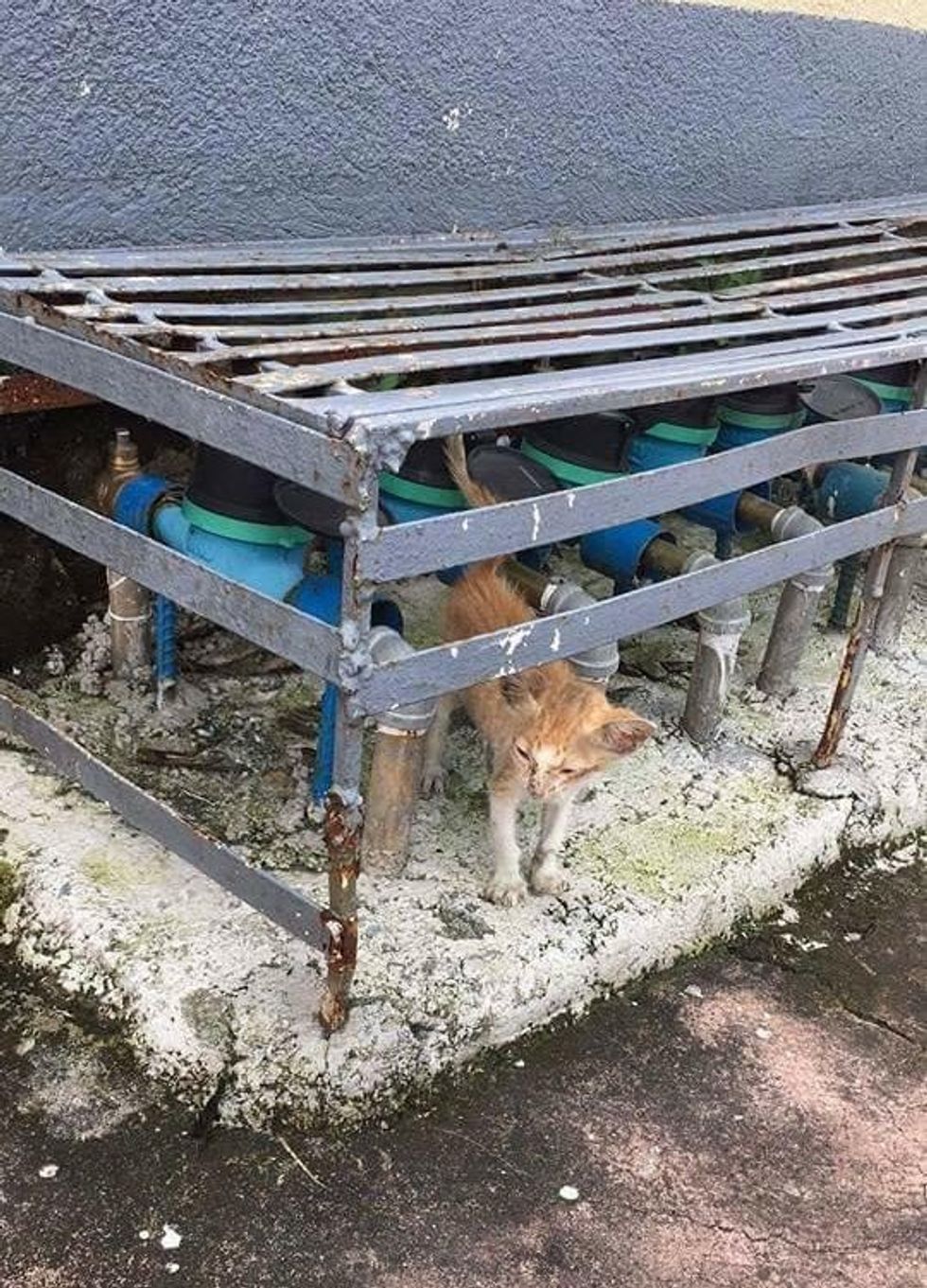 Early December, Bram Asuncion from Manila, the Philippines, was walking home when he spotted a tiny ginger kitten under a water meter on the side of the road, all alone.

"He was meowing loudly and was so scared from the moving cars. He looked so dirty and was obviously hungry," Kathy Castro-Asuncion, Bram's wife, told Love Meow.

As Bram approached the kitten, the little one noticed him, ran up to him and started meowing at the top of his lungs. "I think he knew that humans mean 'there will be food', so when my husband picked him up, he didn't resist." 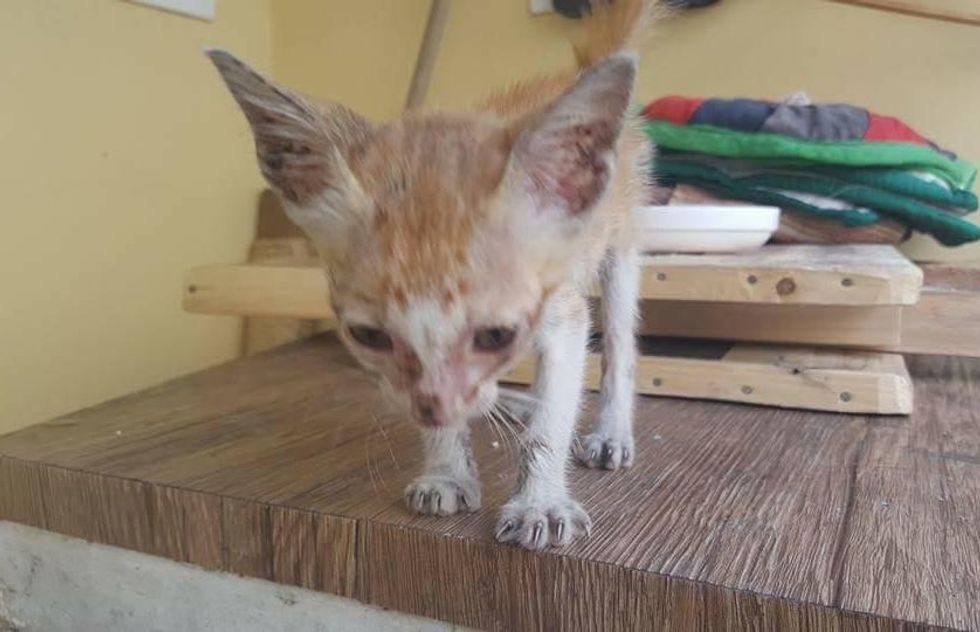 The kitten was so hungry but couldn't absorb much nutrients because his tummy was filled with worms.

"It was the only issue he had aside from the fact that he was skin and bones. He had a bit of a pink eye but it cleared up without meds within three days," Kathy told Love Meow. 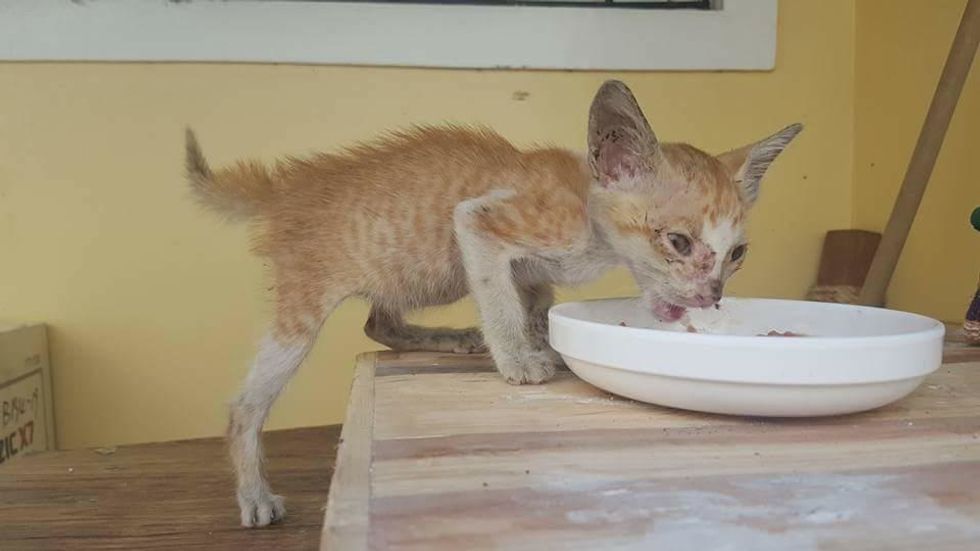 The couple took the kitten to the vet, had him dewormed and all cleaned up. In just a few days, the little ginger bounced back on his paws.

They named him Callan. He went from a scrawny little kitten to an energetic, filled-out mischief-maker in just a week. 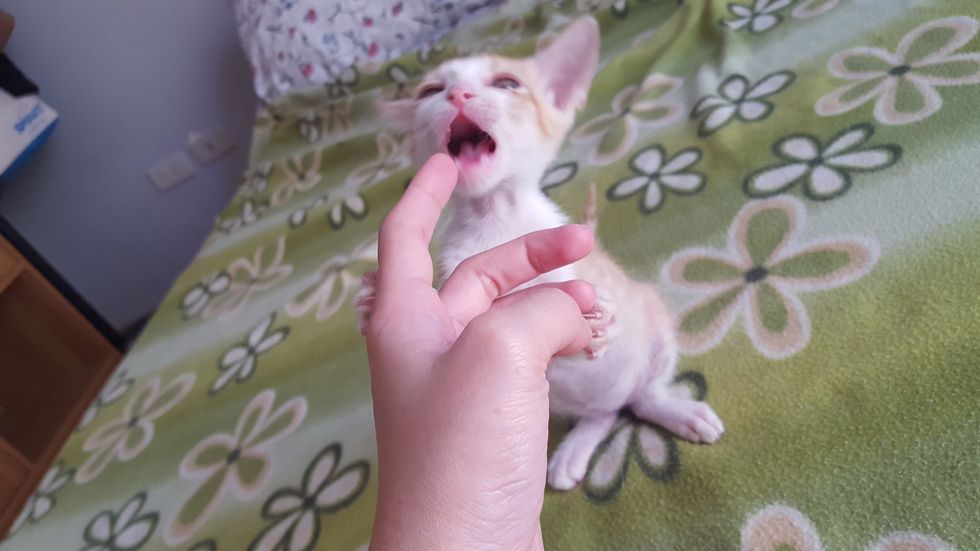 Callan is not the only cat that the couple has rescued. They have three other kitties that were all saved from an uncertain fate.

What a difference 10 days can make! 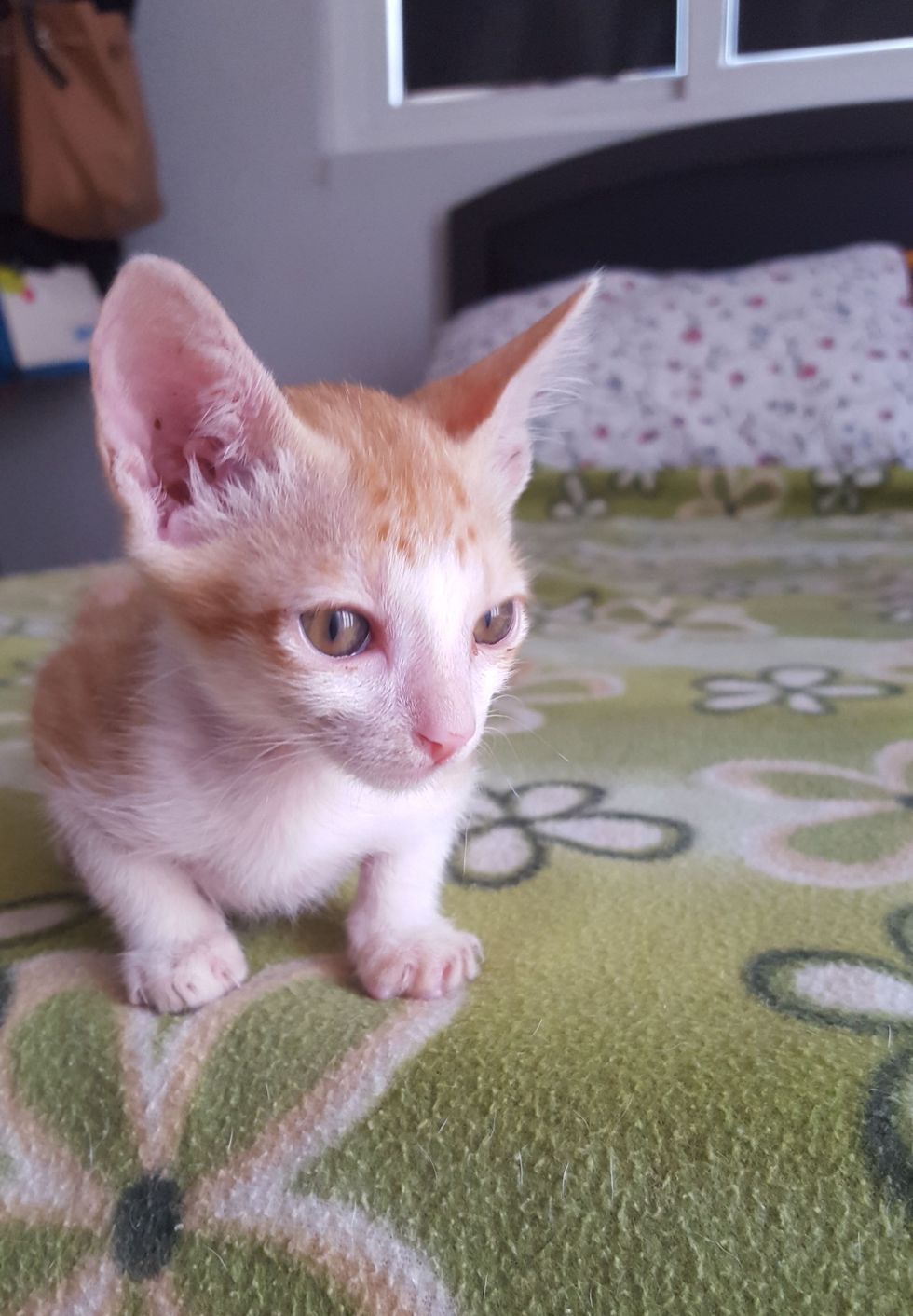 Their initial plan was to foster Callan until he was ready to go to a good home, but everything changed when they introduced him to their other cats.

"He's friendly to my older cats and it only took two days for them to warm up to him," Kathy told Love Meow. 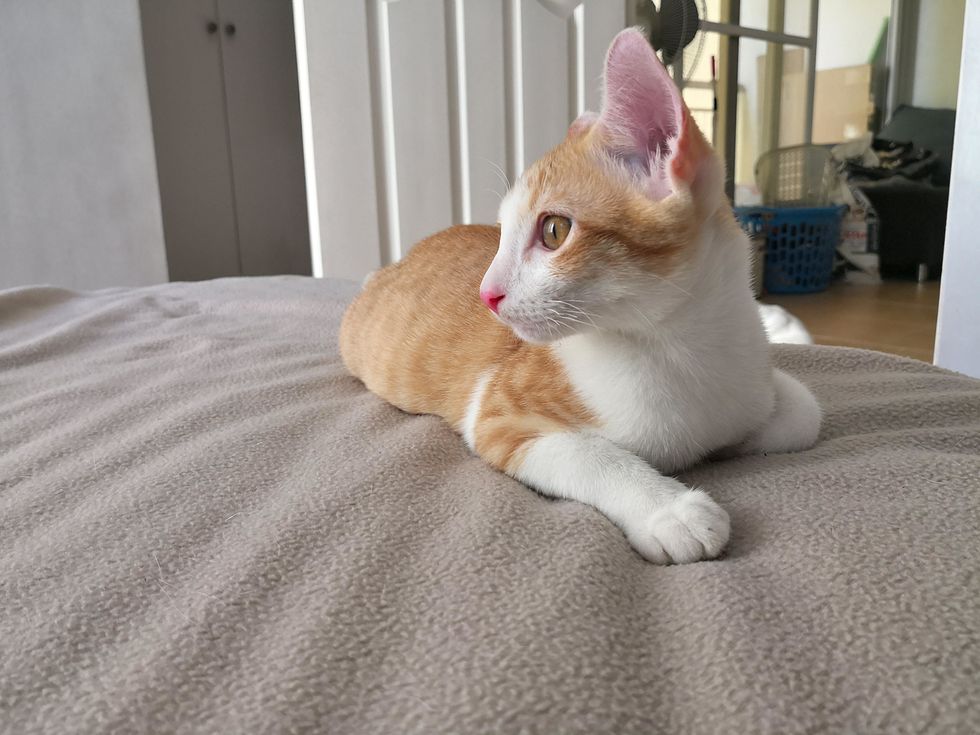 Soon, the feline friends started cuddling with each other and running around the house, spreading mischief.

The older cats have taken their new brother under their wing, sharing their kingdom together. 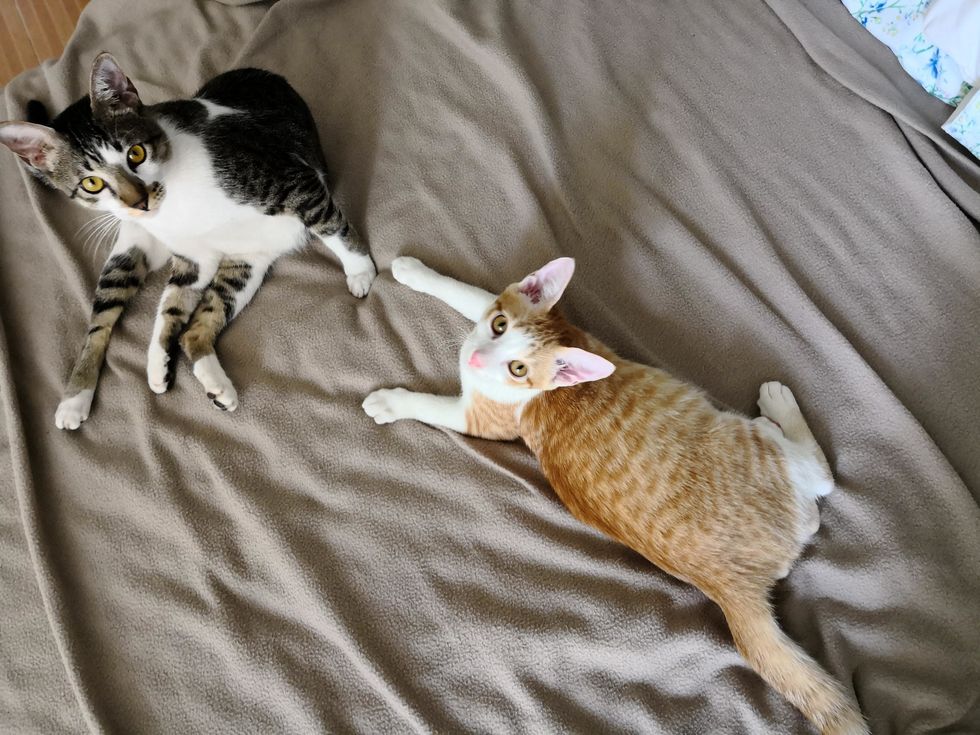 It's been almost three months since they found Callan, he's blossomed into a healthy, happy, and mischievous cat.

The ginger boy is always surrounded by his feline partners in crime as if they are constantly planning their next plot. 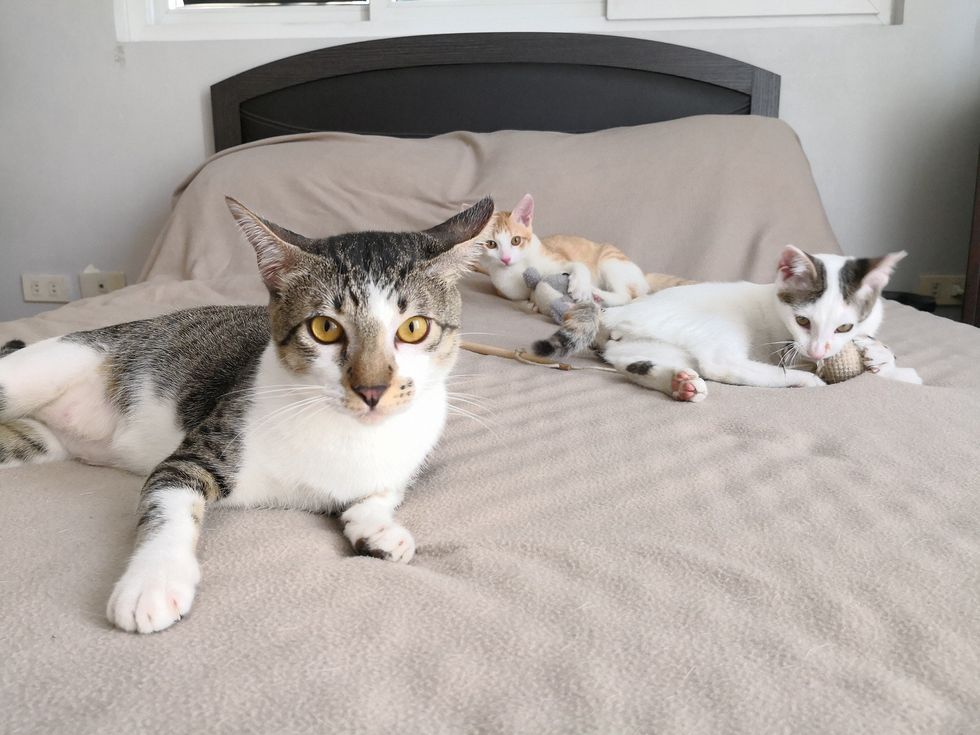 Callan never left his foster home. "He bonded with our other cats. We made him a permanent member of our family," Kathy told Love Meow.

It's hard to believe that he was that scrawny little kitten found on the side of the road. What a difference love can make! 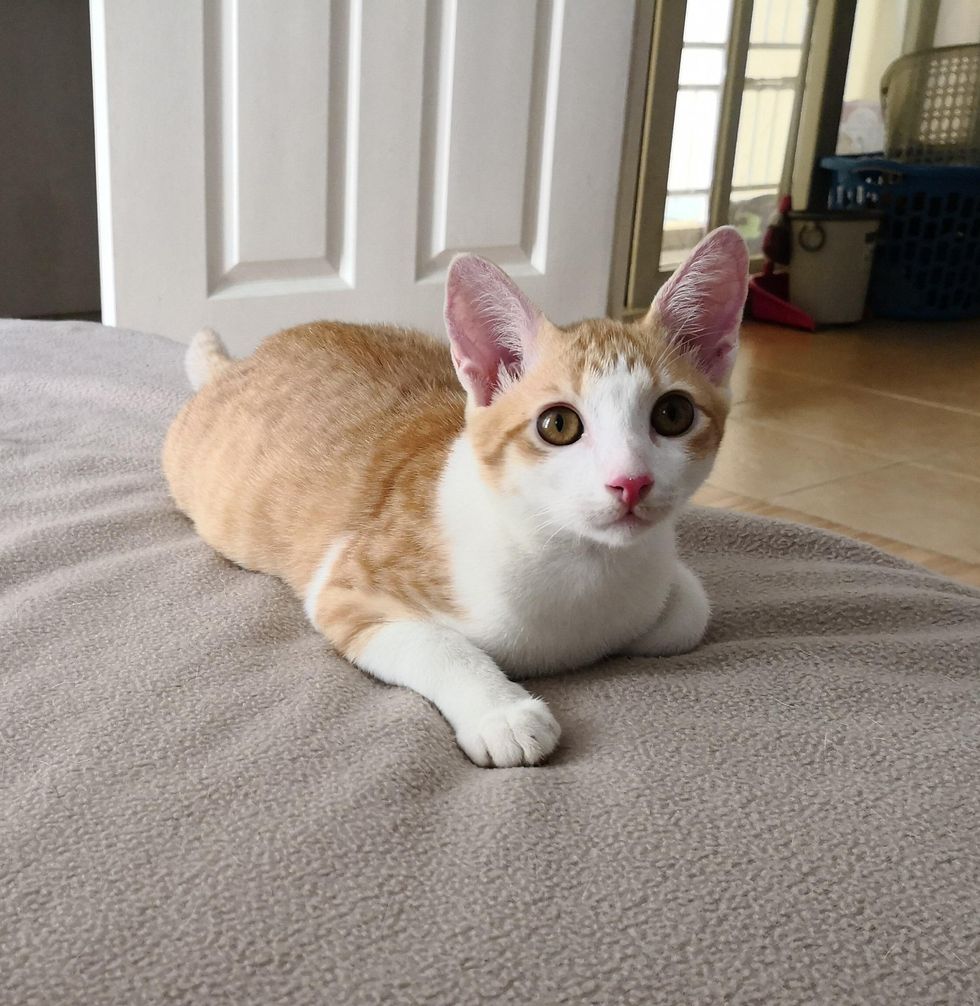 Related story: Homeless Kitten Fell Asleep in Her Rescuer's Truck, He Didn't Have the Heart to Wake Her

"We love a good 'foster failure' story! What a little miracle - from the brink of starvation to now," Jessica of Cole and Marmalade told Love Meow.