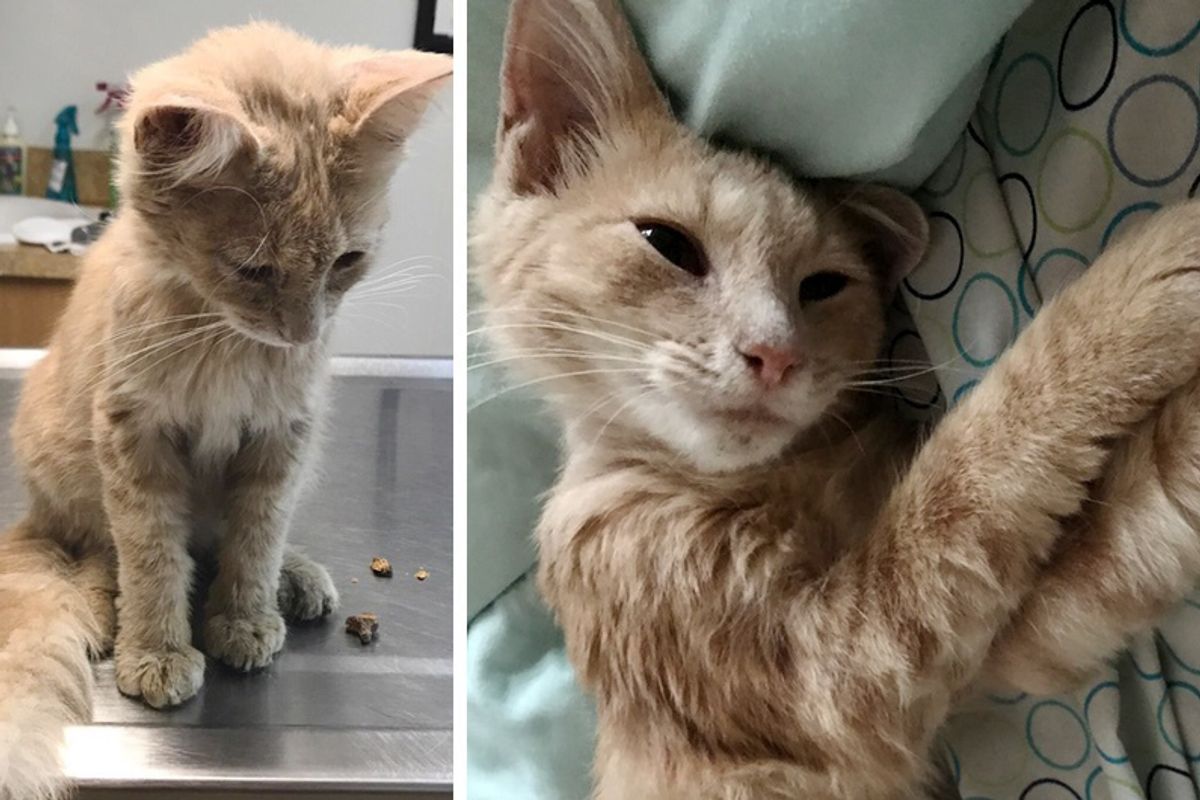 A man was left broken hearted after a breakup. As he walked out of the door to the laundry with tears in his eyes, a little ginger kitty suddenly appeared right in front of him, meowing for help.

"I found the cat outside my second story apartment. As I was opening my door on the way to the laundry I saw him against the railing. His eyes were caked with dried pus so I thought he was blind," MK told Love Meow. 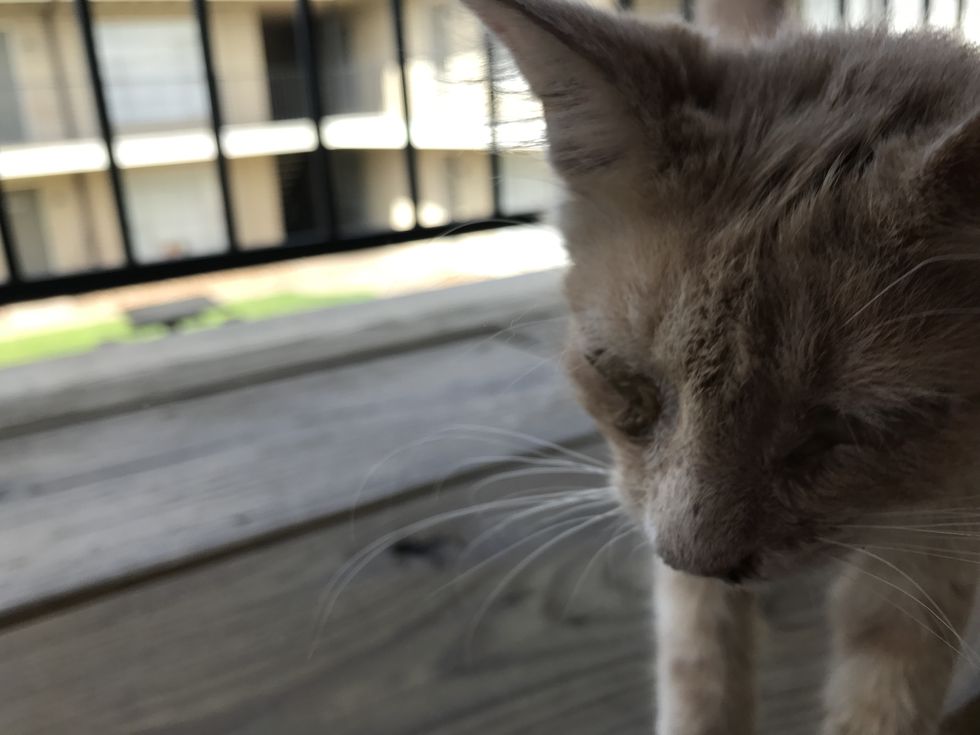 The heat was unbearable so the kitty darted inside the apartment to escape the hot weather. The man brought him a bowl of cold water to help him cool down. He didn't have any cat food so he tore up some fajita meat and added it to the water. The kitten wolfed it right down.

"His name is Fajita because it was the first meal we shared," he said.

"After I noticed a sneeze I decided to take the kitty to the vet and went on Facebook to get suggestions from my friends." 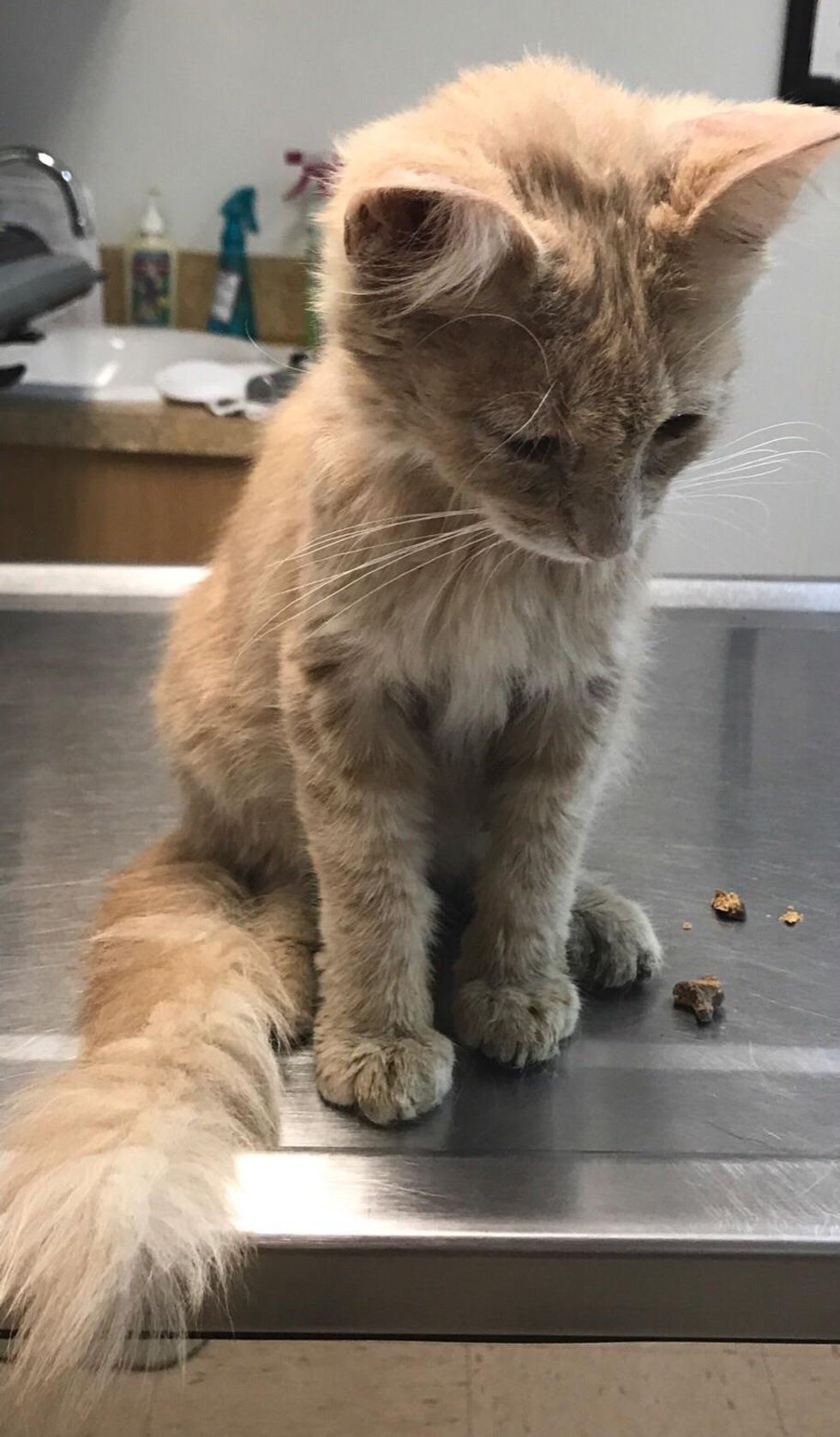 As he was out getting a carrier from the store, the kitty patiently waited for him and didn't want to leave his place.

"I had to earn the cat's trust to get him in the carrier but when we were alone together waiting for the vet to come into the room, we bonded," he told Love Meow. 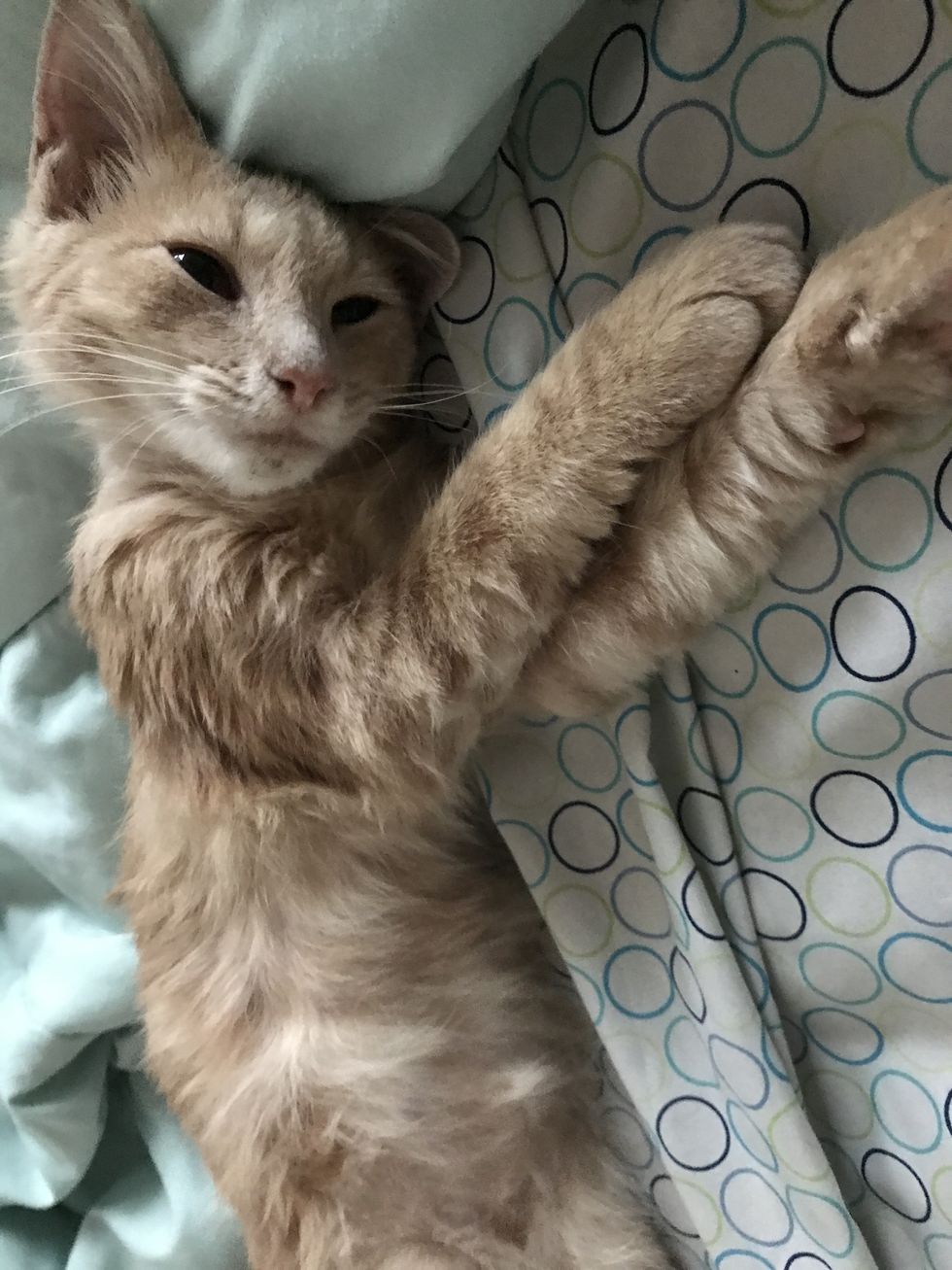 Fajita's eyes were crusted shut due to conjunctivitis and an upper respiratory infection. He was underweight for his age and came without a microchip. They cleaned his eyes and put him on antibiotics. The kitty could finally see and got the care he desperately needed.

After the vet visit, Fajita was very tired and a bit stressed from the long trip. He hopped on his human's lap and sat down comfortably there as if he claimed that spot as his throne. 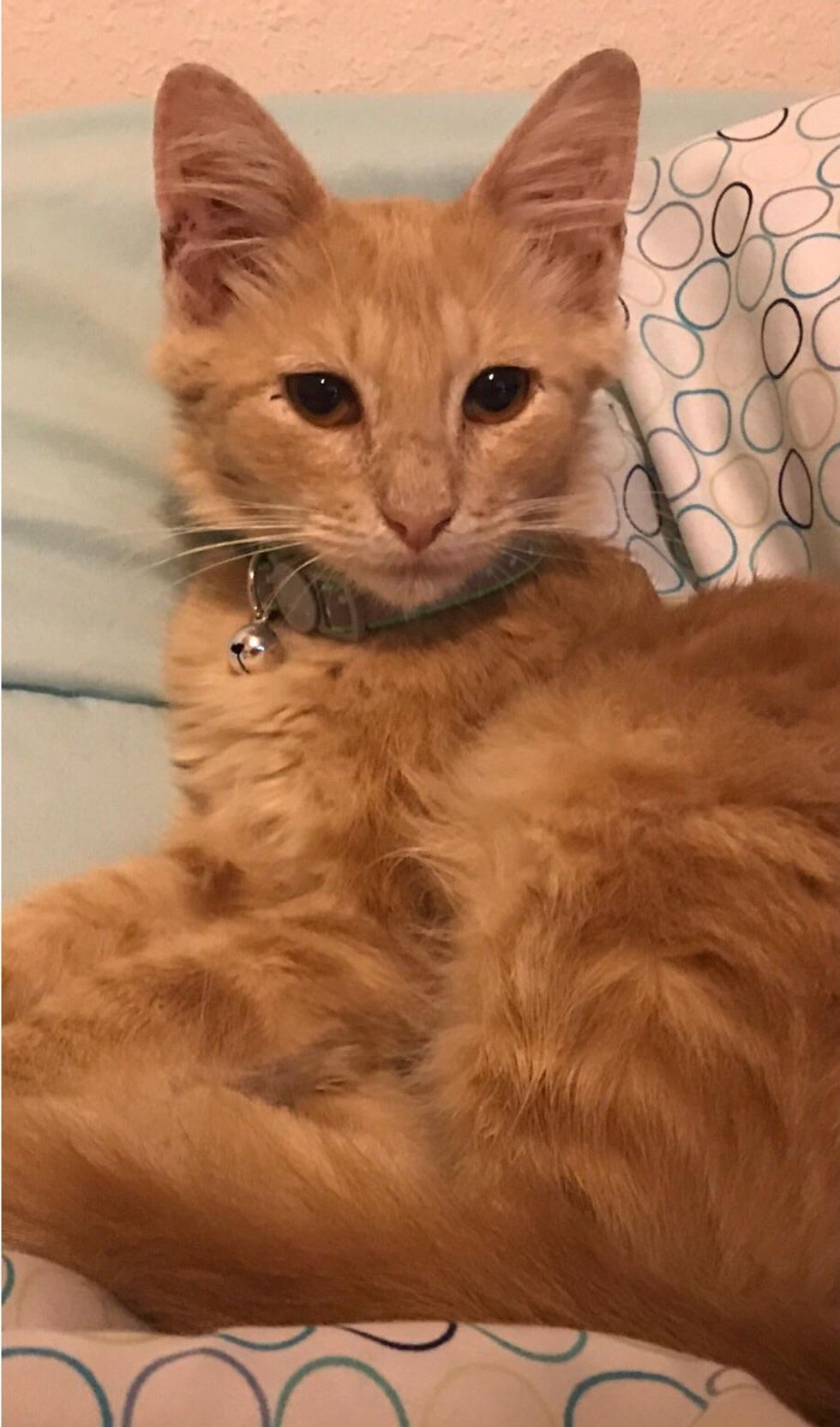 "I looked down and asked, 'Do you want to be my cat?'" The kitty meowed right back. "I broke into tears."

Fajita was sick and homeless when his human was devastated from a broken heart. They found each other and rescued one another.

"I was feeling so alone and lost after the breakup. His little meow filled my heart with love again." 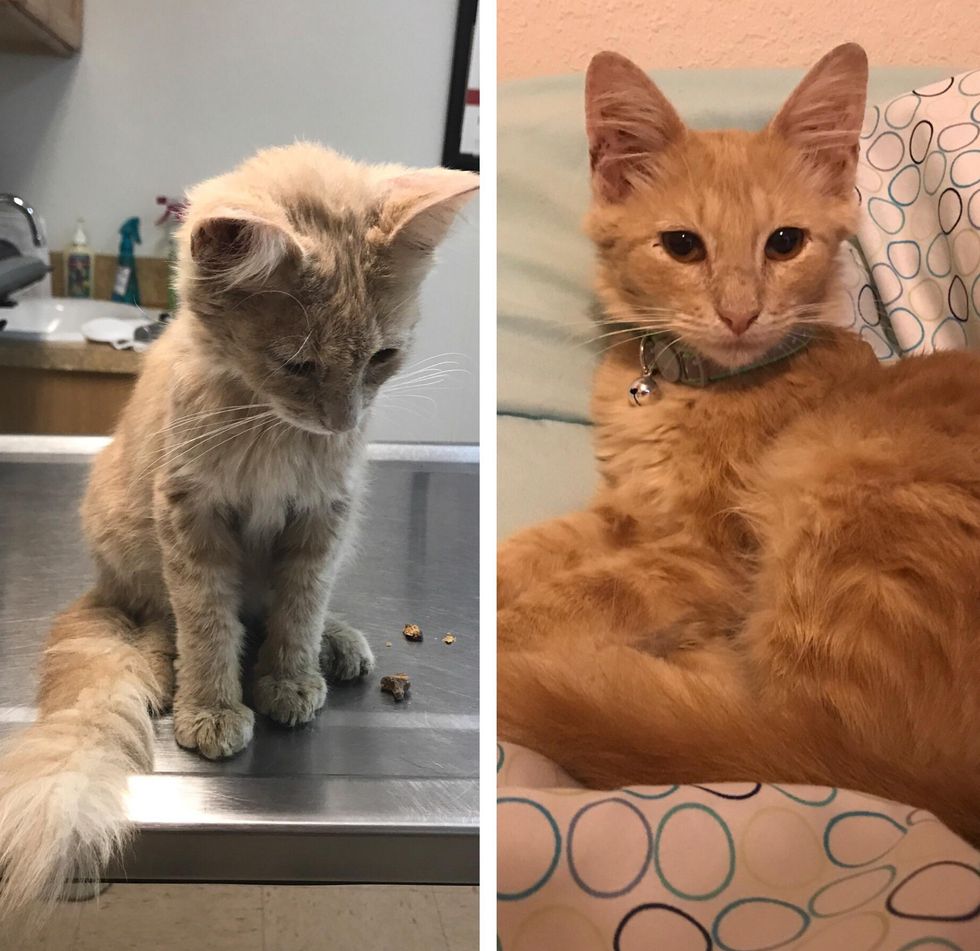