Senior Cat Ended Up at Shelter and was Terrified, But Two Months After Adoption...

This senior cat had a hard time finding a home until a couple rescued him from the shelter. He was terrified of people, but two months after adoption, everything changed... 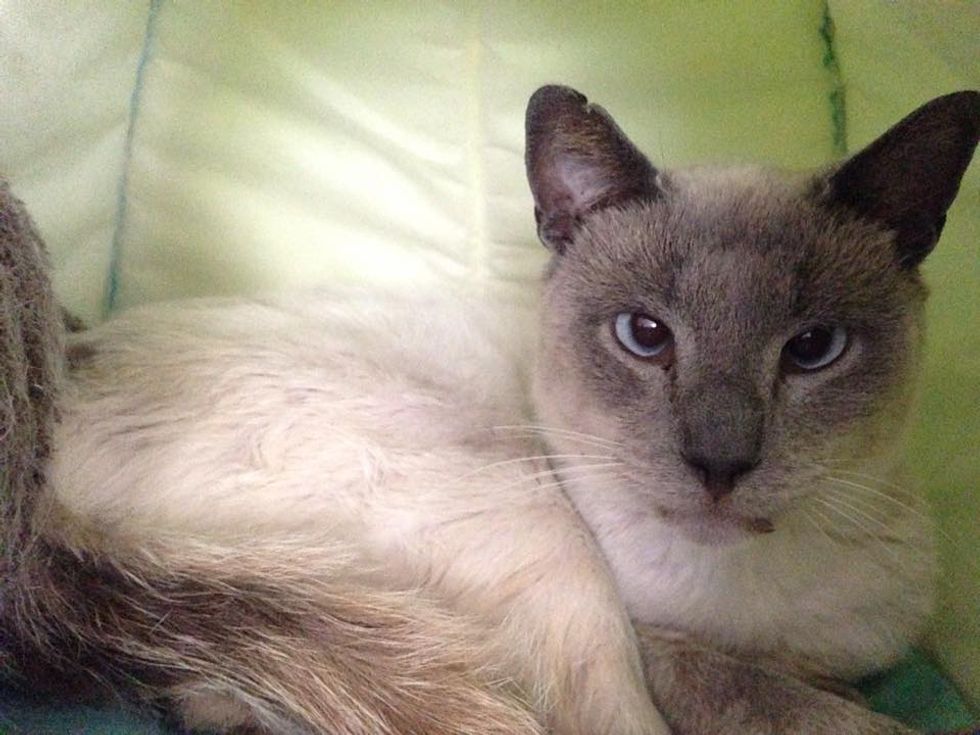 Teak was around 10 years old when Karyn Poplin of Kitty Adventure Rescue League & Sanctuary found him at a local shelter, waiting on death row.

"We don't know why he ended up at the shelter, not every shelter gives us this info, but we couldn't let that face disappear," Karyn said.

Karyn and her husband run a cat sanctuary for cats with special needs in Fort Worth, Texas. She pulled the kitty out of the shelter so he could live and have a loving home that he so deserves, but the journey to happiness was not an easy one for Teak as he was very scared.

"He was absolutely terrified of people. He would only eat when we left the room or if we were asleep." 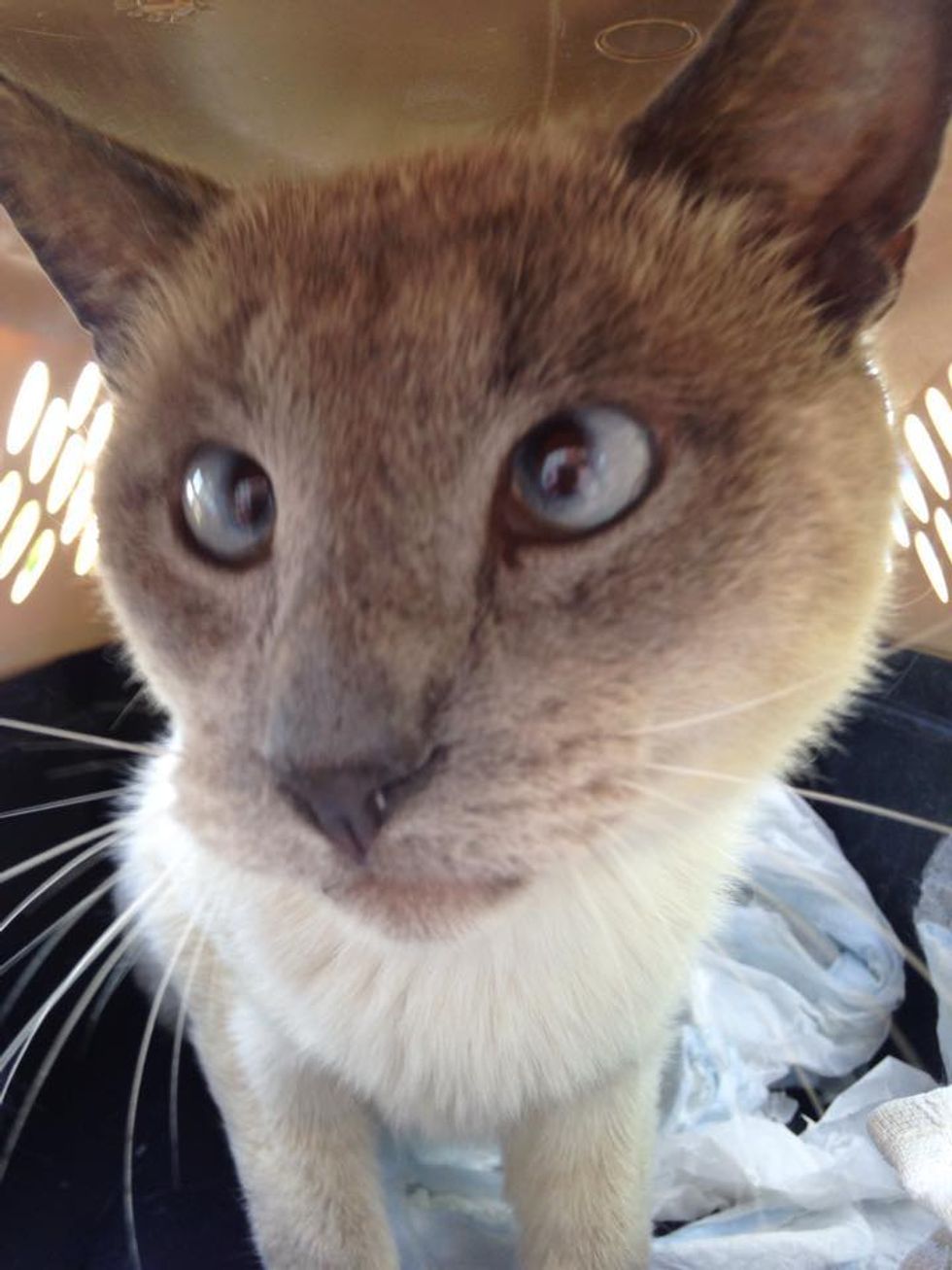 Every day Karyn and her husband tried to get a bit closer to Teak with food and love. "He was scared and hid behind and under our bed for what seemed like forever."

"One night we woke up and he was snuggled up to our butts," Karyn told Love Meow. 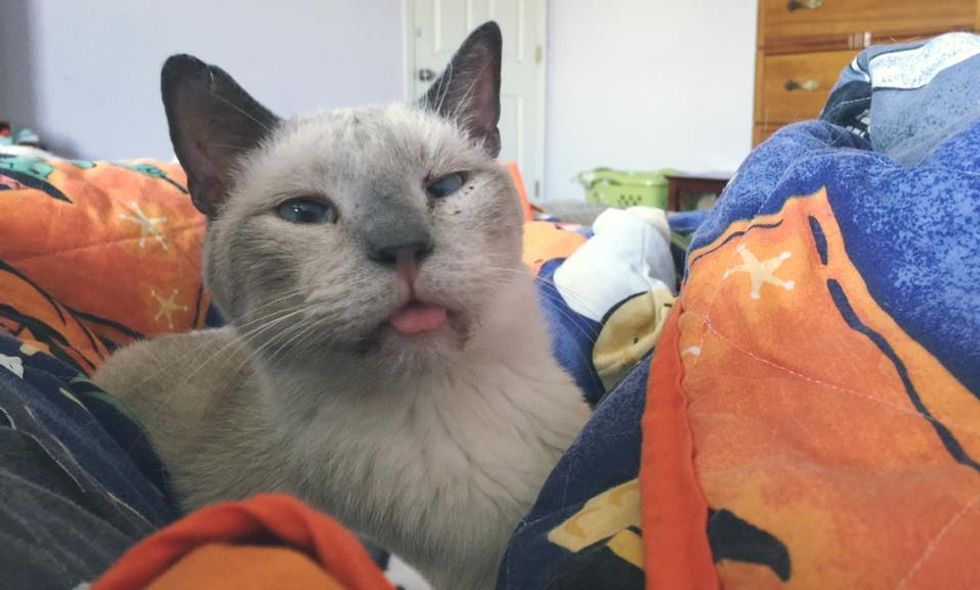 After a couple months, Teak decided that the humans aren't so bad.

He came out of his shell and began to show affection. 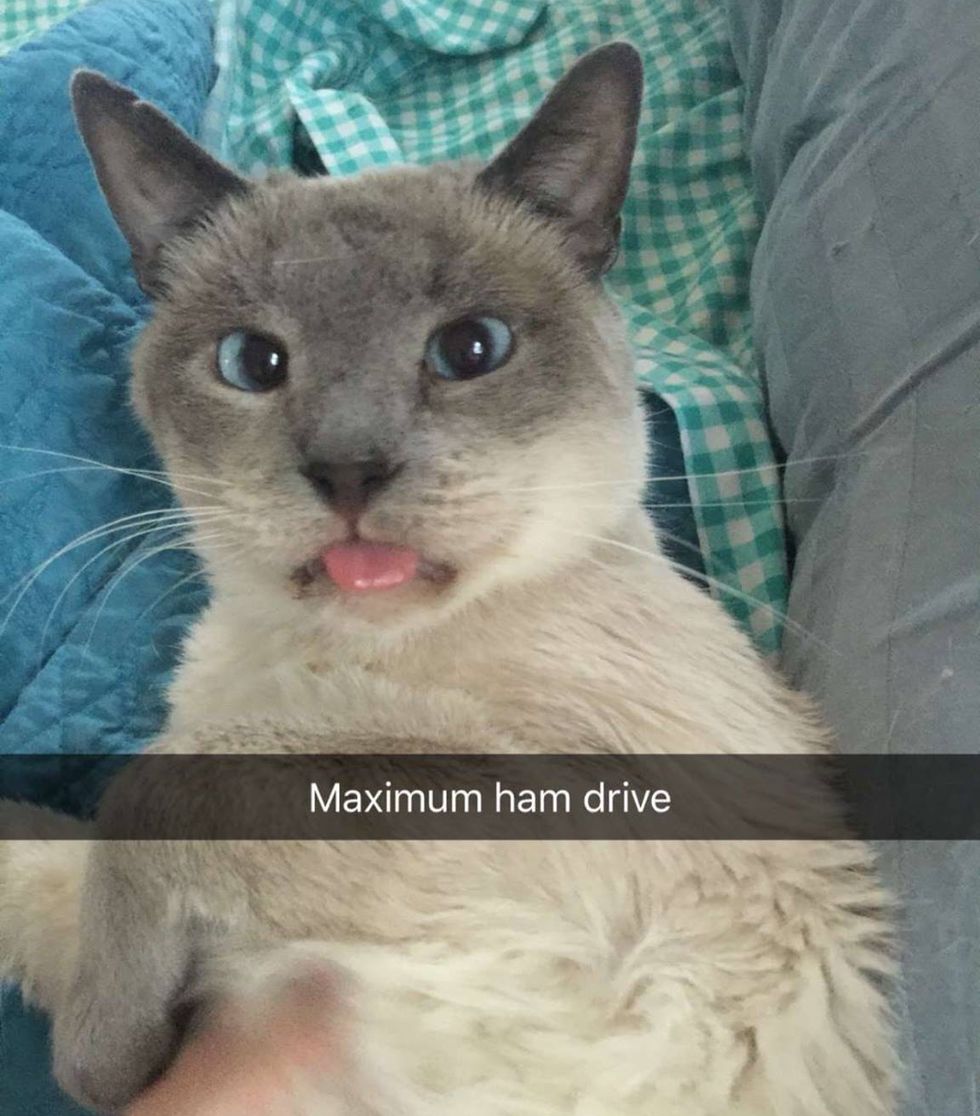 Teak likes to stick his tongue out all the time. 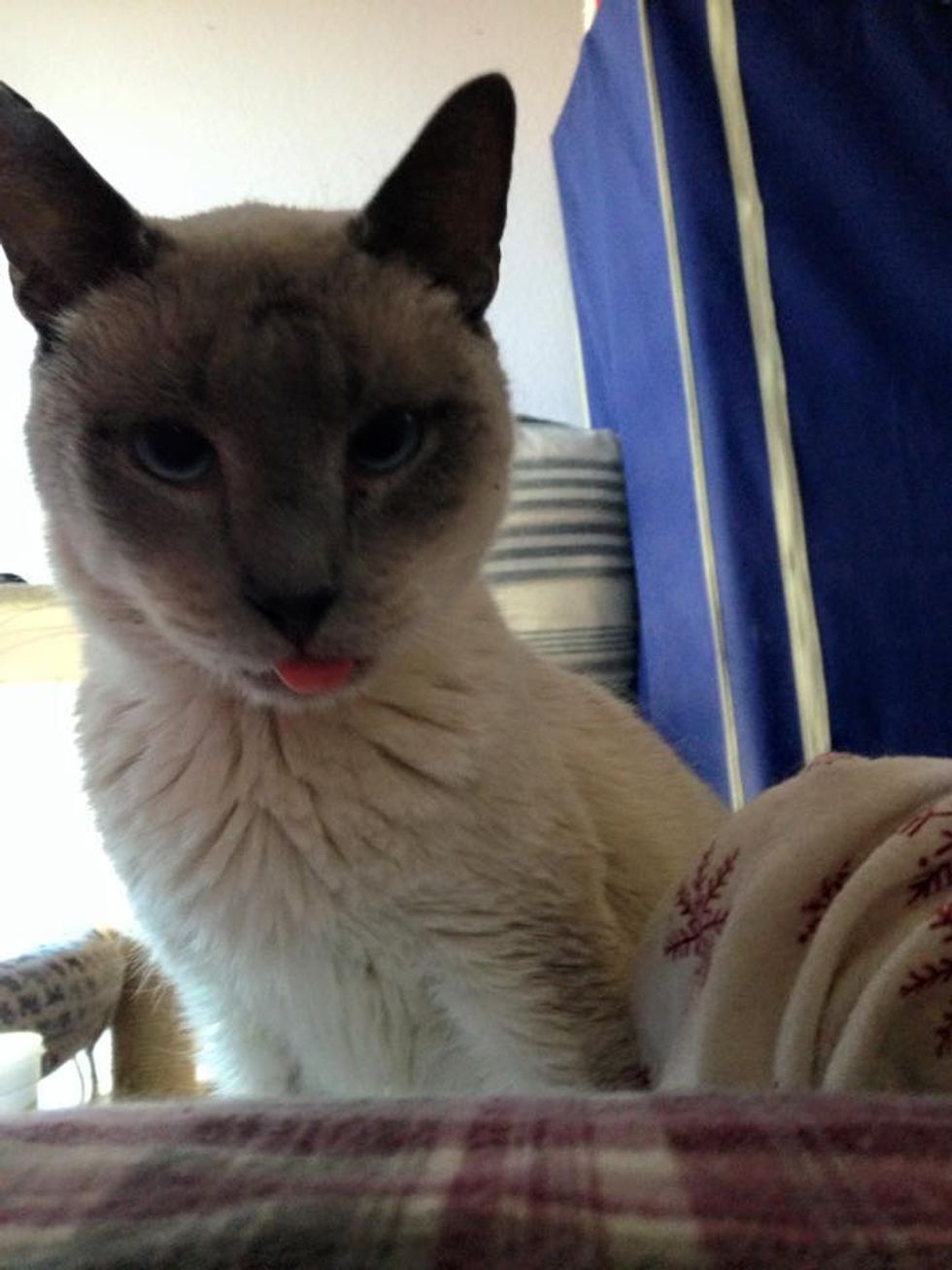 "He's not so much into getting attention but he loves to take naps with us and other kitties," Karyn told Love Meow.

"He's quiet, and doesn't run from us anymore. And he's super soft." 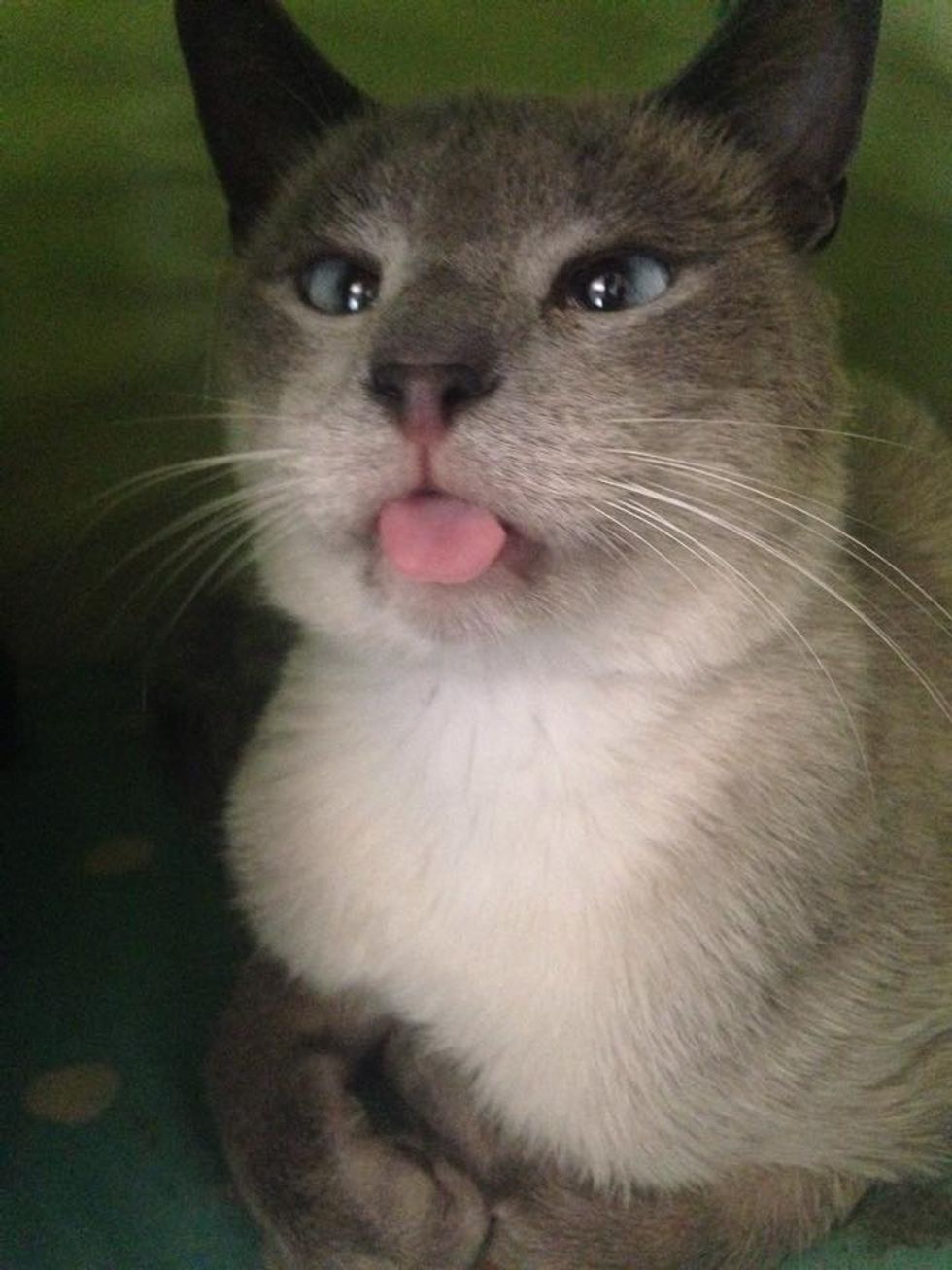 Teak hanging out with his friend Samantha, a resident cat at the sanctuary, and loving the snuggles. 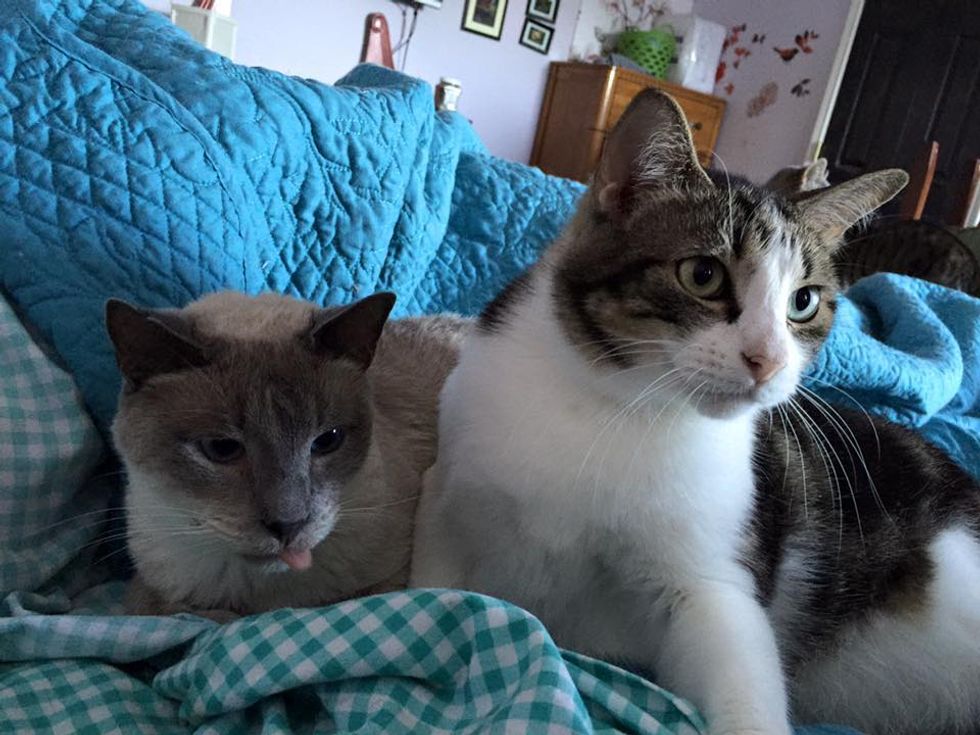 The terrified kitty has made a 180. Now he enjoys snuggles with his humans and wakes them up every day with his adorable silly face.

"Now he sleeps in bed with us every night... He's come a long way! Goofy guy always has his tongue out!" 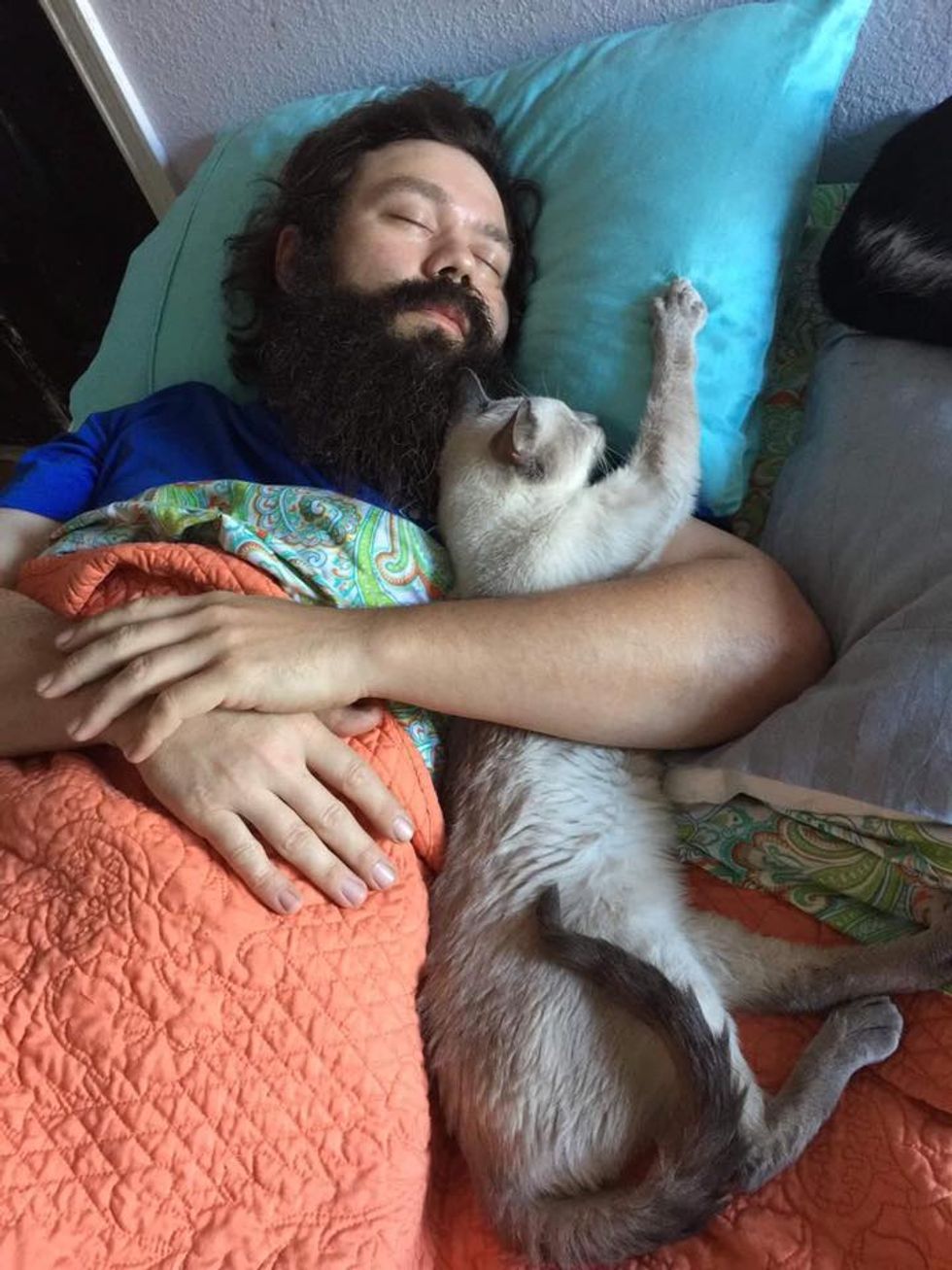