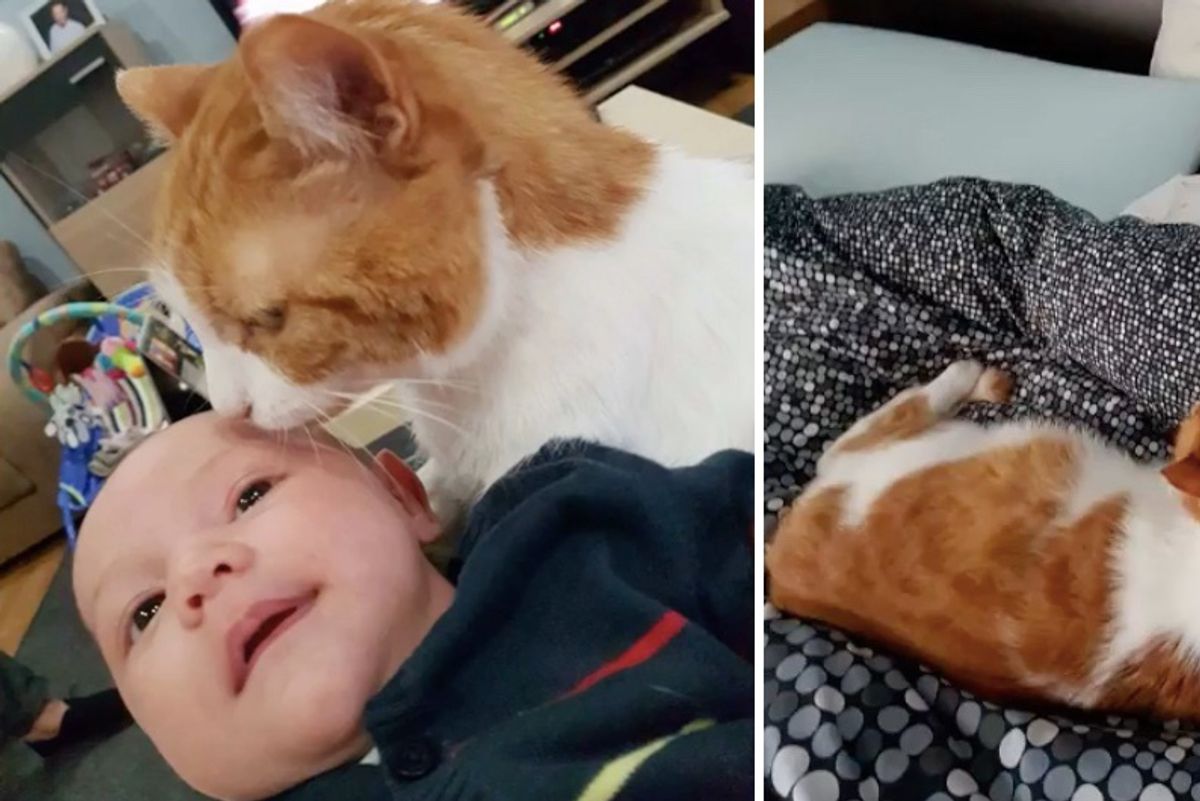 A ginger and white cat who was saved from a difficult life living on the streets of Greece, returned the favor to his rescuers by guarding and protecting his family for life.

BlaBla was a scrawny little kitten when he was spotted wandering on the streets. "He was found in terrible condition when still a young kitten," Valia Orfanidou said via The Orphan Pet.

After he was nursed back to health, a kind couple fell in love and gave him a home. Their one and a half year old son, Peter, quickly grew very fond of his feline friend and dubbed him "BlaBla" which stuck and became his name.

After two months of hiding, BlaBla finally came out of his shell and began to trust. Once he got to know love, he was hooked.

BlaBla became very attached to Peter and always kept him company as if he was his most loyal bodyguard.

They are inseparable friends. [Scroll down for video]

Peter is very gentle with his feline buddy. They are partners in crime, doing everything together, sharing their hiddy spots.

As they grew bigger, the bond only became stronger.

Then the mother was pregnant with her second child.

Every day BlaBla spent time to cuddle with his human's belly and purr to the baby in a purrfect lullaby.

After nine months of belly hugging, the sweet kitty finally got to curl up next to his new sister and he was in love.

Sweet Blabla is a gentle, loving soul to everyone in his family.

When it's nap time, BlaBla is never far away.

He adores his sister and gives her kisses.

BlaBla and his two favorite humans in the world!

They saved him from the street and gave him a safe and loving home that he always wanted.

Watch the full story in this adorable video: