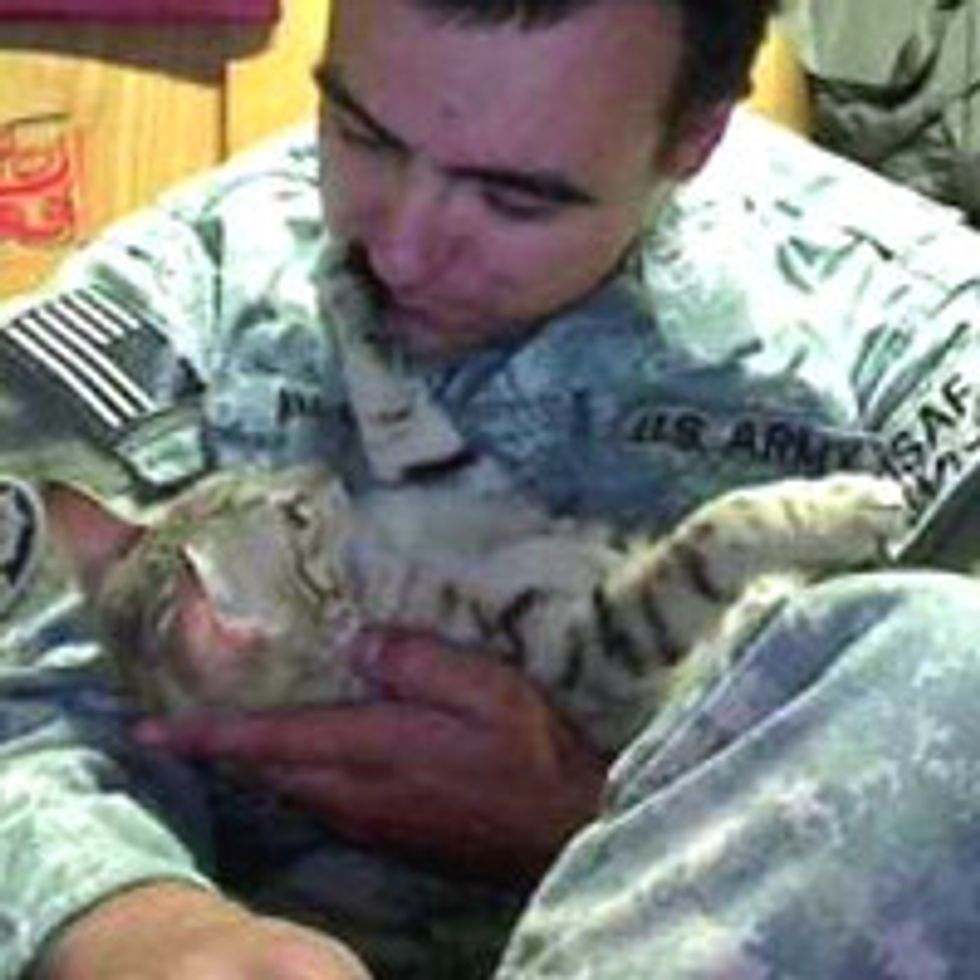 Soldier Saves Afghan Cat: 'He Was My Saving Grace'

Staff Sergeant Jesse Knotts rescued a stray cat whom he named Koshka while he was serving in Afghanistan, but it was really the kitty who saved him from the difficult times during his service.

"He was showing some signs that people weren't taking very good care of him," Knotts said. He brought the kitty in his tiny office and made it home for Koshka. "The cat was a reminder of his life back home in Oregon City," KPTV.com reported.

"You lose faith in a lot but sometimes it's the smallest things that bring you back," Knotts added. An experience he had with a suicide bomber targeted a military convey near his base in the Maiwand District of Afghanistan took away two of his friends. He was devastated and crying in his office then Koshka hopped onto his lap to give him the comfort and love that he would normally get from his loved ones back home.

"I'd lost hope in myself. I'd lost faith. Then all of a sudden this cat came over and it was like 'hey, you are you," he said via KPTV.

He knew there is no way he could leave Koshka in Afghanistan. The little kitty is more than just a cat to him. Koshka is like family to Knotts.

It was impossible for Knotts to get Koshka on a military convoy. He received help from a local interpreter who risked his life to take the cat to Kabul where they were able to fly the cat from the Middle East all the way to Portland, Oregon. It cost his parents $3,000 for the fly home, but "for them, it was an easy investment."

"He was my saving grace. He kept me alive during the tour," Knotts said (KPTV).

At that moment, Knotts knew that he couldn't leave the cat in Afghanistan

A local interpreter risked his life to help Knotts bring his cat to Kabul and eventually they were able to fly the cat all the way to his new home in Oregon.