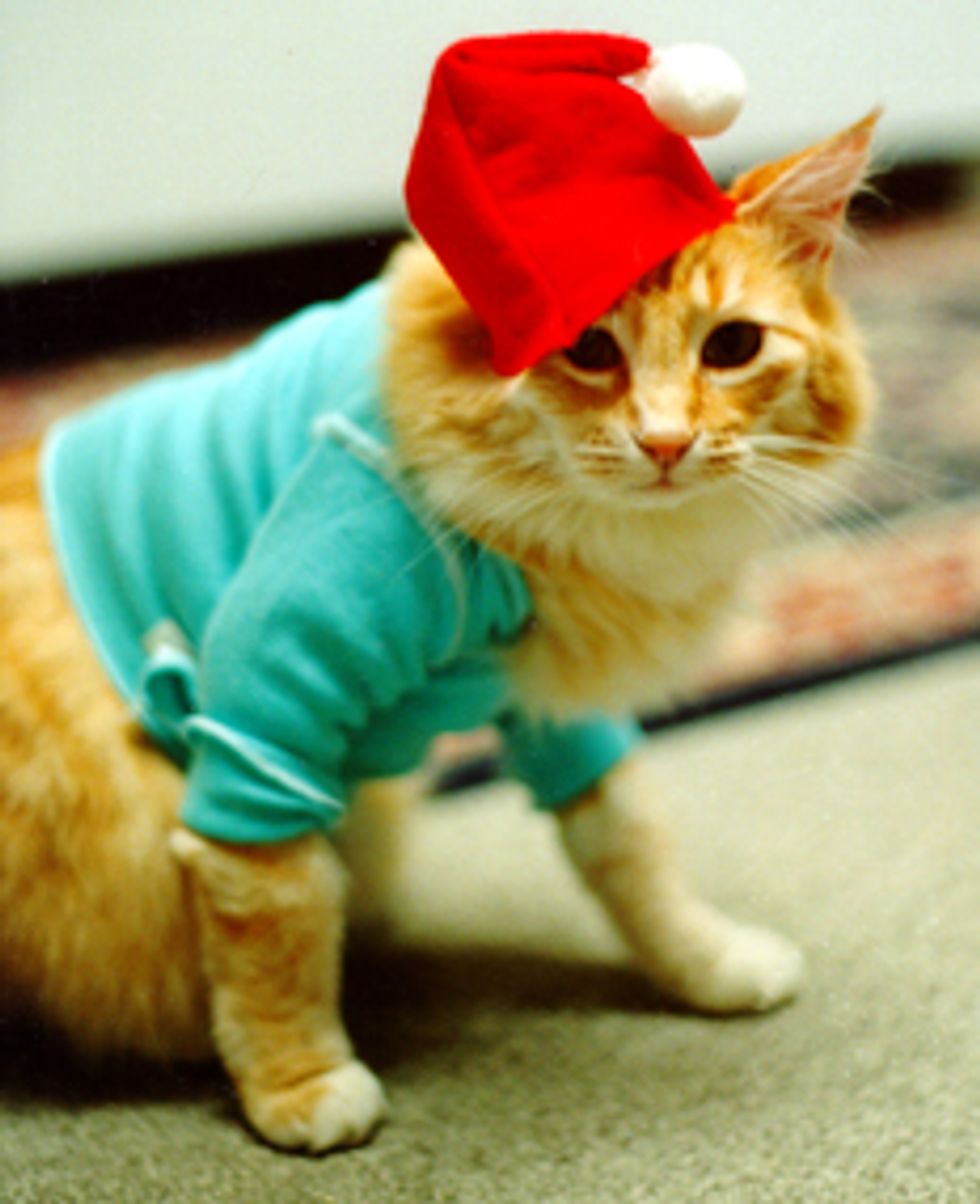 Special Interview on Fatso, the Keyboard Cat with Charlie Schmidt

The famous keyboard cat video has become an Internet meme. A cat in a cute blue shirt, tapping an upbeat song is so memorable to netizens, especially YouTubers. Her charm had so many people fall in love with her. Fatso, the keyboard cat is no longer with us, but she has been featured in shows such as the Colbert Report, the Daily Show and the MTV Movie Awards. The "Play him off, keyboard cat" tradition for blooper videos has become part of the cyber culture.

I had a chance to talk to Fatso's dad, the creator of the video. He shared a lot of stories and interesting things about this legendary keyboard cat.

Amy: Who is Charlie Schmidt? What does he do?

Charlie: He is an inventor and cat trainer in spokane, washington. you can see at charlieschmidt.com

Amy: How did Fatso come into your life?

Charlie: About a week after I met my wife, her friend Heidi gave her 2 tiny kittens. one of them was fatso, and her sister Skinny. We were a new family.

Amy: Where did you get the name Fatso?

Charlie: It just sorta happened. One of them had long hair, one short. So we called them Fatso and Skinny.

Amy: How did you come up with the idea to make the keyboard cat video?

Charlie: I really believe in doing something with whatever tools you have, I had Fatso, a keyboard with a memory, a tri-pod, and a camera.

Amy: How old was Fatso when you shot the video?

Charlie: About a year old.

Amy: Everyone is impressed by how calm Fatso is in the video. How would you describe Fatso’s personality?

Charlie: She was calm. At times. If you held her without massage or movement, she was not happy. But if you knew her spots and signals, you could keep her very happy.

Amy: The shirt Fatso was wearing is really cute. Where did you get it?

Charlie: They dont make that style anymore. it was a newborn t-shirt from JCPenney. Now you mostly can only get a onesy or something.

Amy: The songs in the video are quite catchy especially the first song. Where did the they come from?

Charlie: I composed them myself in about 2 minutes to have a track for fatty to play out. Keyboard Cat's Greatest Hits will be available on iTunes within a day or 2.

Amy: Did you ever train Fatso to play keyboard or was she a natural?

Charlie: Many womens' groups are happy about that one! She had some training, but first was a true natural. Stevie Wonder in her blood.

Amy: What was her favorite song to play?

Charlie: Fatso really enjoyed playing anything by Booket T. or Jimmy Smith. Knew them all. She especially likes Green Onions by Booker T.

Amy: What was going on in your head when you first saw the response from the public in regard to your keyboard cat video?

Charlie: Mainly just a question mark with a smile.

Charlie: There is never a way to know what will become a meme.

Amy: How did the “play him off, Keyboard cat” idea start? Were you surprised by it?

Charlie: It (the mixing of my cat video with fails and recirculating them) started when Brad O'Farrell hooked Fatso up with a video of someone falling down an escalator backwards.

Amy: What do you think about people appending “play it off keyboard cat” to blooper videos?

Charlie: It's been very good to me.

Amy: Now they have a website (http://playhimoffkeyboardcat.com/) that collects all the “play him off keyboard cat” videos. Are you affiliated with the website?

rtfolio, for the world to see. On their homepage, they have links to shirts from Hot Topic that I am part of, and they also have a link to my homepage!

I need to let them know that at Zazzle I have a ton of cool stuff I designed about cats, cars, you name it.

Amy: Would you do anything special for Fatso if she got to see the influence she has on the internet to date?

Charlie: Yup. hold on and do a little air keyboard and have hugs.

Amy: What do you think Fatso would think about the popularity she has on the Internet?

Charlie: Fatso's tail would be straight up, vibrating... whilst walking slowly in a circle.

You can go to http://www.zazzle.com/charlieschmidt to order Keyboard Cat shirt :-)