A tabby cat who made a local supermarket his second home, has been immortalized with their first ever in-store memorial statue. 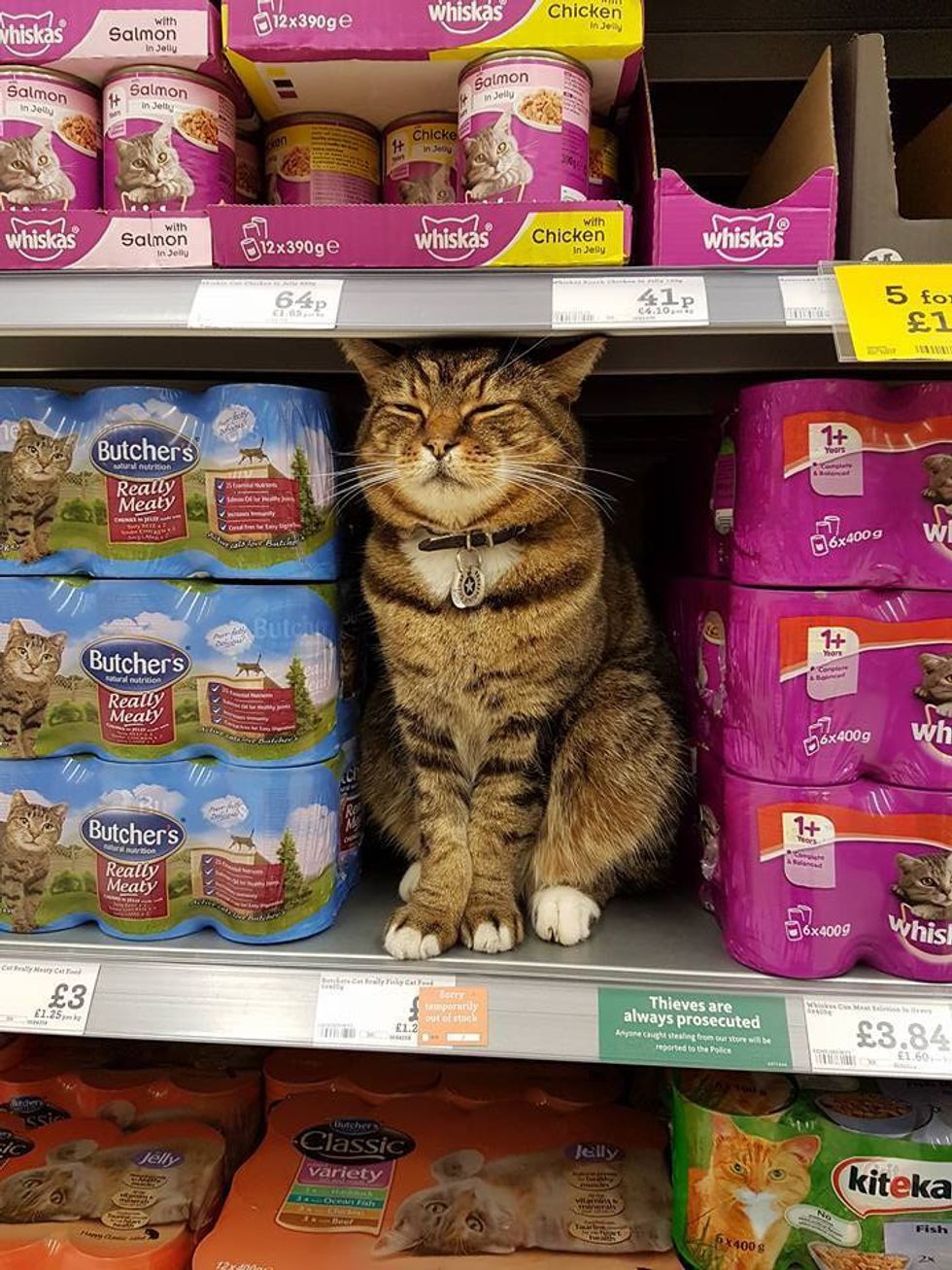 Brutus helped run the aisles and greet customers at the Morrisons supermarket in Saltney, UK. He never failed to bring smiles to customers when they walked into the store to an adorable tabby lounging about by the window, sitting on top of a recycling bin, ready for some head snuggles, nestling comfortably in a shopping chart, or trying to sneak in and up to the fish counter.

"Brutus won the hearts of thousands of local Morrisons shoppers as well as building a Facebook following from all over the world. The number of messages we've received has been overwhelming," Claire Owens, human mom of Brutus, told Love Meow in a press release.

The little charmer delighted people from all ages with his endearing "cattitude" and was there daily for everyone to love. Brutus strutted around like he owned the place, and he absolutely adored the camera. 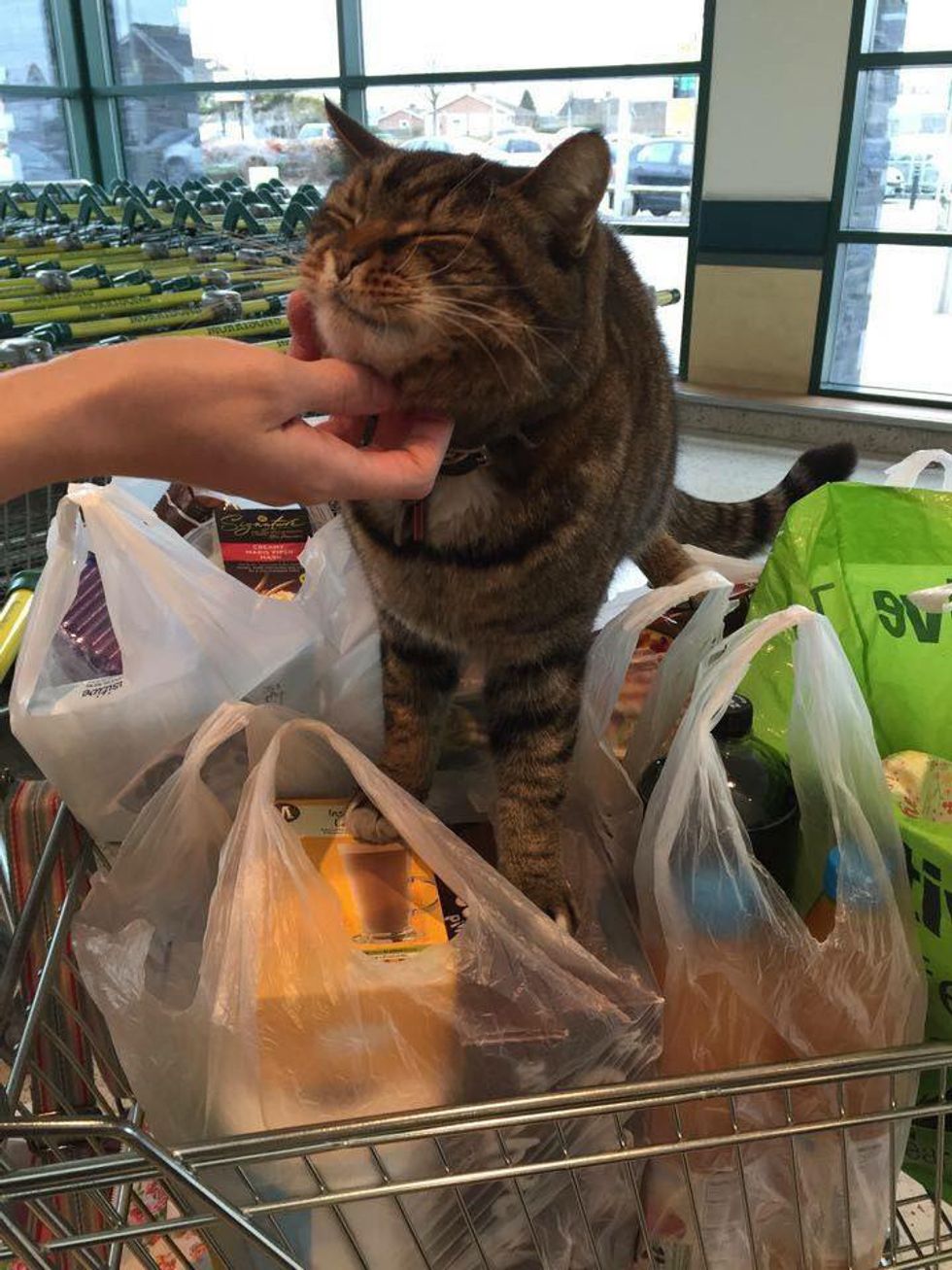 "Brutus making himself comfortable in my shopping trolley!" Laura Cozens

Brutus was a fixture at the store for about six years. In 2013, he was diagnosed with Polycystic kidney disease, an incurable condition that he was born with.

The sweet feline continued trekking down to the supermarket almost every day because being around customers made him the happiest kitty in the world. 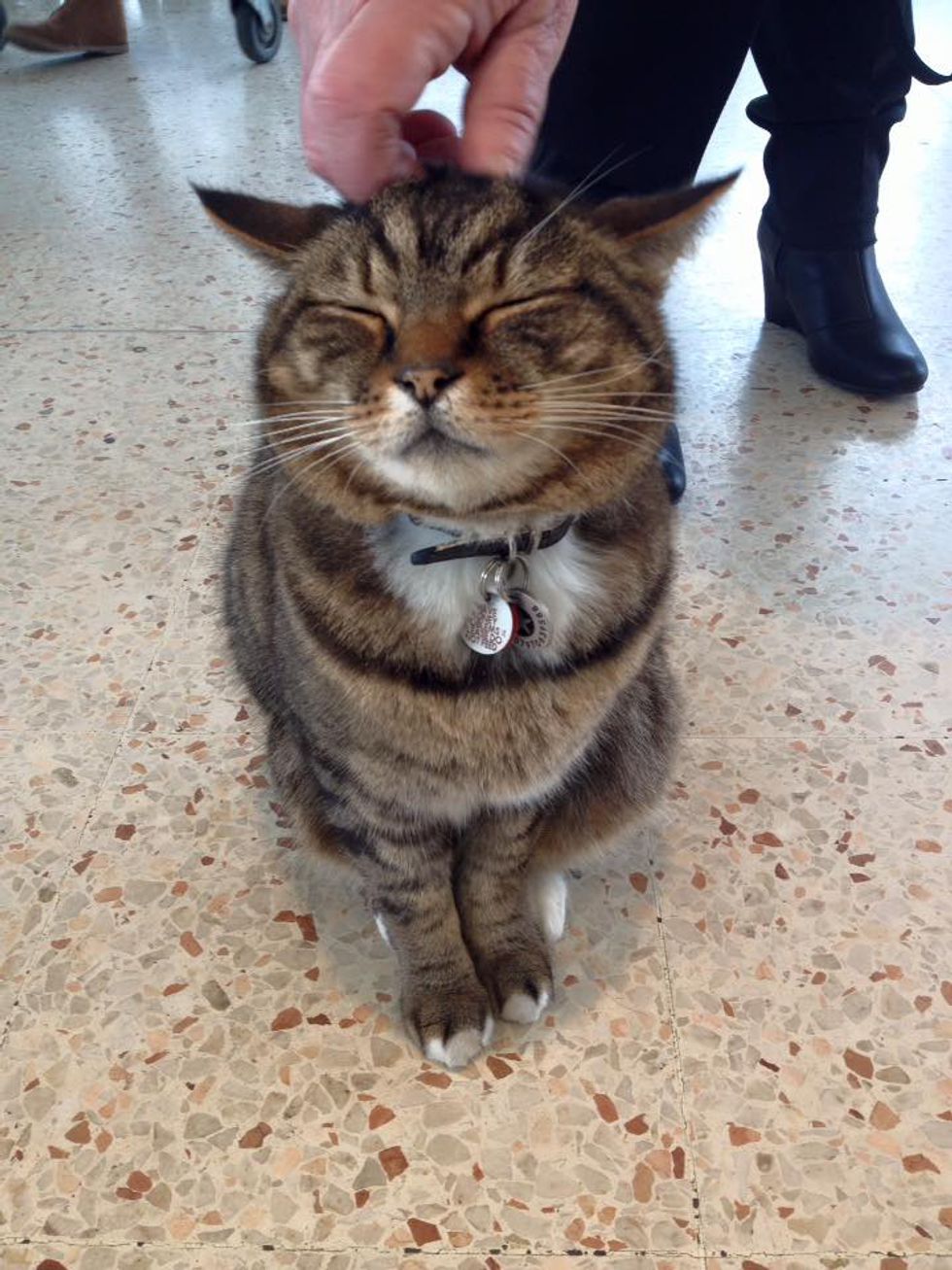 Since his passing on January 16th 2017, local shoppers and Brutus' admirers from around the world have raised £5,000 to build a permanent statue and make donations to local animal rescue groups in memory of their favorite feline greeter. Morrisons stepped in to donate £1,000 to ensure that the spirit of Brutus lives on at the store.

On September 10th, the statue, created by local sculptor, Jane Robbins, was officially unveiled at the supermarket. 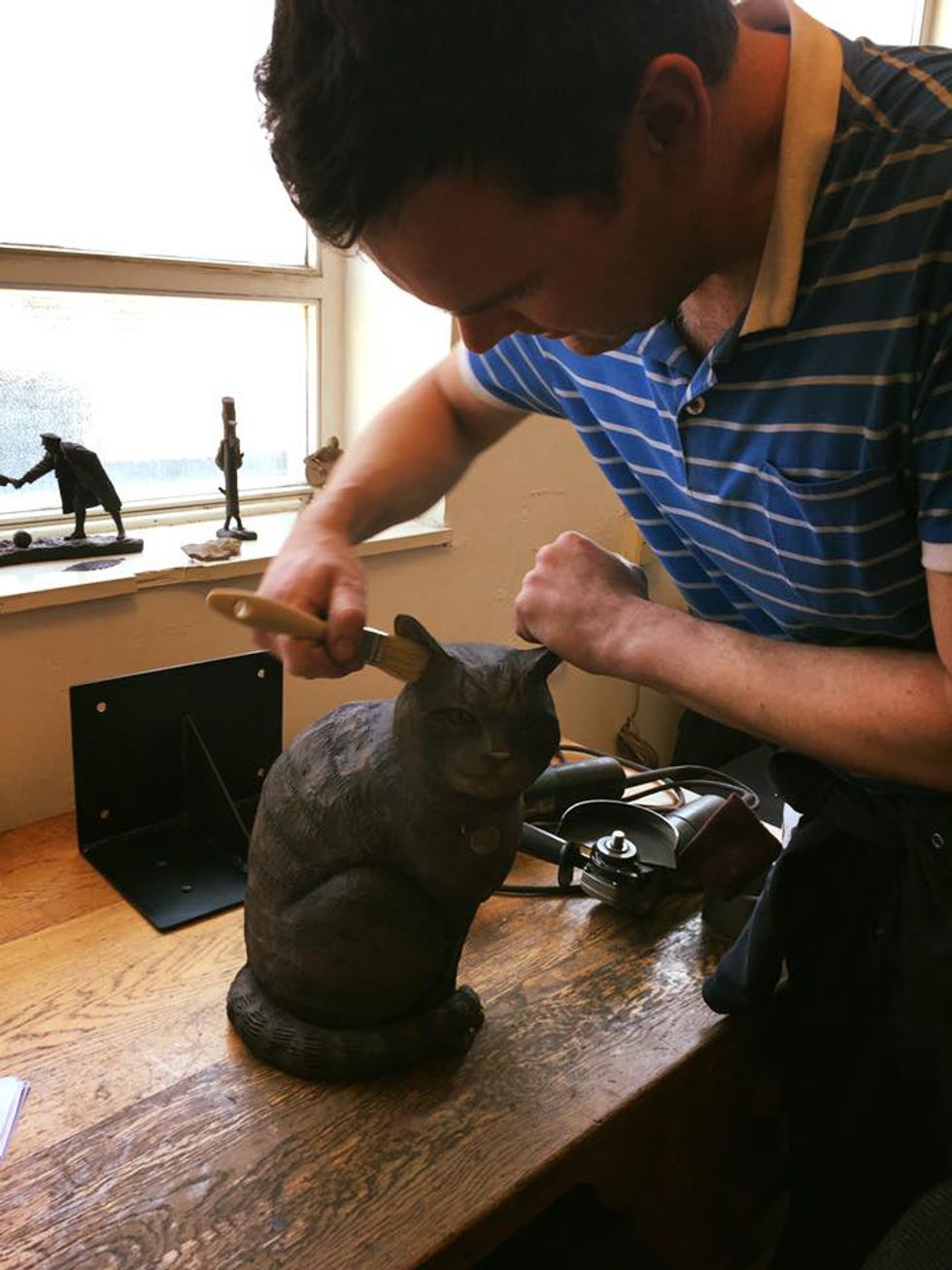 "Over the years, Brutus became like one of the family here at the store," Christine Joy, Store Manager at Morrisons Saltney, shared with Love Meow in a press release.

"Everyone loved our unofficial little store greeter and we couldn't be happier to be unveiling a statue that will celebrate his life and keep his memory alive." 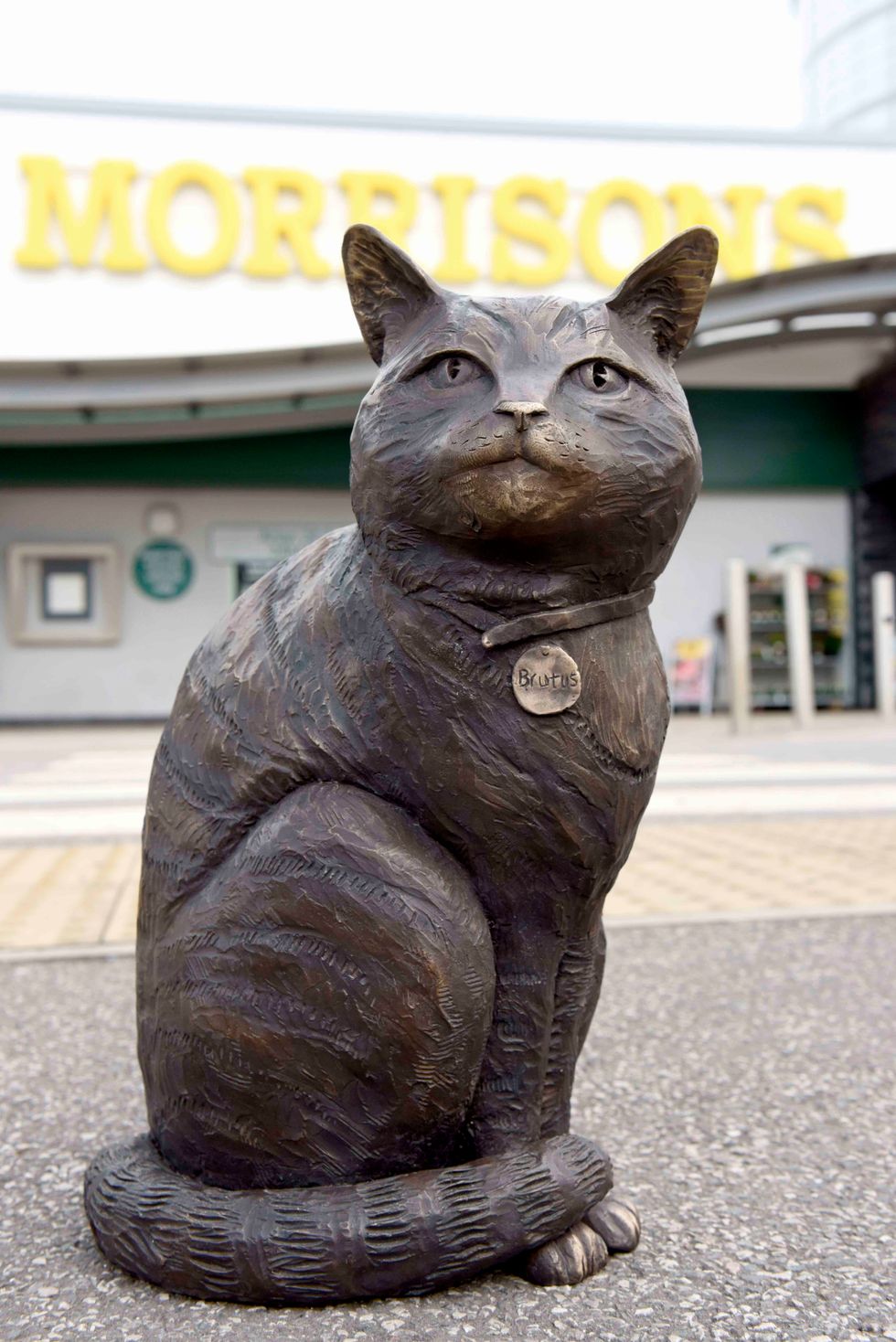 Just like Tombili, a beloved cat on the streets of Istanbul, Brutus has joined the very small number of pets that are immortalized with their own public statue. 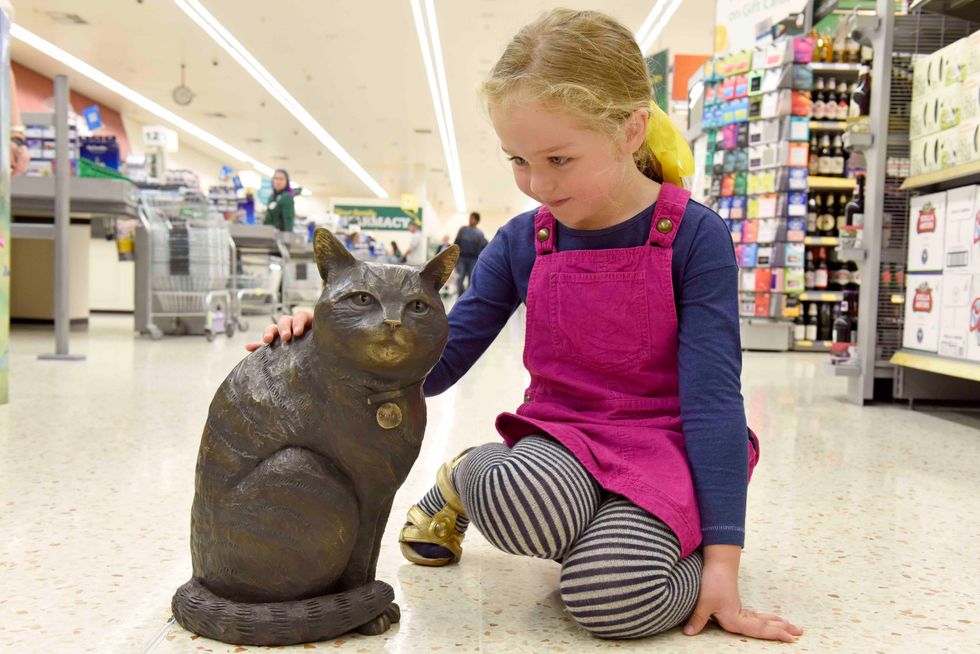 He's back at the supermarket greeting customers and supervising the aisles. 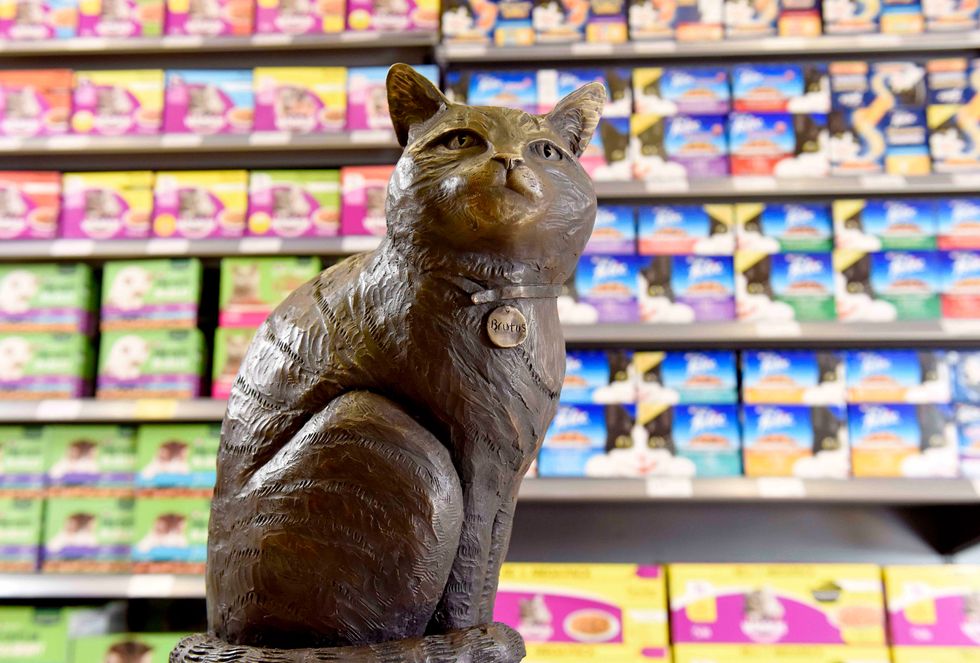 "It makes us happy to know that he brightened so many people's lives and now people have something to remember him by," Owens said.

"We thought that a memorial to honour Brutus is only fitting, so that shoppers can still say hello to him." 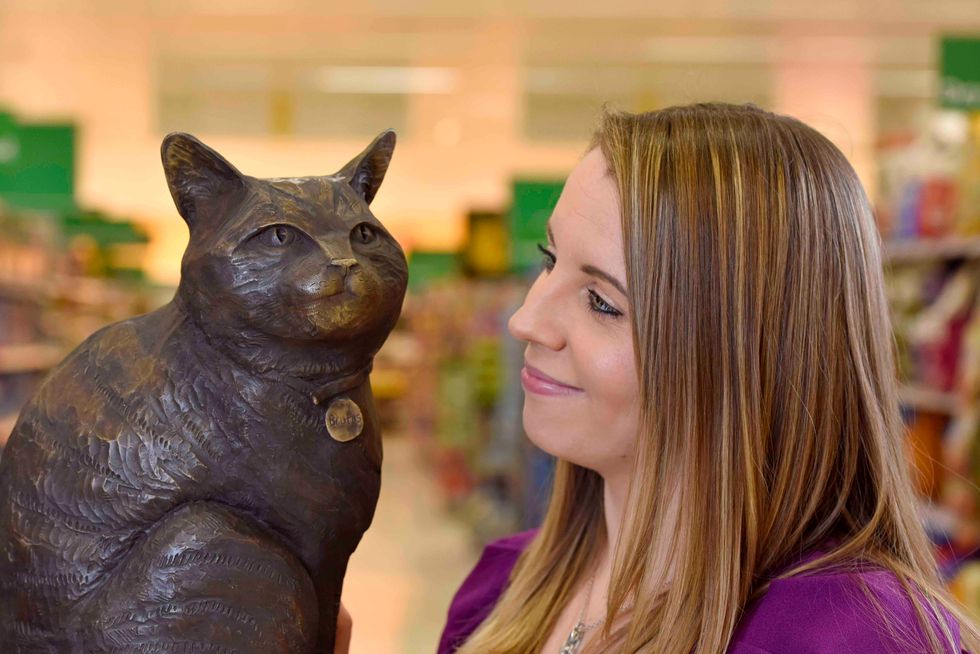 Now his love remains forever and his legacy lives on! 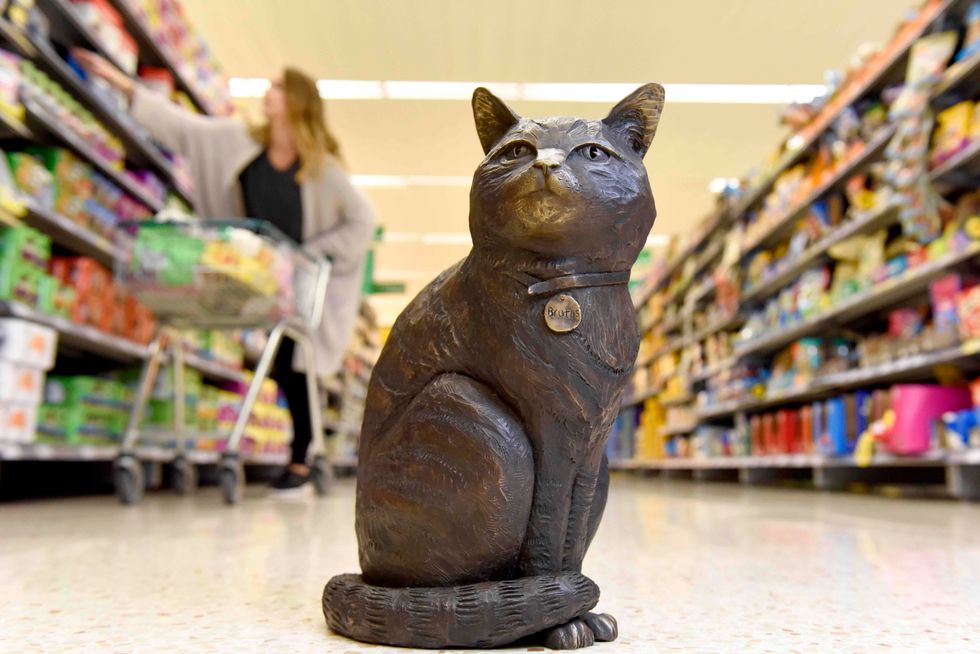