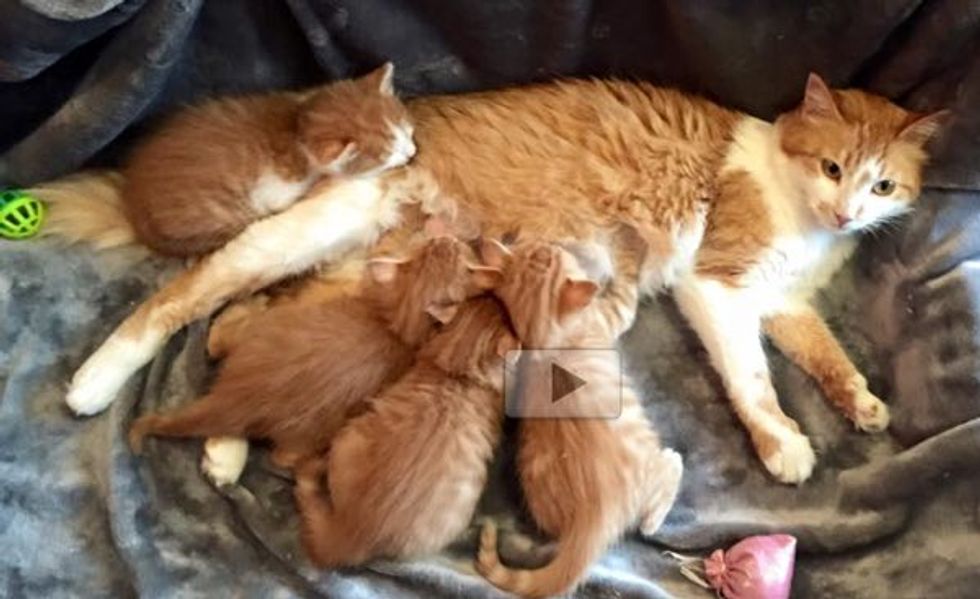 Stowaway Cats Saved by Sailors Find Foster Care in the US

A young cat mama stowed away aboard a foreign ship sailing from Algeciras, Spain to Houston, hoping to find a better life for her soon-to-be-born kittens.

"This sly and brave mama found her way into a pallet of food that was loaded onto a launch boat (a small vessel that delivers food and supplies to large vessels offshore) and transferred to the Houston-bound ship. Despite her bright orange coat, she managed to slip onto the ship’s deck without notice as the launch was unloaded," Friends of League City Animal Shelter wrote in a news release.

When the crew members spotted the orange and white cat on St. Patrick’s Day, she was very weak and soaking wet from a storm.

"After she was dried off and made comfortable, to the surprise of the crew, she gave birth to a beautiful orange and white kitten--a miniature version of herself. The insightful crew members decided to go out into the storm to check the area where she had been found in case there were additional babies. Sure enough, three more tiny kittens were found—wet and cold. They were hustled inside, dried off and placed in a comfortable towel-lined box that was warmed by a lamp. Here mama Frederica took over the care of her tiny charges." 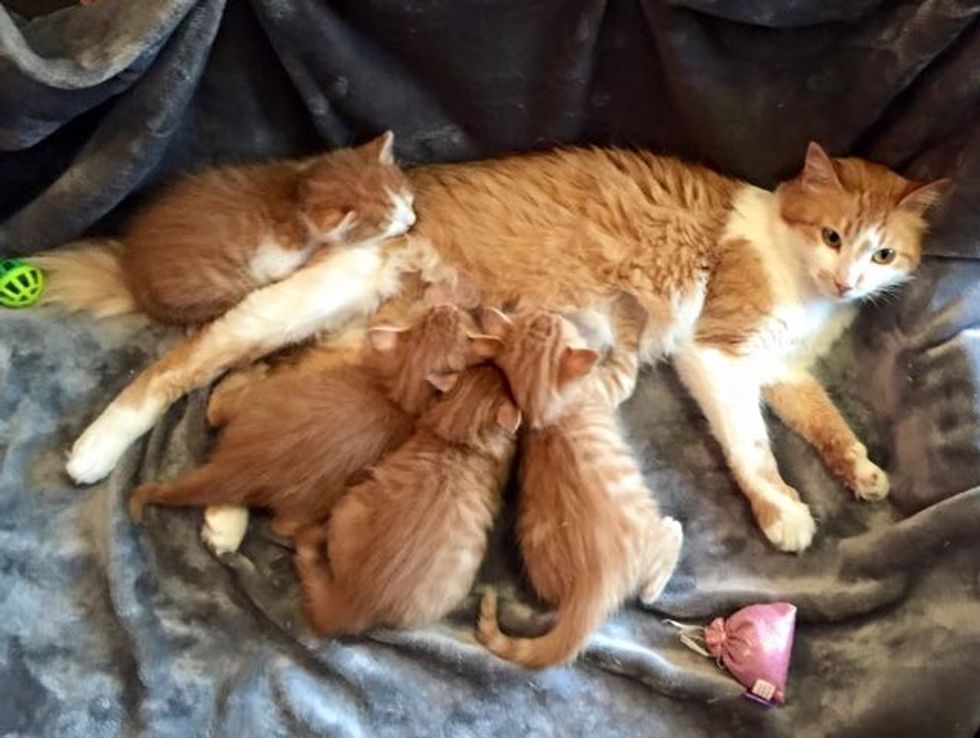 By the time the ship docked at the Port of the Houston, the crew had fallen in love with the furry family.

"They wanted the American dream for them," said Monica Millican of the Friends of League City Animal Shelter.

With help from the rescue organization, the cat mother, Frederica and her kittens Bravo, Zulu, Juliet, and India, are now living in the foster care in Millican's 'cat room.'

The only request from the crew is that the kittens retain their names, to remind their new humans that they crossed an ocean to find a new life.

"They have a great story that should be passed along." 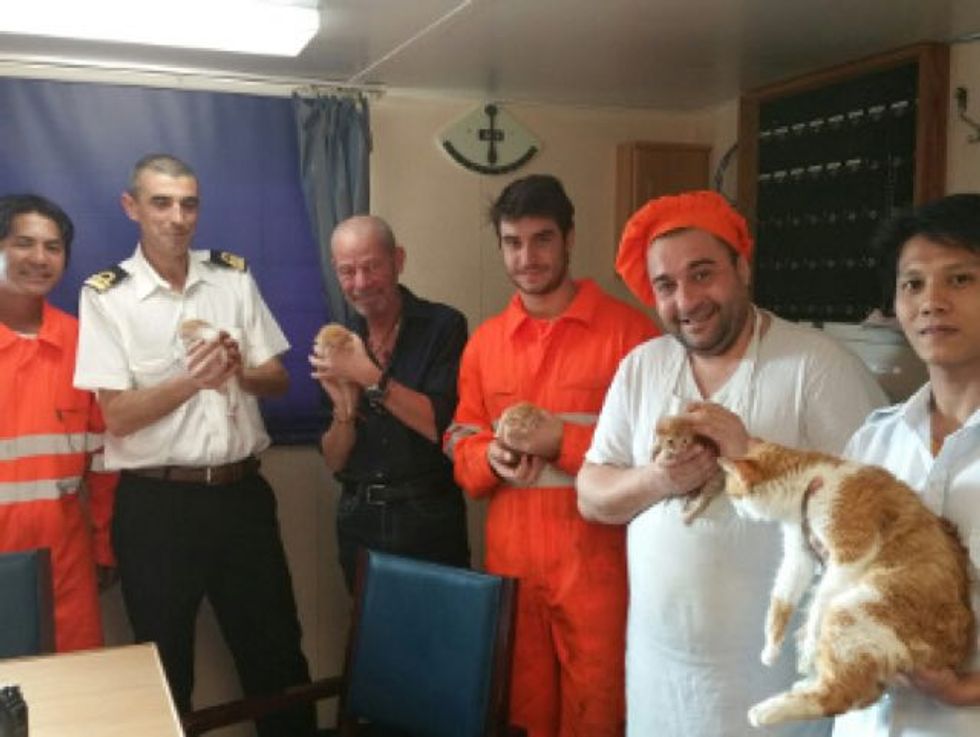 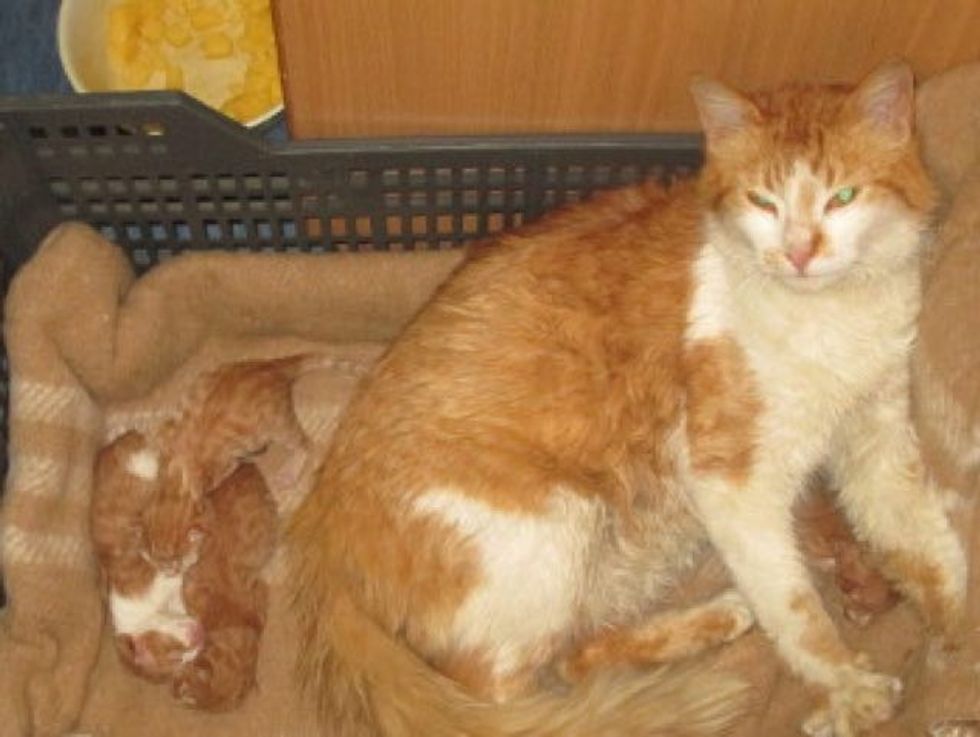 WATCH VIDEO: Stowaway cats find foster home in the US