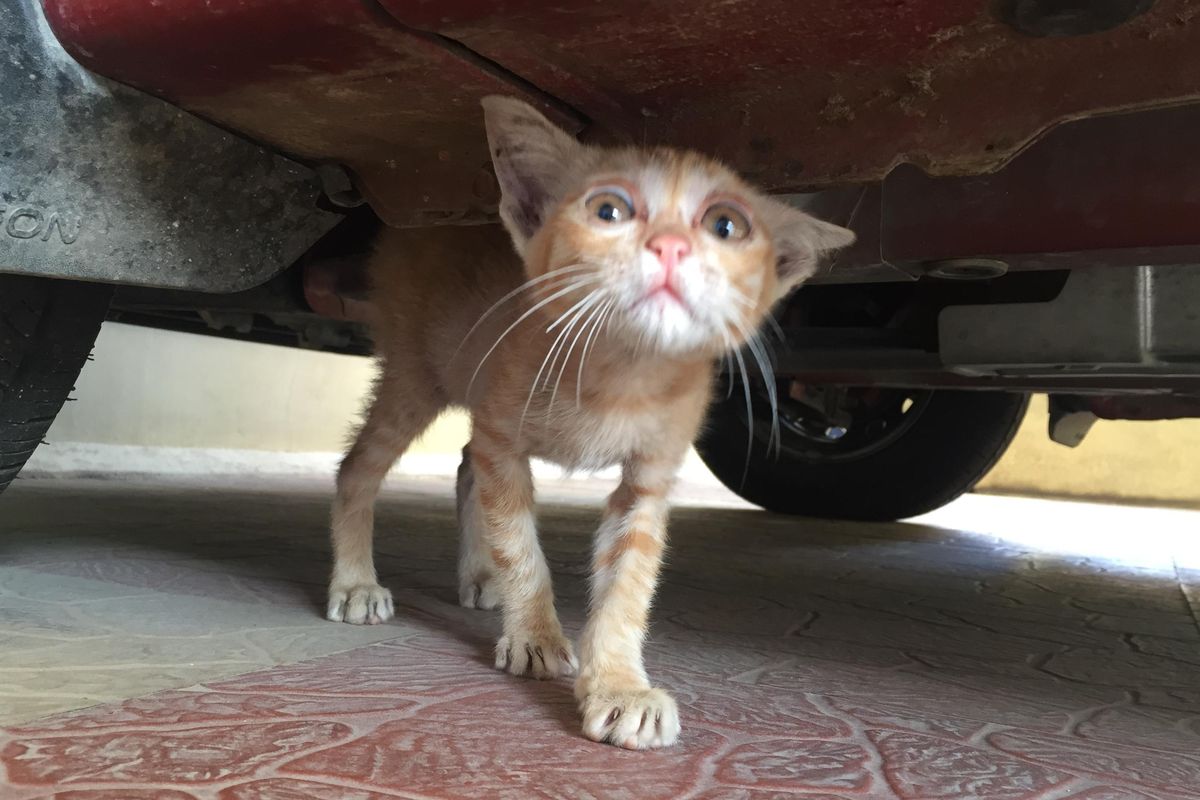 Stray Kitten Found Hiding Underneath Car with Saddest Eyes, What a Difference 6 Months of Love Makes..

A tiny ginger stray was found hiding underneath a car, howling for help. He was scared and alone... What a difference six months of love and care can make! 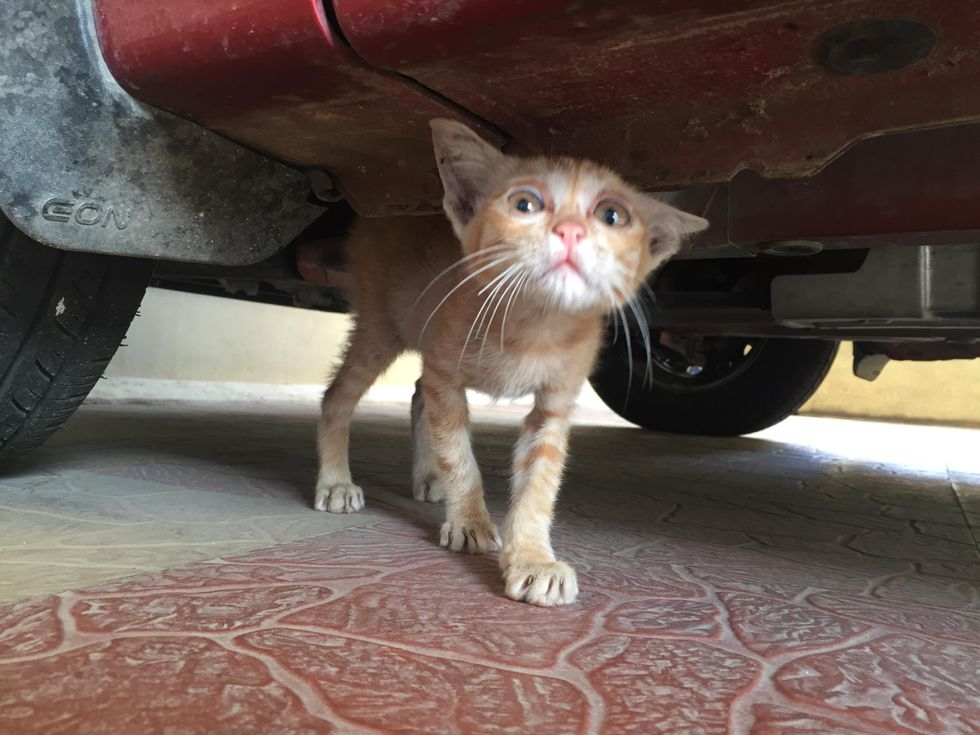 Dee was on her way to pick up her cat from her neighbors' when she heard a kitten's cry.

"We had gone on vacation and left (our cat) with my neighbors who kindly agreed to take care of her. While going to pick her up, I heard meowing. It was more like a pitiful cry," Dee told Love Meow.

She went to investigate and saw a scrawny ginger kitten hiding and cowering underneath a car in the neighbor's yard. He was just skin and bones, dirty and very hungry. 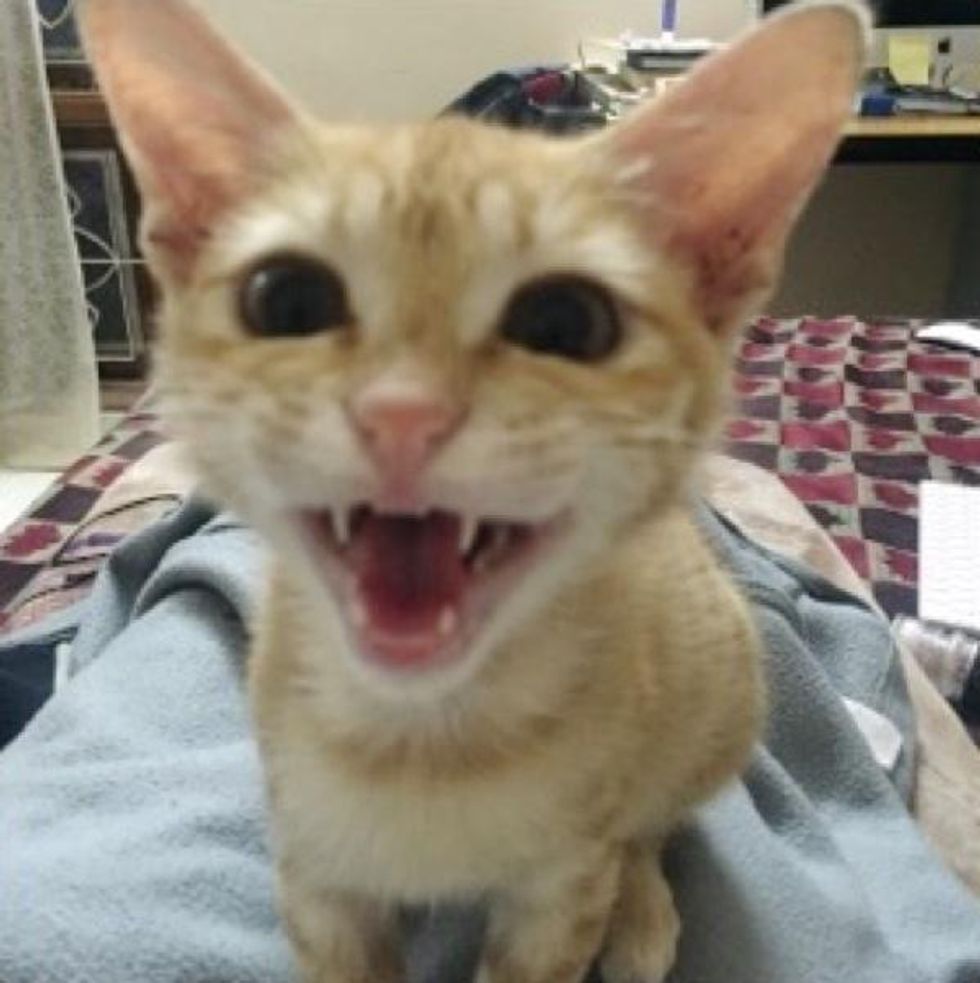 "I thought he'd run away scared but he came running when I called him thinking I had some food with me. Unfortunately, I didn't have any food," Dee told Love Meow.

She informed the neighbors about the little feline and rushed home to get a basket and some food, but by the time she returned, the kitten was nowhere to be found. She kept calling for him but it was to no avail. "Disappointed, I brought my cat home." 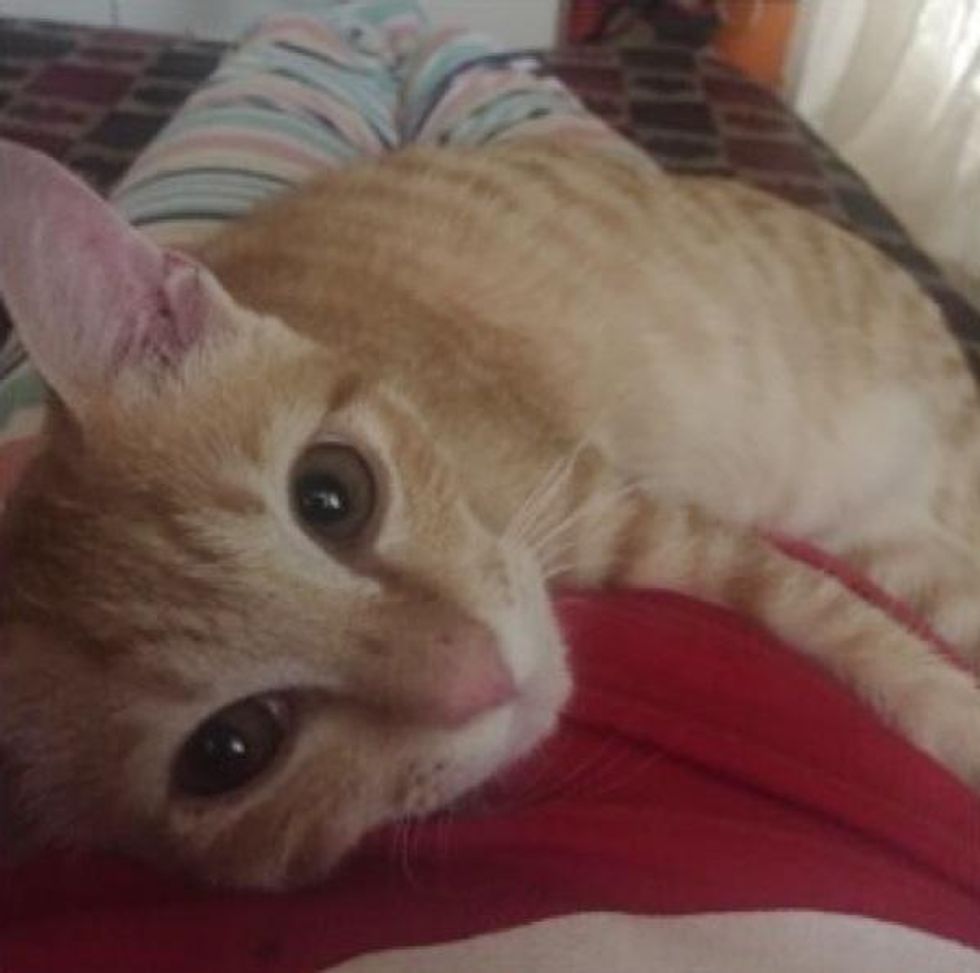 About two hours later, she received a call from the neighbors saying they had found the kitten. She grabbed the kitten food and the basket, and off she went.

The tiny ginger boy couldn't resist the food. He was starving. As he scarfed it down, Dee gently put him in the basket and brought him home. 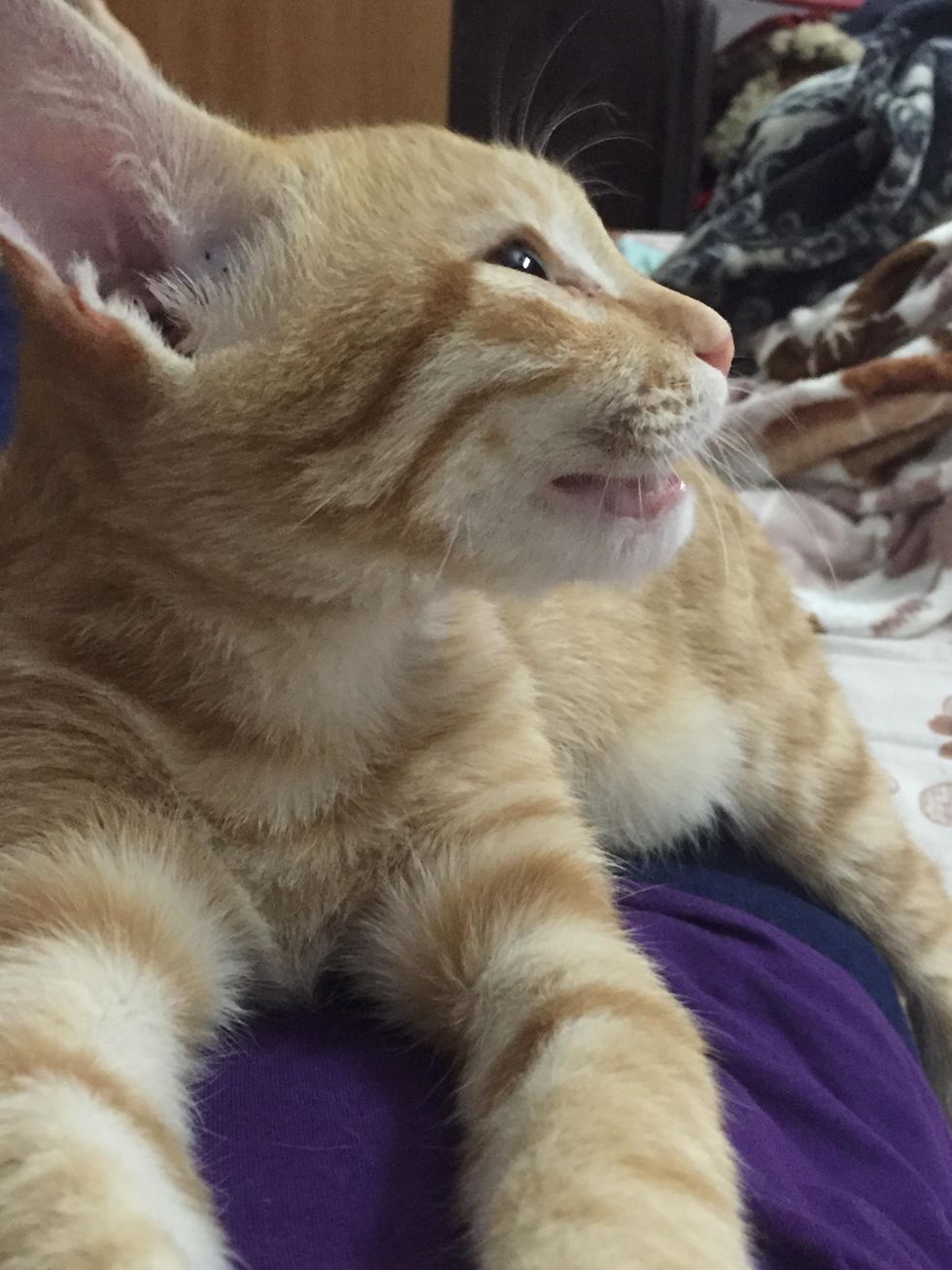 "He was in pretty bad shape, his hair was matted at the back, lot of dirt in his ears and fleas. I cleaned him with a wet wash cloth and took him to emergency vet. He was treated for dehydration, worms and fleas."

Over the next few days, Rufus spent most of his time napping and eating. Slowly but surely, he regained strength, put on some weight and came out of his shell. 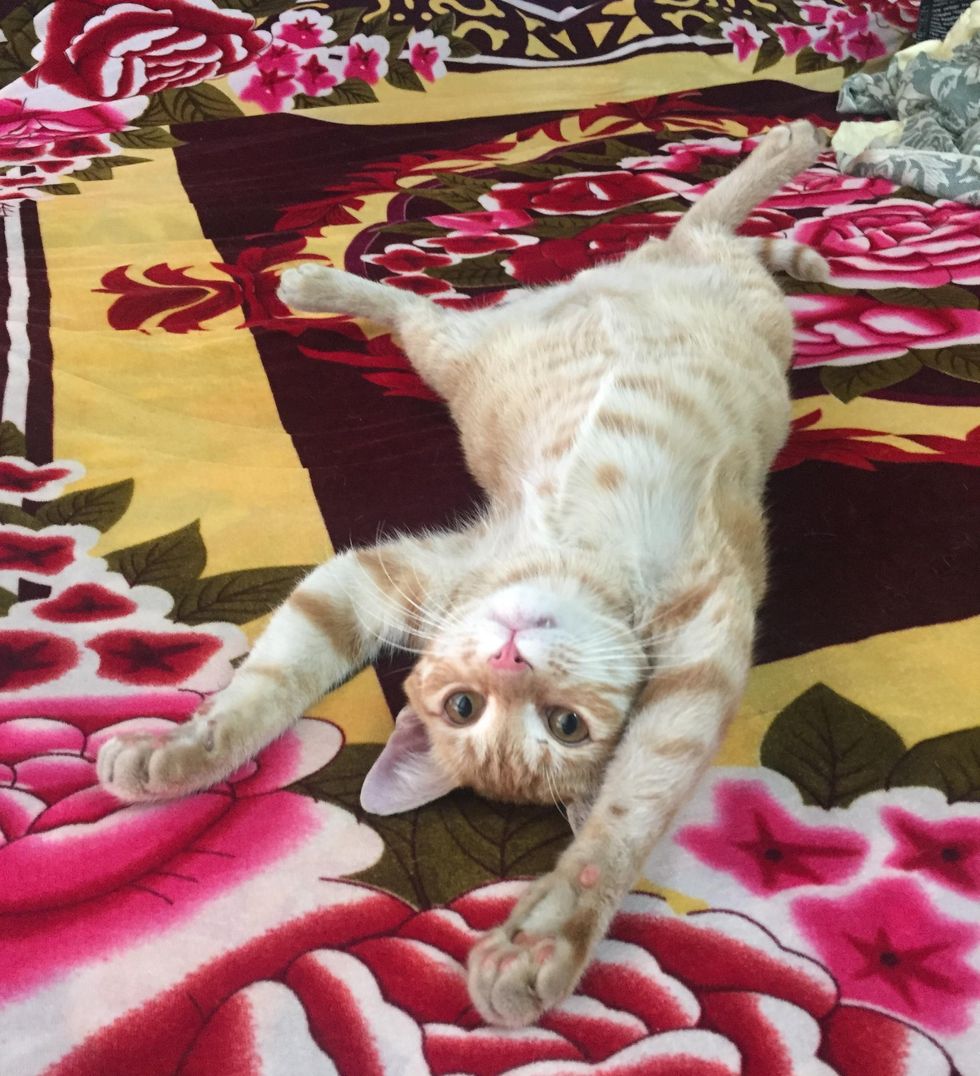 They put up photos of the kitty online but after several weeks, no one had come forward to claim him or show any interest to adopt him.

"In those three weeks every time he saw me or my dad he would light up! He was so friendly that when someone did offer to take him, we were completely in love and couldn't part with him." 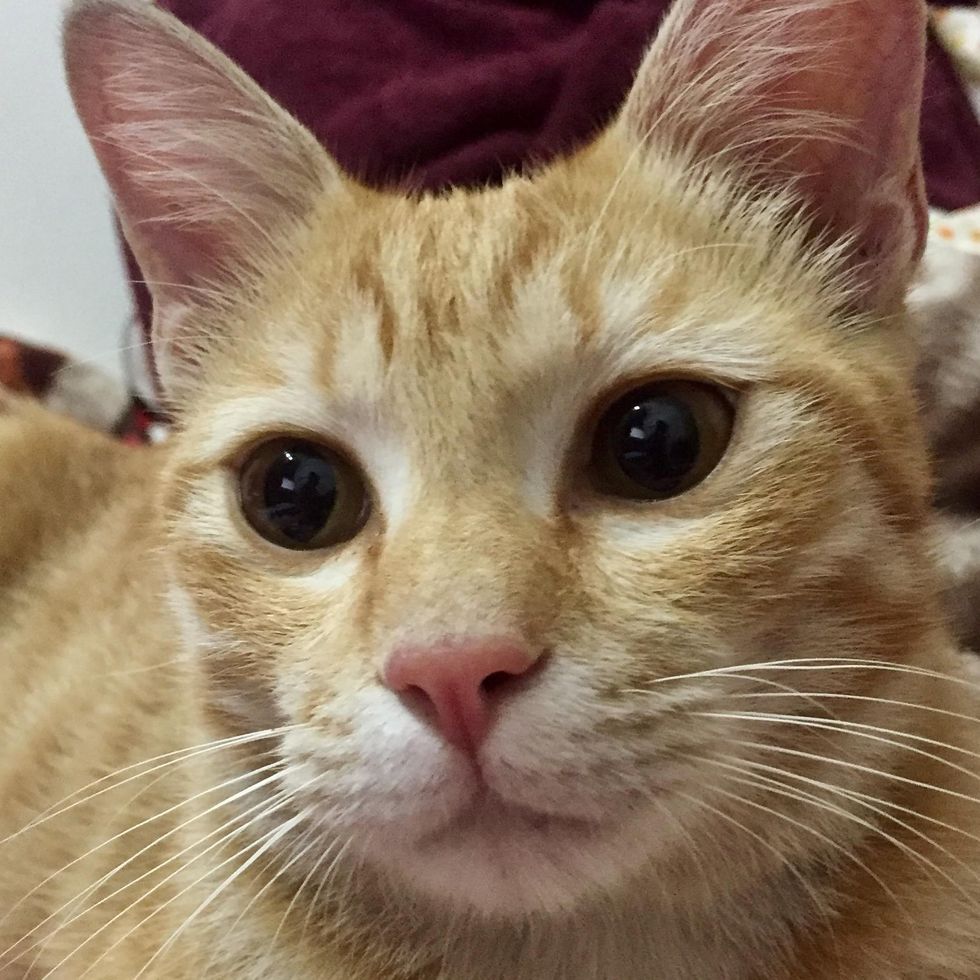 "In a month his fur became more dense and he became more vocal. He somehow bonded with my other cat pretty quickly and they are inseparable," Dee told Love Meow.

"I have since then also adopted another tabby boy and he gets along with the tabby like a house on fire." 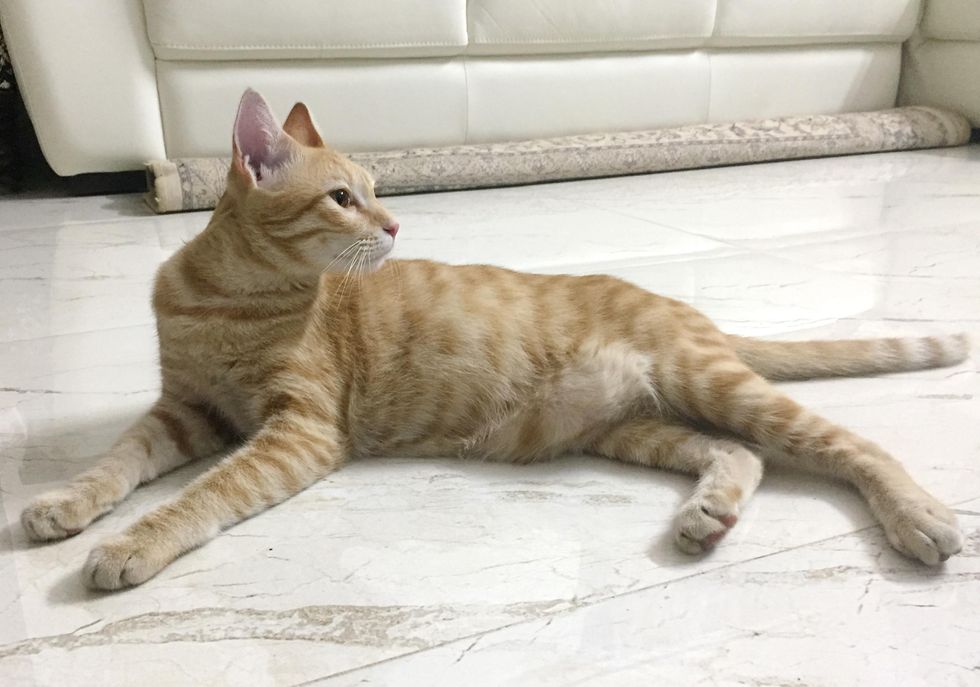 "He is uber sweet, runs behind butterflies, likes to lay down in the middle of the living room all stretched out and when we sit down, plonks himself on our laps. He meeps a lot and his call for food is different from when he wants water..."

Six months after the rescue... look at him now!

"Those eyes would have haunted me forever had I not brought him home. In many ways he has made my life better." 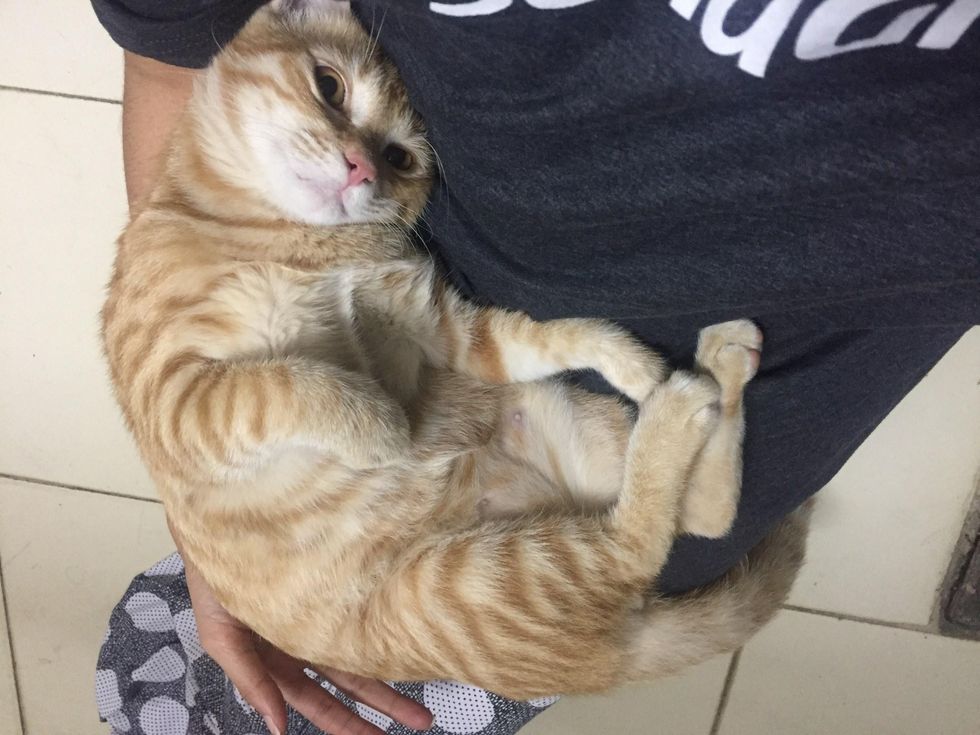 Share this story with your friends. (More info at @Rufusie)

Related story: Man Found Stray Kitten Clinging to Truck and Knew He Had to Help