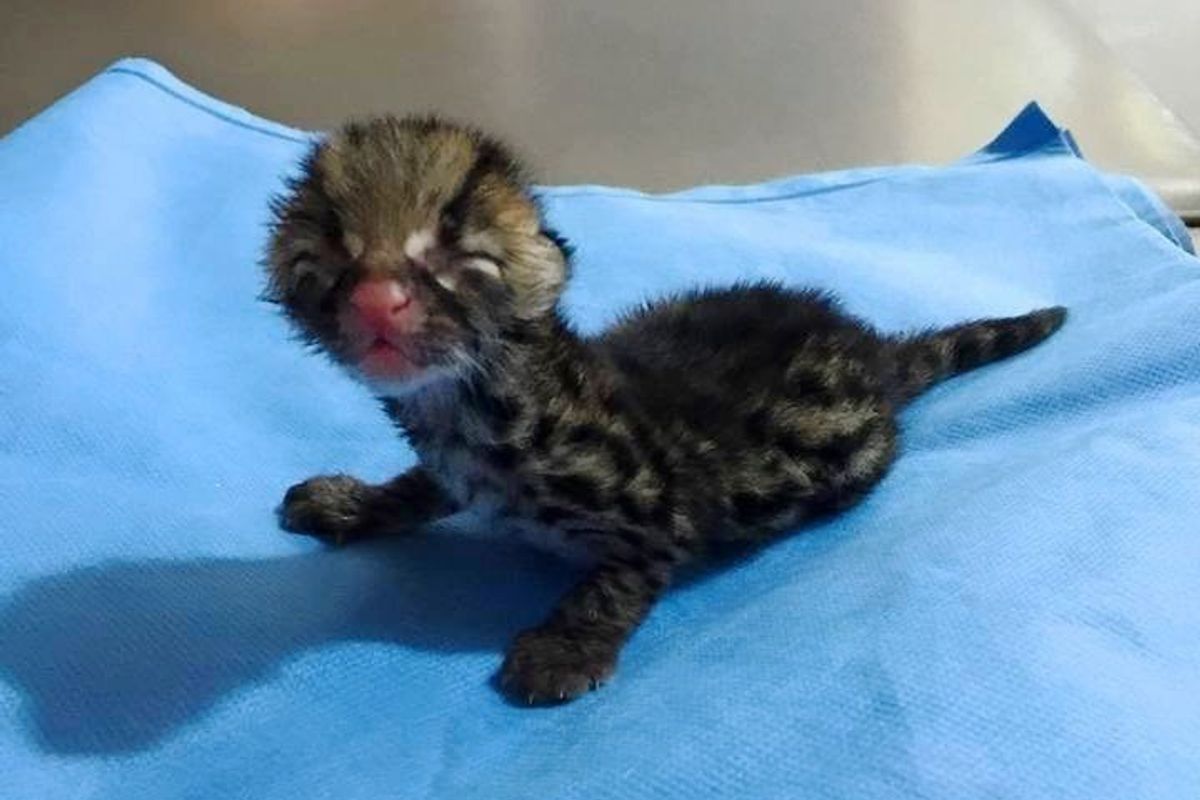 A teeny week old jungle cat lost his mom in a fire but was given a second chance at life.

He was the tiniest little thing! 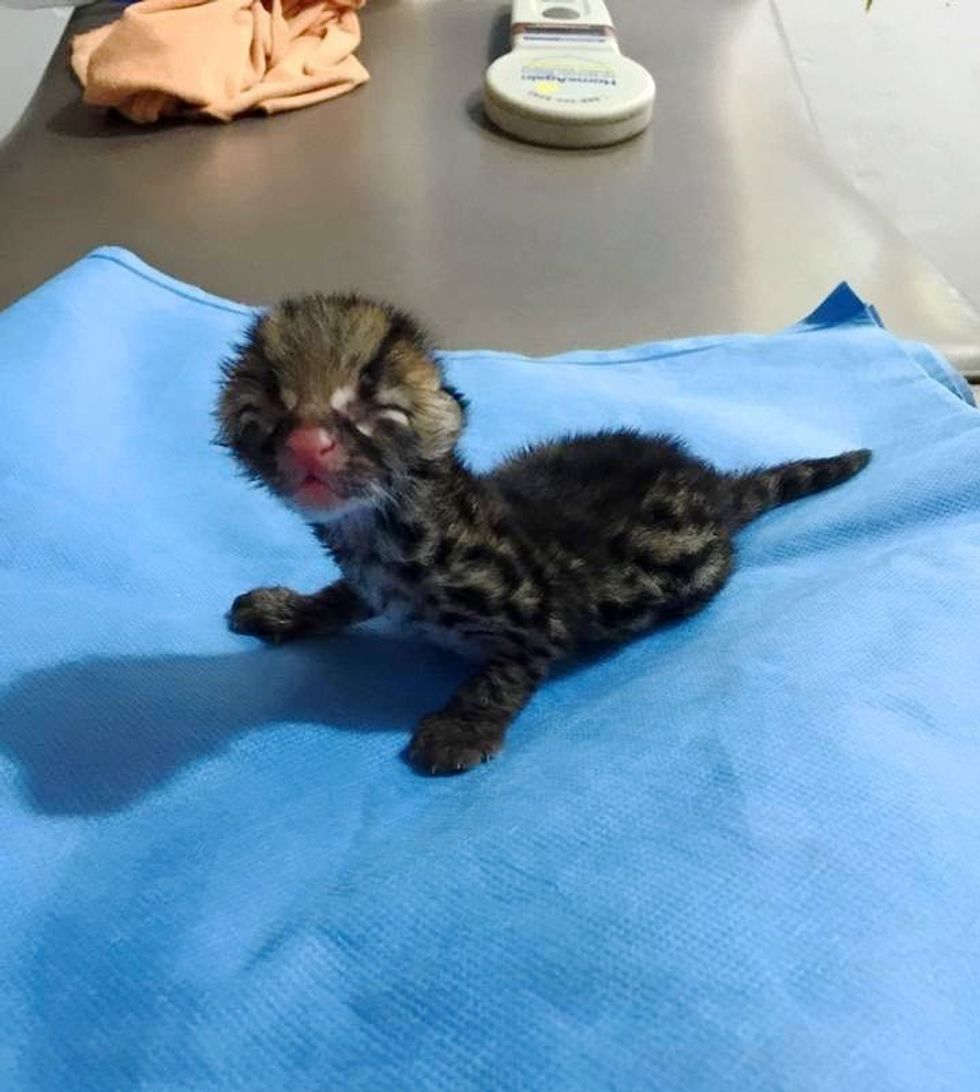 A baby jungle cat whose eyes hadn't even opened, was rescued from a raging forest fire by ARCAS, a wildlife rescue group in Guatemala.

"His mother was severely injured and sadly nowhere to be found," ARCAS wrote on Facebook. "Thanks for the timely call from locals at Santa Ana, Petén," they were able to get the little baby wildcat to safety and nursed him back to health.

The week old baby margay (Leopardus wiedii) was sniffing around when he arrived at the vet's office, trying to figure out his surroundings.

"Baby margay's first milk replacement under the care of ARCAS." 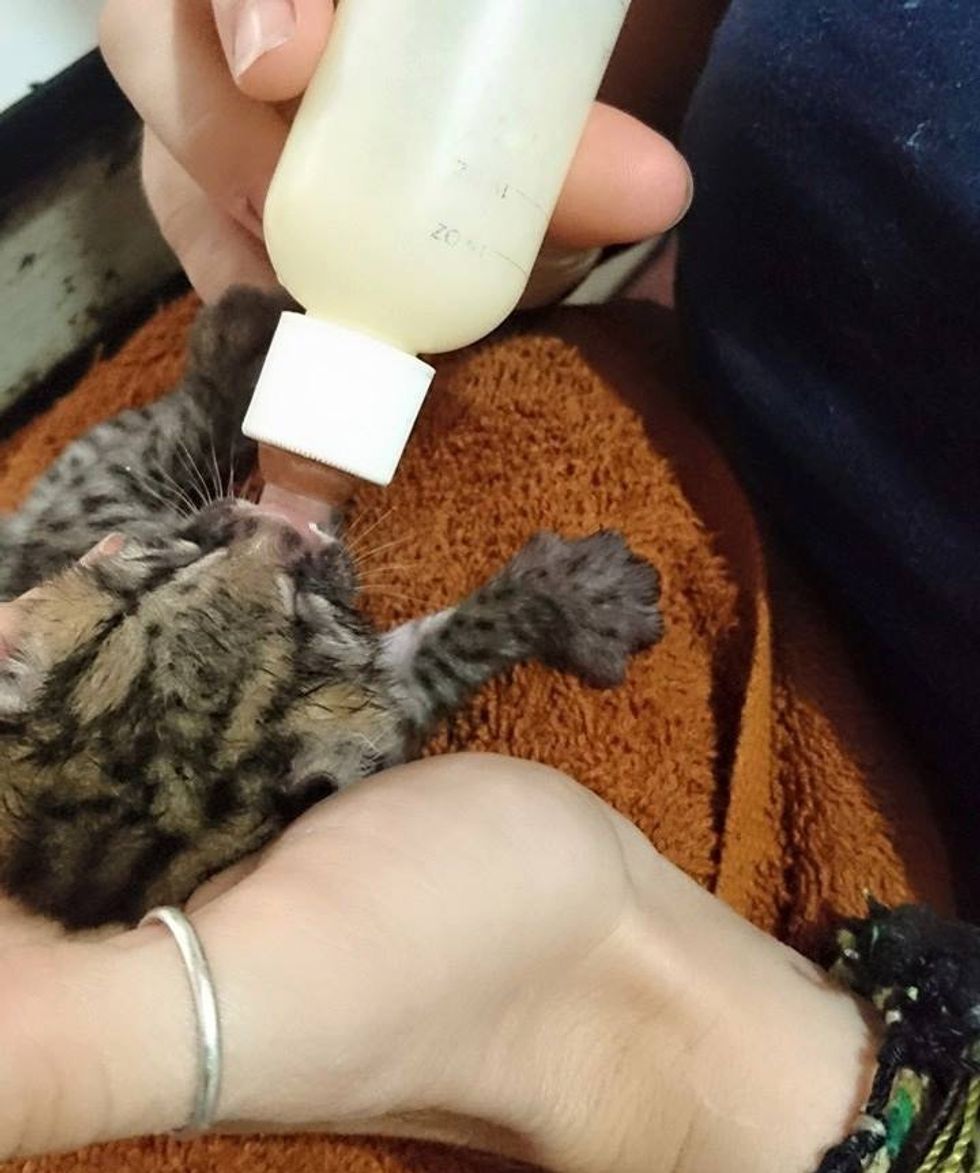 Margays are small wild cats with large eyes. They weigh from 9 - 20 lbs and can reach lengths of 34 - 52 inches. "This cat is often confused with its near relatives the Ocelot and the Oncilla. Their coats are very similar, and like the others – the Margay's is a tawny background patterned with black-ringed rosettes and elongated blotches," according to Big Cat Rescue.

They are nocturnal animals, so their extremely large eyes help in their nighttime vision. 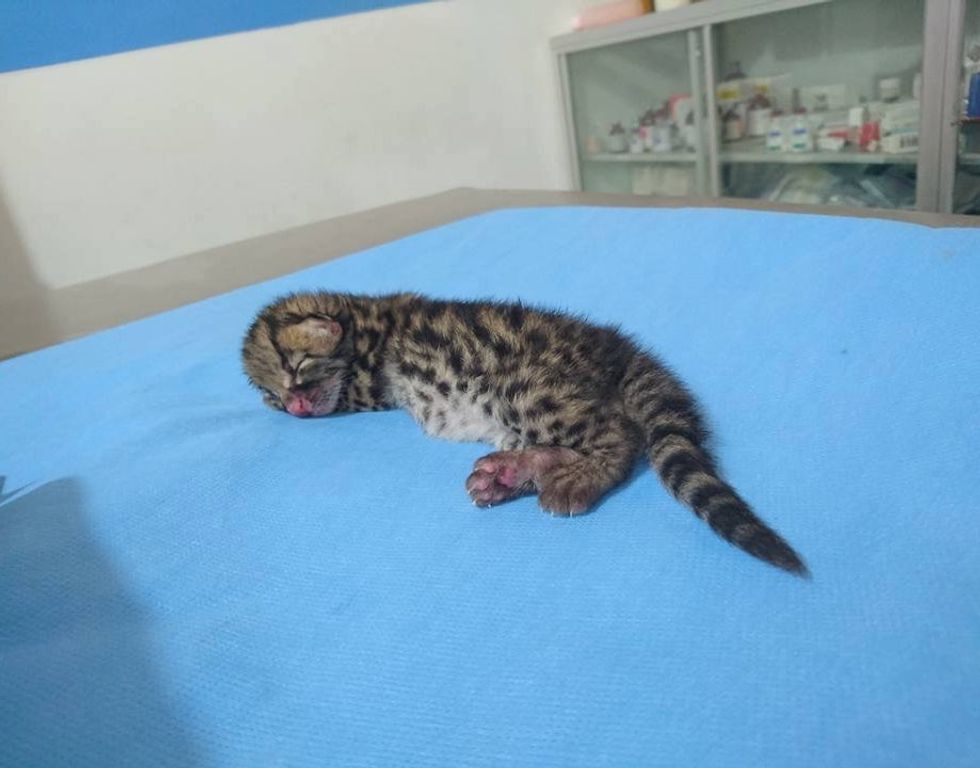 Baby margay getting some much needed rest after the ordeal.

These adorable animals are absolutely magnificent when they are fully grown.

"Of all of the felines, the Margay is most adapted for a true arboreal life. It is the only cat to possess the ability to rotate its hind legs 180, enabling it to run head first down trees like squirrels. It can also hang from a branch by one hind foot!" (Big Cat Rescue) 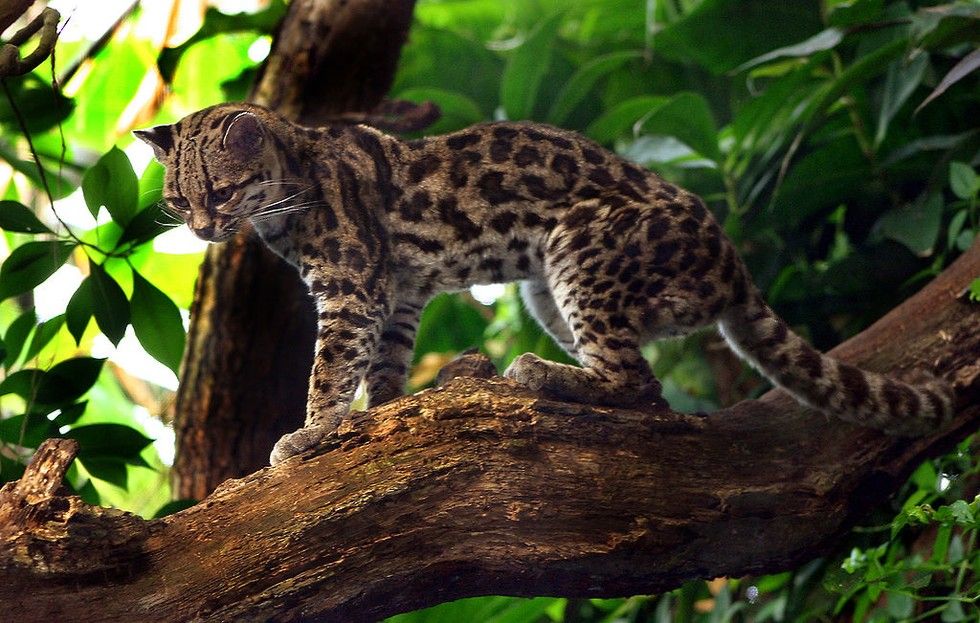 We hope the little baby Margay grows big and strong, just like this gorgeous adult Margay. 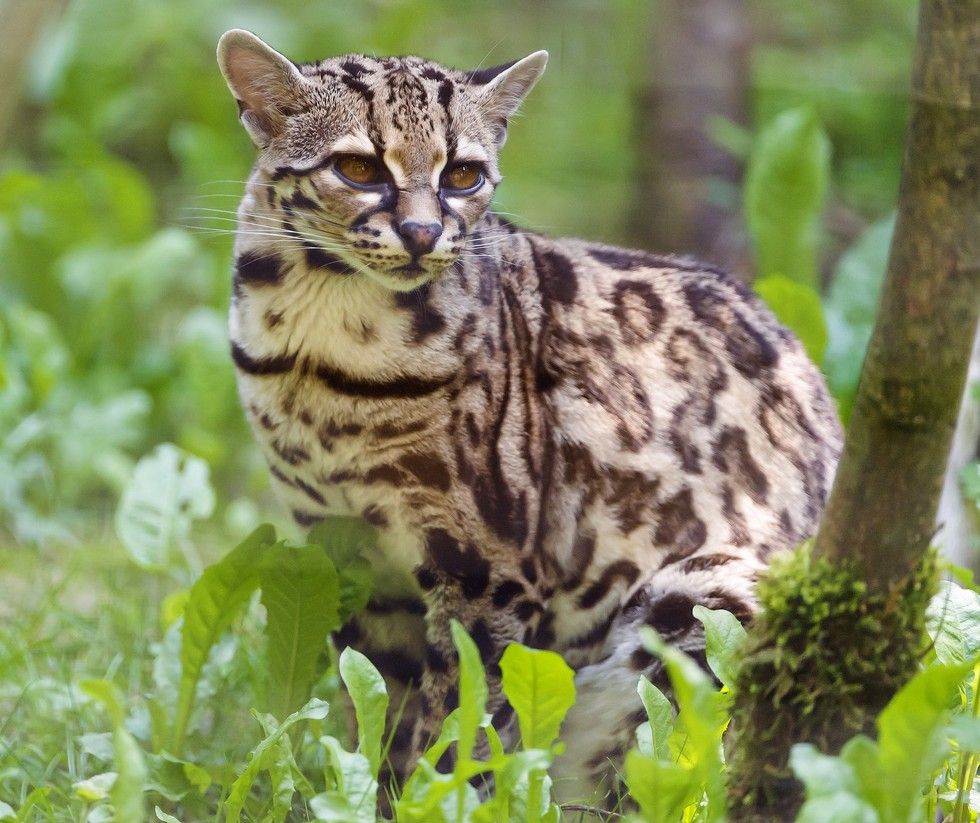 Share this story with your friends. If you would like to support ARCAS' rescue efforts, here's how you can help.