A tiny kitten couldn't bear being separated from his friend so he climbed through the opening of his enclosure and made it over to his next door neighbor, a young puppy who was waiting on his tiptoes.

This little guy just wanted a buddy to play with. 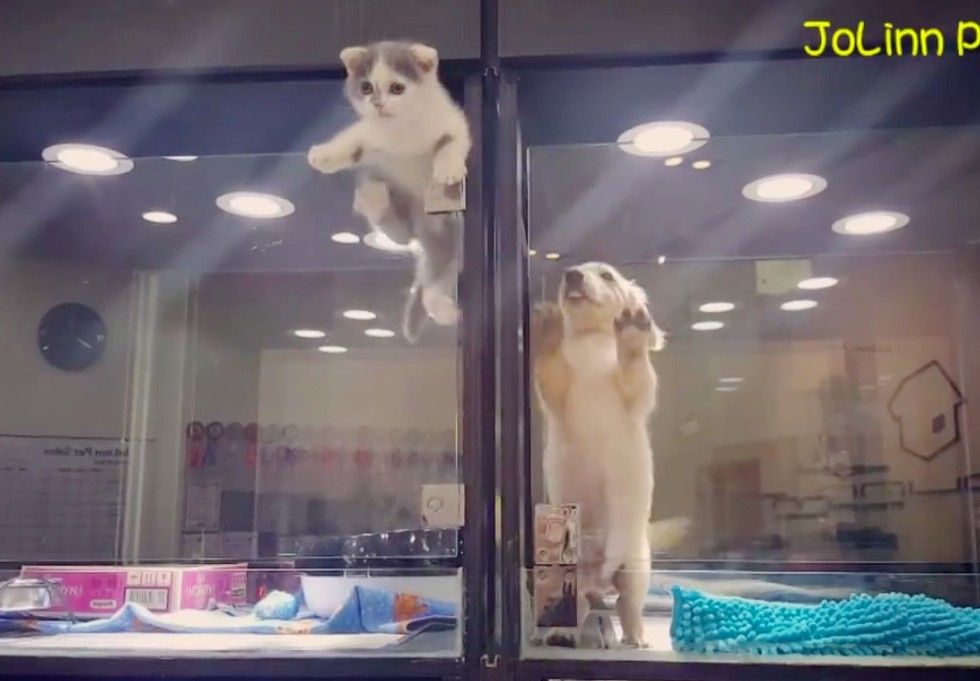 These two furry friends came from a pet store in Taiwan. It must have taken the Scottish Fold a lot of courage to make that escape for his friend whom he never met before that day.

According to the owner of the store, the kitten and the puppy saw each other for the first time when they were placed in two adjacent enclosures.

The two boys are very young (less than three months old). The kitten (named Miao Bitie) is especially playful and couldn't stand being alone. His buddy the pup hasn't got a name. At that age, kittens and puppies need a playmate/companion.

Soon after the kitten spotted a friend next to him but was unable to reach him, he made his climb, and the puppy couldn't be happier.

Many pet store animals don't get much opportunity to get properly socialized. This is just one of the many reasons why we shouldn't shop. There are millions of rescue animals in shelters that are waiting for their forever homes.

In a separate video, there are two litters of rescue kittens and puppies meeting and playing for the first time in a spacious room where they can run around and wrestle about. Best of all their caregivers at Maggie's Rescue make sure they are healthy, socialized and get adopted to wonderful forever homes.