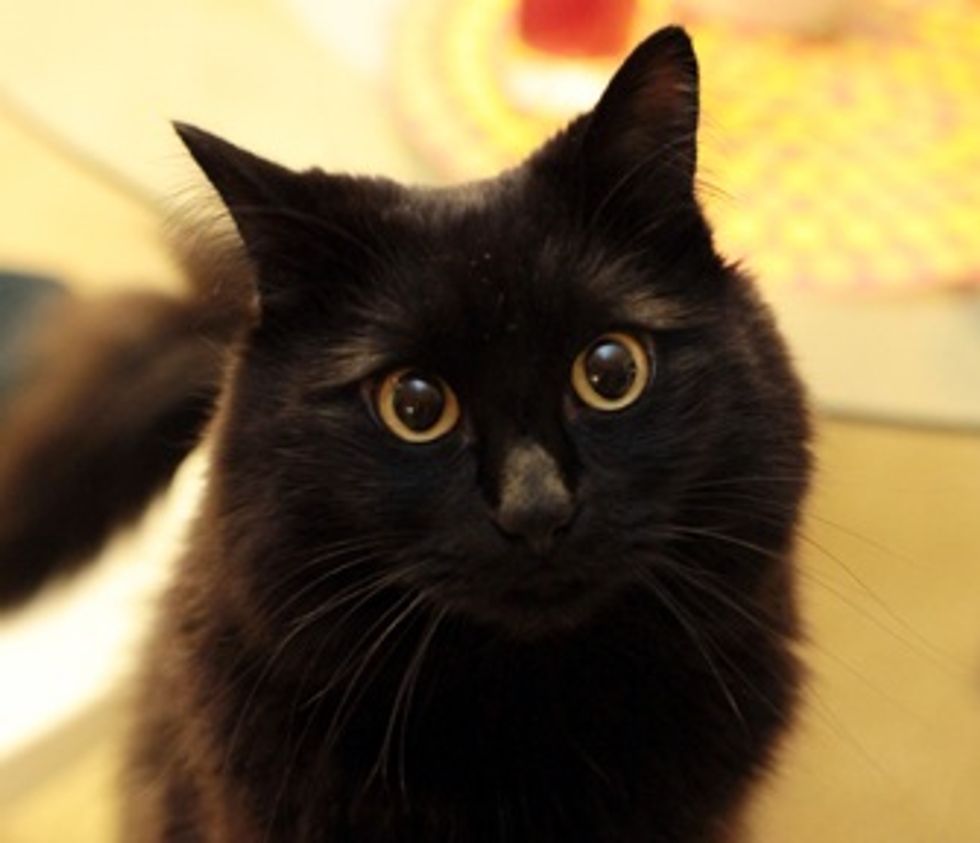 Theo, a Cat with an Uncanny Talent

They say men are unlikely to get attached to cats. They also say that black cats are one of the least adoptable pets at the shelter in the United States. But these stereotypes did not stop Shinji Kasahara, a Japanese PhD student at the University of Washington in Seattle from showing the world how much he adores his lovely black cat, Theo, who has an uncanny talent.

Theo is no ordinary cat. It seems that fate has connected the two together. When Shinji was visiting the Seattle Animal Shelter back in 2007, an one-year-old black kitty came up to him from the cage and started a heart-felt conversation with him right off the bat. Shinji was very intrigued so he removed the kitty from the cage and placed him on his lap. It was like love at first sight, Theo started kissing and nuzzling this man that he only met for the first time. It was as if Theo had decided that Shinji should be the one to take him home. And so he did.

Theo is quite a chatterbox. He talks about everything and anything. Six months after he moved into his new home, Shinji started to realize that he began to understand some of the ramblings that came from Theo's tiny little mouth. Later, it became so clear to him that they were able to carry deeper and longer conversations together. Theo had picked up many words in Japanese. It was something that Shinji had never seen before.

When Shinji gets up in the morning, Theo comes over, rubs his head against him and says "Ohayou" which means "good morning." When Shinji gets home from school, the little black furry greets him by saying "Okaeri" which translates into "welcome back." If Theo is in a good mood, he adds "futari-no-jikan" which means "it's time for two of us." However, if Shinji does not return home on time, it puts Theo in a bad mood and he is not shy about voicing it. He wears his heart on his sleeve and calls Shinji a "baka-yarou" which means "idoit."

Shinji was so impressed by Theo. He decided to blog about it and make YouTube videos to document Theo's life. What this led to was something that Shinji had never expected.

Just one year after sharing his stories about his beloved cat on the Internet, many Japanese TV shows contacted him, wanting to feature Theo on their programs. Theo became an overnight sensation and instantly gained tens of thousands of fans from Japan.

But to Shinji, Theo is his best friend and the love of his life.

"There is so much joy living with him and sharing his pictures and videos with others," said Shinji.

From a woman's perspective, I believe that real men love cats. As a cat lover, I think black cats are absolutely gorgeous and they have that extra something that makes them special.