They Shut Down Subway to Save Stray Cat Trapped Underneath Tracks, Now a Year Later...

A stray cat was found trapped underneath the subway tracks in Bronx, New York. When a couple heard the cat's cries, they jumped into action to save him, not before the kitty shut down an entire train line for an hour. 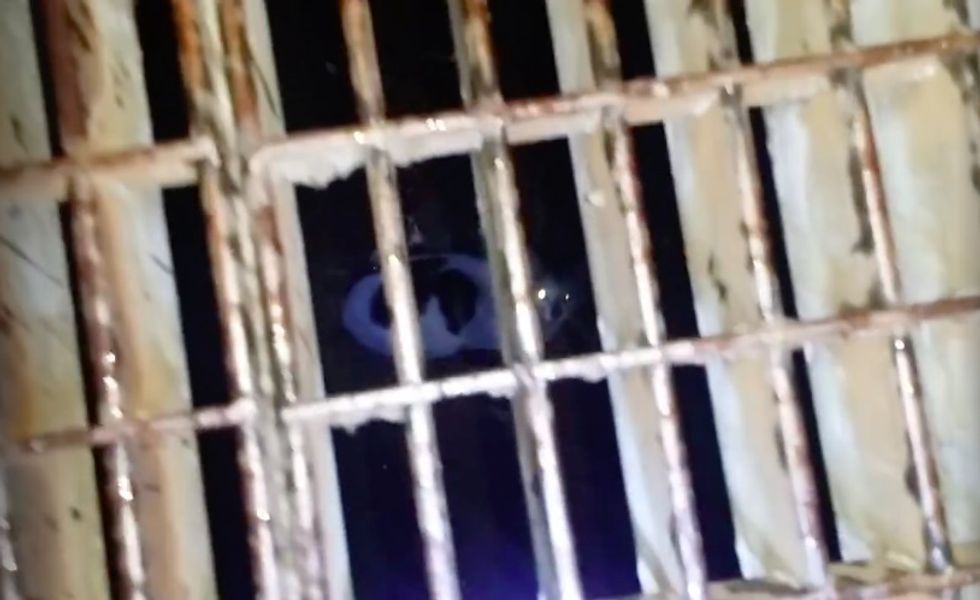 A stray cat that had been wandering the subway system in New York City and no one was able to rescue him. Neighbors had kept him alive for a little more than a week by dropping food down the sidewalk grate.

When a couple, Angela and Ian Dunford, heard his meowing, they sprang into action to save him. "It was Angela's pleas for help that mobilized rescuers and the NYPD," Magnificat Cat Rescue and Rehoming (all-volunteer rescue group in Bronx, NY) said.

"A small white cat with grey markings and a loud cry had gotten my husband's attention about a week prior on his way to work," Angela shares with Love Meow. "He had been walking to the subway and heard the cat crying from beneath a grate in the sidewalk. We began the process of getting him rescued."

People from all over social media came together to help. Nancy Giron, a volunteer of Magnificat Cat Rescue and Rehoming, came with a carrier. "After I got a clear sighting of the wayward feline and confirmed he was there, everyone showed up," she said. "MTA workers, Transit Police, NYPD, a bunch of neighbors and even a dog." 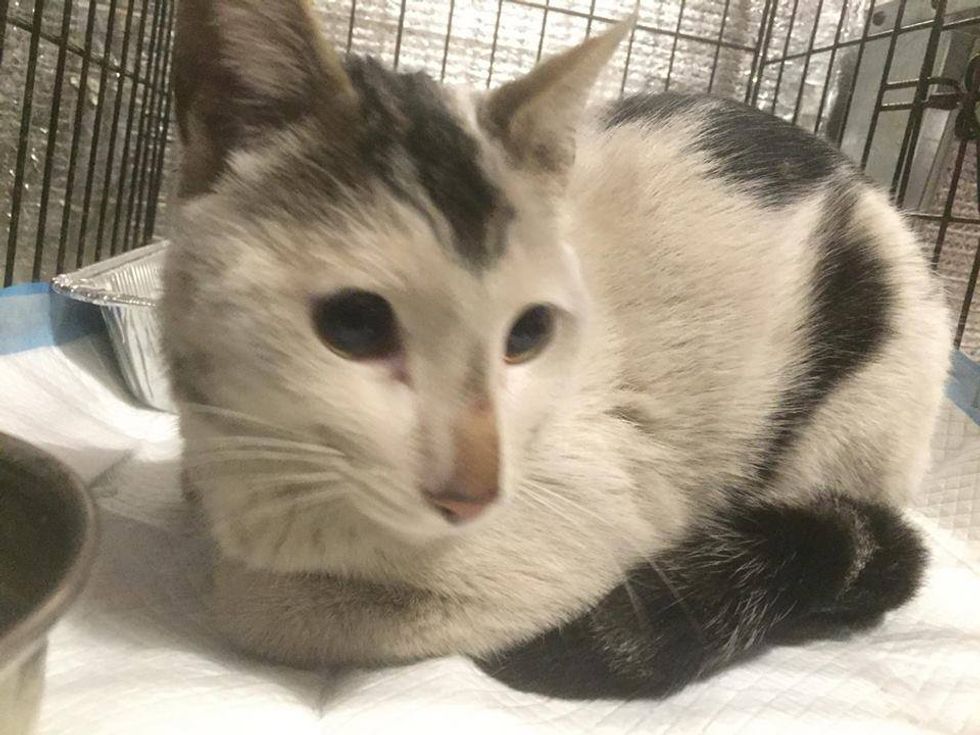 Local rescuer John Sibley provided a trap, and all through the night, the NYPD Transit Unit 12 came back periodically to check on it. The next day, volunteers and NYPD kept a watchful eye on the trap but the cat never came back until dusk - finally they got him!

"Many, many tweets, Instagram posts, phone calls and new friends later, Subway Dunford was safe. Not before he had shut down traffic on the 6 line for an hour," Angela said. 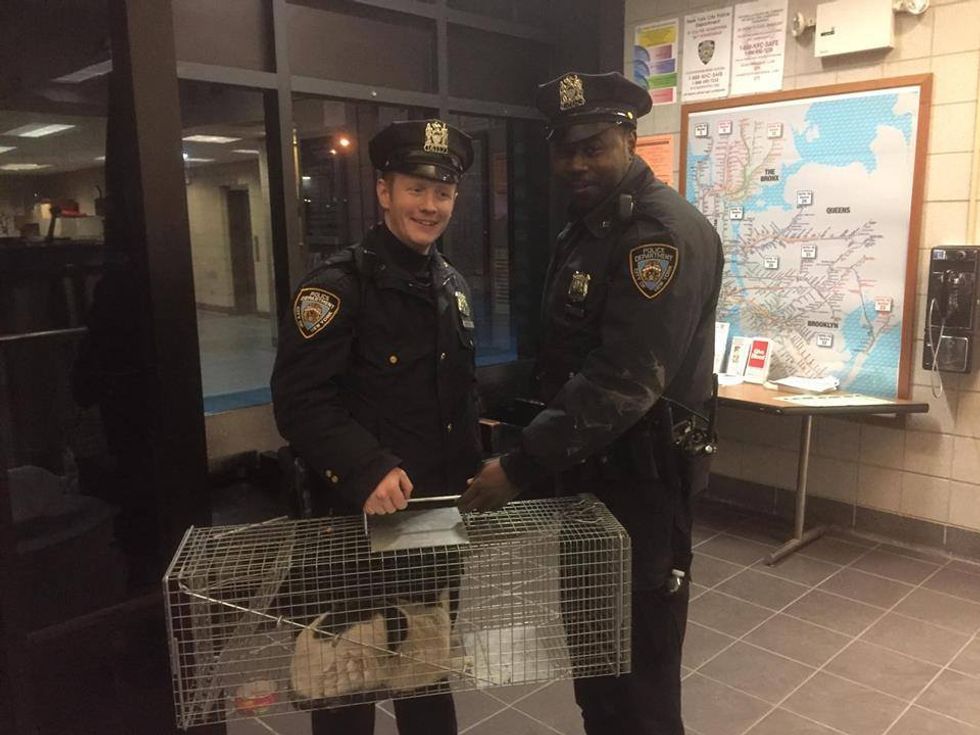 Besides a few minor cuts on the head, the kitty was doing fine.

John took him to foster while he was healing. The sweet Subway cat was already giving headbutts and purrs. 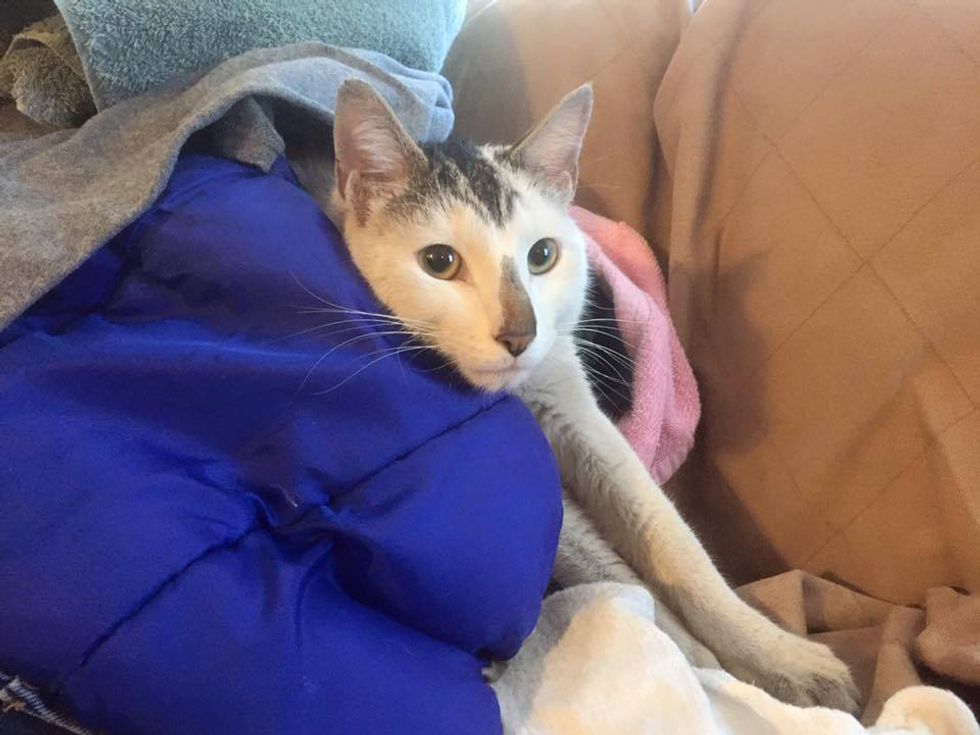 He was named Subway Dunford, after Angela and her husband, who shared his plight and were so desperate to save him.

"They loved him from the moment they first met him face to face," Magnificat Cat Rescue and Rehoming said. 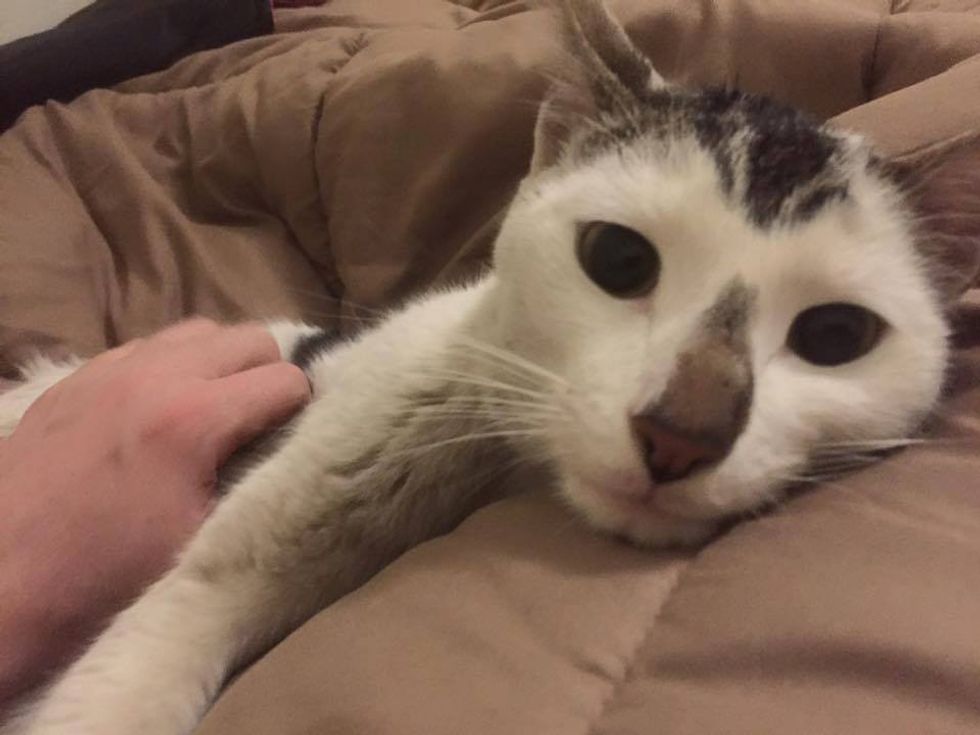 After the rescue the couple had to leave the country for a few weeks. While away from home, they couldn't stop thinking about Subway D.

Angela messaged Magnificat Cat Rescue and Rehoming and asked if they could hold the kitty until they returned home. "She and Ian wanted to make him part of their family. Some things are just meant to be. Of course we said yes." 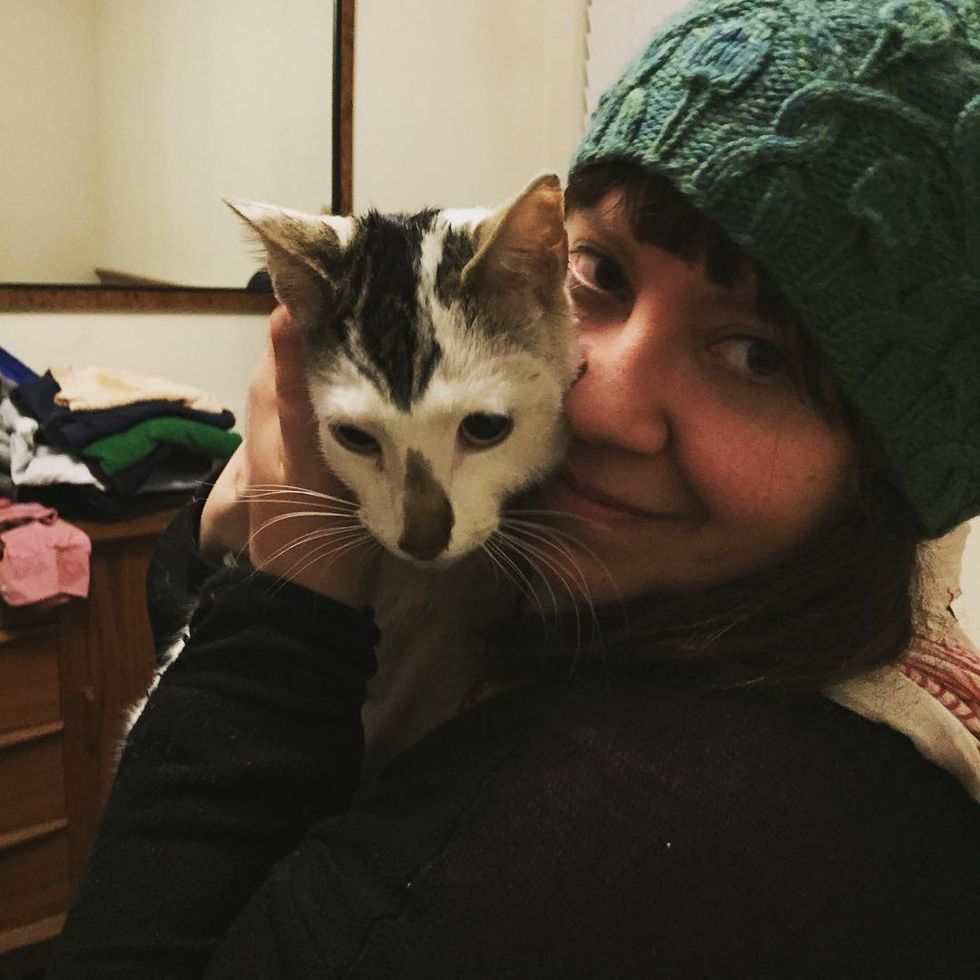 As soon as the couple came back from overseas, they took Subway D. into their loving home and introduced him to their two resident cats.

But little did they know that a beautiful friendship was about to blossom. 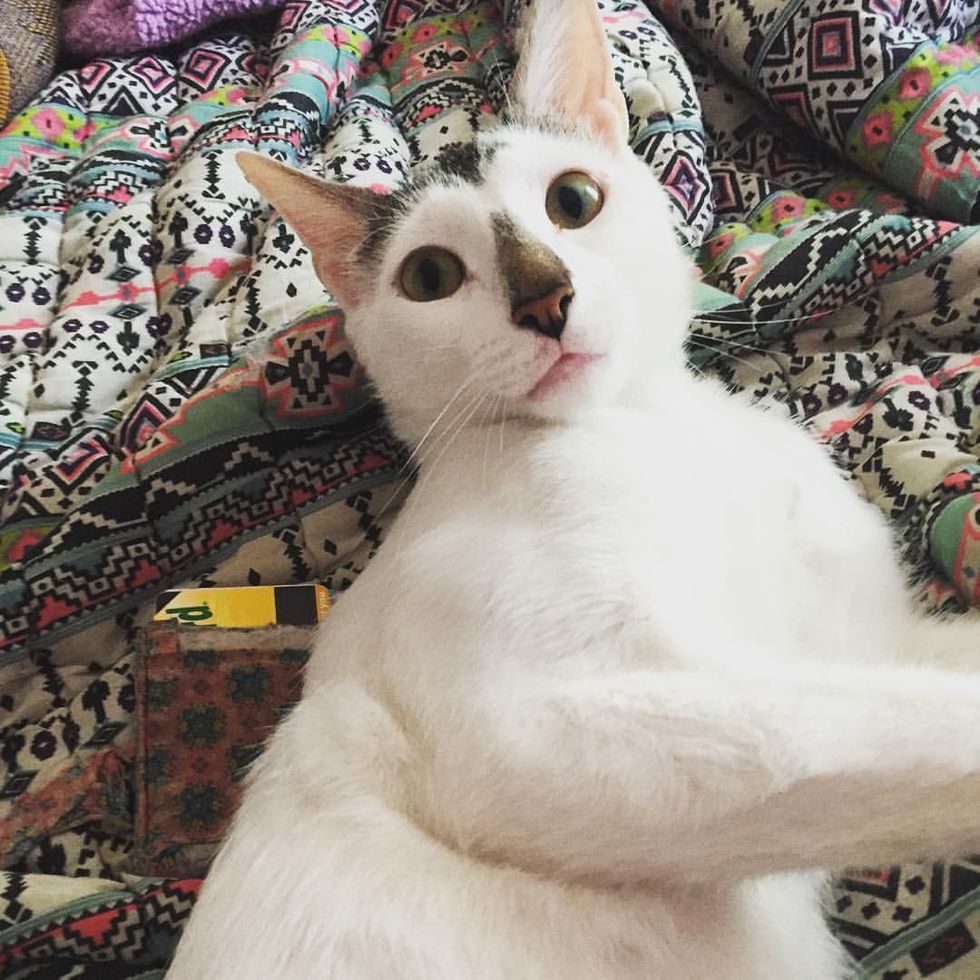 He found his best friend for life...

Subby bonded with his feline buddy Watson soon after he moved in. 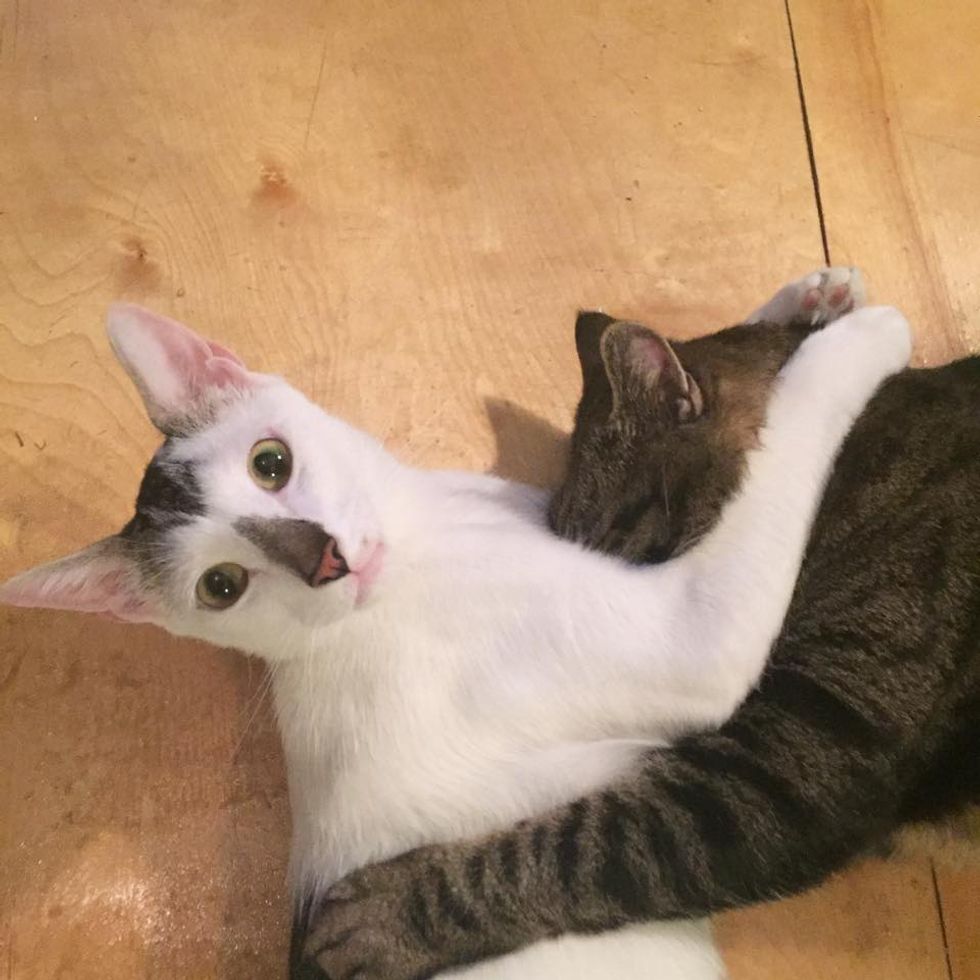 They are totally inseparable! 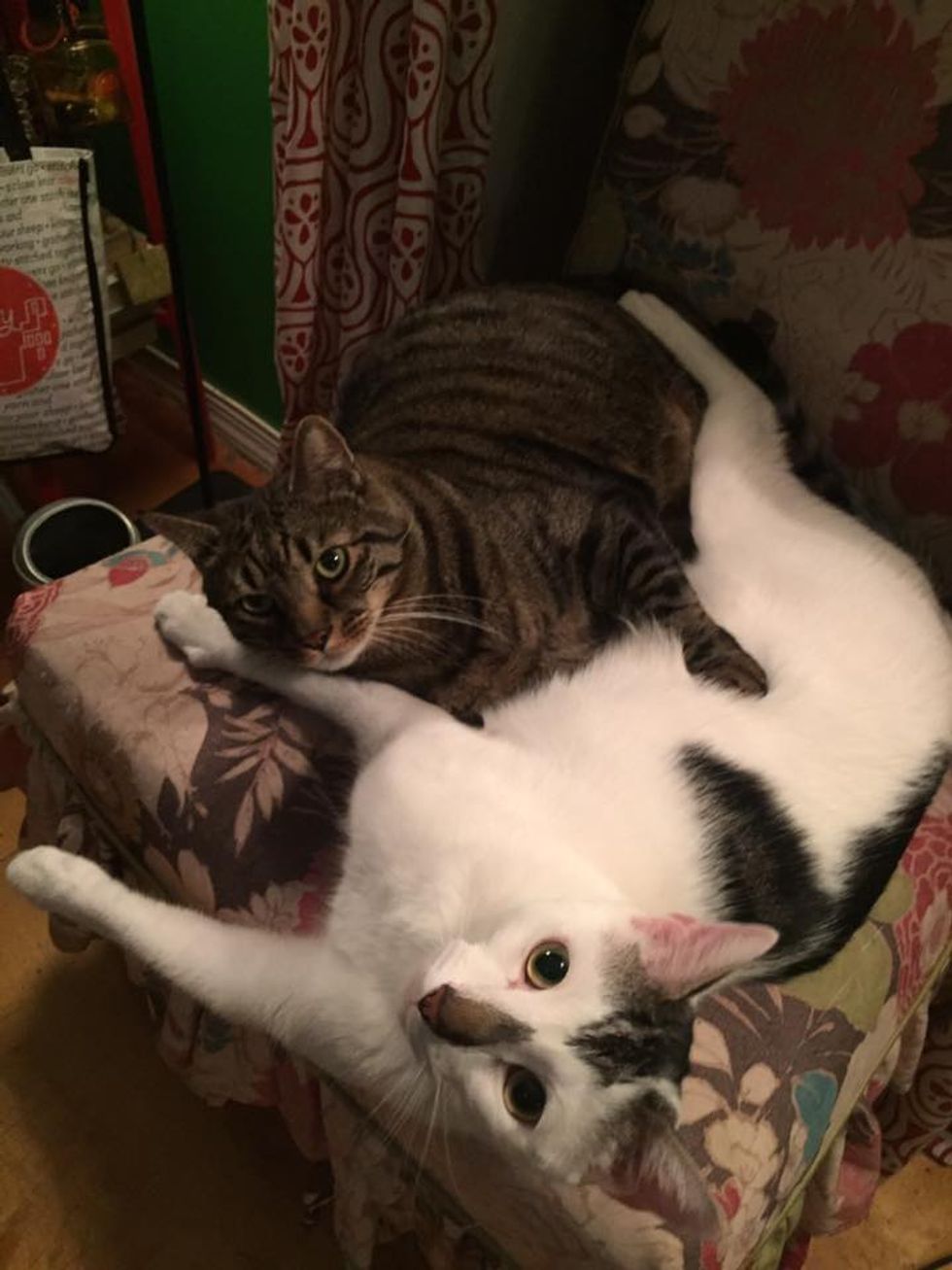 They play together, eat together and nap together. 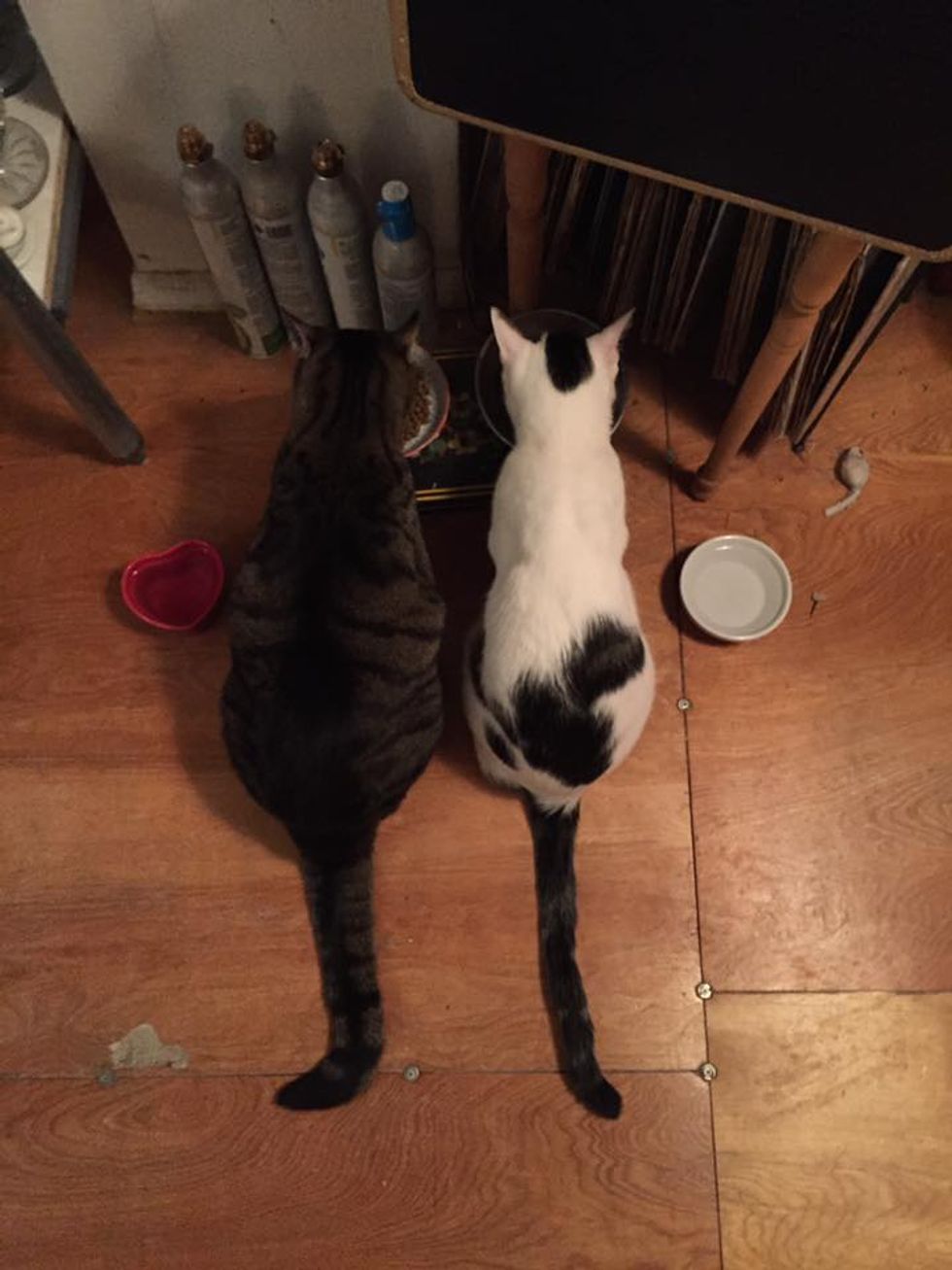 Now Subby has a friend to share his bed with or their bed now. 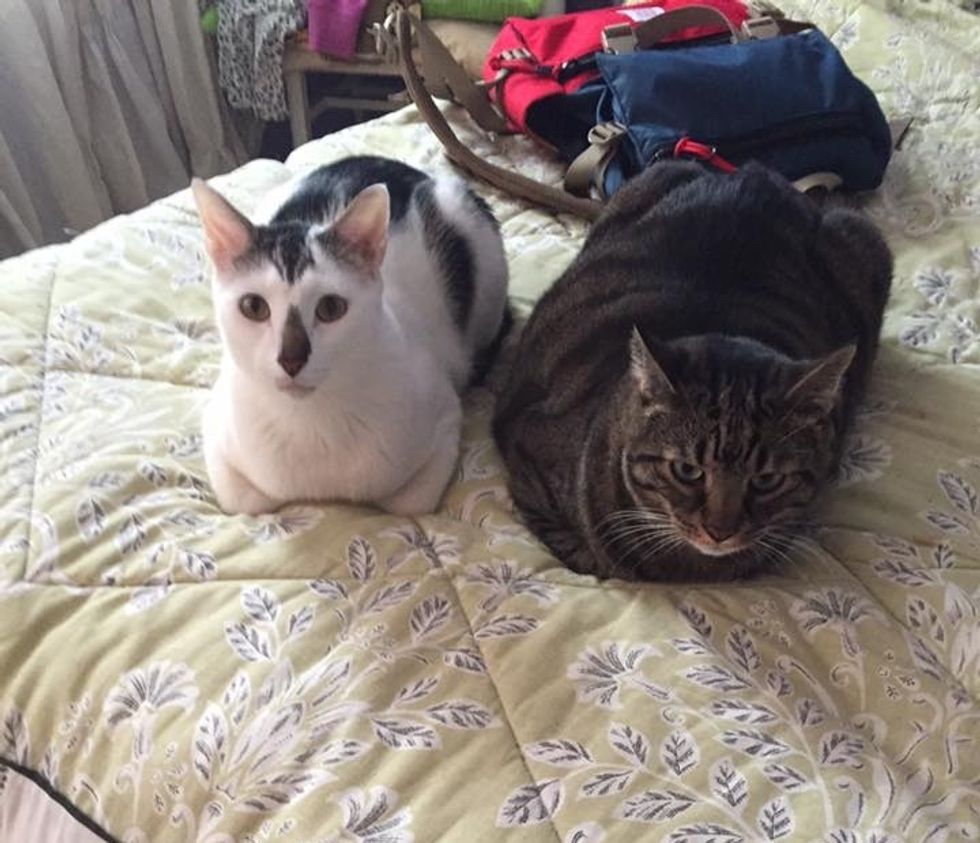 It's been one year since they found Subby. "Words can't describe the amount of love and laughter he has brought to our home. It has been one interesting year, made all the more special with him in our home," Angela said. 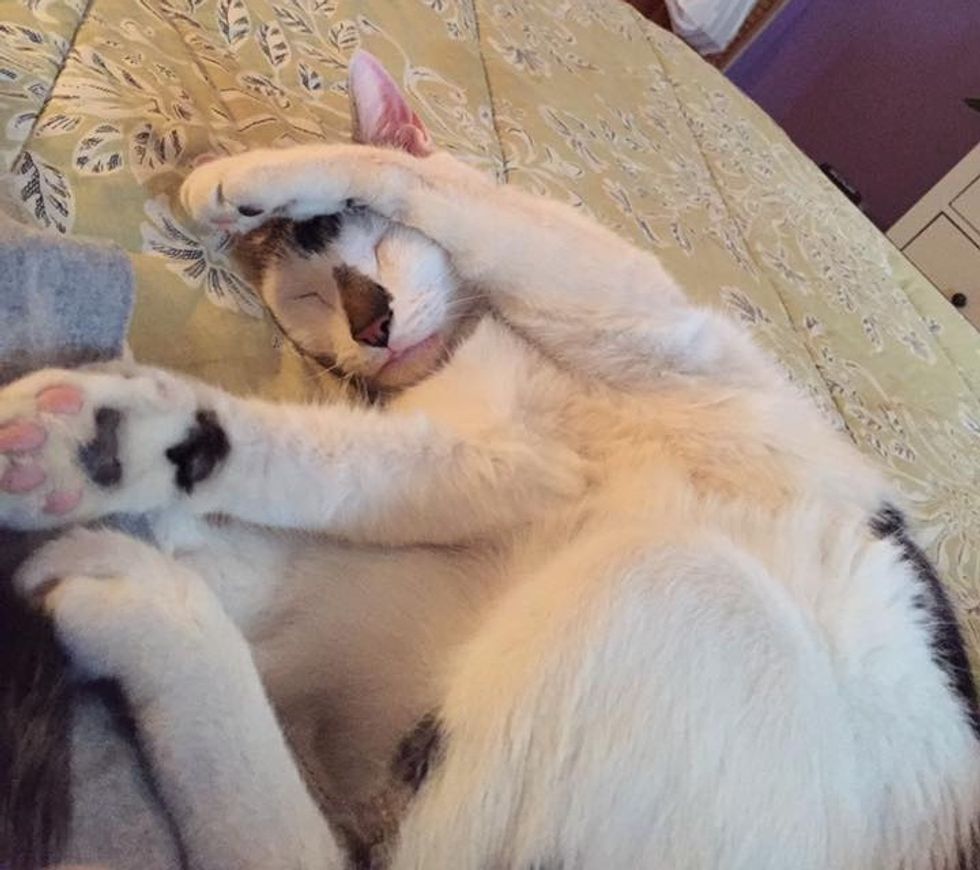 Footage of Subby when he was found:

Subby falling asleep on his human mom's legs at his forever home :).

Related story: Cat Takes Regular Rides on Tokyo Subway Train All By Himself