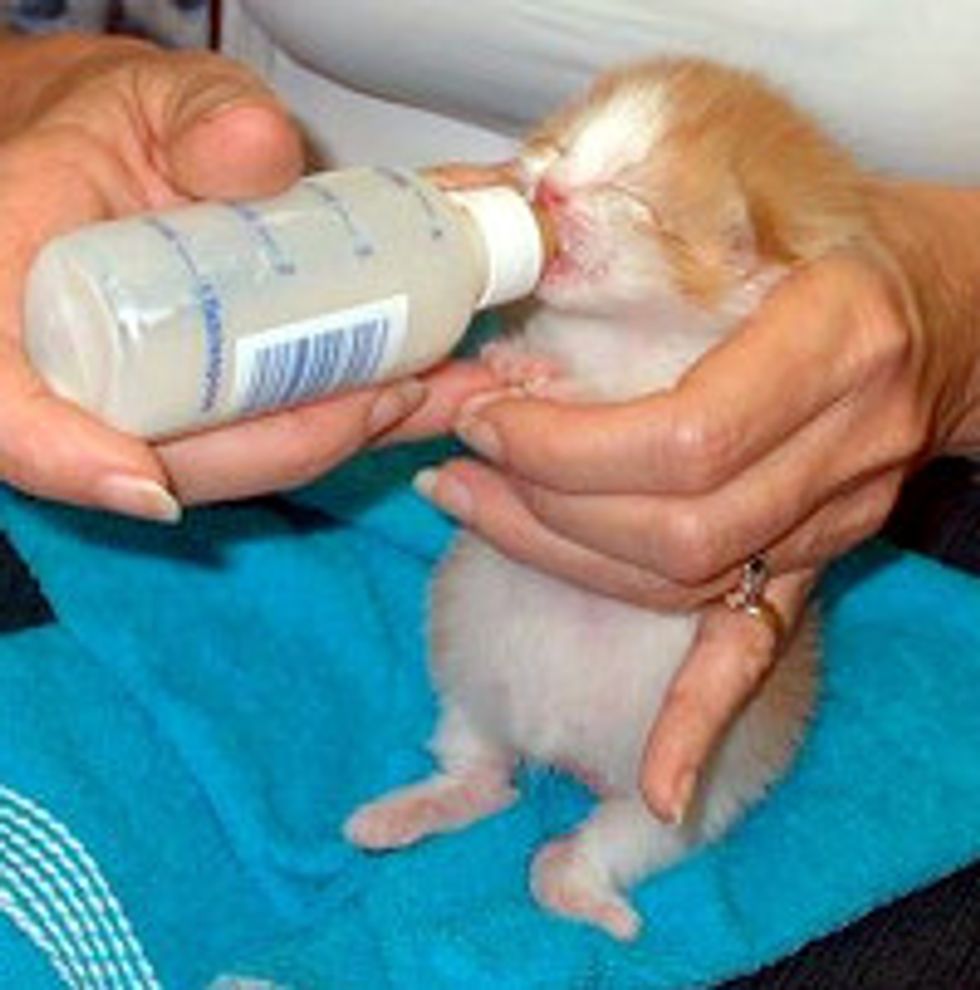 A tiny 10 day old kitten ia now in good hands at Pasco County Animal Services after being rescued from a garbage can by a sheriff's deputy according to TBO.com.

"Pasco Sheriff's Cpl. John C. Spicuglia was investigating a complaint Monday that a Port Richey woman was shooting at stray cats when he heard a muffled meow coming from the trash can. When he opened the lid, he found the kitten, which had been in the hot trash can for more than two hours," reported TBO.com.

Spicuglla rescued the kitten and arrested the woman.

Judy Tate-Gregory is currently fostering the kitten. They named him Ollie. They are feeding him around the clock. When during the day, little Ollie gets to sleep in a comfortable basket in her office.

Little Ollie just opened his eyes not too long ago and is already putting on weight and growing fast. He can now crawl on his own. "He purrs when he's happy. And when I feed him, he moves his little paws up and down like he's nursing from his mom," said Gregory.

Little Ollie will be up for adoption in a few months.

Tiny kitten rescued from a trash can

They named him Ollie and he is in good hands now.