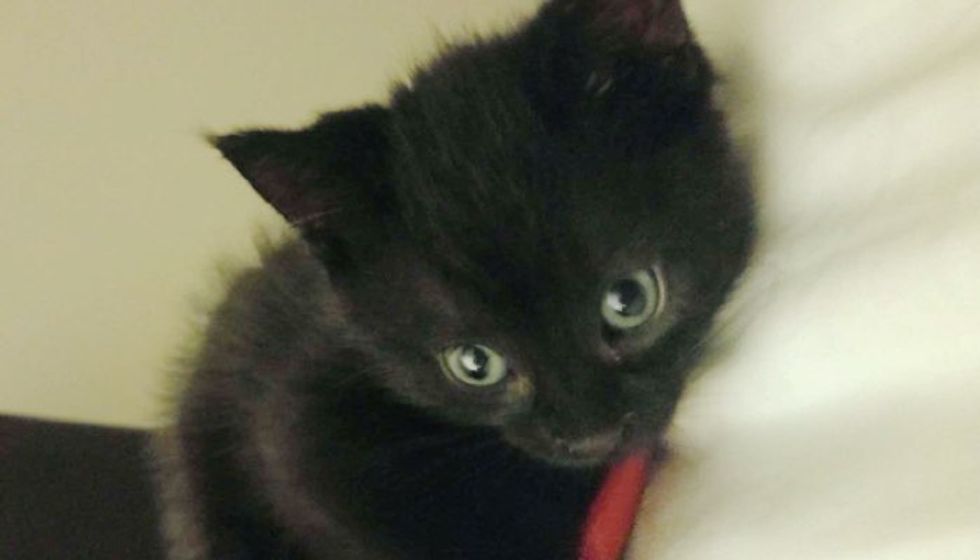 A young man who has never had a cat his whole time was touched by a tiny kitten who came into his life during a time of need. "I have never experienced a kitten sleep next to my head, but his purrs are out of this world. He meows when he wants kisses and loves being held. I feel like I won the kitten lottery."

Buu was just 7 weeks old, when he found his human. He was looking for a home, when a guy who had never had a cat thought he would give him a chance, and it changed his life forever.

"I did not plan on getting a kitten, but I am happy I did get Buu. He came to me at a time where I've been feeling increasingly stressed and depressed. My first serious relationship of 3 years ended 3 months ago. I had essentially stopped working on my hobbies. I felt like I was going down a path of self destruction with no desire to change. Buu has given me the opportunity to see the light in life again. Buu doesn't even realize how much he is helping me. I am a rather emotional person, and to have an animal accept all my love and affection and return it back to me is the greatest gift I could ever ask for. Brings me to tears just thinking about how lucky I am to have him," Sandy Monster said.

"He really is a gem. His litter box is in my bathroom, so there are moments where I use bathroom and he does his business at the same time. Strange bonding moment, but I'll take it. Sometimes I'll come home and catch him sleeping, so I sneak up on him and softly call his name. When his eyes open, he starts to meow silently, and starts to lick my beard and my face. He doesn't have much strength in his back legs yet, but it doesn't stop him from climbing the bed. To see him gain confidence each day is a real blessing." (reddit)

"I always tell him that I love him, and that I'll make sure to protect him. Sounds cheesy, but I love him unconditionally."

Has a cat changed your life? Share this beautiful story!