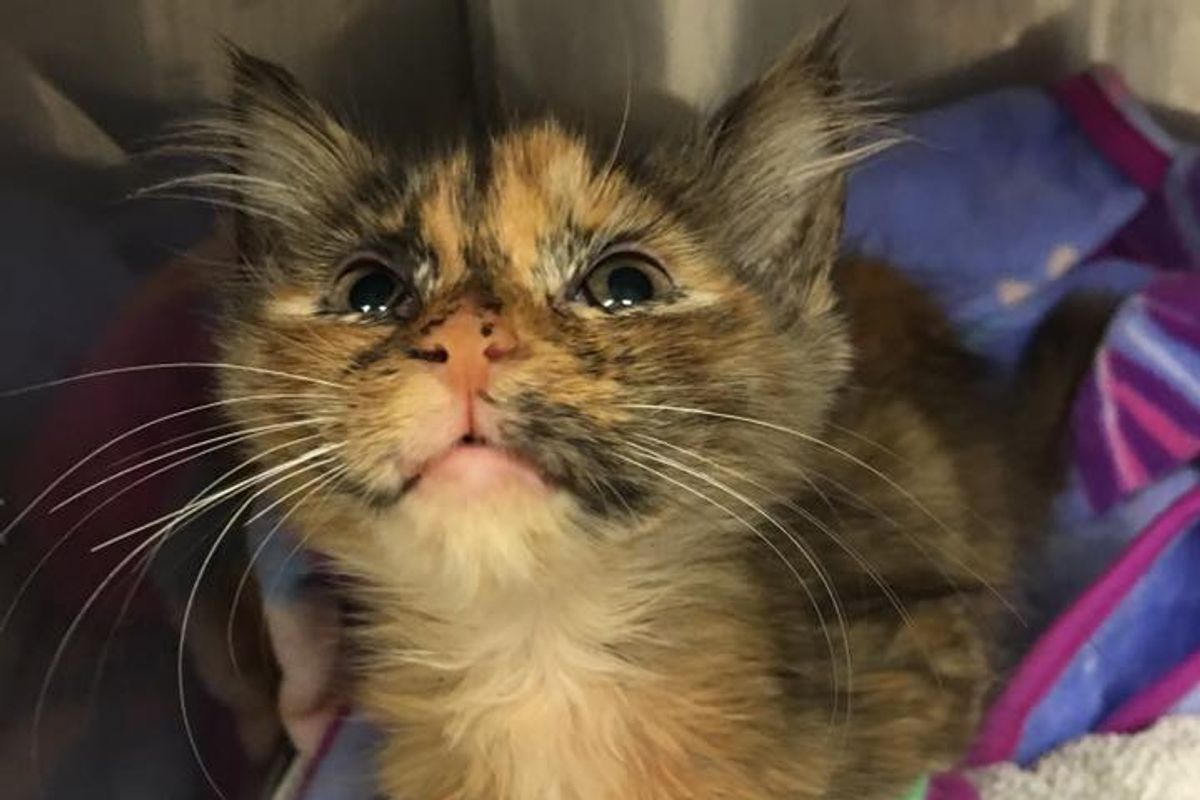 After a kind woman found a lifeless kitten near a trash can, the good folks at the Itty Bitty Kitty Committee in Charleston, West Virginia took her in and brought her back to life. What a difference 2 days make! 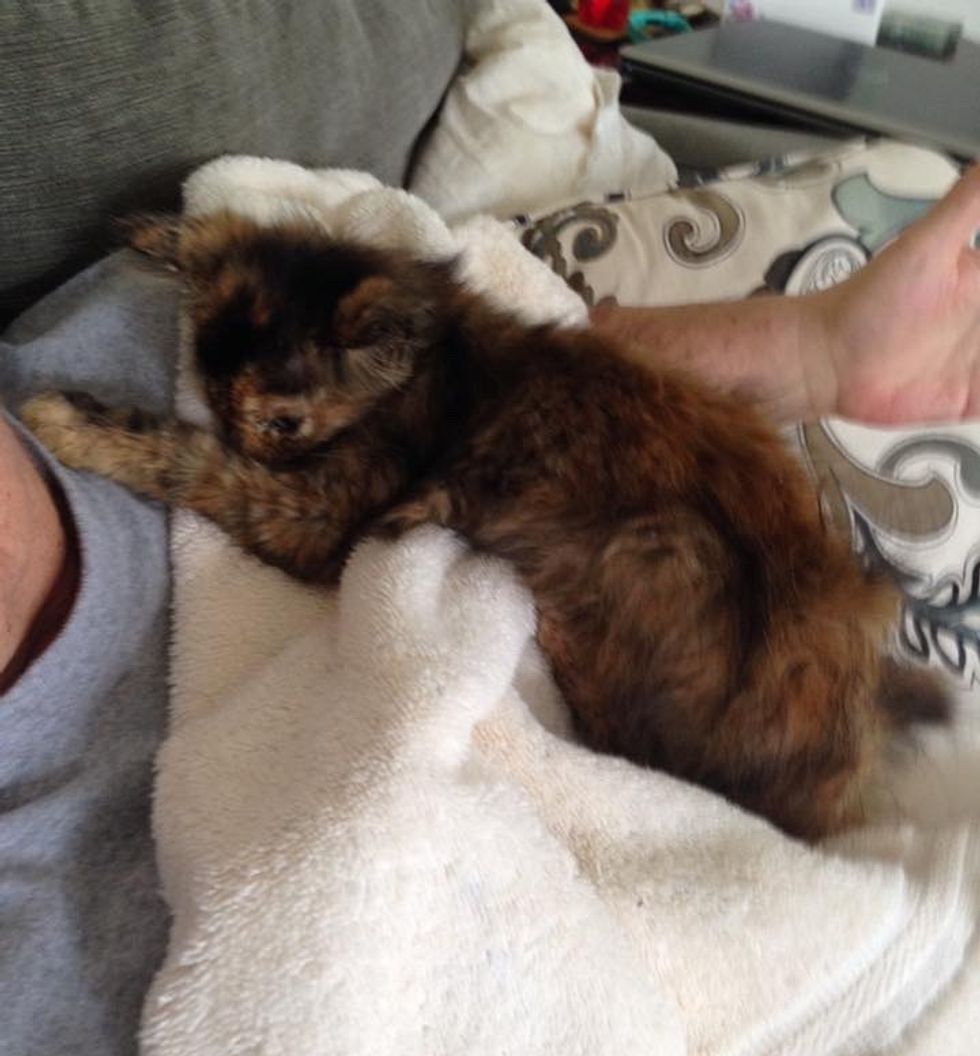 The night that Gypsy was taken to the emergency clinic she was in such terrible shape that no one expected her to live. "She needed a blood transfusion, she was weak...," Dorella Tuckwiller, founder of IBKC, said. "But I gave the okay to 'do what is needed to save her life if you can.' And that is what they did."

Gypsy was given a blood transfusion that night and was then transferred to Good Shepherd Veterinary Hospital for the day.

"Dr. Stephenson kept me updated on her and her prognosis was not good. She still would not eat, her blood count was plummeting."

Just before they thought Gypsy had stopped fighting, the little kitten found another reason to fight! 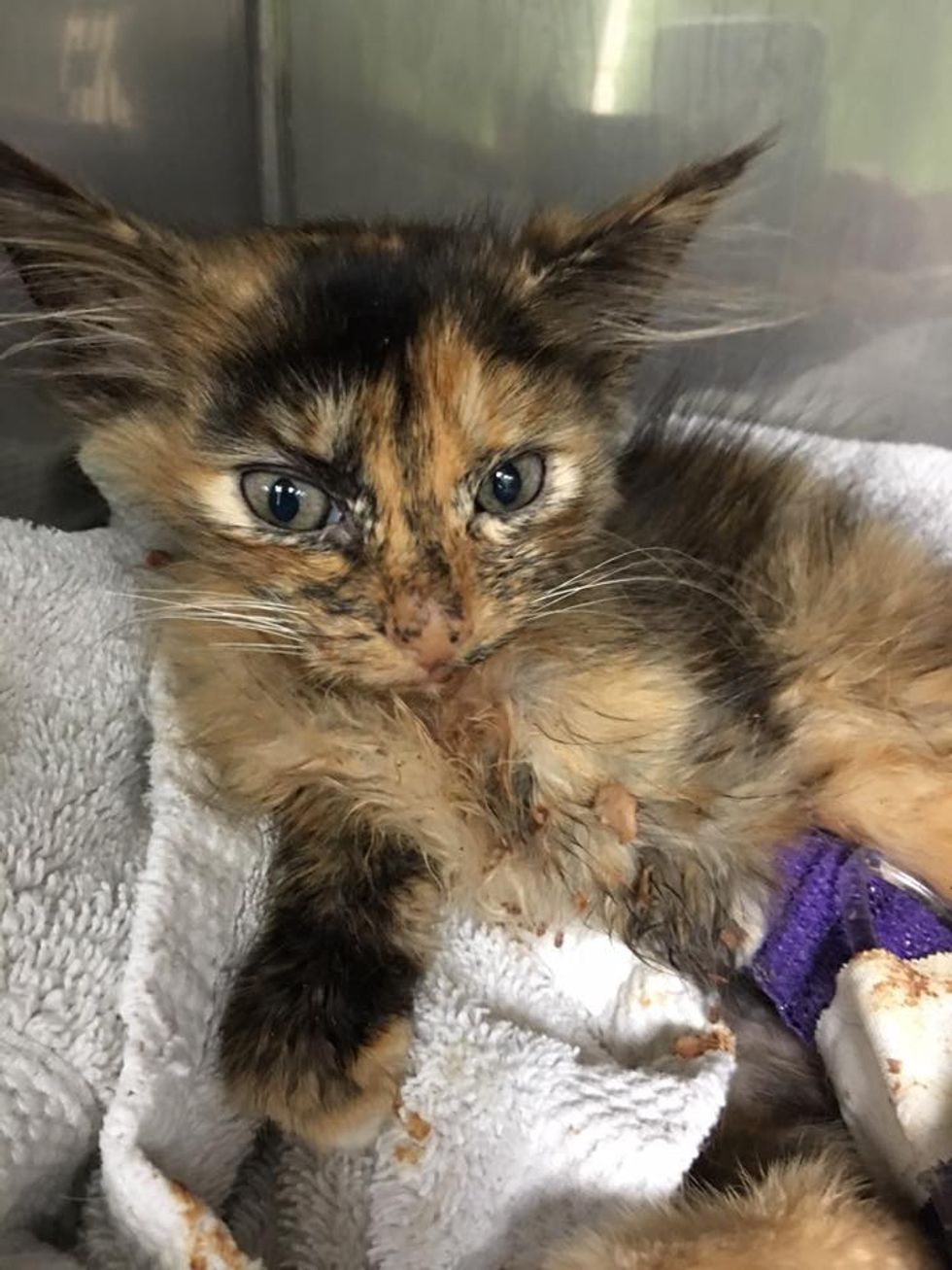 Not only did she get her energy back but she also got her cattitude back. 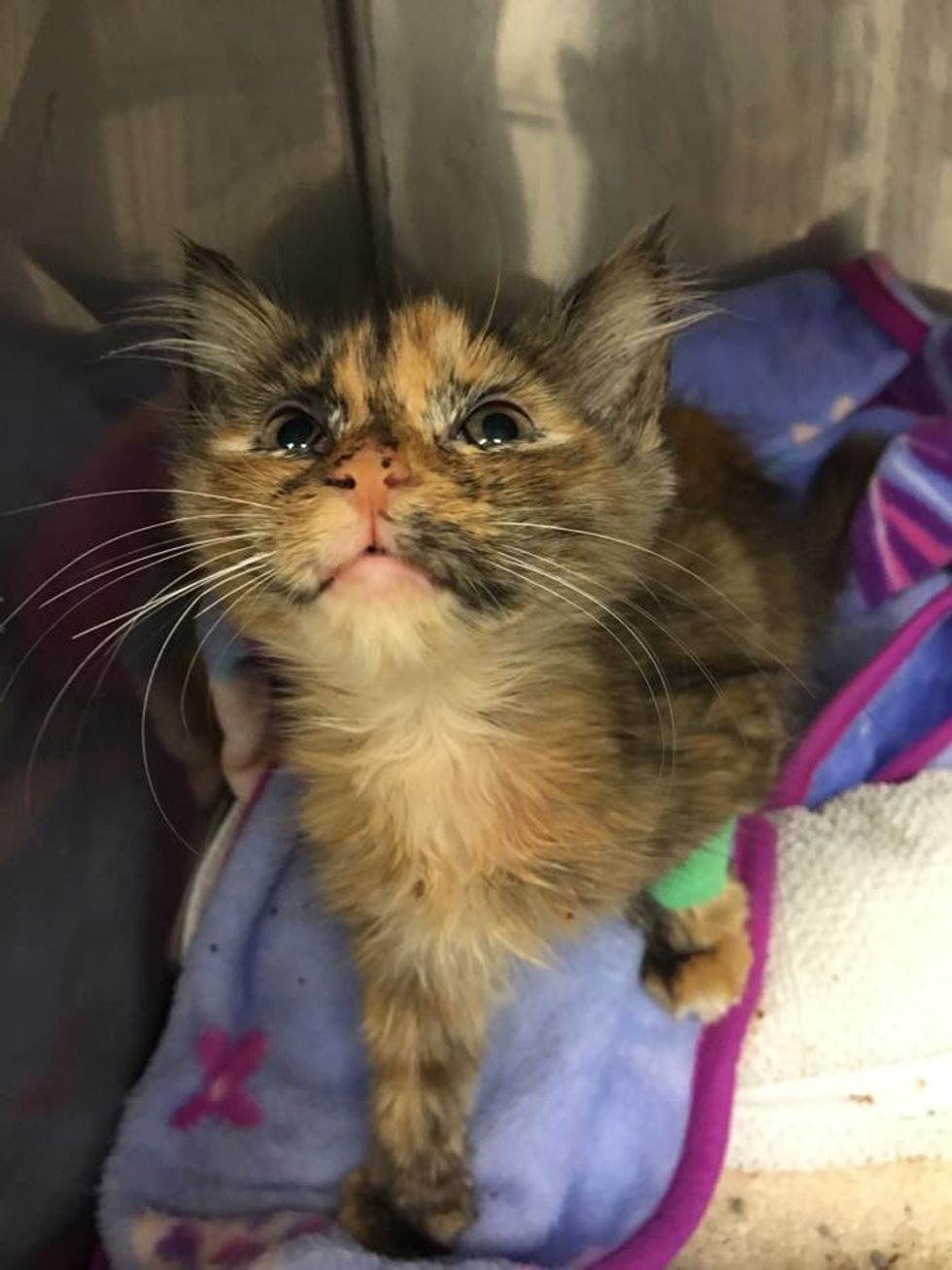 "She was eating and when I saw her she not only lifted her tiny head, but she got up and yelled at me. She was walking around and complaining about everything."

Gypsy is very vocal and sassy. 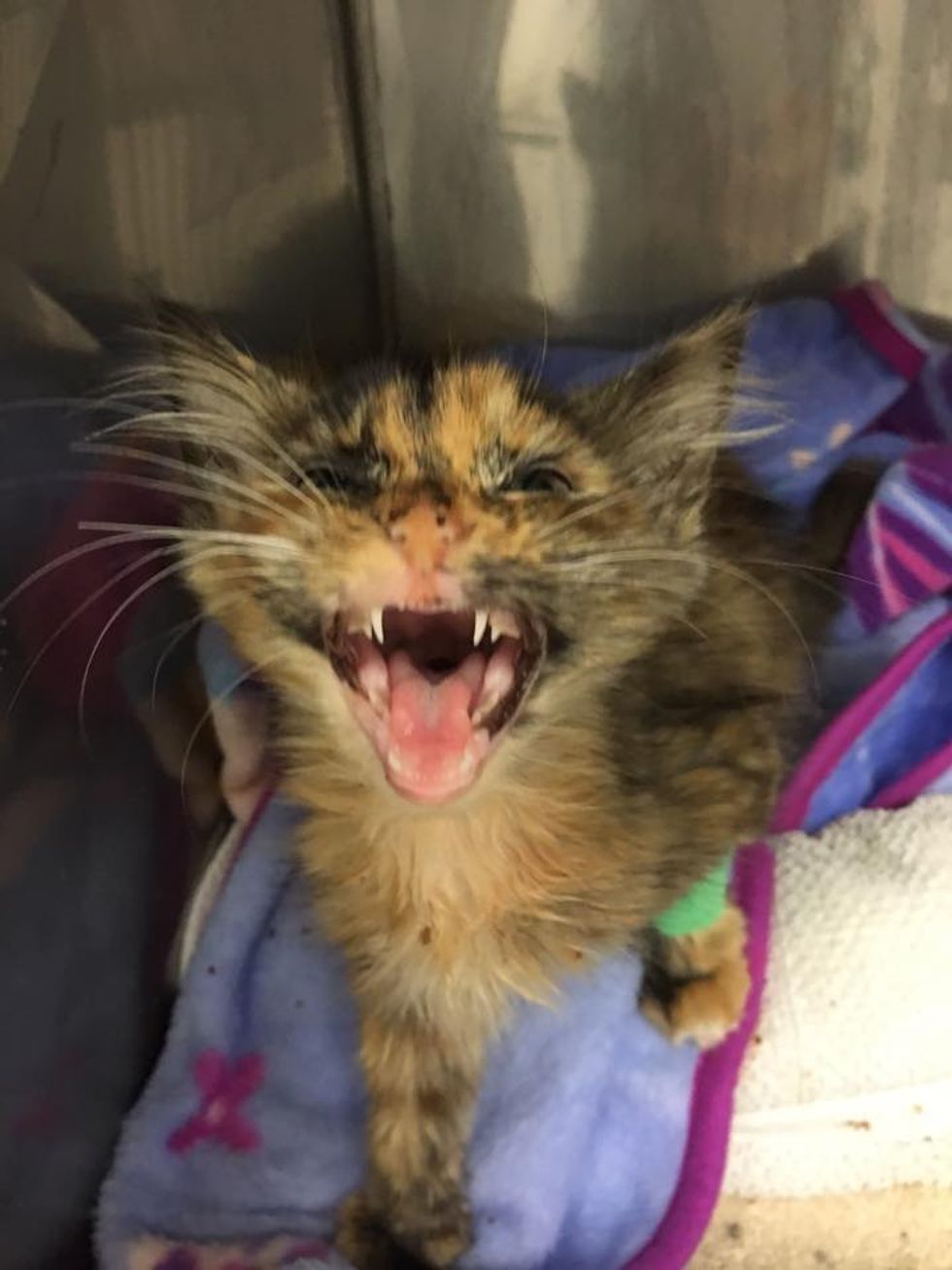 "Dr. Stephenson could not believe that it was the same kitten," Tuckwiller said.

"She texted me later that day and told me to 'get that kitten out of the hospital...she should be okay.'" 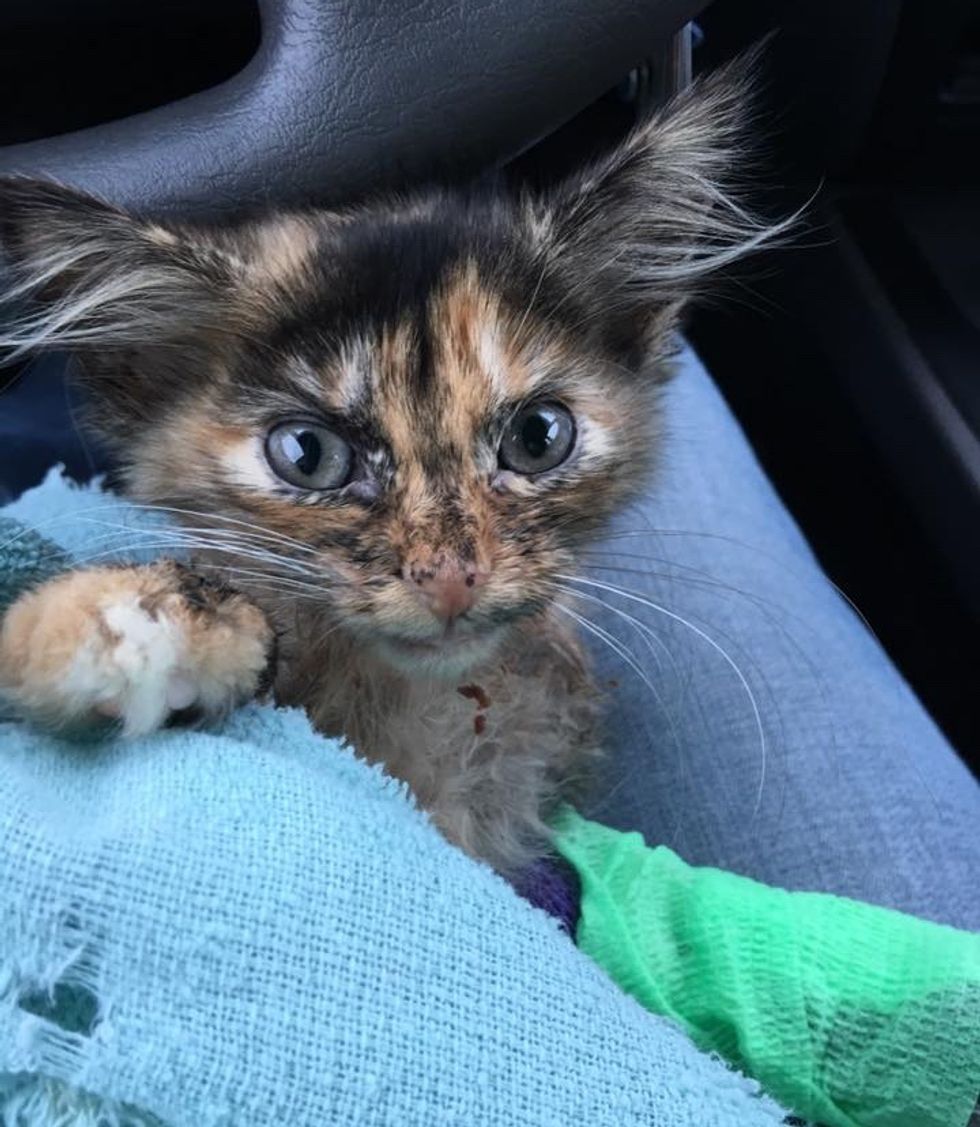 As soon as Gypsy arrived in her foster home, she ran around the house like she owned it.

She climbed the couch and ate like a champ. She is a little sassy lioness! 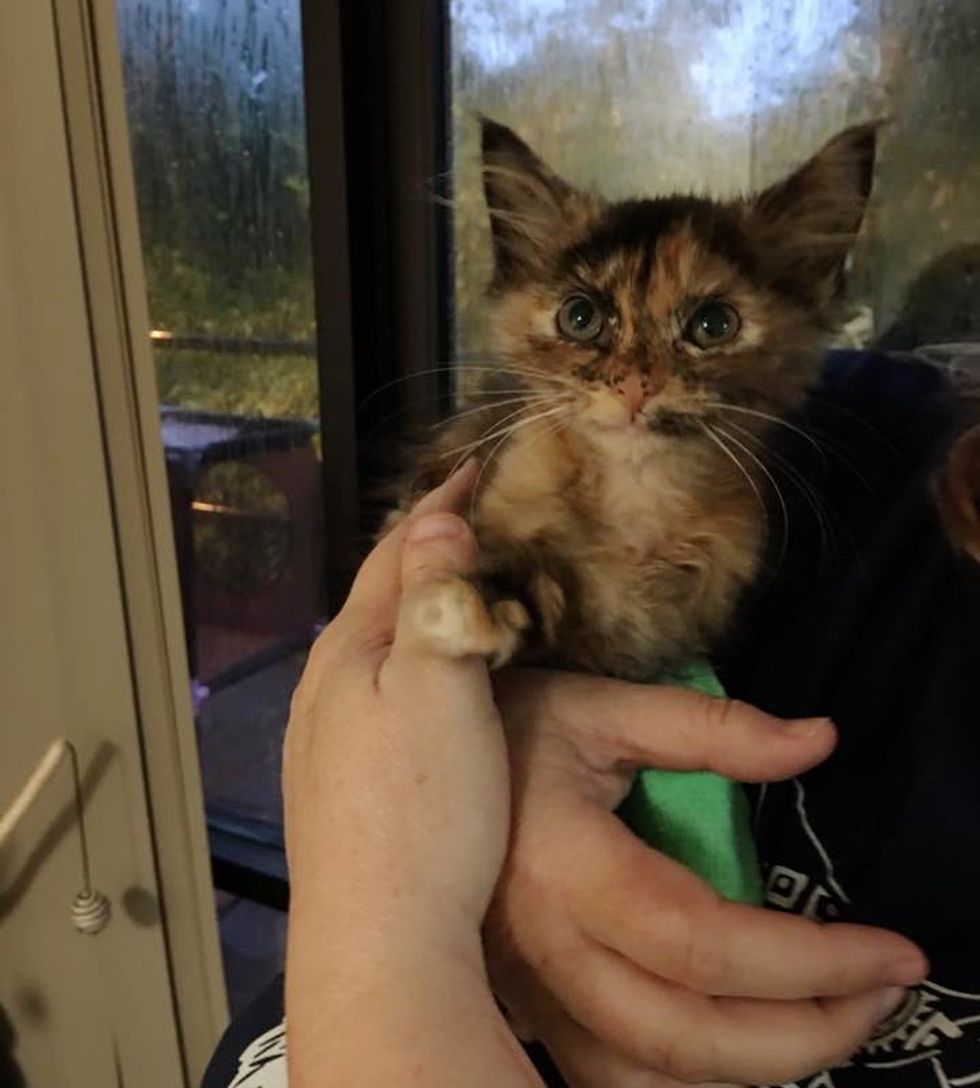 The little tortie is now out of the woods and has taken an incredible path. "Her new daddy and mom chose her path. Emiley and Shawn have decided that Gypsy must be a part of their forever family.

"Gypsy will forever have her daddy wrapped around her little finger and will always be held tight in her daddy's arms." 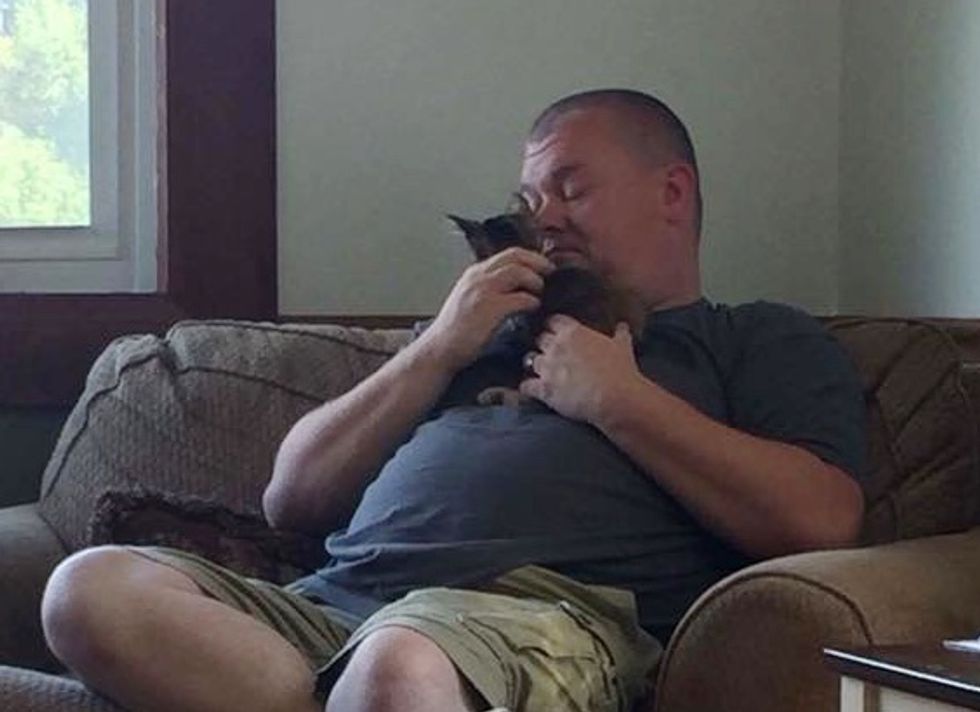 Three weeks ago, this little tortie was at death's door...

"She fought and she won!" 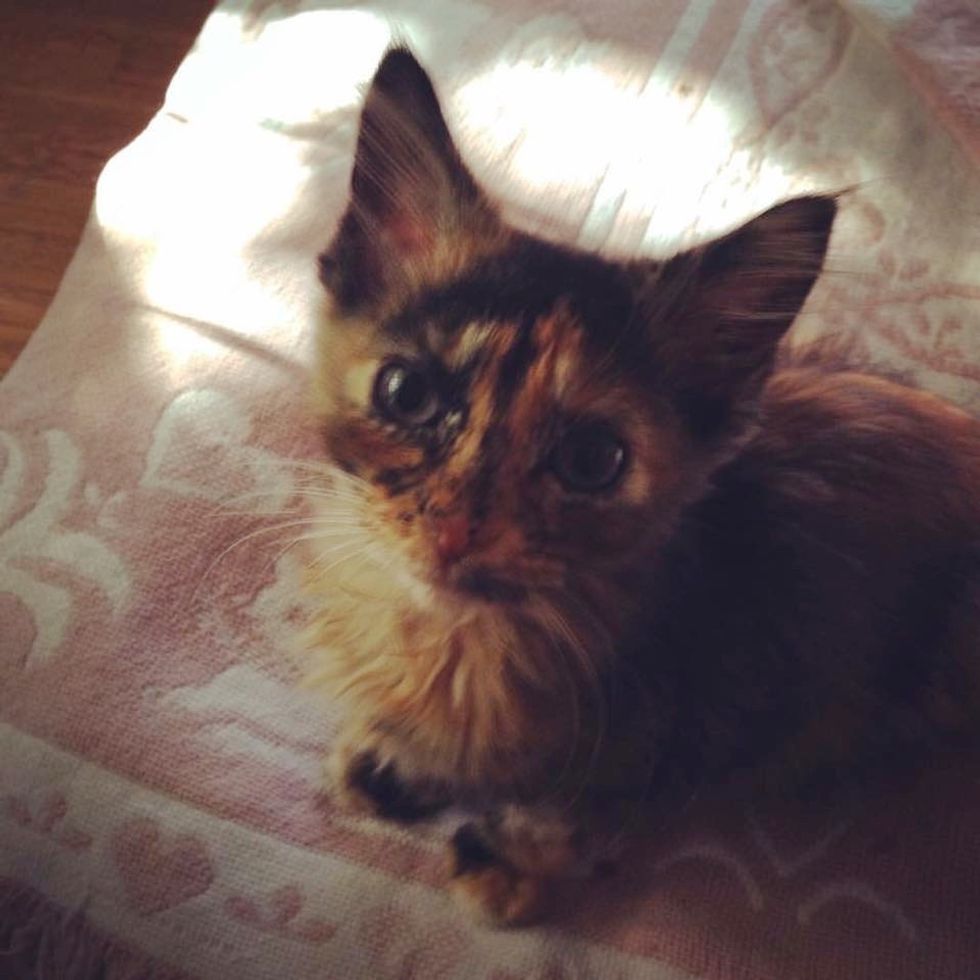