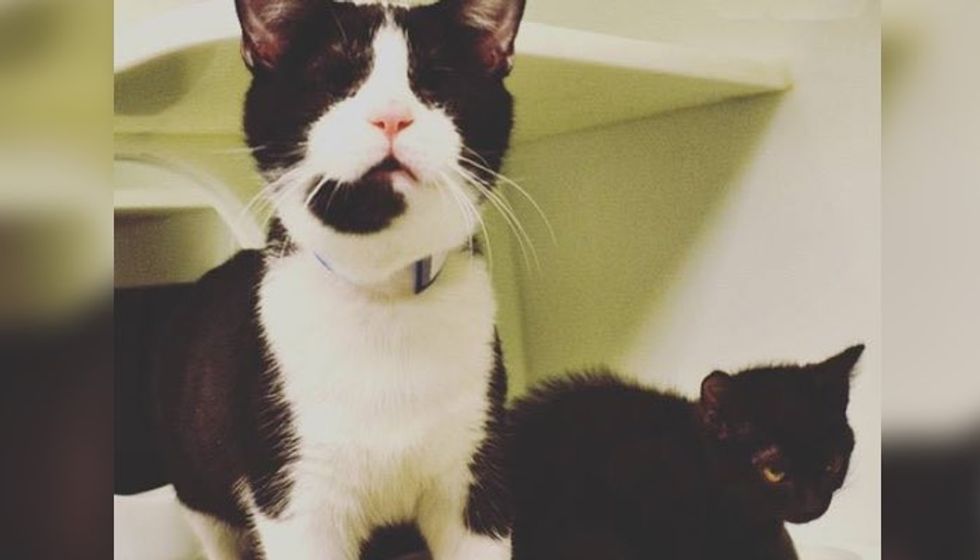 A blind kitten was left for dead, but now has been given a new chance at life. Not being able to see at all, Steuben the cat was quite lost until an unexpected little friend came to him to offer a helping paw and became his seeing eye kitten.

"Steuben, just 6 months old, came to the Cleveland APL with horribly damaged eyes that needed to be removed in order to help him feel better," Cleveland Animal Protective League wrote on Facebook.

"While recovering in a loving foster home, sweet Steuben met Precious, who not only became his new best friend, but also his new pair of eyes!"

Precious, a 3-month-old kitten, taps Steuben and guides him to his food bowl when it's time to eat. She helps him find his way around and won't let him out of her sight. Steuben adores his little friend and always returns the favor by giving her baths and lots of purrs.

Now Steuben has learned to reply on his other senses, but Precious will always be there, watching over her best buddy.

They are a package deal! Steuben and Precious are waiting to find a loving home together at their adoption center in Tremont, Ohio.

Share this story and help Steuben and Precious find their forever home together!