A tiny 6-week old kitten, who had uncontrolled head tremor, was given a fighting chance, and his life was turned around by love. 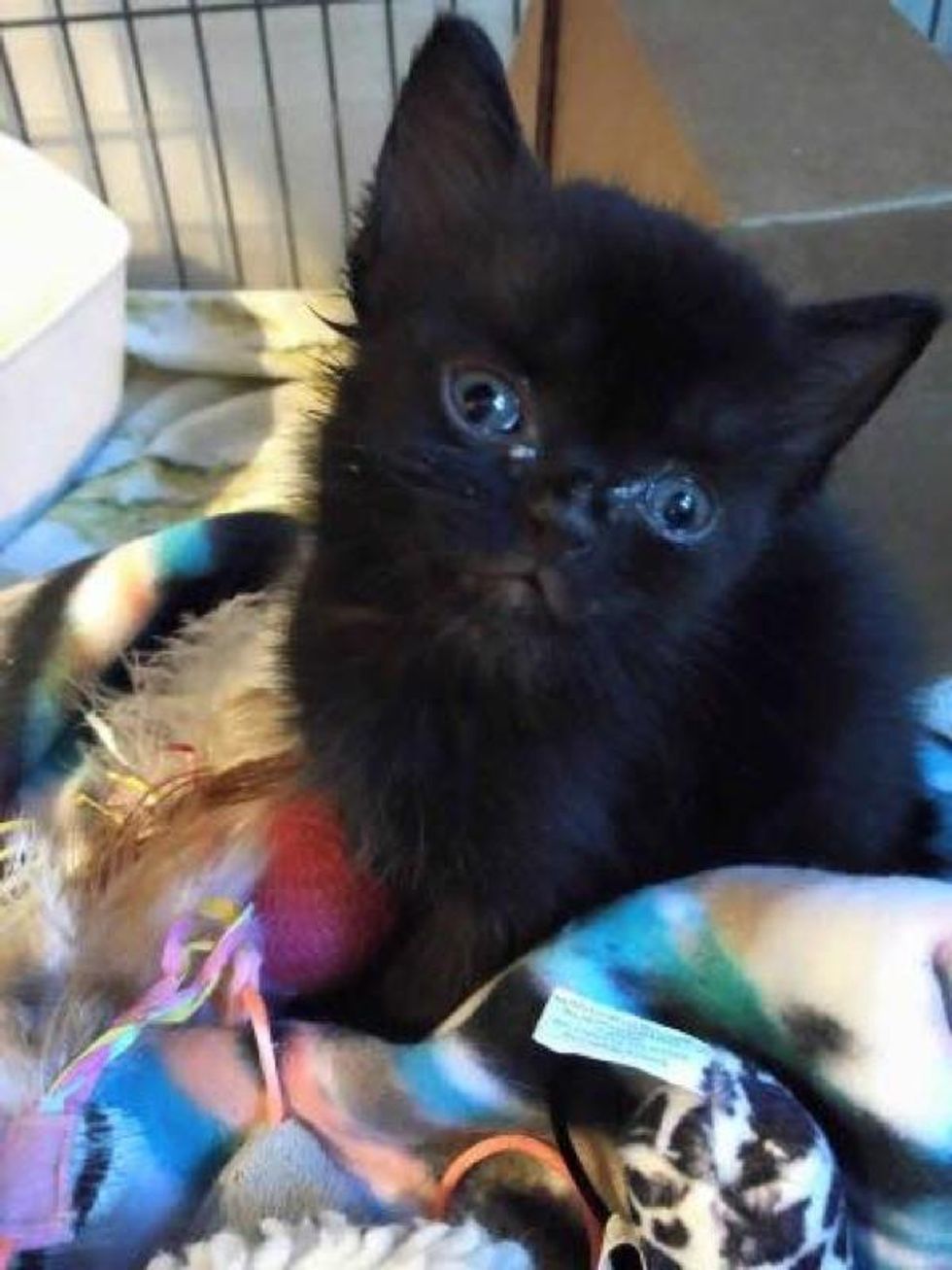 Liam was surrendered to a shelter in a rural area of Alabama. The kitten was born with hydrocephalus (fluid in the brain) and was at high risk of being euthanized as the facility had very little resources. That's when a few angels found Liam and began advocating for him.

Staff of AFK Cat: Life Interrupted for Rescue, a rescue group in Huntsville, Alabama, learned about little Liam's plight and immediately reached out to SHAHS Non Profit Rescue Society for help as the window of saving the kitten was closing with the weekend approaching.

One of AFK Cat volunteers, Alisa, rushed to get the kitten out of the shelter. She drove over 10 hours roundtrip to get the kitten to the vet and back to her loving home. As she held Liam in her arms, the brave little kitty instantly sneaked his way into her heart. 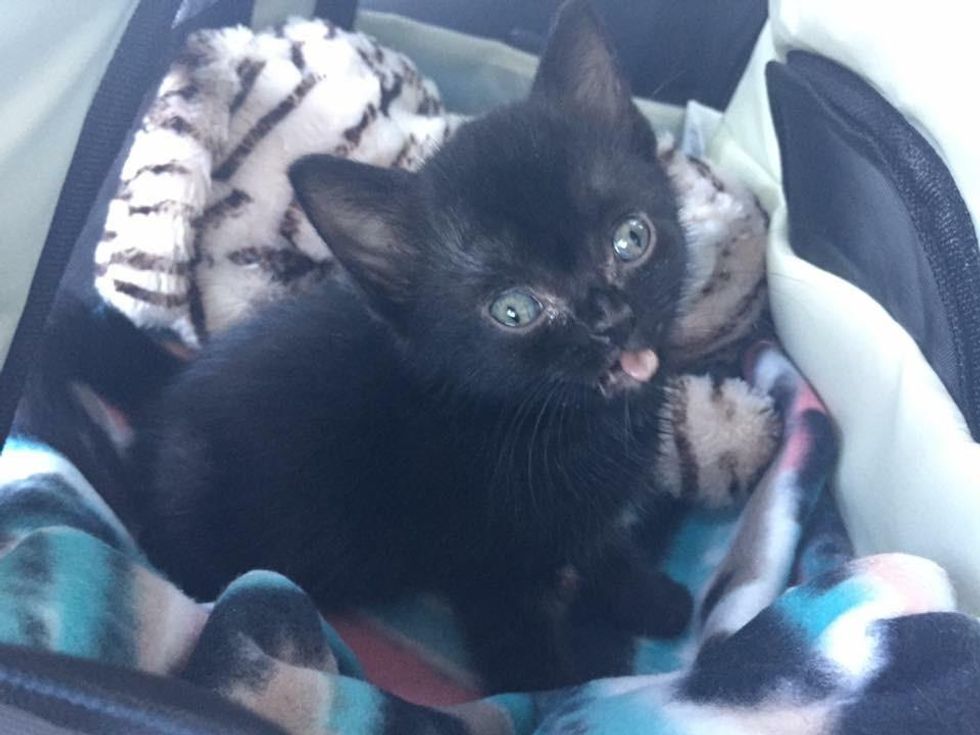 Liam came with some neurological issues and tremors, but things began to change when he was given the care that he needed. "As soon as meds were started he bounced back with a vengeance," Alisa told Love Meow.

The head tremor is almost totally gone with his daily meds. 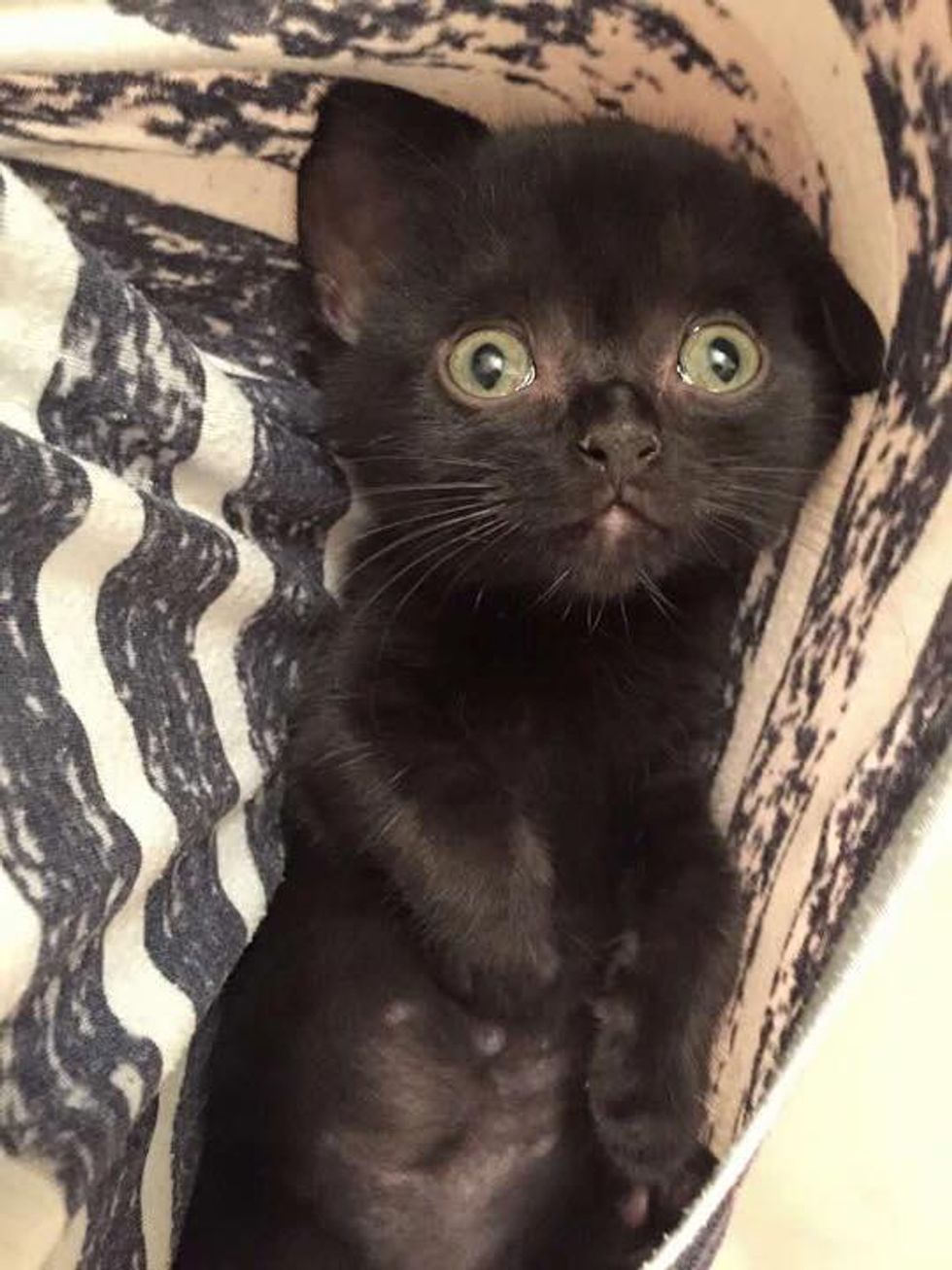 He was just around 20 ounces when he was rescued. In the weeks that followed, he got bigger and stronger and more playful than ever.

"He's got to be one of the smartest cats I've ever met... I sometimes joke that he's just got a super-sized brain in that big head of his." 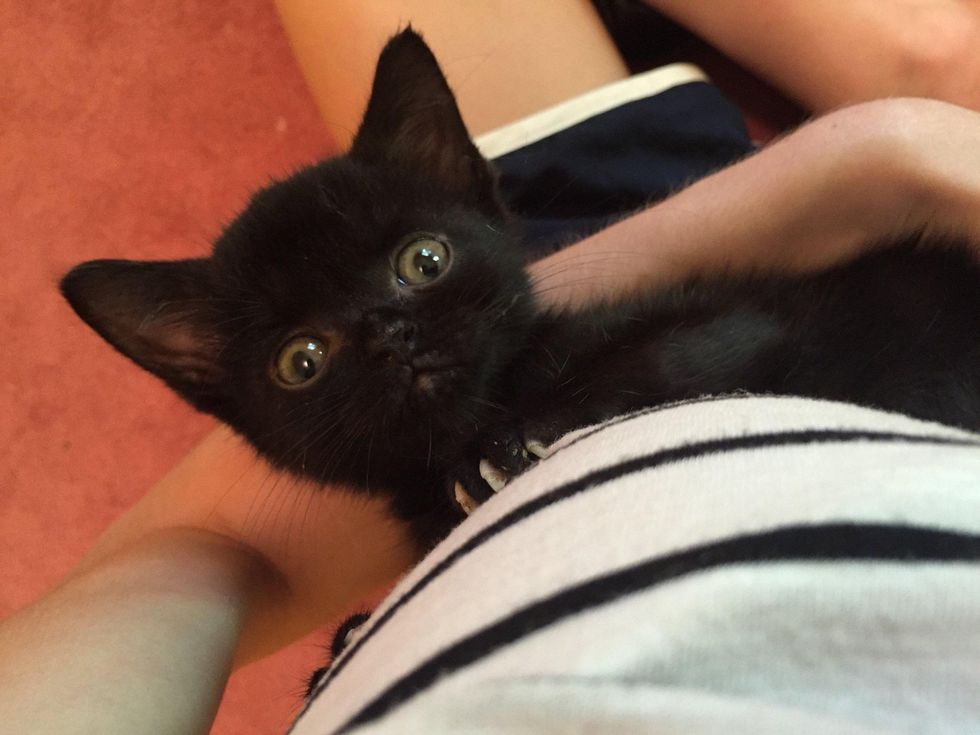 Liam loves to keep himself busy all the time!

"He's the busiest cat I've ever met. We joke that he needs a little day-planner, because he never stops moving. There's always something on the agenda! He'll check in with me all throughout the day and chirp at me until I come pet him, and then he's done and off on some adventure again. He's the bratty little brother of my troupe, always bugging another cat til they play with him, and then when they start to win a play-fight he runs to me whining that they're not playing fair!" 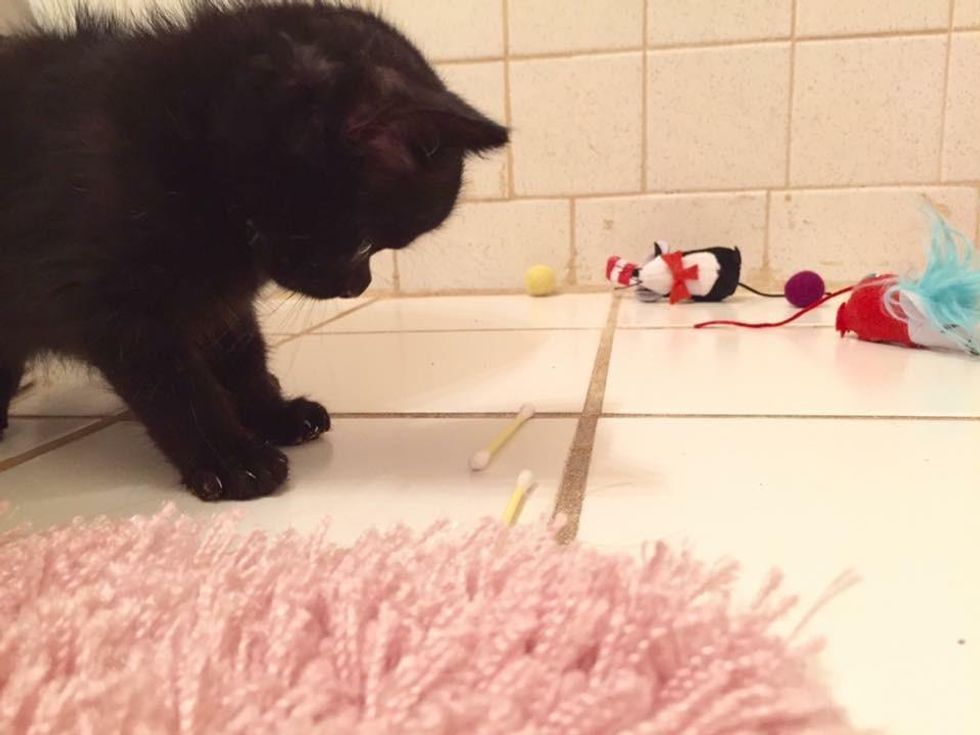 The moment Alisa held Liam in her arms, the little sweet feline buddy made her his forever human.

"As soon as he was in my house there was no way he was leaving. His personality just shoots out of him in person. He's an odd little cat and I love him so much," Alisa told Love Meow. 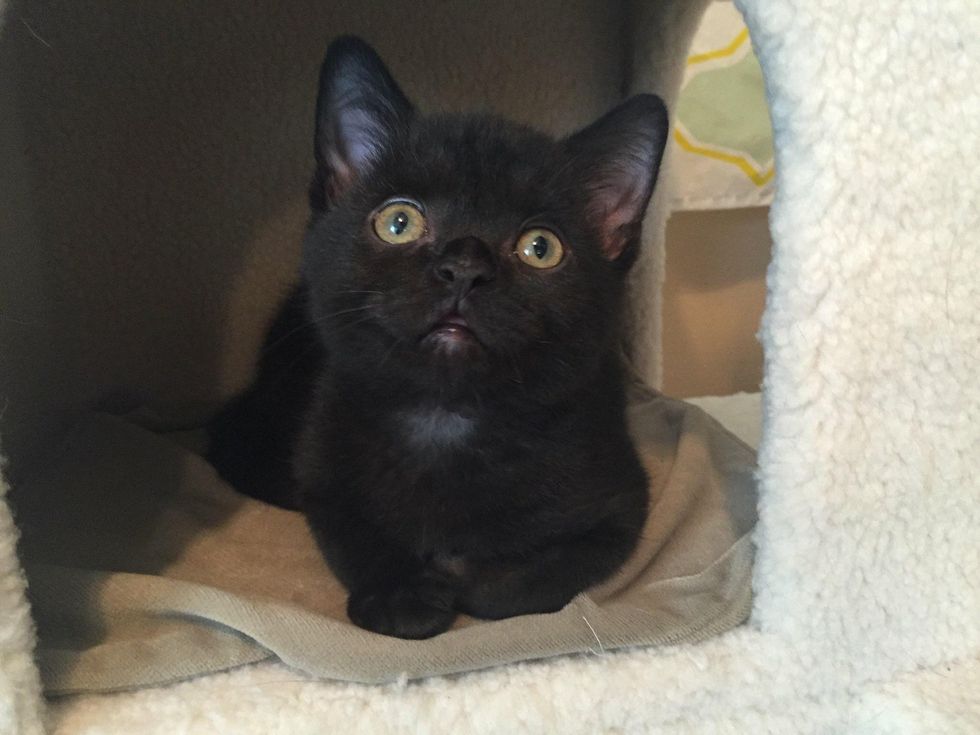 Liam is on medication that helps reduce the fluid in his brain but otherwise he is just like any other cat.

"Birth defects like hydrocephalus are certainly preventable by not letting cats breed out of control. Cats that are neurologically or physiologically atypical and special needs are very much worth saving and just as deserving of a happy, wonderful life as any other cat." 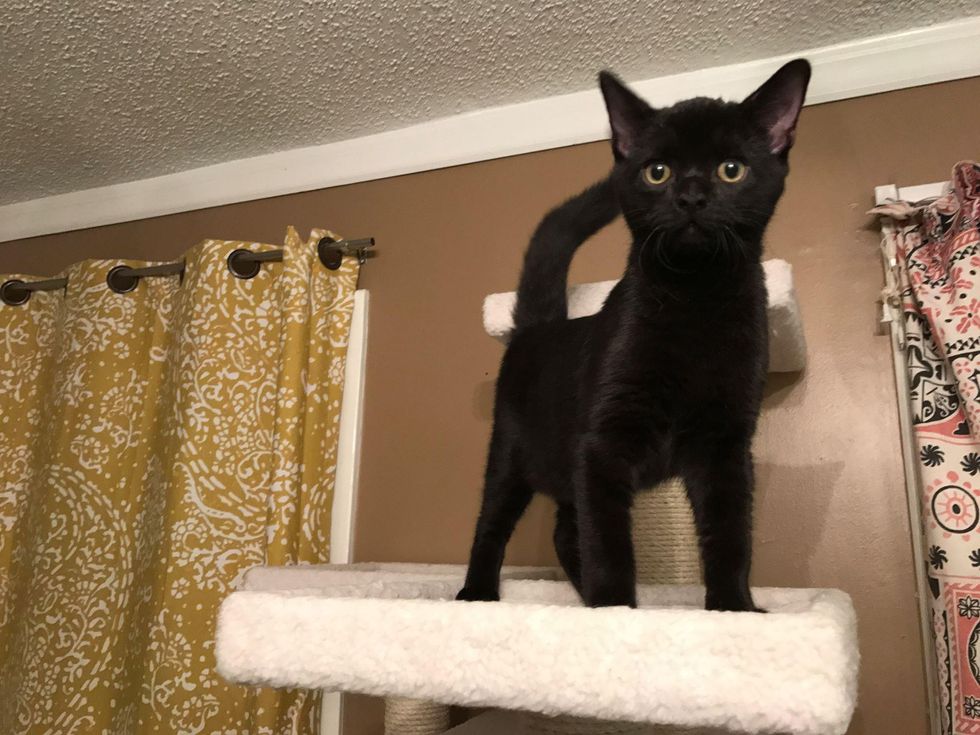 "Liam has a quality of life that is equal to that of a normal cat, but he did need medical treatment to get there... There are many levels of severity of hydrocephalus and it's very cat-specific to what needs they will have, but where there is life, there's hope.

"All cats deserve the chance to get the care they need to thrive." 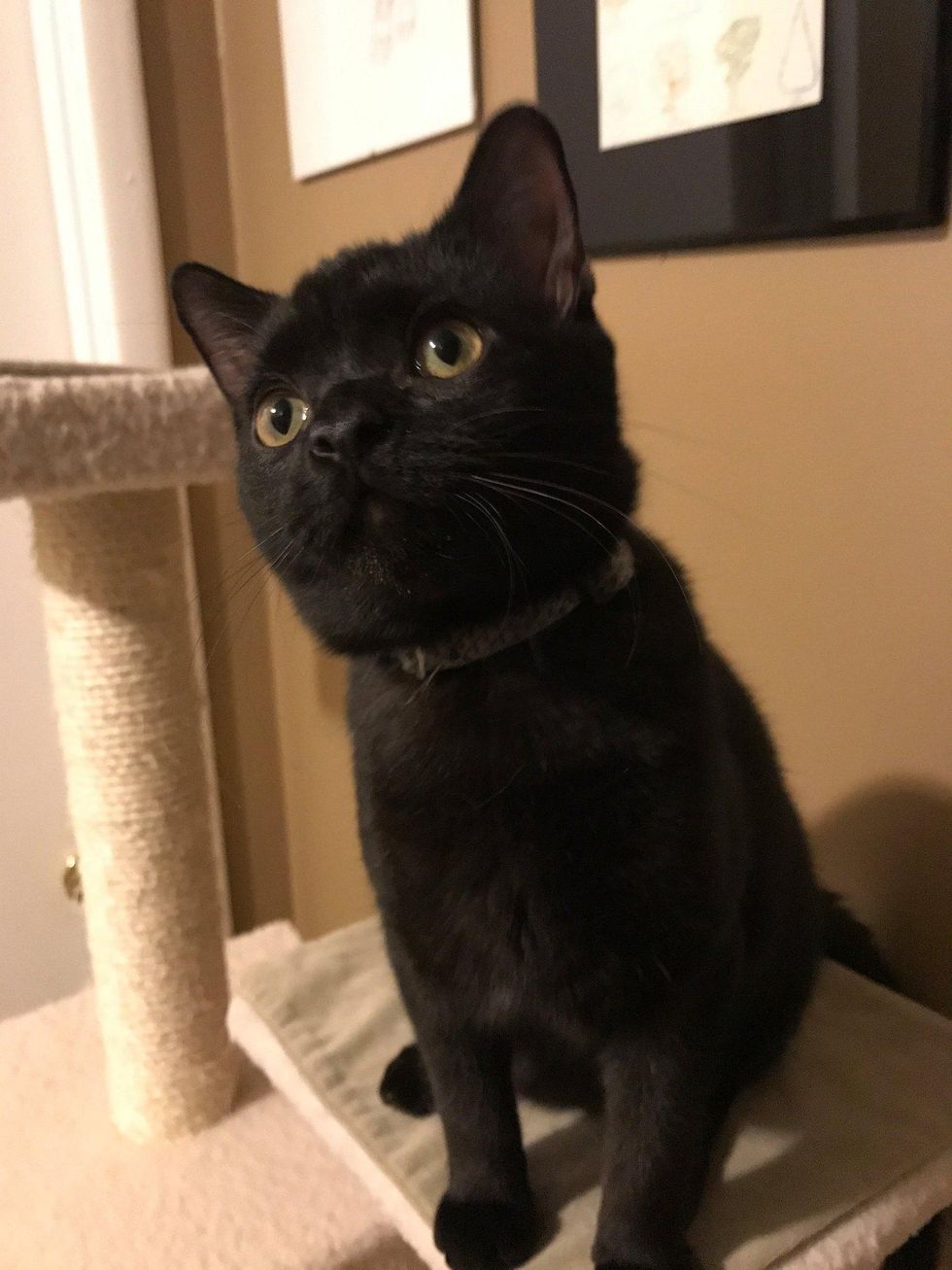 The handsome panther kitty is doing so well that you wouldn't know at first glance that he even has hydrocephalus.

"He's going to turn one year old on May 15th and he is 15 pounds of big, chubby cat," Alisa told Love Meow. 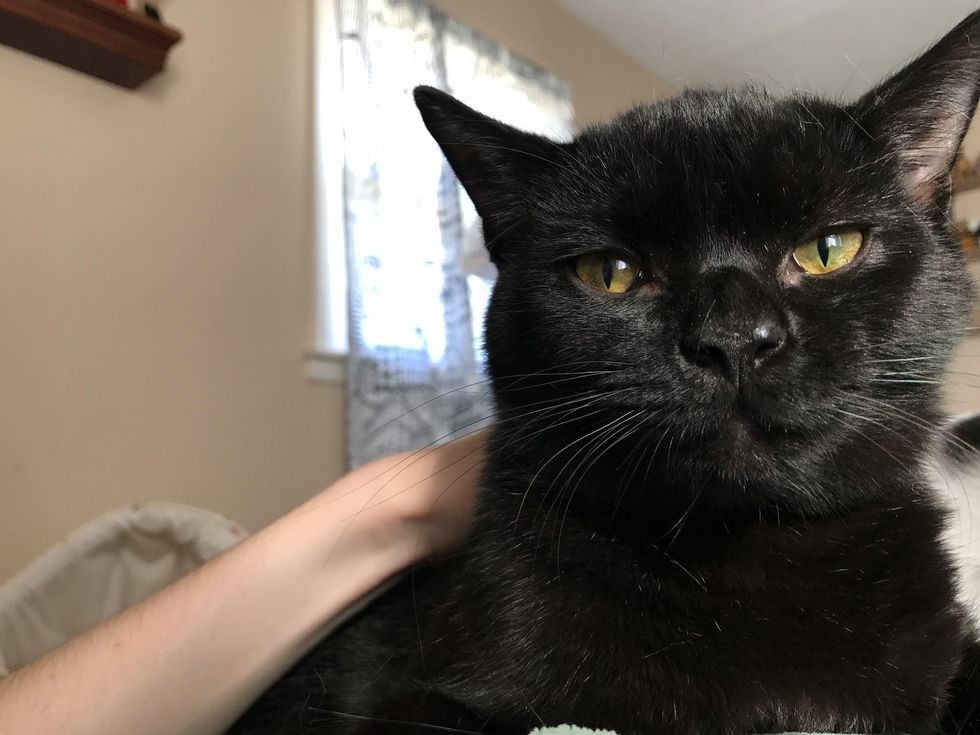