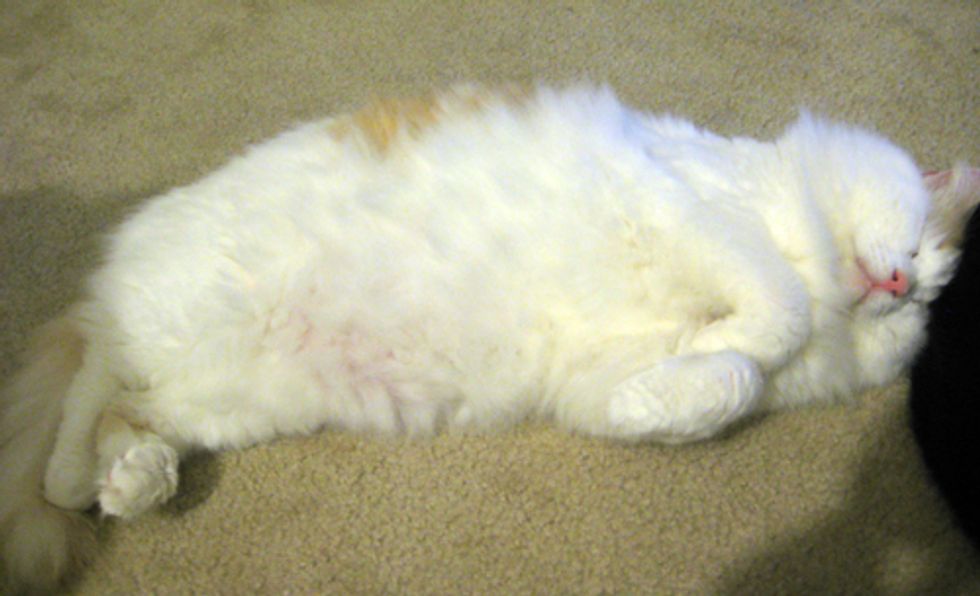 Voting for the Cat Sleeping Pose Photo Contest will start tomorrow! If you have submitted a picture for the contest, you will receive an email regarding the voting information. If you did not receive it, feel free to contact me.

The voting will be in 3 rounds:

We will divide all entries into 6 groups. You will vote for your 2 favorite pictures in each group. The 3 photos that get most votes in each group will advance to the semi-final round. 2 of remaining photos will be decided by me as the wild cards.

After semi-final, 8 photos will enter the final round. You will cast your vote for the photo that you think deserves to win. The person whose photo gets most votes will win the first prize, the runner-up will win the second prize. I will pick one photo that has the most creative LoveMeow.com sign to be the winner of the surprise award.

Winners will be announced on the following Monday.

32-year-old Cat Who Found His Humans 27 Years Ago, Left an Incredible Legacy...