Woman Saves Feral Cat, Shows Her What Love is Like, Even Allergy Can't Stop Her

A kind-hearted woman saved a feral kitten and helped her find love and trust. "She used to be feral. I have never been more in love, or more allergic." 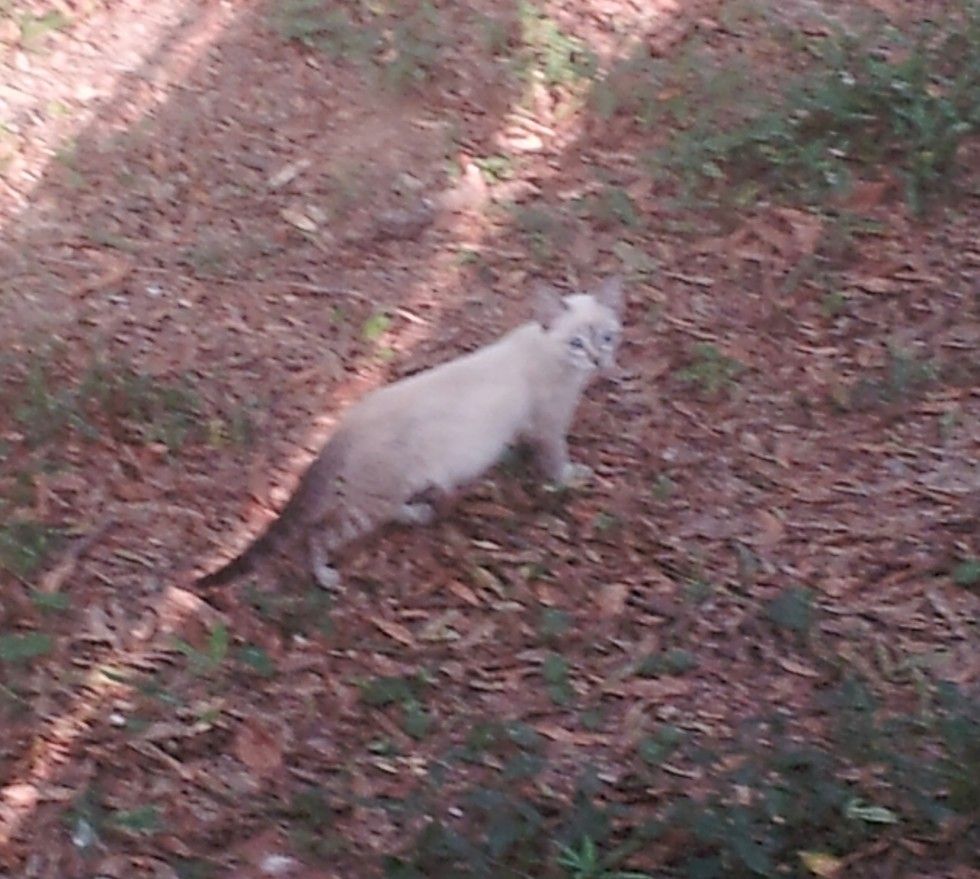 "She was one of two feral kittens from a neighborhood feral Siamese cat that were living in a woodpile in my neighbor's backyard," Ali (/u/alliwantisallthepie) told Love Meow.

"I was trying to befriend them, they were about 10 weeks old, and then I found one of them dead in the yard. I was trying not to get too attached, as I am allergic, but in that moment I knew I was going to take responsibility for the other baby." 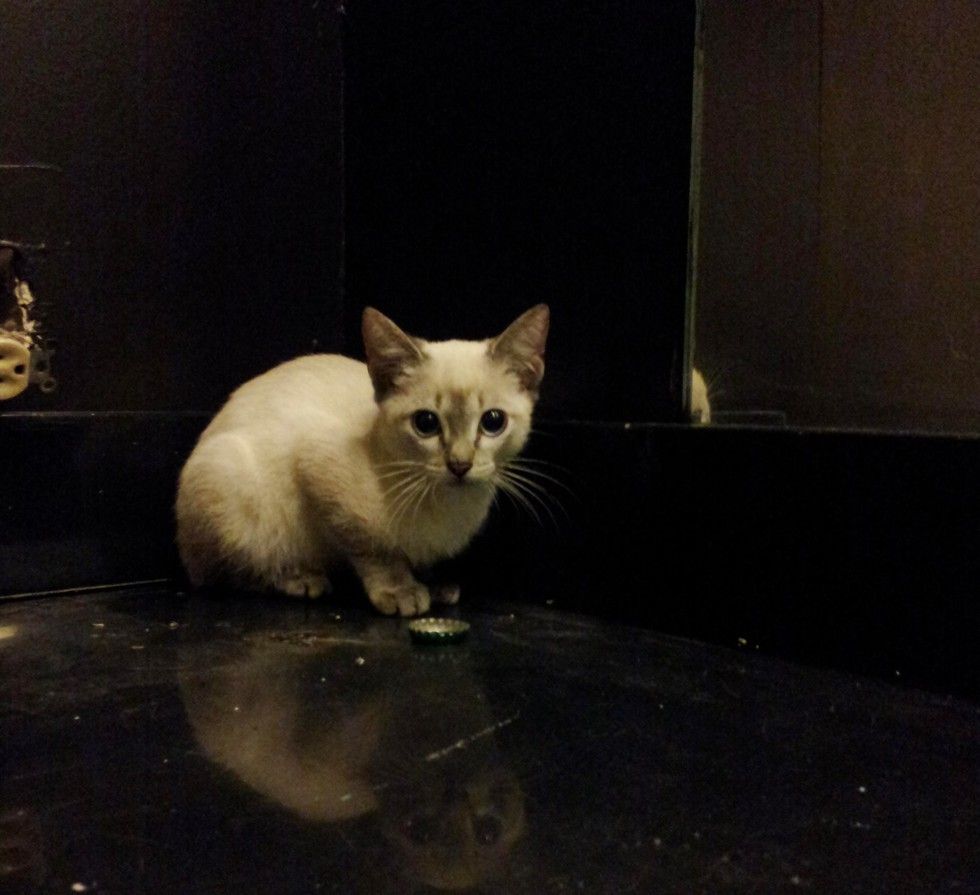 She bought a have-a-heart trap and baited it with a can of tuna.

"It only took about 15 seconds after I went back inside for her to find it. I released her in our bathroom, and she started running frantically, jumping up the walls, making frightened noises, and I was so overwhelmed and afraid she was going to hurt herself that I threw a towel on top of her and swaddled her like a baby and hugged her to my chest," Ali shared with Love Meow.

"I sat on the bathroom floor for quite some time, not knowing what to do, or if I made a horrible mistake. So then I snuck my hand under the towel and got one finger under her chin, and started scratching- and after a few seconds I could feel this tiny purring against my chest, and in that moment, I knew everything was going to be ok." 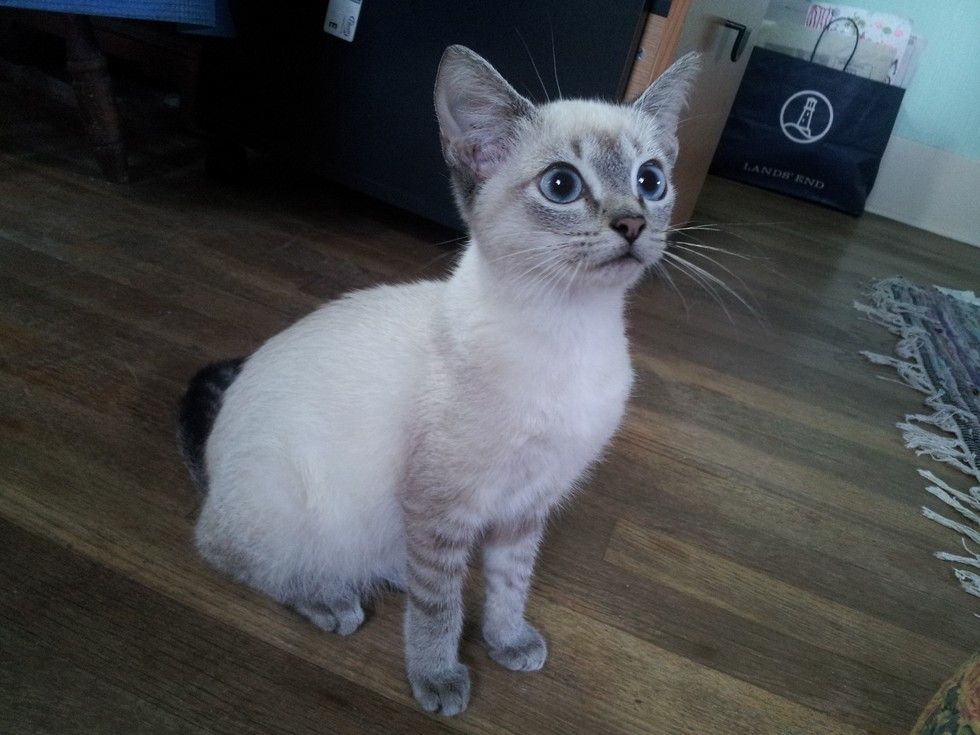 "I kept her swaddled in the towel, and put her inside of a sling-style oversized purse, and wore her around the house for the next few hours, mostly just sitting and talking in a calm tone to her, petting her chin, and making this-is-so-cute faces.

"I was also sneezing constantly, but the cuteness made it all worth it." 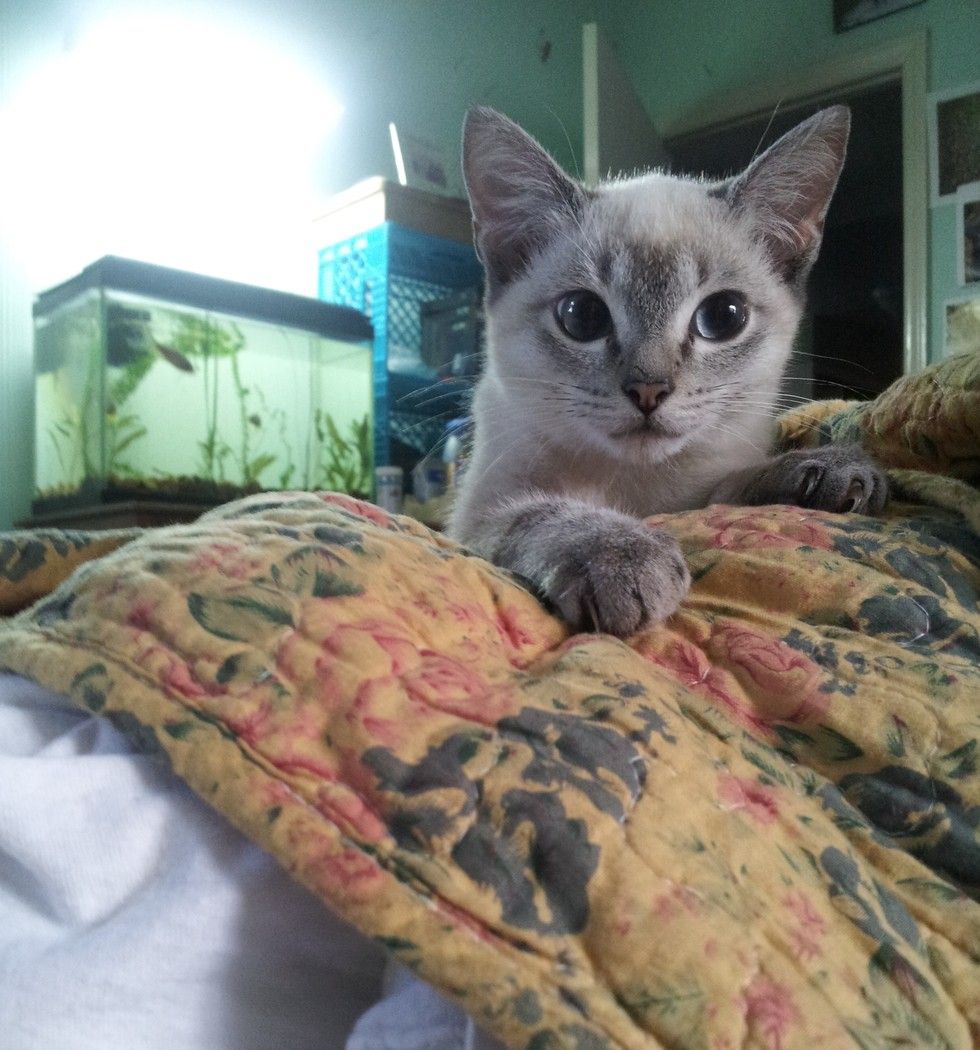 "When I let her back out into the bathroom, she was nowhere near as frantic, although she did cower in the corner.

"My boyfriend got an old paint tray, and filled it with kitty litter, and when we put it on the floor, she went RIGHT to it and peed and scratched to cover it up, and this was the second affirmation of what I was coming to realize: this cat was going to be living with us, and I would be living with allergies and a cat who I love, for the rest of her life." 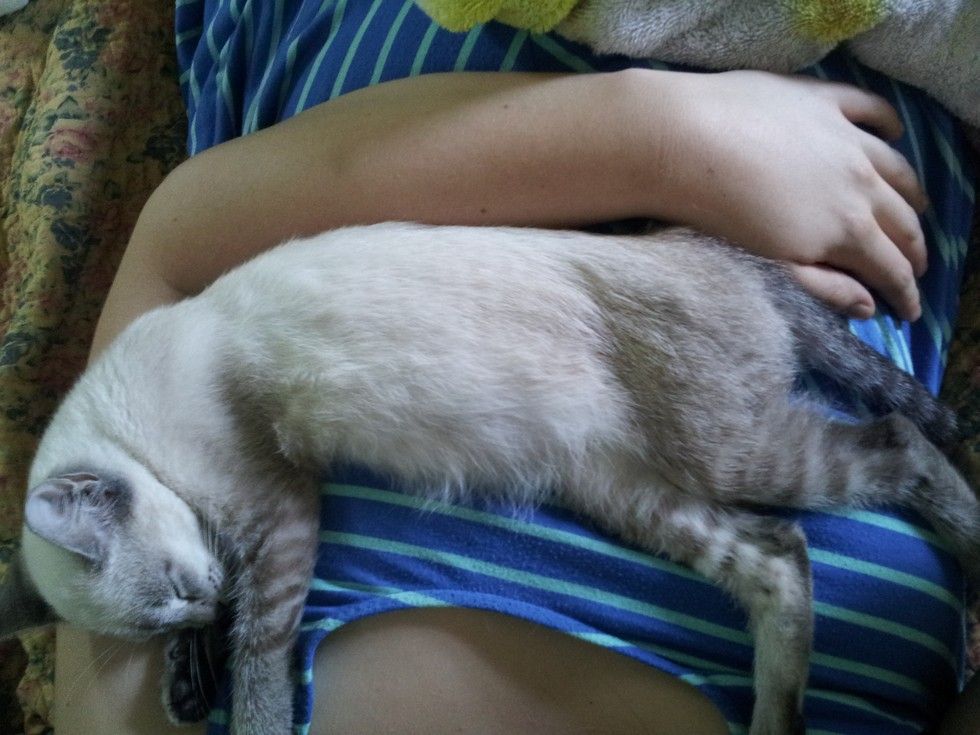 "I had told myself that I was going to get her spayed and release her, but by the 3rd night she was in our bedroom sleeping under the dresser, and on the 4th night, she slept in my bed between my legs and my boyfriend's legs, stretched out like she owned the place."

They knew by then that this ex-feral cat had chosen them to be her humans for life, and she's not going anywhere. 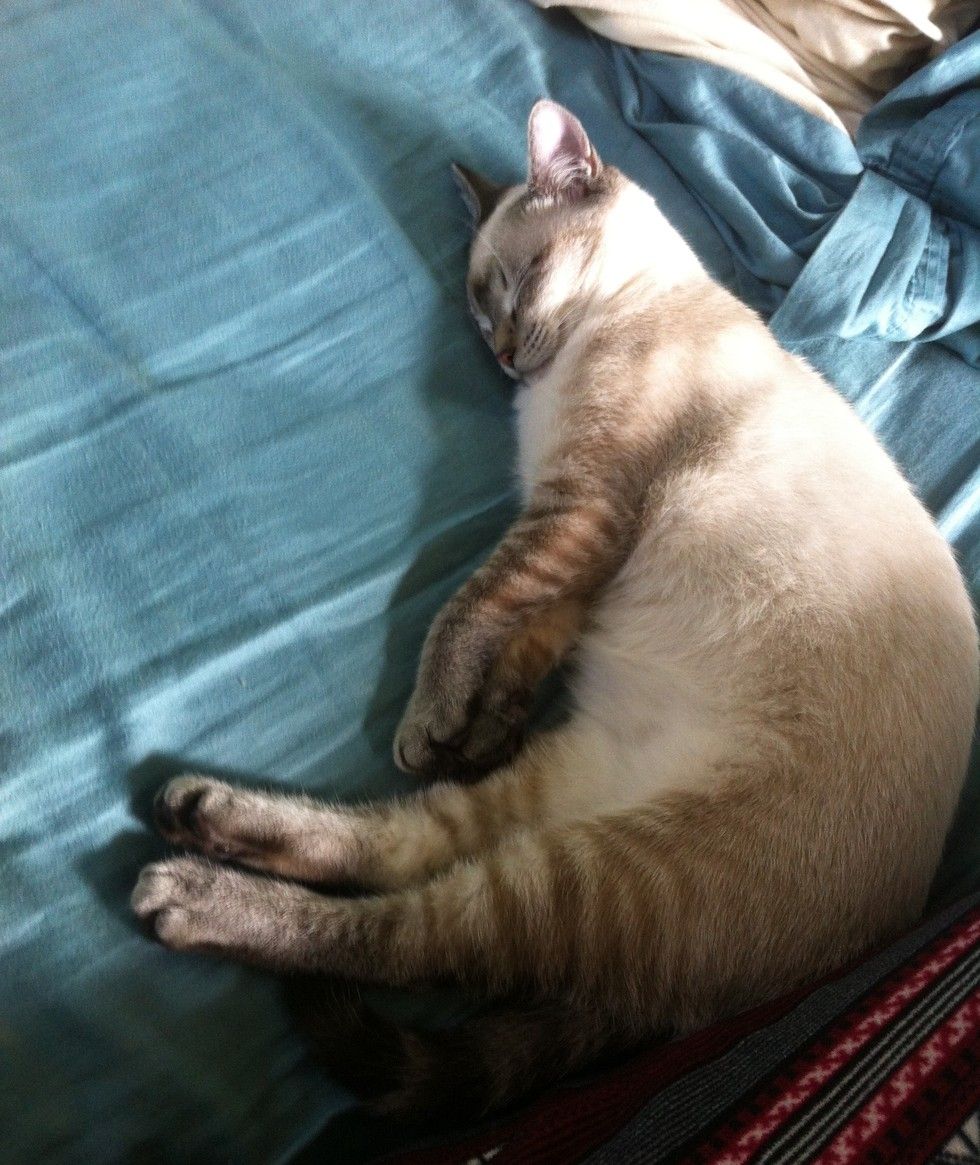 As Batman grew, they began to notice the color change in her fur.

"Batman's coloring when she was a baby was what the vets called 'lynx point' but her coloring got SO MUCH darker and more detailed as she has grown." 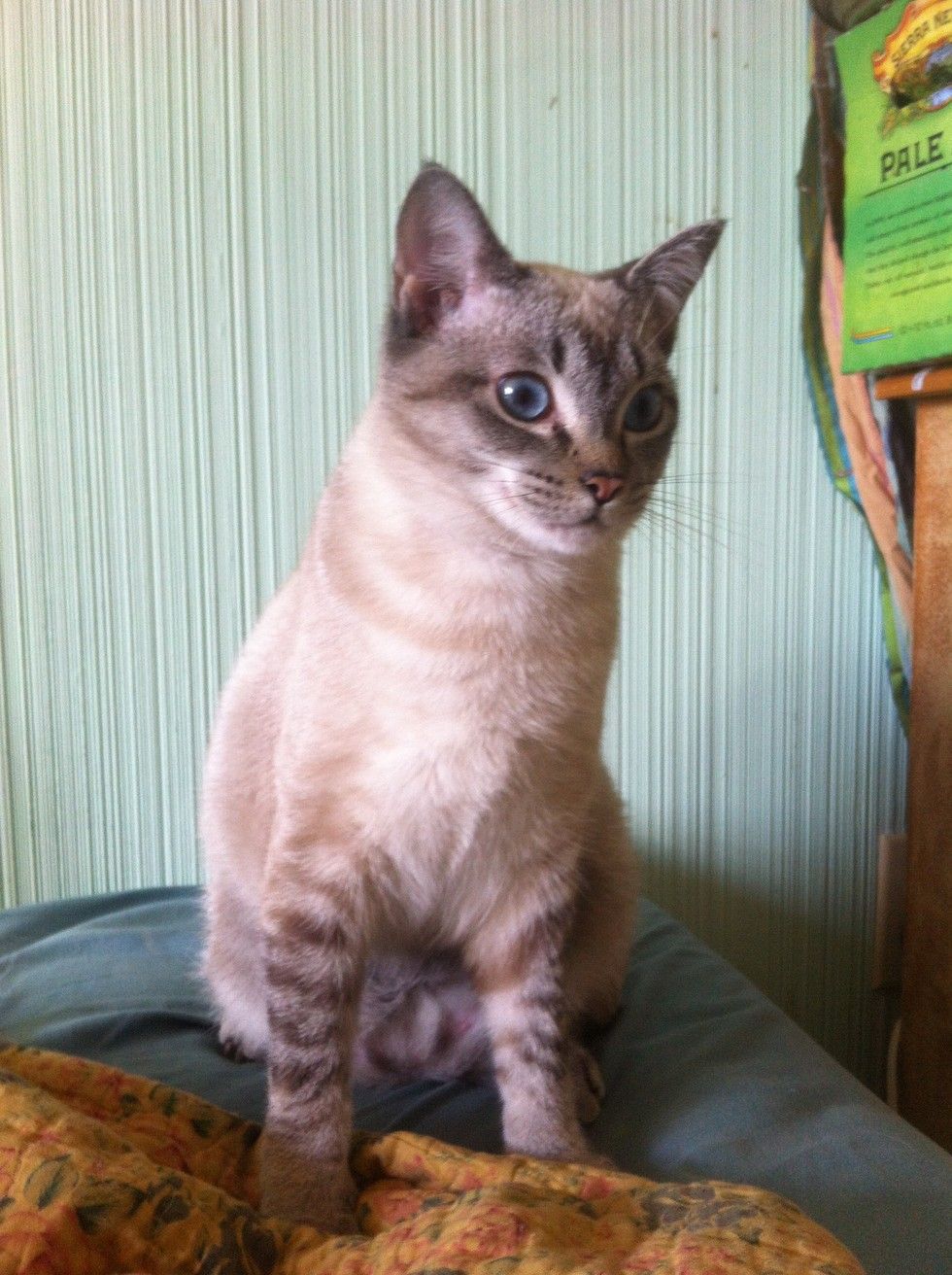 "She used to be all white with grey stripe feet, tip of tail, and nose, but now just her belly and chin are white! I don't have any idea what the dad looked like, assumably he was just a neighborhood cat," Ali said. 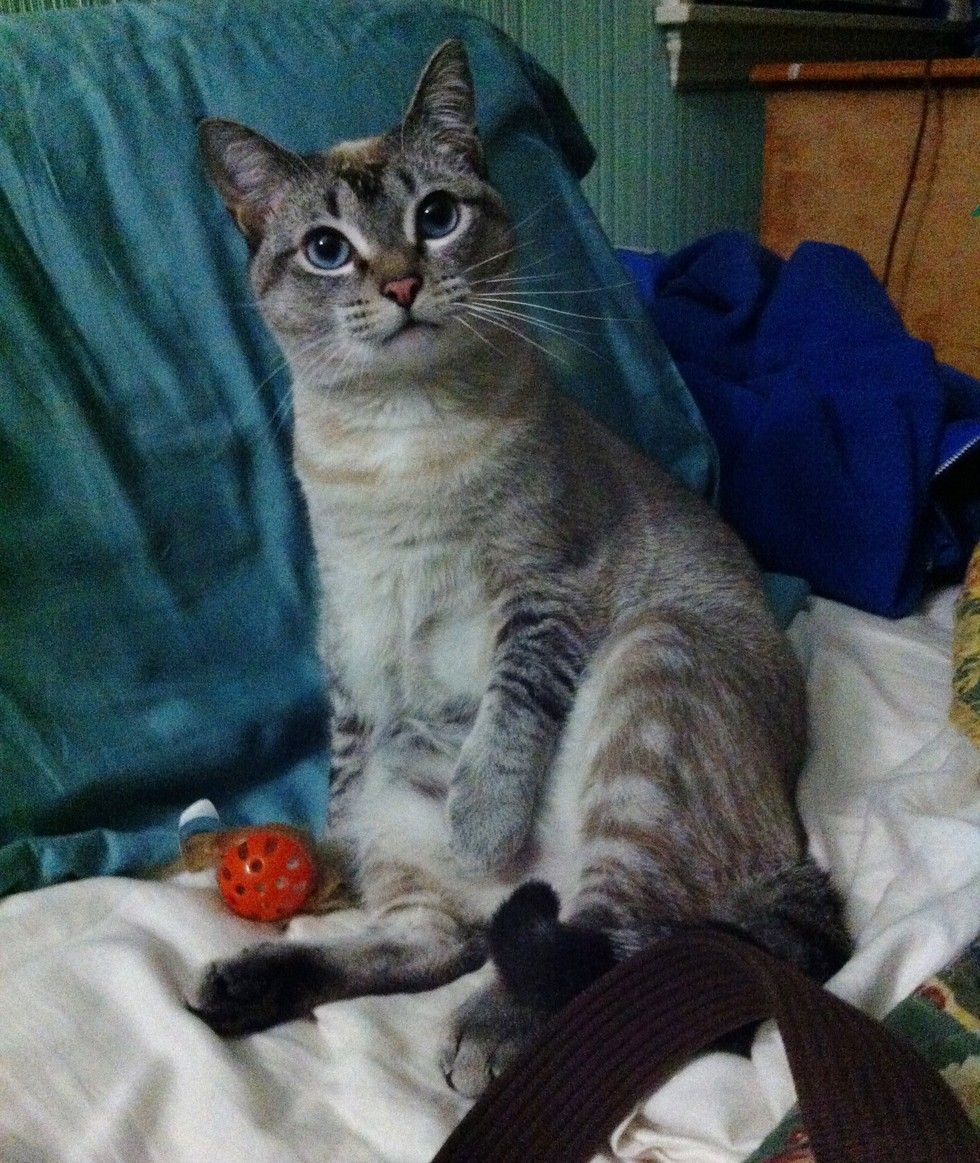 It's hard to believe she's the same cat they brought home on day one. Batman has turned into an affectionate lovebug.

Batman being a purr pillow for her human. 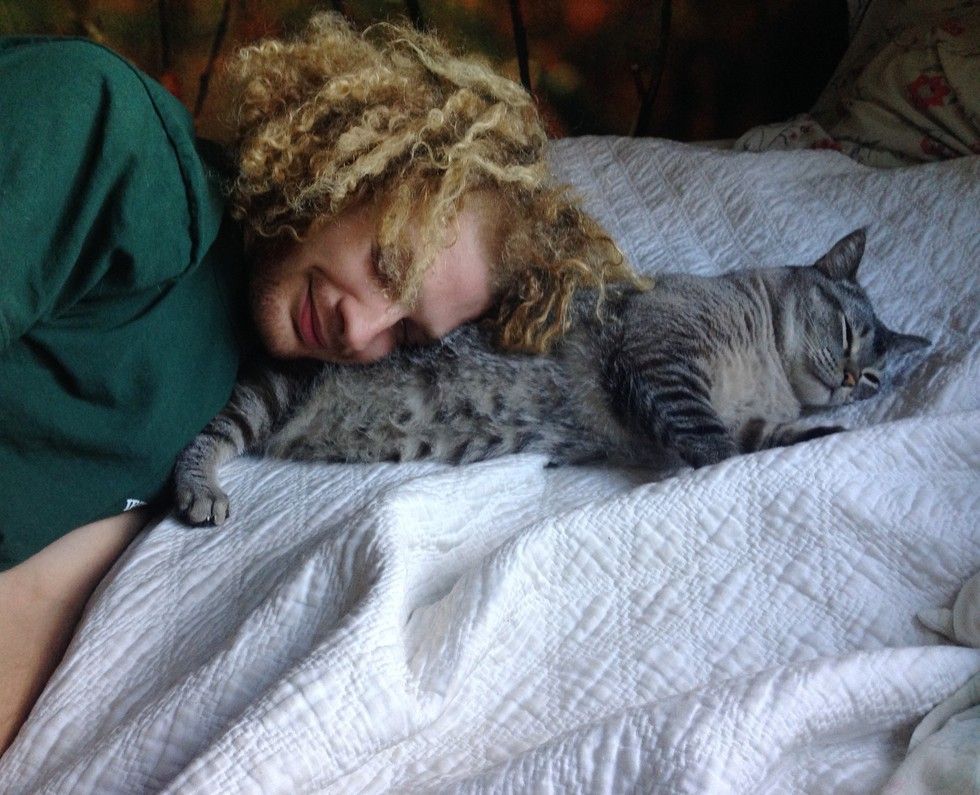 "She was VERY unsure about pettings and strangers for a long time, but she has really made a 100% turnaround."

Ali showed Batman what love is like and it changed her life forever. When Batman chose her to be her human, nothing could stop them from being together, not even her allergy. 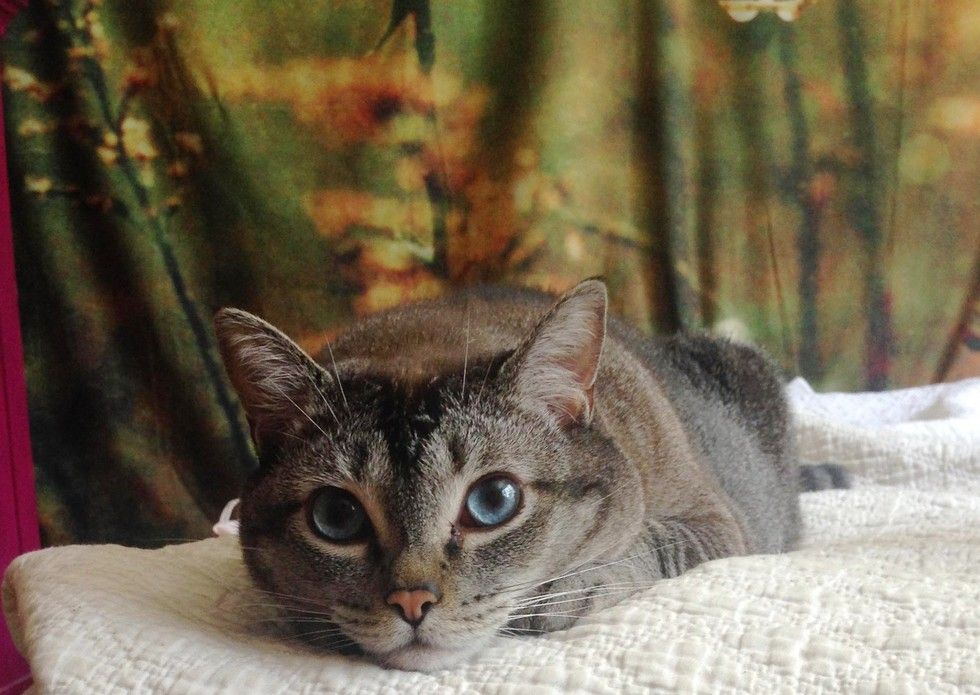