Woman Took a Chance on Micro Kitten Who Was Size of a Thumb, Now Months Later...

A tiny kitten, who was so small at birth that her own mother rejected her. Against all odds, the micro baby not only survived but thrived with a cute blep - tongue sticking out. 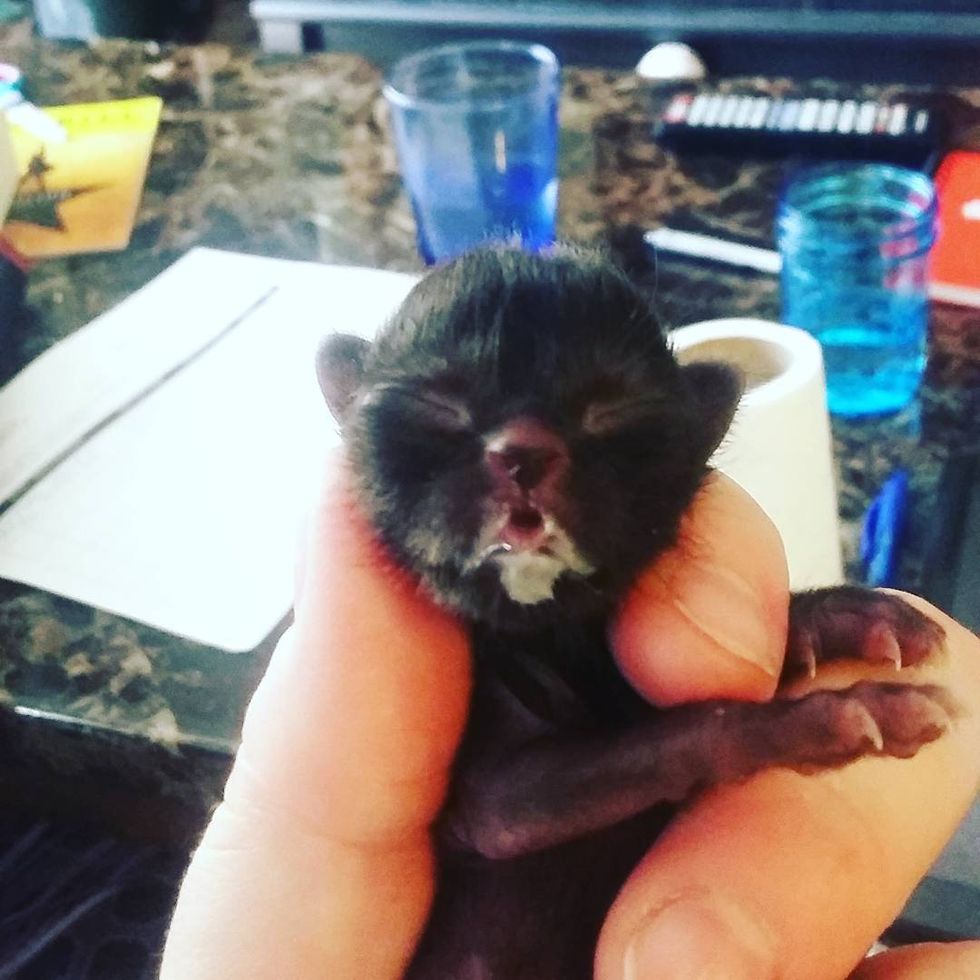 Winifred weighed only 1.3 ounces when they got her.Courtesy: Ellen Carozza LVT @thecatlvt

She was only half the size of a normal newborn kitten when she was brought to the clinic. Ellen Carozza LVT took the little fur baby in to foster as she needed special care due to her age and size.

"I was asked to take her on since all of my neonate work is with the highly complicated cases, I also have an incubator as well," Ellen (@thecatlvt) told Love Meow.

Little Winifred was so happy to have the care from a surrogate mom and food to eat that she stuck her tiny tongue out under her adorable milk stache after every meal.

Whenever she's happy or just wants some attention, Winifred shows off her little blep. "She is a pro at sticking her tongue out! She did this since being a small baby and we laugh each time she still does it!" 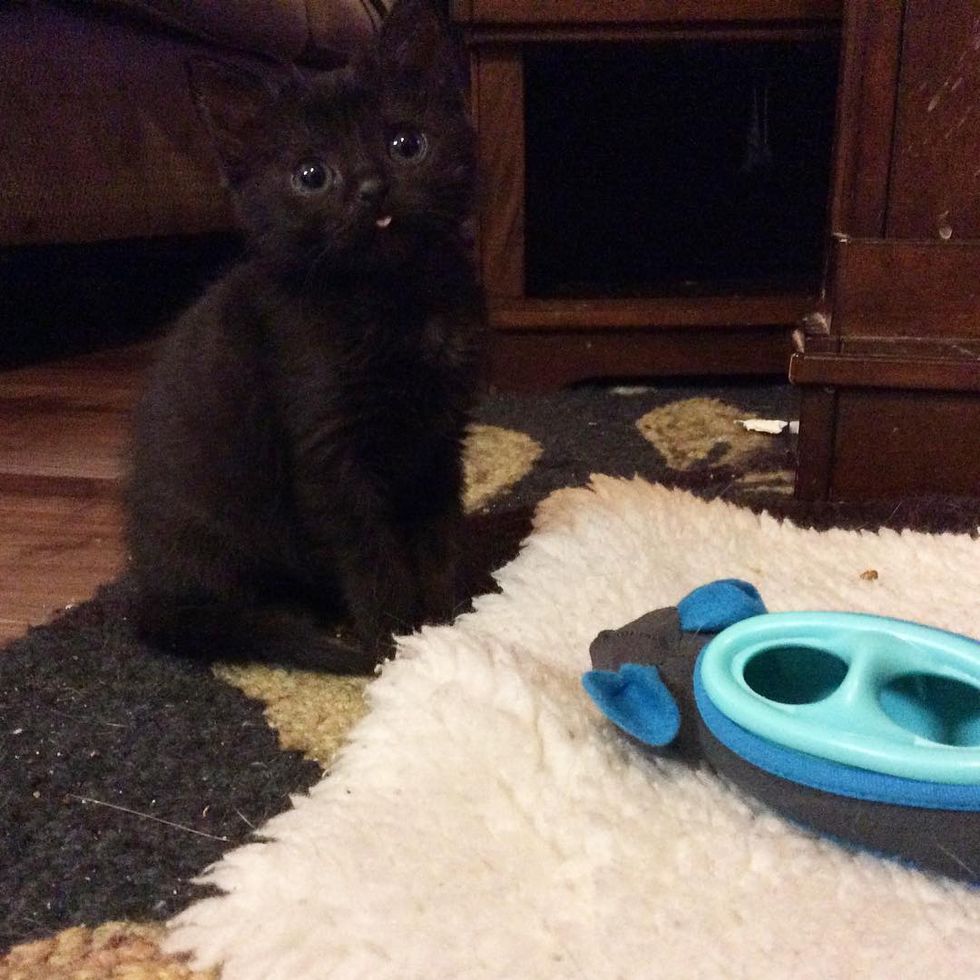 Winifred graduated from being fed through a tube (due to her tiny size) to a standard bottle at two weeks old. She was finally the size of a newborn kitten but her energy was boundless.

With a face like that, it's impossible to say no. 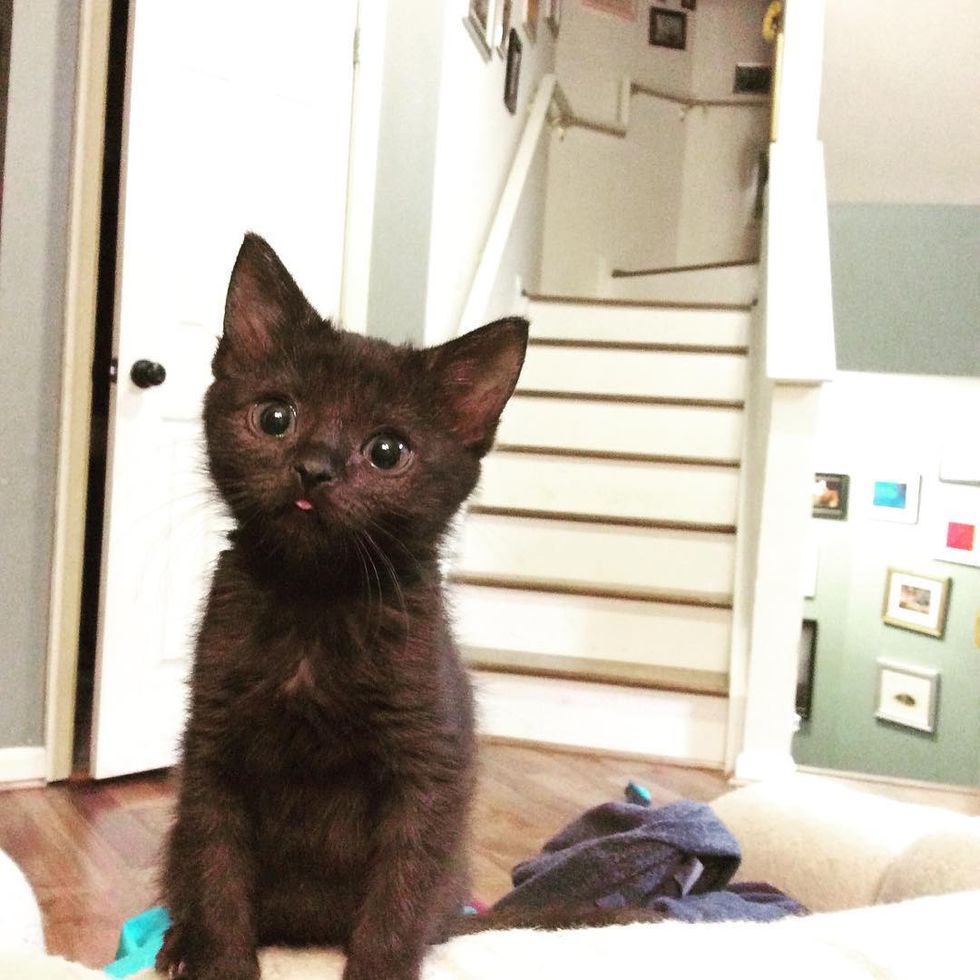 This little miracle girl never ceases to amaze her caregiver with her strong will to live and grow. 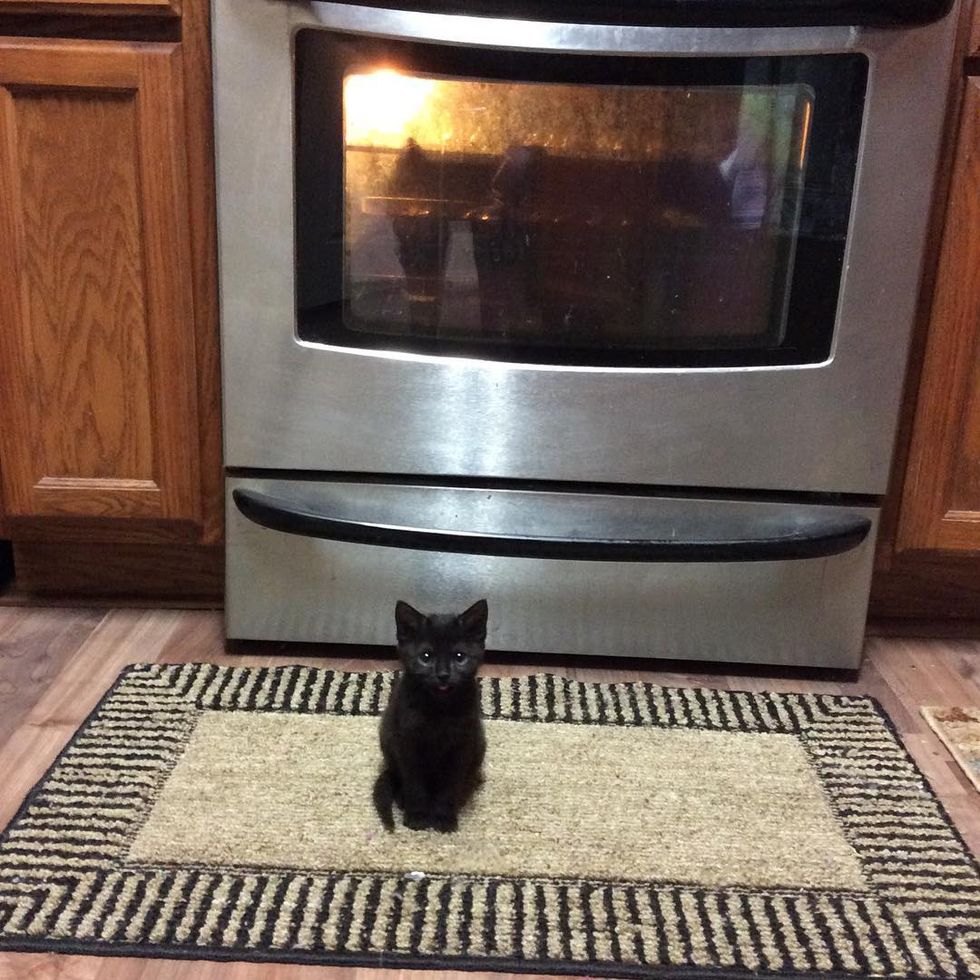 Winifred had her first ever Christmas.

She sticks her teeny tongue out for a purrfect Christmas photo. 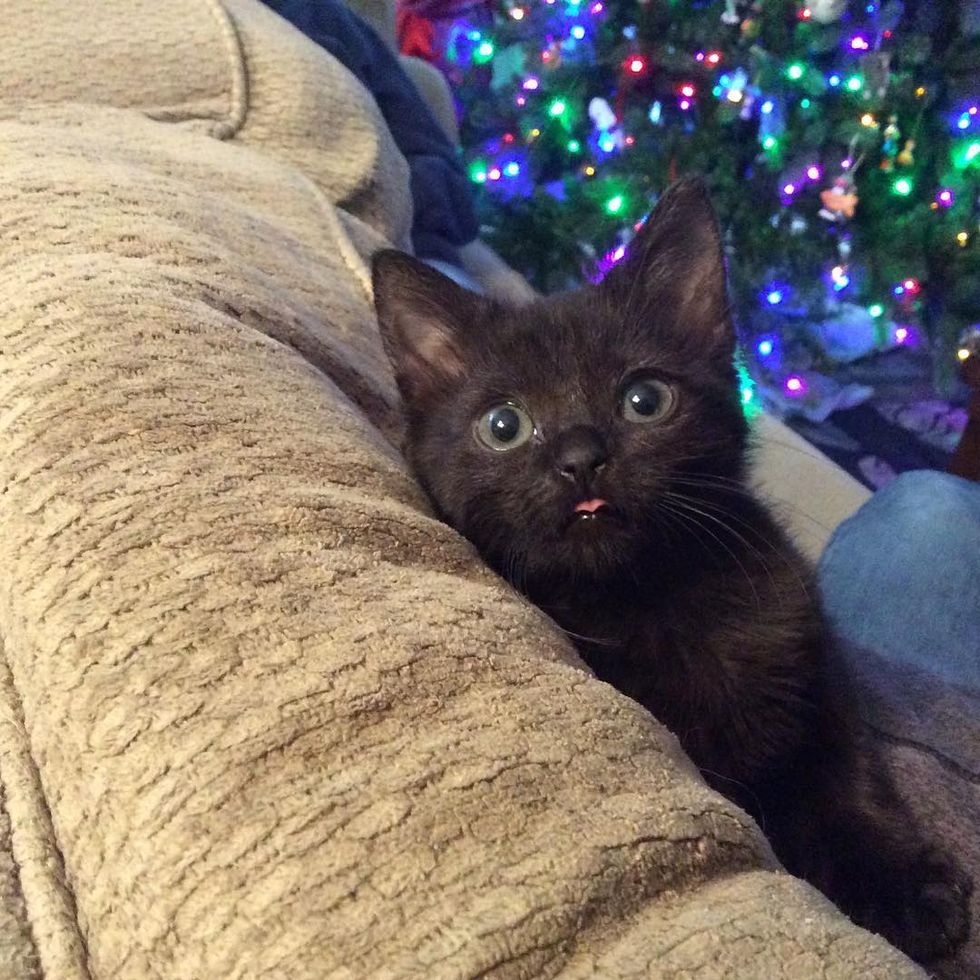 Winifred after a long day at the vet.

Her tongue tells it all. 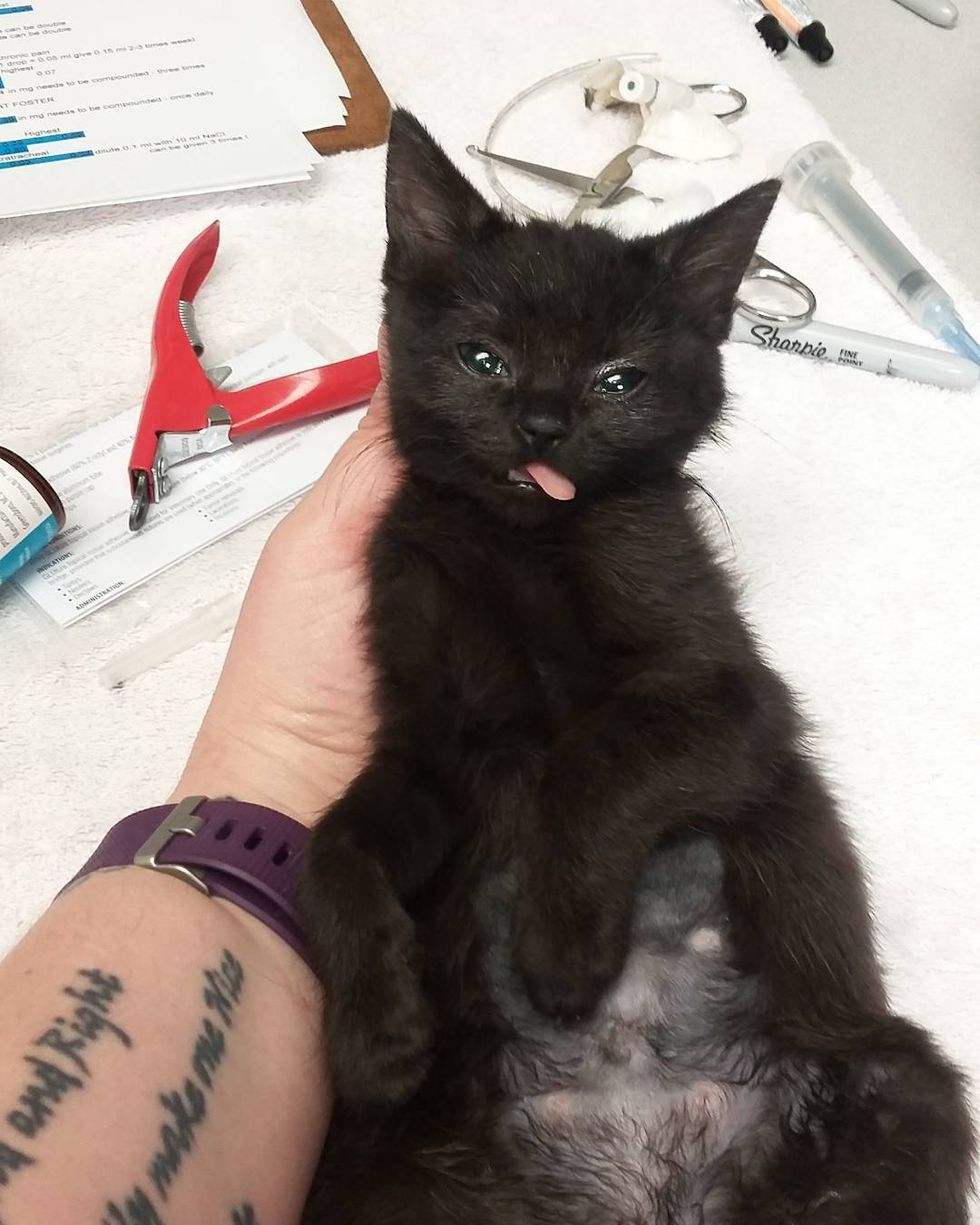 She loves to be held and likes to stay in the pocket to be carried around when her human is at work. 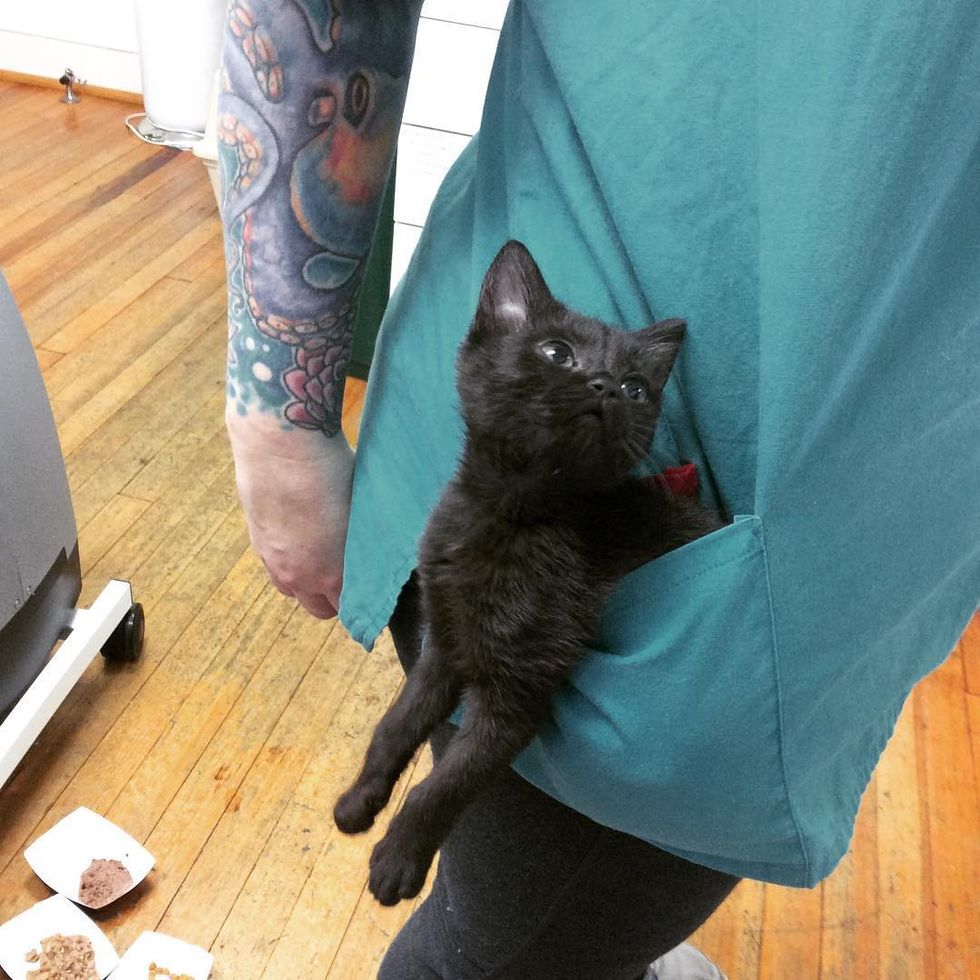 She's still half the size of a normal kitten, but she makes up for it in abundance with her cuteness - that blep! 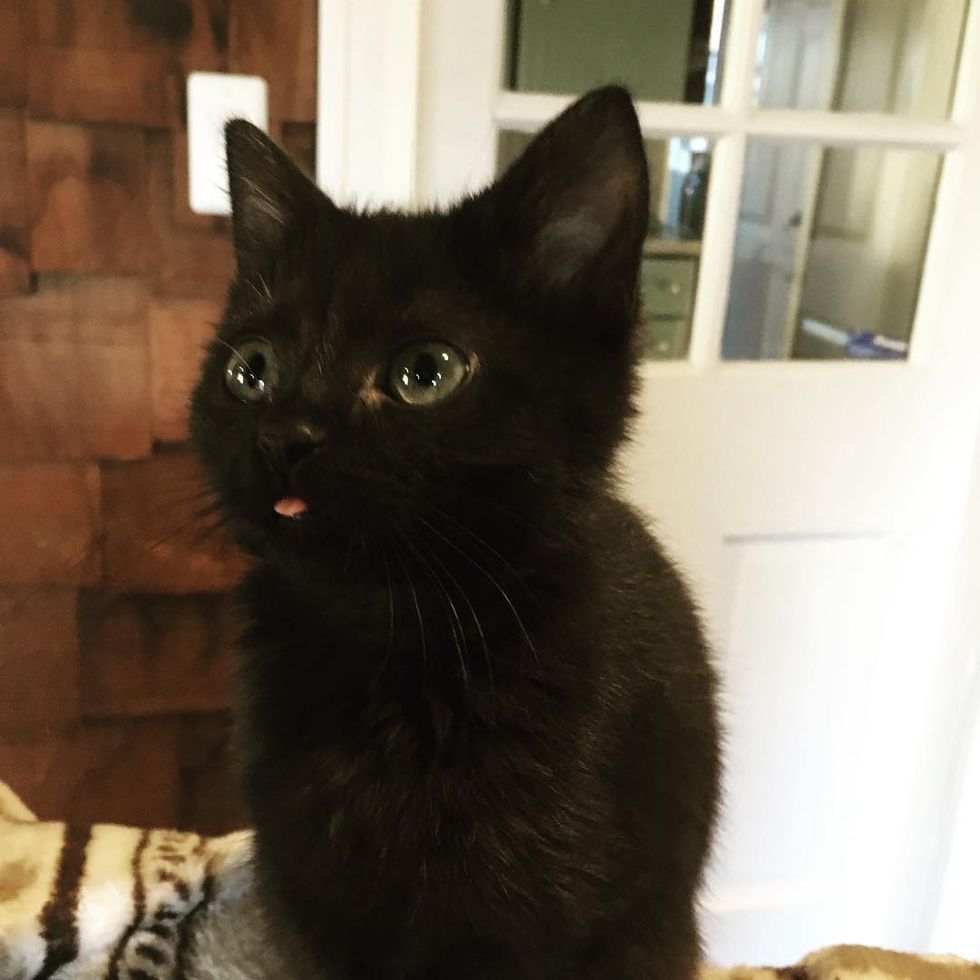 Winifred has grown from a tiny baby who weighed as much as a feather to now a regal blep! 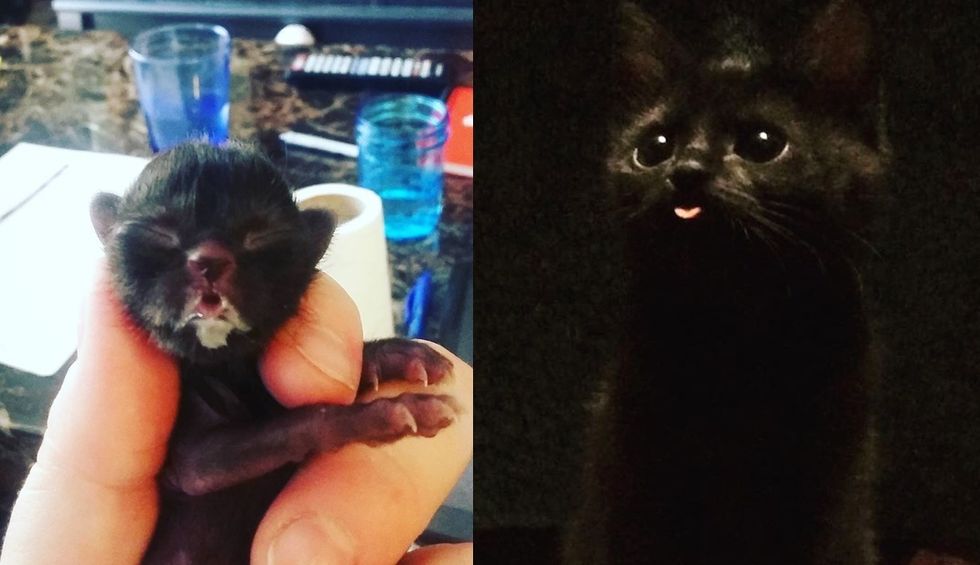 She is a petite little gal who has so much to give. Winifred is constantly supplying cuteness to everyone around her with her signature micro blep.

They celebrated her every milestone and took everyday as a blessing...

At three months and two weeks... look at her now! 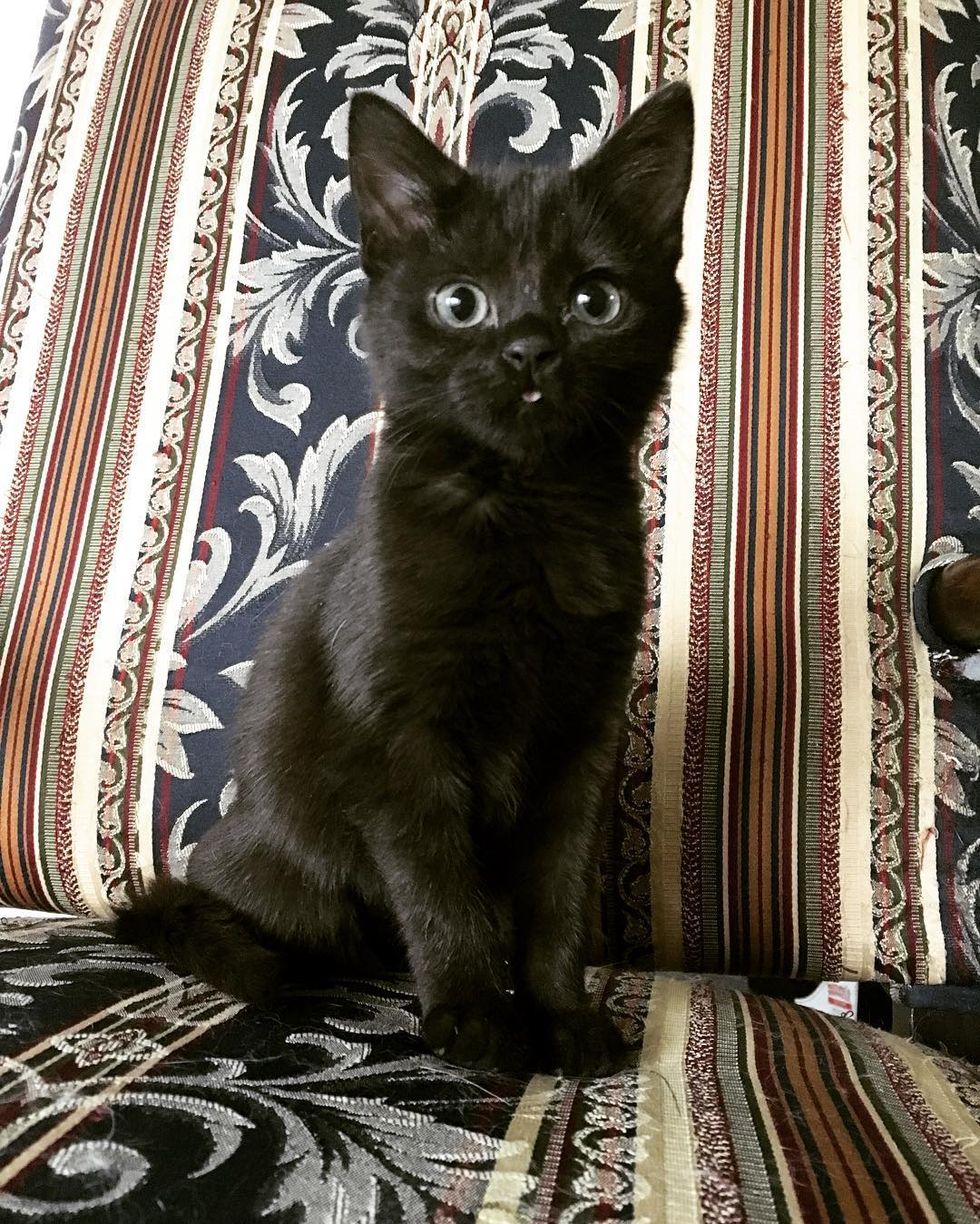 Winifred is all grown up now! 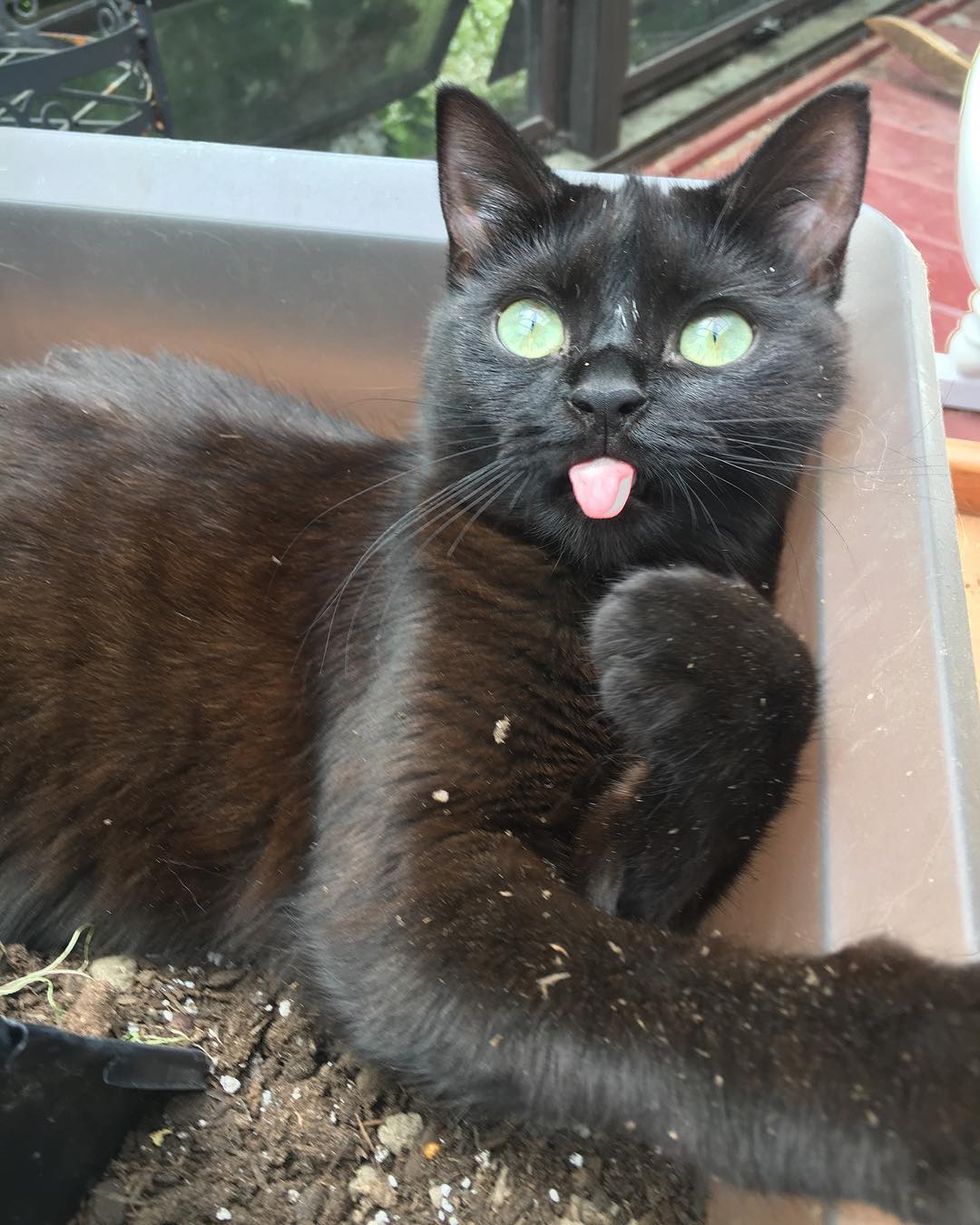 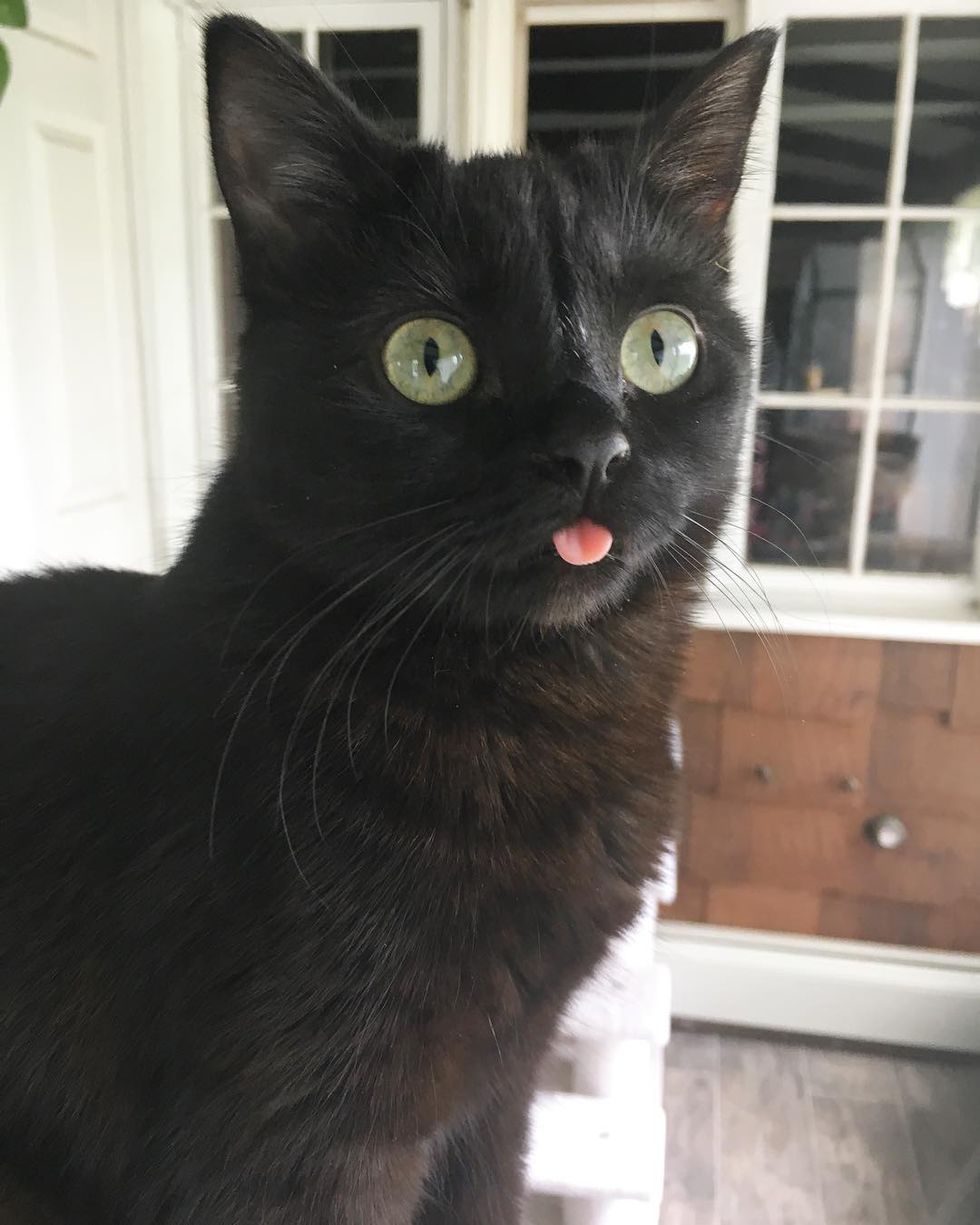