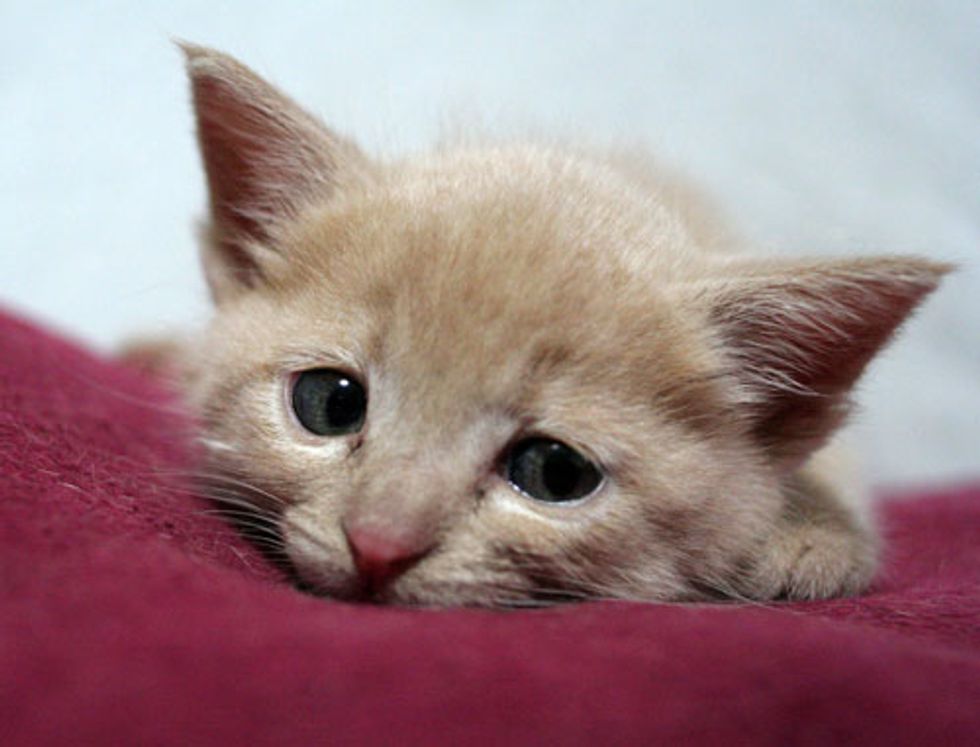 This little cream colored kitten was found covered with dirt near a cemetary one morning. "I grabbed the kitten and ran home right away. There was a lot of soil on his body, so I decided to give him a bath once we got home," said the rescuer from Japan.

After getting cleaned up, the little kitten was given some food, then they were off to the animal hospital.

"He's got a big voice. Compared to the size of his head, his body was quite small. You could easily touch his bones which means he was very skinny at the time. The vet cleaned his ears and gave him a full physical checkup. While waiting for the stool exam, I was told to quarantine the little rescue for two weeks until all the tests were cleared." His foster mom named the little kitten Yu.

The little one was growing speedily. In just one day, Yu gained 26 grams already. "He loved to stick his nose into the food while eating, so I had to wipe his nose after each meal."

Yu was staying in a room upstairs away from the other cats during his quaratine period. After all the tests cleared out, Yu started getting aquantainted with the other kitties. He became a mischeif maker as soon as he came out. He would climb on a pot and attempt to investigate the inside. Yu quickly joined two tabby rescued kittens in creating a riot in the house.

About two months after Yu was found, he was taken to a loving home and is having the time of his life.