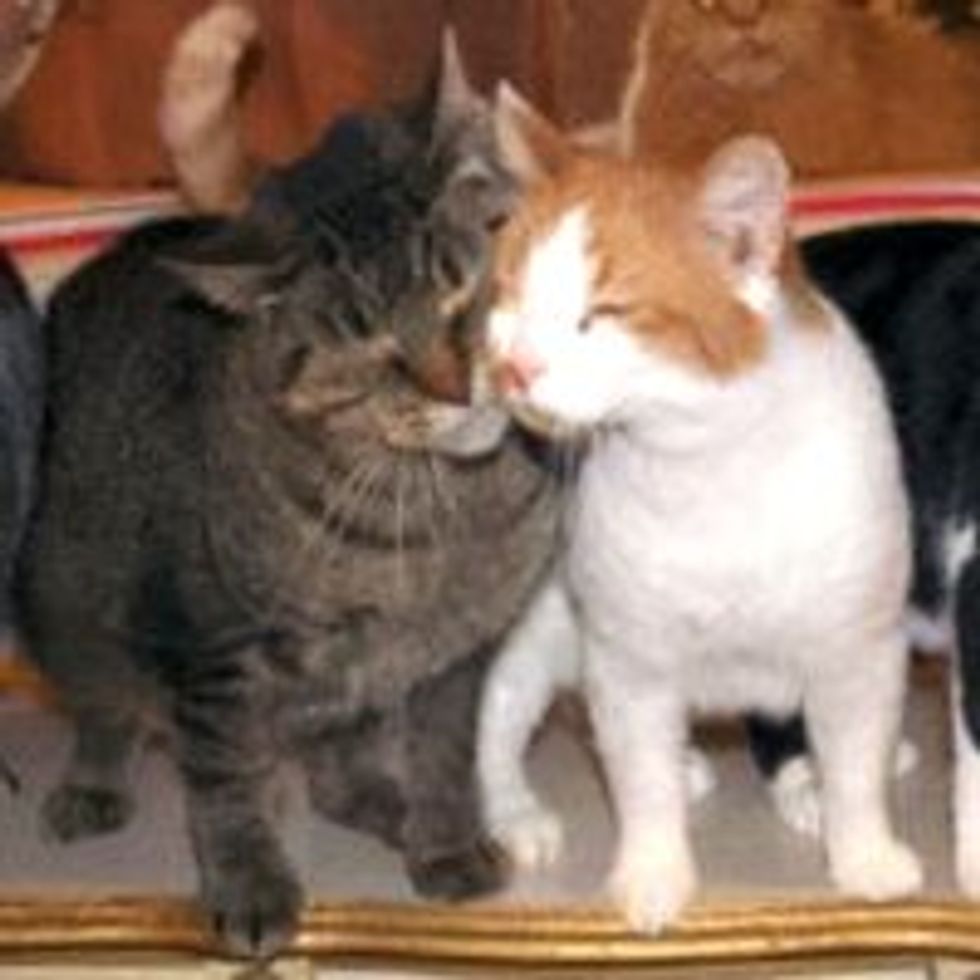 This is one of the few sanctuaries in the U.S. to give Feline Leukemia and other 'adoption challenged' felines a 'chance at a lifetime'. Its name is C & W Rustic Hollow Shelter located in Iowa, a non profit, cage-free sanctuary for special needs felines with disabilities, chronic medical conditions, those with Feline Leukemia or FIV, and felines displaced at the death of their guardian.

"Our goal is 'happy cats.' Their quality of life is our top priority along with care and feeding and keeping their houses clean. I attribute the happy contented cats to my wonderful staff who go above and beyond in caring for the furs," said Carmen Conklin, the founder of C & W.

"Our caregiver employee team of 10 and several volunteers care for the over 350 felines and several very senior dogs that call C & W their forever home. We offer an 'alternative to euthanasia' as many of the felines that come to us are at the 'end of their lives' without a sanctuary to welcome them. Our sanctuary residents come from over 30 states and from all across Iowa," said C & W.

These beautiful kitties with special needs live in actual homes where they are safe and have freedom to walk, sleep, play, look out windows and even go outside in special enclosed outdoor cat rooms. (C & W Facebook group) 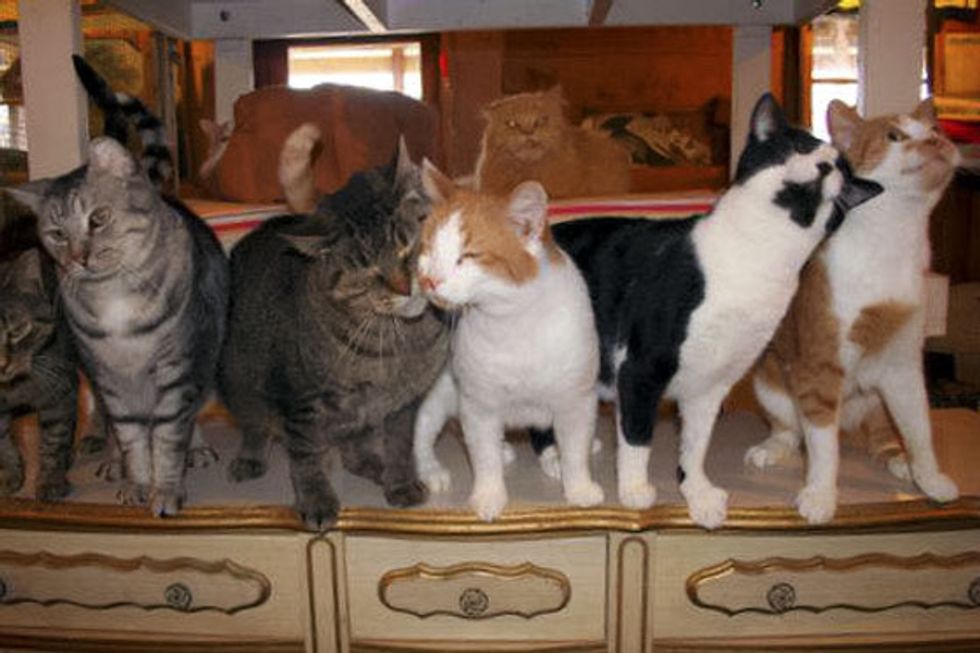 Kitty Kottage-cats in their playroom loving the sunshine 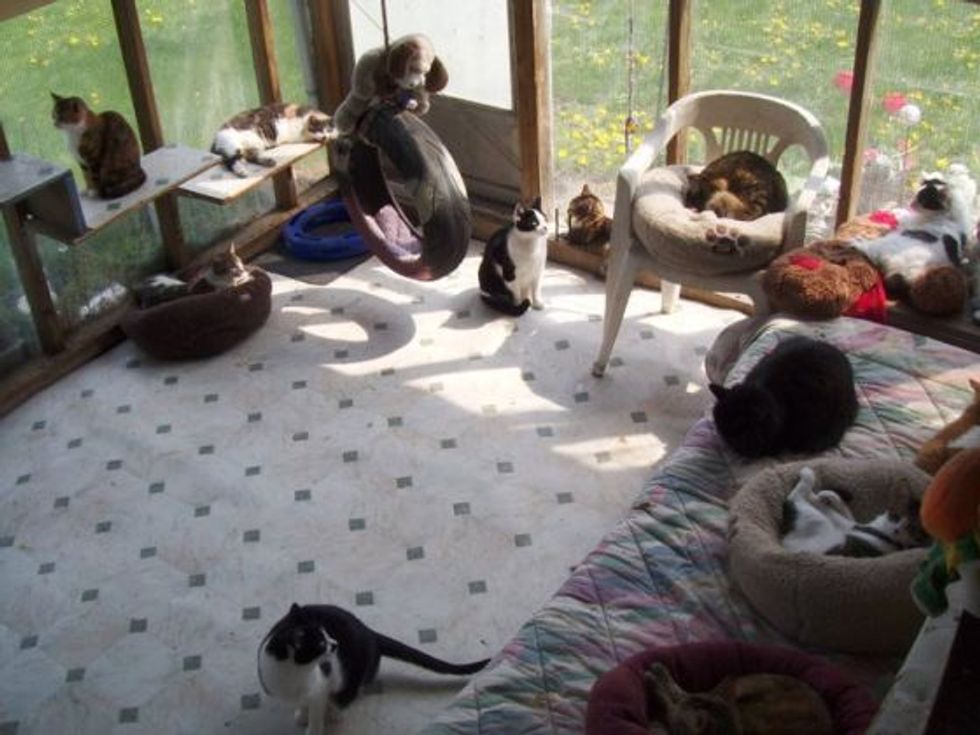 Keyko is the sweetest kitty ever. He lives in Sandy's Kitty Haven building because it is peaceful and quiet with the fewest cats housed there. Keyko was born with Devon Rex Myopathy syndrome, a malady that affects his muscular system as well as his heart.  He stands up for his treats because he cannot lift his head because of the weakness of those muscles. However, he loves to climb up high where he can lay his head on the perch and look down on everyone. He loves people, petting and treats. And his roommate Maya. They are the best of pals. 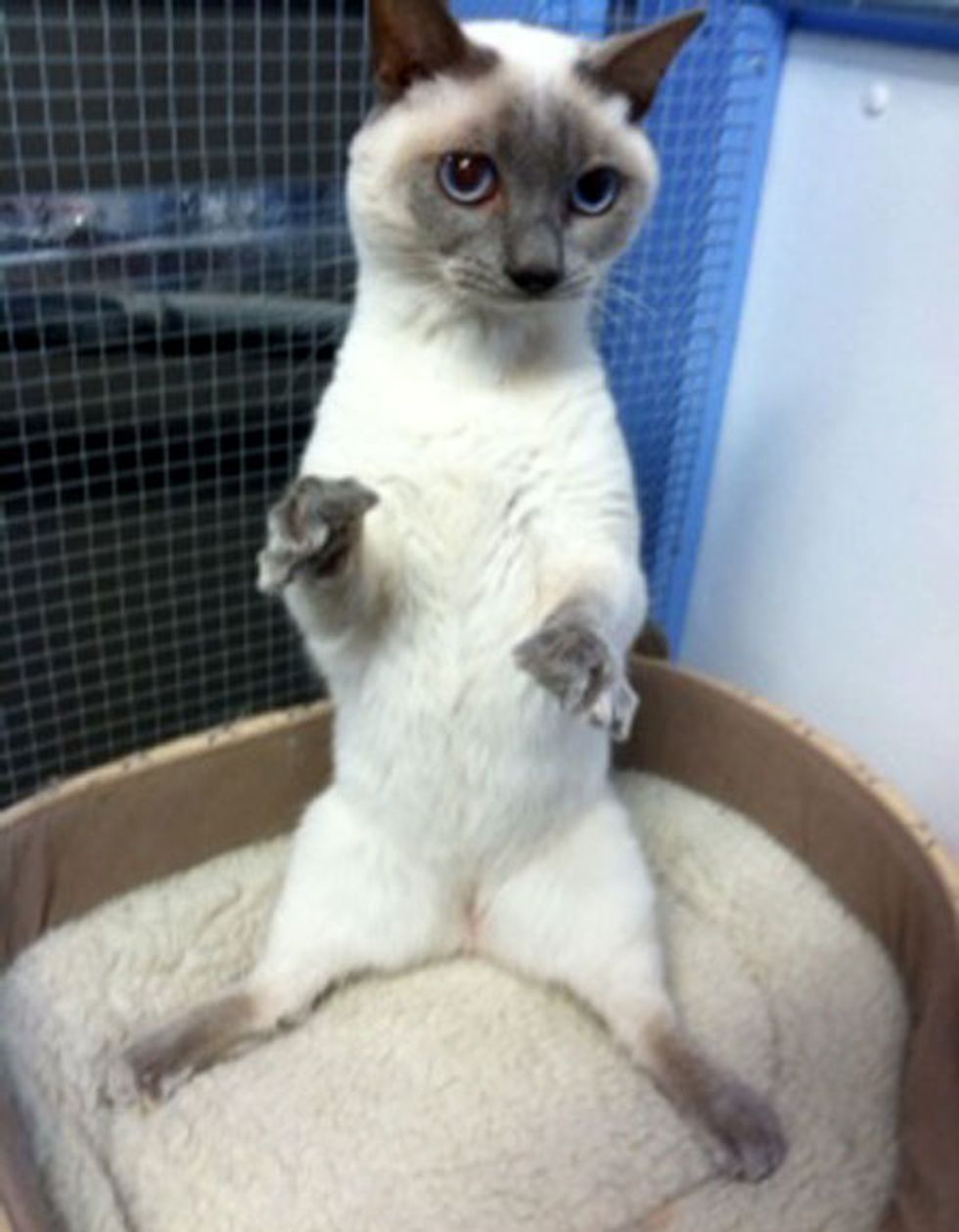 Burnie arrived at C & W in 2003 after he had been deliberately burned in a burn barrel. The humane society that rescued him spent a lot of time and money into his recovery and healing. Then he would not use the litter box for them. Since C & W take in kitties when they have been unsuccessfully retrained to the litter box, and Burnie had such a wonderful personality, they asked C & W if they would take him in. Burnie d.Katt is now their spokespurrson and very content in his home in The Kat Barn at C & W. 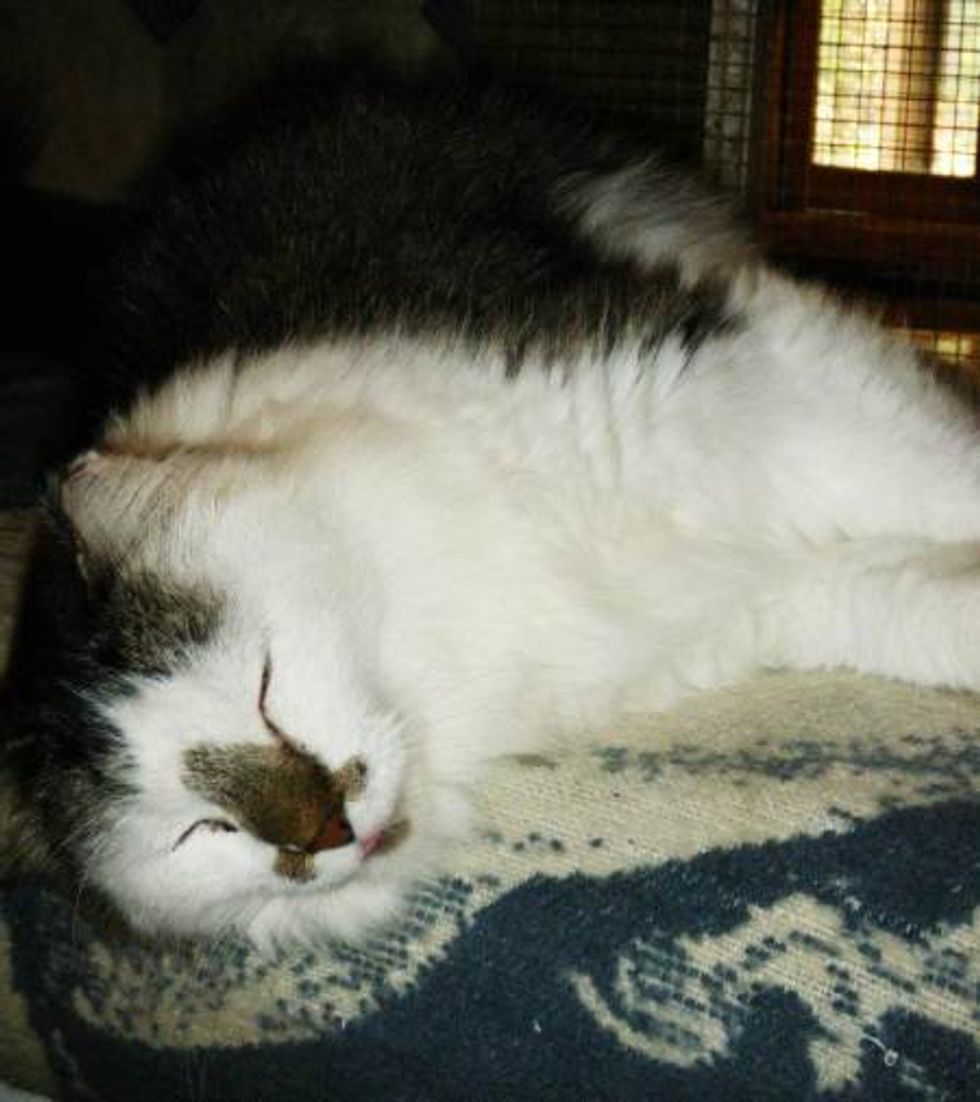 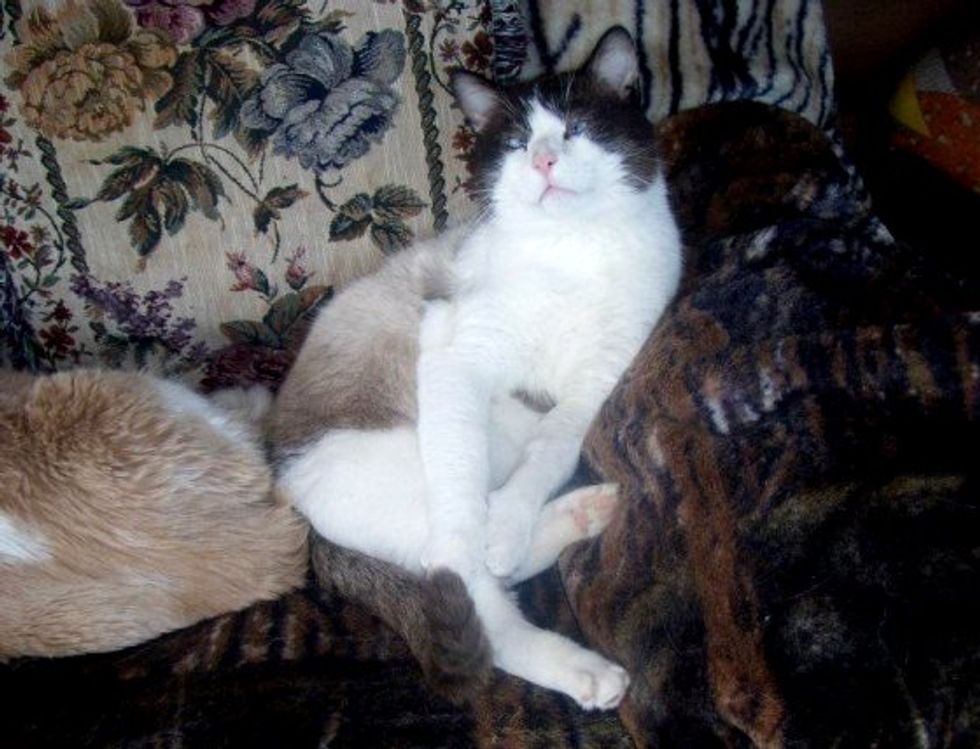 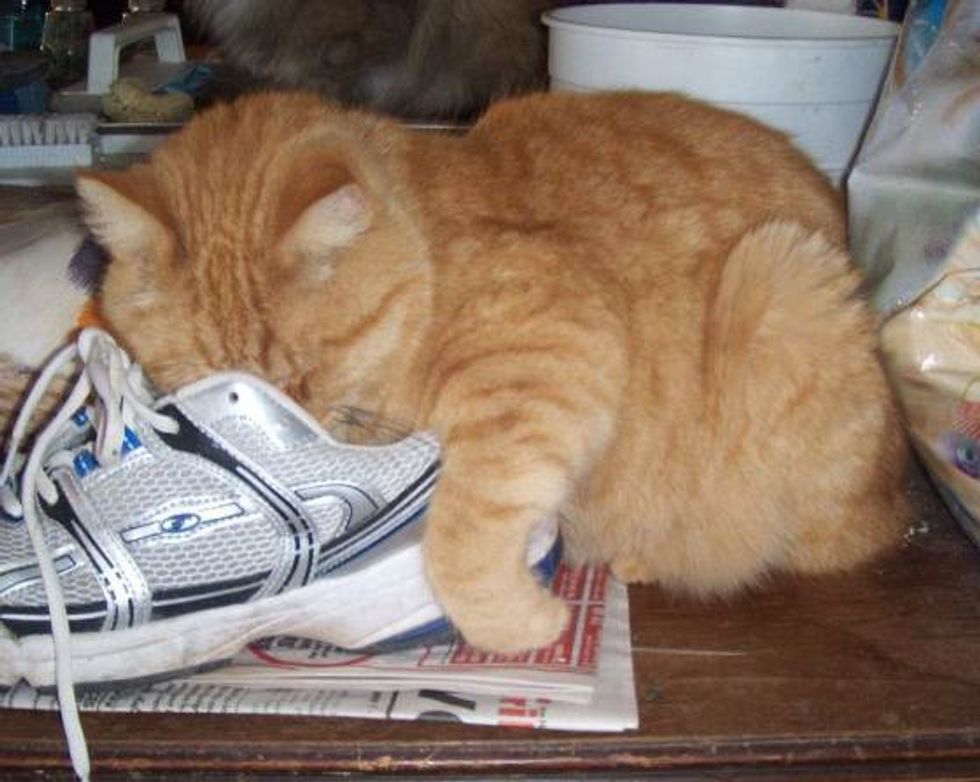 Whitey is one of their long time residents of the S.A.F.E. room (Save a FeLV From Euthanasia) in The Kat Barn. Their Feline Leukemia residents have their own area in The Kat Barn and they have their own patio door and outside screened in catio playroom. Whitey spends a LOT of time out there. Feline Leukemia cats 'can' live long lives. C & W assume Whitey is simply a 'carrier' and will not become symptomatic for years. He still needs to live separately from other cats at the shelter. He has many roommates and Whitey is over ten years old. He joins T.J., Carver & several others who have lived past 5 years into ages 7-10. Whitey also goes to the nursing home with the staff as he is the biggest of kitties, but also has the biggest and gentlest personality. 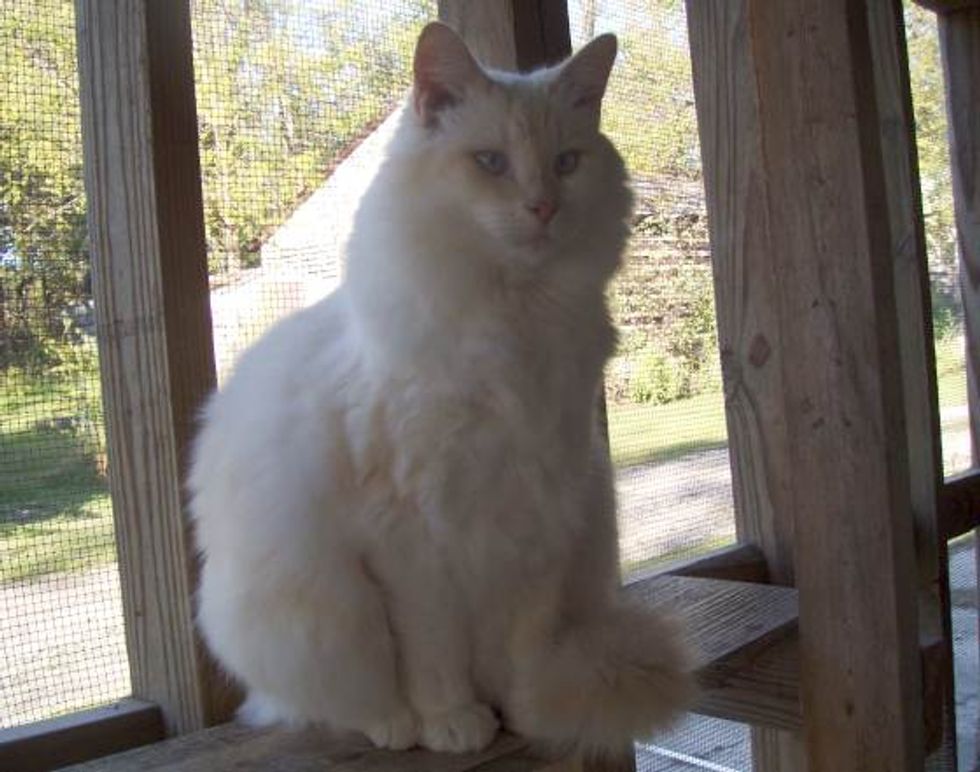 Marbles doing her "pretty paws." She sits up and makes those paws go up and down so fast... really cute. 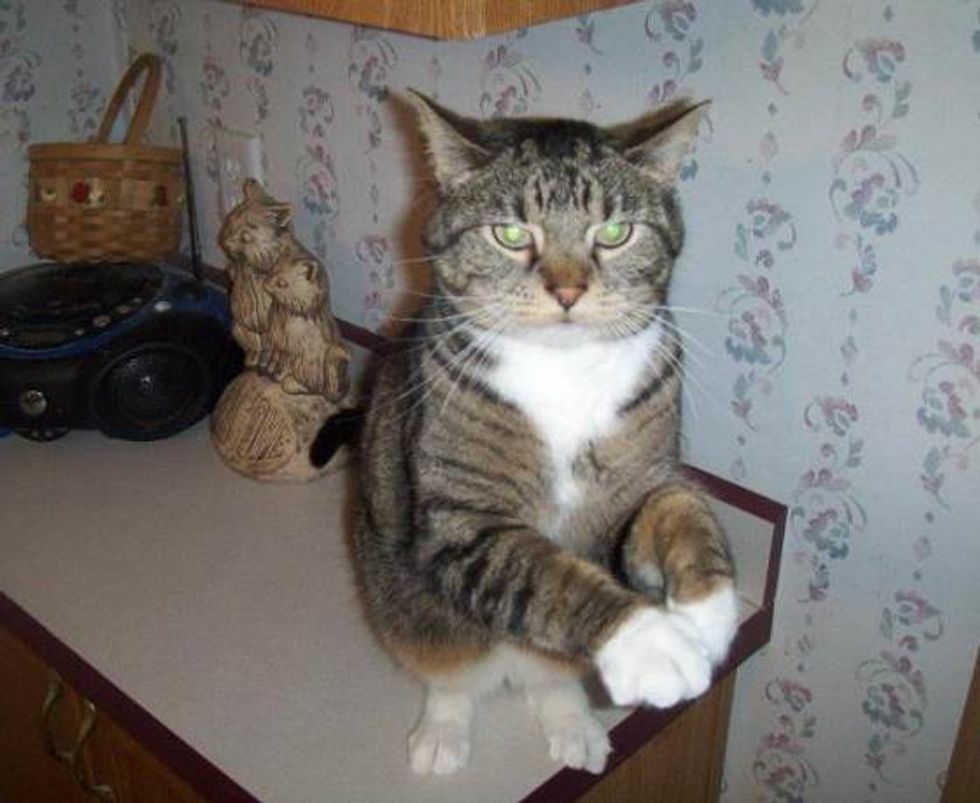 Big Al hails from New Mexico. He is an FIV kitty (Feline Immunodeficiency Virus) and in spite of the fact he missed his first flight via plane because he escaped his carrier, panicked and jumped out of the car when the door opened near the airport. Fifteen miles and two weeks later, Big Al found his way to a kind person who took him to the vet and discovered he had FIV. She called her friend in rescue (15 miles from her) and sent her a picture. Sure enough, it was BIG AL. He did NOT miss the second flight and arrived ready to be a couch potato. And he is. 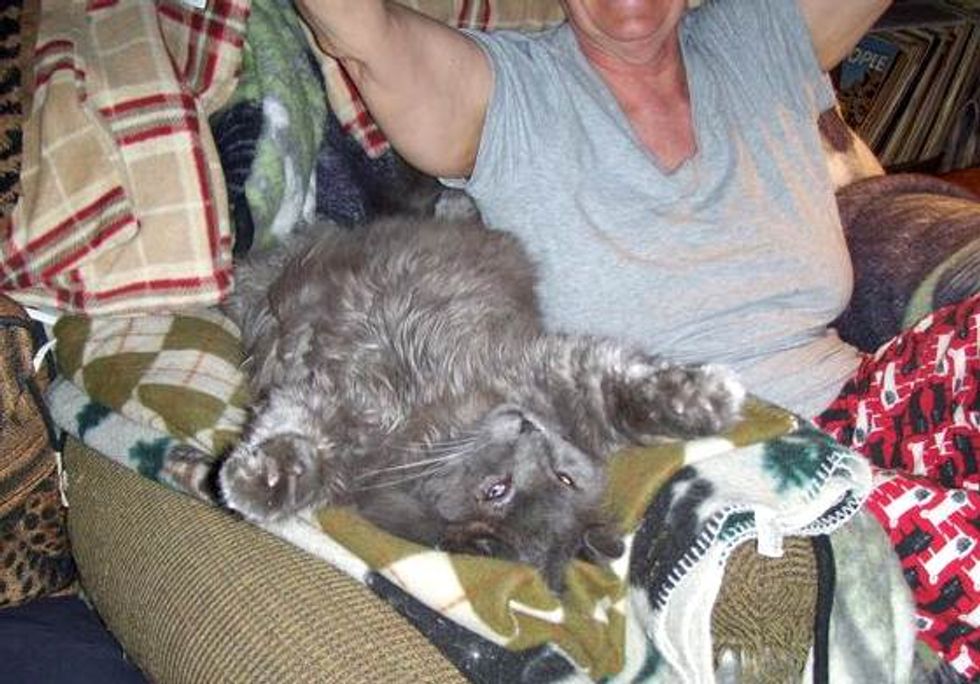 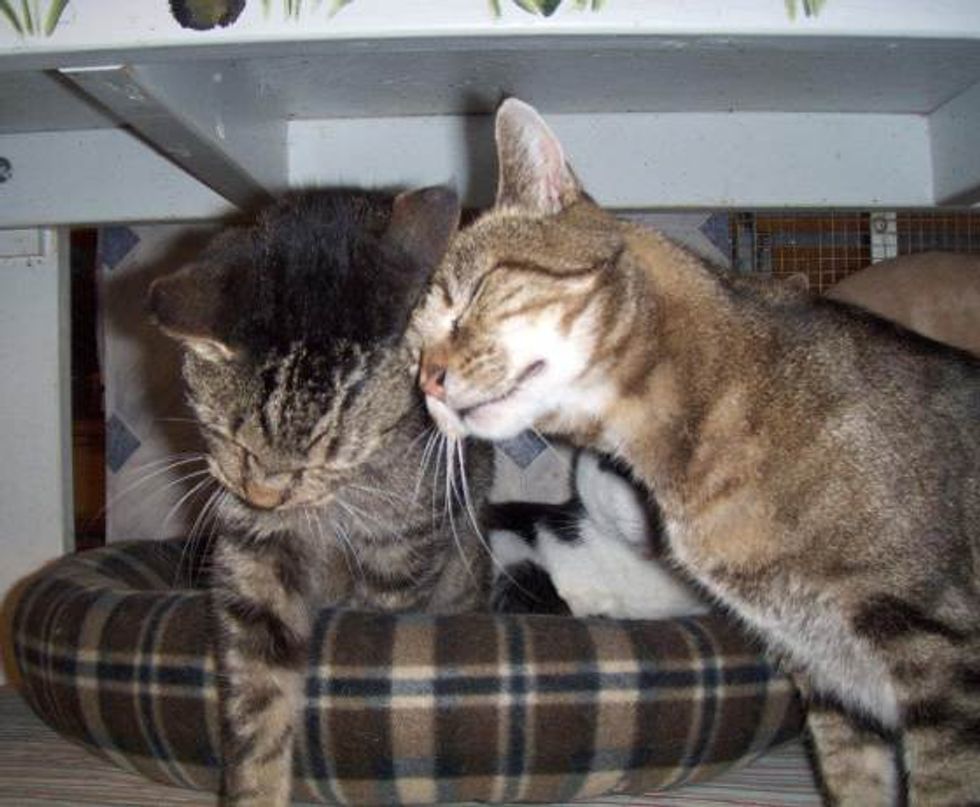 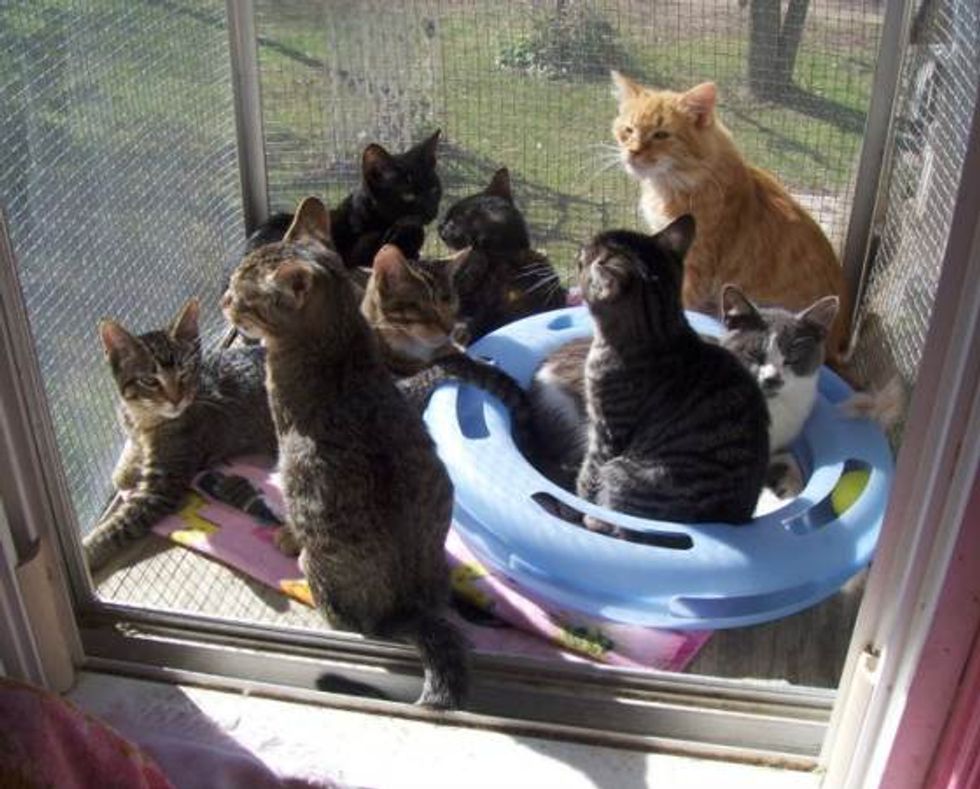 Love Meow is happy to contribute to C & W Rustic Hollow Shelter through our Save Meow Project. Other rescue groups we featured in the past.